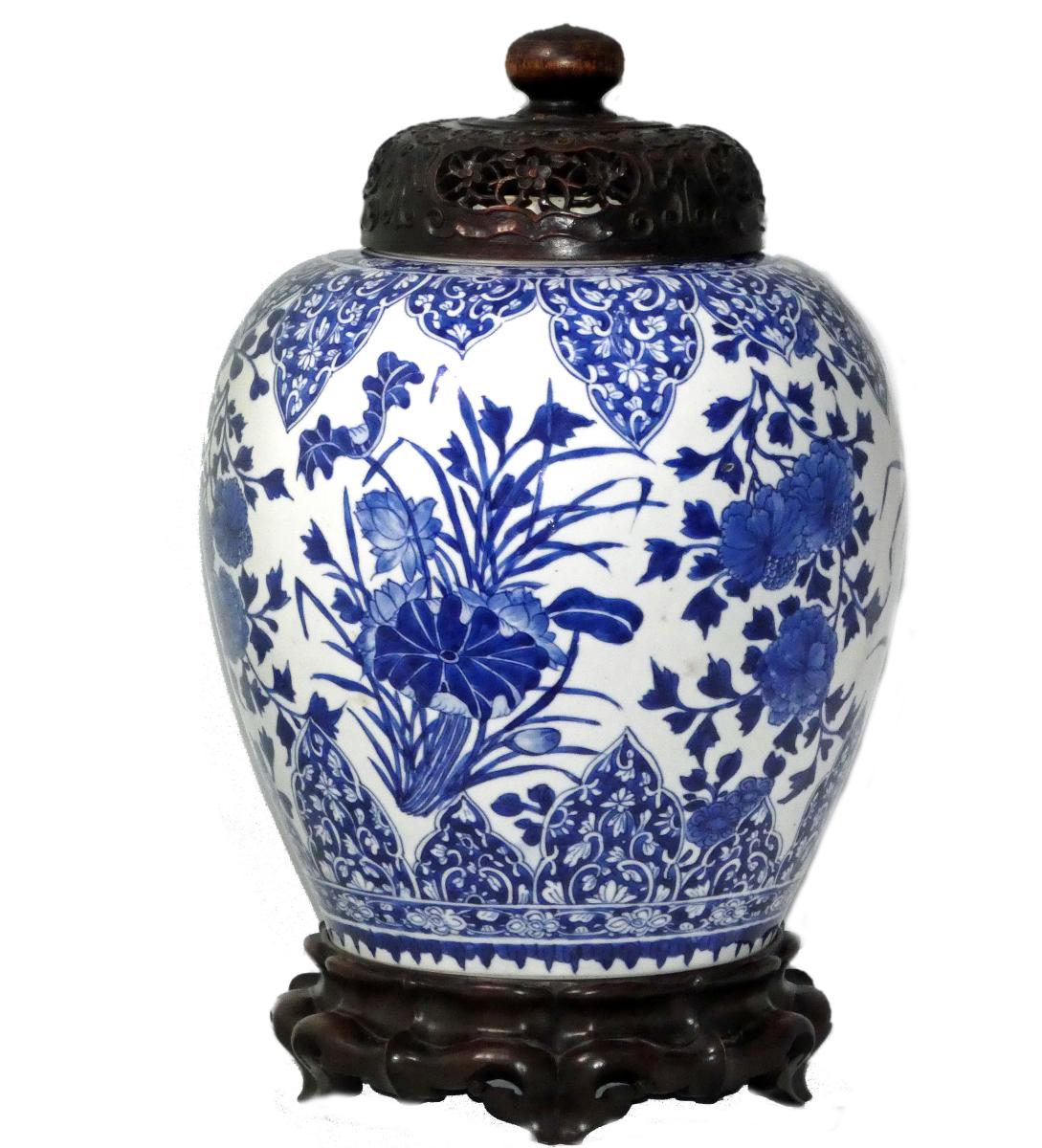 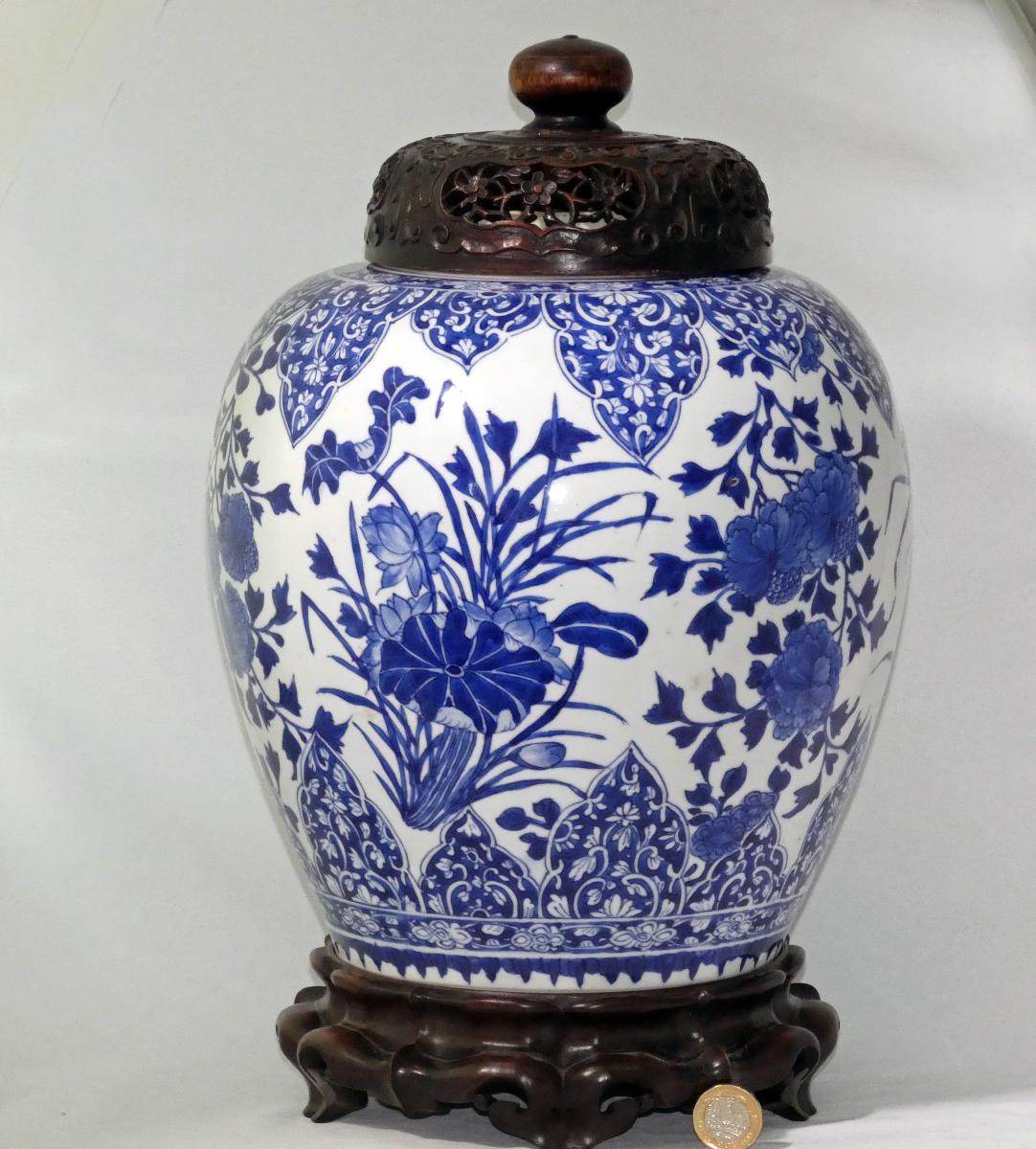 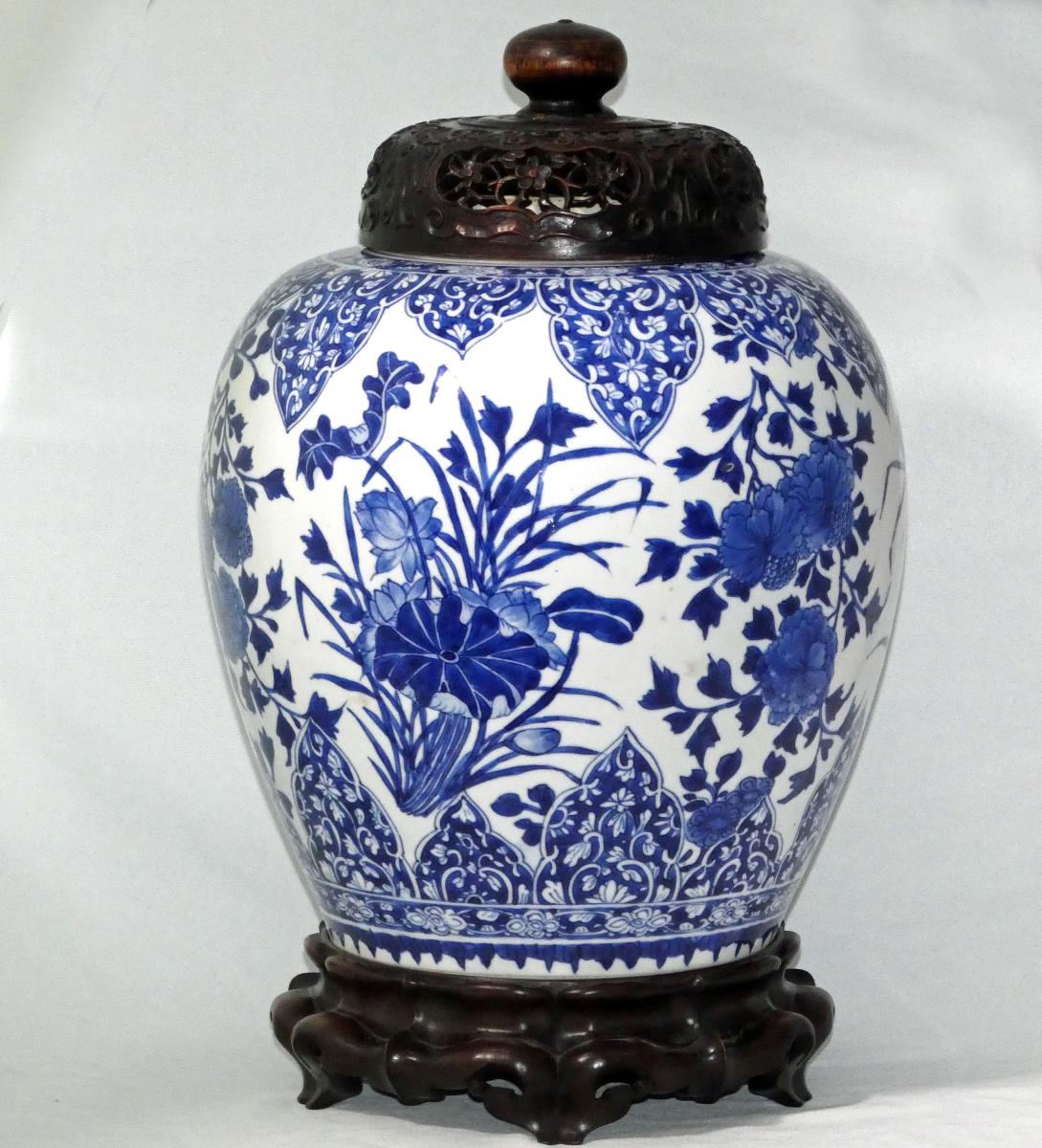 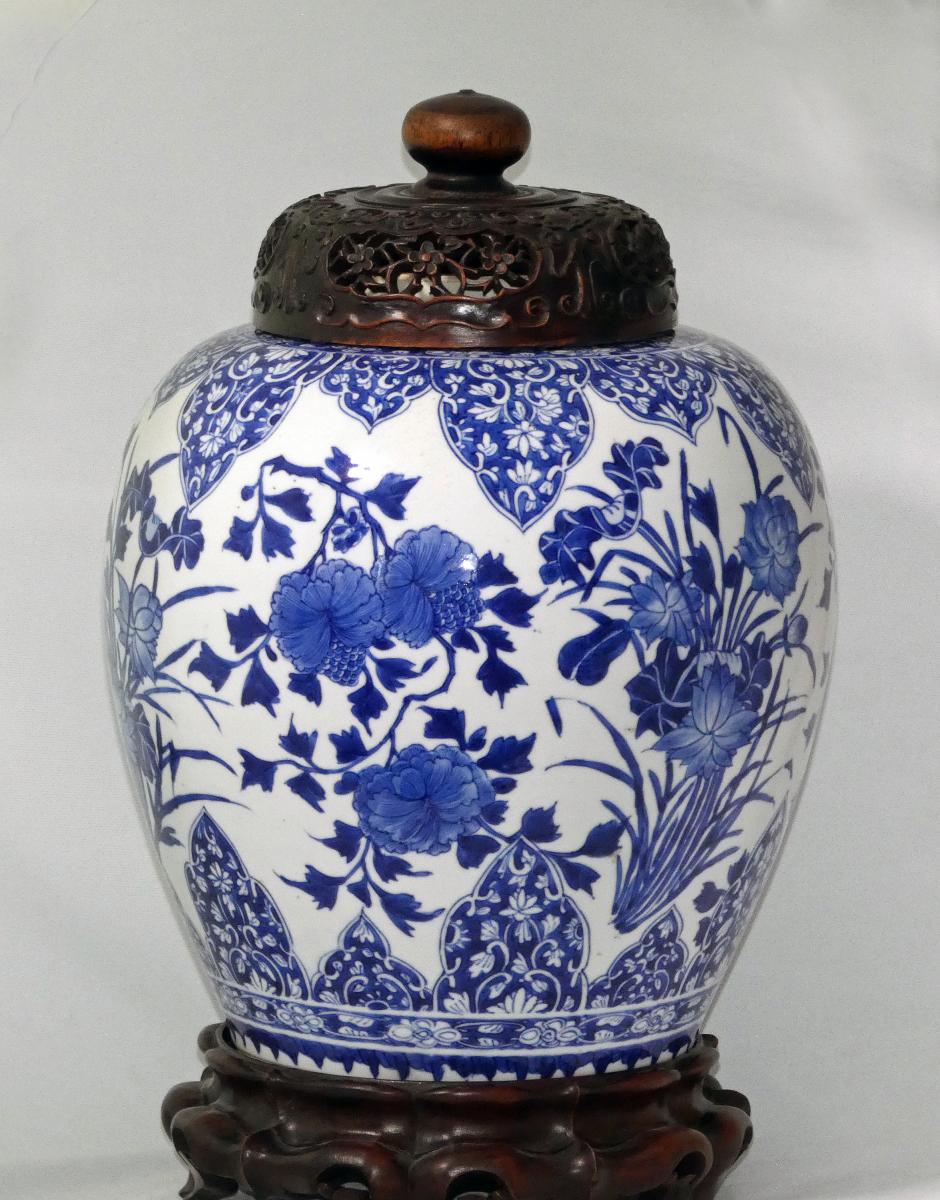 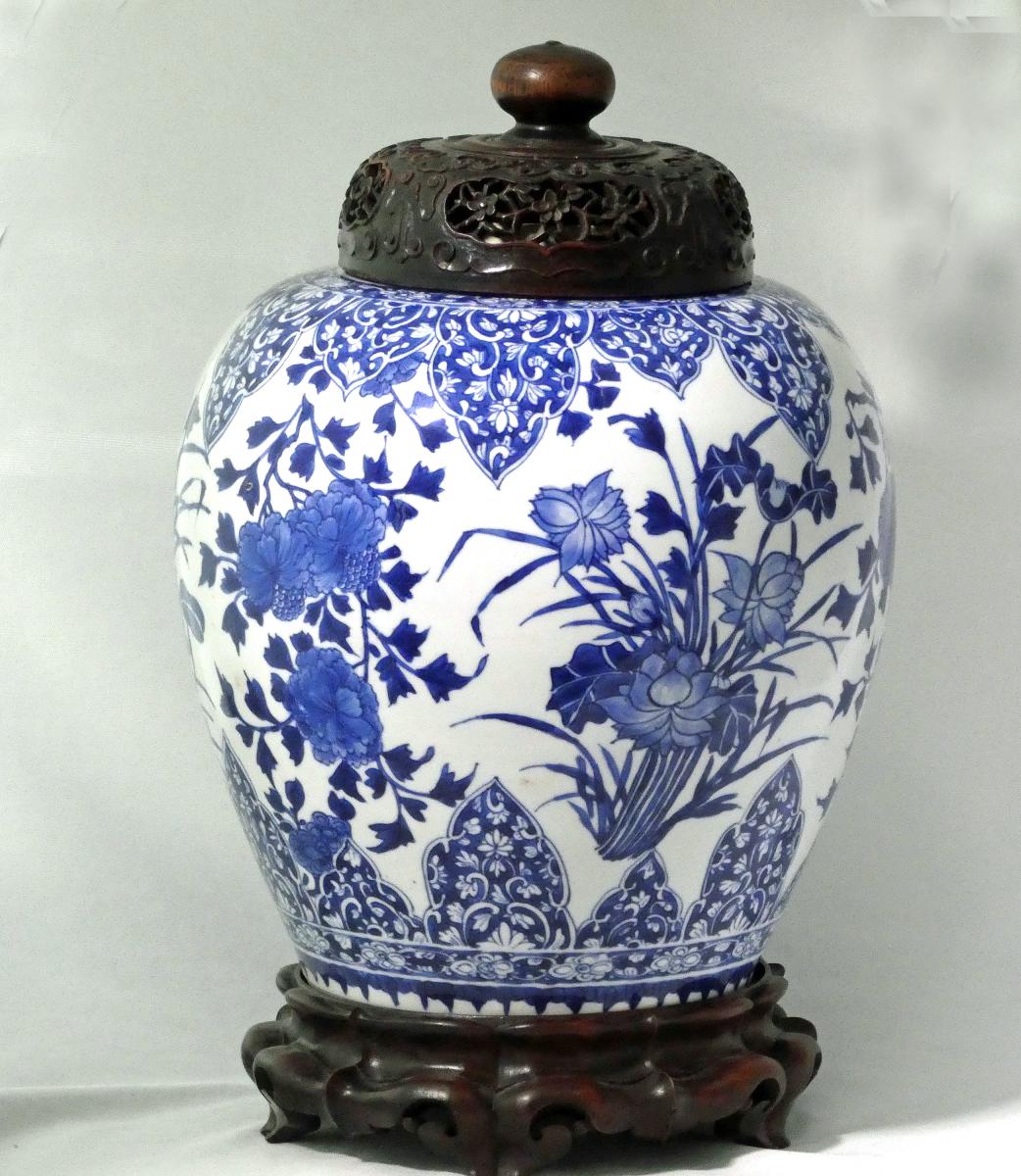 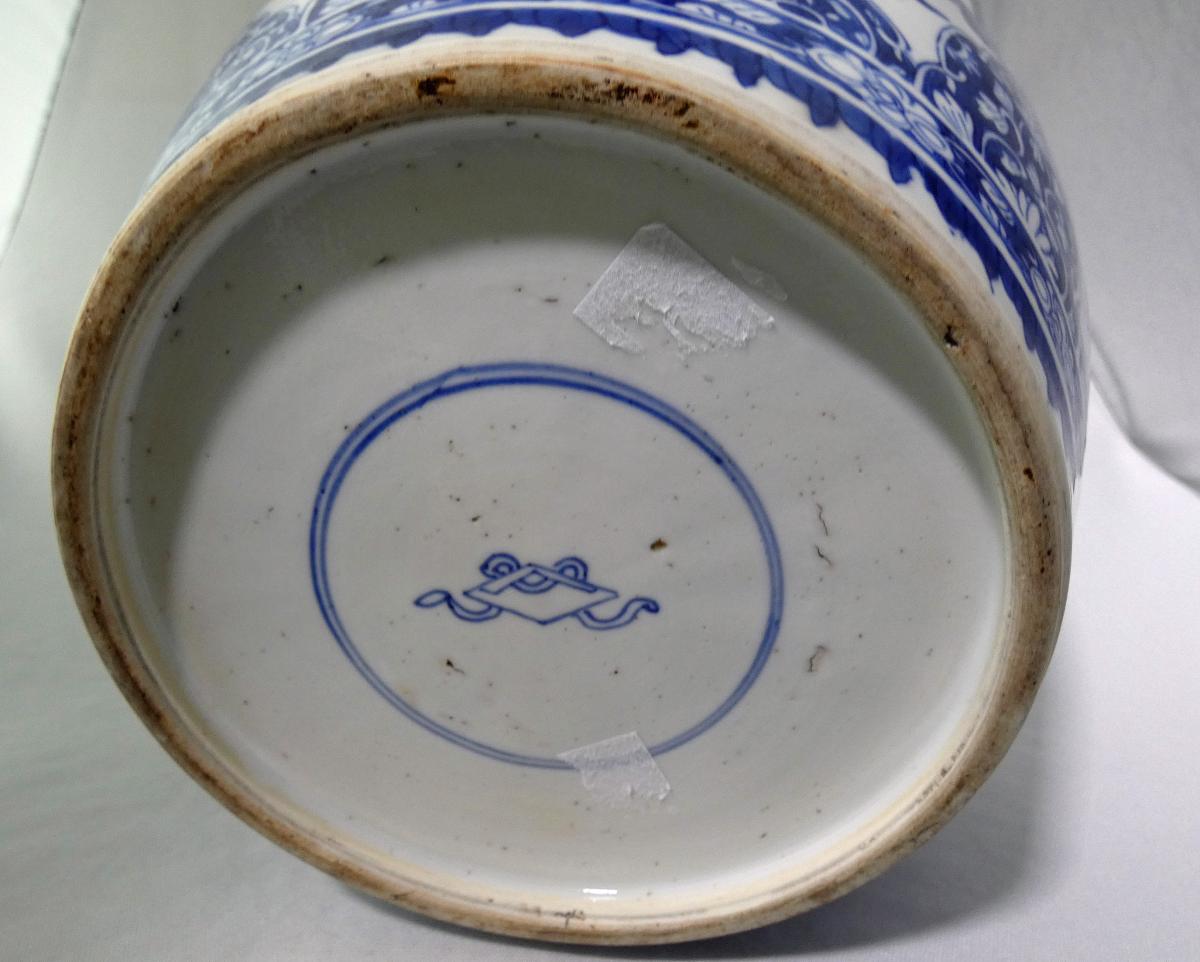 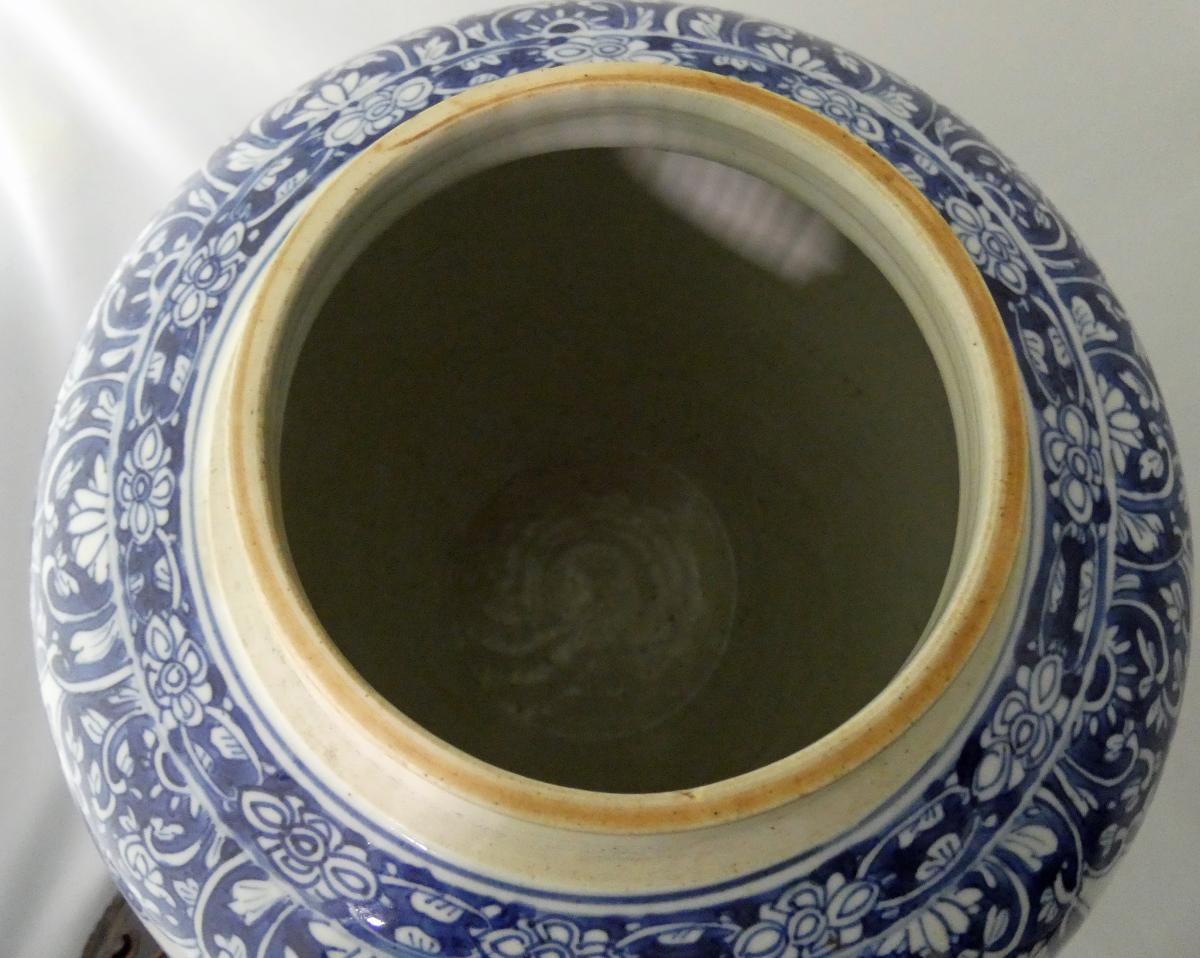 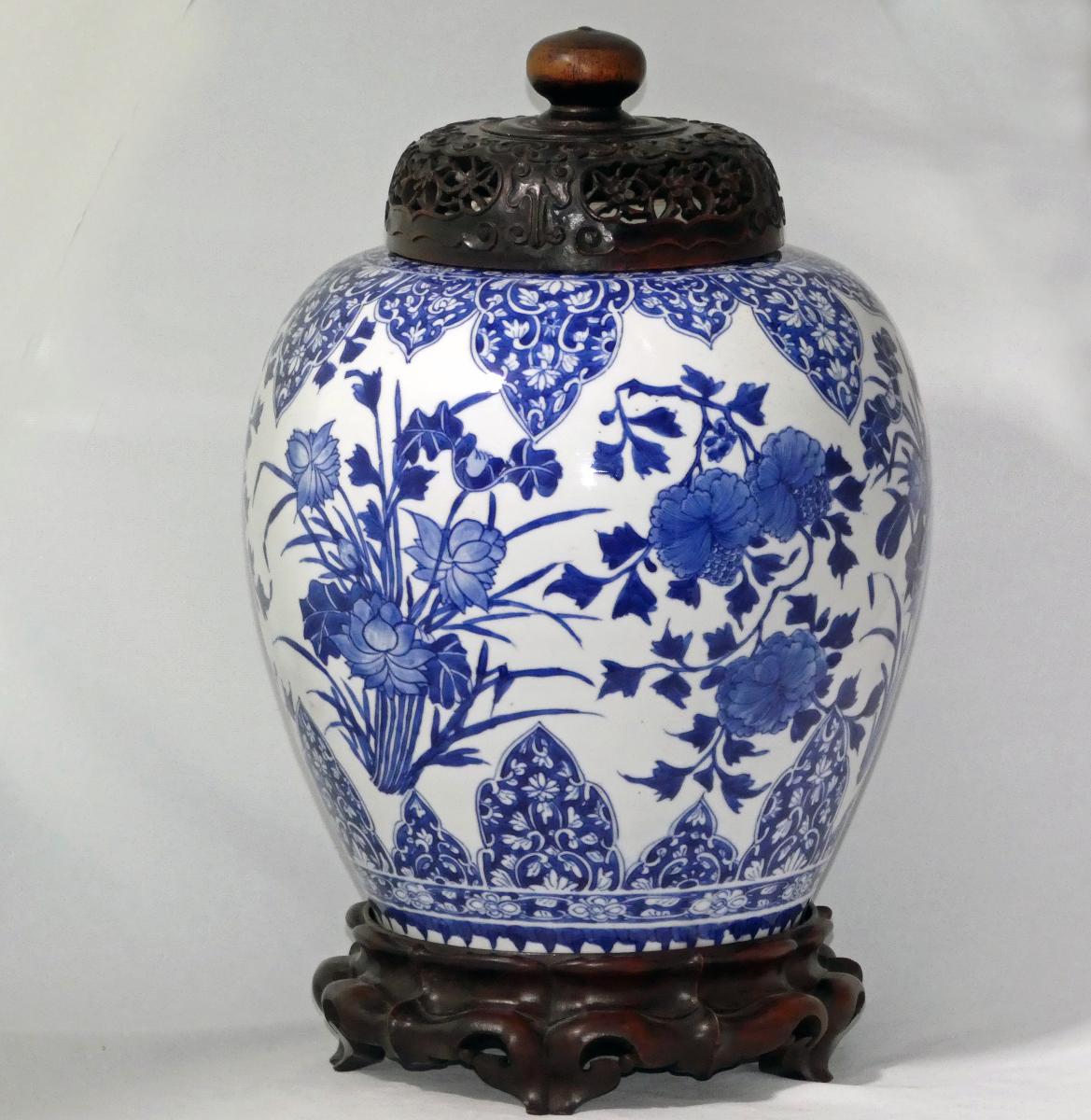 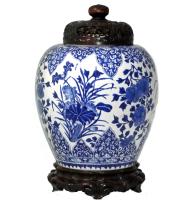 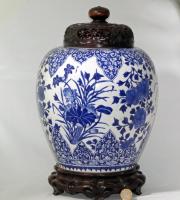 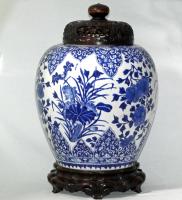 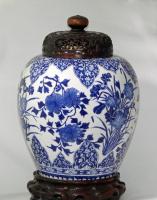 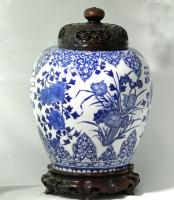 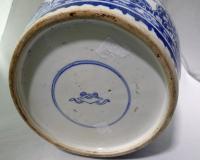 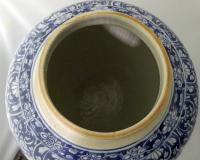 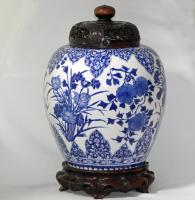 Kangxi 1662-1722 blue and white large ovoid jar with replacement wooden lid and wooden stand.  Made at the kilns at Jingdezhen for export to Europe at the start of the 18th century circa 1710.

The borders to the top and bottom are floral leaf shaped lappets the infill of floral design are based on scrolling lotus.

The base of the jar has the lozenge mark but tied with ribbons - a good mark.

In Chinese folklore the lotus represents purity, being so white but  often growing out of muddy water.  It is the emblem of summer and because it is a beautiful flower it is the symbol of Daoism.  The Chrysanthemum is one of the four noble flowers it is for generosity and is also the emblem for spring 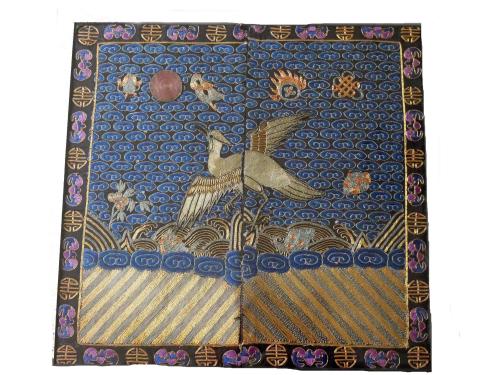 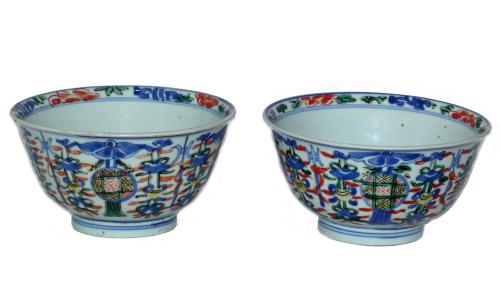 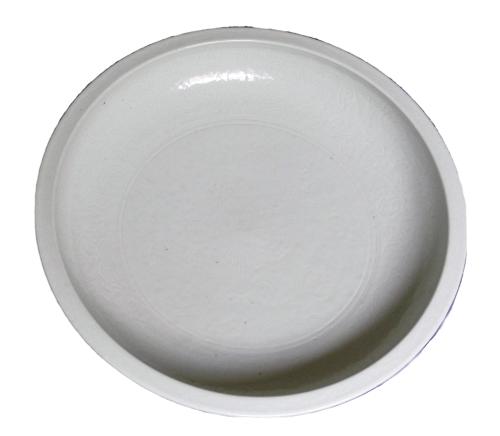