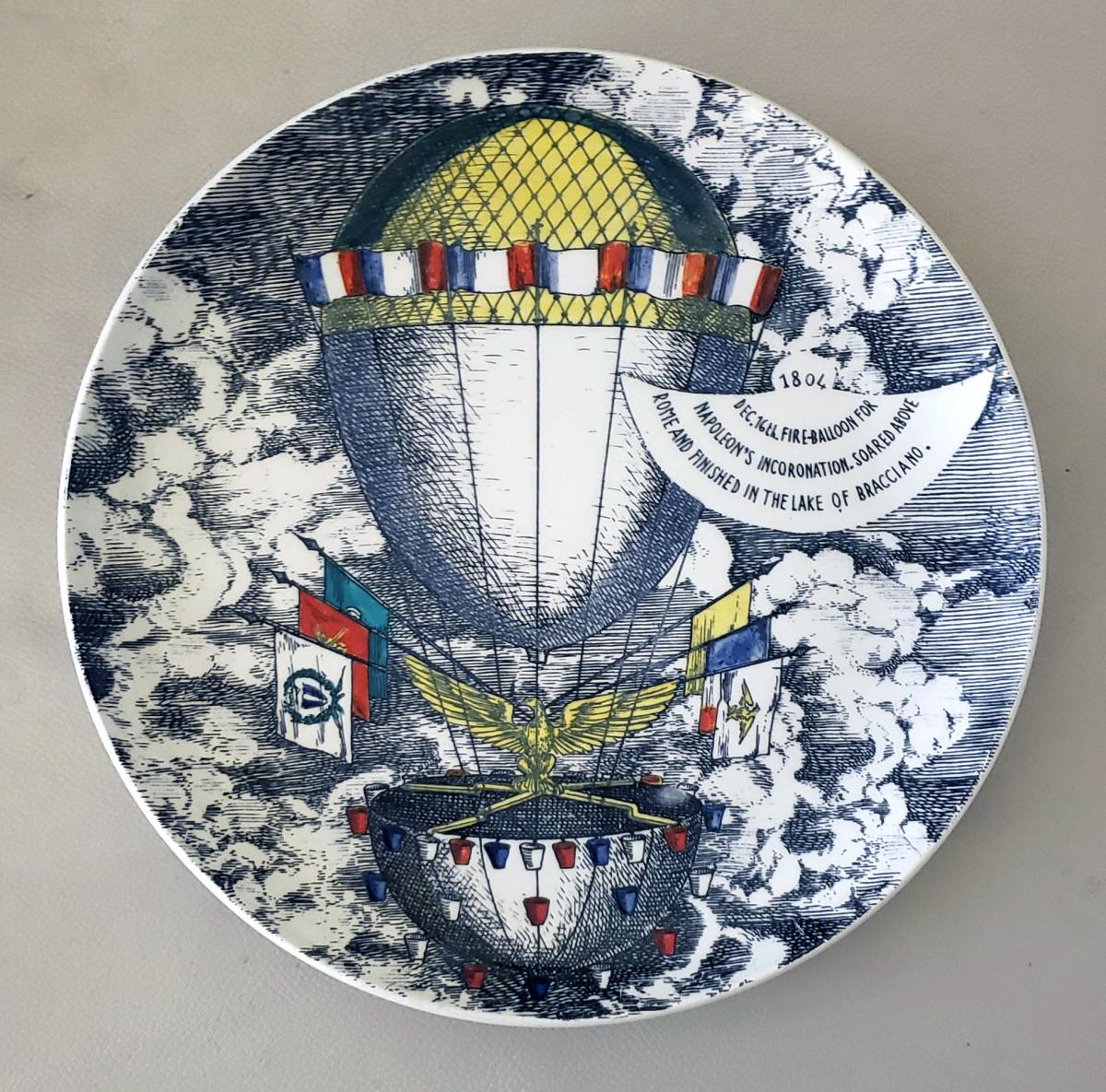 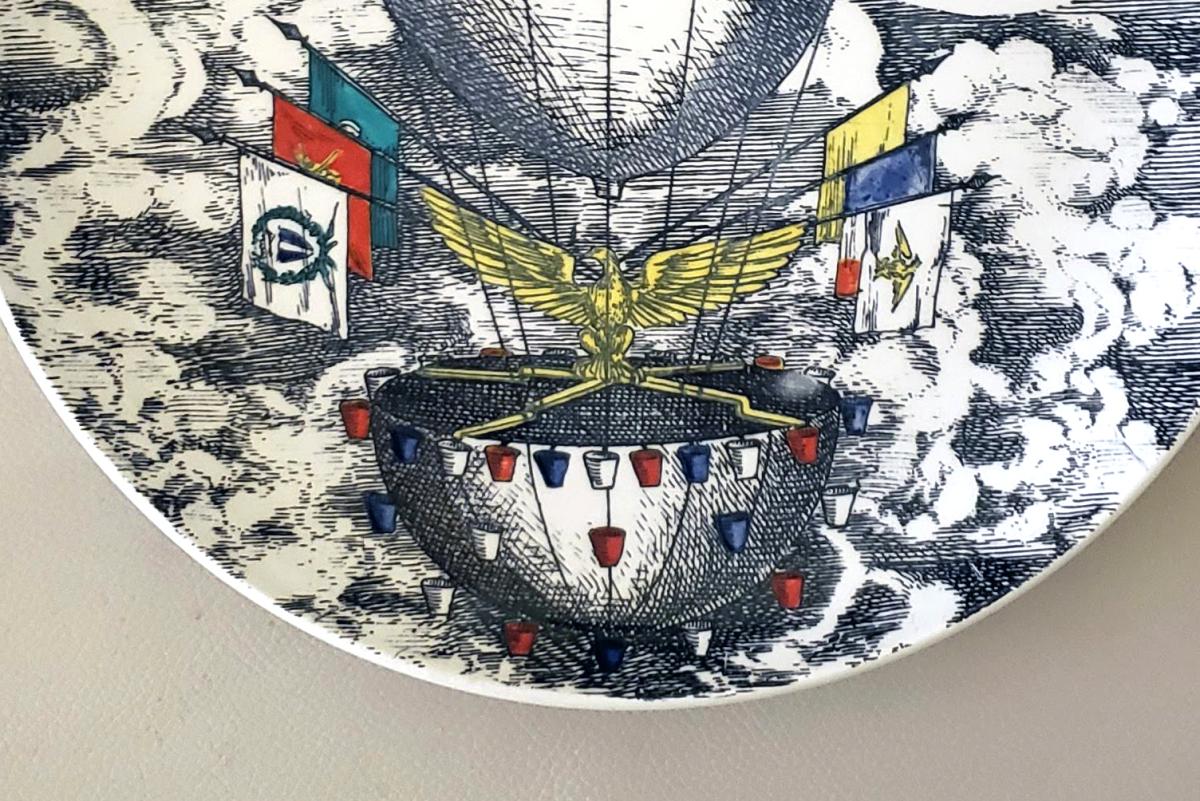 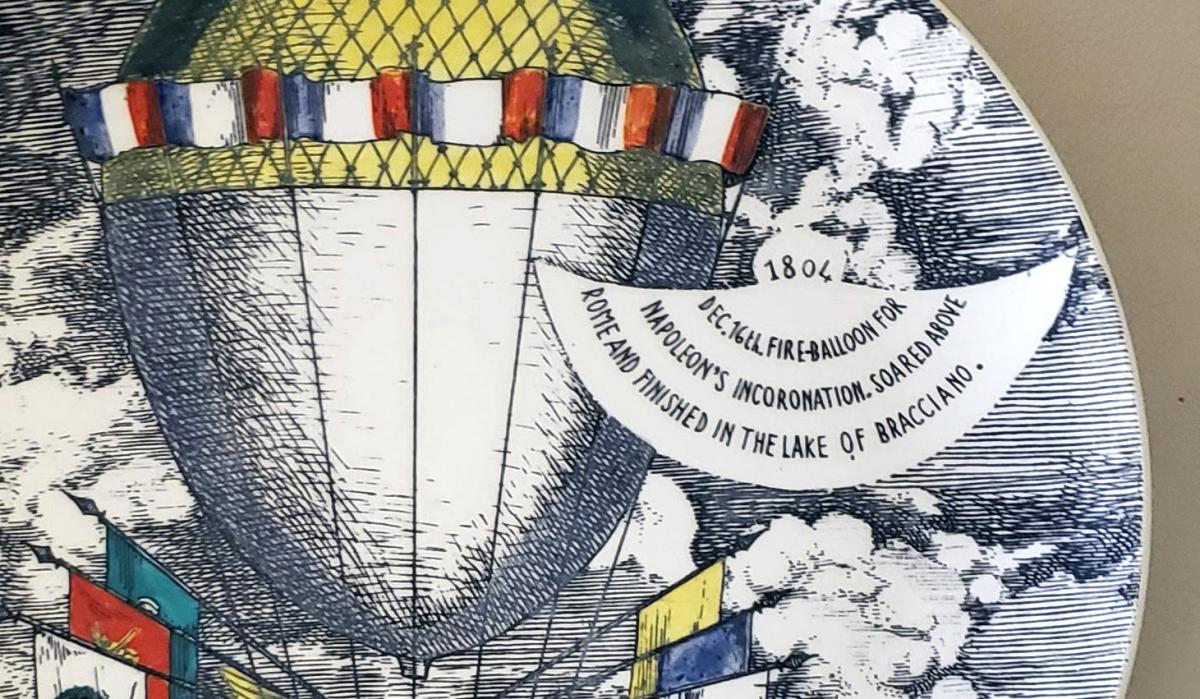 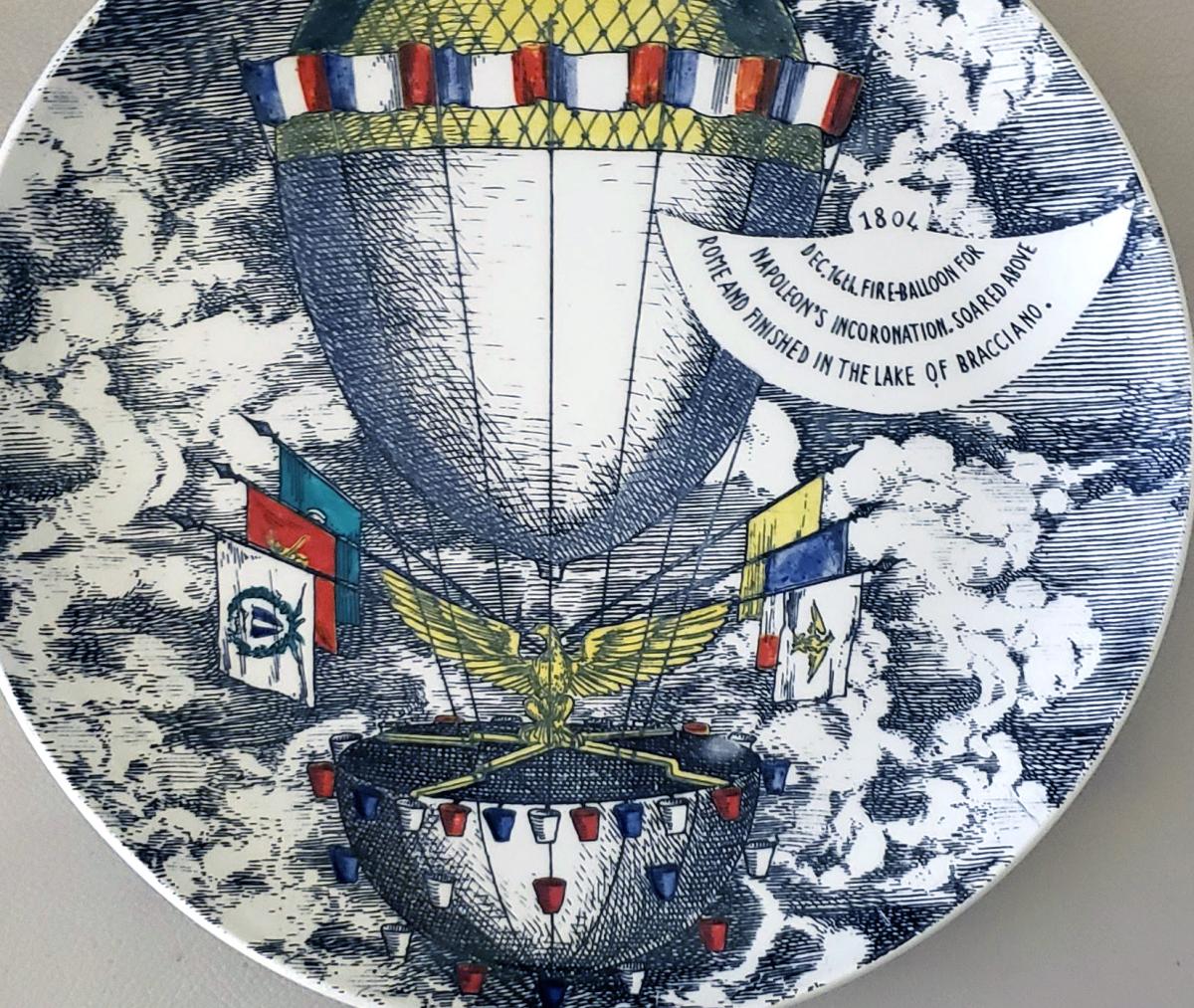 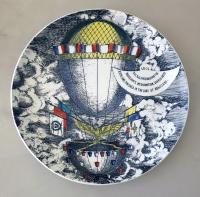 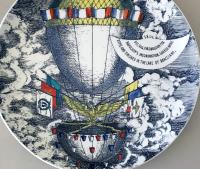 The large Piero Fornasetti plate depicts a large hot air balloon with a panel describing the image titled "1804/ Dec. 16 Fire-Balloon For/Napoleons incoronation soared above/ Rome and Finish up in the Lake of Bracciano".

When Napoleon decided that he would be crowned emperor of France in 1804, he asked Jeanne Genieve Garnenin and her husband, Andre Jaques Garnenin, who were their Official Aeronauts, to offer an aerial spectacle to celebrate the occasion.

The couple built a huge unmanned balloon and decorated it with a large crown of three thousand lights. It was launched on the day of the ceremony, December 2 in front of the cathedral of Notre Dame. Once in the air, the wind would take the aerostat to cross the Italian border and with amazing precision sent it over the tomb of the infamous Roman emperor Nero. The crown, conceived as a celebration of Napoleon, detached itself from the aerostat and landed with a certain parsimony air over the monument of the dead Emperor, while the balloon continued to fly and was later captured over Lake Bracciano. The Italians were furious and amused to the same extent, and their newspapers took the opportunity to highlight some unflattering similarities between Bonaparte and Nero.

Mark: Image of hot air balloon with a number on its side and below- Mongolfiere/Fornasetti/ Milano/Made in Italy and to the right the Fornasetti hand and brush. See  Fornasetti: The Complete Universe, Barnaba Fornasetti, Page 616, #167 for four examples from set. 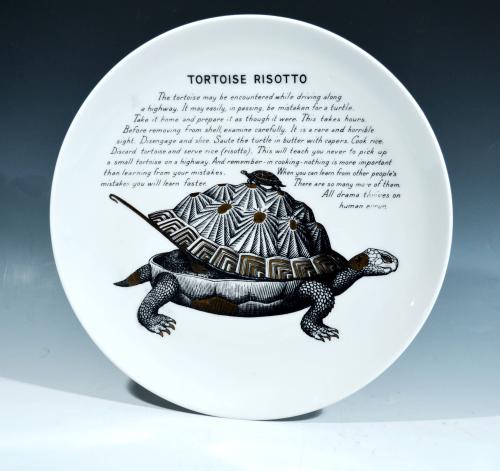 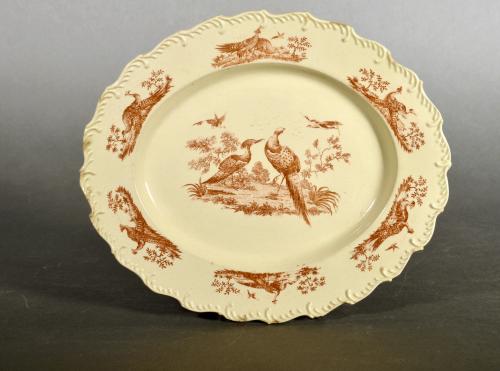 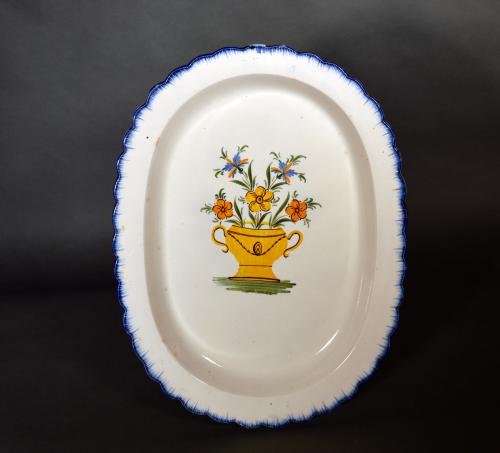