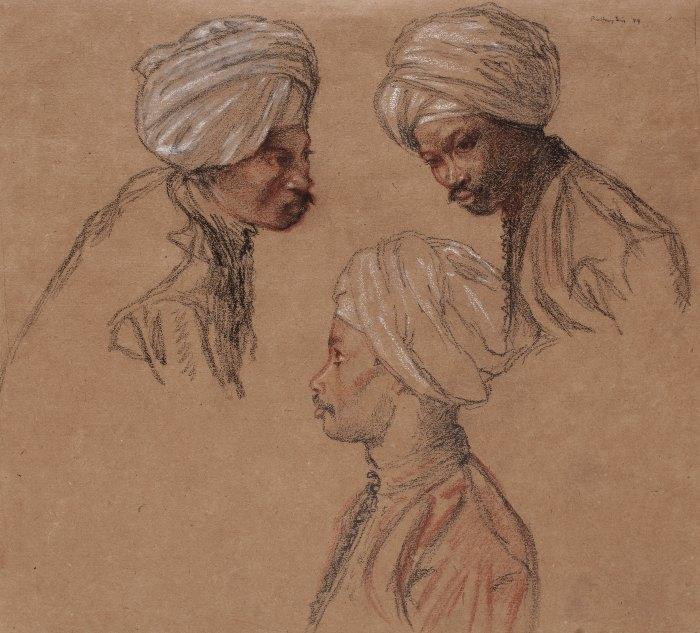 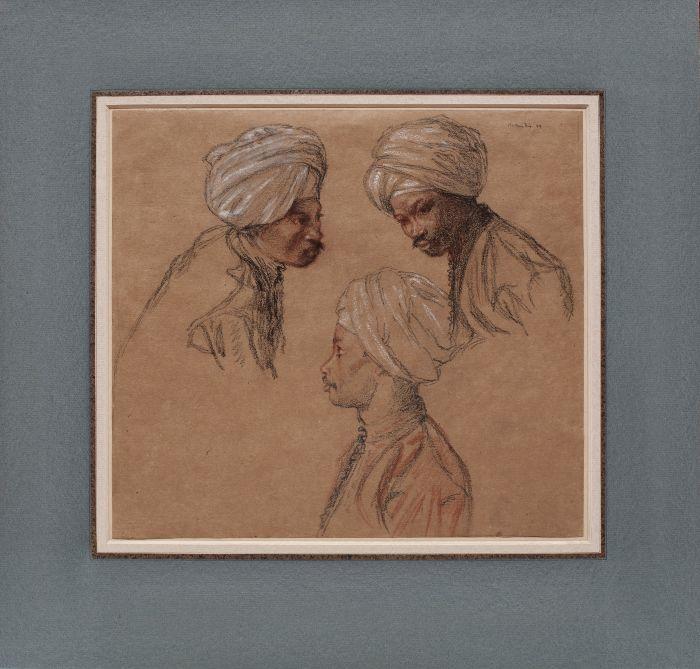 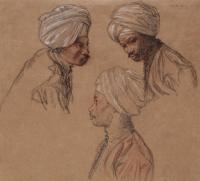 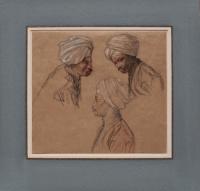 Three studies of a man wearing a turban

The artist’s training at the Academie Julien is reflected in this elegant and rather French looking drawing aux trois crayons drawn in 1899.

Countess Bathurst was a successful model for couturiers such as Jacques Fath and Christian Dior as well as featuring in Vogue.  Born Gloria Clarry, she married William Rothenstein’s nephew, the lawyer David Rutherston (1925-1975) in 1965, the son of the artist Albert Rutherston (1881-1953).