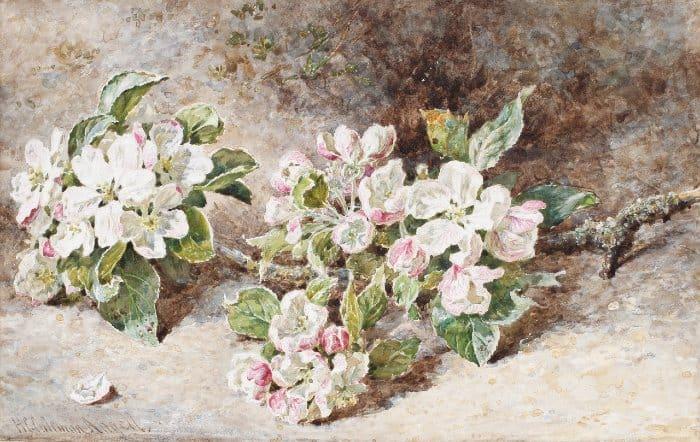 The artist was anointed as his successor by William Henry Hunt whose enthusiasm for still life subjects she shared. This work can be dated to 1874-1784 as she married and took the name of her husband in 1874. Her later style was looser than her early work.

She was the fifth daughter of twelve children of Henrietta Dendy and William Thomas Coleman, a physician and was schooled at home. Along with her sister, the pottery artist Rose Rebecca Coleman, she was taught painting and drawing by her older brother  William Coleman who kept an art pottery studio in South Kensington and whom she helped make designs for Minton.

Her early watercolours were first exhibited in the Dudley Gallery in London in 1864 thanks to the connections of her brother William.

She married Thomas William Angell, a postmaster and an amateur artist, on 15 October 1874. The following year she joined the Royal Institute of Painters in Water Colours but resigned after she became an A.O.W.S.

Angell became Flower Painter in Ordinary  to Queen Victoria from 1879 until her death, succeeding Valentine Bartholomew. 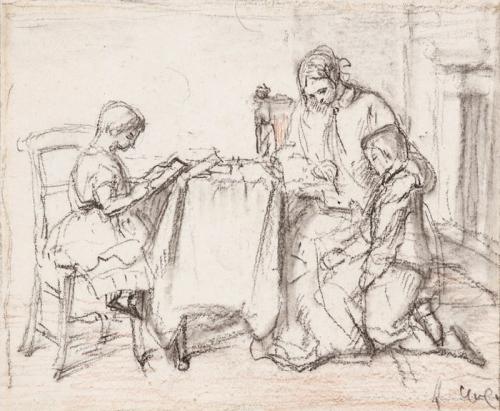