Self-portrait with her head resting on her hand, Emily Reynolds-Moreton (d. 1900) 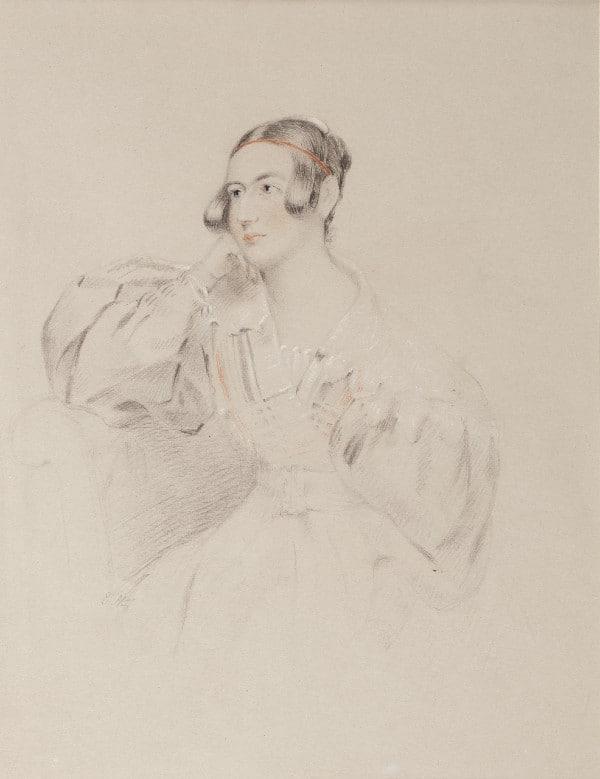 Self-portrait with her head resting on her hand

Pencil with red and white chalks on buff paper

The subject of this drawing, Lady Emily Dundas, née Reynolds-Moreton, was the fourth daughter of Thomas, 1st Earl of Ducie and the most talented artist of the five sisters.

In 1847 she married Admiral Sir James Whitley Deans Dundas, GCB, (1785-1862) as his second wife. He became the First Naval Lord in Lord John Russell’s ministry in July 1847 and they lived at Admiralty House and moved in court circles in London.

Lady Emily is recorded as accompanying her husband on many official engagements such as inspecting the fleet, from Cork to Malta. He was appointed Commander-in-Chief in the Mediterranean in 1852 and led all naval operations in the Black Sea, including the bombardment of Sevastopol in October 1854 during the Crimean War.

She went with him to Turkey, as many wives did, and took a house at Therapia. Lady Dundas evidently enjoyed a good social life during the war and is recorded as attending a picnic for twenty-seven on the summit of the Giant’s Mountain, Therapia, organised by the Earl of Carlisle.

Lady Emily Dundas was the sister of Augusta Raymond-Barker’s stepmother, Lady Catherine Reynolds- Moreton, who married John Raymond-Barker of Fairford Park in 1841 as his second wife. This drawing comes from a friendship album assembled by Augusta.