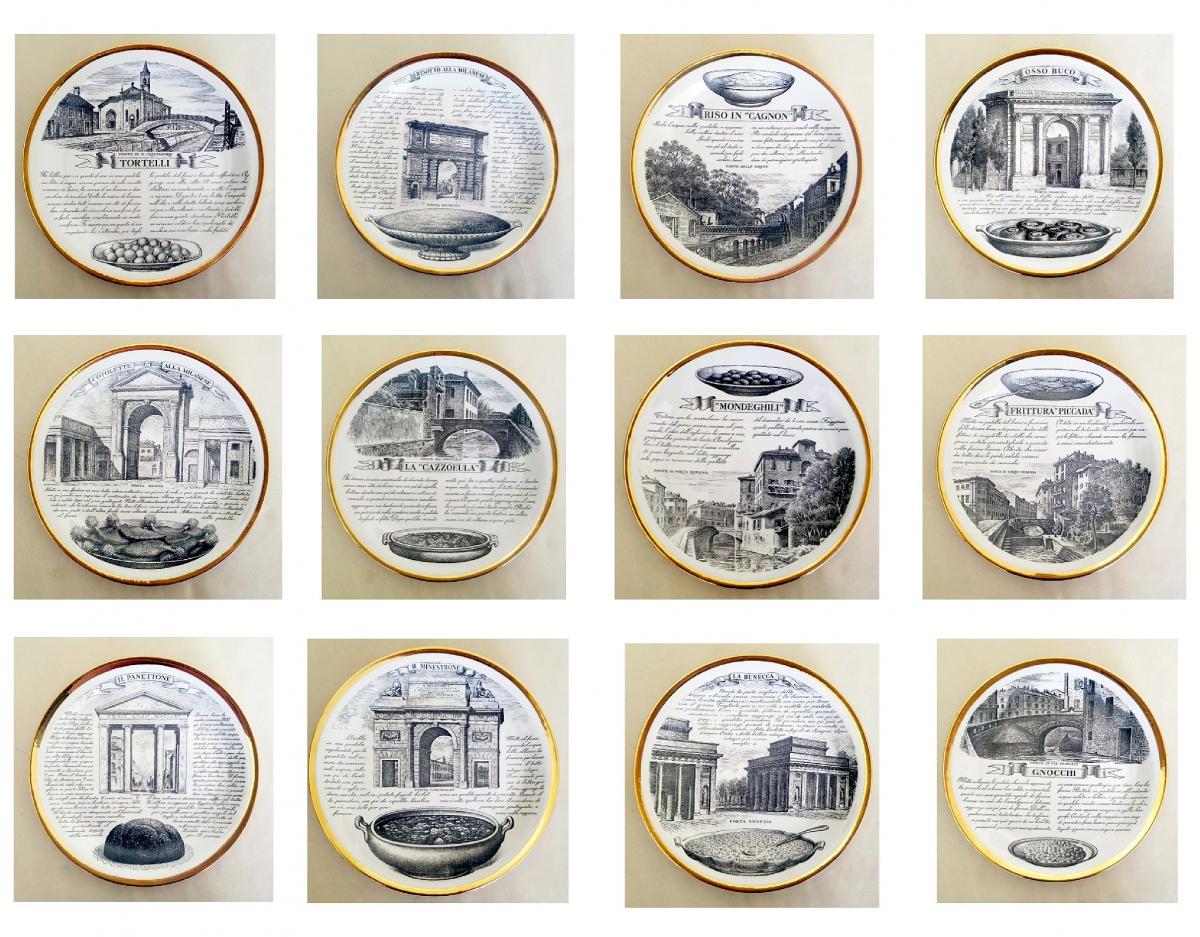 The complete set of twelve Specialità Milanese porcelain plates designed by Piero Fornasetti are each designed with a different traditional recipe.

They have a gold band surrounding the rim. Each plate shows the title of the recipe, the actual recipe in Italian, an image of the pot in which it is presented and a local landmark.

Fornasetti: The Complete Universe, Barnaba Fornasetti, Page 618, #175, where the author writes about the Specialita regionali italiane series, "The project, a truly large undertaking, involved presenting culinary specialties most representative of certain regions or cities in Italy, with each plate, bordered in gold, depicting a monument, a recipe, and a container in which the dish was traditionally served. 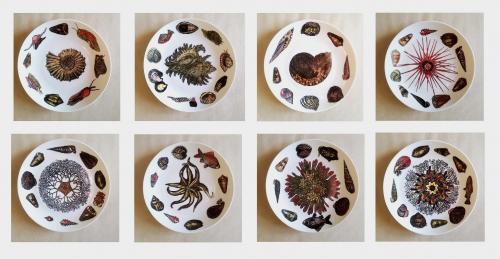 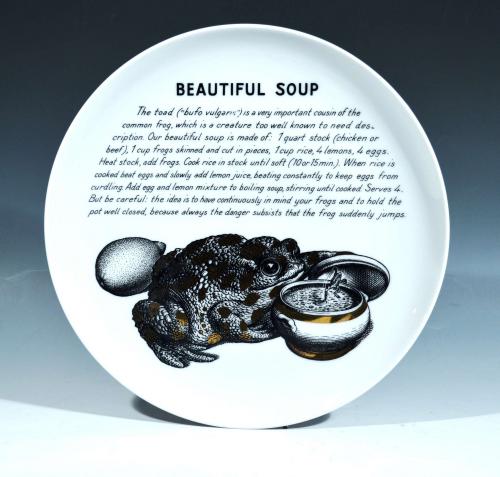 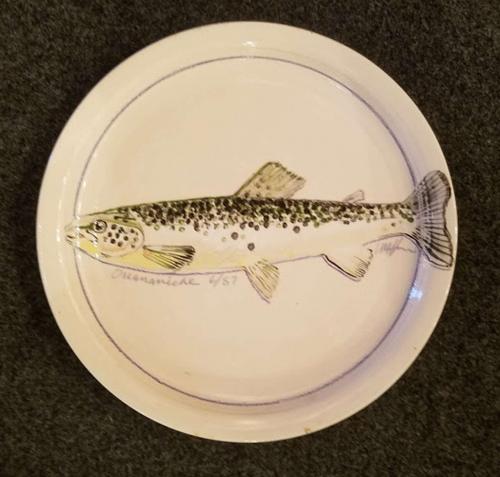