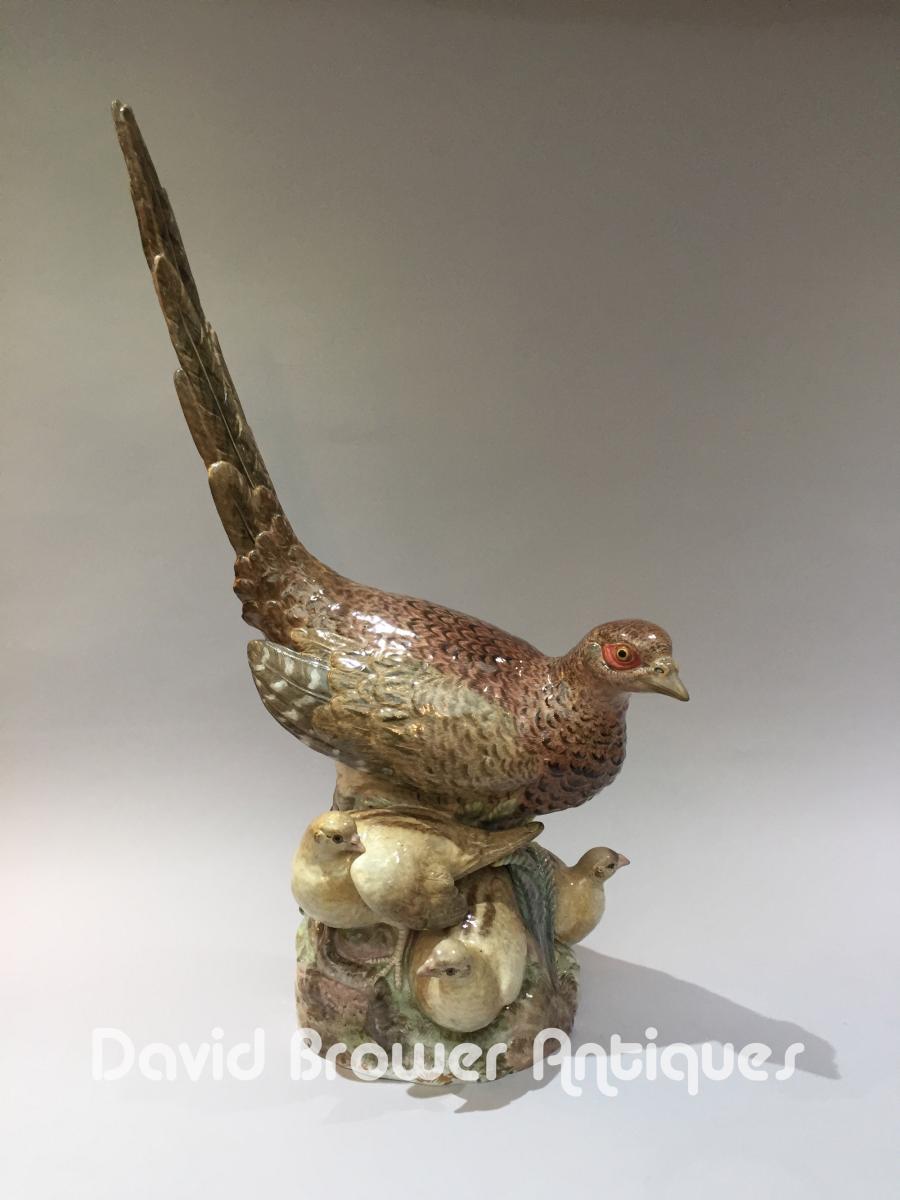 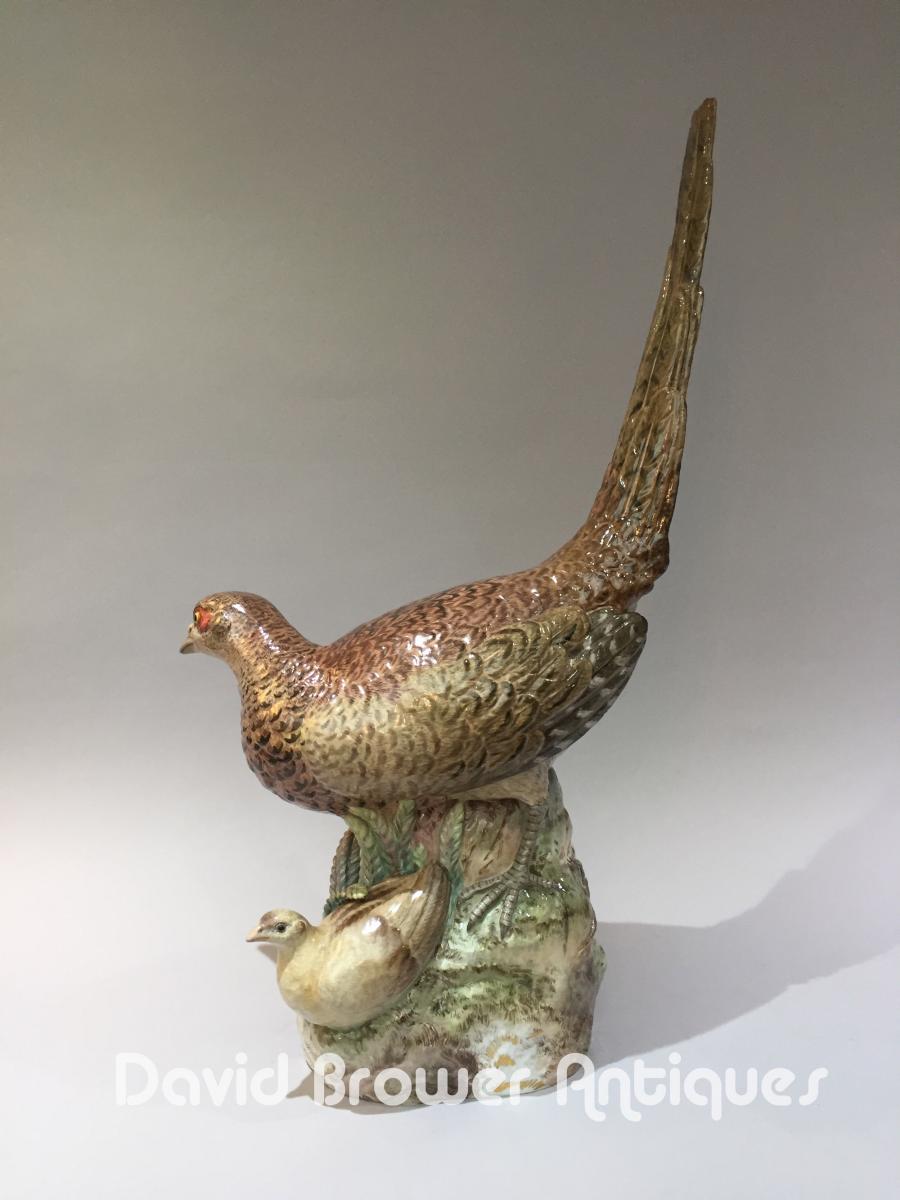 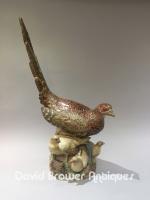 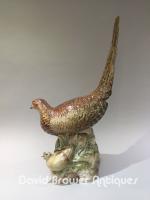 This very rare Meissen porcelain sculptural group of a pheasant and her chicks was first conceived and modelled by Johann Joachim Kaendler (listed in his work report of March 1735), for Augustus the Strong’s porcelain menagerie, to adorn the Japanese Palace where major remodelling work had begun in 1728. This large porcelain commission was intended to compliment his live collection at Moritzburg and his stuffed specimens too. However he was never to see completion of the project as he died in 1733. Despite this, progress on the project continued and in 1735 half of the 910 vases ordered were delivered for display, together with approximately 300 large scale Meissen porcelain animals including the pheasants. Many of these pieces can be seen today in the Zwinger Museum further down the Elbe River from the Japanese Palace in Dresden.

The history of porcelain manufacture in Europe began at the Meissen factory, established in 1710.  Still very much in its infancy, this meant that the original figures produced, had many firing cracks and imperfection, where natural weaknesses gave way to the strains of the size of these vast porcelain sculptures.

This group, produced in the 19th century and probably for exhibition, is complete with its superbly detailed, fired enamel decoration.  It is still a marvel of porcelain manufacture at the hands of the Meissen craftsmen who faced the same challenges, despite advancements in porcelain production techniques. 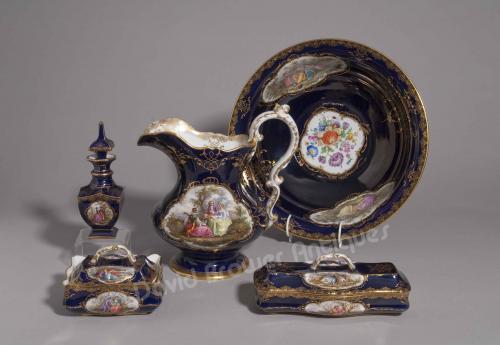 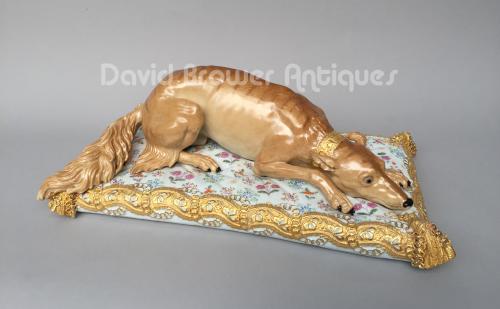 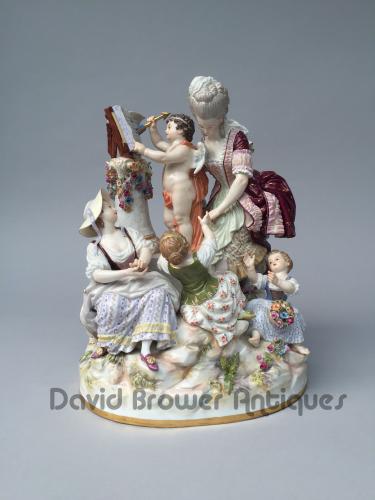