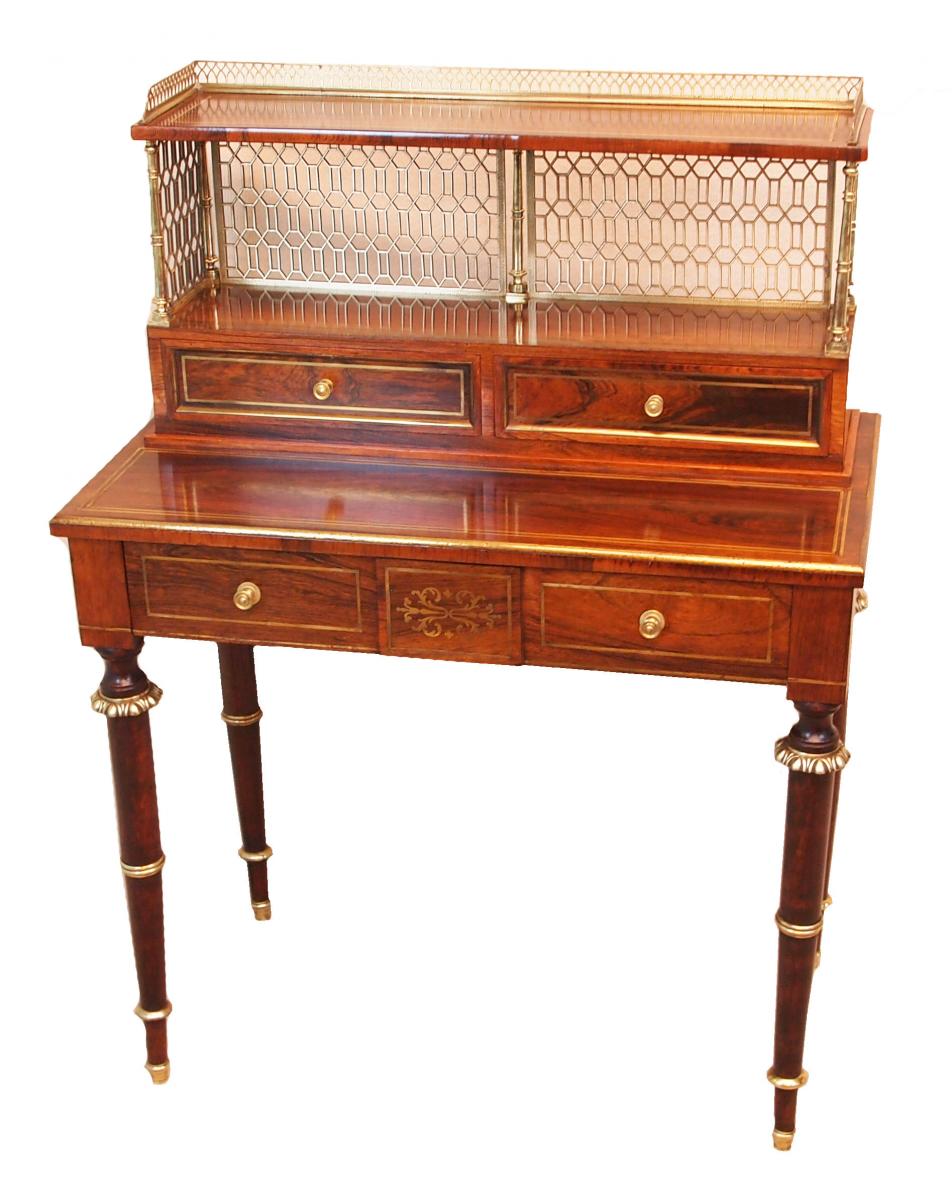 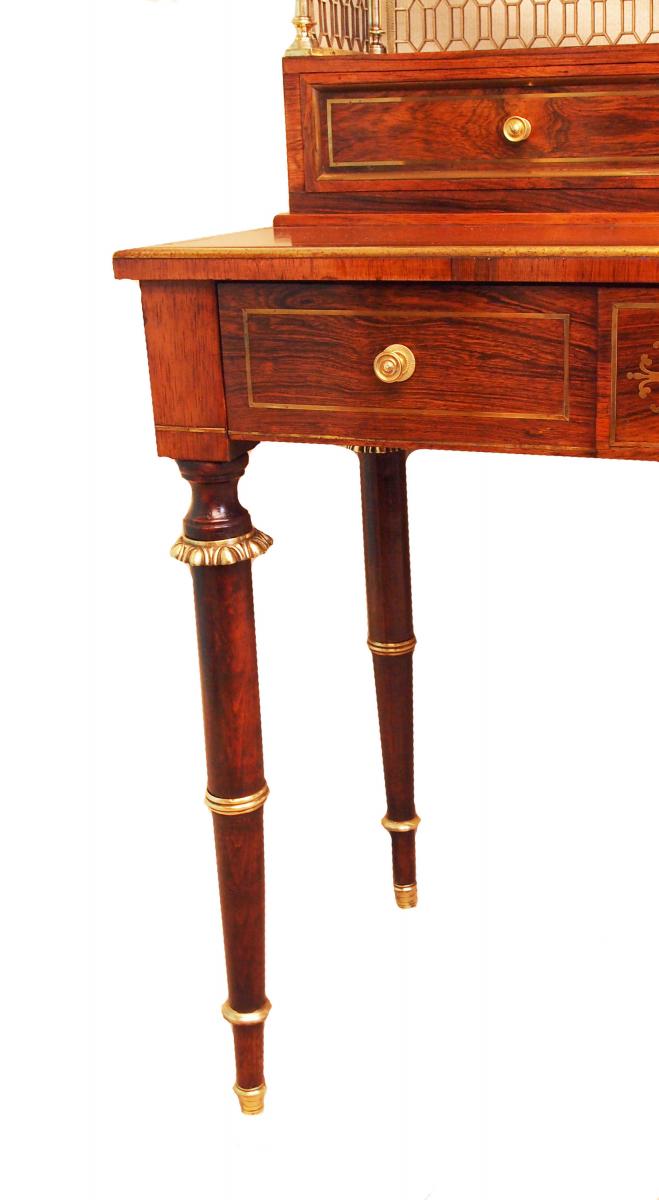 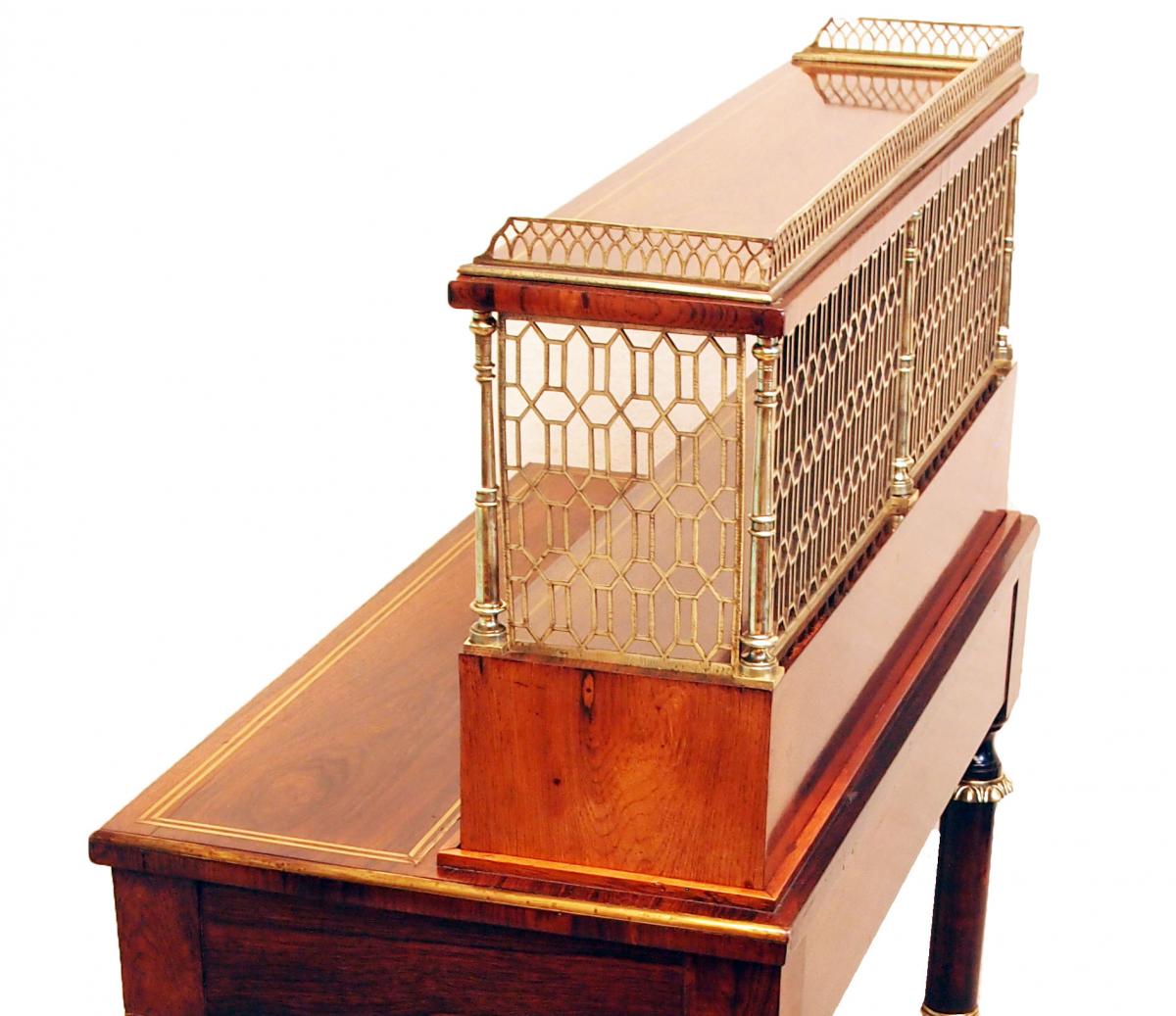 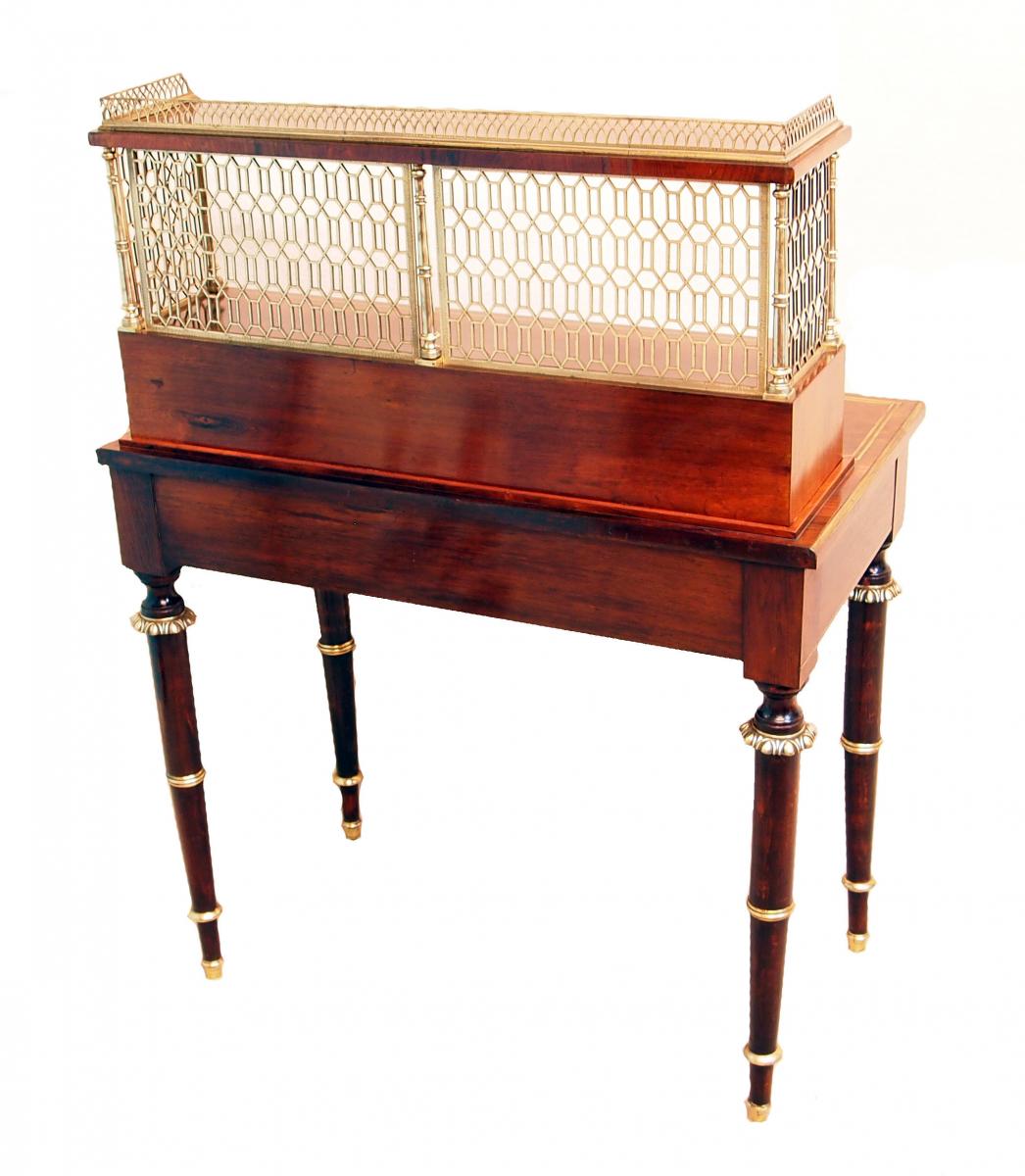 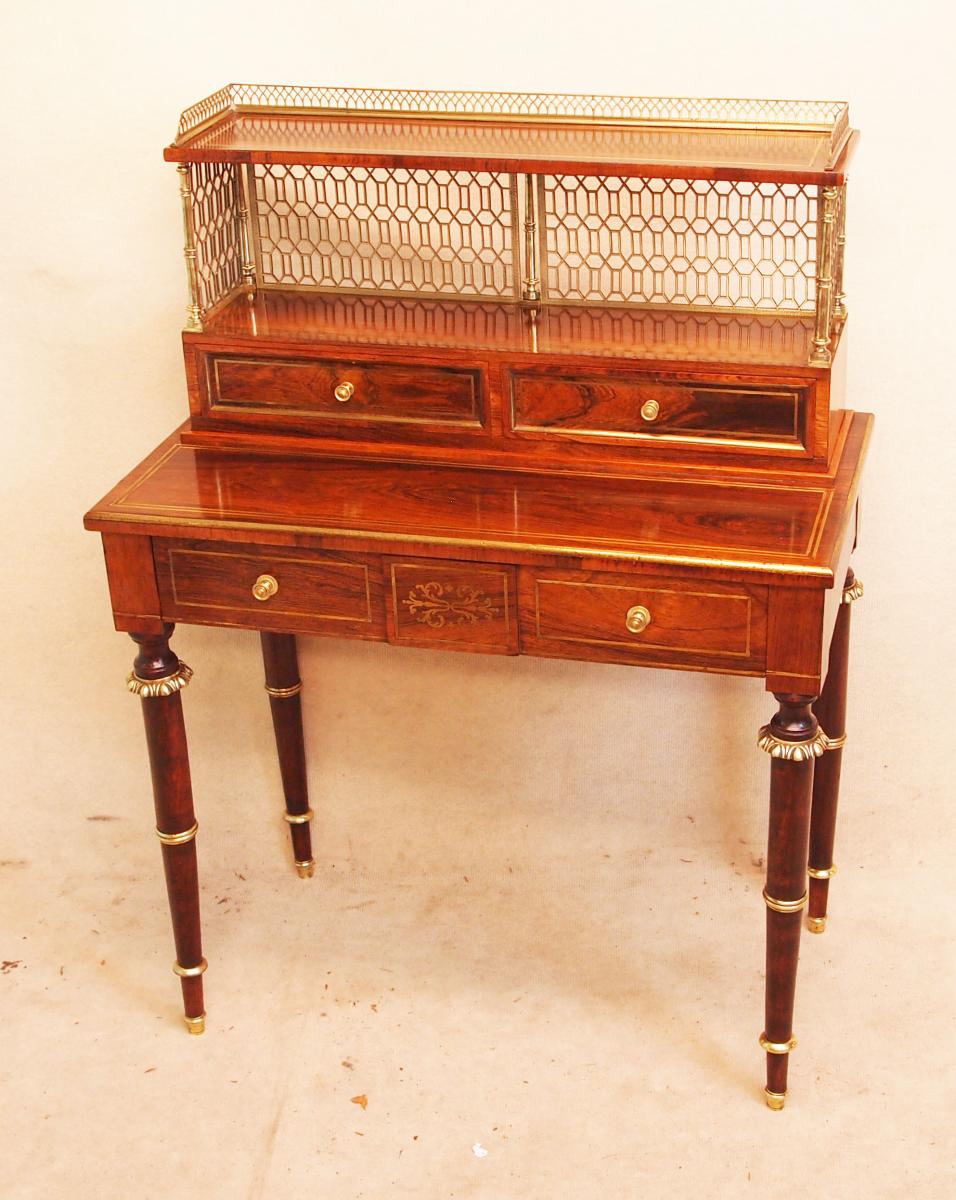 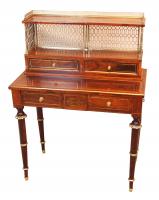 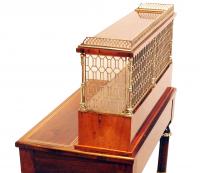 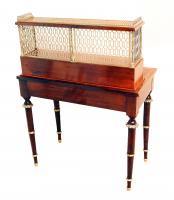 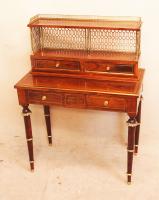 This bonheur du jour can be attributed to the workshops of John McLean and Son (1770-1825), the design and gilt metal ornament conforming in design to other similar labelled examples.

Several examples illustrated in Simon Redburn, 'John McLean and Son', Furniture History, 1978, vol. XIV, pp. 31-37, show design similarities, including the distinctive grilles on the superstructure, and the turned collared legs, along with the combination of rosewood veneers & ormolu decoration in the French taste.

With workshops in Upper Marylebone High Street from 1783 to 1825, John Mclean & Son seems to of been a broad operation, with patrons such as the Earl of Jersey at Middleton Park, Oxfordshire, and Edward Lascelles for Harewood House.