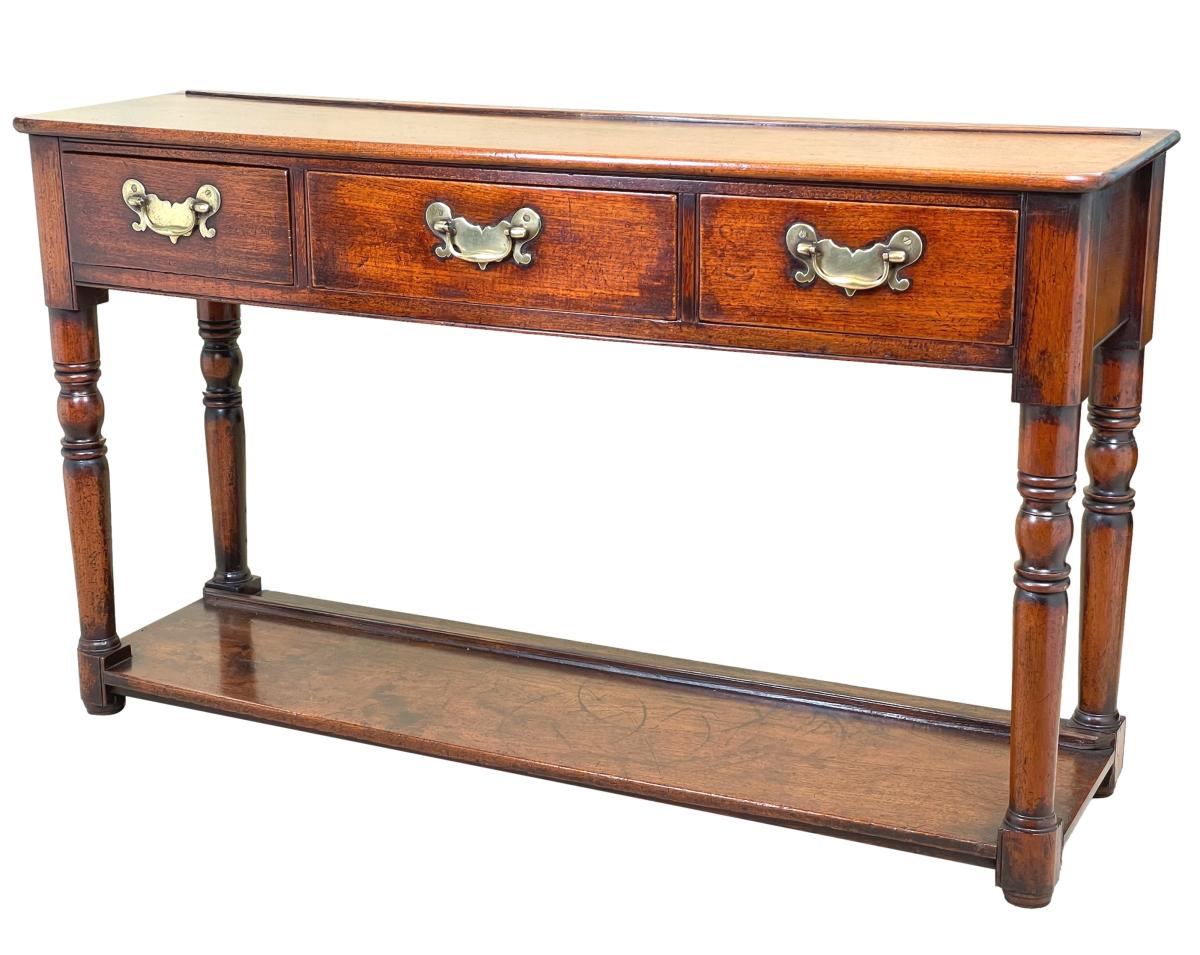 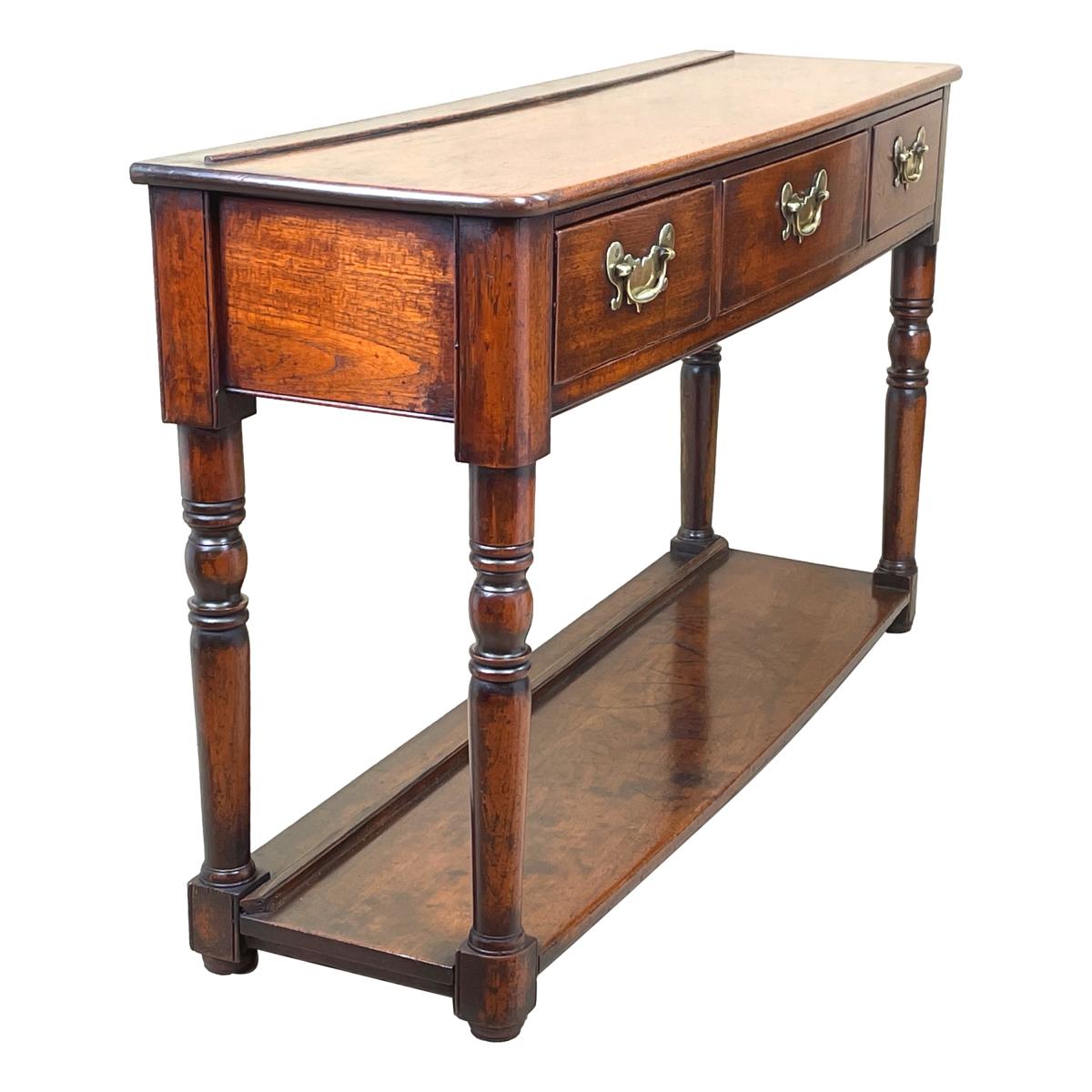 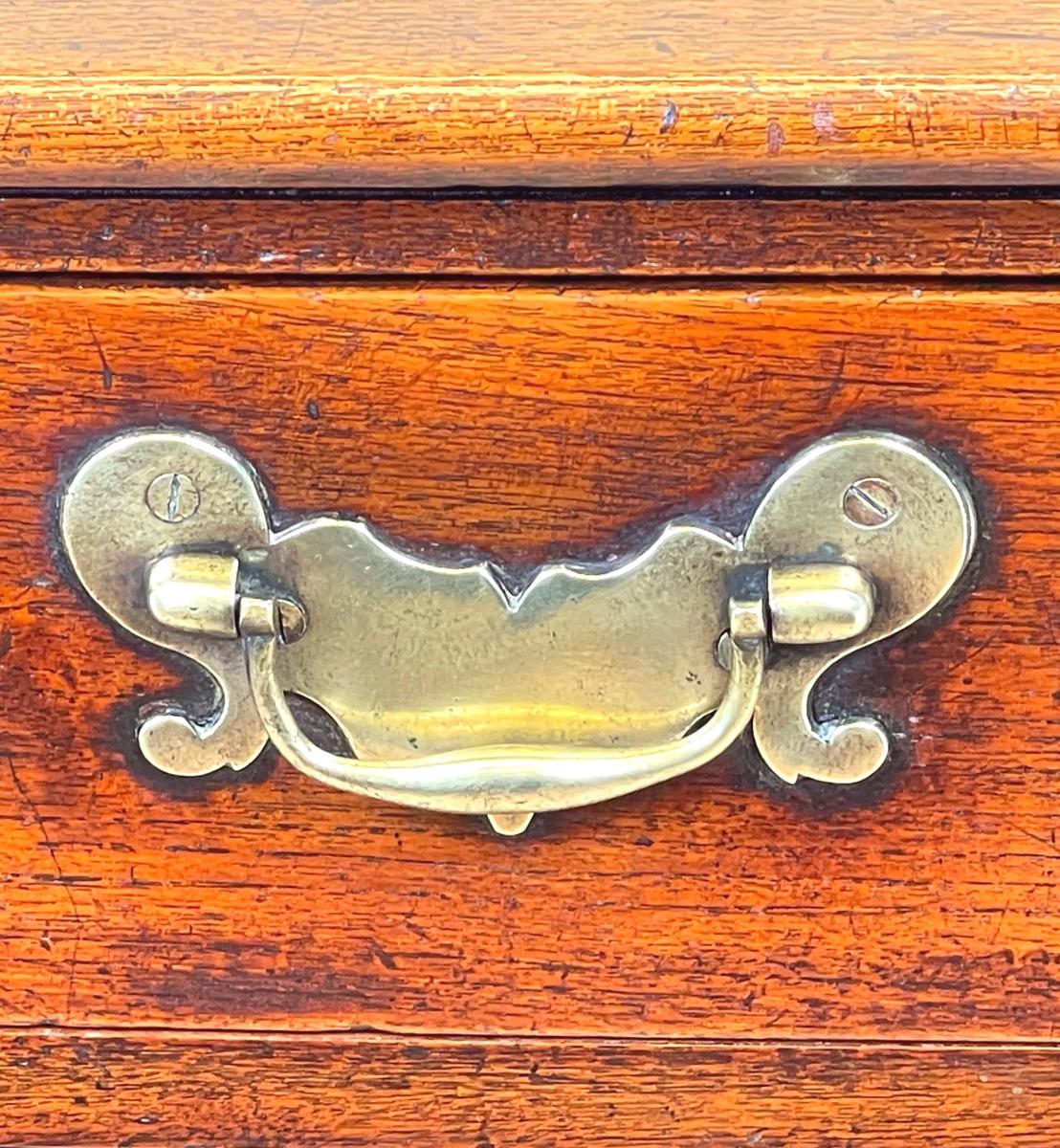 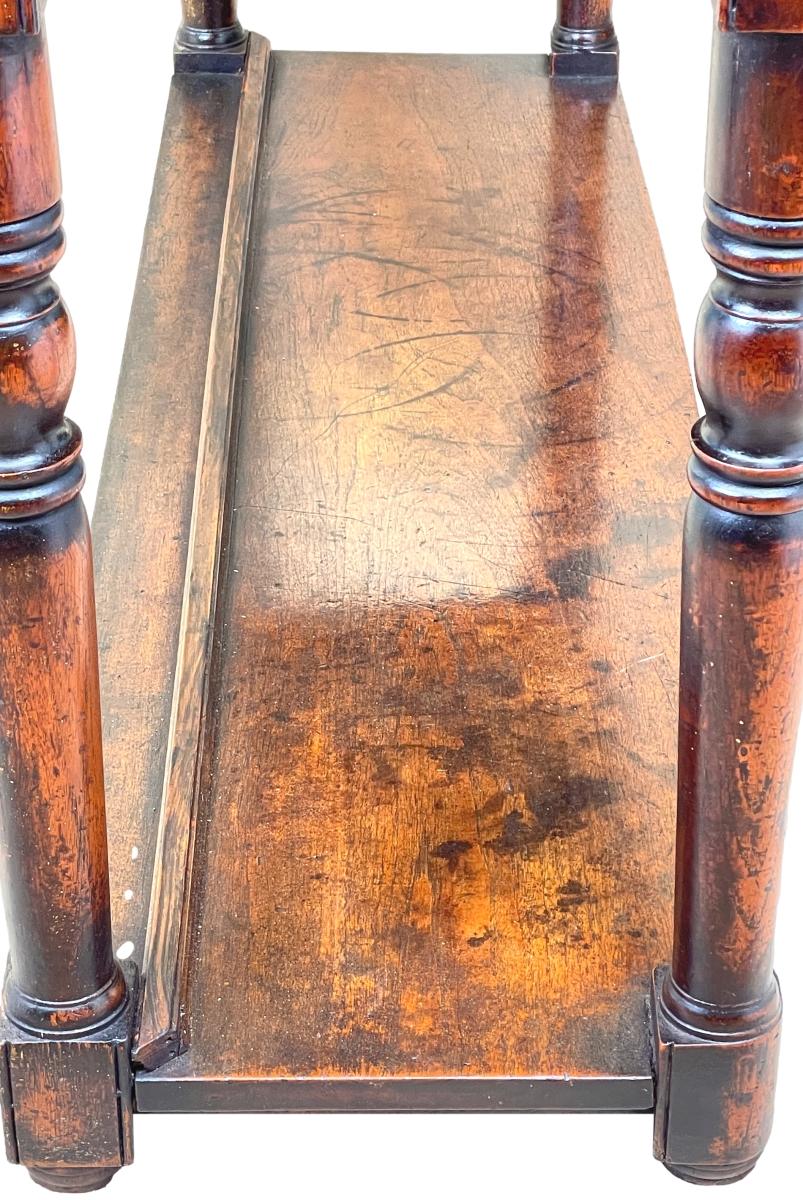 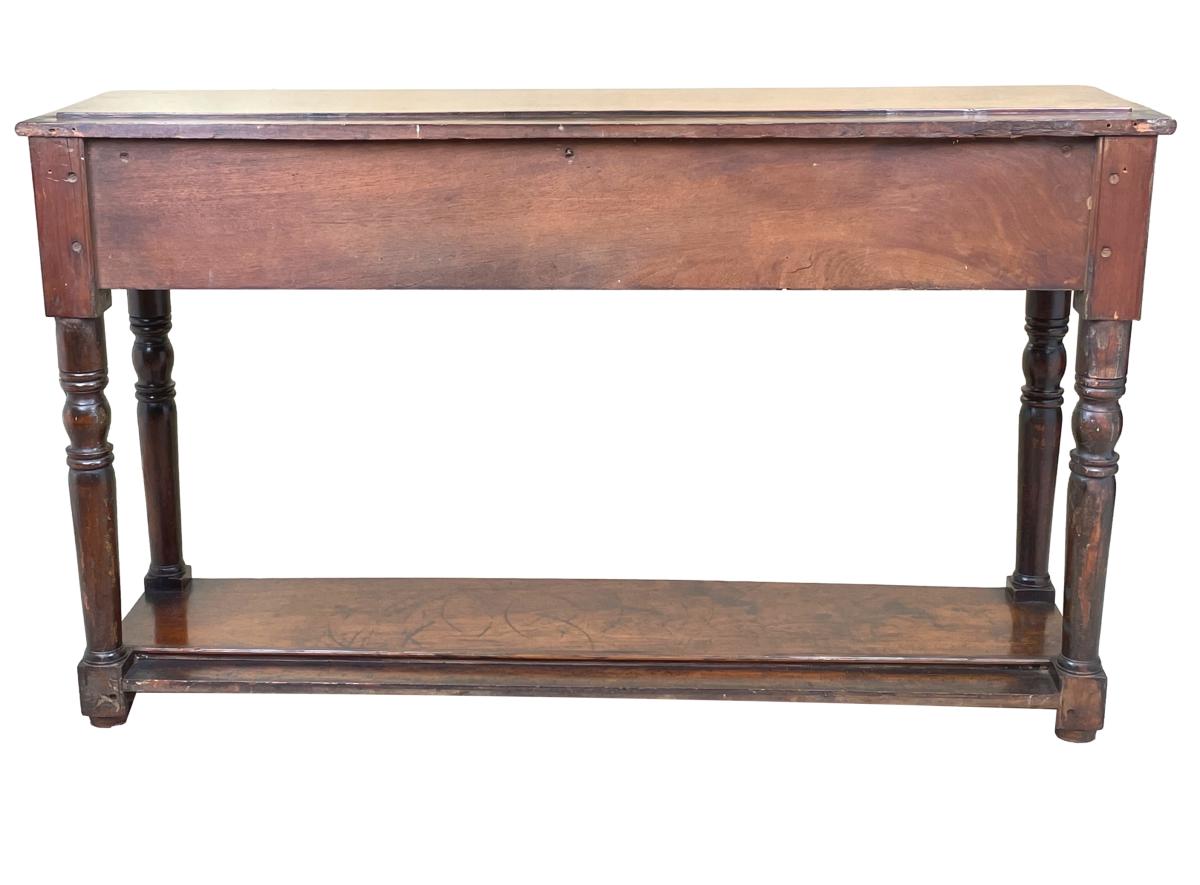 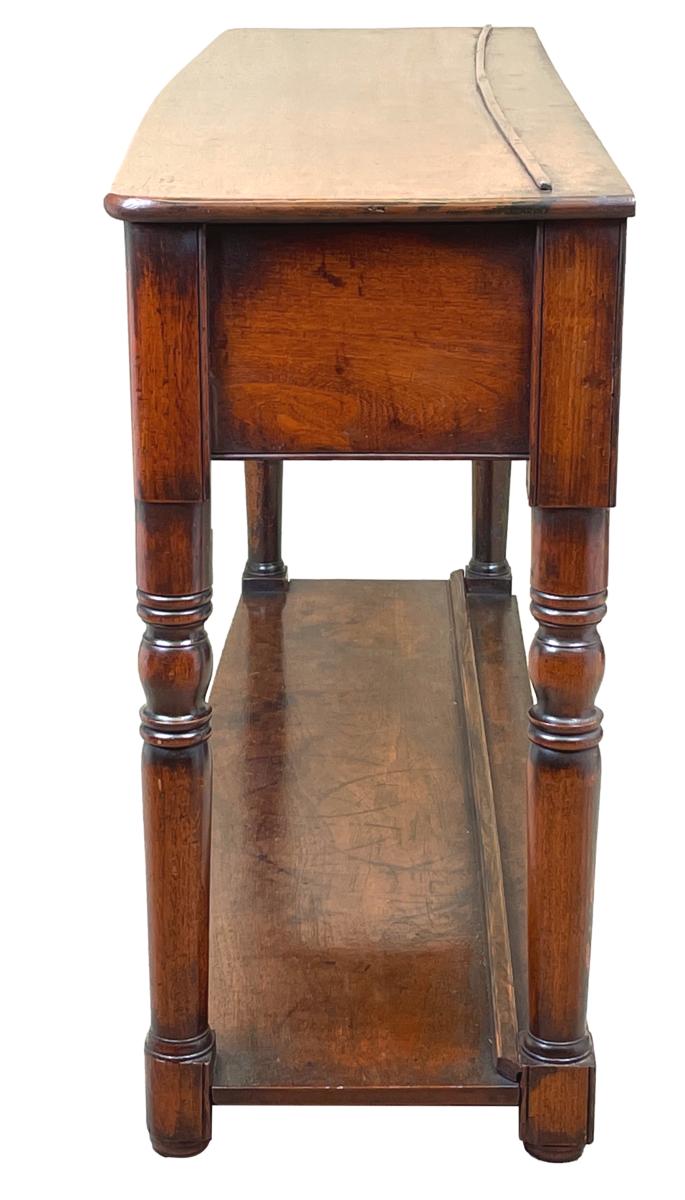 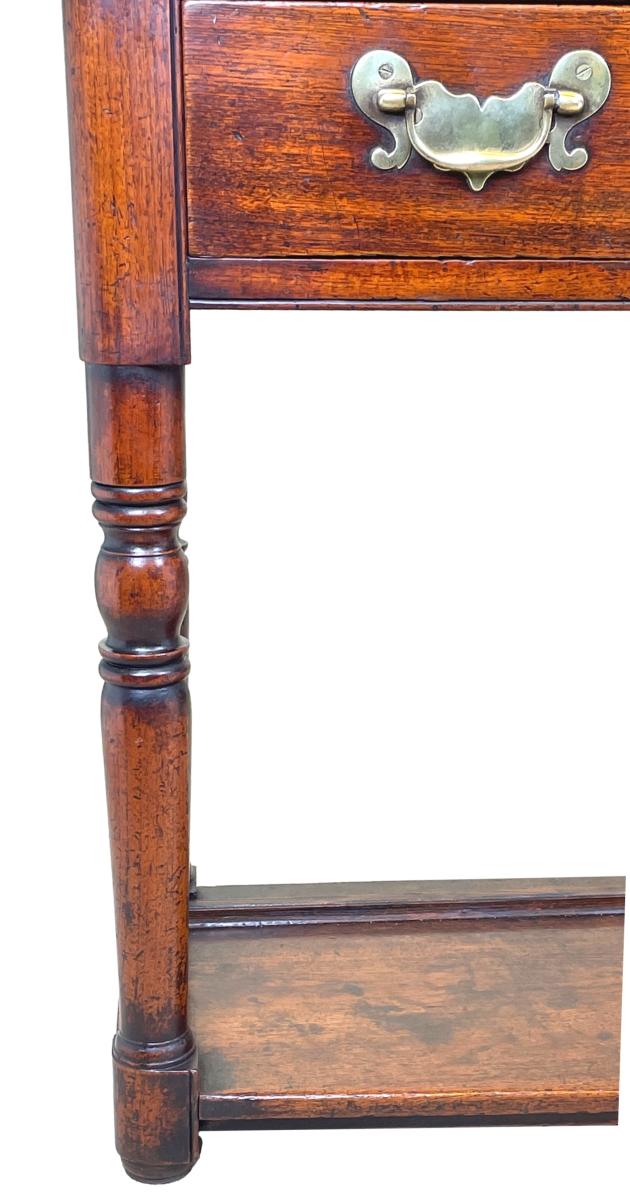 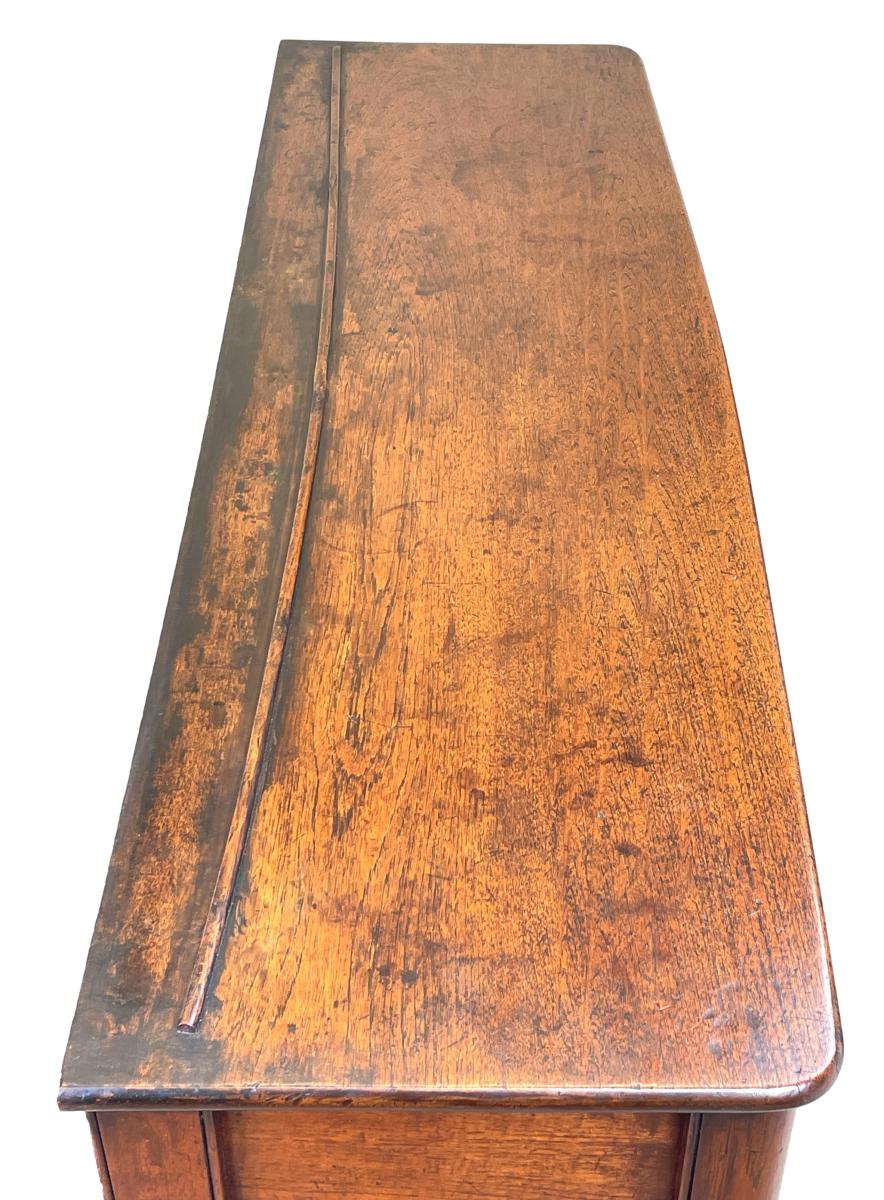 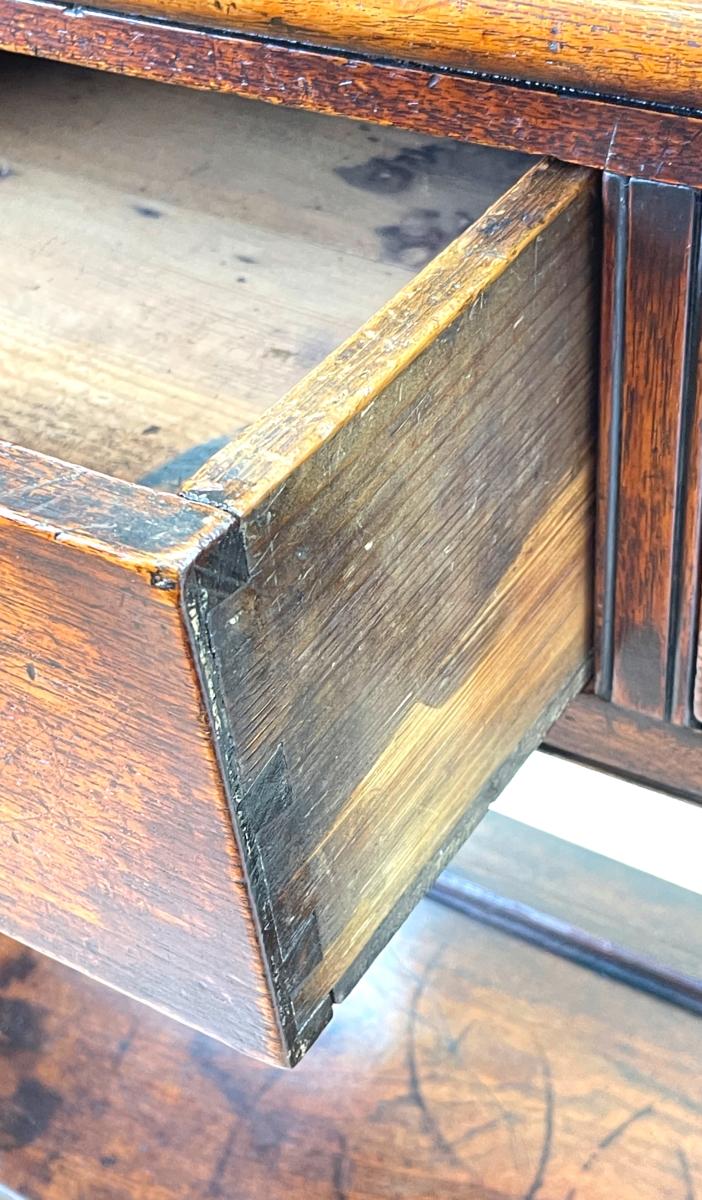 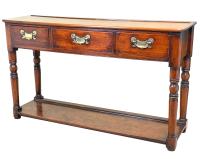 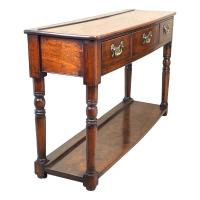 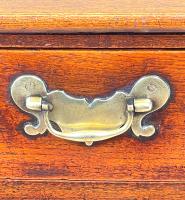 Having well figured top over three drawers each retaining their original bold brass plate handles,  raised on elegant turned upright supports with original pot board shelf below retaining exceptional colour and patina throughout.

At its height, the British Empire included areas of Africa, Asia, America and the South Pacific, introducing explorers and travellers to many different cultures and design influences, which form the basis of what is now regarded as the British colonial style.

British Colonial furniture takes it roots from the formal Georgian styles of the late 18th Century and then to a slight lesser degree the slightly more extravagant Regency styles of the early 19th century, which were adapted and influenced by the readily available exotic hardwoods in the local areas like Camphor, Padouk, Teak and Ebony, to name just a few.

This particular dresser base is a great example of an item which has clearly been made in a British Colony somewhere around the world with a heavy influence taken from what was believed to be the style being produced back in Britain at the time. We particularly like the wonderful mellow, warm colour of the teak which has aged particularly gracefully, the incredible bold original brass handles and most of all we like the relatively subtle bowfronted form which adds a huge amount of elegance and is something which we have not seen before.

Perfect for an entrance hall, dining room, kitchen or even behind the sofa in a living room, this beautiful teak dresser base sideboard adds a touch of elegance and colonial inspiration to absolutely any interior, along with of course a great deal of function. 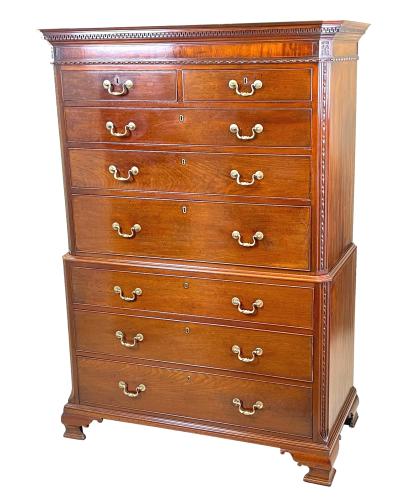 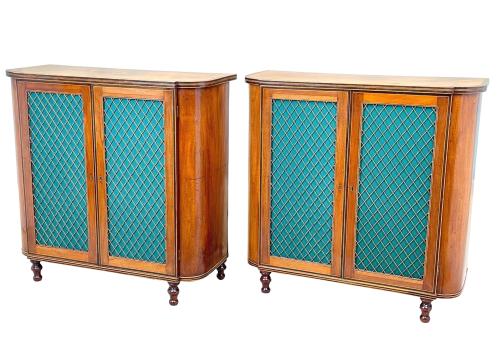 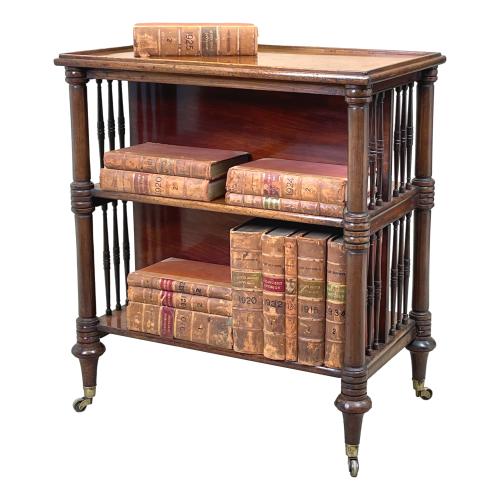