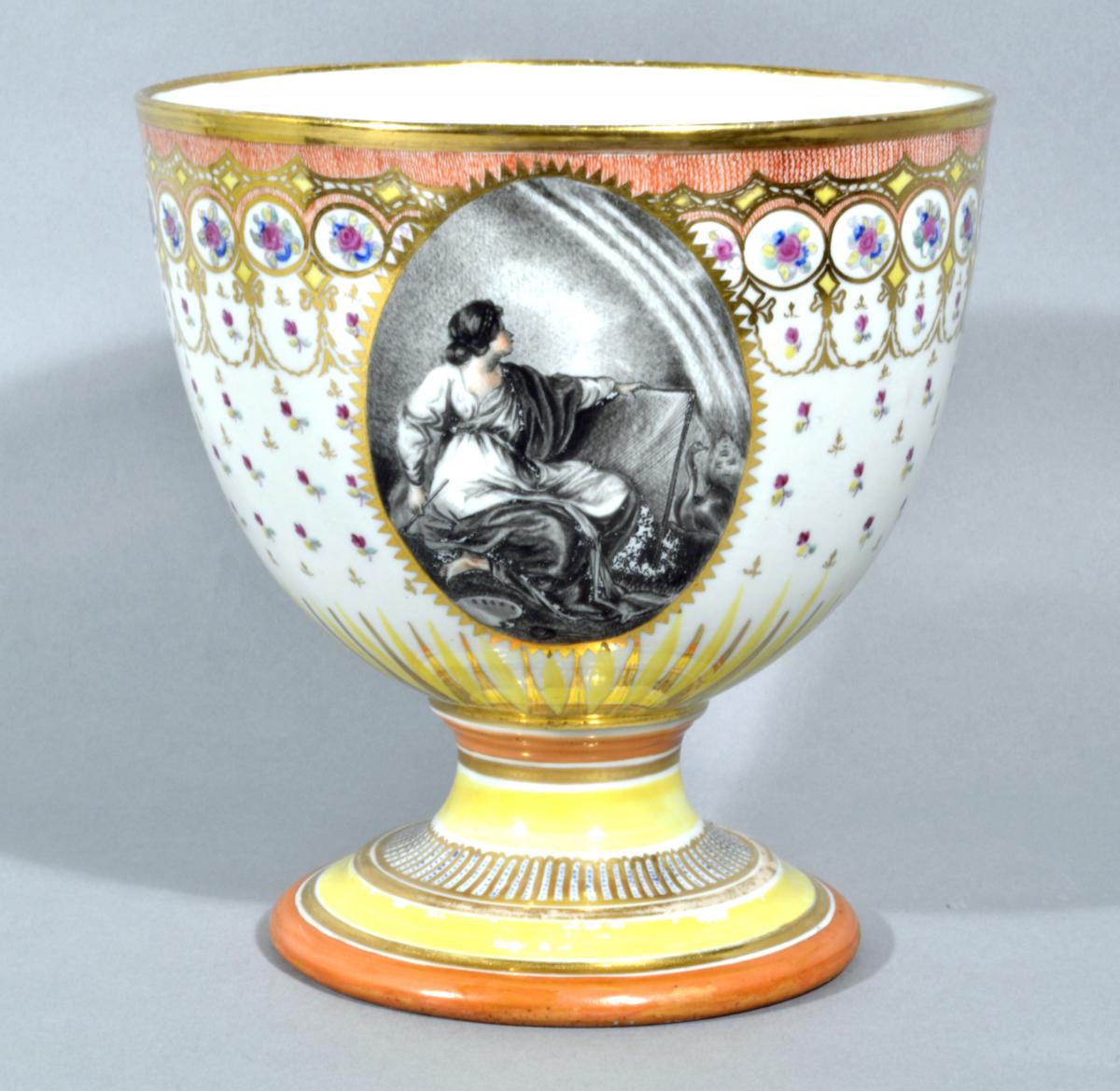 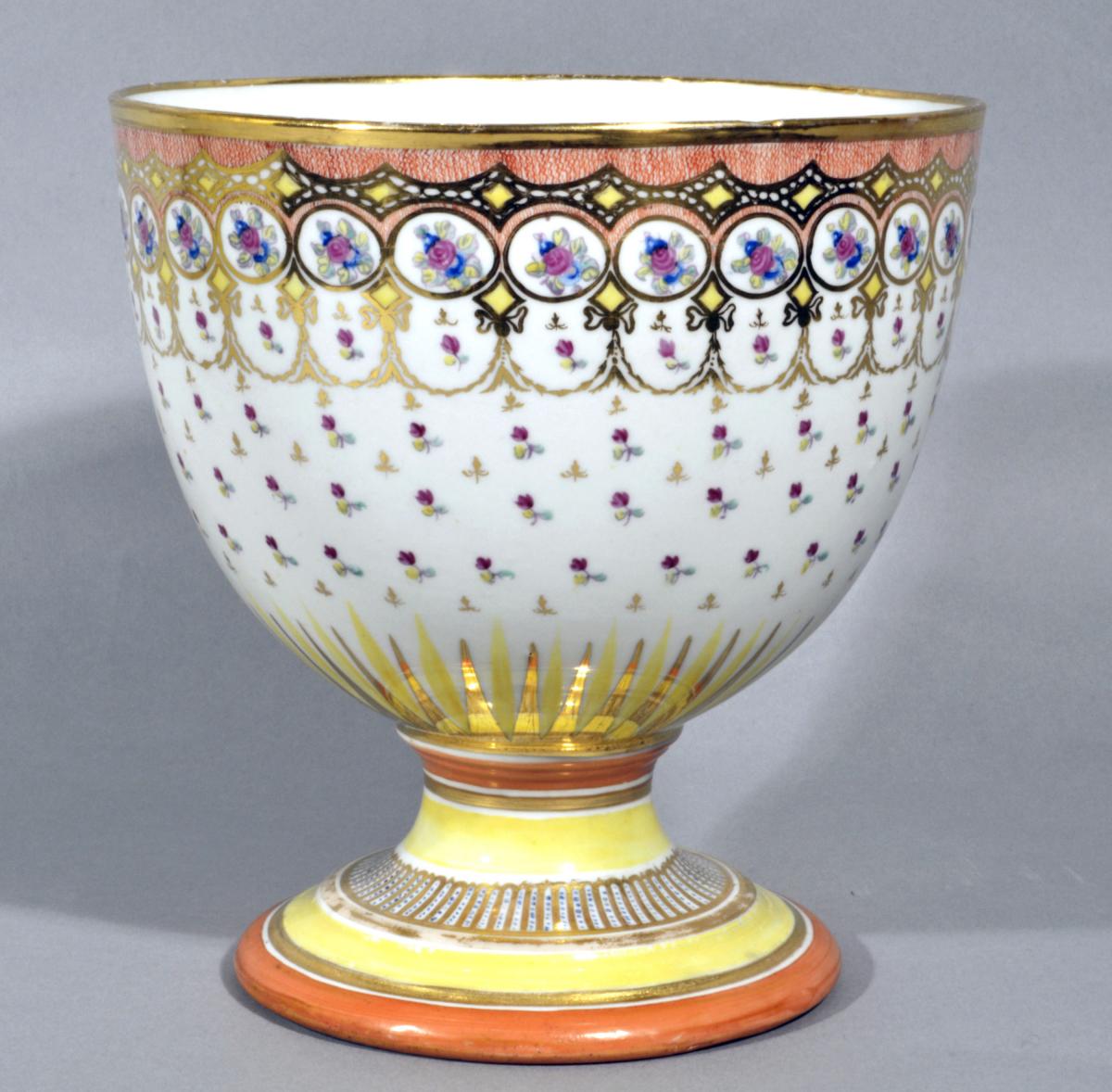 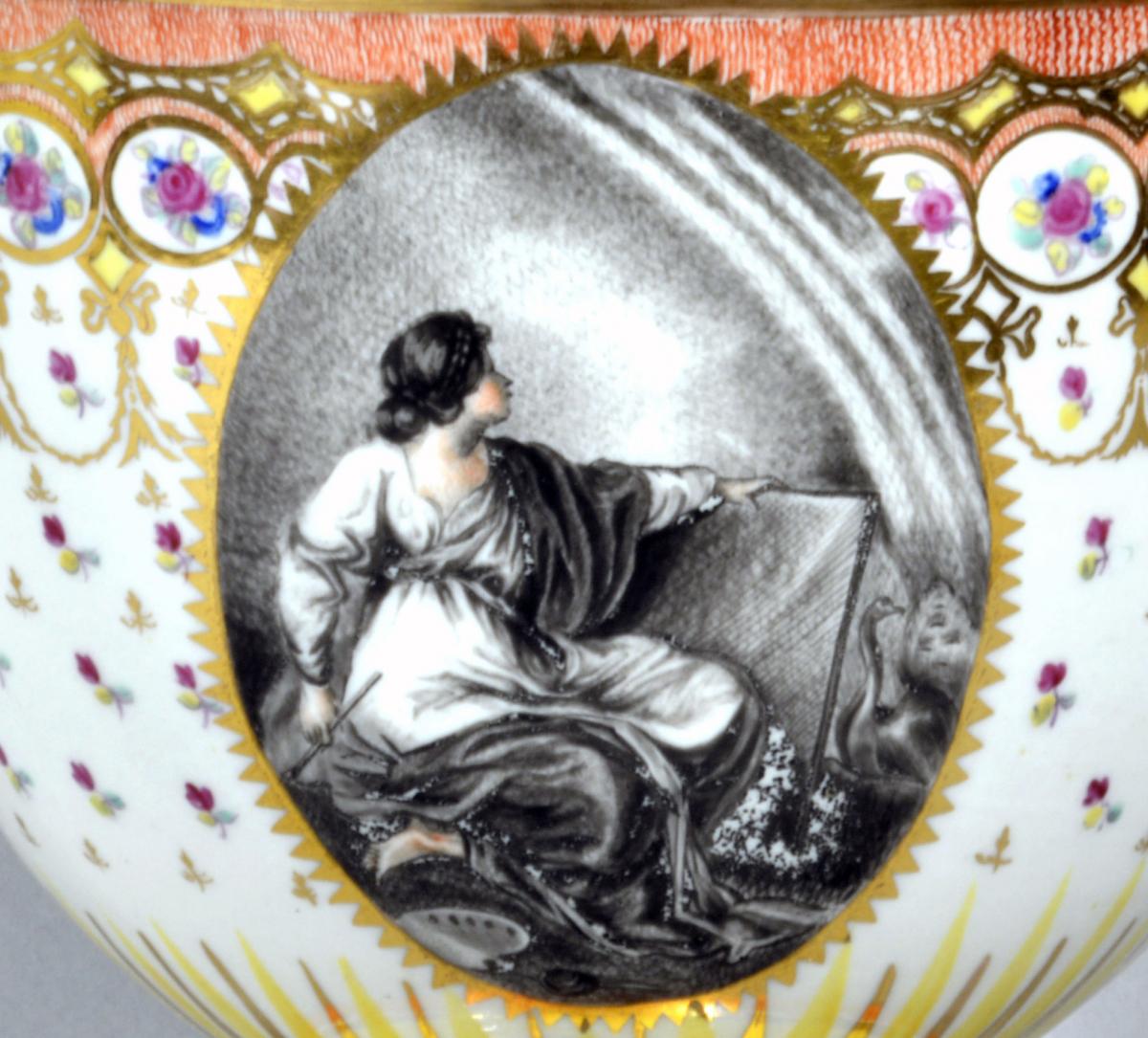 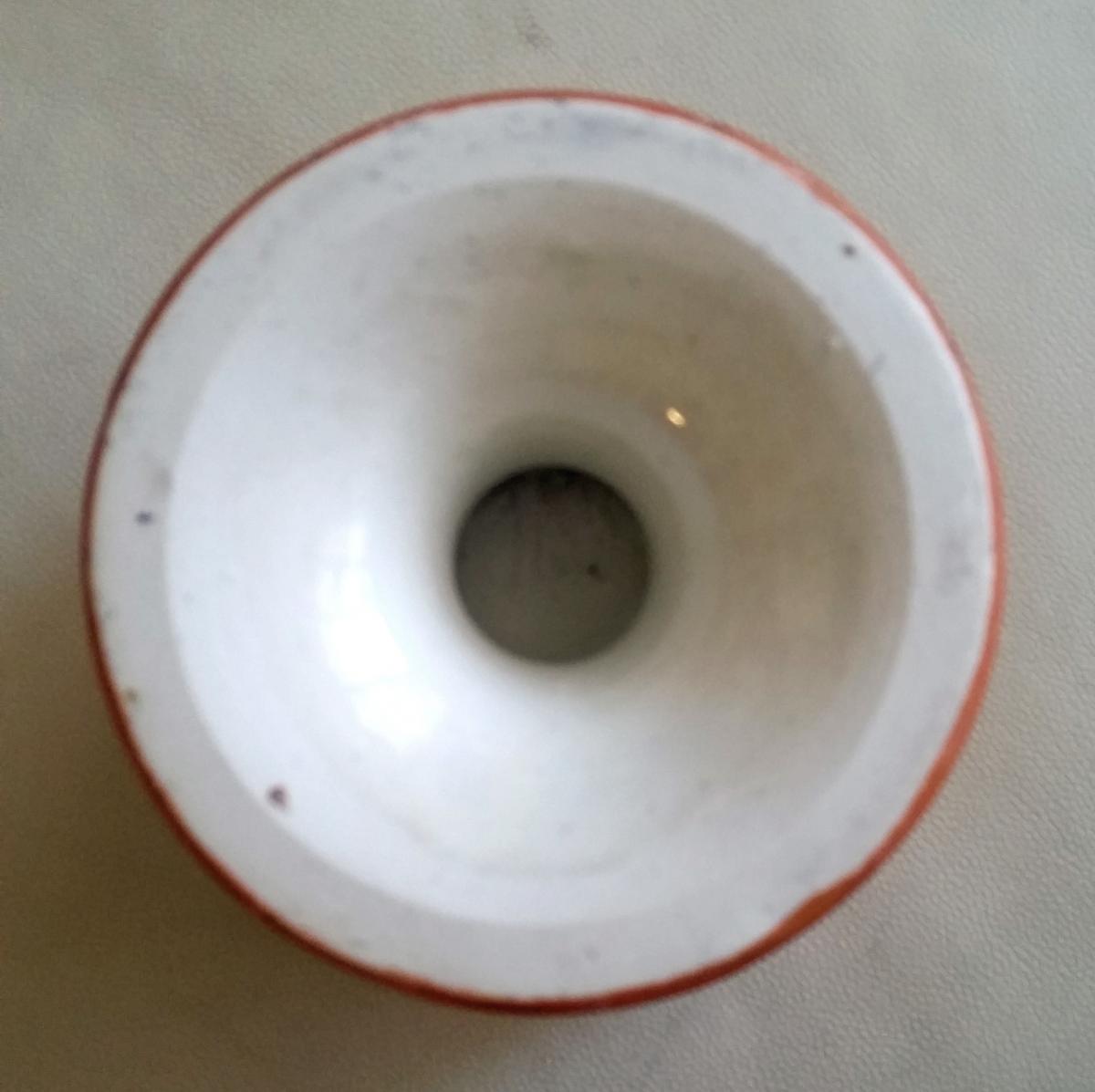 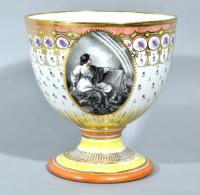 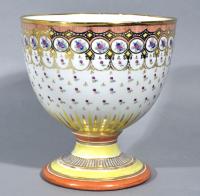 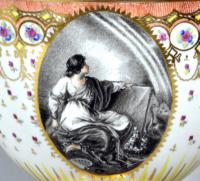 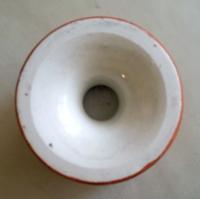 The large Chamberlain Worcester goblet has a central oval panel of a woman artist looking forward, her paint palette lies on the floor at her feet.

The complex design has a wide gilt band at the rim with a faux bois design below.  Below this is another band, almost like a gold bracelet with diamond shapes with yellow centres connected by white dots surrounded by gold.

Small circular panels of hand painted flower bouquets, each with a rose at the centre and each surrounded by the faux bois design.

Between the bottoms of each floral roundel is a yellow diamond with gilt borders with pendant gilt swags.  The body of the goblet is painted with scattered small red flowers with a yellow and green leaf interspersed with stylized gilt ones.

From the flared hollow foot, gilt and yellow sunbursts issue upward.  The foot itself has a series of bands with ochre at the top and bottom with the centre in yellow with a series of gilt reeding with tiny green dots.

The en grisaille panel appears to be inspired by the Angelica Kauffman painting of the figure of Design.  This painting is part of a set of the four 'Elements of Art' represented by female allegories of Invention, Composition, Design and Colour which were commissioned by the Royal Academy in 1778 to decorate the ceiling of the Academy's new Council Chamber in Somerset House.

See the Angelica Kauffman RA, Design, oil on canvas, 1778-80 ©Royal Academy of Arts, London in the photos.where the present painting shows the figure of Design as an imposing allegorical female dressed in white and pale red with a purple mantle, seated beside two Roman columns.

The figure is copying a fragment of an Antique male nude statue, commonly called the Belvedere torso. The original statue was first documented in Rome in the 1430s and is now in the Vatican Museum, Rome. However, a cast of this torso was in the Royal Academy's collection at the time of Kauffman's commission and was for the use of the students of the Royal Academy Schools.