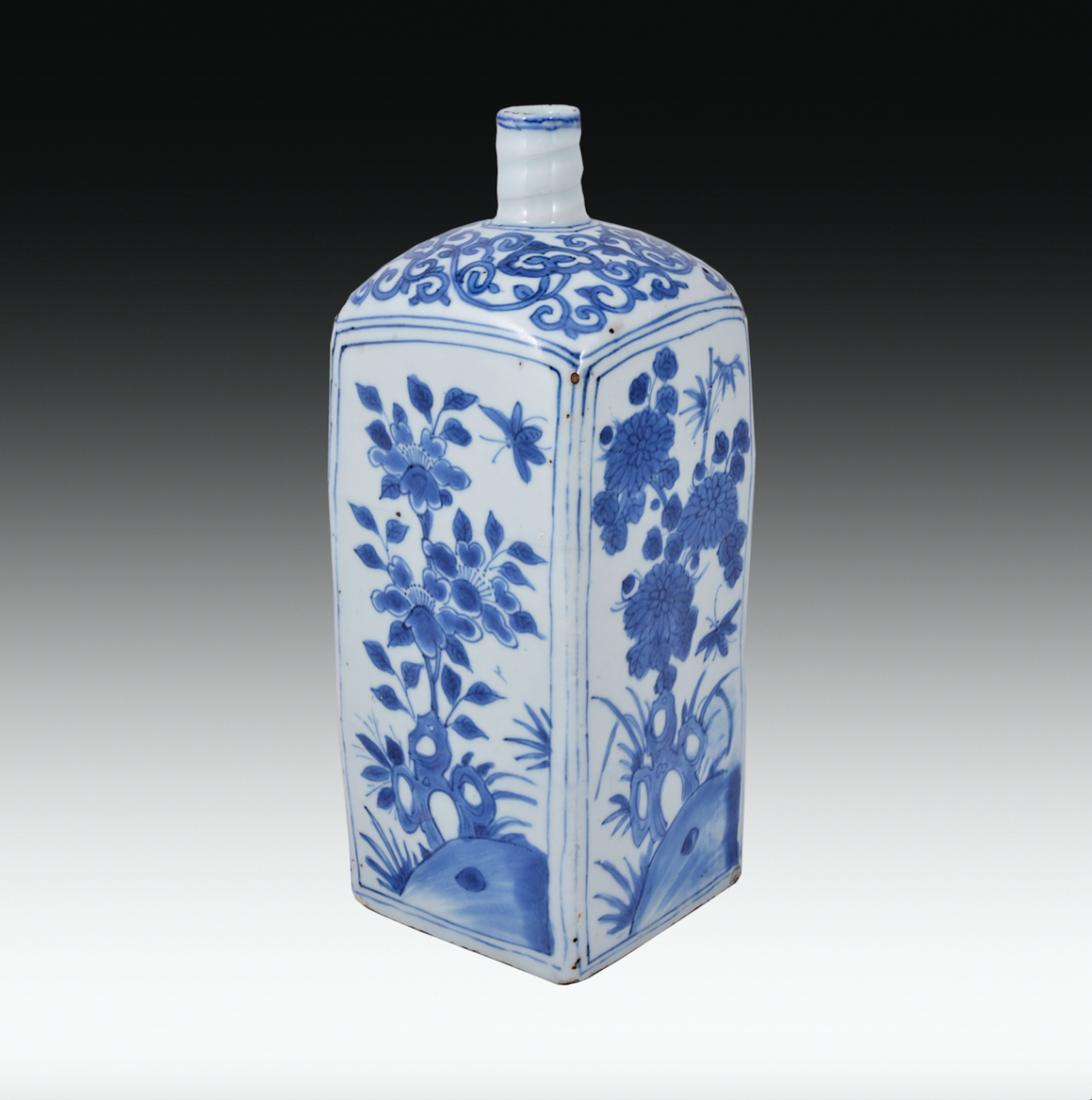 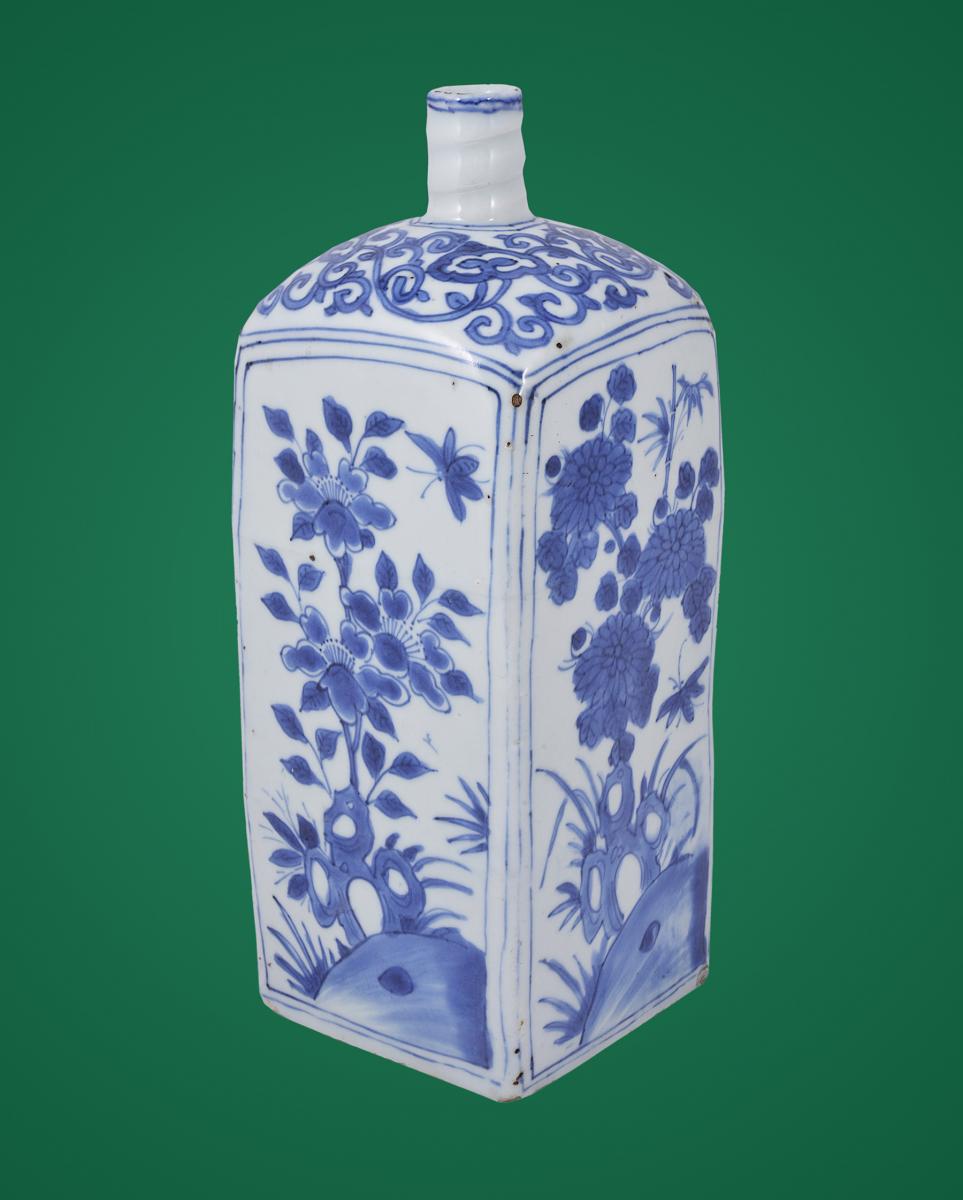 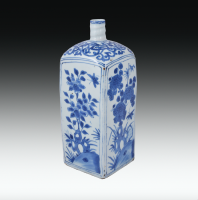 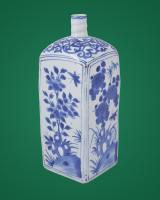 Four-sides bottle with underglaze blue decoration. Domed shoulders and a long tapering tubular, narrow cylindrical neck and stand on a rectangular foot with a flat unglazed base.

Each face is painted in underglaze blue with two different flowers issuing from Chinese rocks and flying insects, on the shoulder scrolling fronds. The form of the square bottle is modelled on that of European glass ware, known also from European stoneware and faience.

Such bottles were originally made to store alcohol on long sea voyages where their square shape made them easy to stow and less likely to break, it would have been fitted with a pewter screw top. Ridging around the neck imitates the scoring for a screw top.

However, although the form of the bottle is entirely European, the decoration is strictly confined to the Chinese repertoire. Minor loss of glaze to the edge of the bottle is typical of Wanli blue and white kraak-type wares. (5080) 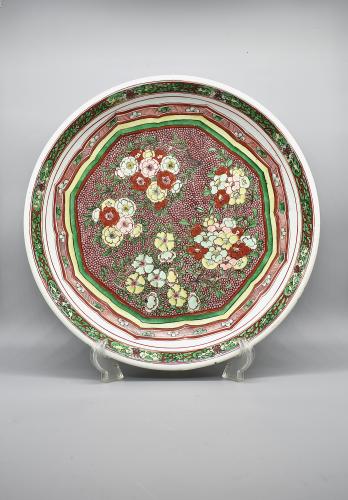 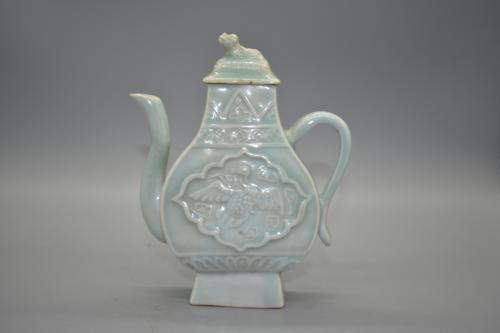 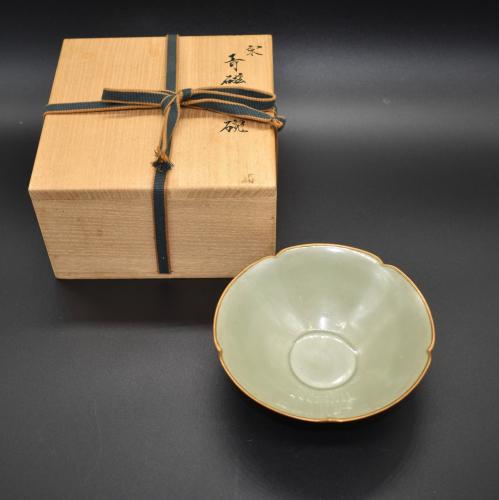