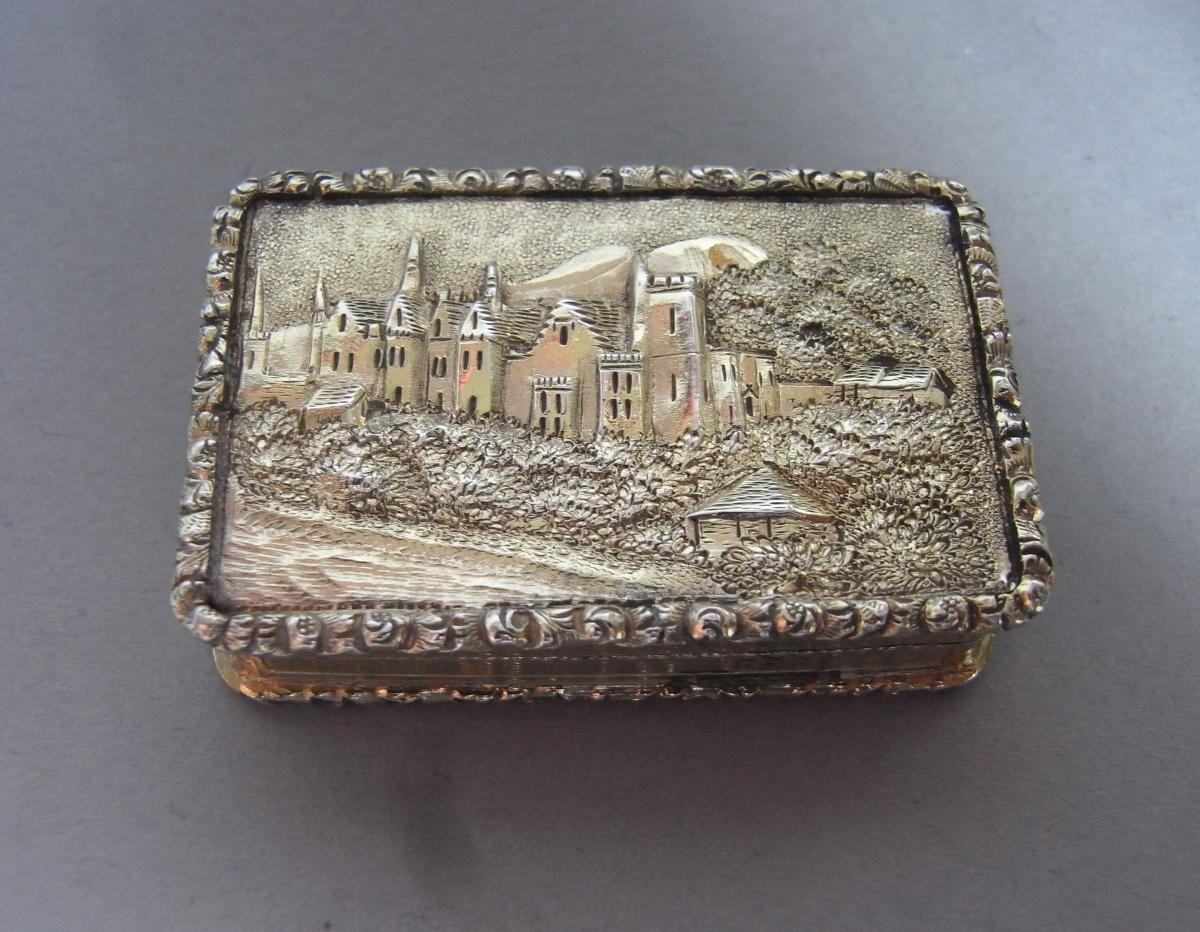 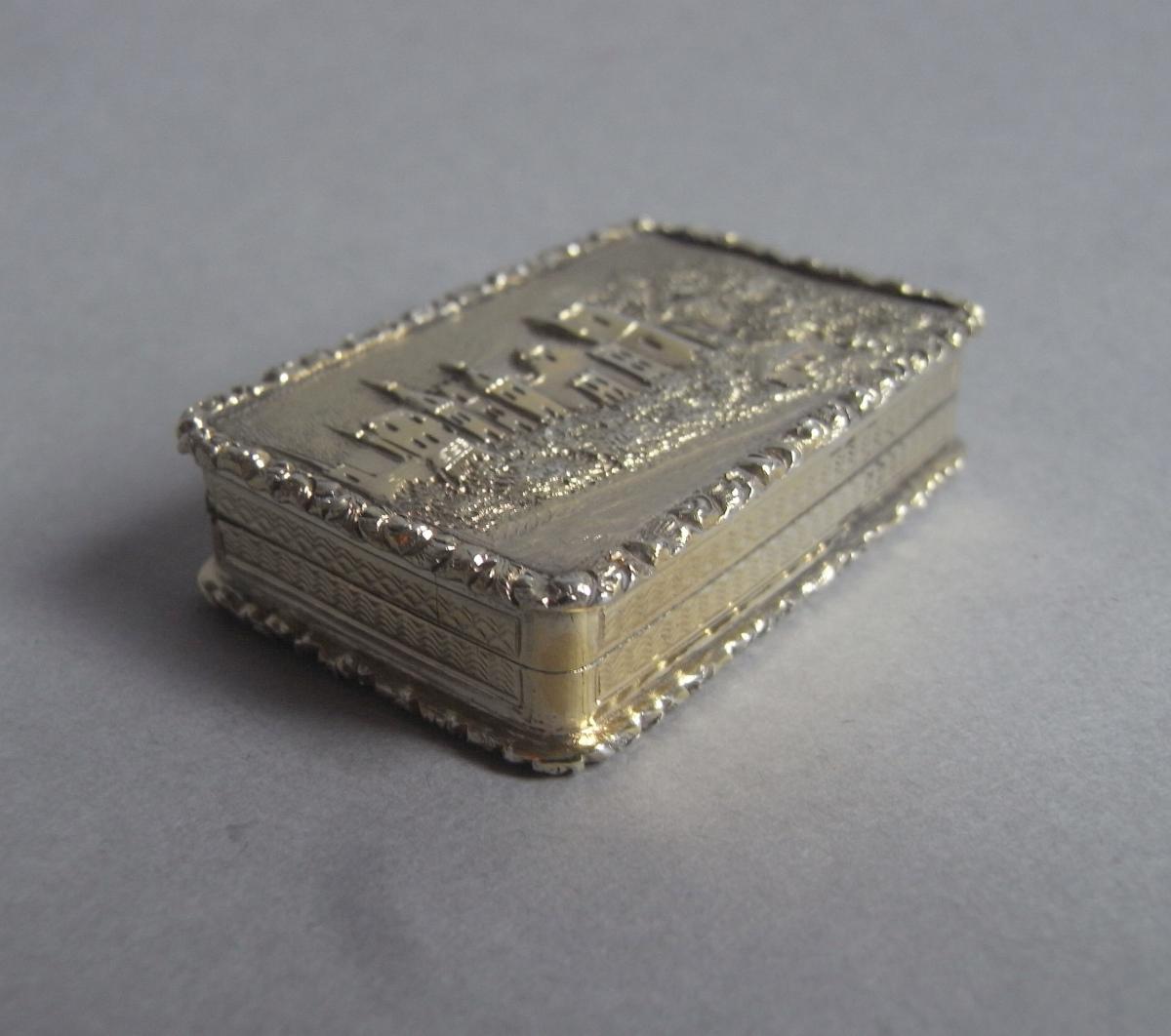 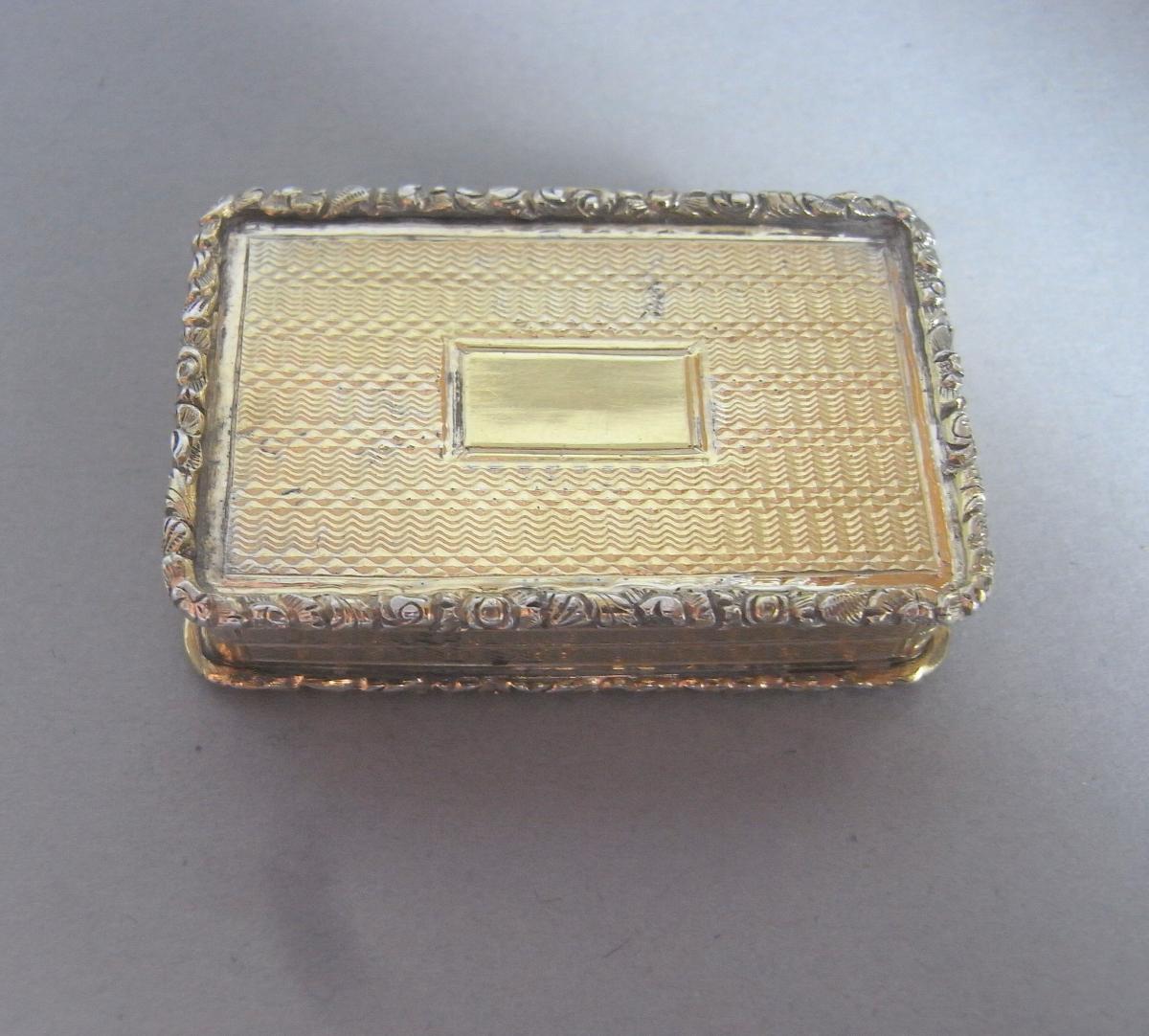 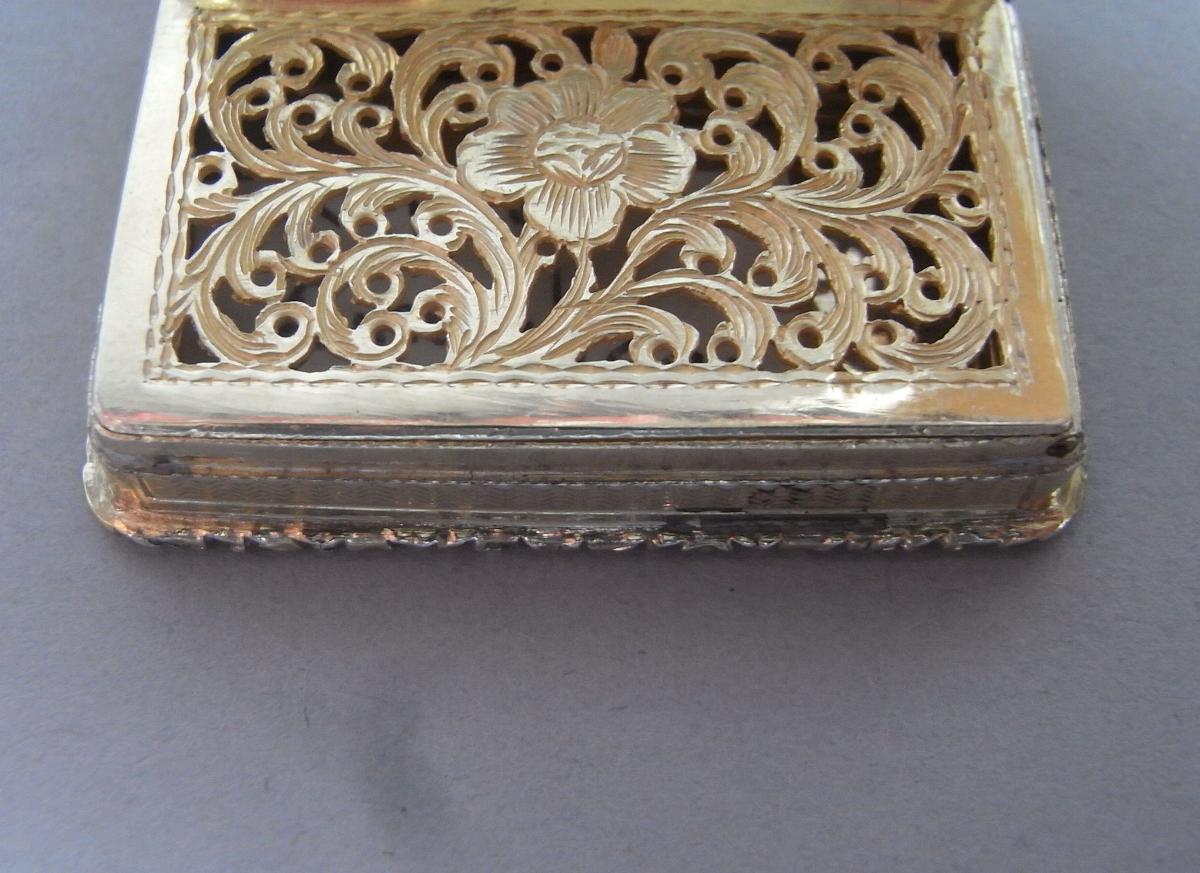 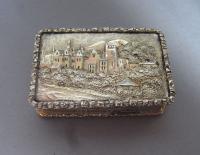 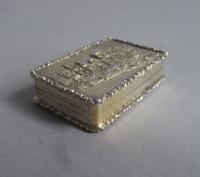 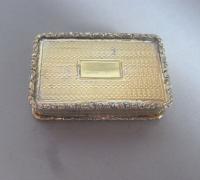 The cover displays one of the most unusual and finely detailed views of Abbotsford House, which we have ever seen, from the far side of the River Tweed. The interior is very well marked and displays exceptional gilding and a grille pierced and engraved with pluming scrolls and flower heads.

This piece is in excellent condition, all the detail being very crisp.

Many of his works remain classics of both English language literature and of Scottish literature. Famous titles include Ivanhoe, Rob Roy, Old Mortality, The Lady of the Lake, Waverley, The Heart of Midlothian and The Bride of Lammermoor.

Sir Walter Scott purchased the farm land on which he was to build Abbotsford in 1811. It lay on the bank of the River Tweed near an old ford and had once belonged to the monks of Melrose - hence the name Abbotsford.

With William Atkinson as architect, Scott pulled down the old farmhouse in 1822 and began a new home. He was first able to move into part of it in 1824. He died in the dining room on 21st September, 1832. A west wing was added to the house in the 1850's by Hope Scott.

The view shown on the Vinaigrette is rarely seen, Scott was fond of this view of the house from the Galashiels road on the far side of the Tweed and used to show it to his guests. The stables are shown to the right of the house.