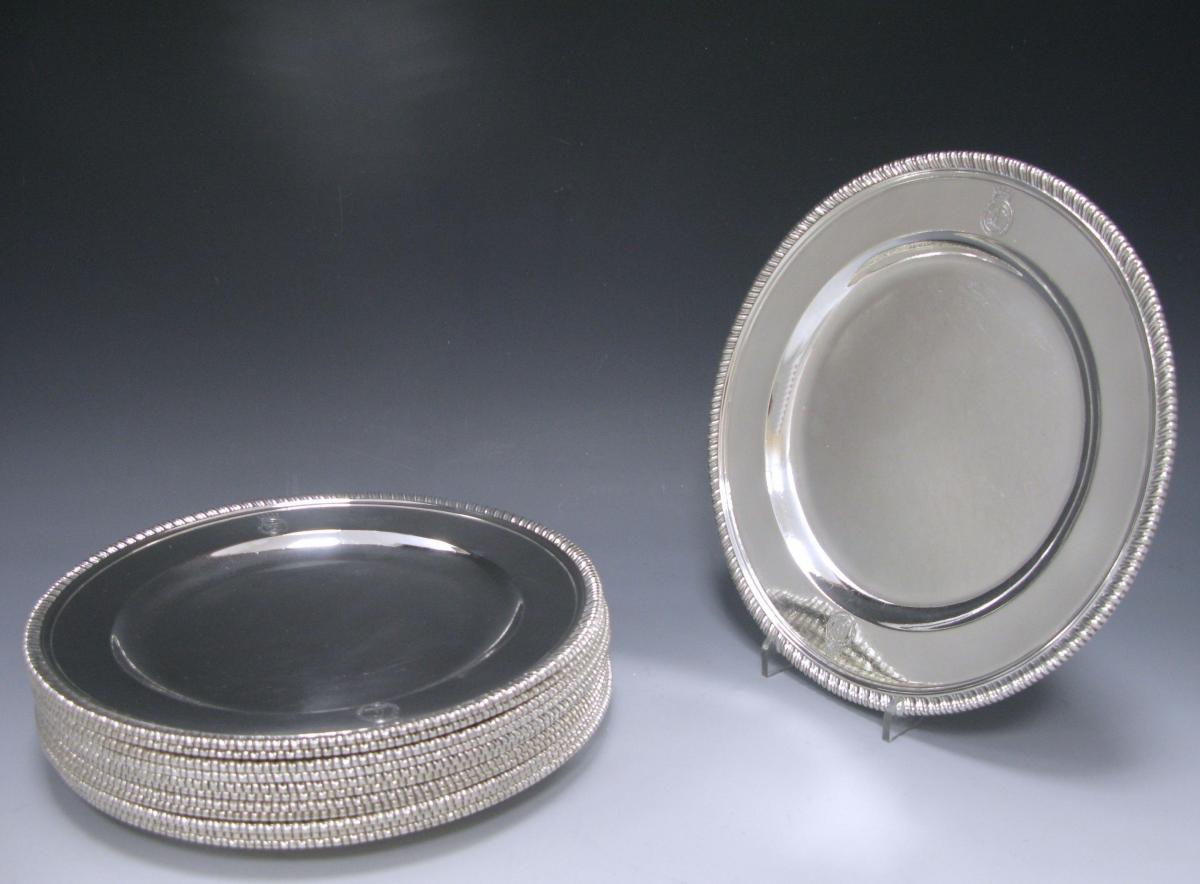 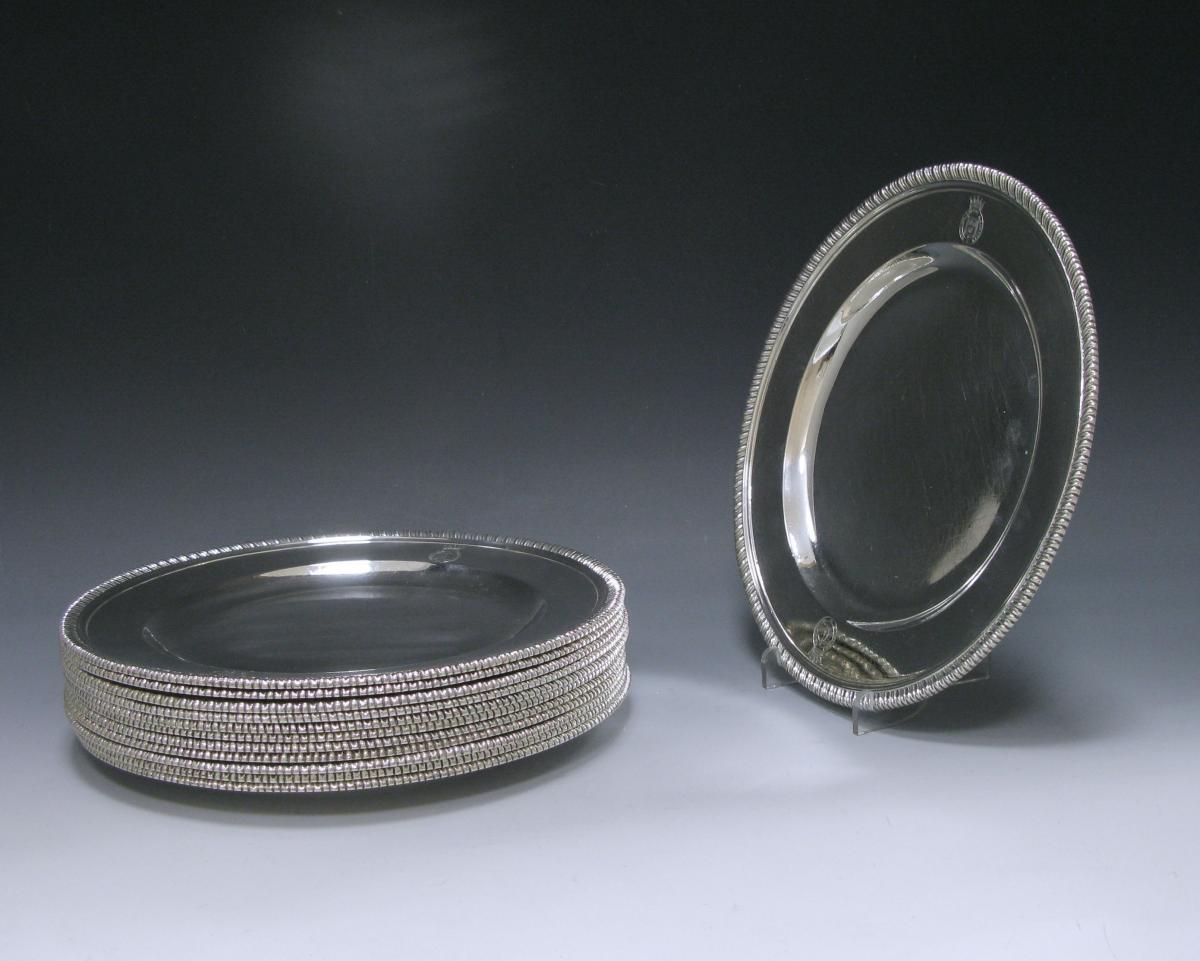 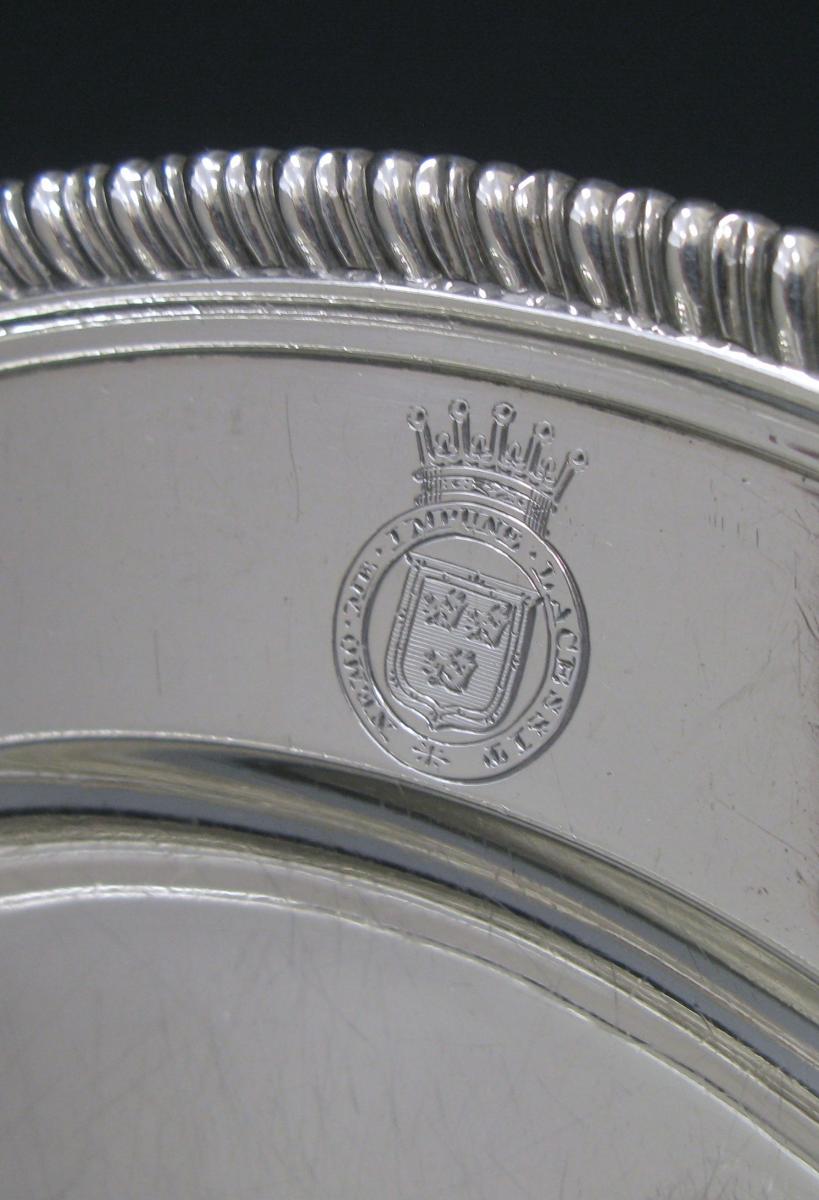 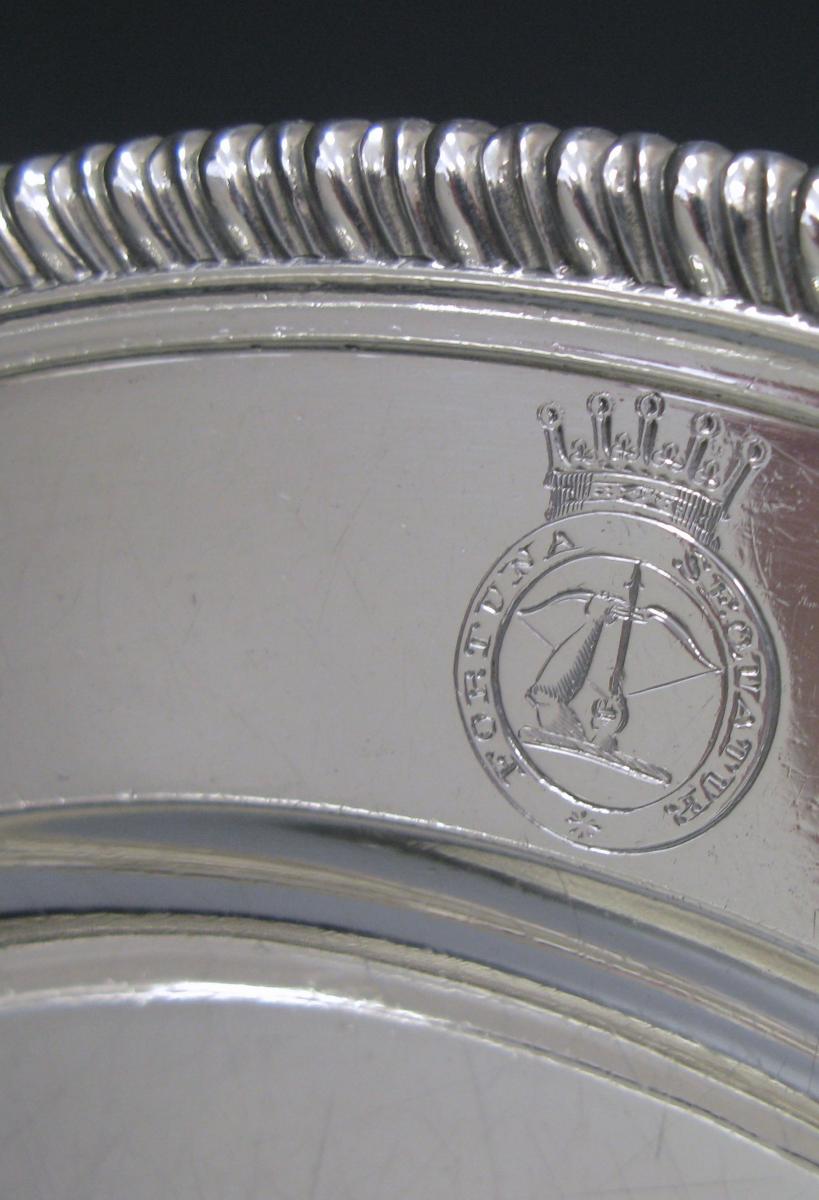 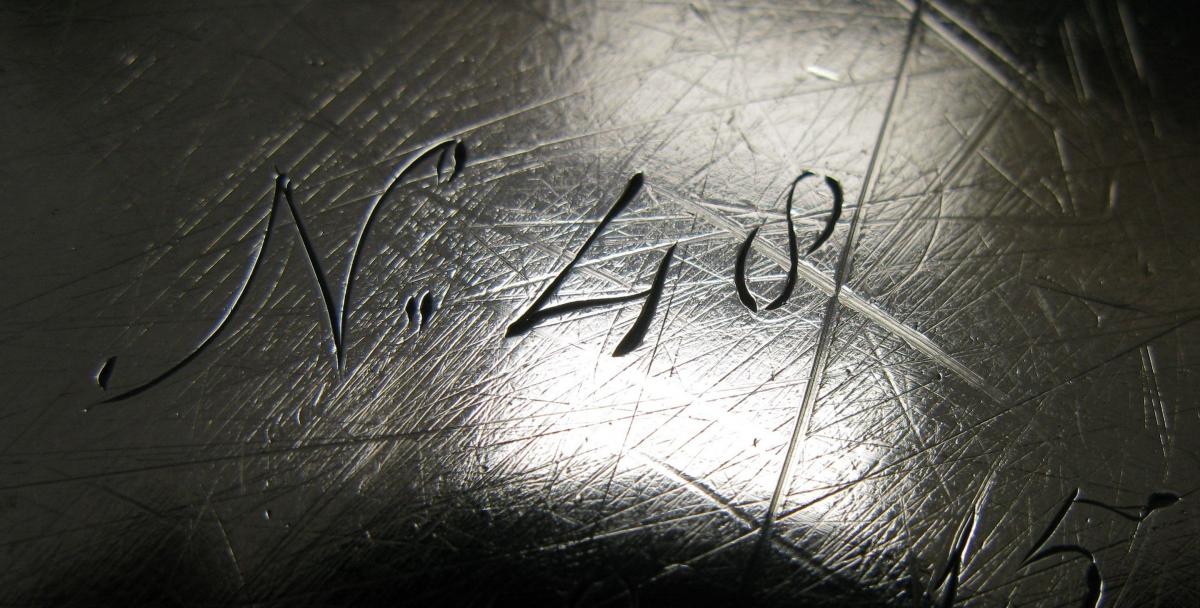 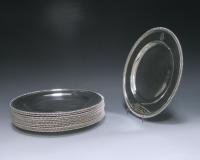 A Set of 12 Impressive Antique Sterling Silver Dinner Plates, the rims are applied gadroon. Each plate is engraved with the crest of George Hamilton-Gordon , 4th Earl of Aberdeen.

The plates are made by Burwash & Sibley of London in 1808. This is the same year thatGeorge Hamilton-Gordon was created a Knight of the Thistle. The plates along with his crest are engraved with the order of the thistle. They are all engraved with numbers and original scratch weights indicating that these 12 were from a larger set - they are all in very fine condition.

George Hamilton-Gordon, 4th Earl of Aberdeen KG KT FRSE FRS PC FSA(Scot) (28 January 1784 – 14 December 1860), styled Lord Haddo from 1791 to 1801, was a British politician, diplomat and landowner, successively a Tory, Conservative and Peelite, who served as Prime Minister of the United Kingdom from 1852 until 1855.

Aberdeen's career was dominated by foreign policy, but his experience did not prevent the slide towards the Crimean War. His personal life was marked by the loss of both parents by the time he was eleven, and of his first wife after only seven years of a happy marriage. His daughters died young, and his relations with his sons were difficult.

Before his marriage he travelled extensively in Europe, including Greece, and he had a serious interest in the classical civilisations and their archaeology. On his return to Britain in 1805 he devoted much time and energy to improving conditions on his Scottish estates. In 1808 he was created a Knight of the Thistle.

After the death of his wife in 1812 he became a diplomat, almost immediately being given the important embassy to Vienna while still in his twenties. His rise in politics was equally rapid, his experience led to his appointment as Foreign Secretary and Prime Minister between 1852 and 1855.

Lord Aberdeen had one son and three daughters, all of whom predeceased their father, with his first wife Catherine. In July 1815 he married Harriet, his first wife's sister-in law.

They had four sons and one daughter. The Countess of Aberdeen died in August 1833. Lord Aberdeen died at Argyll House, St. James's, London, on 14 December 1860, and was buried in the family vault at Stanmore.