A sancai-glazed figure of an earth spirit. 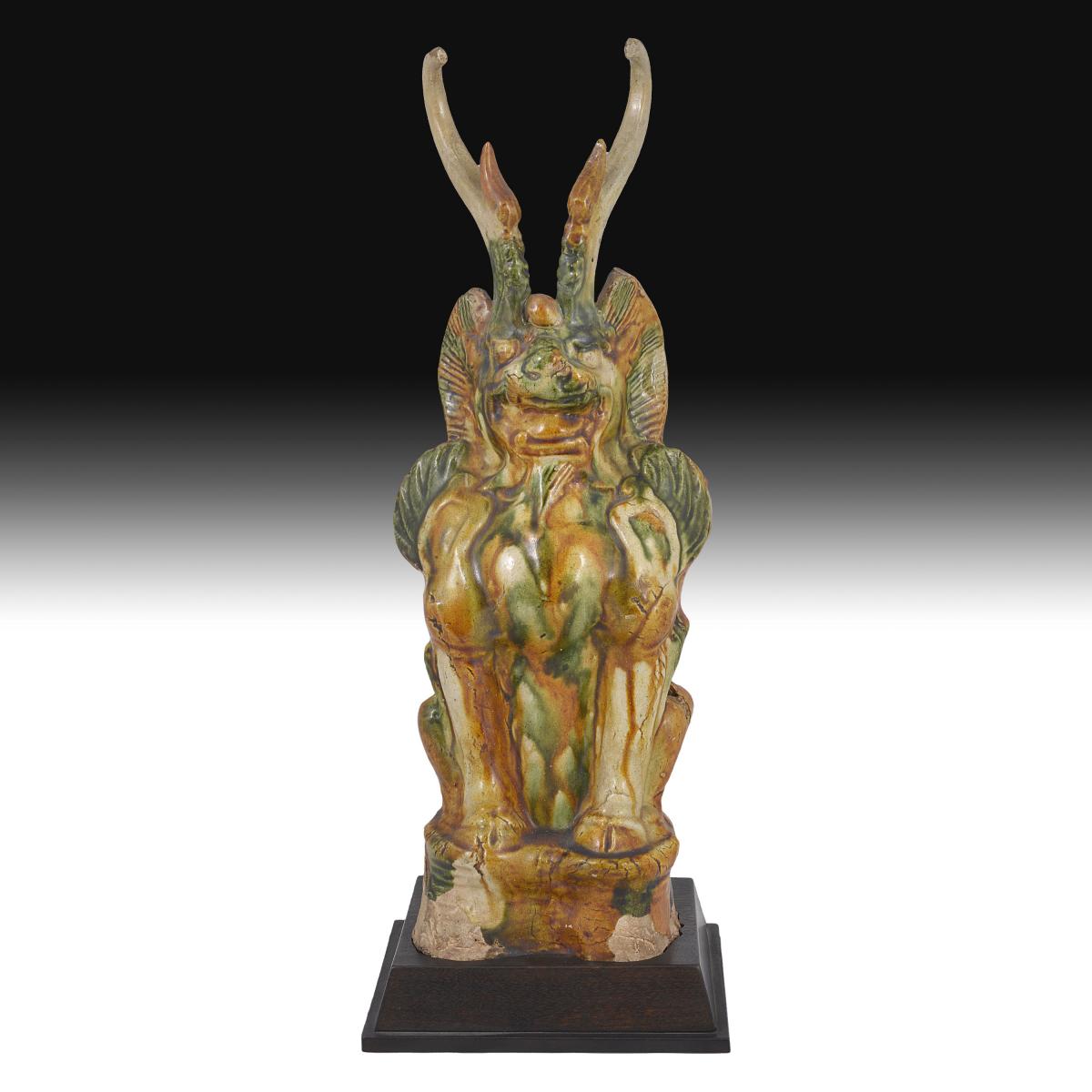 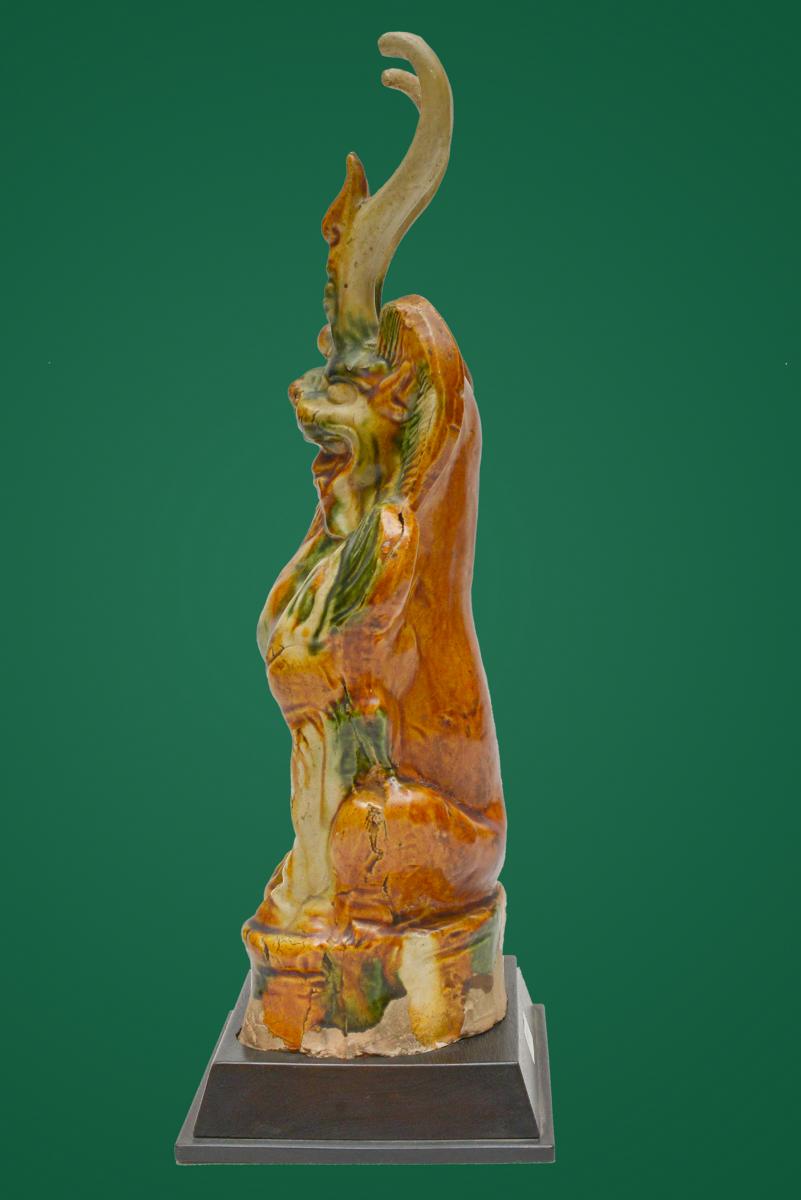 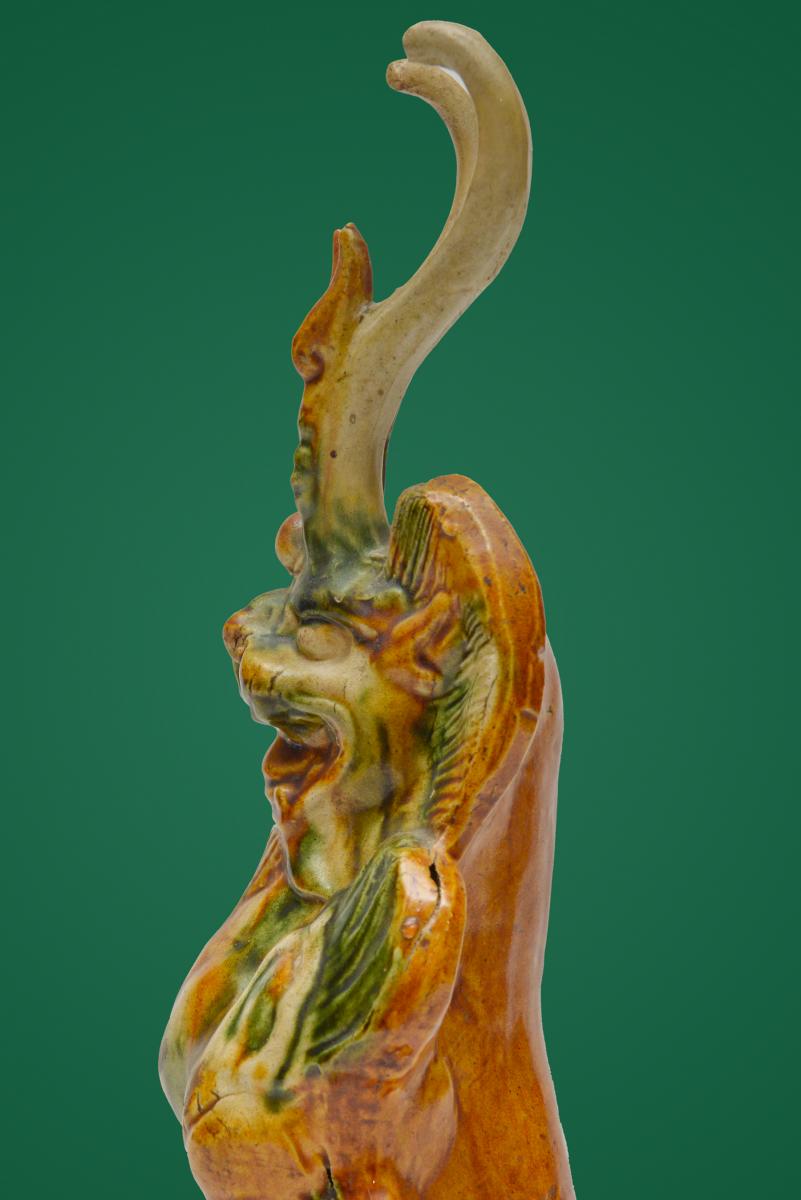 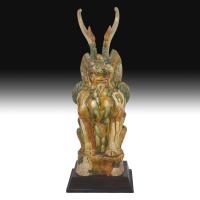 The two-horned mythical beast, with a feline like head, hoofed feet, and two short wings spanning out from the back of its head is shown here splashed all over in the typical sancai colours of amber (iron oxide), green (copper oxide) and a white slip brown.

Squatting on its haunches the beast releases a warning roar to all who are caught in the gaze of its bulging eyes.

These magnificent hybrid animals were placed in the entrances of tombs in pairs not only to repel any hostile beings who dared to trespass, but to keep the occupant of the tomb from disturbing the living.

Known as ‘zhenmushou’, (grave-quelling beasts) these guardians started to be manufactured in greater numbers for northern China tombs during the 5th century AD and continued to play an important part through the Tang dynasty.