Sailor's Woolwork (woolie) of a Royal Navy Ship, Circa 1865. 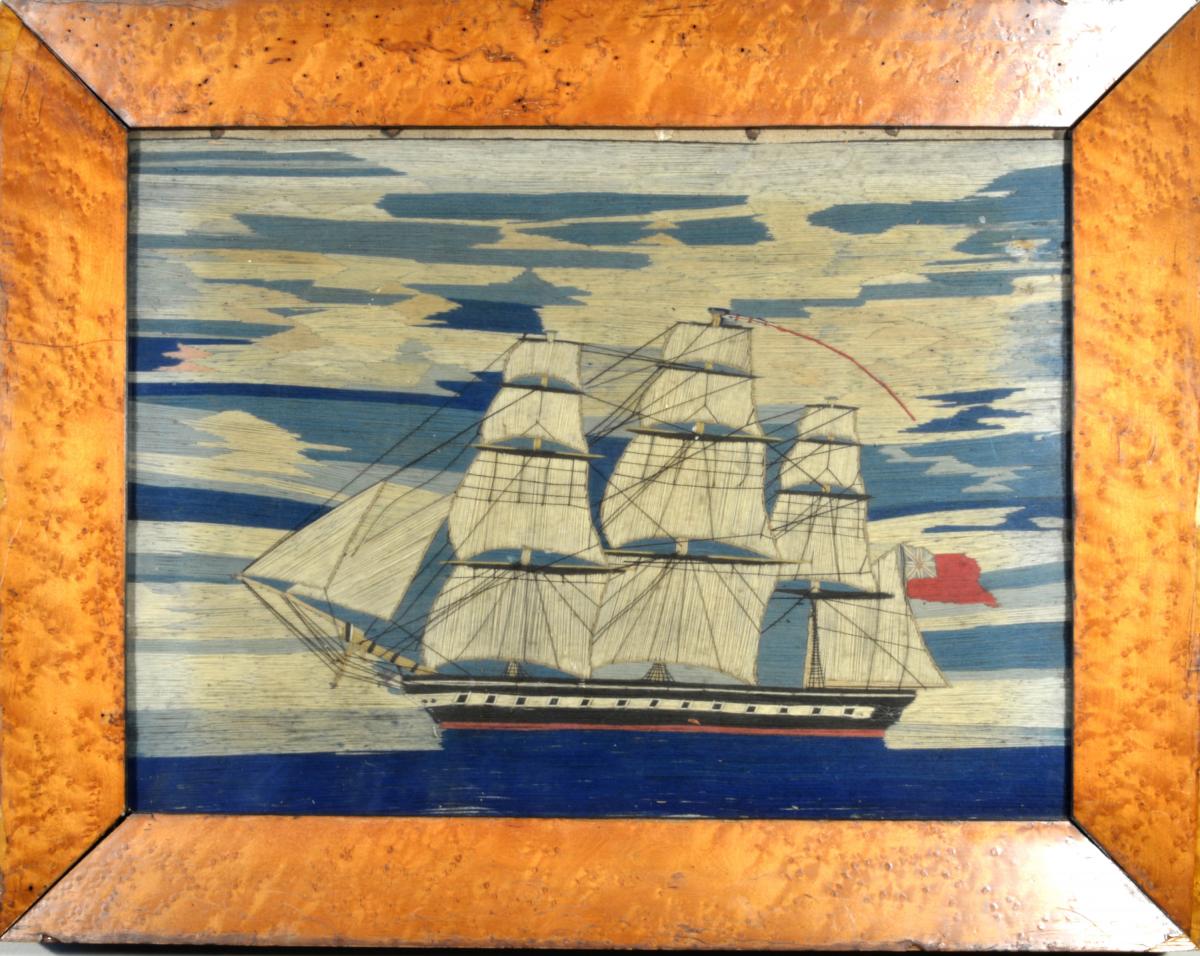 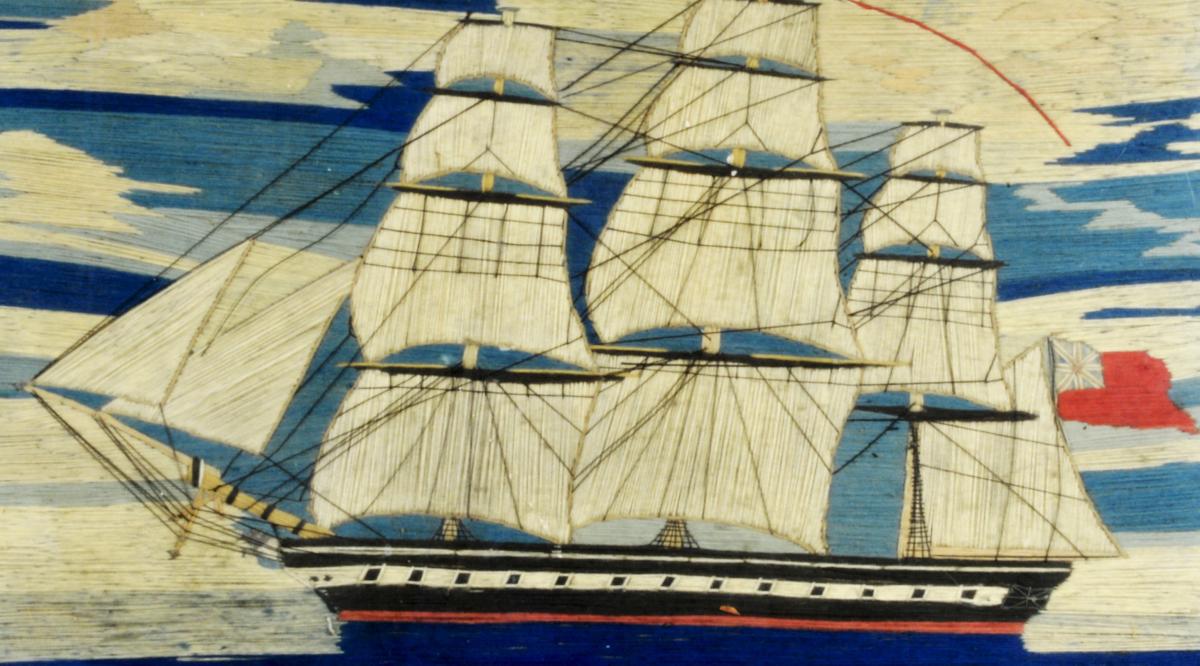 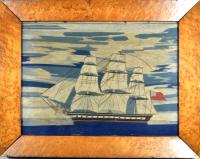 English Sailor's Woolwork of a Royal Navy Ship,
Circa 1865.

The sailor's woolie with good strong colour depicts a starboard view of a three-masted Royal Navy ship which is probably a six rater with 26 gun ports.  The ship is sailing under a well designed and colourful sky with various blues and cloud formations.  A red banner flies from her mainmast and a Red Ensign from her mizzenmast.

Sixth rate was the designation used by the Royal Navy for small warships mounting between 20 and 24 carriage-mounted guns on a single deck, sometimes with smaller guns on the upper works and sometimes without. It thus encompassed ships with up to 30 guns in all. In the first half of the 18th century the main battery guns were 6-pounders, but by mid-century these were supplanted by 9-pounders.

Sixth-rate ships typically had a crew of about 150-240 men, and measured between 450 and 550 tons. A 28-gun ship would have about 19 officers; commissioned officers would include the captain, and two lieutenants; warrant officers would include the master, ship's surgeon, and purser. The other quarterdeck officers were the chaplain and a Royal Marines lieutenant. The ship also carried the standing warrant officers, the gunner, the bosun and the carpenter, and two master's mates, four midshipmen, an assistant surgeon, and a captain's clerk.

The rest of the men were the crew, or the 'lower deck'. They slept in hammocks and ate their simple meals at tables, sitting on wooden benches. A sixth rate carried about 23 marines, while in a strong crew the bulk of the rest were experienced seamen rated 'able' or 'ordinary'. In a weaker crew there would be a large proportion of 'landsmen', adults who were unused to the sea.

The larger sixth rates were those of 28 guns (including four smaller guns mounted on the quarterdeck) and were classed as frigates. The smaller sixth rates with between 20 and 24 guns, still all ship-rigged and sometimes flush-decked vessels, were known as "post ships" because, being rated, they were still large enough to have a post-captain in command, instead of a lieutenant or commander.

During the Napoleonic Wars, the by now elderly sixth-rate frigates were found to be too small for the duties expected of a fifth-rate frigate, and were phased out without replacement, although a few lasted in auxiliary roles until after 1815. However, a fresh batch of twelve 22-gun post ships were built.

In later years sixth-rate frigates were sometimes called "jackass frigates", as they were really not quite big enough for proper frigate duties.