A rootwood brushpot using the natural form of the wood with a solid base and flat lip and the body retaining the natural knots and burrs, Chinese, Qing dynasty dated 1745. 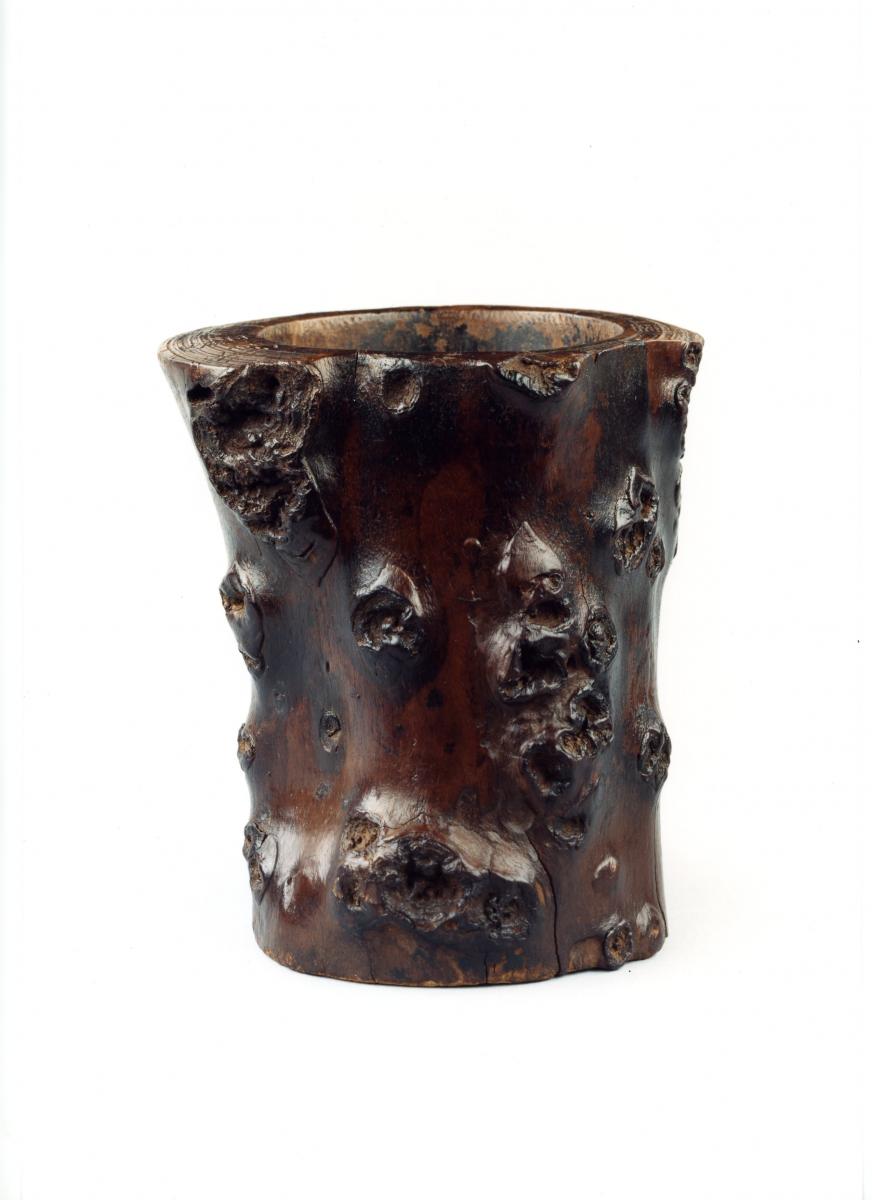 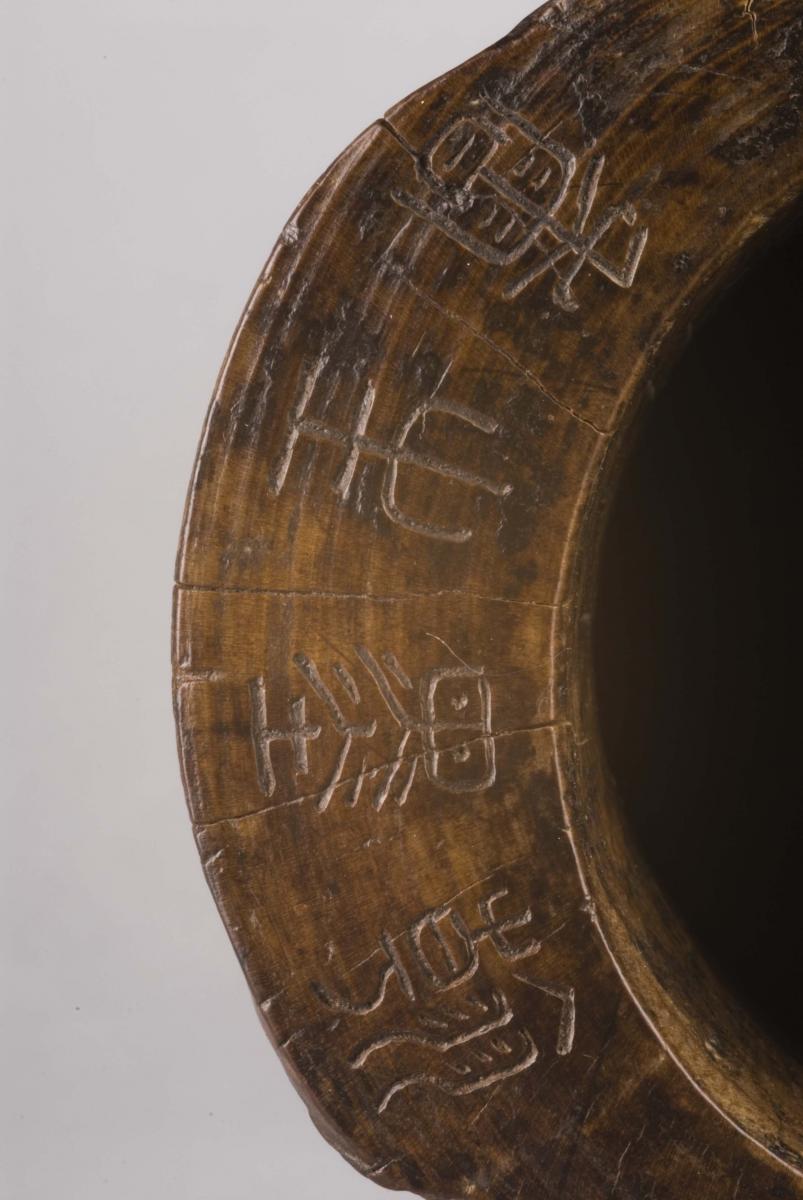 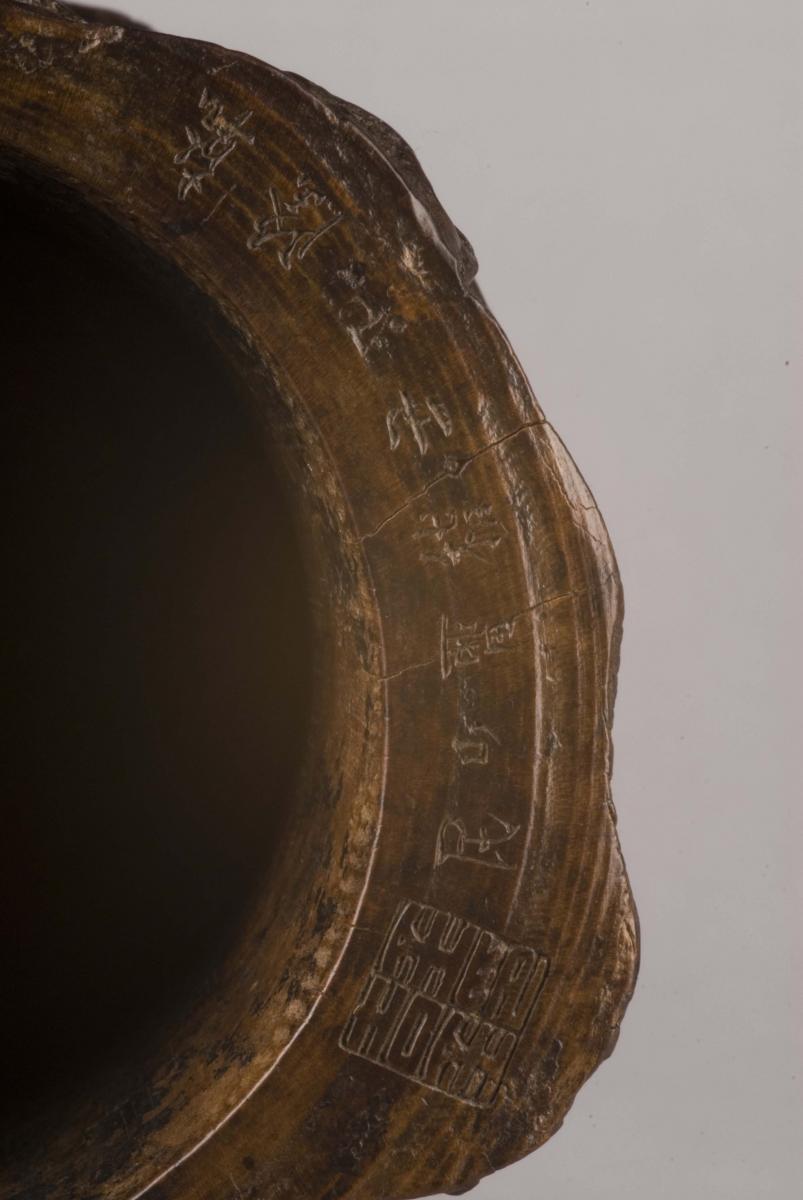 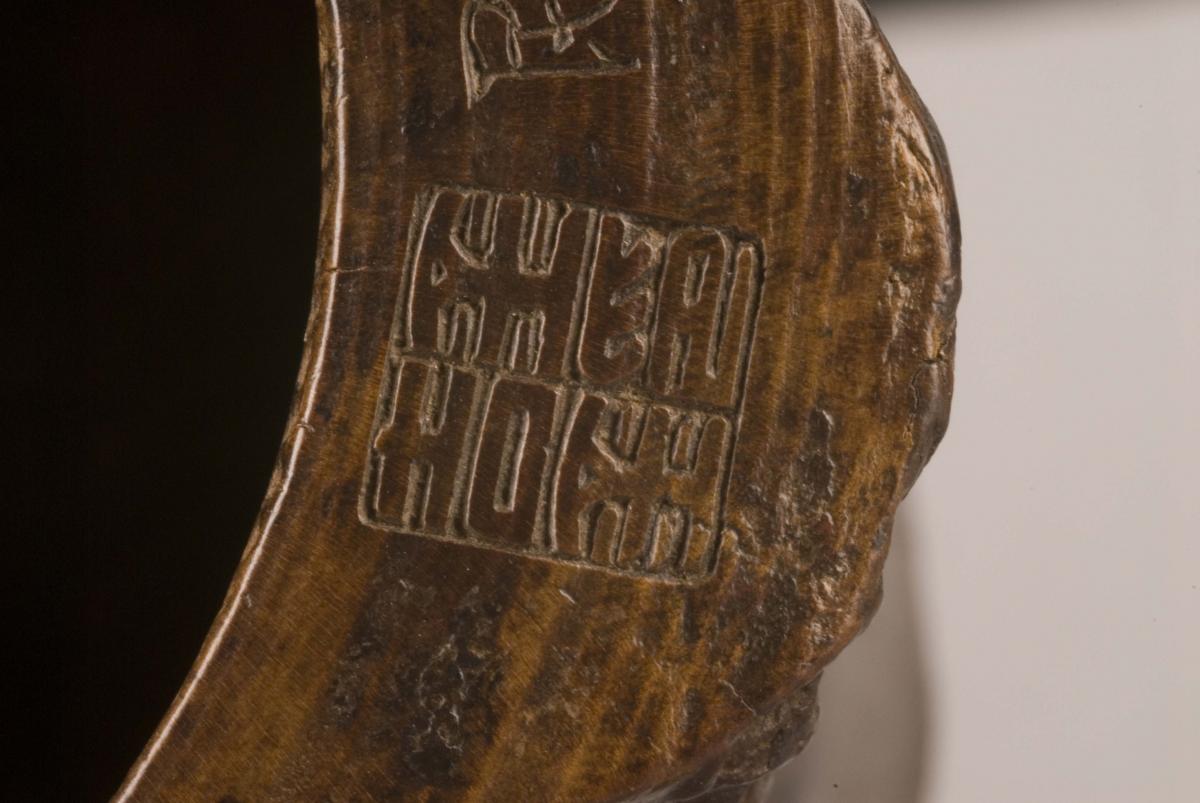 A rootwood brushpot using the natural form of the wood with a solid base and flat lip and the body retaining the natural knots and burrs. The surface is a rich dark reddish brown with considerable traces of ink and lacquer to both the exterior and interior surfaces. The brushpot appears extremely free of artifice except for the calligraphy to the rim. The four large seal script character read Han Mo  Sheng Xiang  read as ‘Fragrance arising from literary pursuits’ - a paean to the delights of the scholar’s life, praising the sublime scent that accompanies literary pursuits. On the opposite side of the rim, carved in fluid kaishu or regular script, is the date Qianlong Yi Chou, the tenth year (1745) of Qianlong and Jiliu Shanmin, one of Jin Nong’s many hao’s. Following this, carved in intaglio, is the four character artist’s seal Ji Jin Jin Yi, Jijin’s gold seal. (Two impressions of Jin Nong’s seal in this style are illustrated in Zhongguo Shuhua Jia Yin Kuan Shi, vol. 1.)

Qing dynasty, Qianlong reign (1736 - 1795), dated 1745.Jin Nong’s dates are variously given as either 1687_1773 or 1687_1764.  Much has been written about him, as he is generally acknowledged as the most famous of the Eight Eccentrics of Yangzhou.   He was a native of Renhe, Zhejiang (present-day Hangzhou), but after travelling extensively thorough northern and southern China, ultimately settled and took up permanent residence in Yangzhou in 1750.  Recognized as a talented poet and calligrapher when he was young, his own calligraphy was strongly influenced by carved stone steles, the inner force of which he strove to replicate with brush and ink. Jin Nong’s famous "lacquer script" bears this out.  For a discussion of Jin Nong’s lacquer script see Cary Liu’s entry in, ‘The Embodied Image, Chinese Calligraphy from the John B. Elliott Collection’, 1999, no. 38, p. 192.

He was a learned scholar and was particularly knowledgeable in the field of jinshi (bronze & stones).  In 1736, Jin Nong received a recommendation to take the examination for entry into the elite Boxue Hongci Academy, an honour which he turned down, in a move that is generally interpreted as being a conscious decision to end his chances for a career as a government official.  He is famous for only beginning to paint after he had reached the age of 50, and according to one account, he began supporting himself by selling paintings only at the age of 59.   He specialised in plum blossoms, bamboo, landscapes & figures.  His style was characterised by a deliberate archaic simplicity and childlike awkwardness that is far from formal likeness.

The question, as is always the case with works of art inscribed by famous painters or calligraphers, pertaining to this brushpot is whether the carving was done at Jin Nong’s behest, or simply done in homage to the artist. 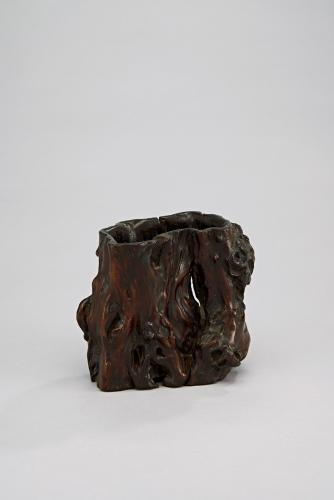 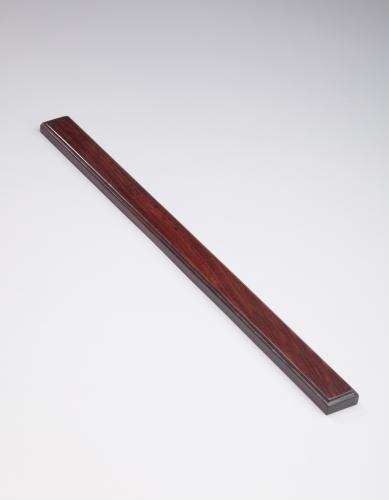 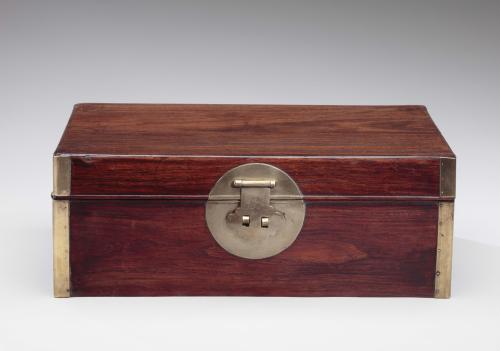