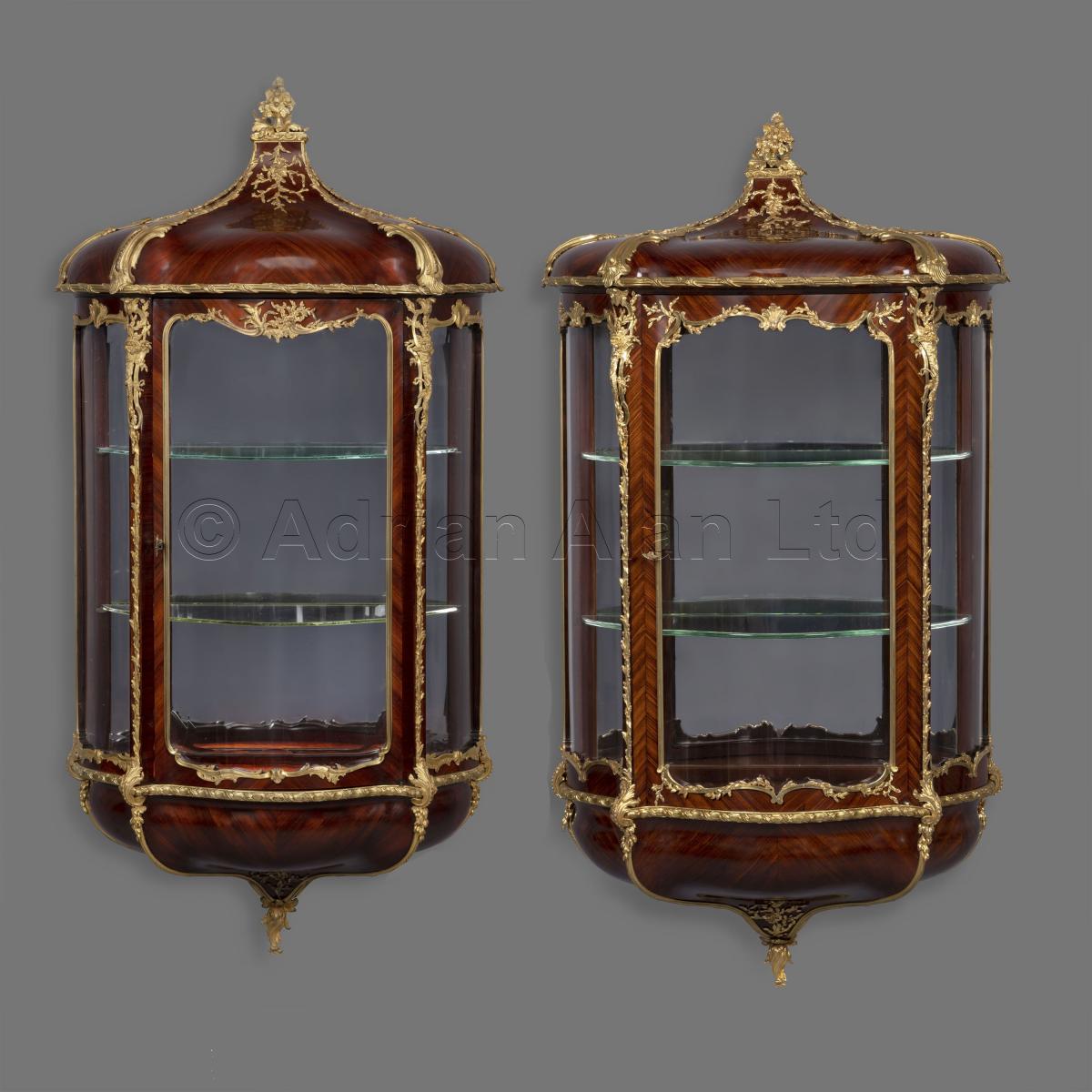 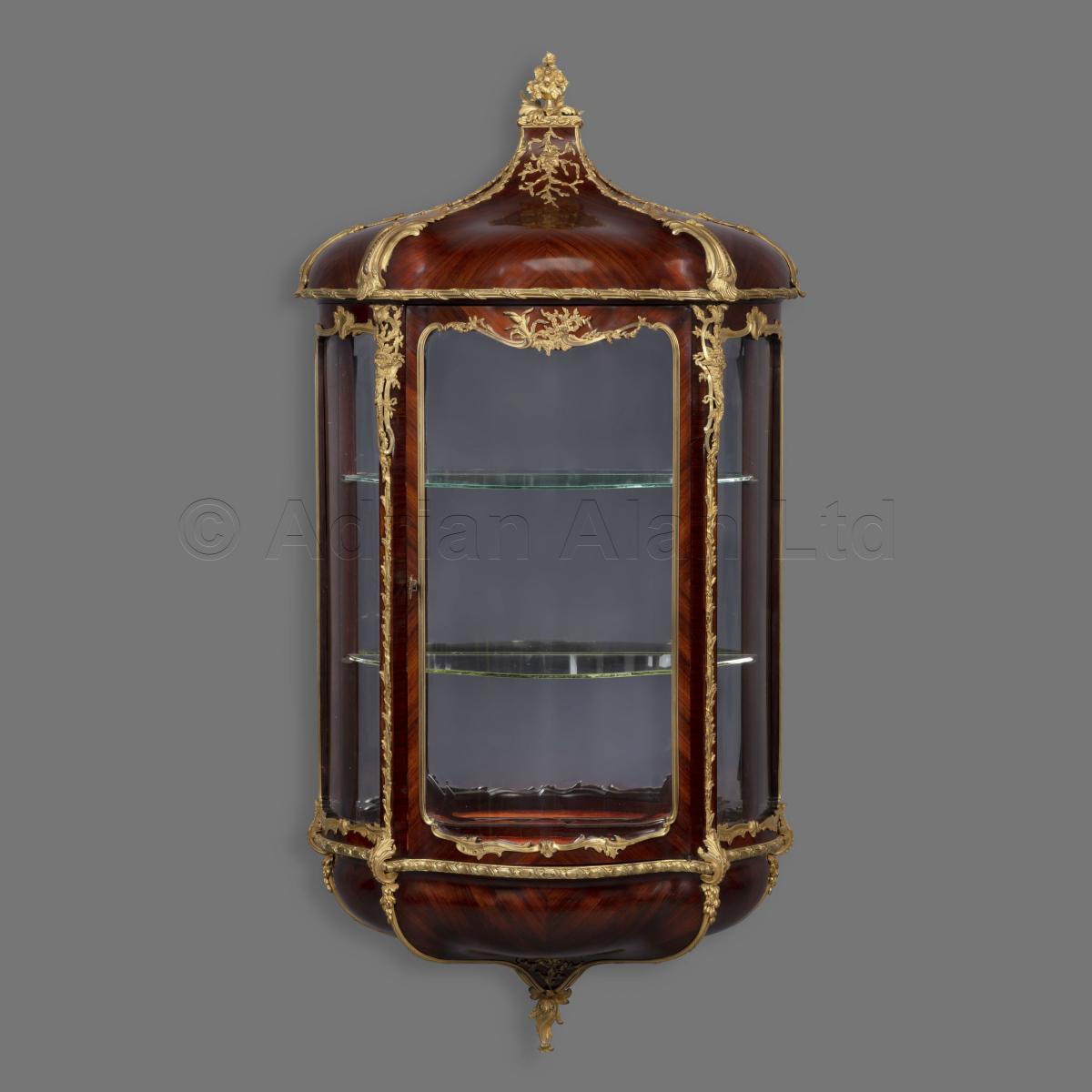 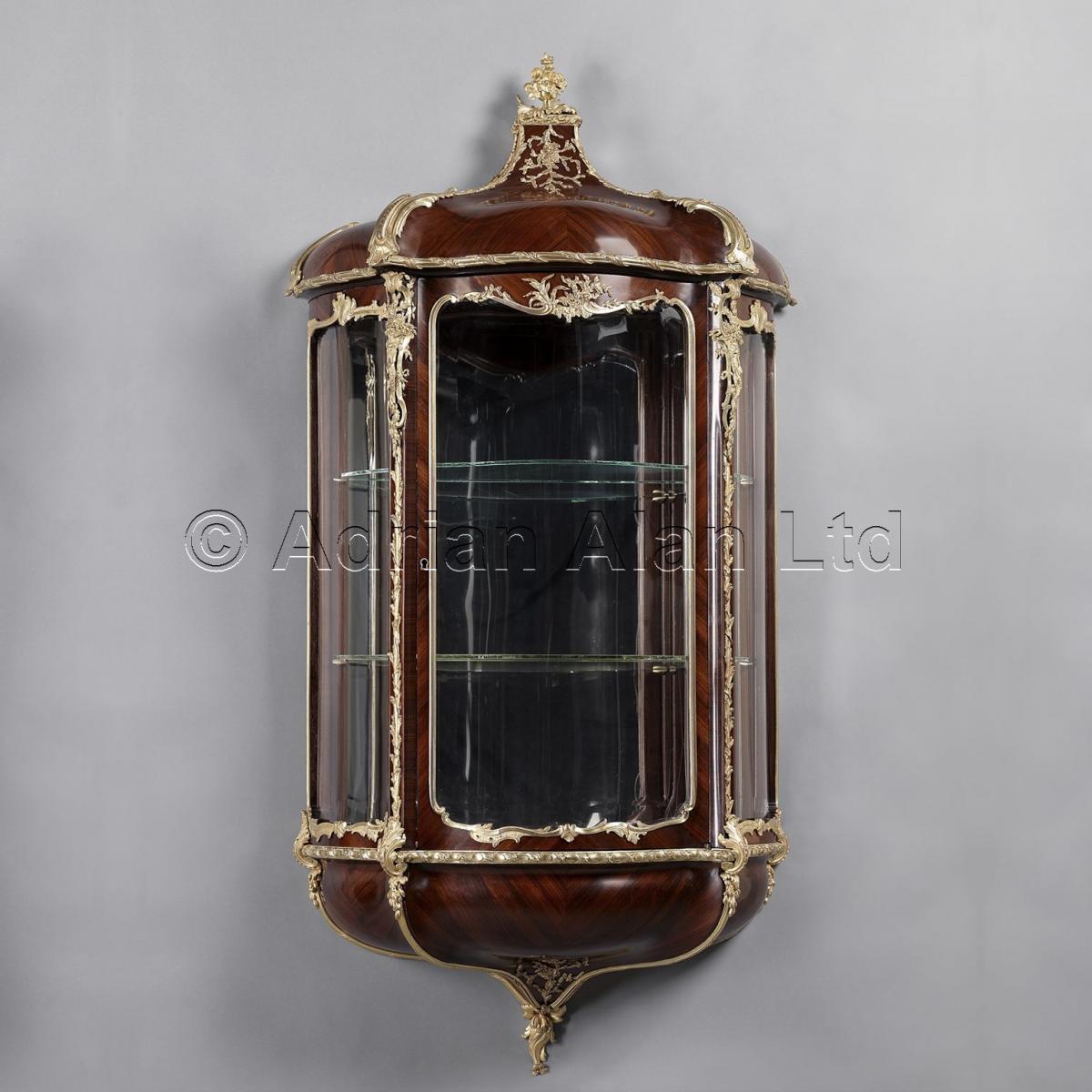 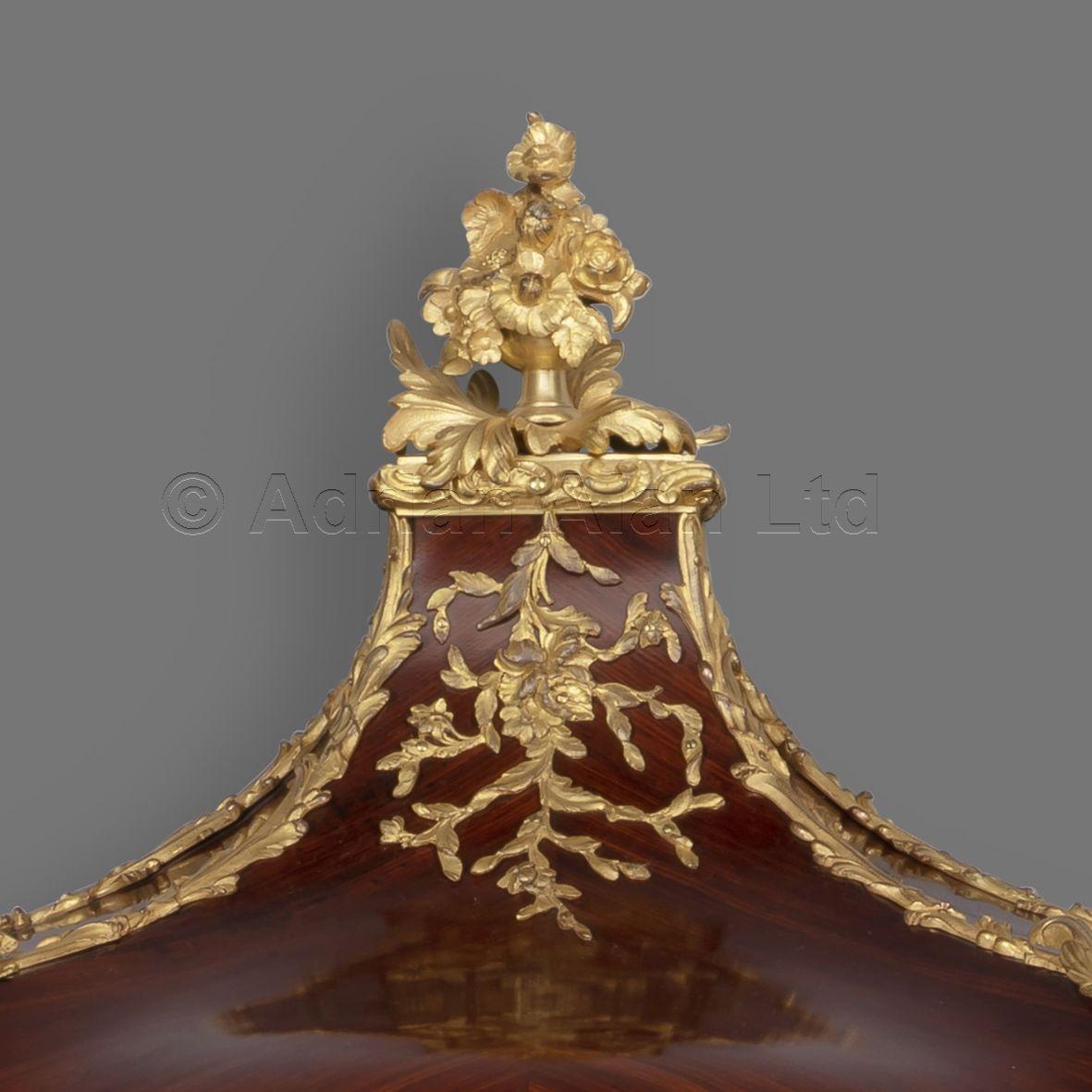 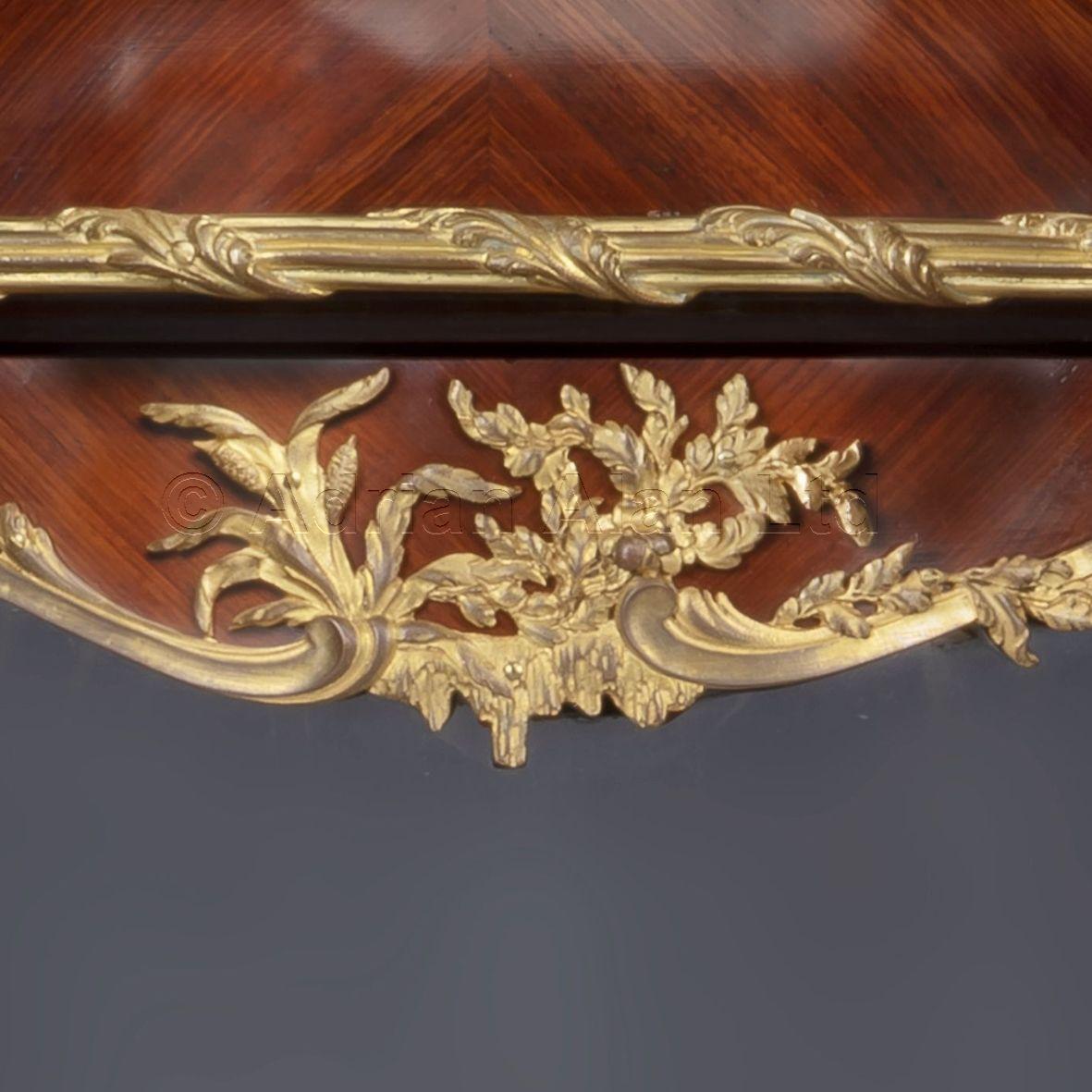 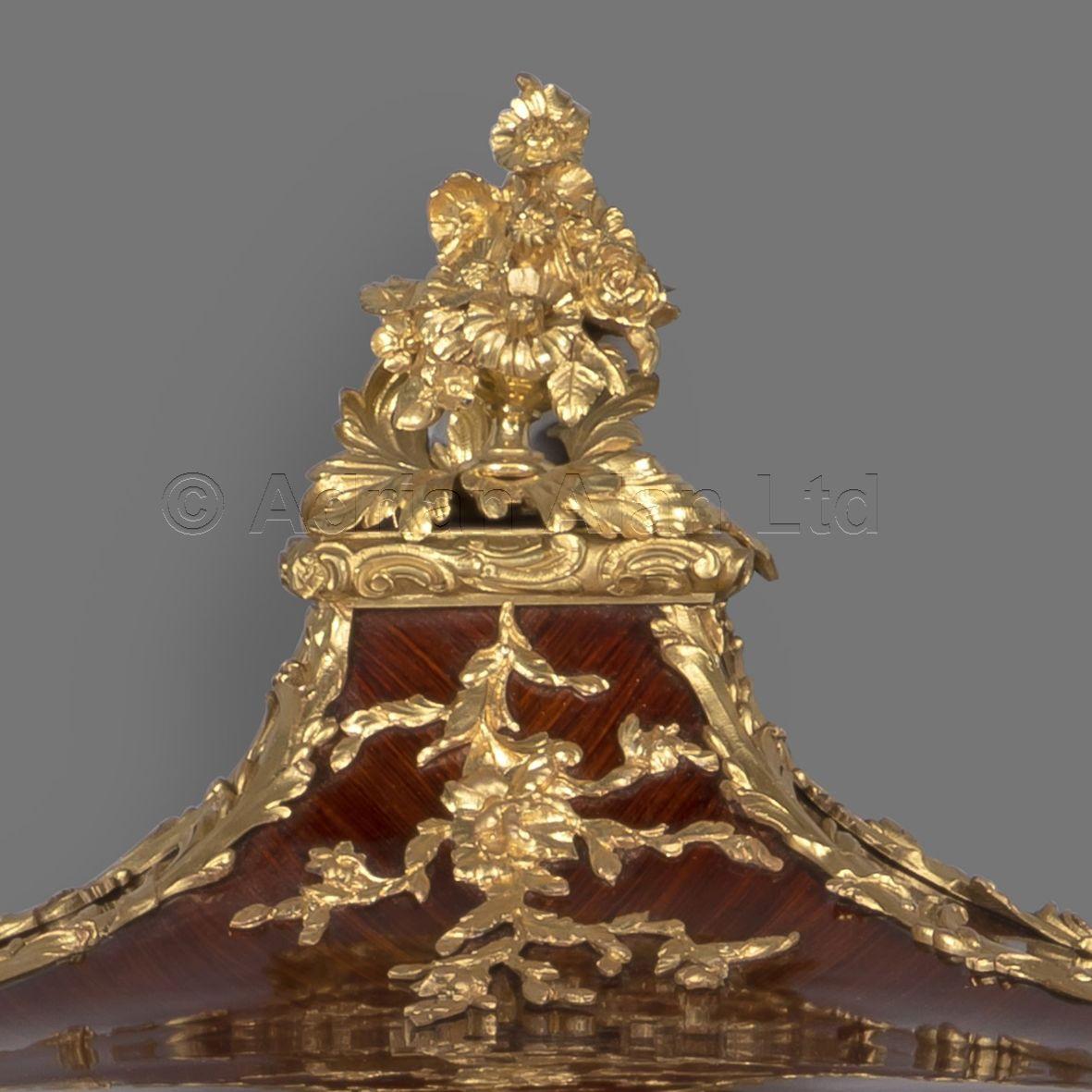 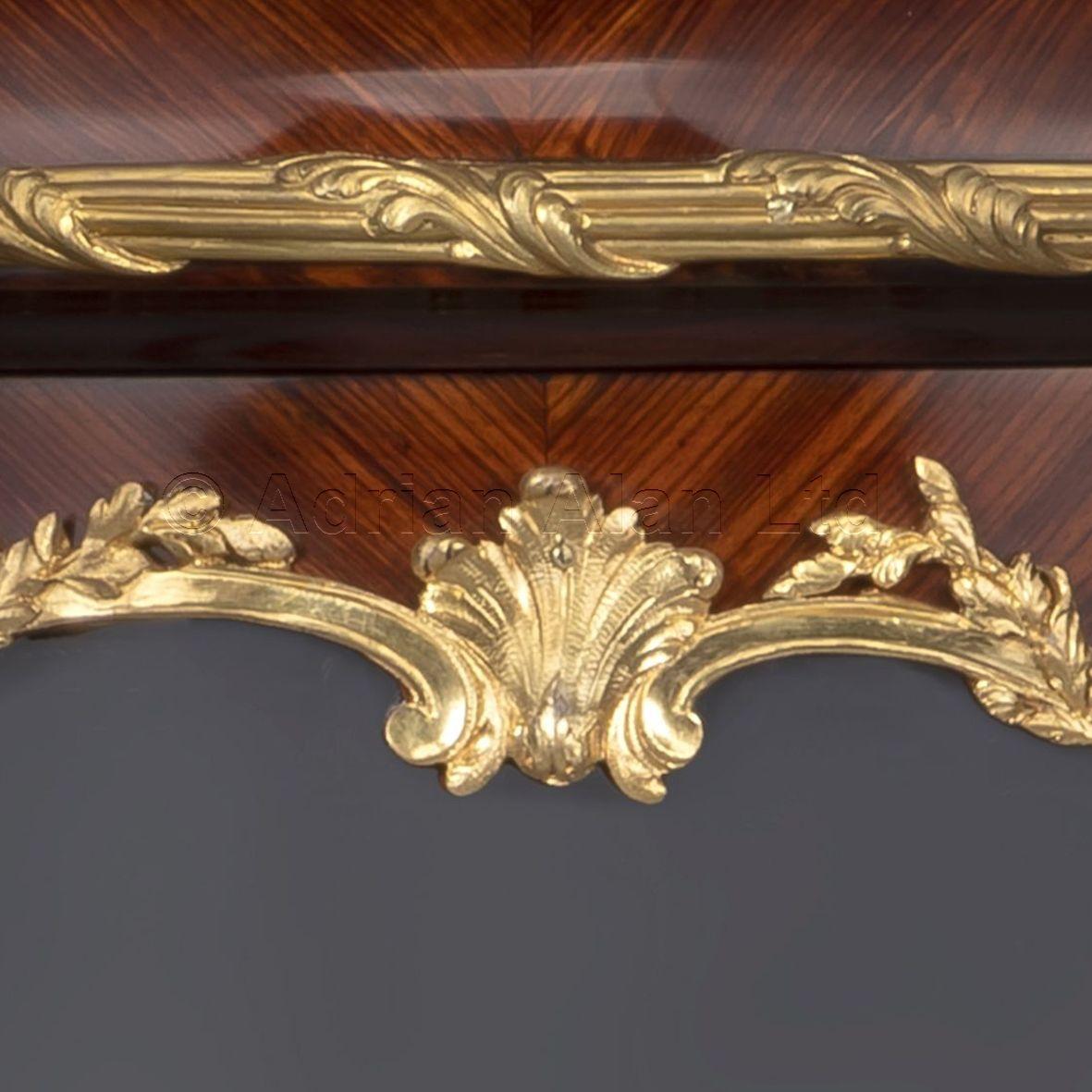 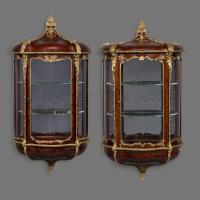 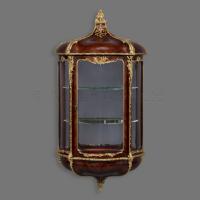 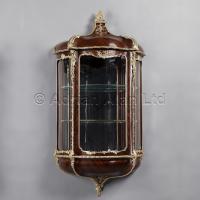 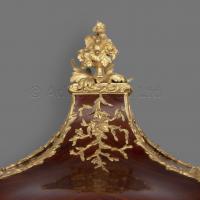 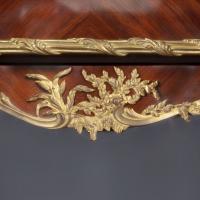 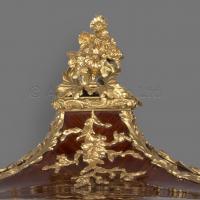 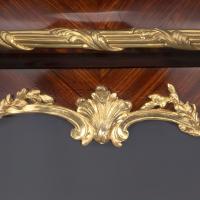 This fine matched pair of vitrines each have a domed top with gilt-bronze acanthus mounts, surmounted by an urn issuing flowers.  The shaped front and side panels have curved glass and are framed by exceptional gilt-bronze foliate mounts above a bombe shaped apron with a foliate gilt bronze terminal.  The interior with a mirrored back and two shelves, on scrolled apron.