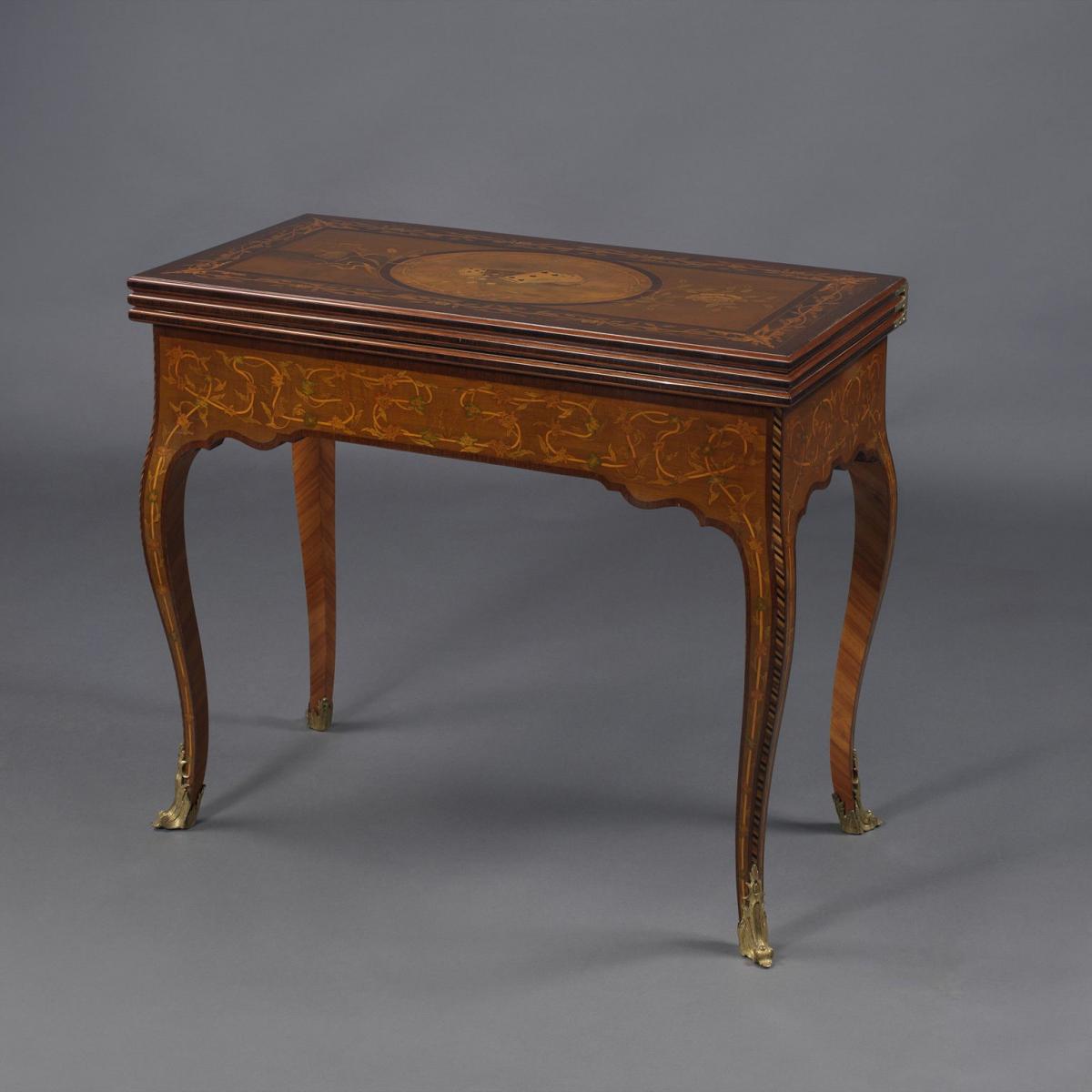 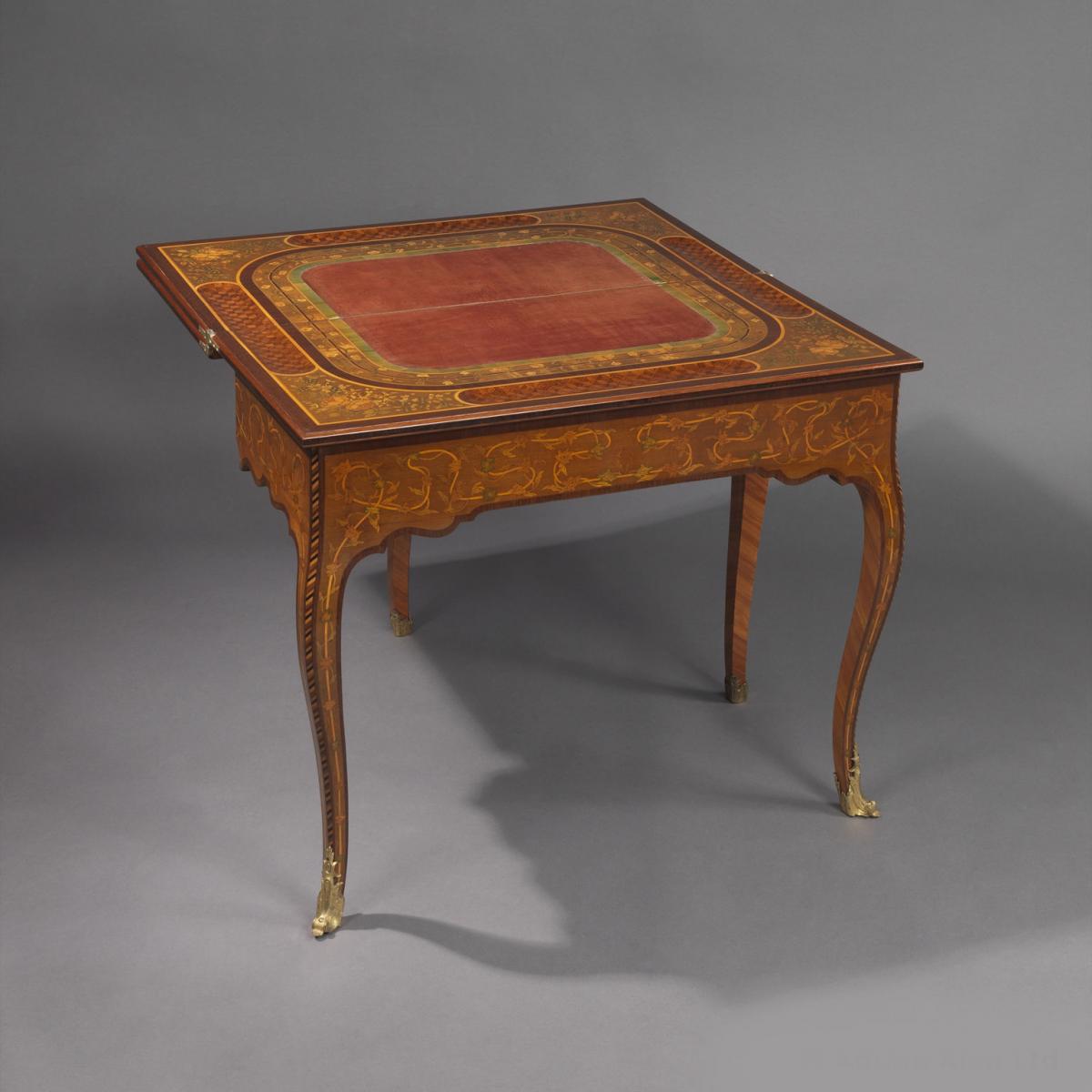 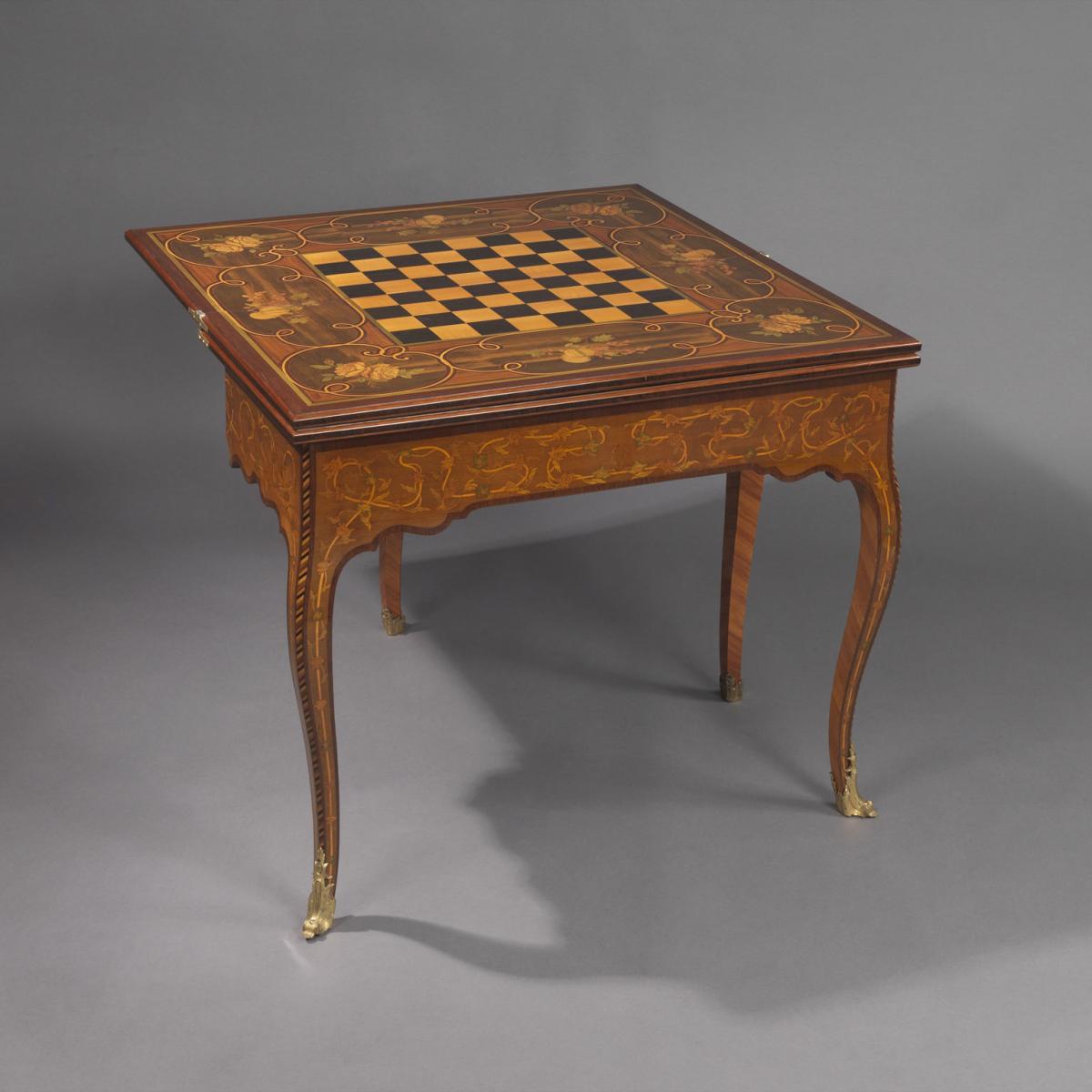 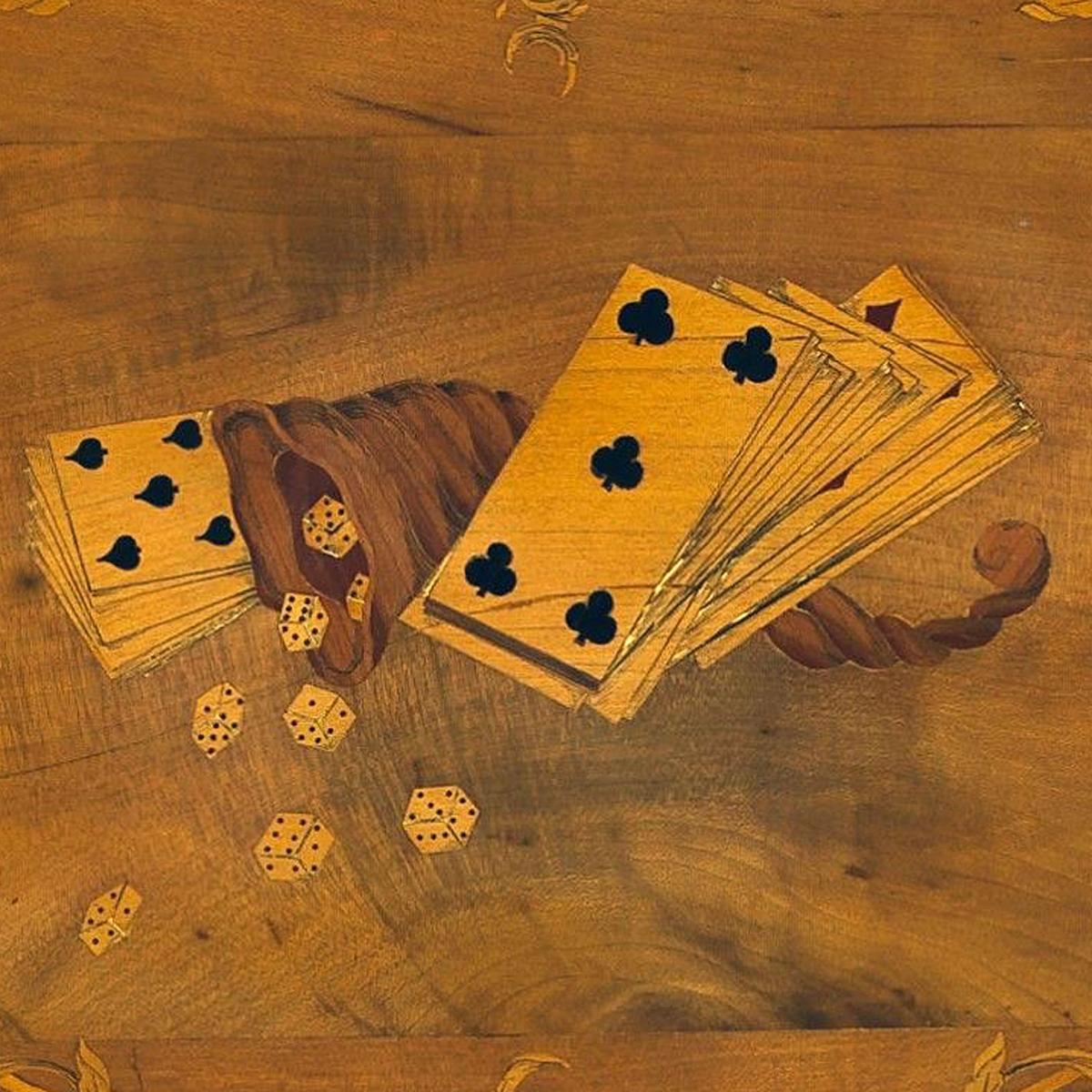 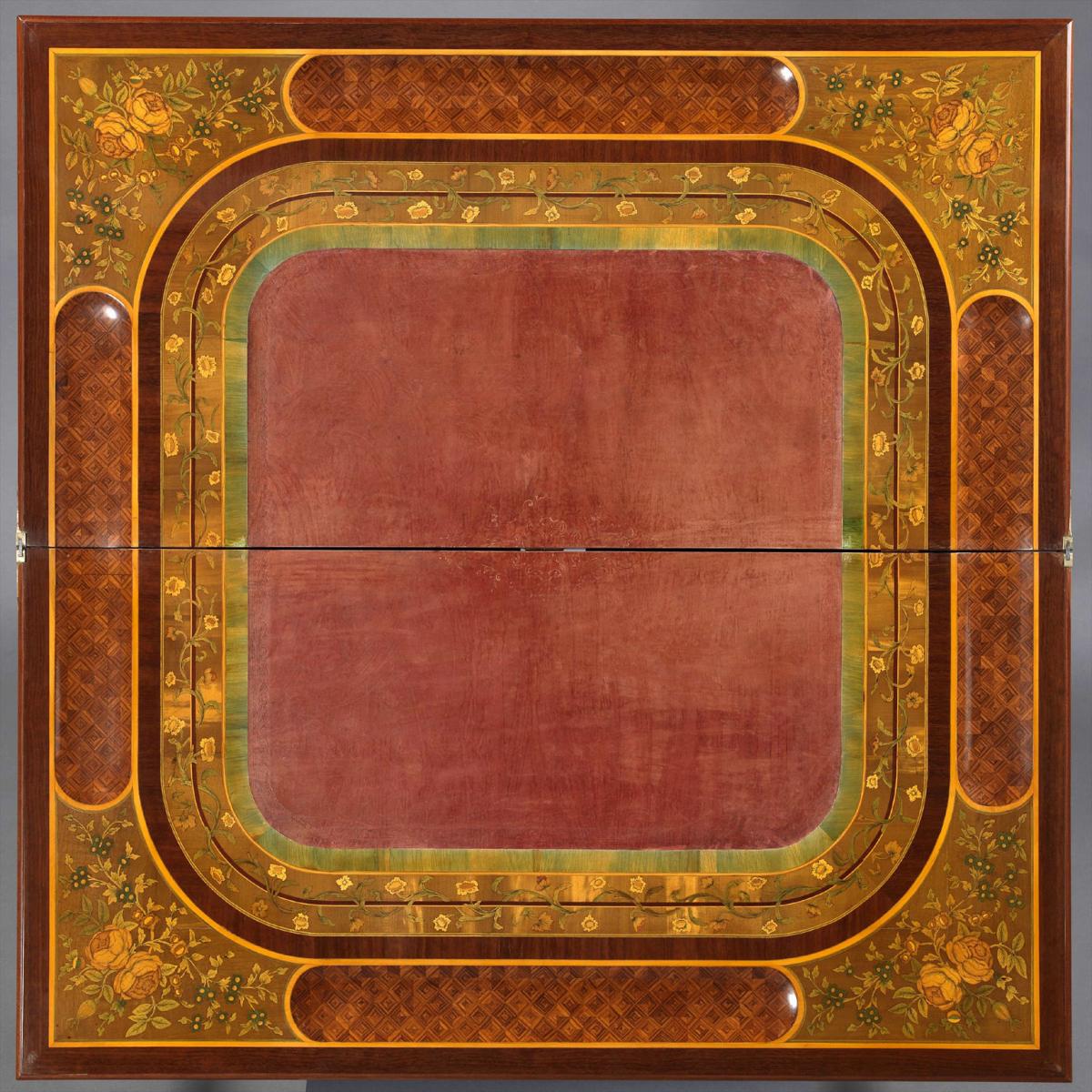 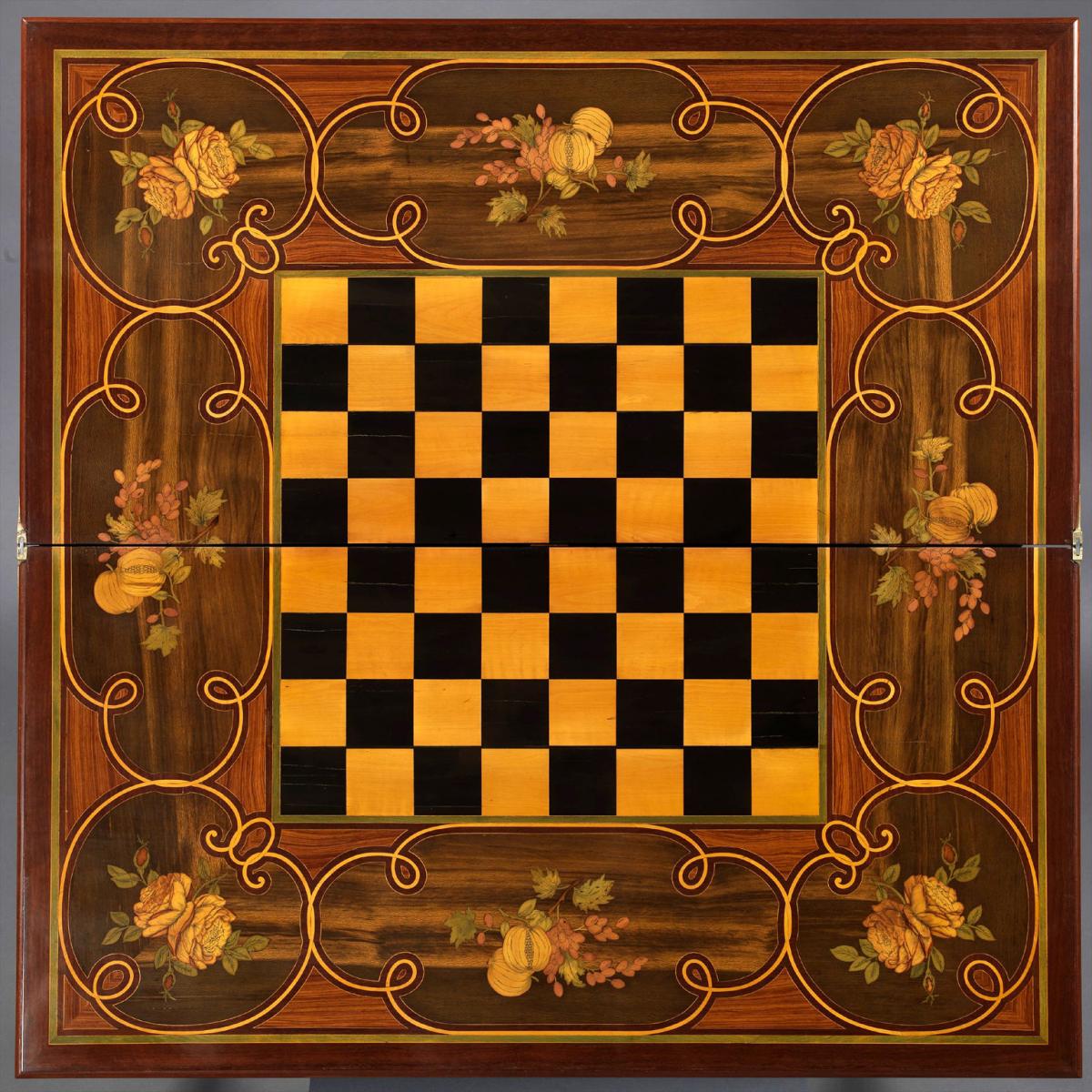 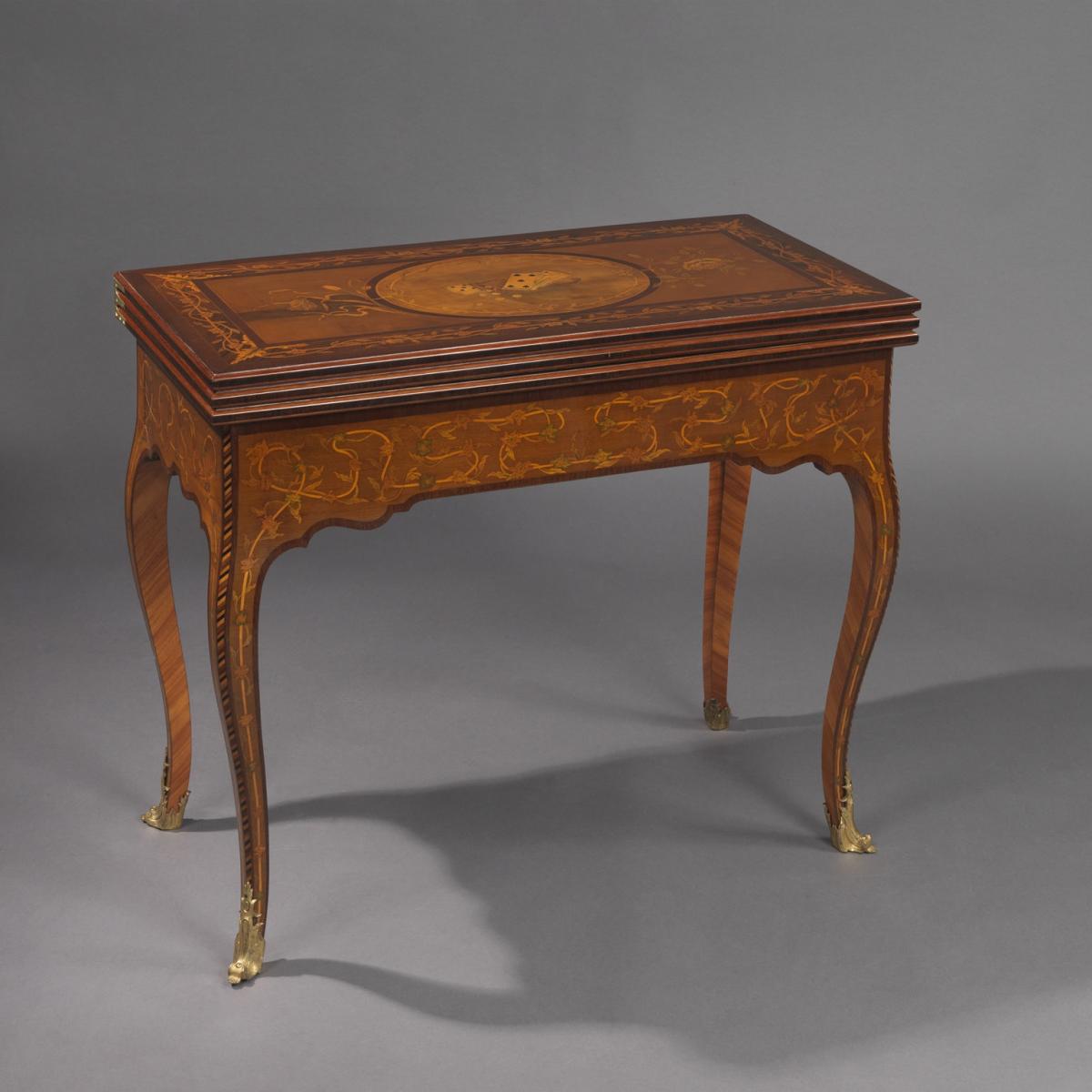 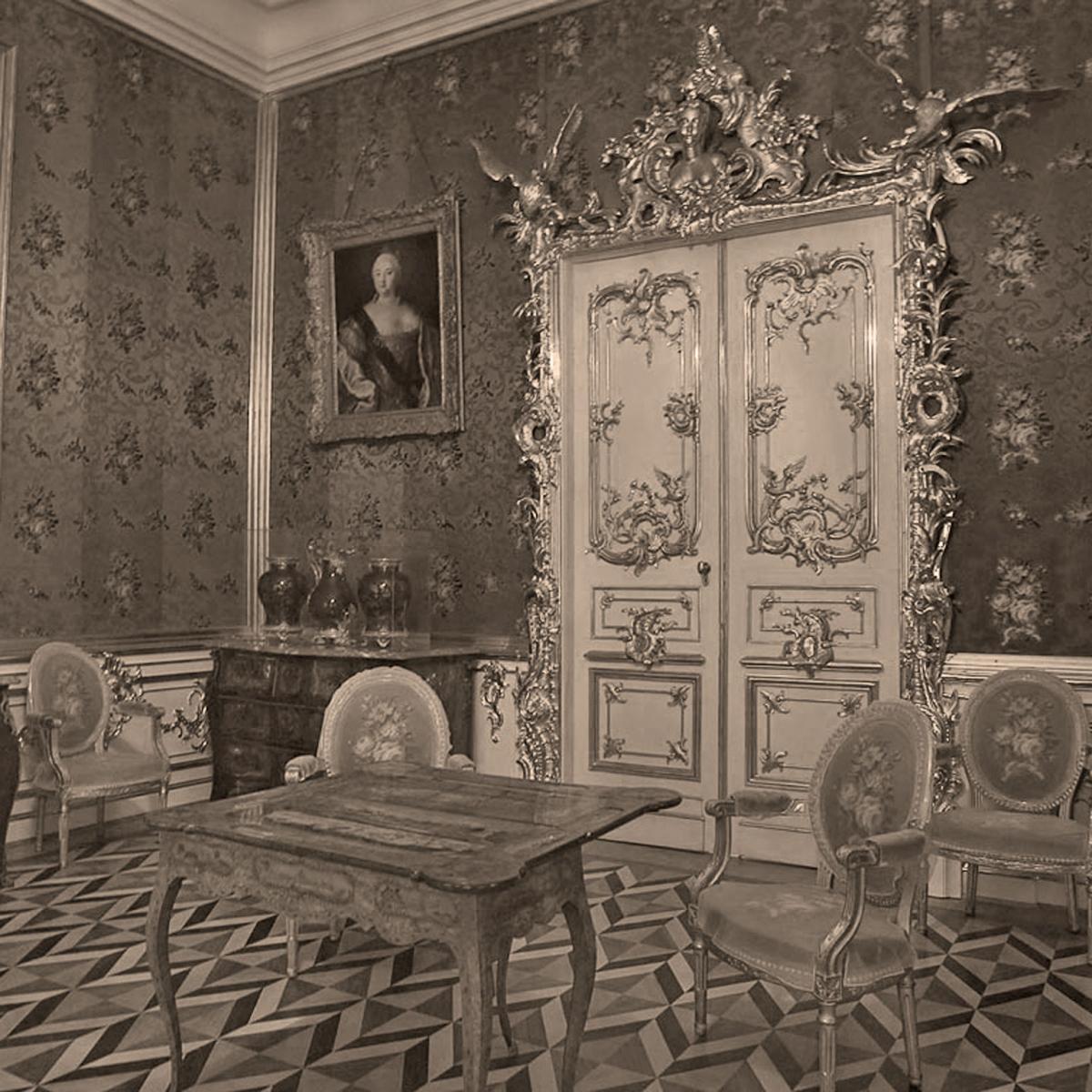 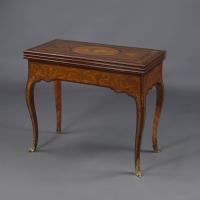 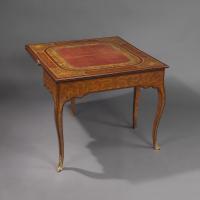 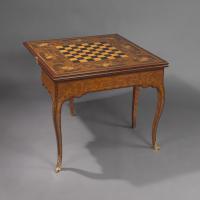 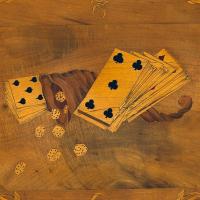 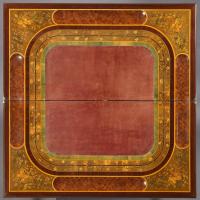 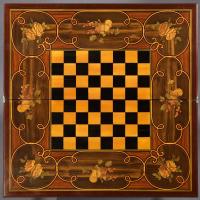 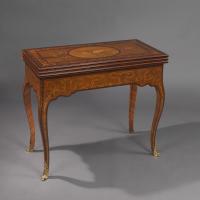 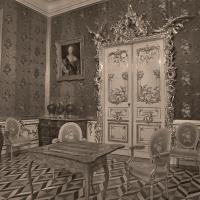 This rare and elegant marquetry games table, or Lomberian, is representative of the golden age of Russian craftsmanship of the early nineteenth century.  The table, in keeping with courtly pursuits of the day, has a triple turn-over top, opening successively to reveal a chess board and a leather playing surface for cards.

The upper surface with exceptional marquetry inlay in stained sycamore, holly, boxwood, and Russian native timbers.   It is centred by an oval roundel with a decorative and highly unusual still-life tableau of playing cards and dice.

The distinctive form of the decorative marquetry inlay and the use of rich indigenous timbers confirm the Russian origin of this table.  The flowering tendrils being a distinctive feature of the work of a small group of St Petersburg cabinet makers such as Nikifor Vasilyev and Matvei Veretennikov.  Both of these master cabinet makers were serfs, Veretennikov belonging to Count Alexander Vasilievich Soltikov and Vassilyev belonging to the Sheremetev estate.   It is interesting to note, that of the small number of known masterpieces by these makers, two of them are elaborately inlaid gaming tables, confirming its importance as a furniture type amongst the Upper Classes of the period.

A late eighteenth century marquetry gaming table by Veretennikov now resides at the Moscow Museum of Russian History, and a marquetry inlaid games table, of related form to the present example, by Nikifor Vasilyev, can be found in the Standard Room of the Peterhof Palace.