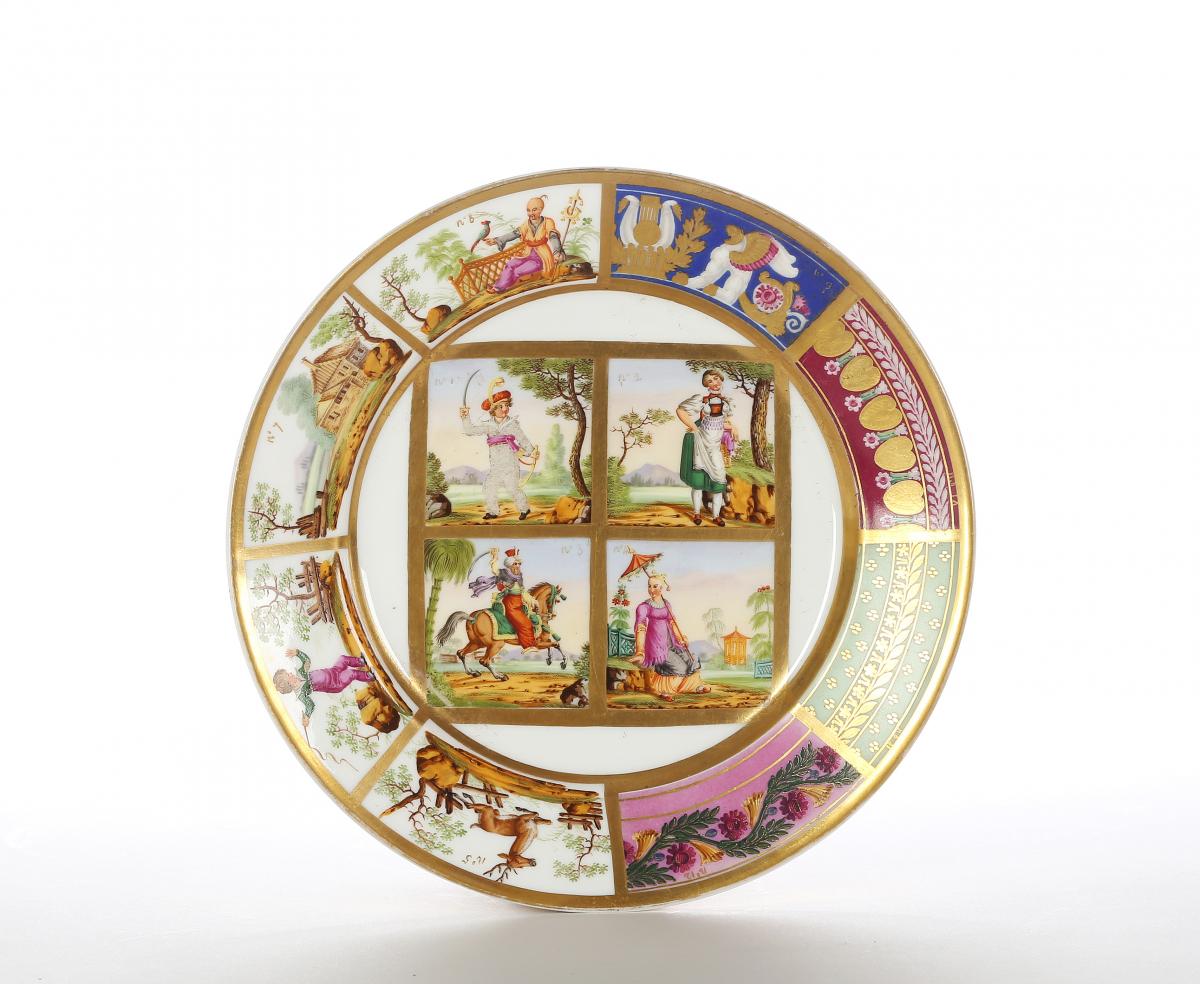 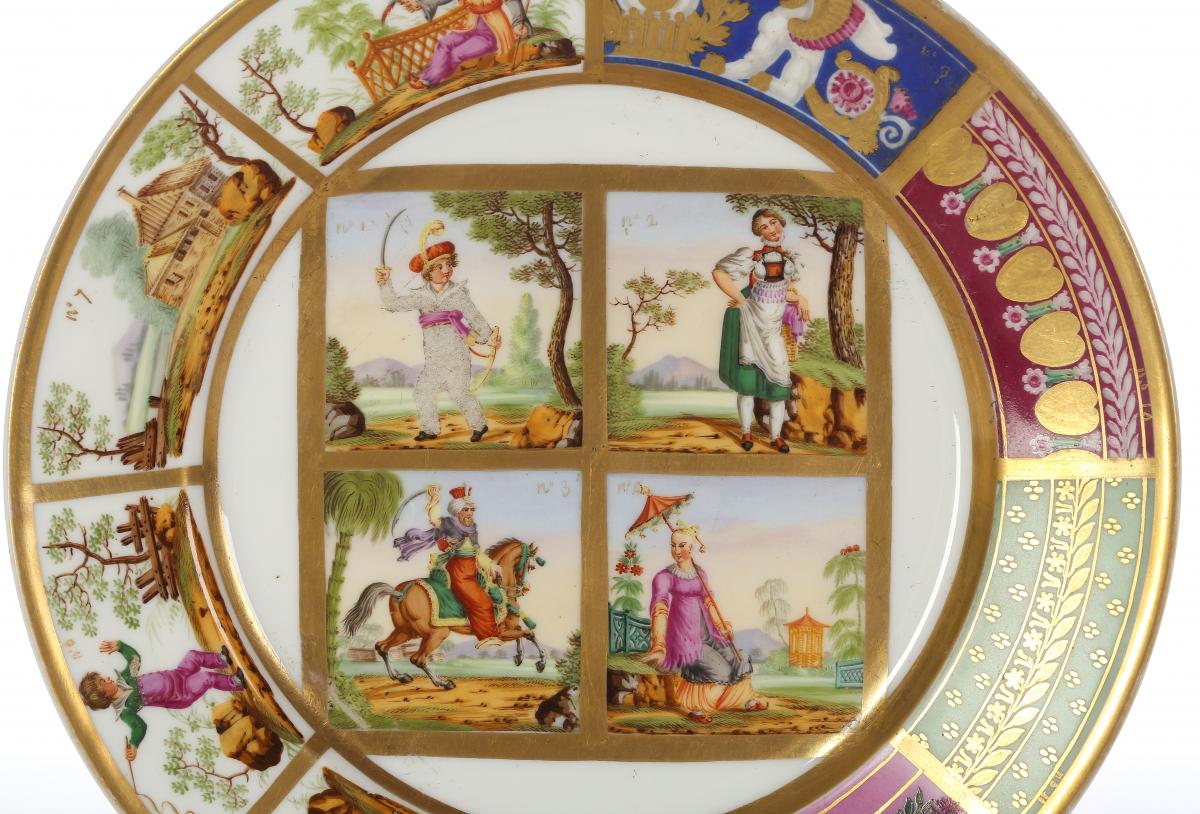 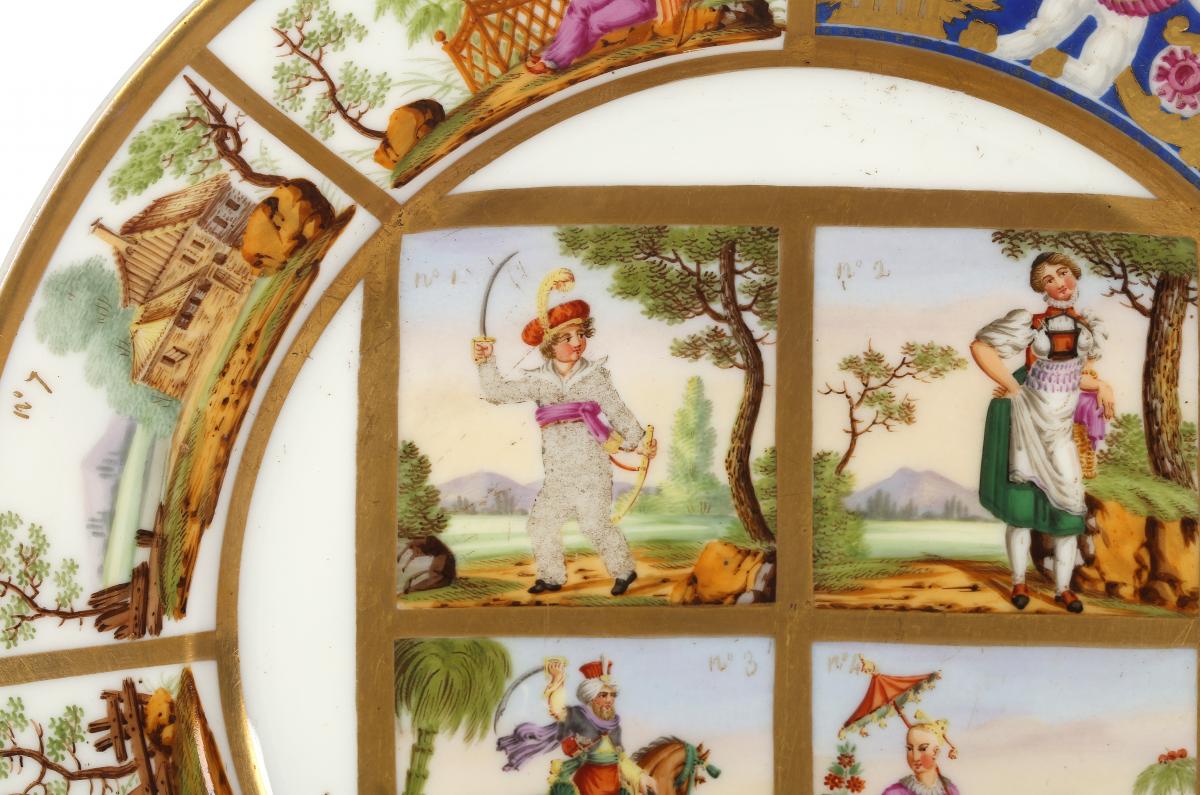 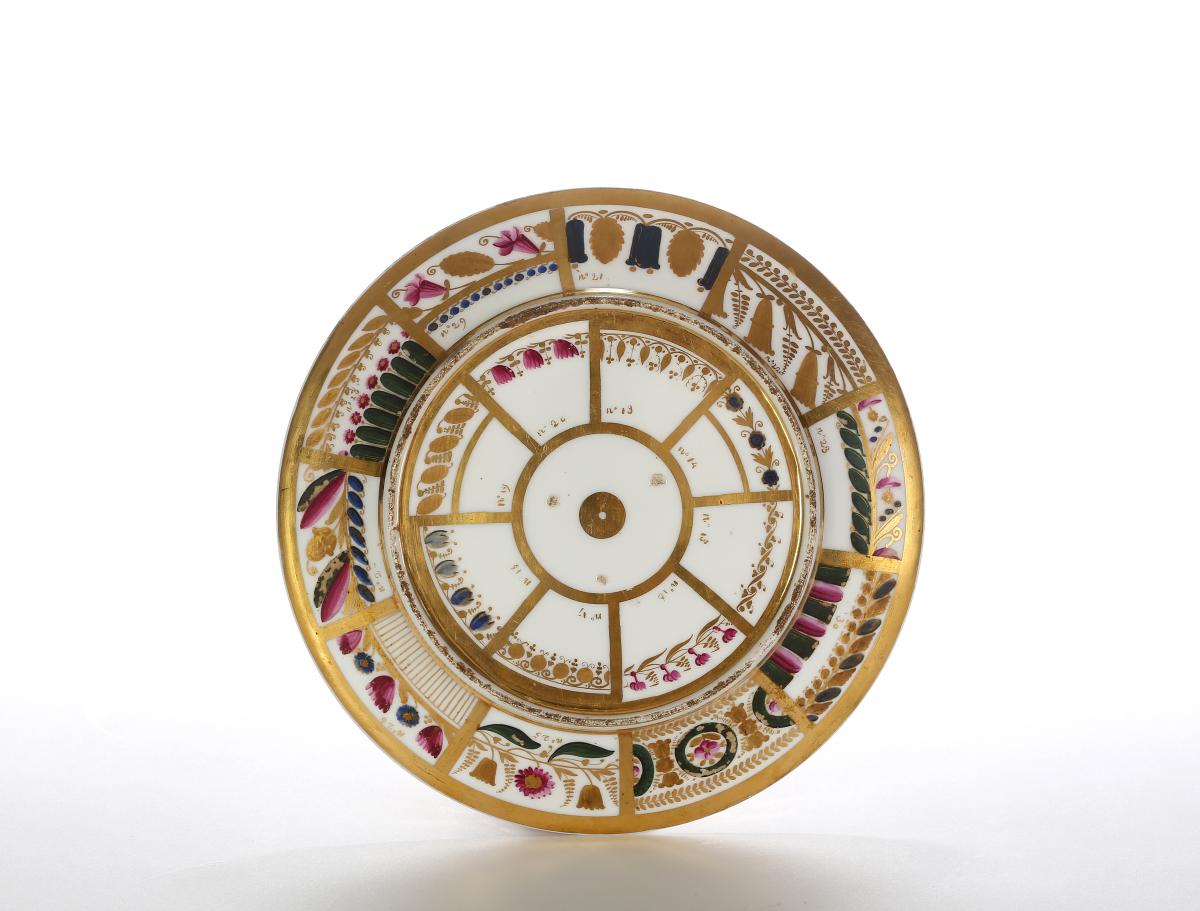 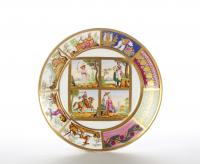 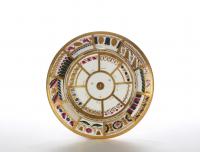 Without a mark it is almost impossible to differentiate between the porcelains of the different Paris porcelain factories since they all used a very similar hard-paste body and could decorate blanks produced elsewhere.

On this plate they had difficulty in firing one of the green enamels. On the front, the green of the dress of the girl in panel no. 2 has fired well whilst the enamels of the boy in panel no. 1 have flaked off completely.

This is perhaps the difference between greens derived from copper and those made from chrome that were introduced in the 19th century (although we have not tested the enamels). The dark greens on the reverse have also suffered perhaps due to slight over-firing.

Flaking and losses to over-fired green enamel.
Enquire via Email