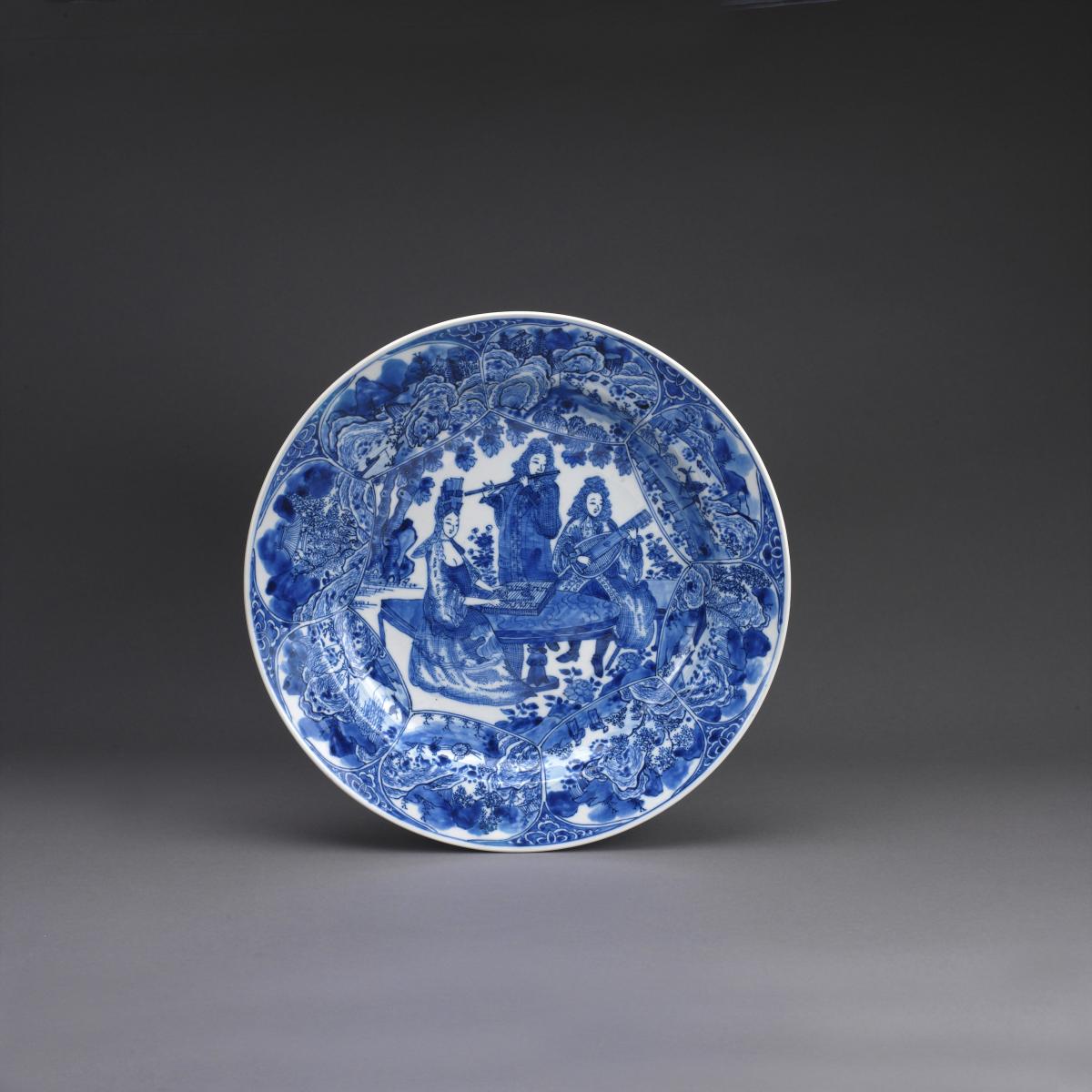 The scene decorating the present plate is derived from an engraving entitled ‘Symphonie du Tympanum, du Luth et de la Flute d’ Allemagne’, which is also known as the ‘Music Party’. Made by French artist Nicolas Bonnart (1646-1718), the engraving was based on a painting or drawing made by his brother Robert in around 1700.1

It was inscribed with verses comparing the inferior pleasures of Music to those of Love. This print is one of a number of French costume prints illustrating women with the elaborate hair styles which were fashionable in France at the time. Such coiffures were named coiffure a la Duchesse de Fontanges after the mistress of Louis XIV (1661-1715), who established its popularity.