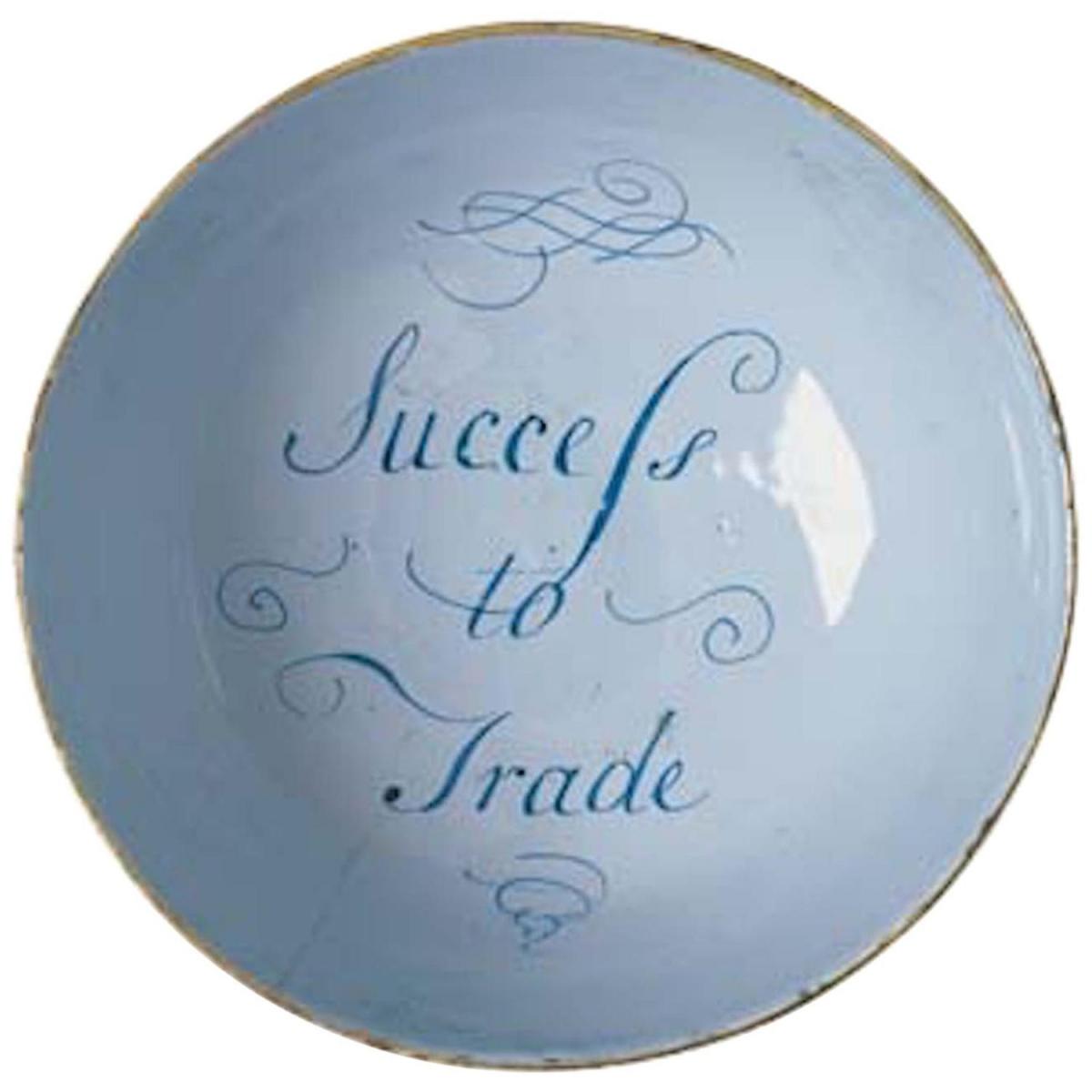 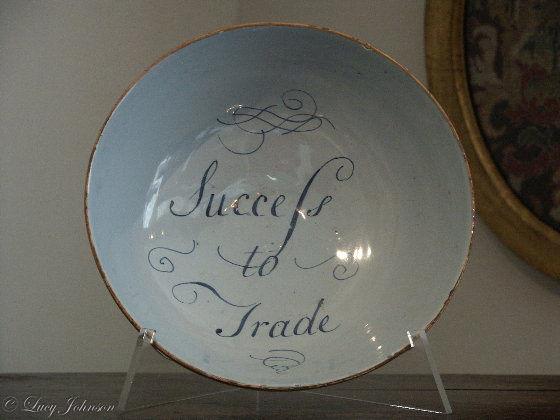 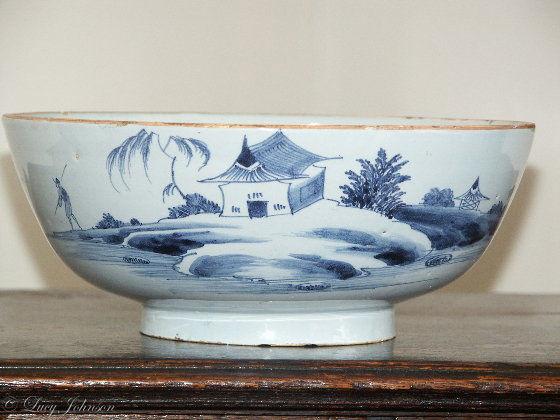 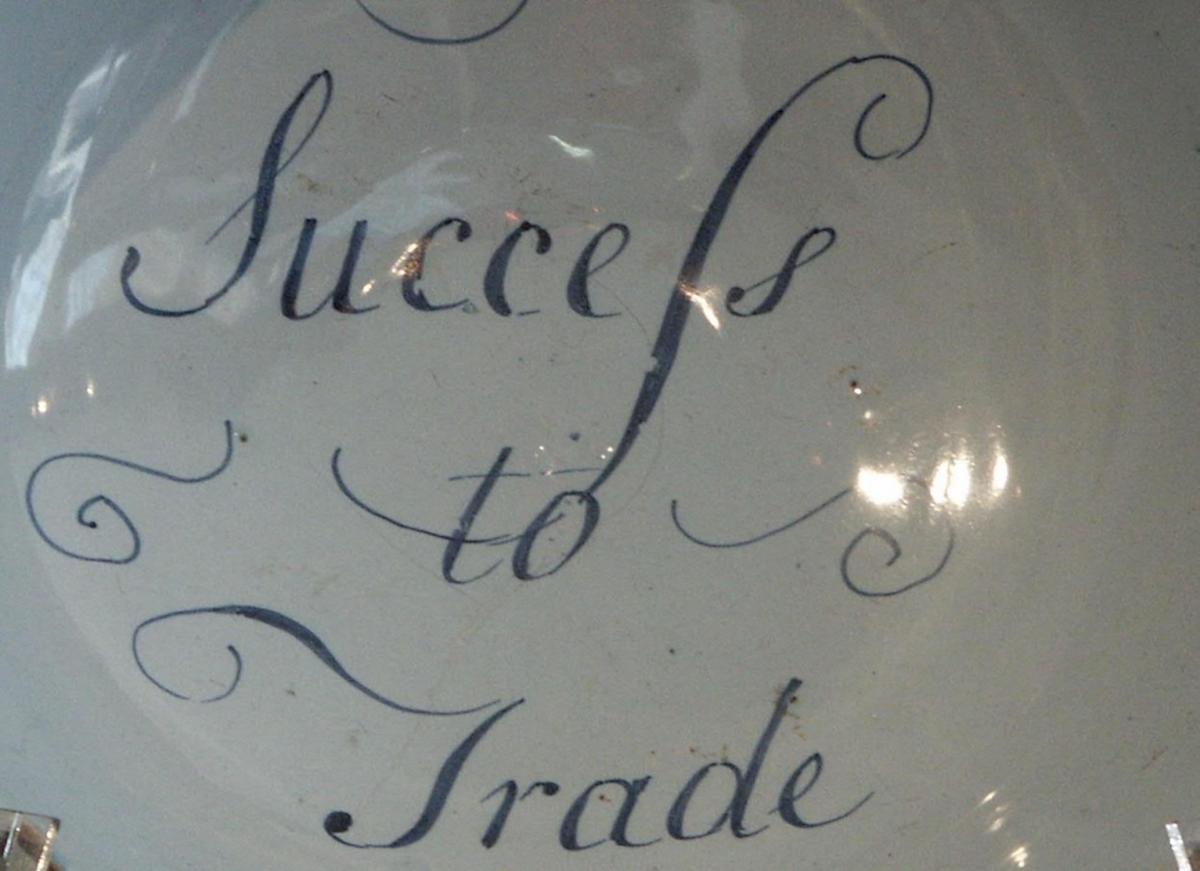 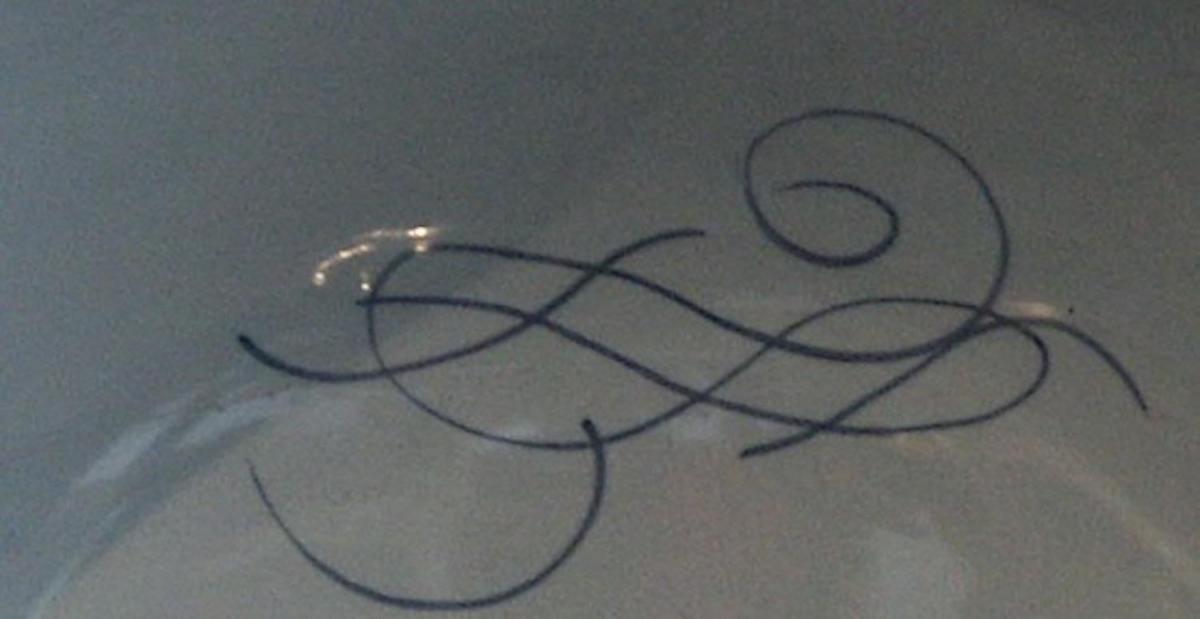 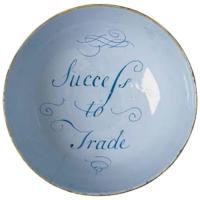 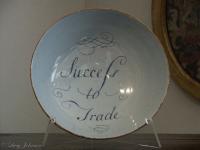 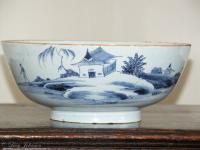 The inside center inscribed ‘Success to trade’. The exterior painted with a chinoiserie landscape scene. Decorated in blue on a blue tin glaze. Restored. Probably Liverpool, third quarter of the 18th century.

British Delft at Williamsburg (Austen) no. 64 bearing the same inscription. British Delftware (Archer) F50. On most bowls the inscriptions wishing 'Success' refer to ships such as 'Success to the Endeavour'.

This inscription probably commemorates service in supporting 'Trade and Navigation' by engaging in active and highly successful cruising in the Channel capturing large privateers of equal or superior force.

These achievements were particularly welcome as the English suffered a series of setbacks at the start of the Seven Years War (1756-63), the loss of Calcutta, Fort Oswego in Canada and, of more immediate concern to the British public, Menorca to the French.

The active presence of French privateers in the Channel was a serious threat to 'Trade and Navigation' and successes such as those of Admiral Ross ensured popularity and were commemorated on bowls made during this time. 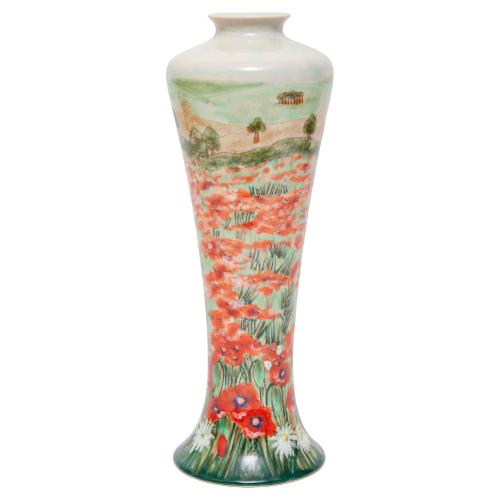 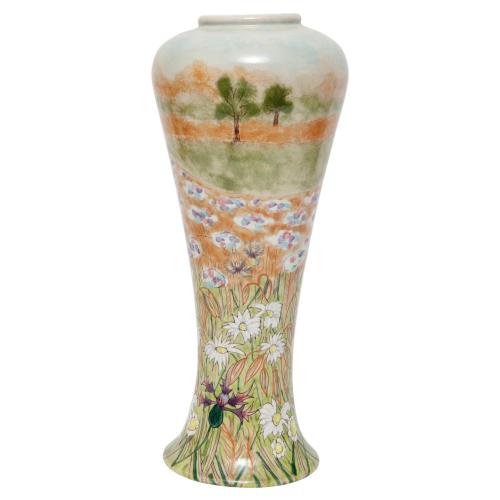 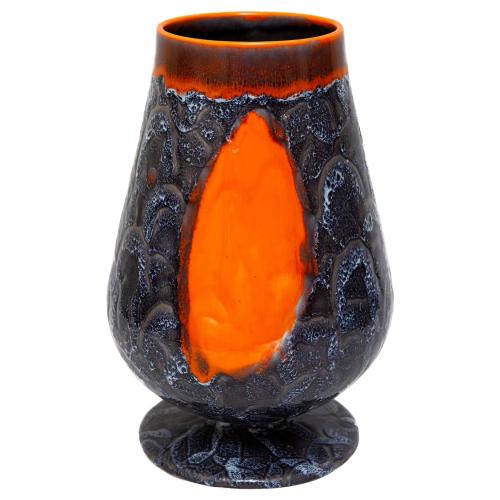