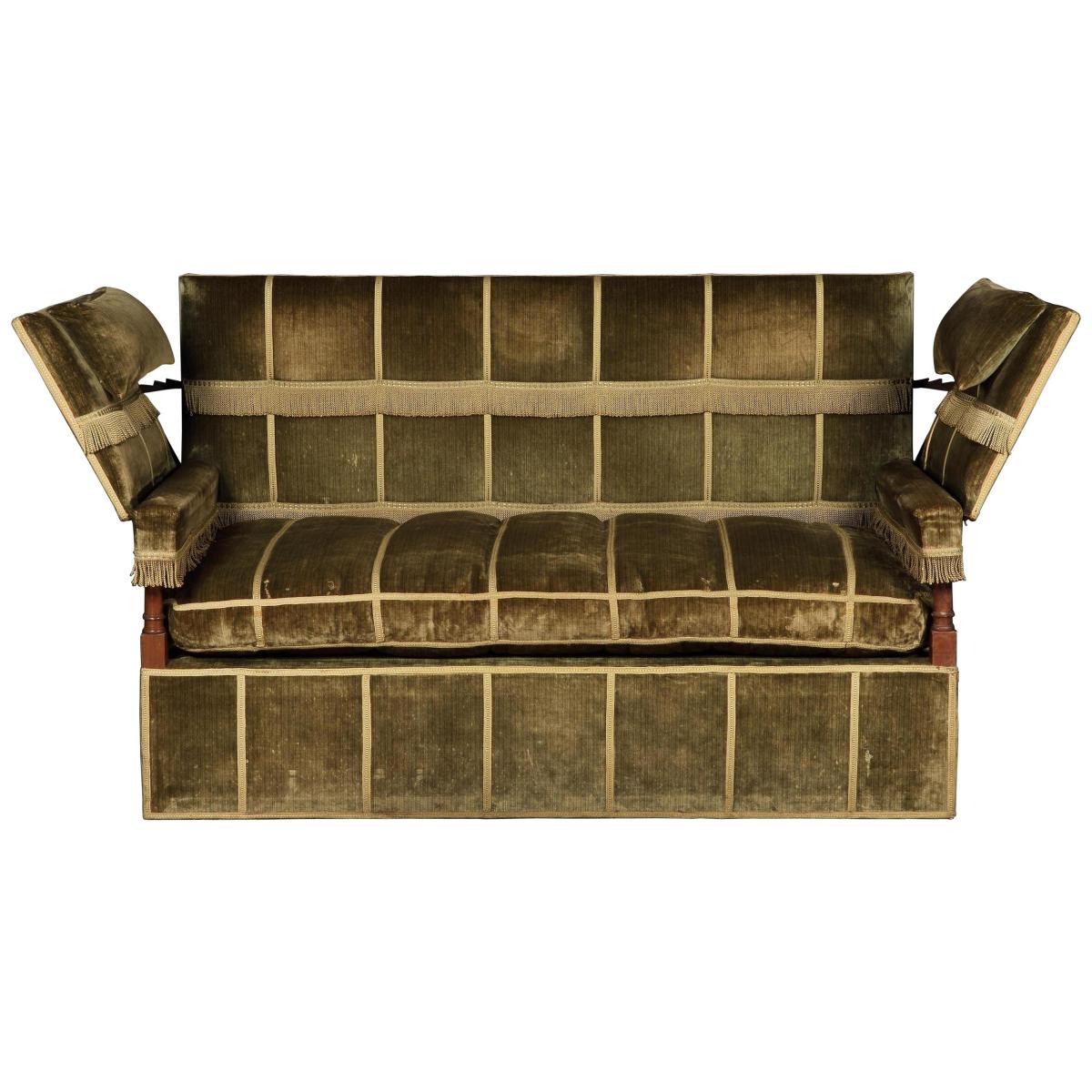 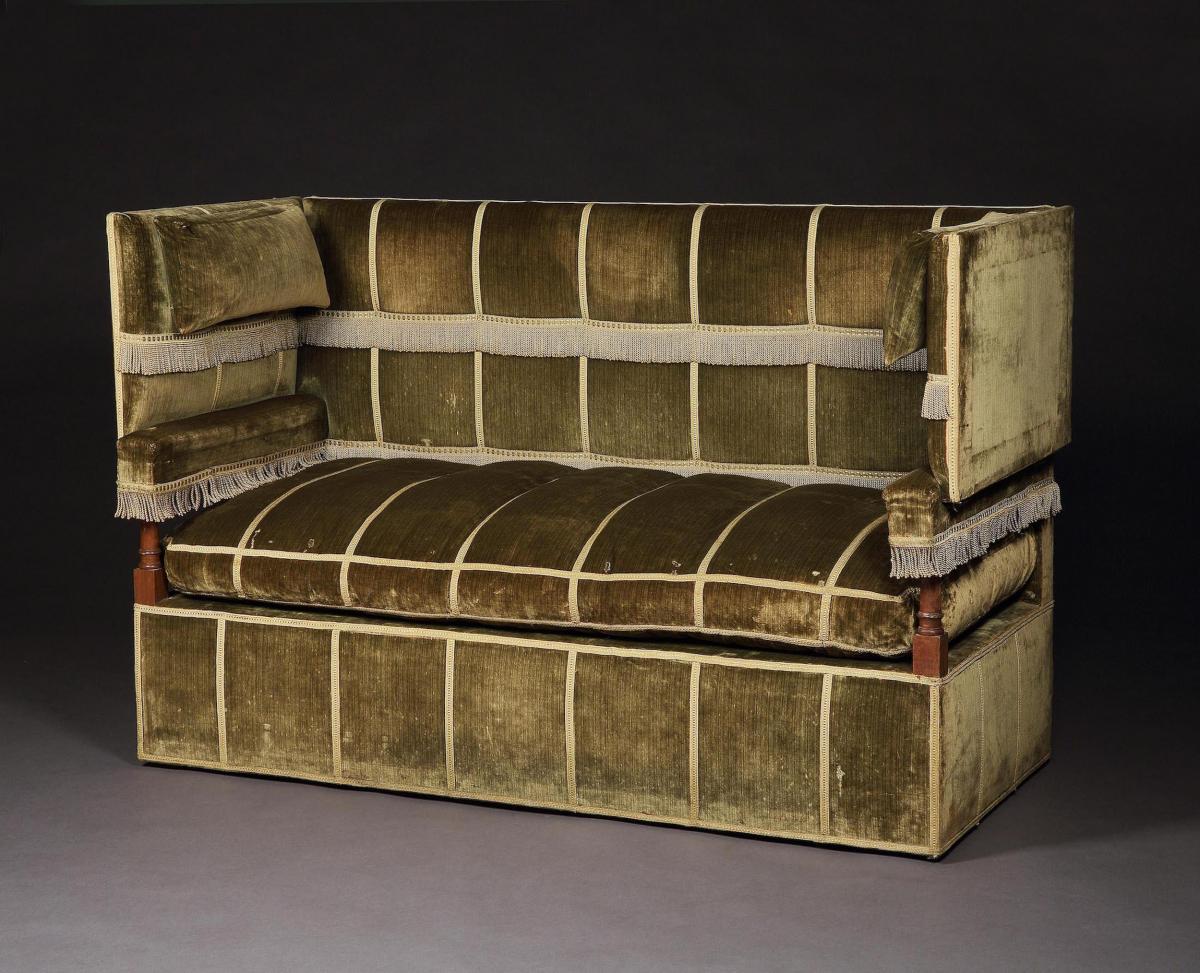 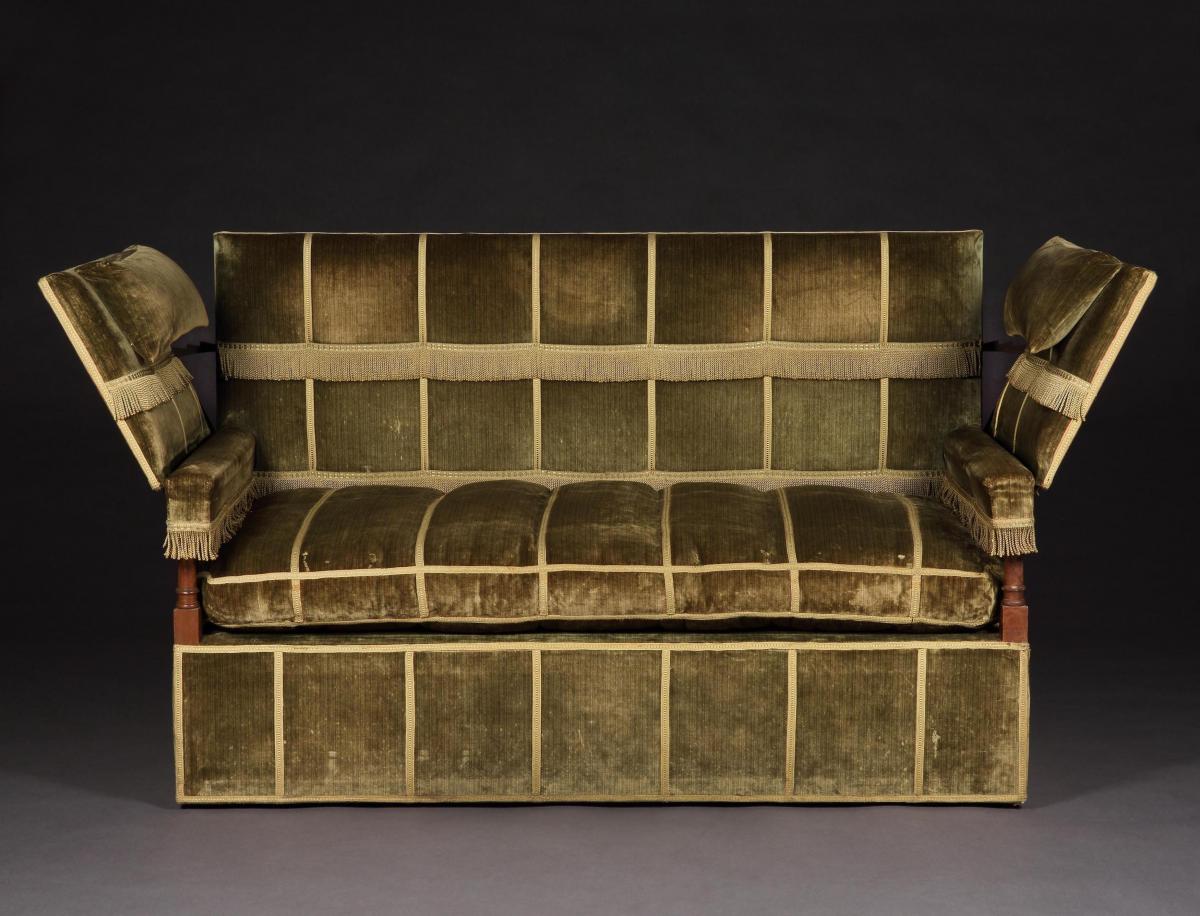 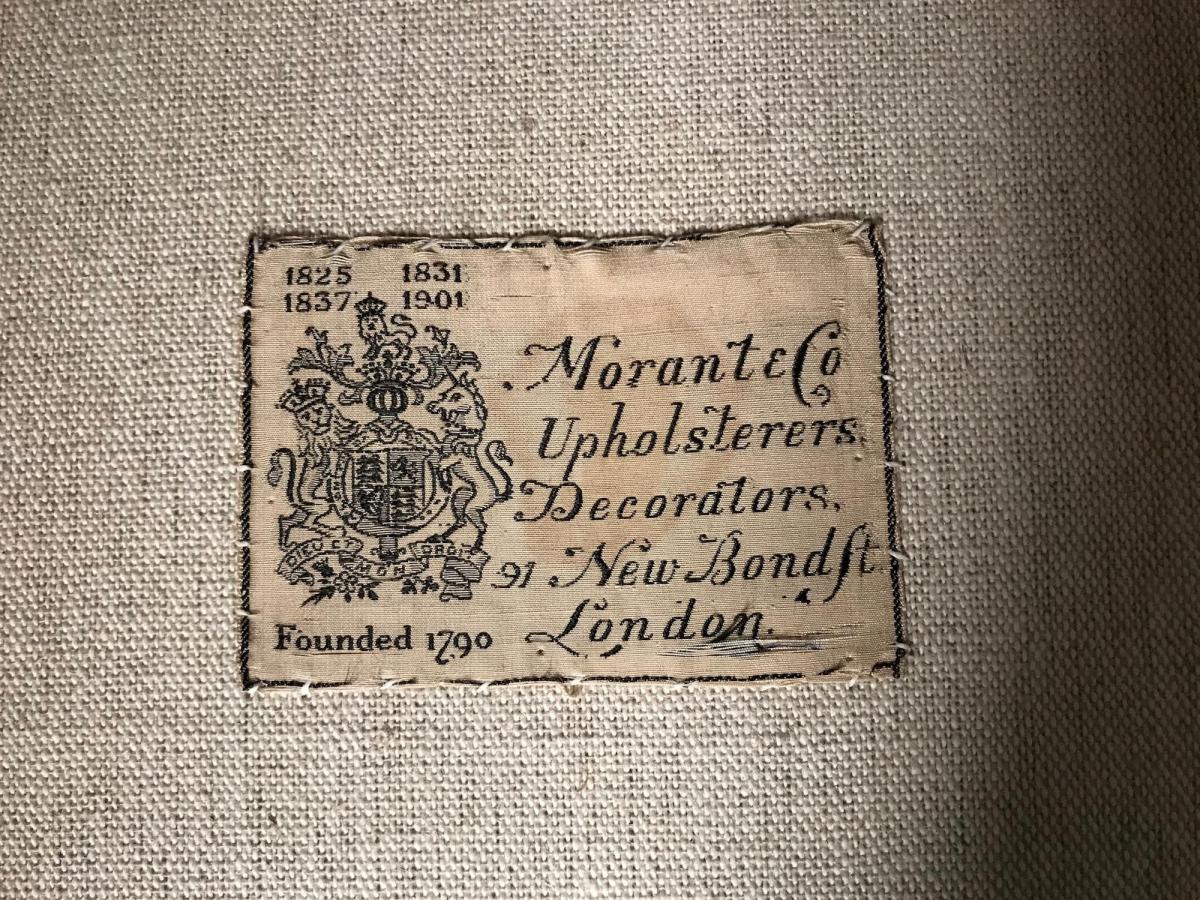 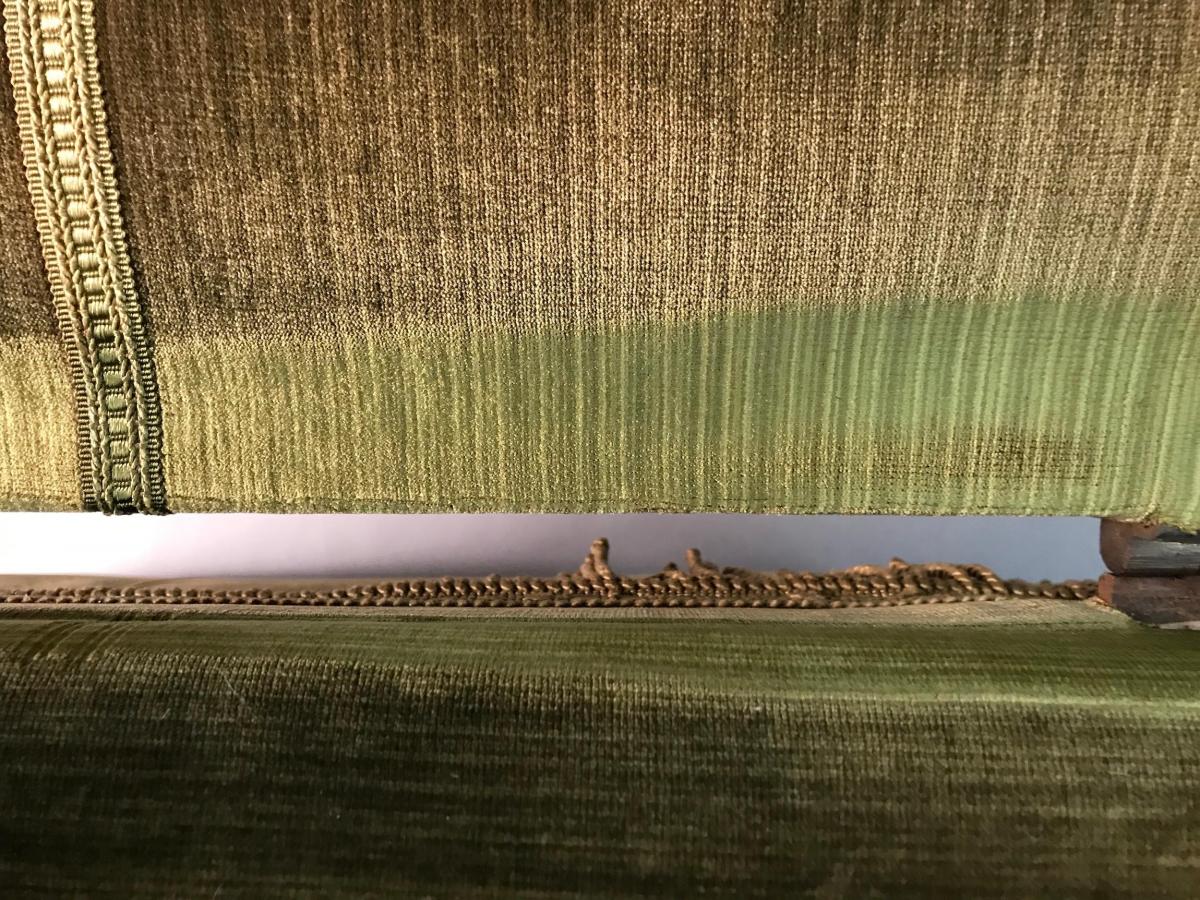 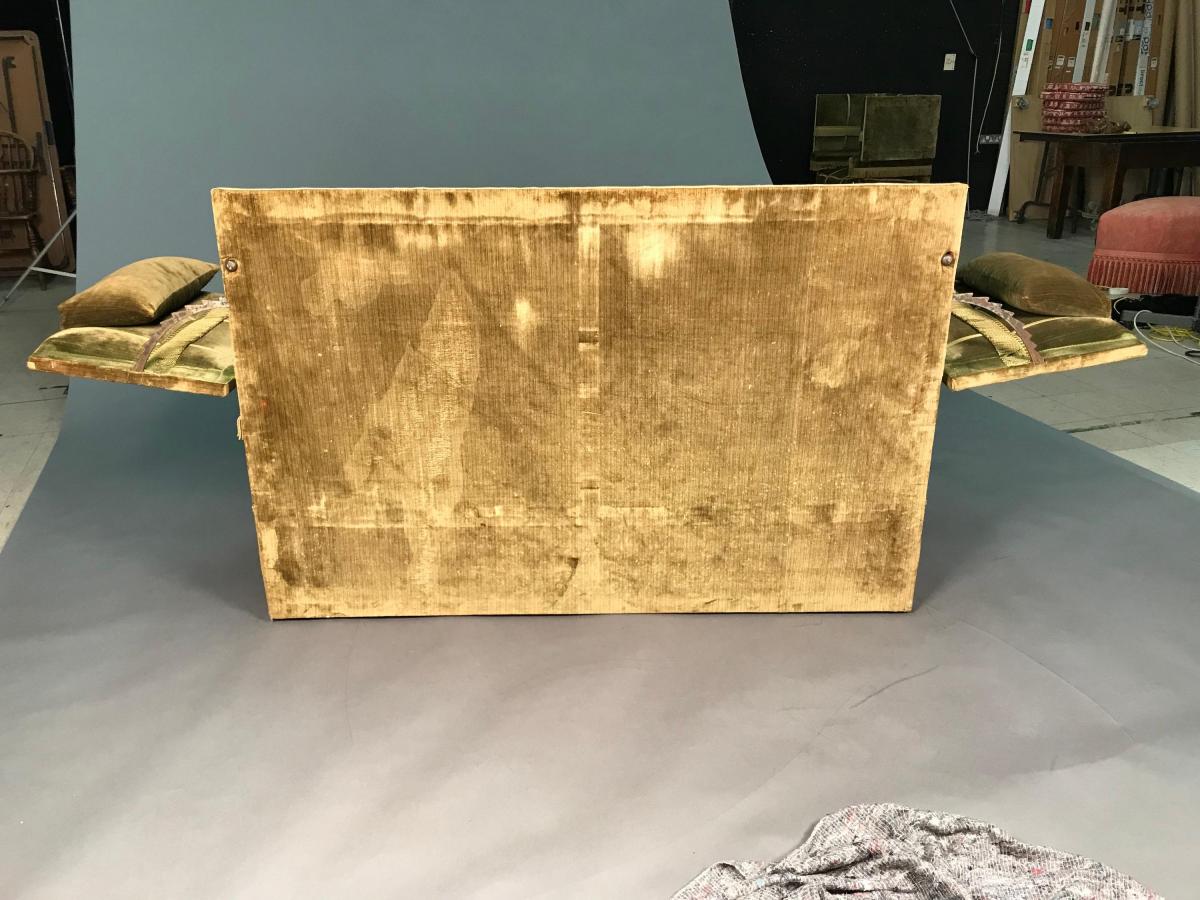 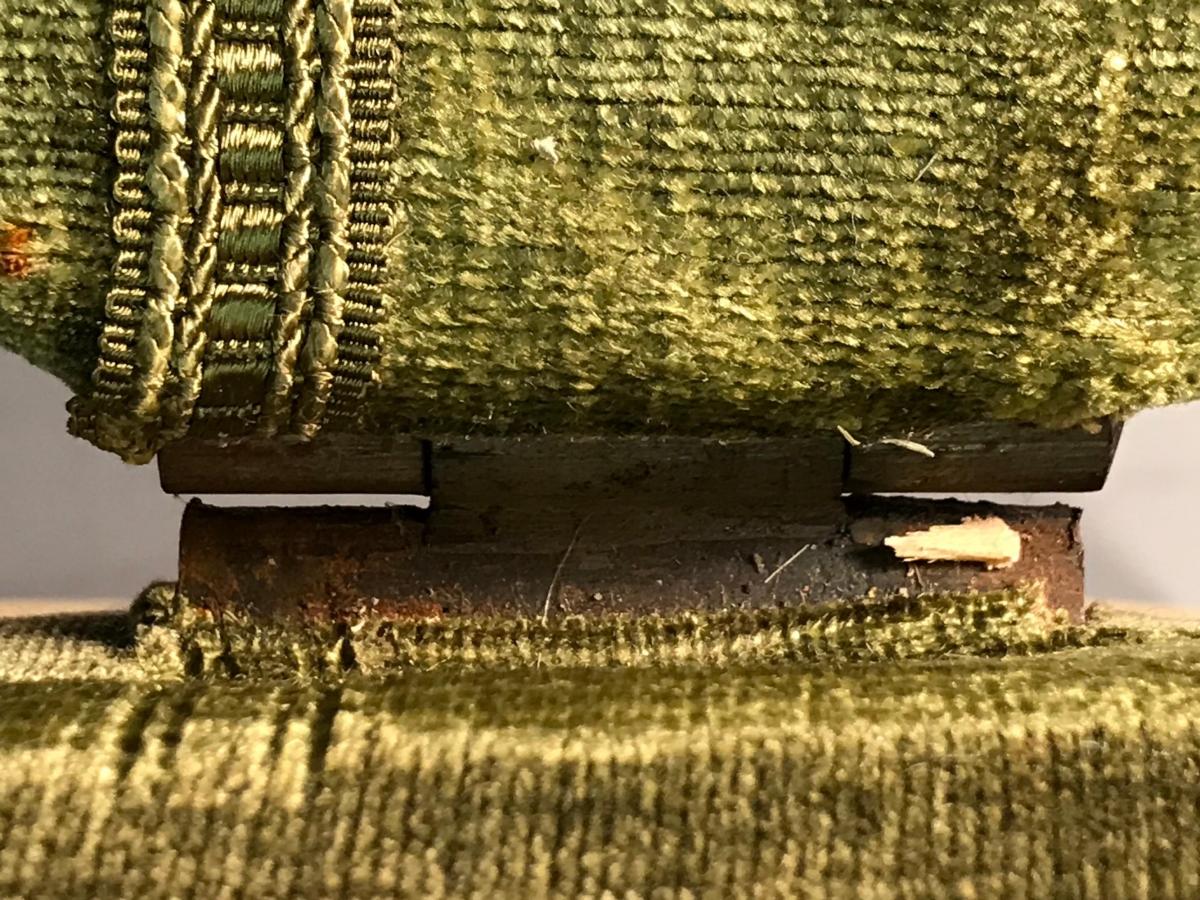 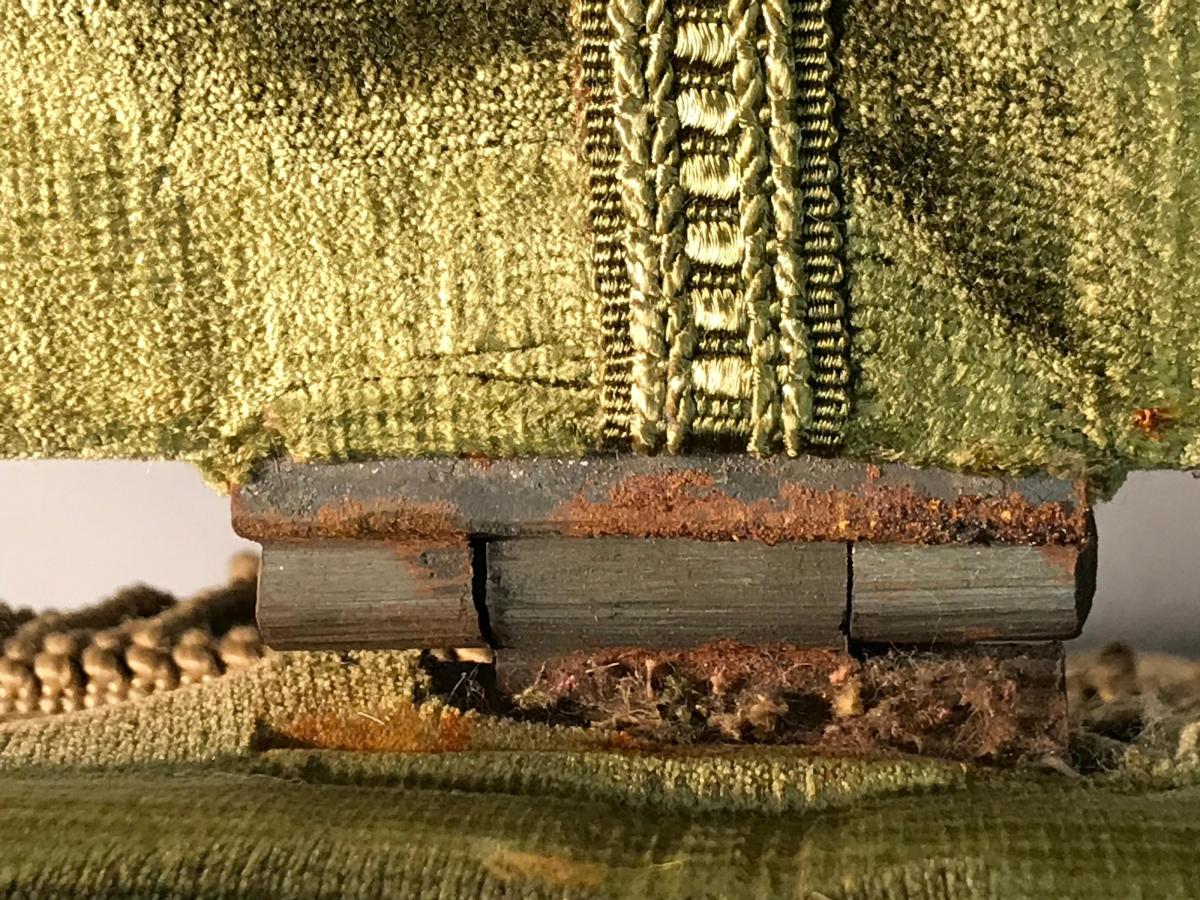 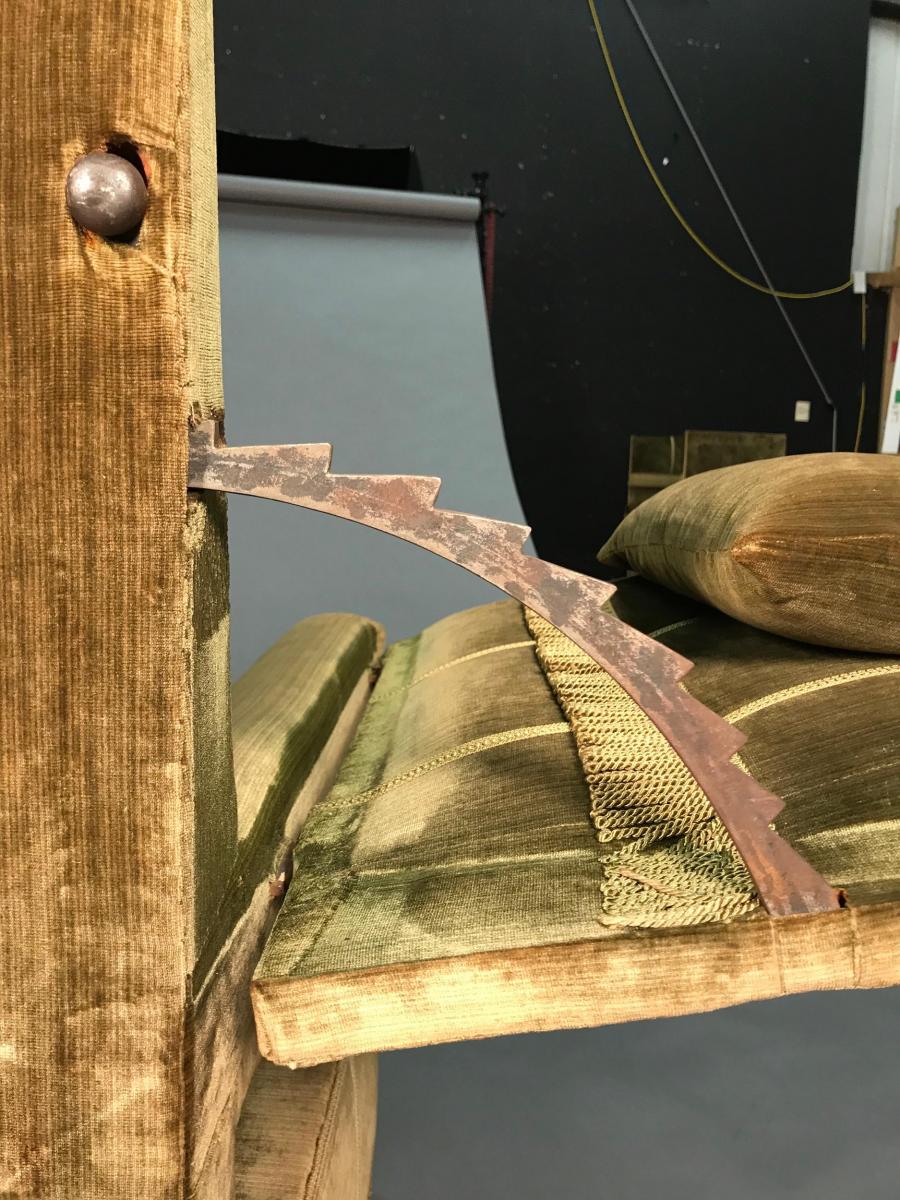 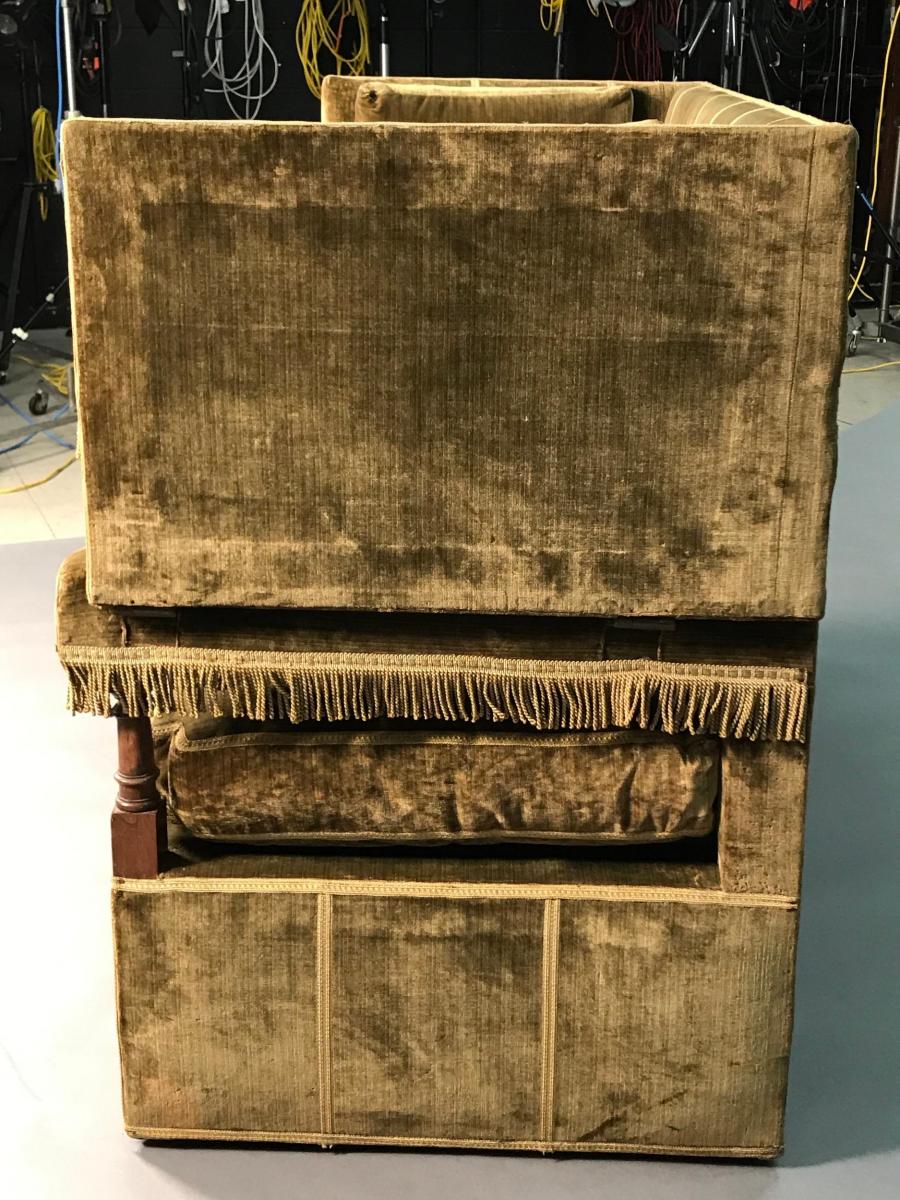 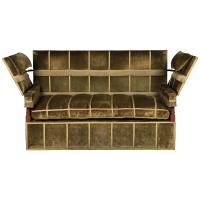 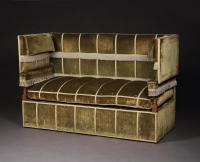 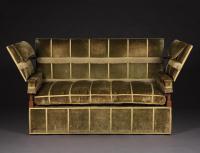 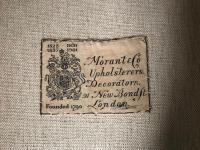 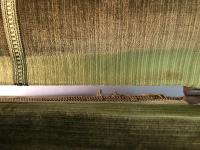 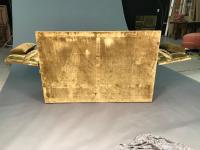 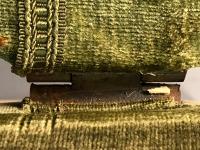 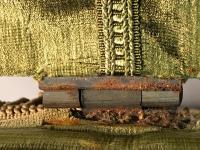 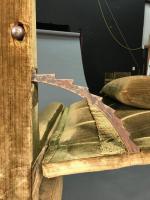 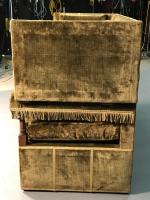 This is an early 20th century interpretation of the infamous, sumptuously, upholstered, 17th century, couch with hinged arm rests, found at Knole Park, Sevenoaks, Kent, the ancestral seat of the Sackvilles made by the most eminent upholsterer of the early 20th century. The original couch served the Dual purpose of bed and settee, and is one of the earliest examples of English, upholstered, seat furniture. This is a particularly fine example, with a Morant & Co provenance.

The inside and outside back, wings, seat and cushion are upholstered in green strie velvet and trimmed in the traditional manner with matching braid and fringe. The strie velvet could be original, if this settee has been lightly used, as there is significant fading from the original bright green. The adjustable padded wings are joined to the arms with original ratched iron hinges which are attached to the back. The arms are supported by oak turned uprights. The seat has a large loose cushion. Standing on original castors. English, circa 1900.

During the late 16th-early 17th century a new form of daybed was introduced to match the contemporary upholstered ‘X’ chairs and stools. They were padded and upholstered throughout and the ends were let down on a toothed steel ratchet to enable the occupant to repose at full length.

They were generally destroyed when the coverings had worn out as the woodwork was of little value. Similar couches were plentiful in France under Louis XIII and can be seen in Abraham Bosse’s engravings of domestic interiors but they were only found at court and the houses of great noblemen in this country. When the contents of the Royal Palaces were dispersed after Charles I’s execution a number of couches were included in the sale.

The dictionary of English furniture makers 1660-1840, published by the Furniture History Society informs that Morant Snr. was a maker of carved and gilded frames from early in the reign of George IVth, and his trade card describes the company as ‘Ornamental Painter and Paper Hanging Manufacturer to their Royal Highnesses’. Work was executed for Sir Thomas Lawrence, Sir Robert Peel, the Dukes of Sussex, Cambridge and Sutherland, inter alia. The company exhibited in the Great Exhibition of 1851, The New York International Exhibition of 1853, and The London International Exhibition of 1862.

‘Masterpieces of Industrial Art & Sculpture, edited by J.B.Waring, published in 1862 illustrate a wonderful sideboard made for Lord Ellesmere, that was shown at this exhibition. A Royal Warrant was granted in 1840, by Queen Victoria. Throughout the 19th century, they were recognised as one of England’s most eminent cabinet makers. Morant later joined forces with an interior designer or decorator called Lenygon forming Lenygon & Morant who in the 1930s took over the famous sofa and chair maker Howard & Sons.