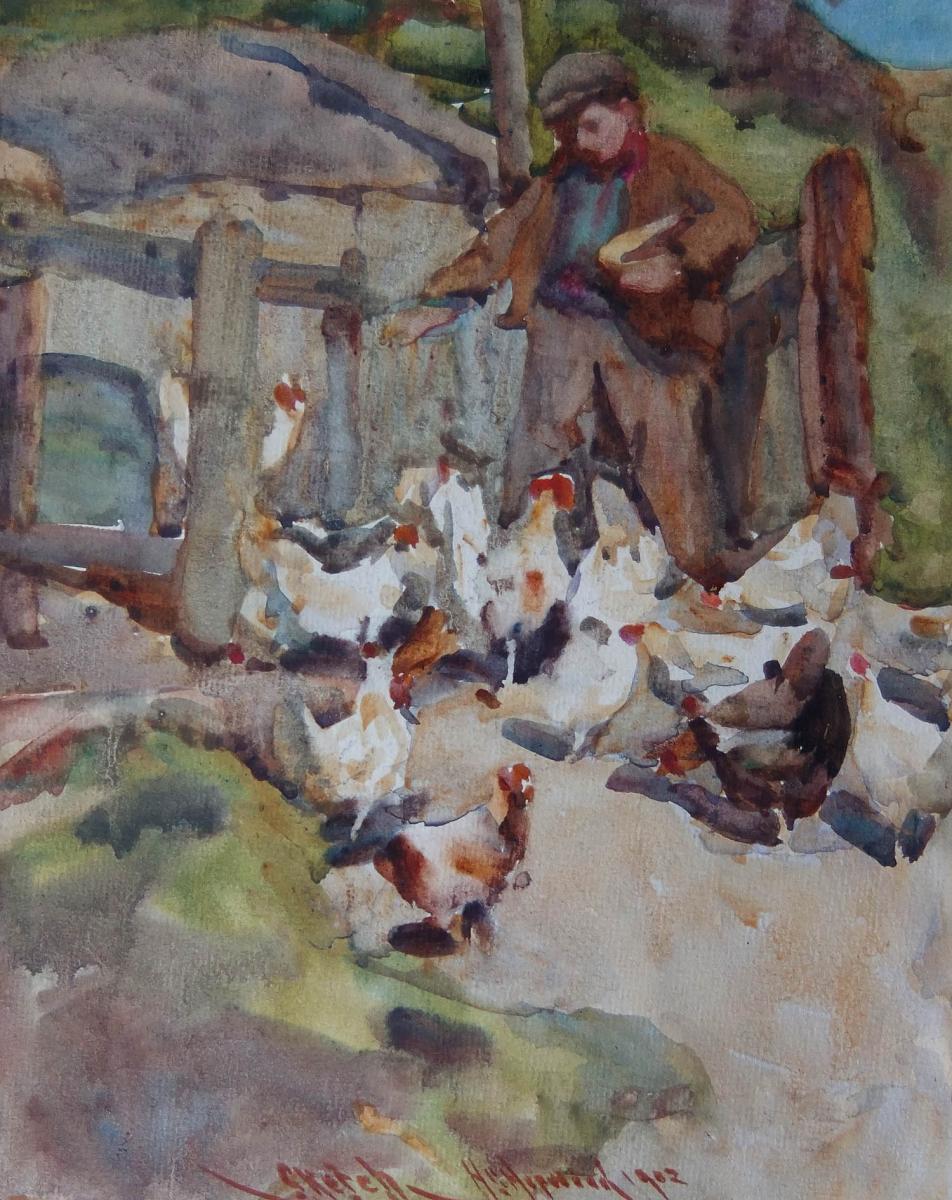 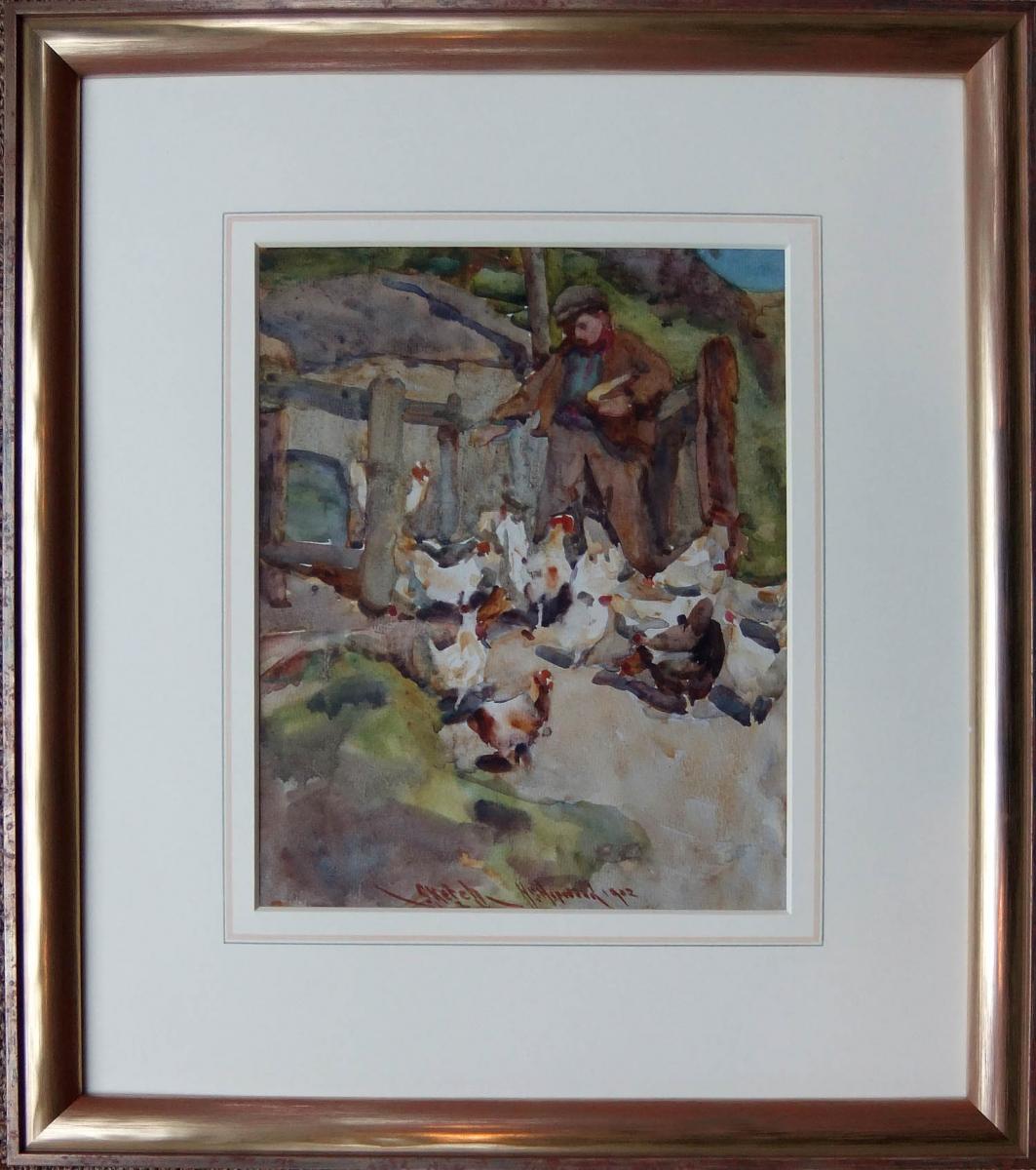 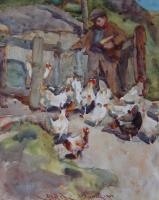 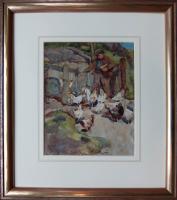 Henry Silkstone Hopwood was born on 12th January 1860 in Leicester but moved to Manchester as a child. He studied art at Manchester School of Art and between the years 1888 – 1890 he visited Australia. On his return to Europe he studied at the Academie Julian in Paris (1890/91) and also at the Antwerp Academy.

In his earlier career he worked in oil, but his watercolours display great talent and are infused with colour, vitality and light. Hopwood was a founding member of the Staithes Art Club in 1901 and was elected Chairman. He exhibited at the RA from 1892 and was elected ARWS in 1896 and RWS in 1908.

He also exhibited at the Royal Society of Artists Birmingham, the Fine Art Society, the Glasgow Institute of the Fine Arts, the Walker Gallery Liverpool, Leicester Gallery, Manchester City Art Gallery and the Yorkshire Union of Artists of which he was a Vice President.

The present painting is a lovely watercolour measuring 11" x 8". It is signed and dated 1902 and is mounted and framed giving an overall size of 18"x 15". 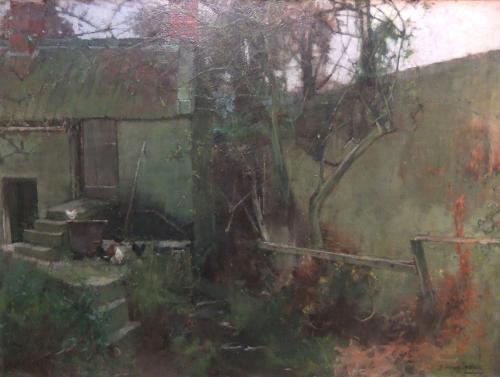 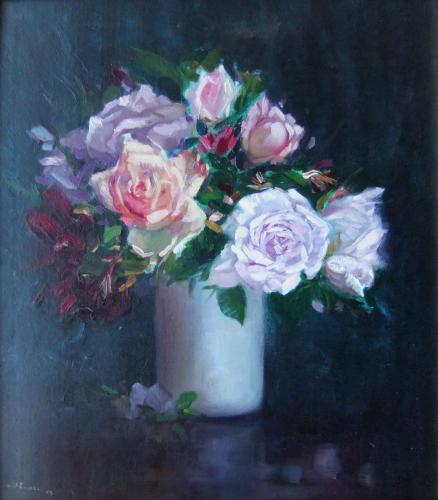 Augustus William Ennes "Roses" Oil on board
McTague of Harrogate 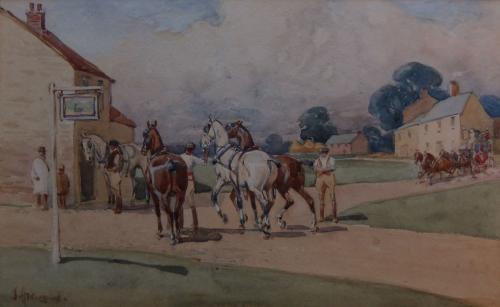