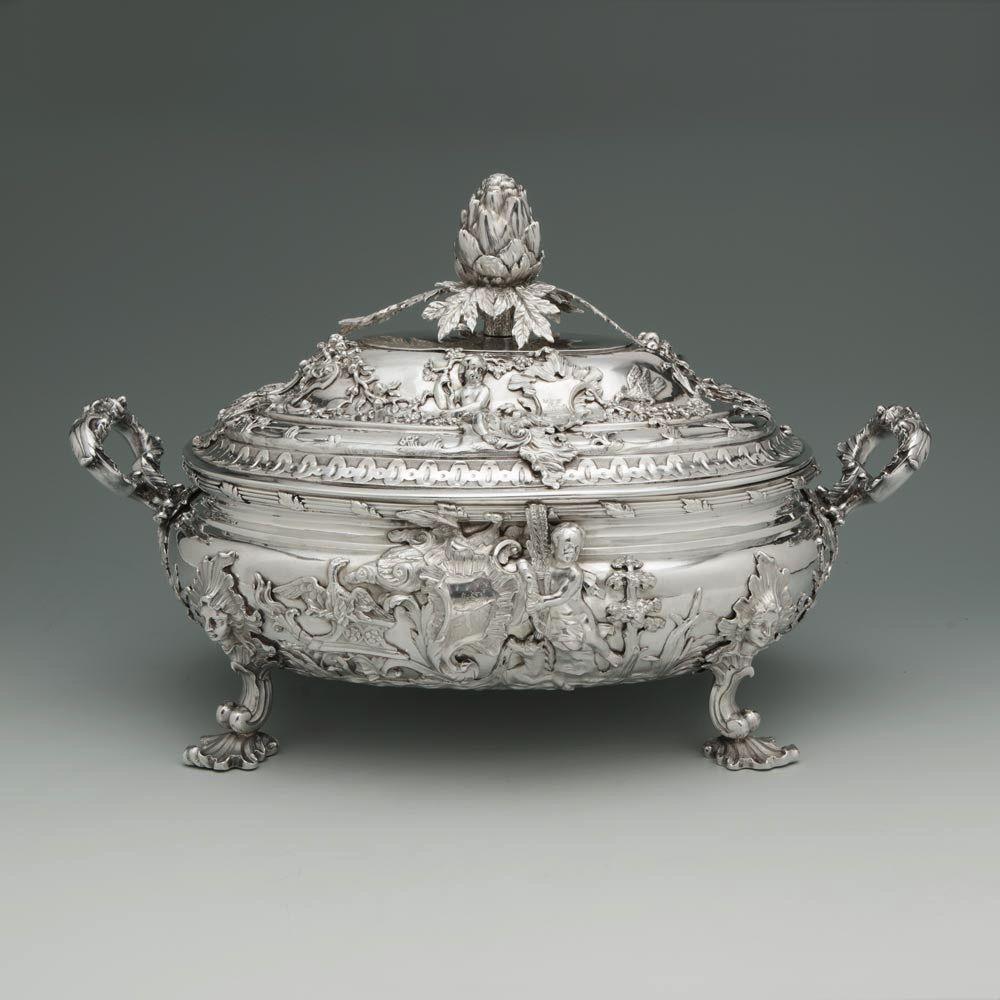 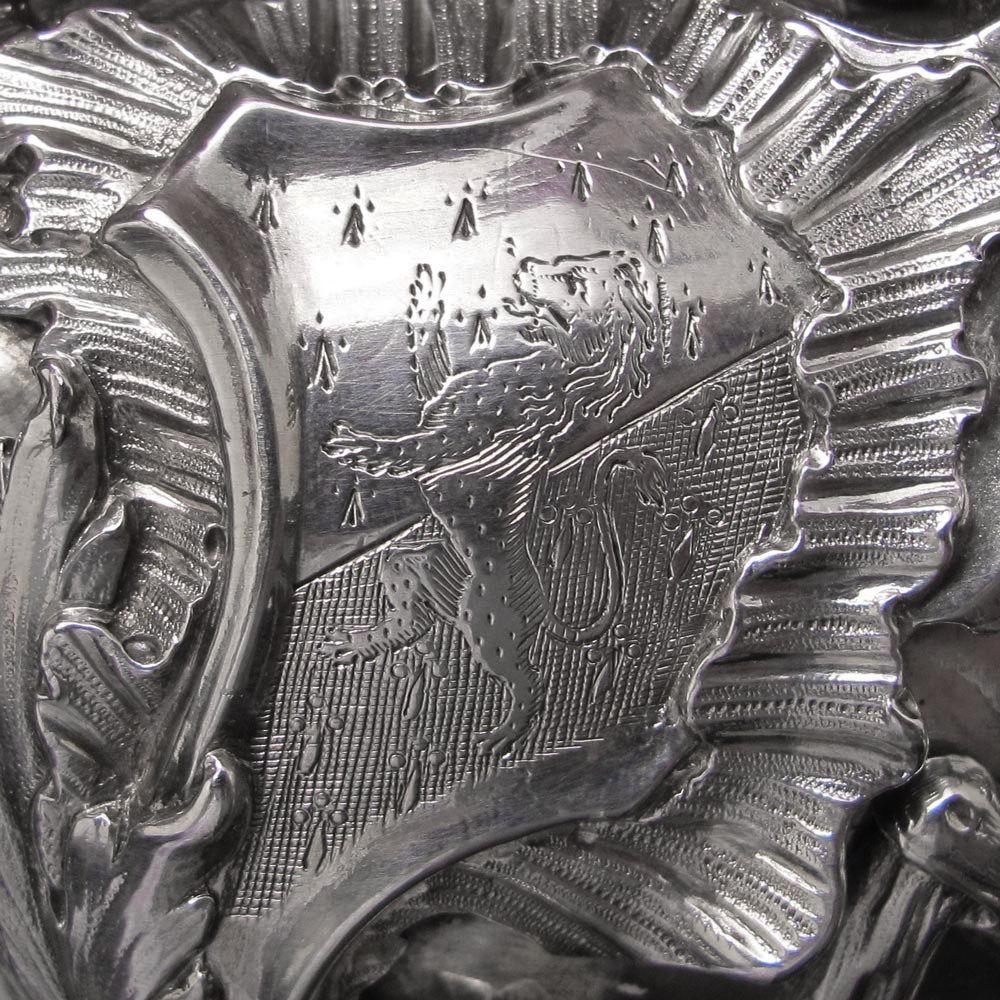 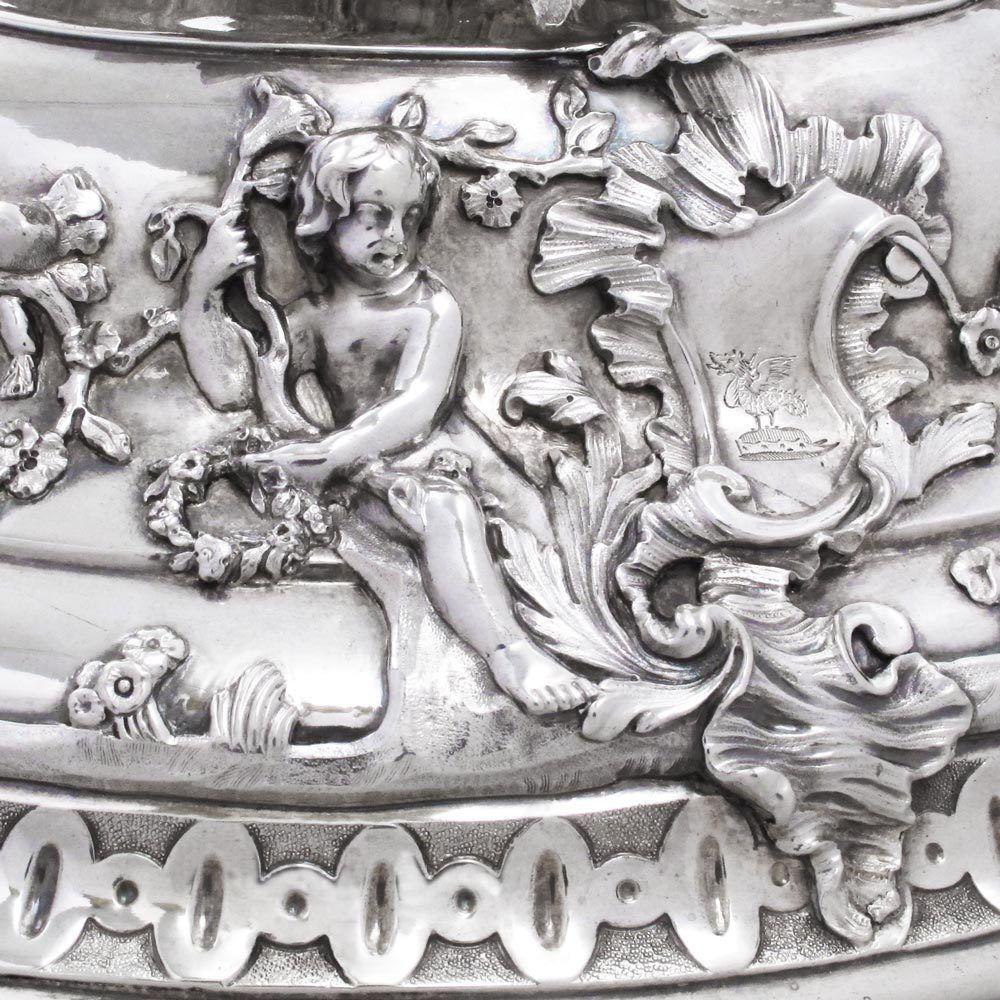 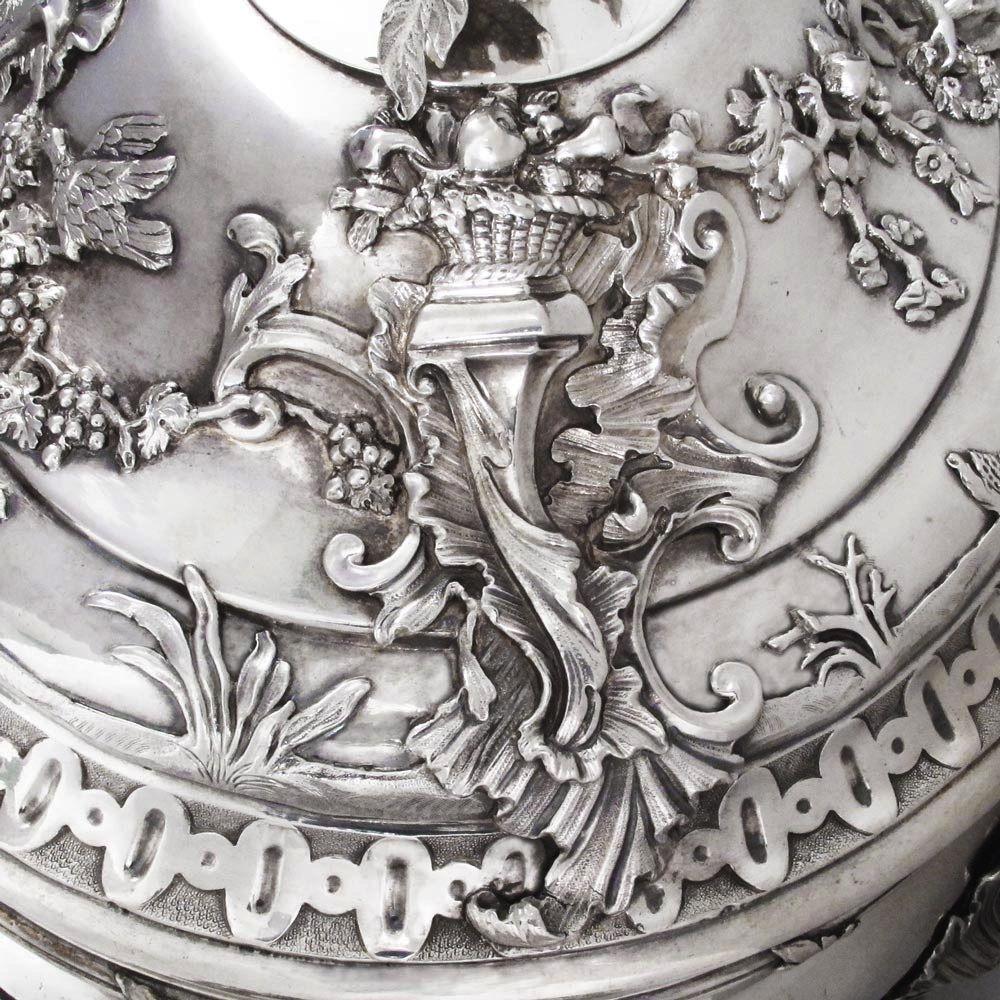 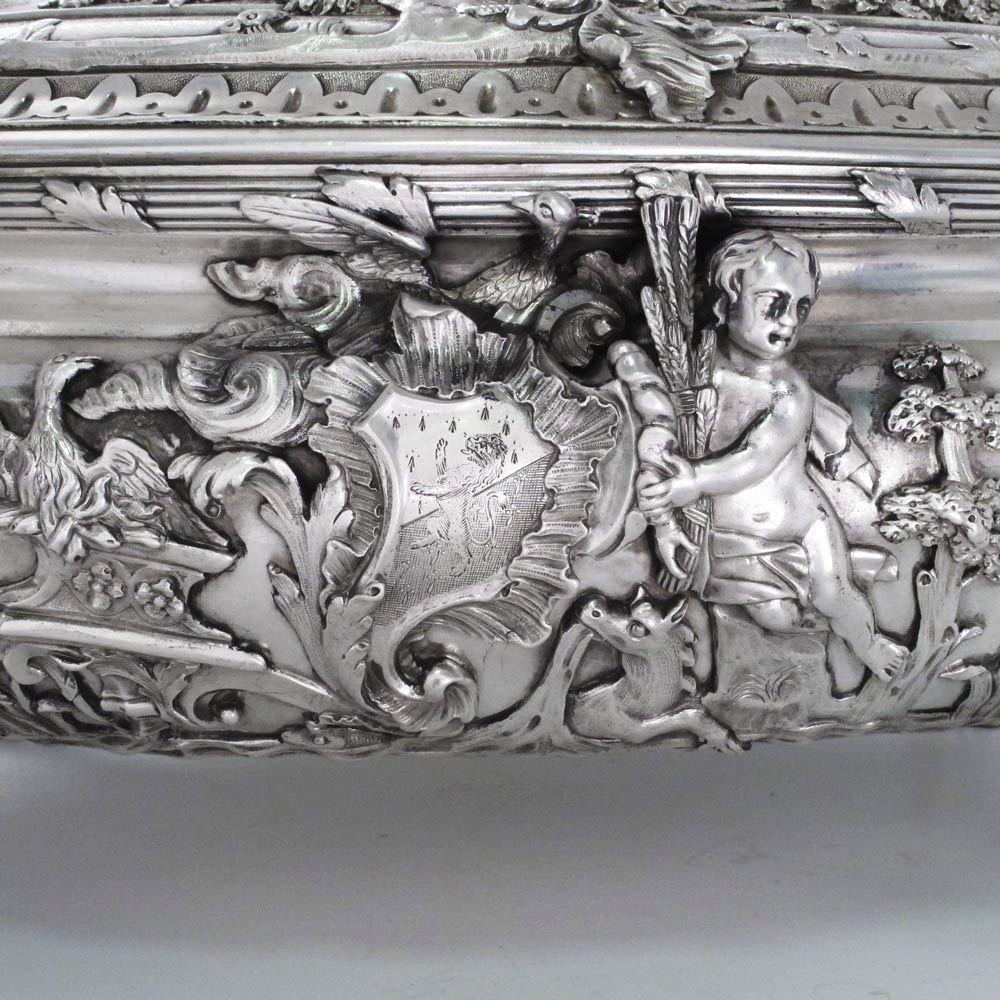 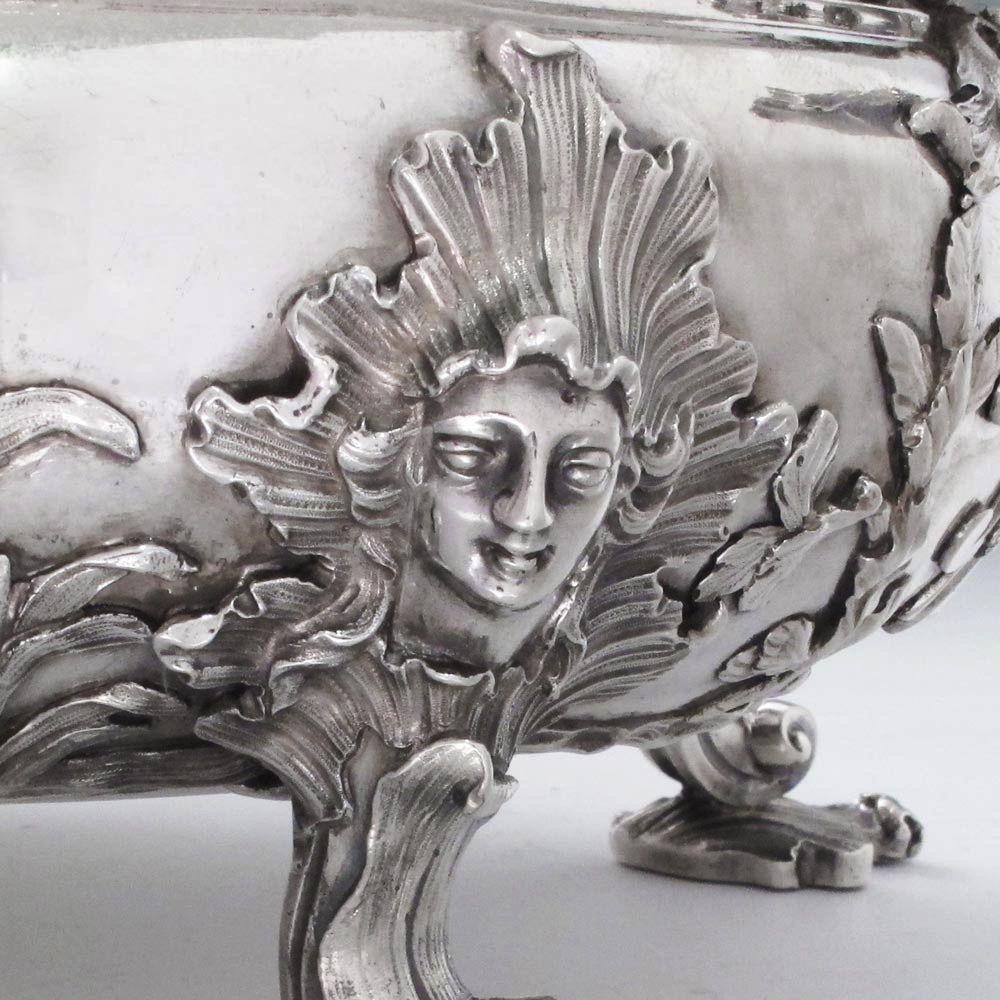 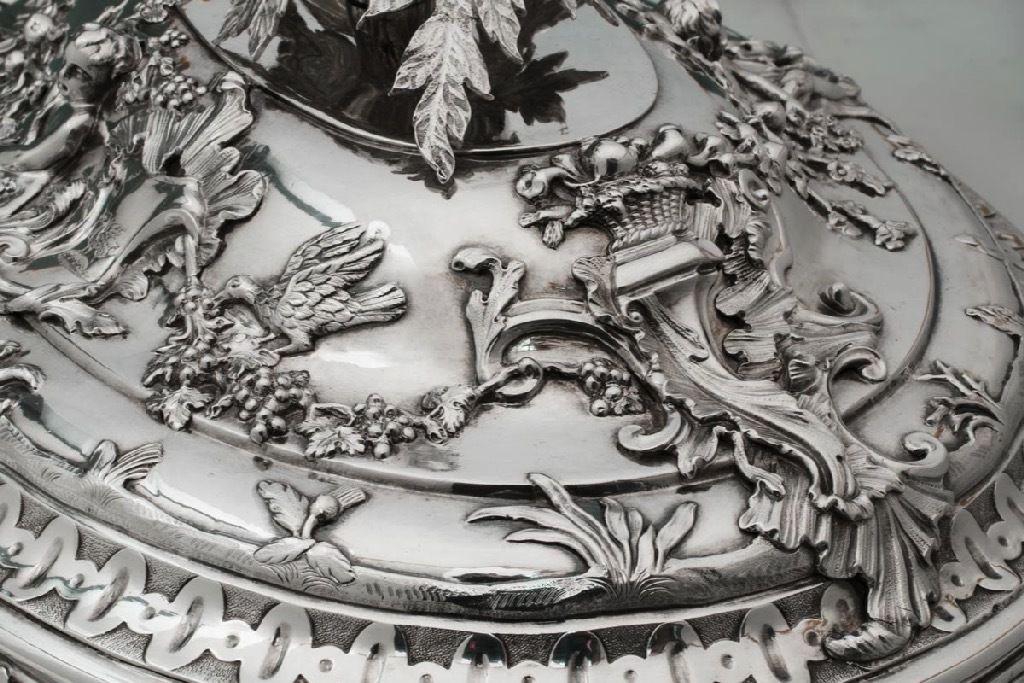 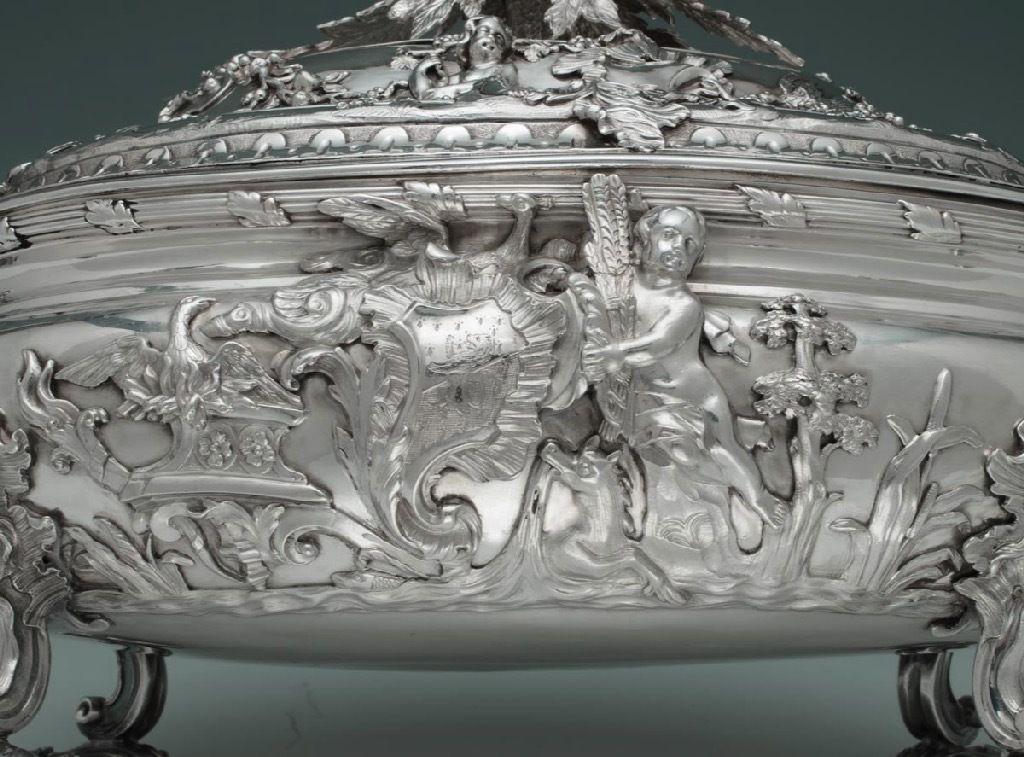 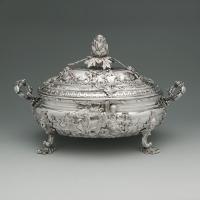 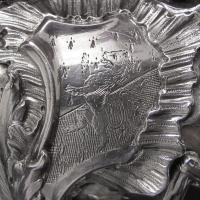 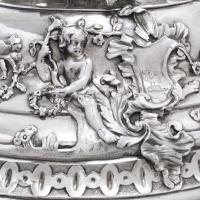 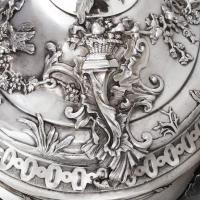 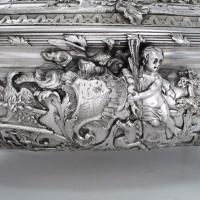 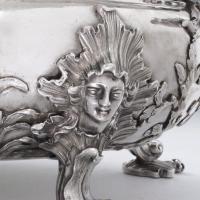 A remarkable soup tureen by Christian Hillan, one of the more enigmatic and idiosyncratic silversmiths working in London in the reign of George II. Grimwade assumes he was an immigrant, and there was quite a bit of uncertainty about the spelling of his name (Hillan, Hyland, Hyllan). As much as one can say this about Georgian silversmiths: he had his own style, covering the surface of his pieces with a particular type of very precise, very crisp, cast or chased ornament.

The arms are those of Thomas Trevor, 2nd Baron Trevor of Bromham (1692-1753). He was a wealthy gentleman who moved in the highest circles - his daughter Elizabeth married Charles, the 2nd Duke of Marlborough. Sir Thomas's fortune had come from politics. His grandfather, Sir John Trevor, was the Speaker of the House of Commons from 1685-1687 and again from 1689-1695 when he was expelled for accepting a bribe of £1050 (approximately £1.6 million today) to help the City of London pass an orphans bill. He left a staggering fortune of £60,000. Sir Thomas's father, 1st Baron Trevor of Bromham (1657-1730), was Attorney-General and later Lord Privy Seal; he was knighted in 1692 and raised to a Baron in 1712. 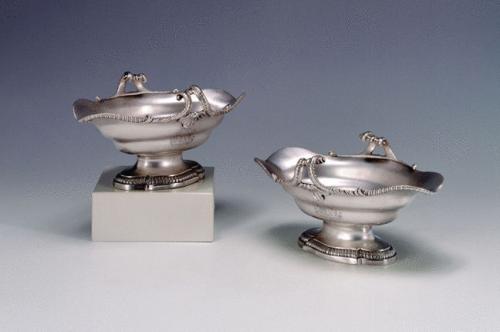 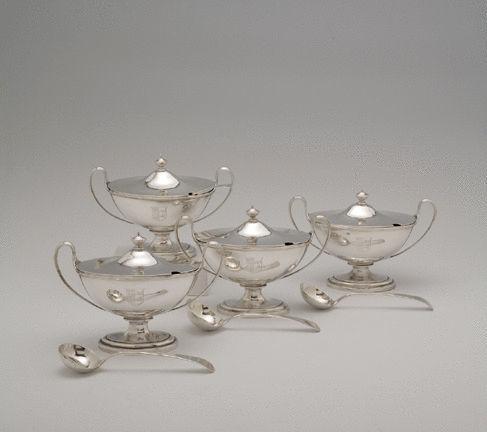 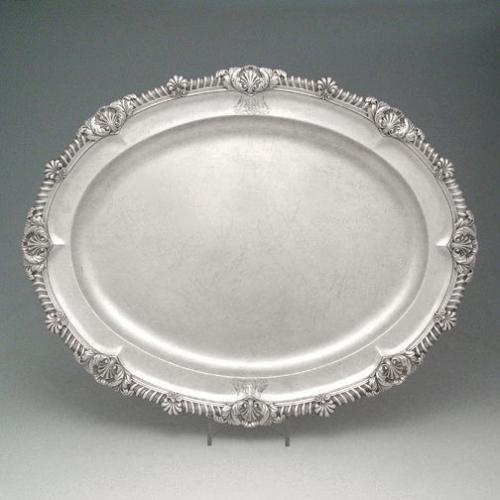