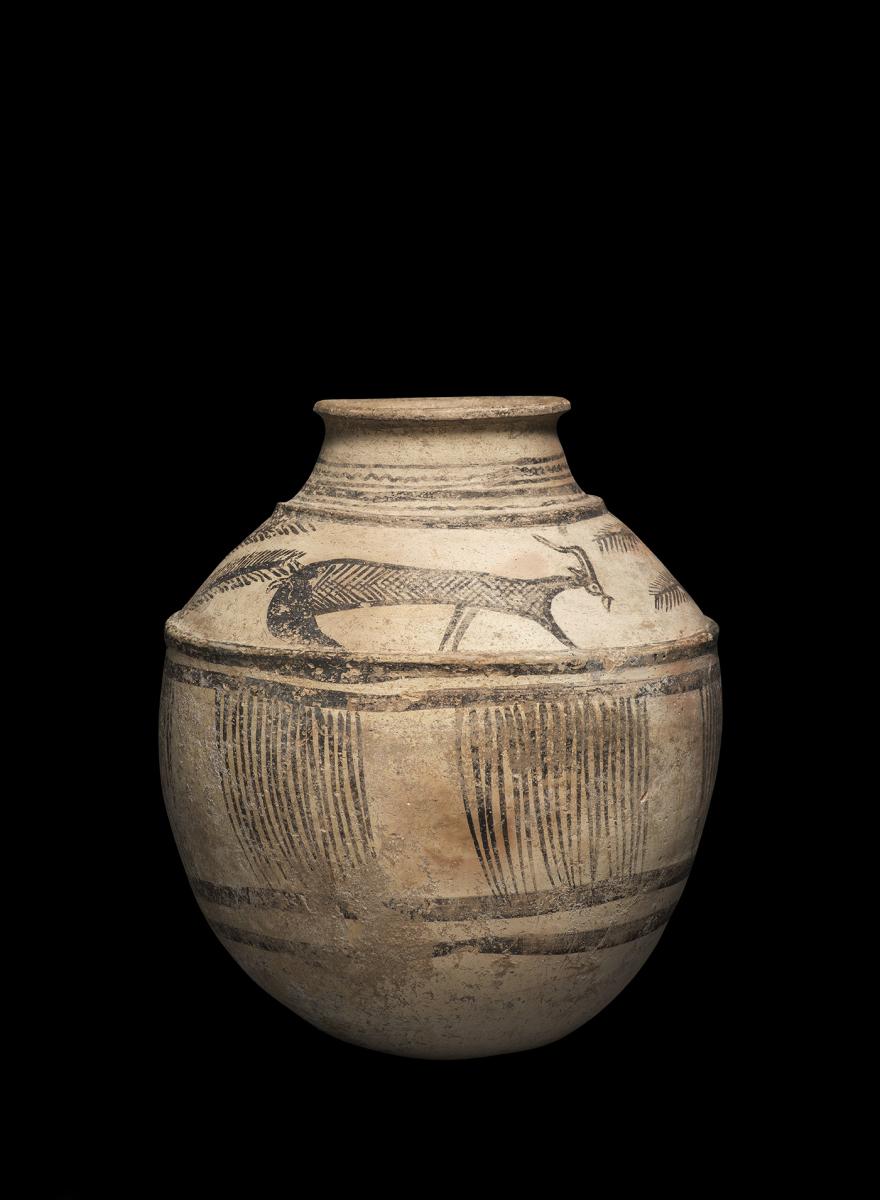 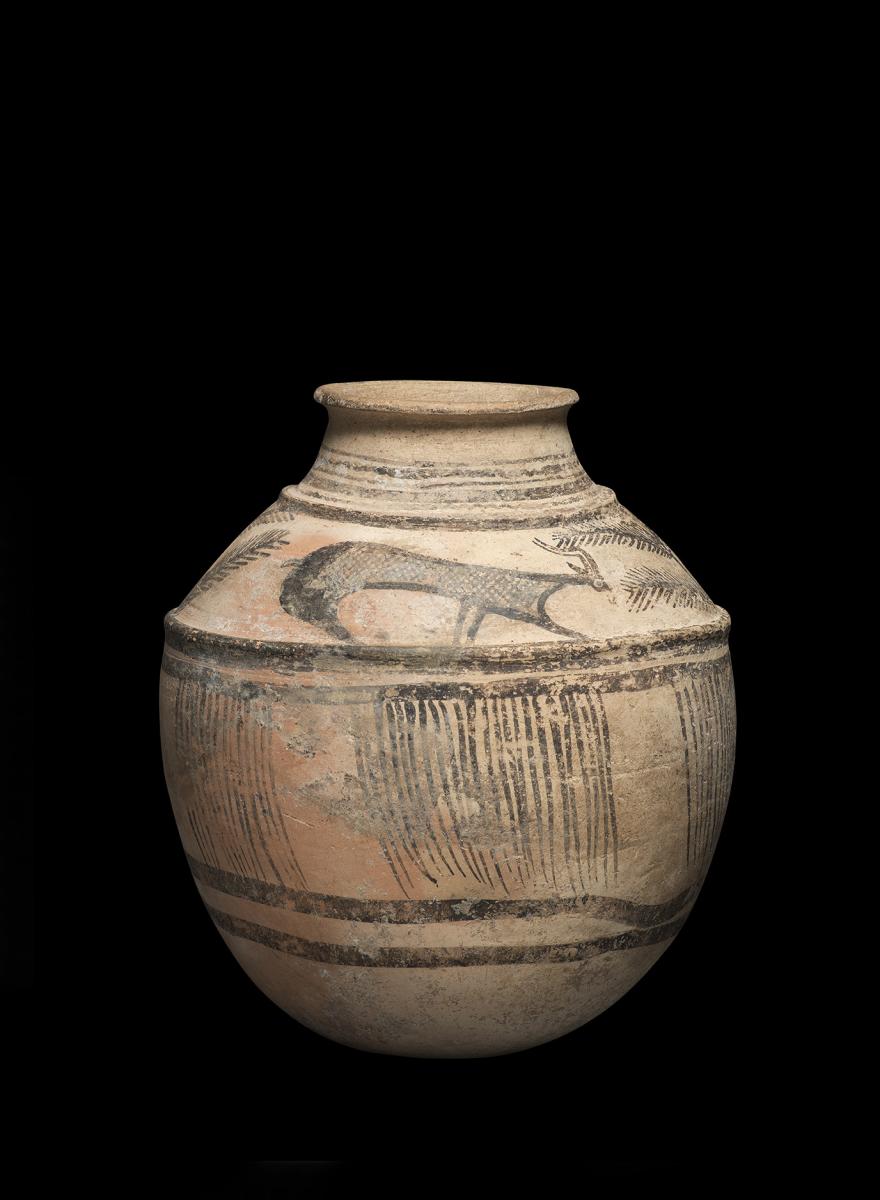 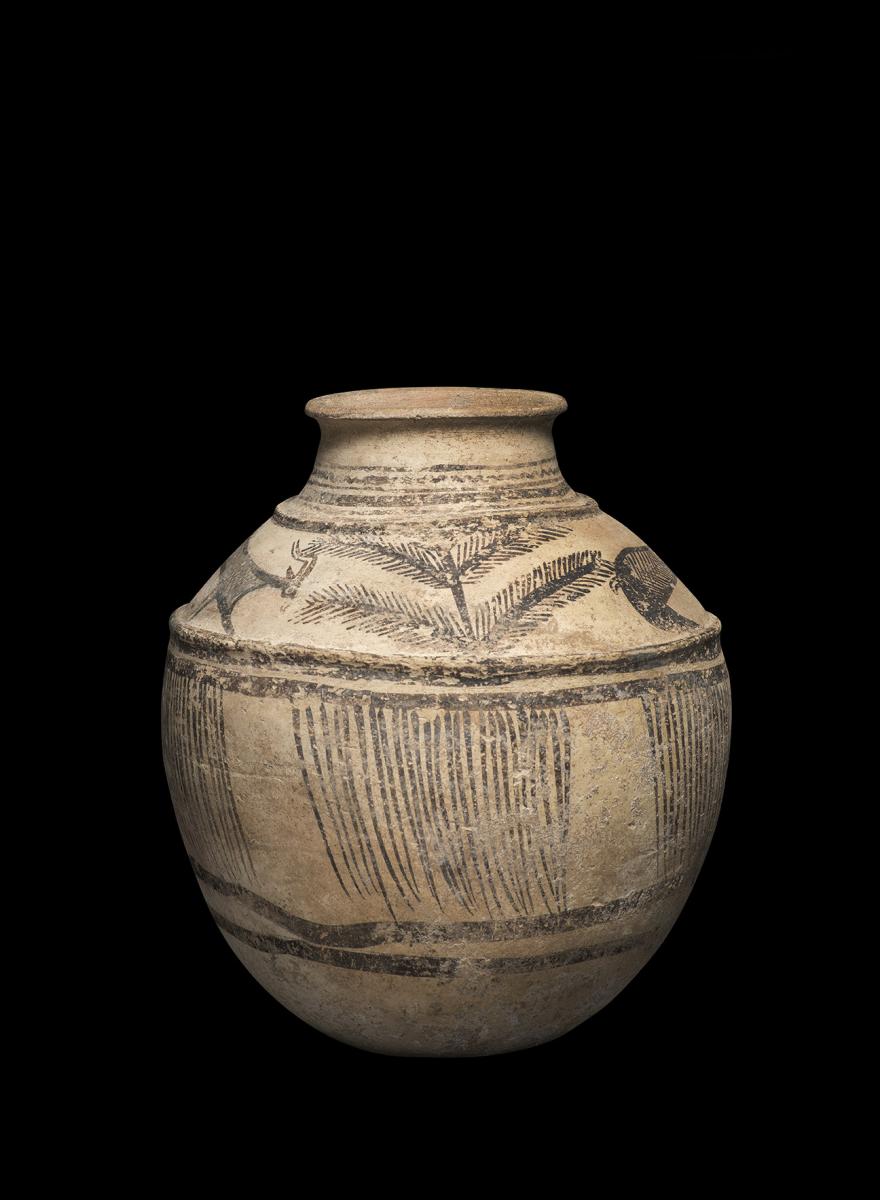 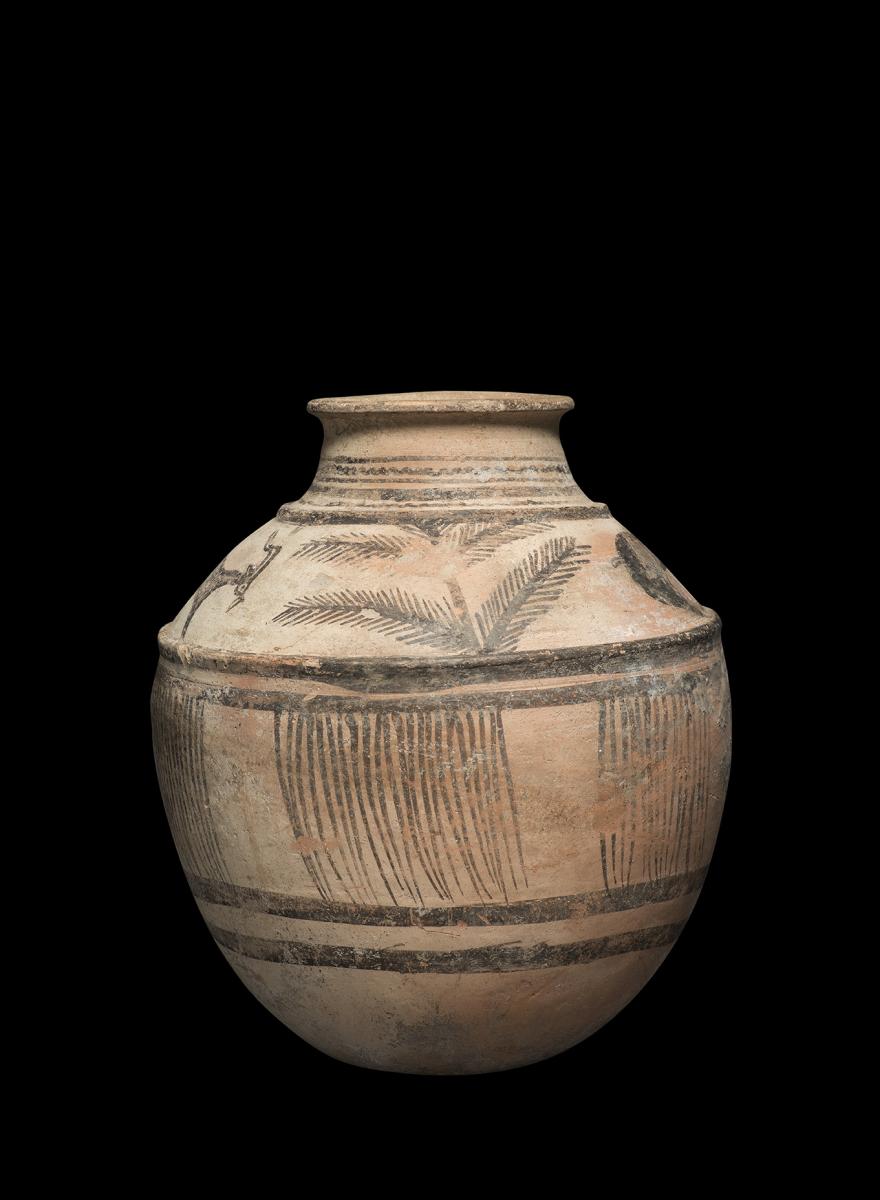 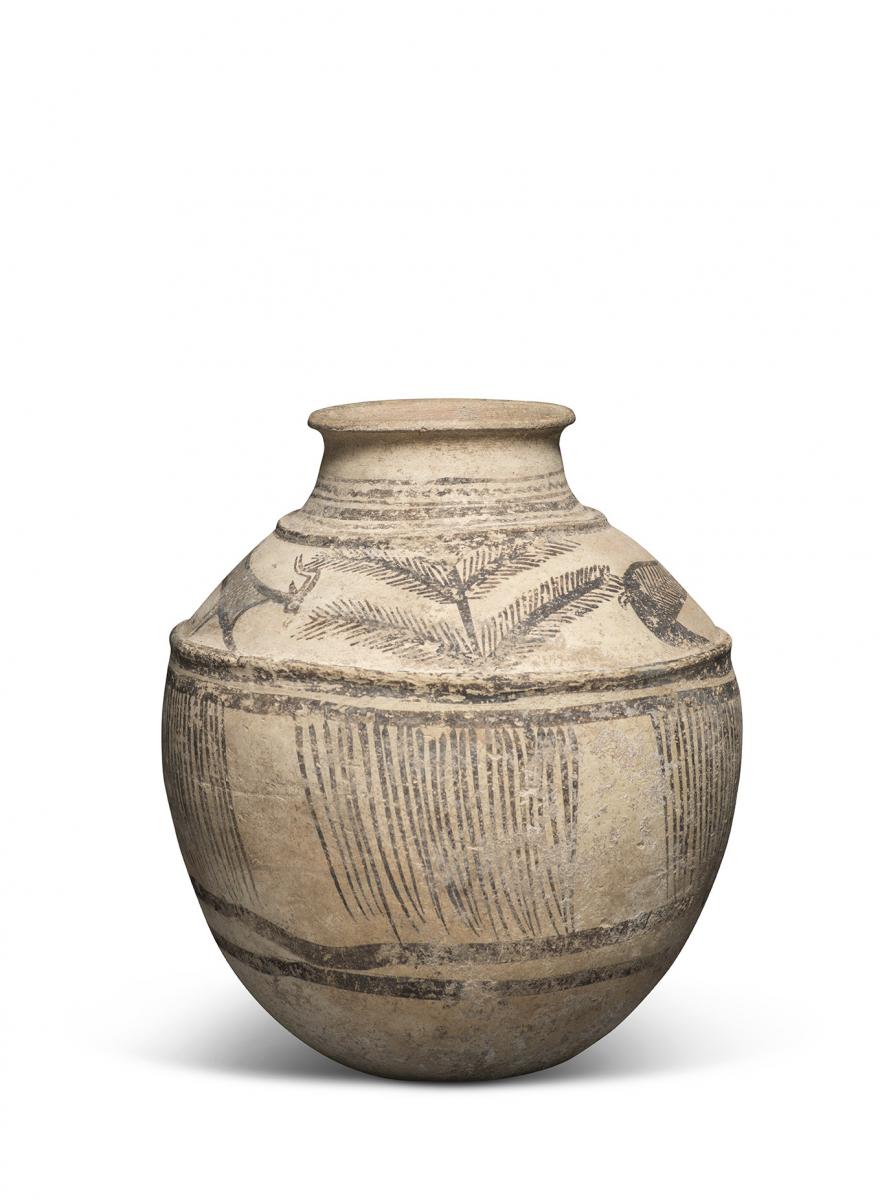 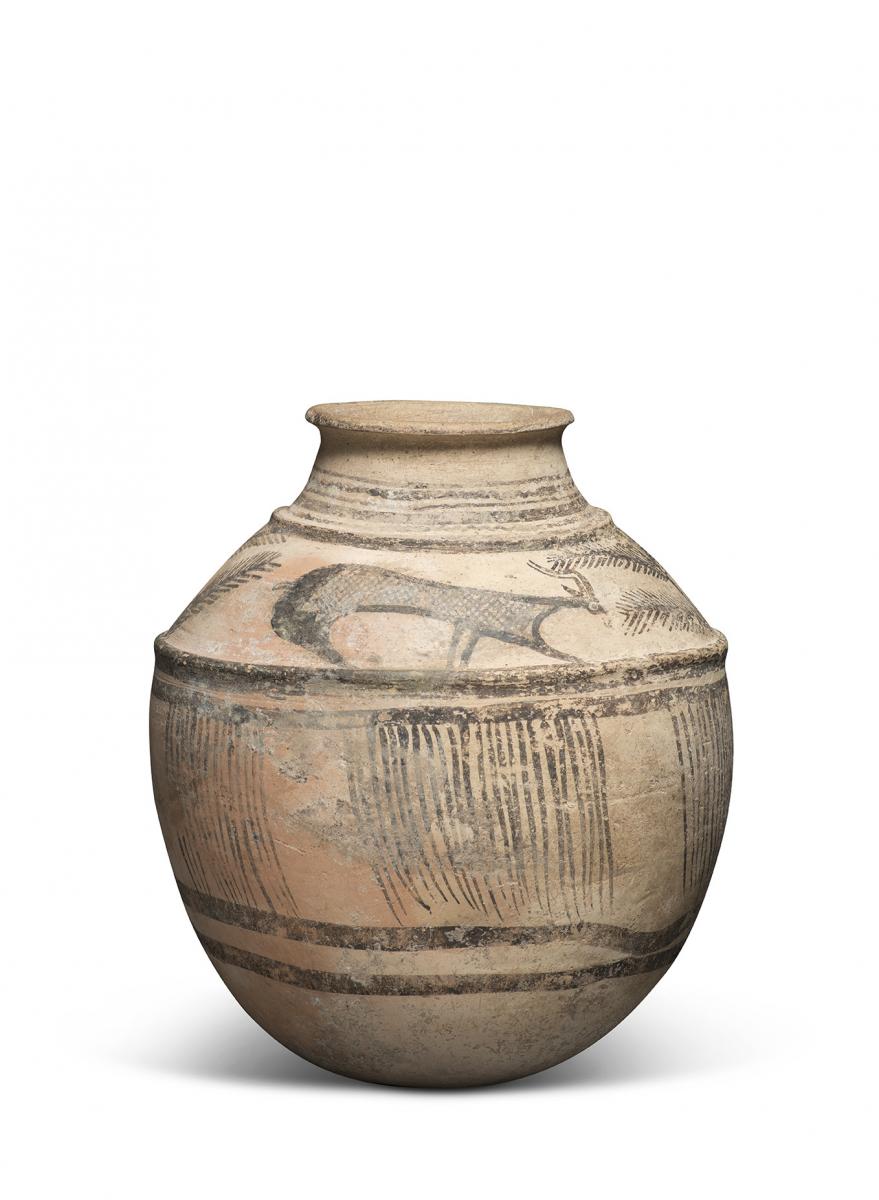 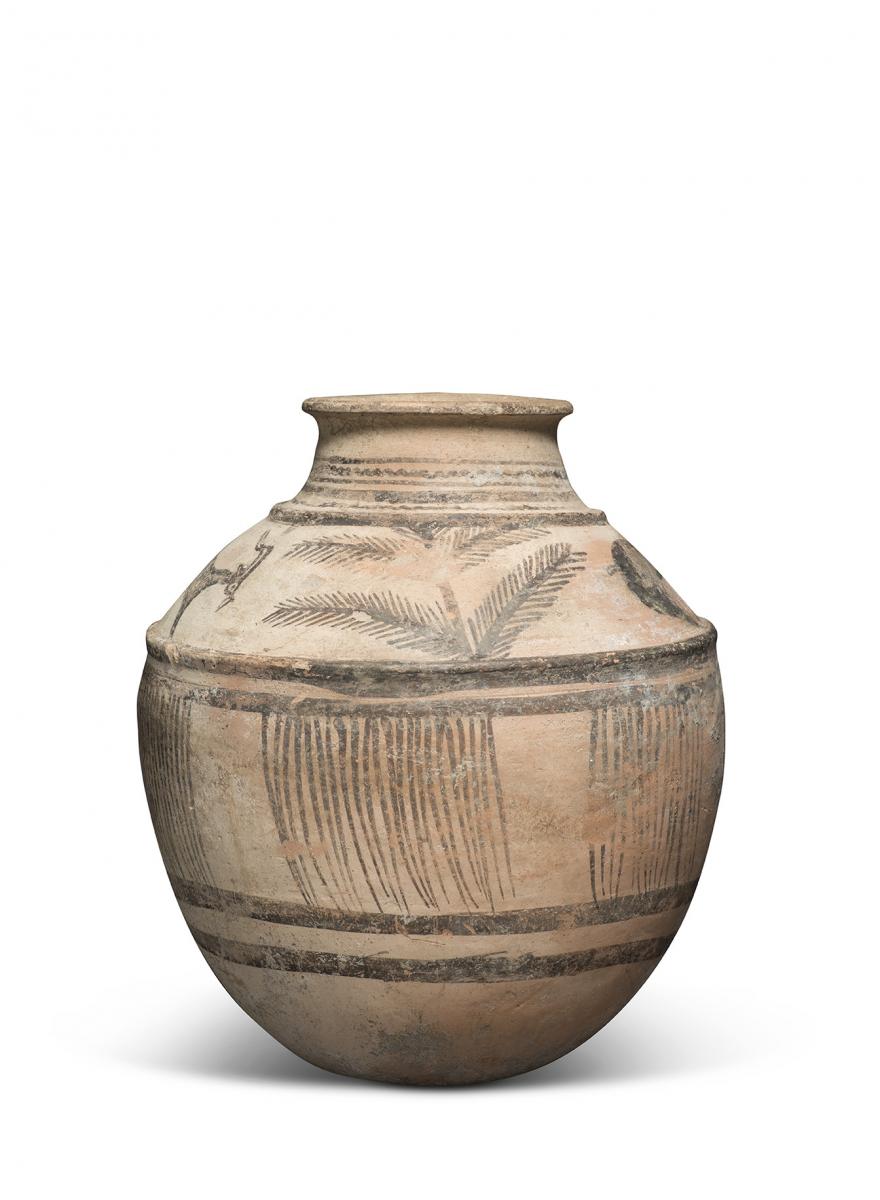 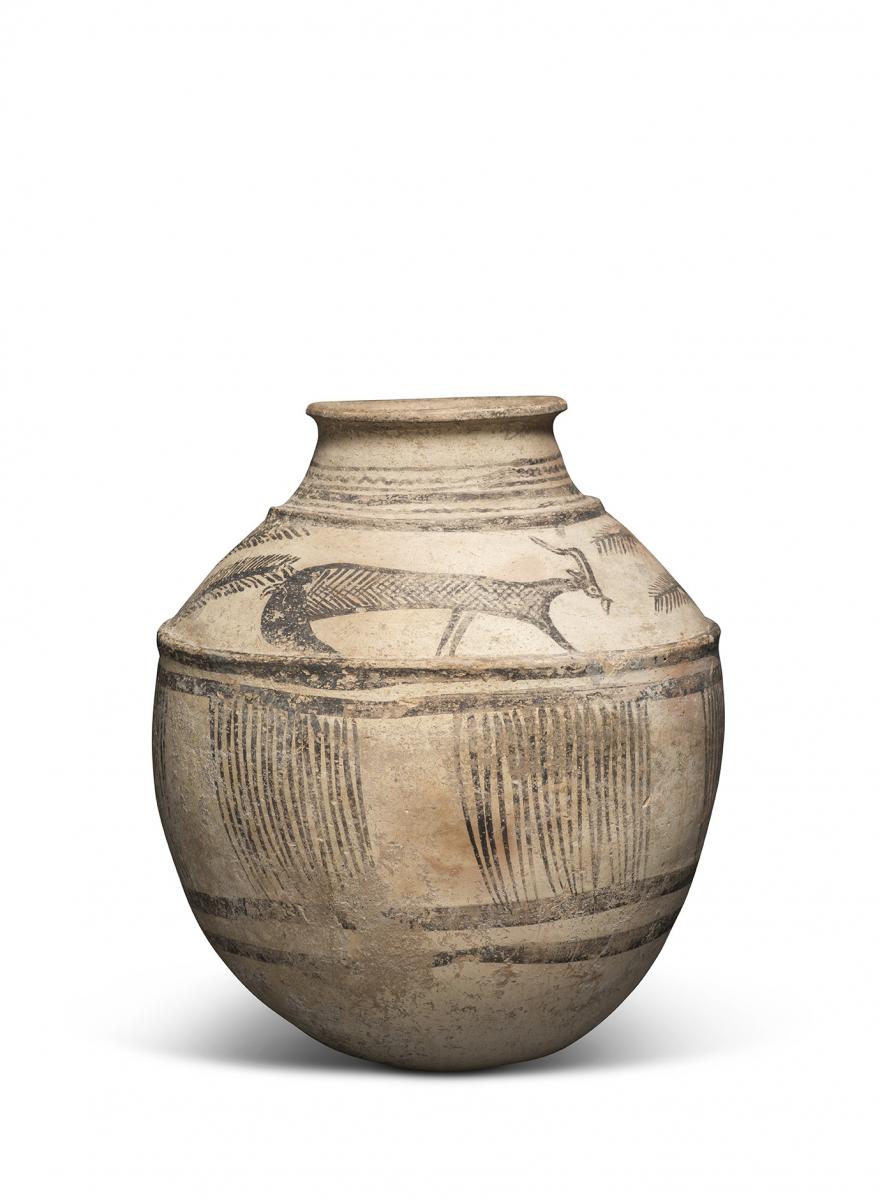 Elamite jar with goats and palms

The large vessel of carinated form, rounded towards the flattened base, has an upward sloping shoulder and a conical neck. Enlivened by three horizontal thickened ribs; at the shoulder, before the neck, and at rim.

Painted with black slip on a cream-white background. The shoulder has two striding goats, each separated by a tree with pairs of branches reaching up and outwards.

The body has sections of thin vertical lines, bordered by a pair of solid bands above and below. Repaired from large pieces with two small lacunae.