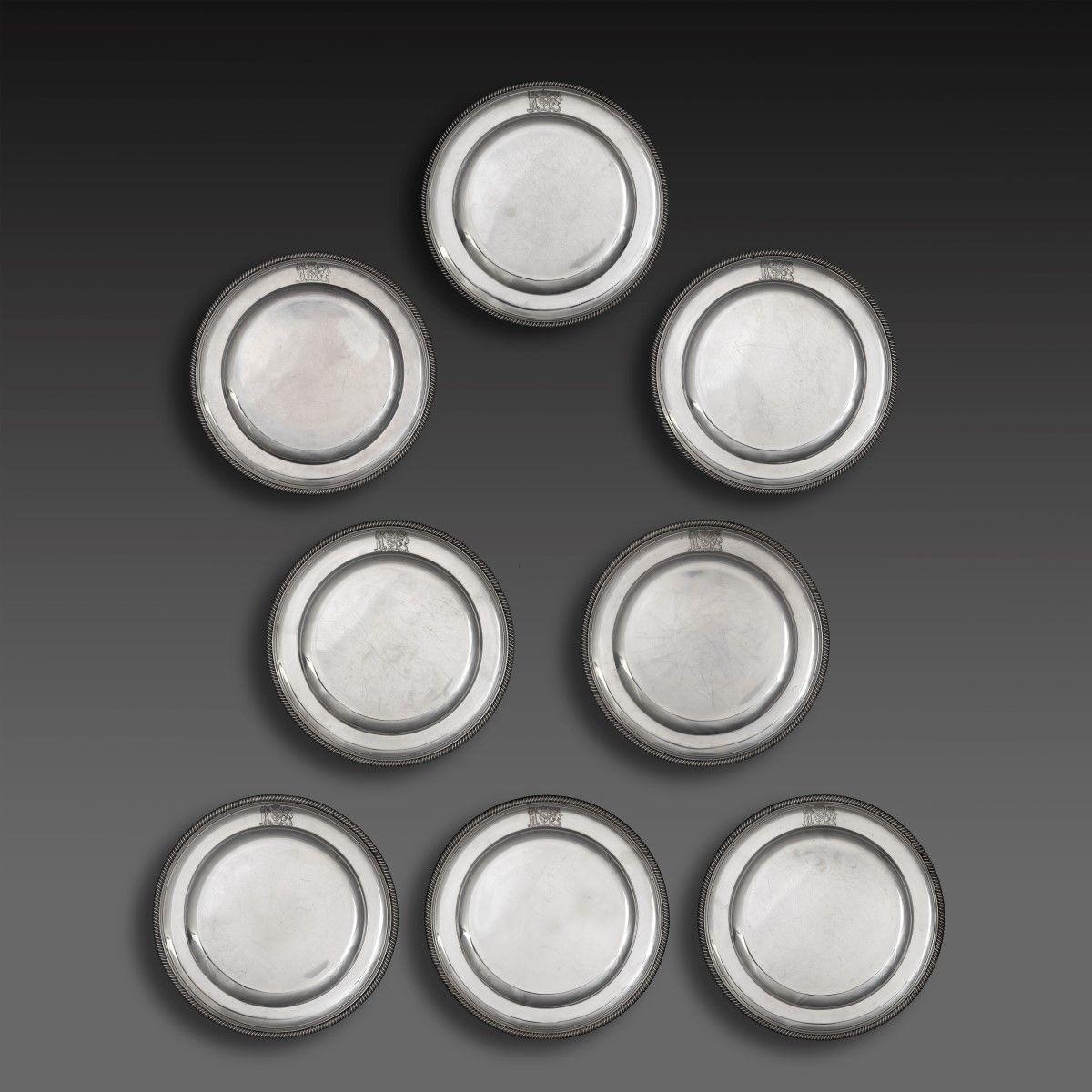 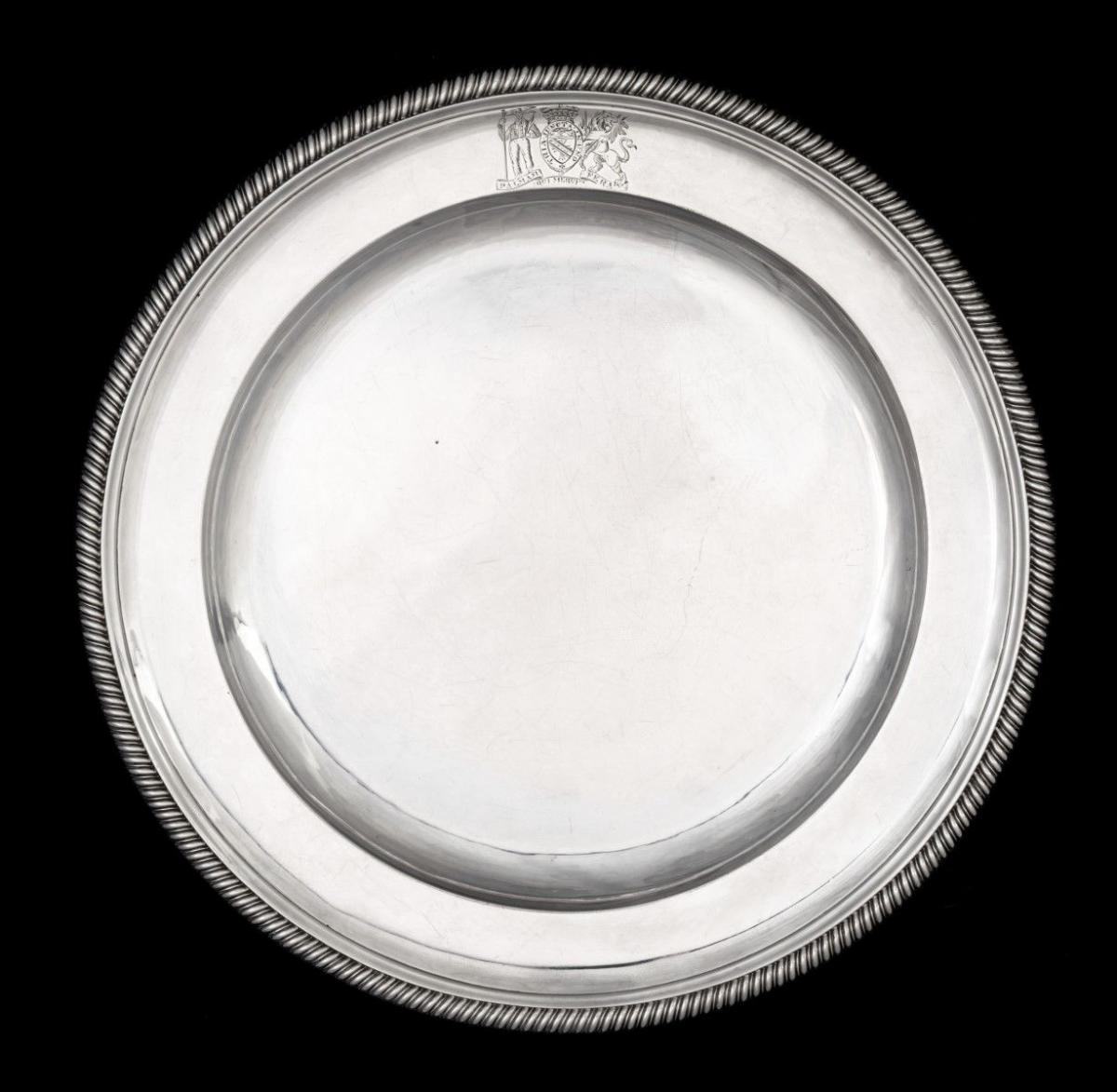 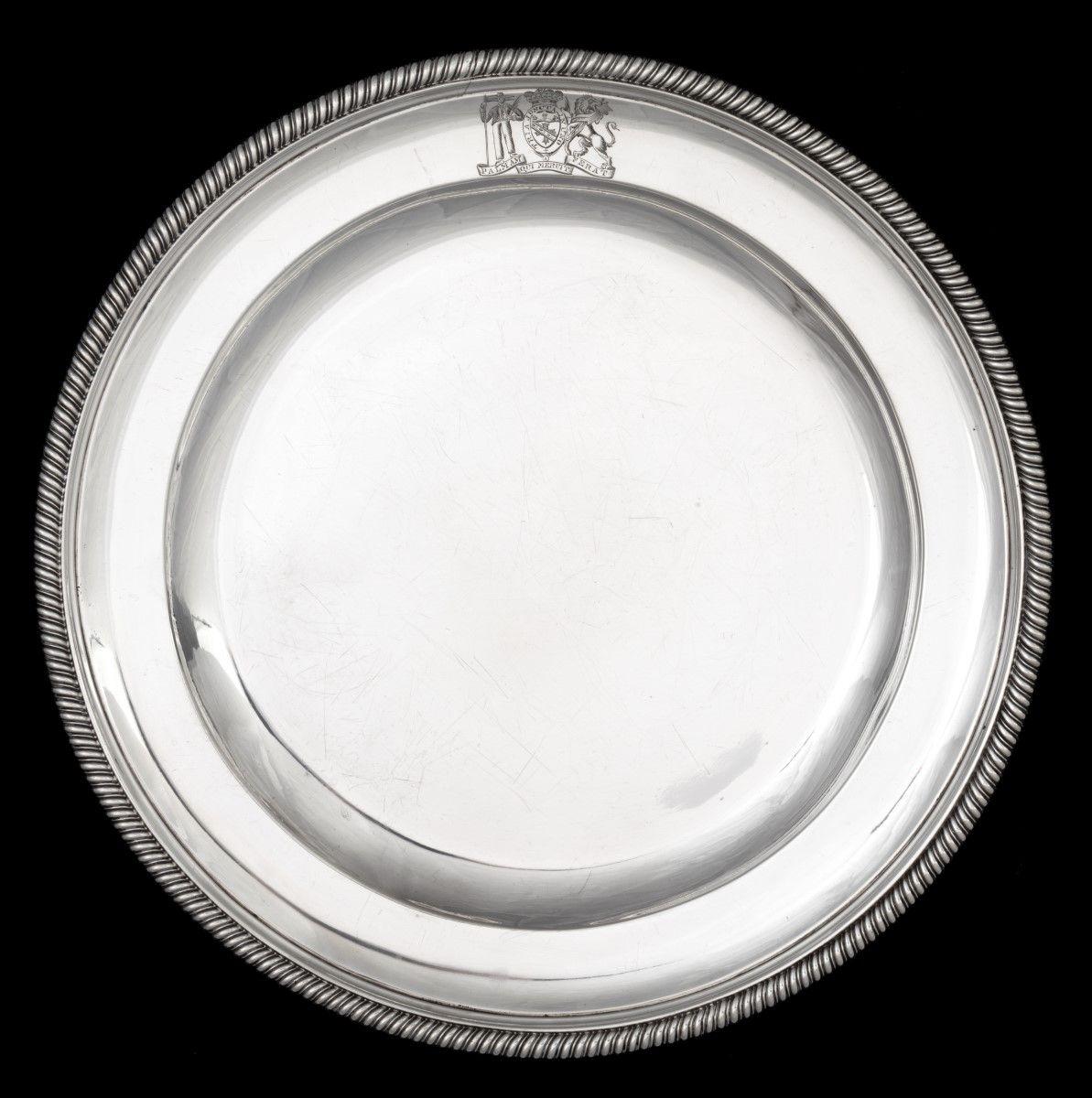 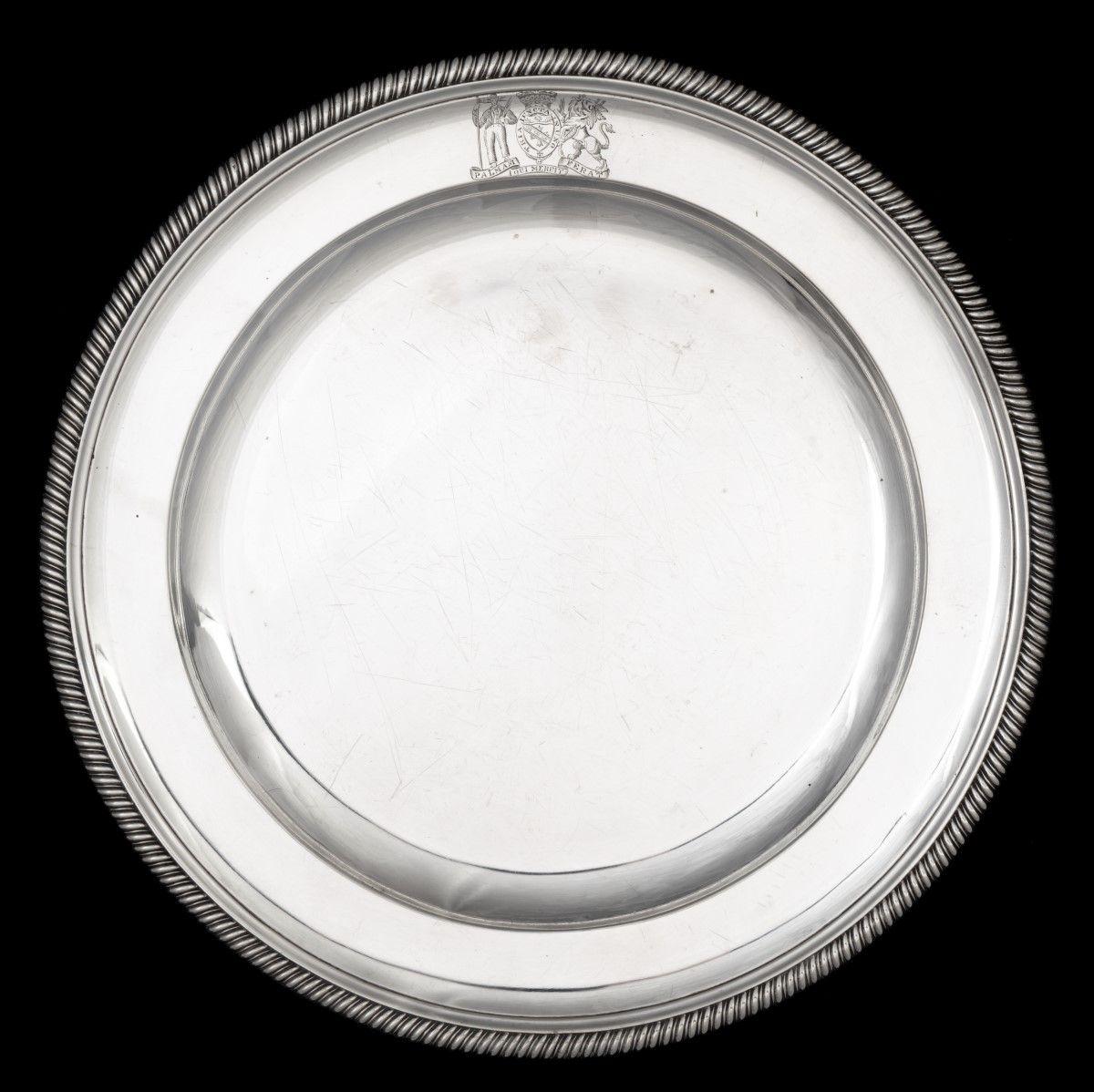 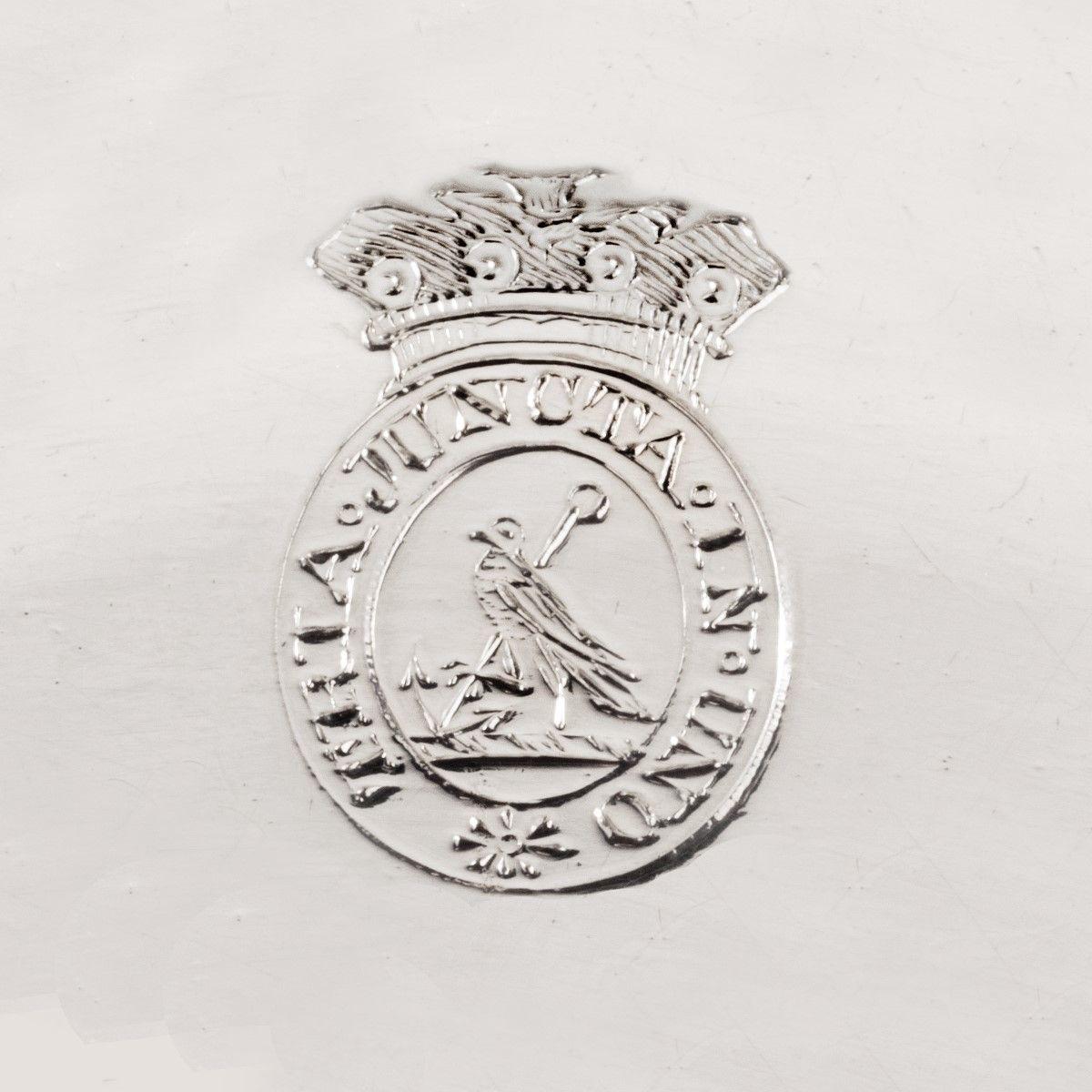 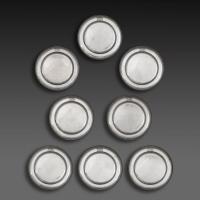 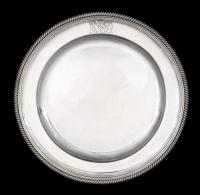 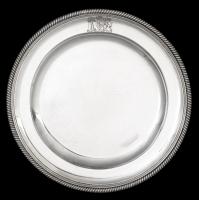 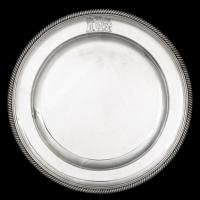 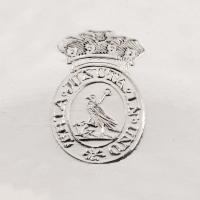 Each of these silver dishes is of circular form with a gadrooned rim and is incised with Admiral Lord Nelson’s coat of arms, surmounted by a Viscount’s Coronet. Made to order by the royal goldsmiths Rundell & Bridge, seven of the plates bear the hallmarks for silversmith Paul Storr with one marked for Timothy Renou. Four dishes are numbered on the reverse: No 34, No. 35, No. 56 and No. 54. London 1801.

After the Battle of Copenhagen in April 1801, following which he was raised in the peerage to Viscount, Nelson ordered ‘6 dozen’ plates to augment a service of silver presented to him by Lloyd’s after the Battle of the Nile in 1798. The plates were paid for with a further grant of £500 from Lloyd’s and principally made, like the earlier articles, by silversmith Paul Storr with assistance from Timothy Renou.

Like the rest of his service, the plates were for use at sea when Nelson entertained his officers in his cabin. For this reason, they are quite plain and unadorned except for a rope, or gadroon, border. They are all engraved with Nelson’s coat of arms surmounted by a viscount’s coronet. The trunk used by Nelson to transport his silver to sea survives at the National Museum of the Royal Navy in Portsmouth.

There is no doubt that these plates were used by Nelson in his flagship Victory, and possibly for his final dinner before the Battle of Trafalgar in 1805. After Nelson’s death, his service of silver was inherited by his surviving brother William, created first Earl Nelson, and his two sisters Susannah and Catherine. Other pieces went to Emma, Lady Hamilton.

The Nile/Copenhagen service was shared between them with the Earl receiving thirty-two plates. The Earl’s plates were sold at auction at Christie’s in 1895 with Lot 148, possibly the current group, listed as a set of eight. 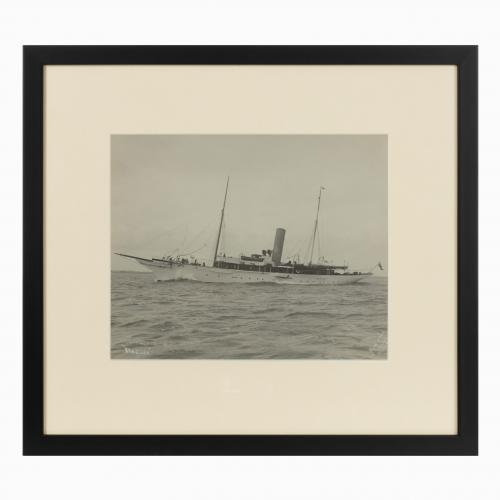 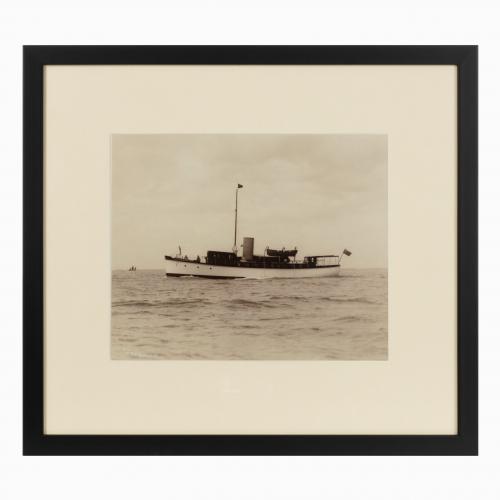 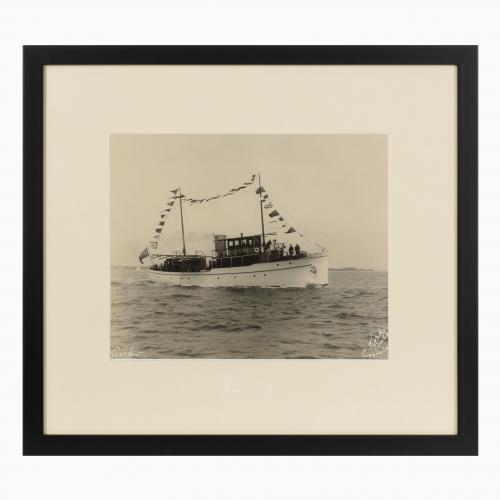