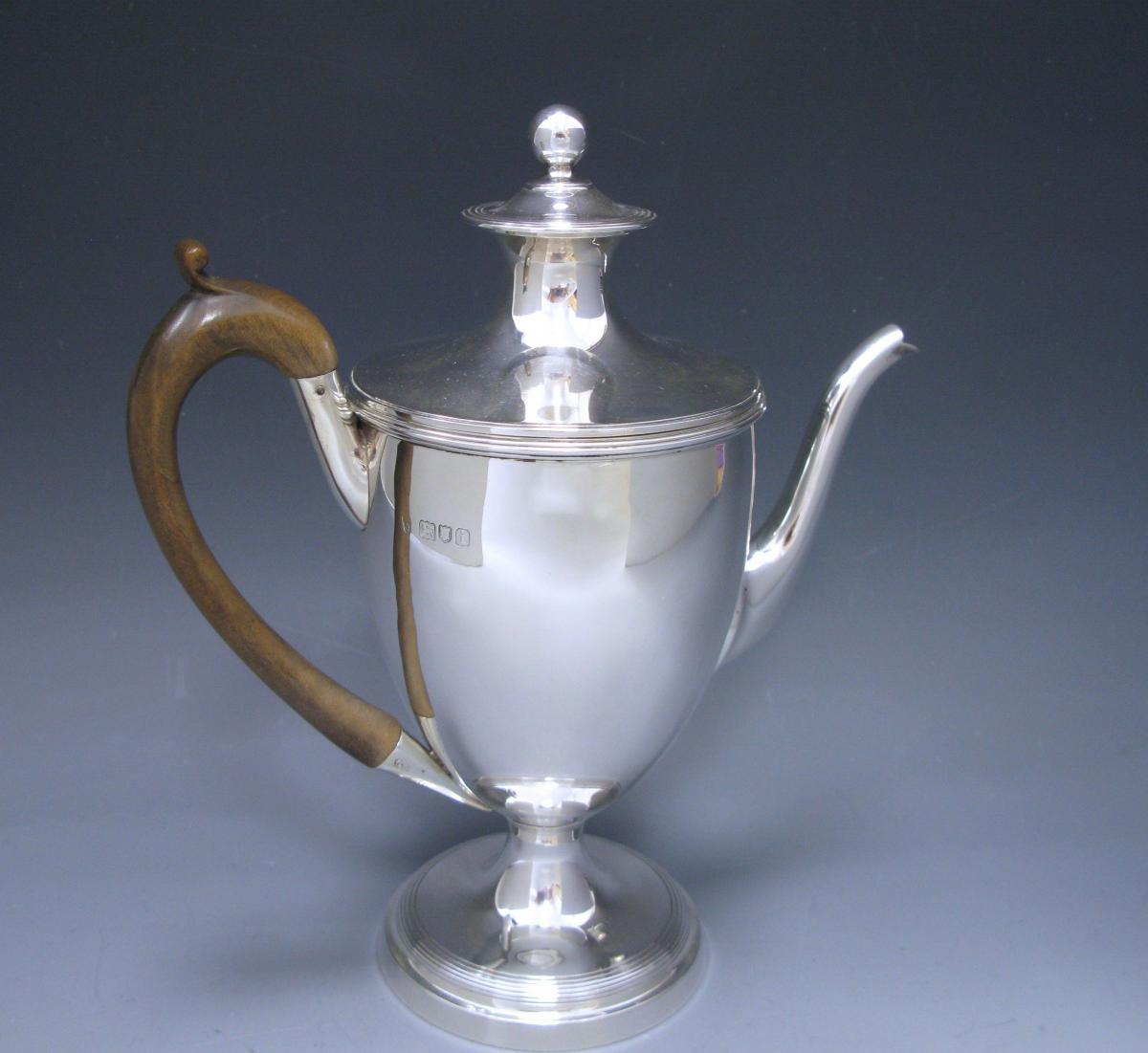 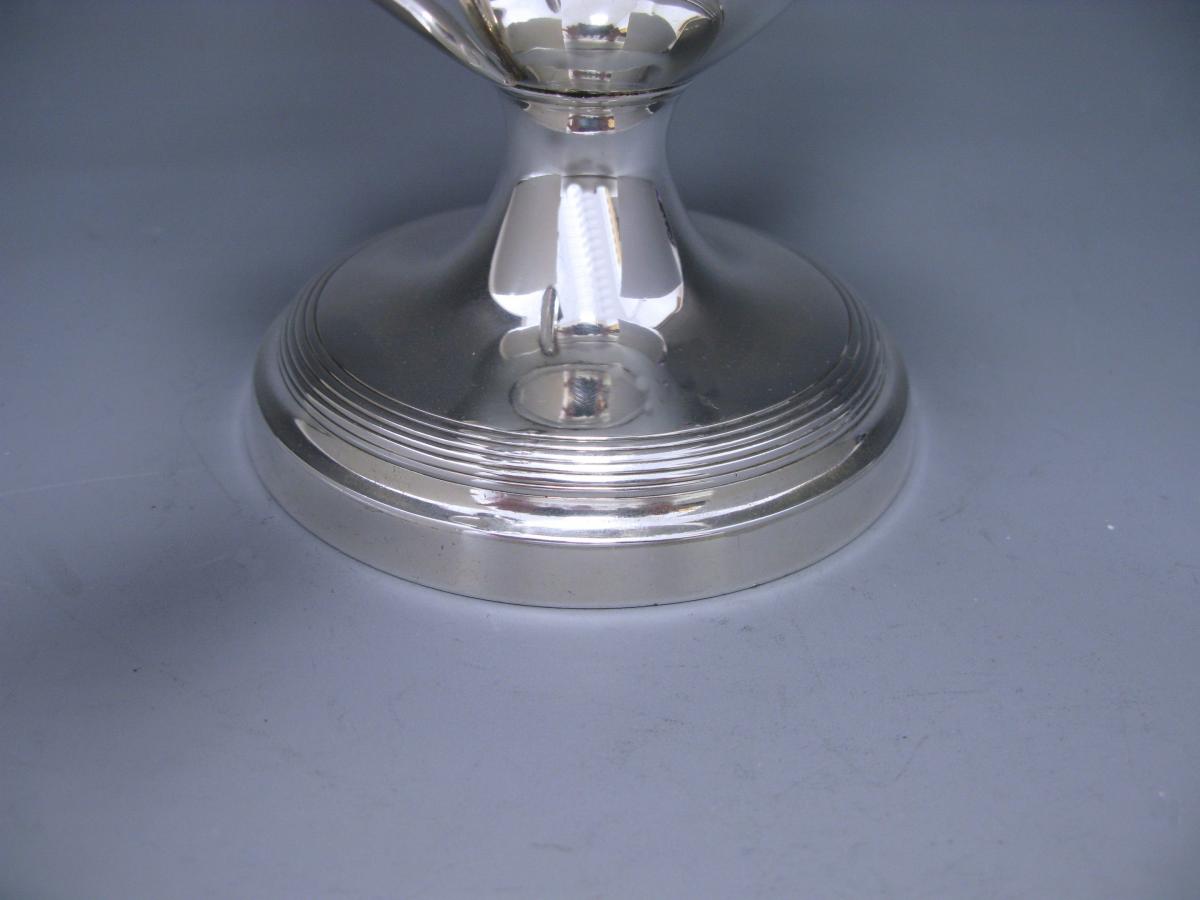 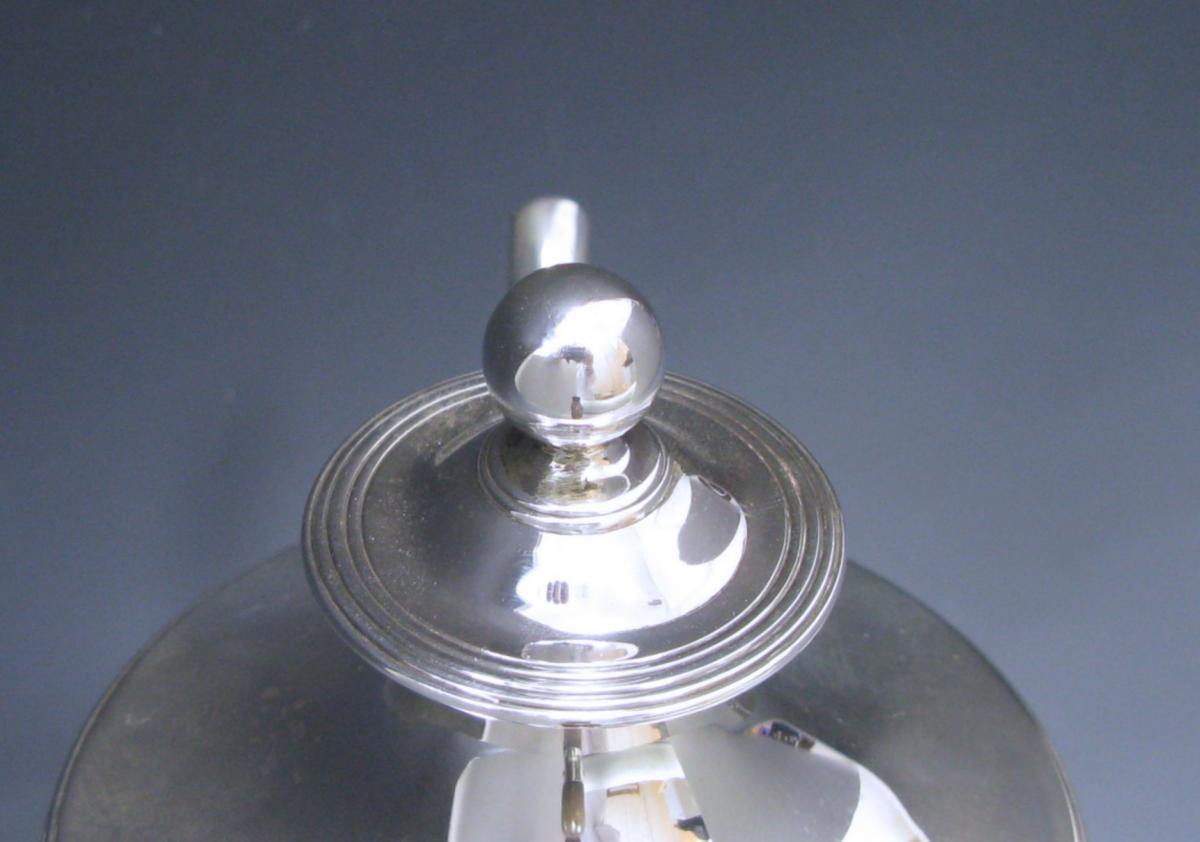 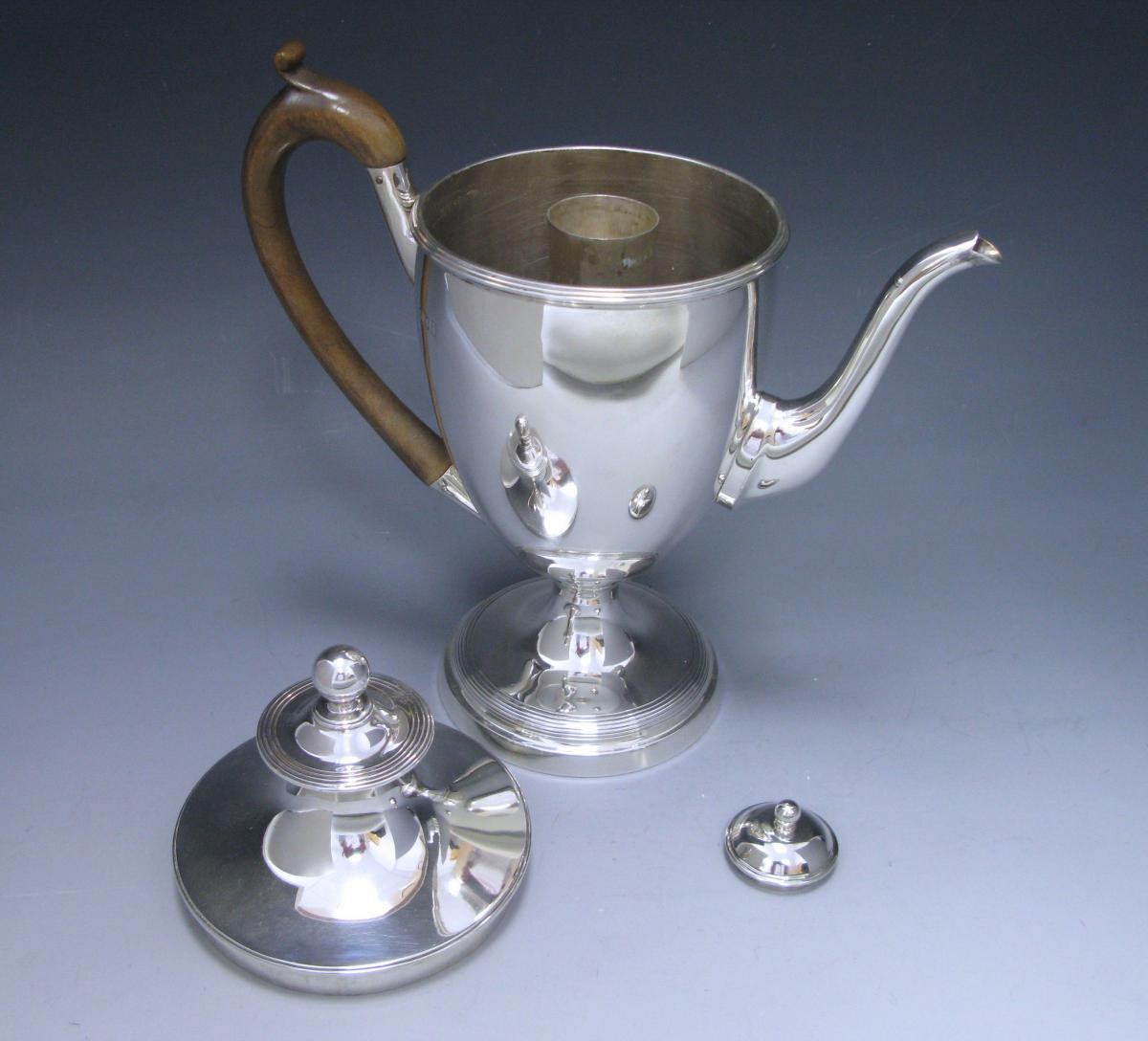 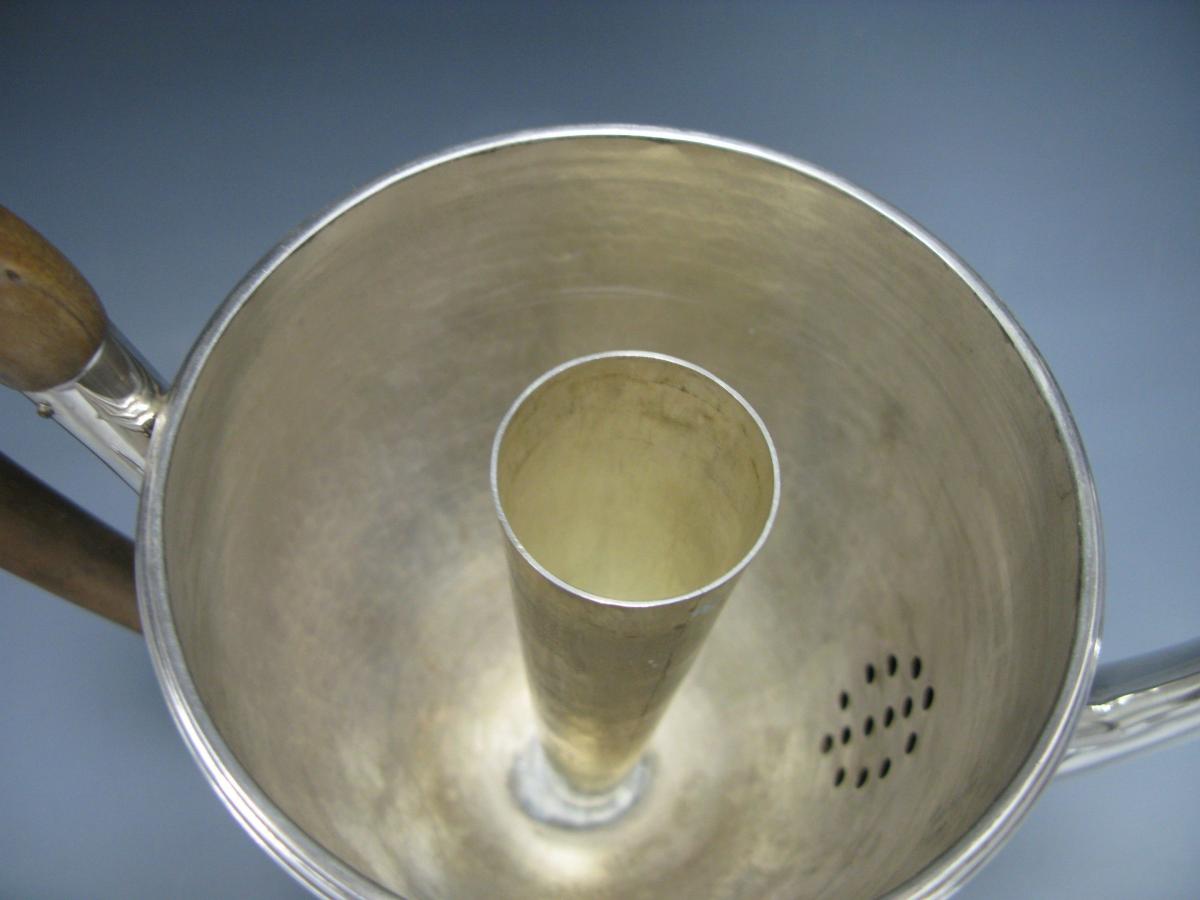 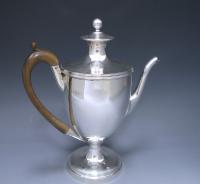 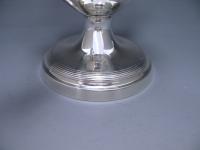 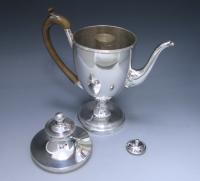 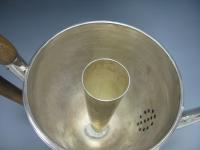 A splendid large Edwardian silver Argyle with a vase shaped body which has a reed border on the base, the top of the main body and on the lid.The lid is a pull off one with a ball finial and the Argyle has a swan neck and a fruit wood handle.It is hallmarked on the body,lid and interior lid and is in excellent condition.

The interior of the Argyle has a central heating chamber for hot water to keep the contents hot.

John Campbell, the fifth Duke of Argyll, and his wife Elizabeth Gunning, Baroness Hamilton of Hameldon, hated the way that gravy arrived cold to their table from the kitchens of their Inverary Castle during the cold Scottish winters.

The Duke (1723-1806), succeeding his father, the fourth Duke of Argyll in 1770, was the promoter of a new piece of tableware designed to maintain the warmth of the gravy in its vessel.

This, with a bit of imagination, was the origin of a warmer called 'argyle' (silver Argyll, silver Argyll) in honour of the Noble Family that first made a wide use of this device.

Silver Argyle(silver Argyll) is a gravy-warmer made in various shapes similar to a covered coffee pot with one handle and one spout.