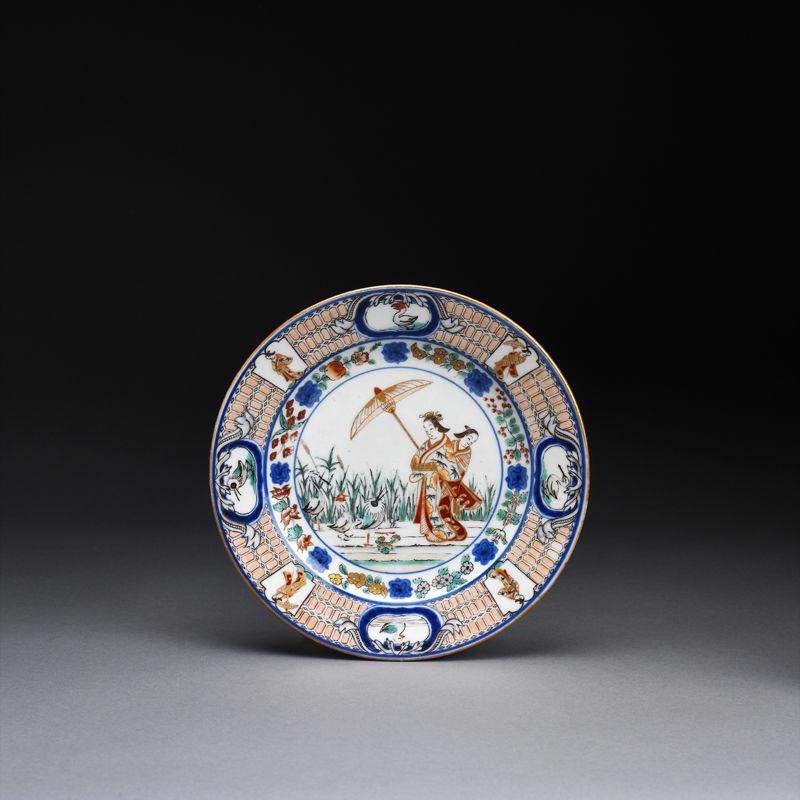 The original drawing for this design was probably sent to Japan in June 1736 with an order of 1,800 pieces, but very few were delivered. The design was not ordered by the V.O.C. but was carried to Japan as a commission by private Dutch traders.

The Japanese decorators adapted the original design by Pronk with certain compositional differences, which are immediately recognizable.

For instance, the ladies were portrayed with characteristic Japanese hairstyles, the loose Chinese robes were replaced with elaborately patterned kimonos, the parasol was depicted with no European fringe of tassels (which was correctly copied in the Chinese version) and the border of flowers and birds was stylised.

Even though the design was hugely successful, after a brief period the V.O.C. decided to stop its production in Japan due to manufacturing costs since porcelain painters were paid more in Japan than in China.