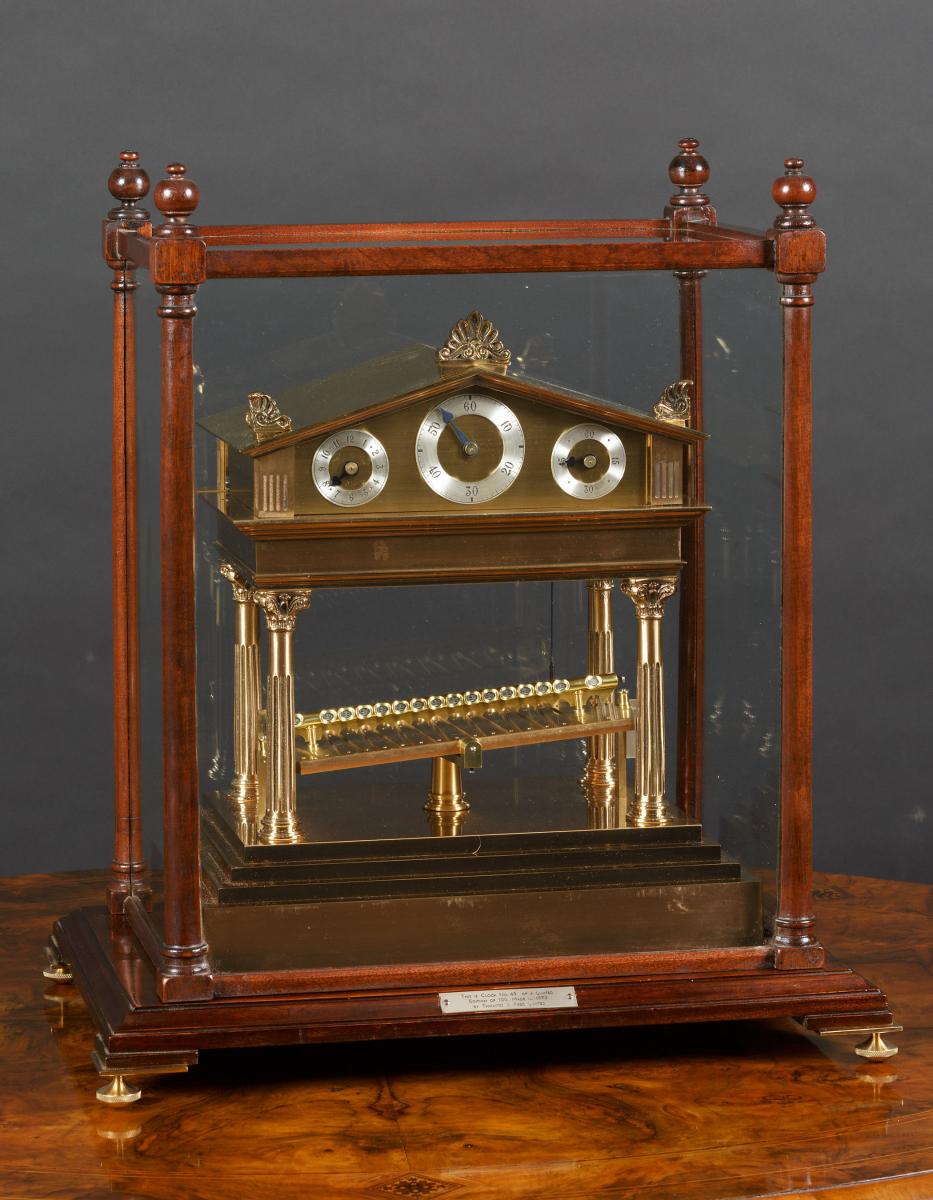 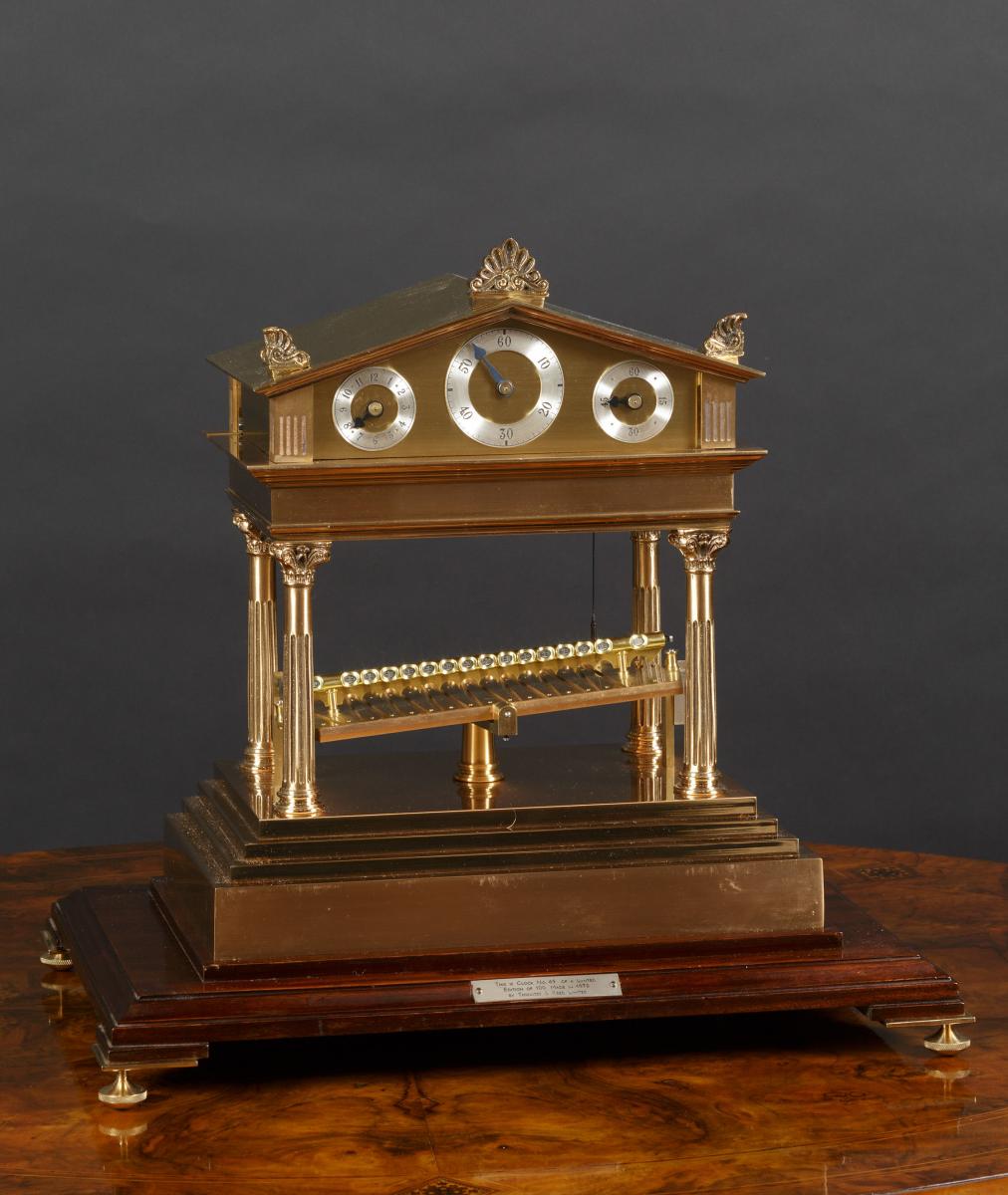 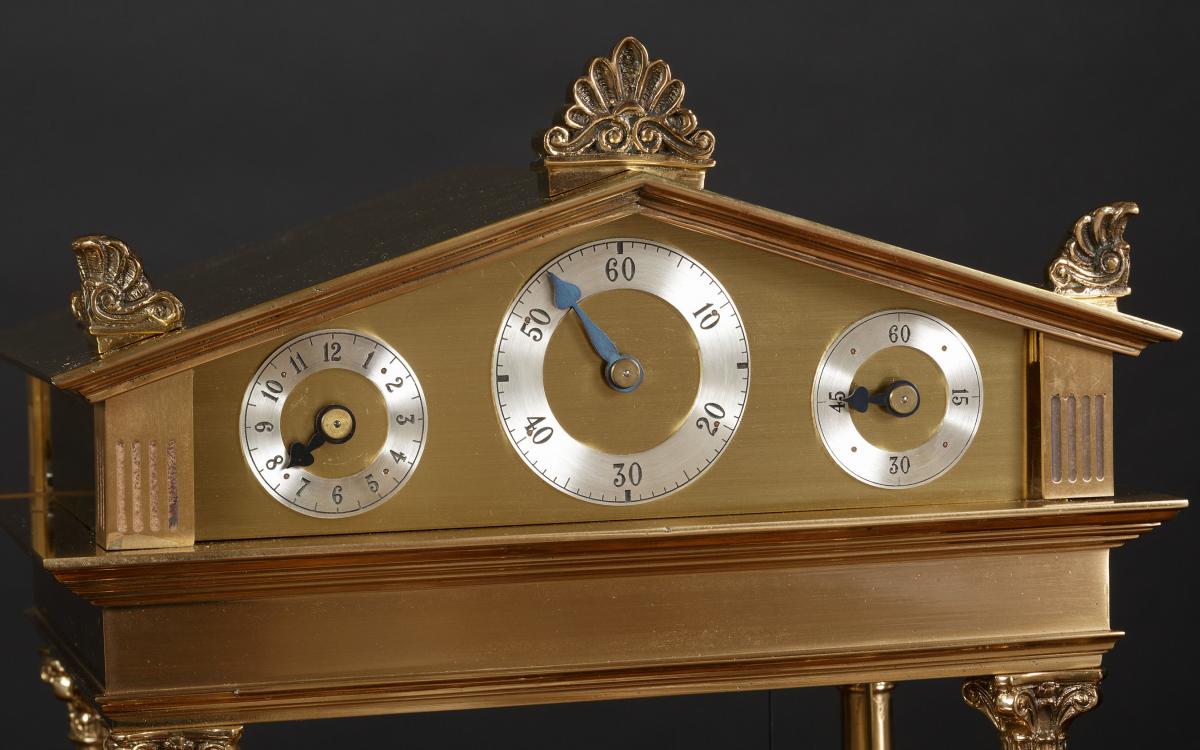 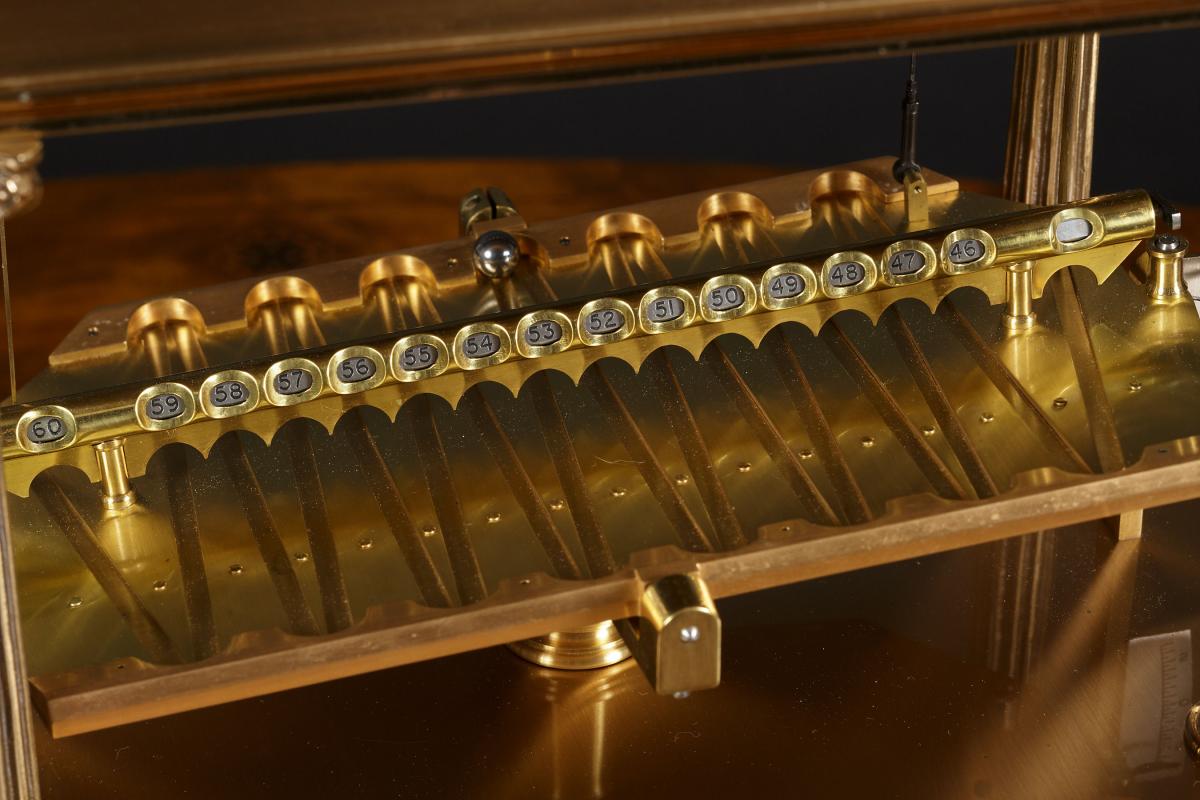 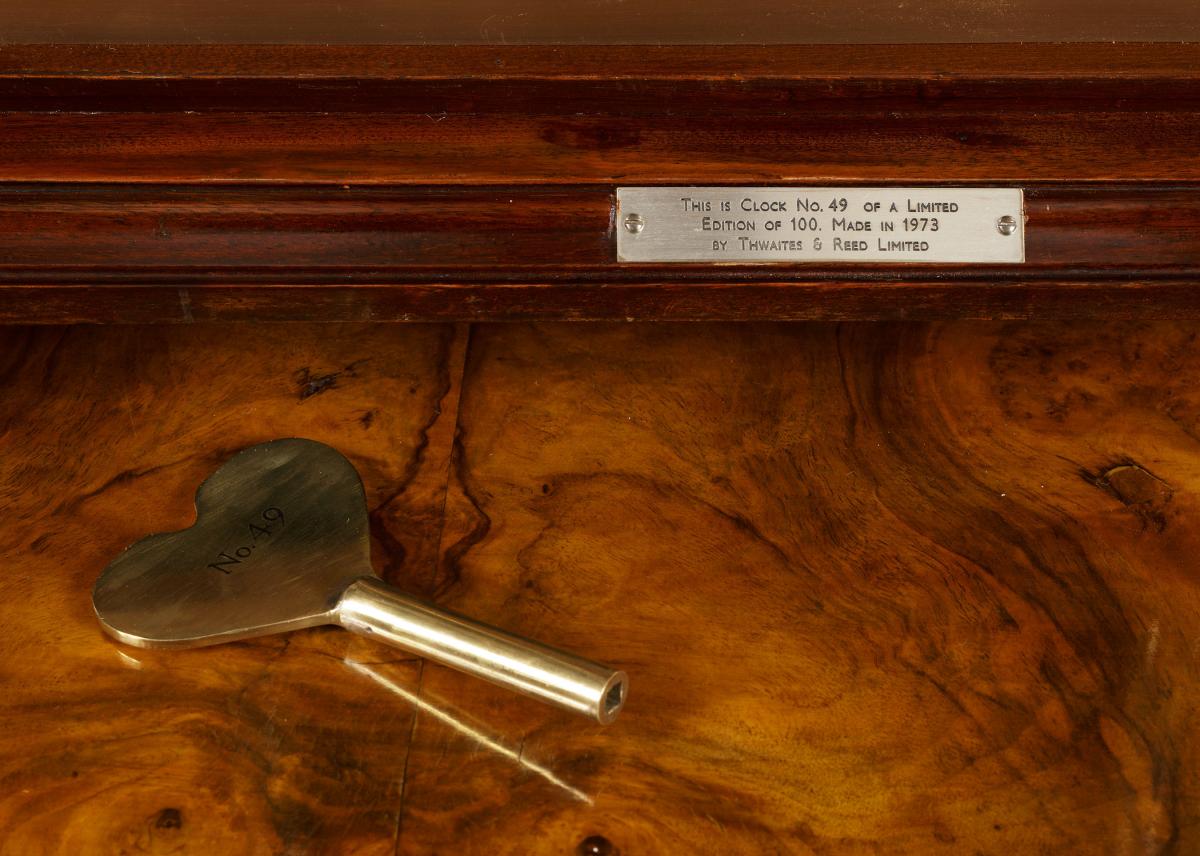 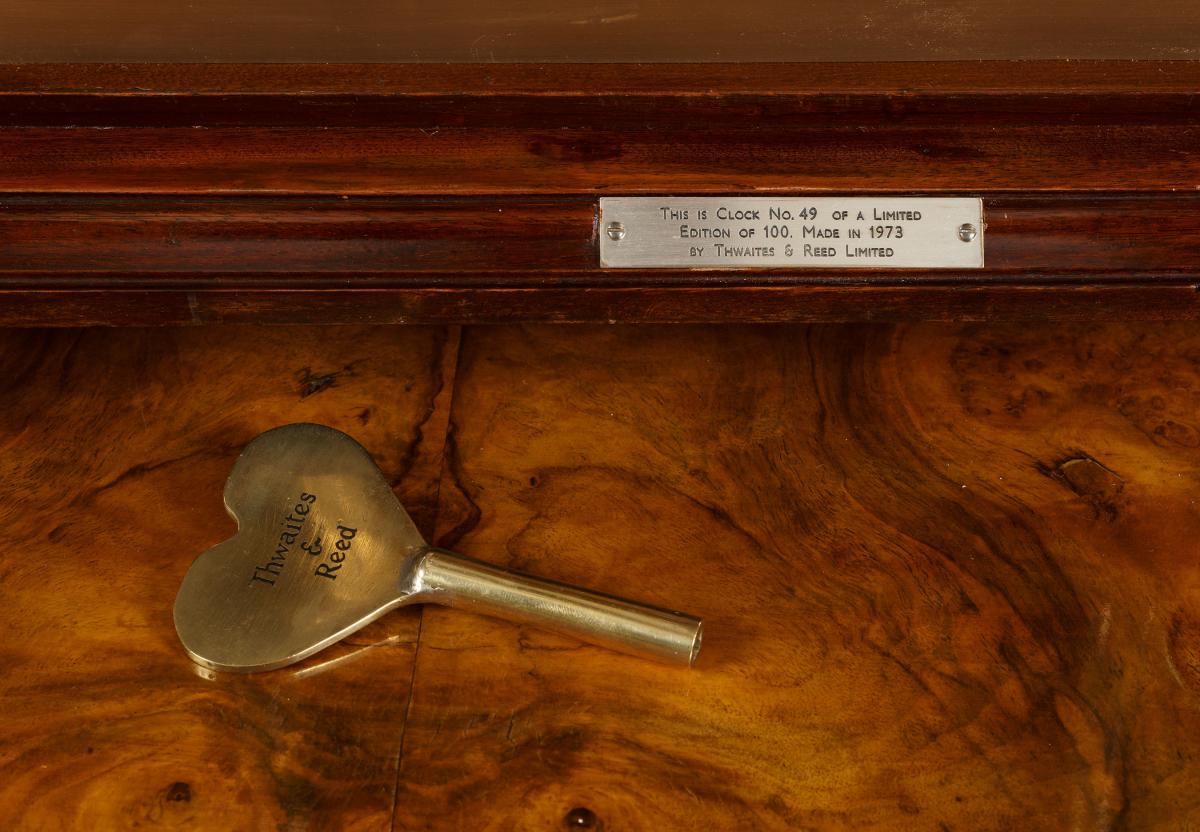 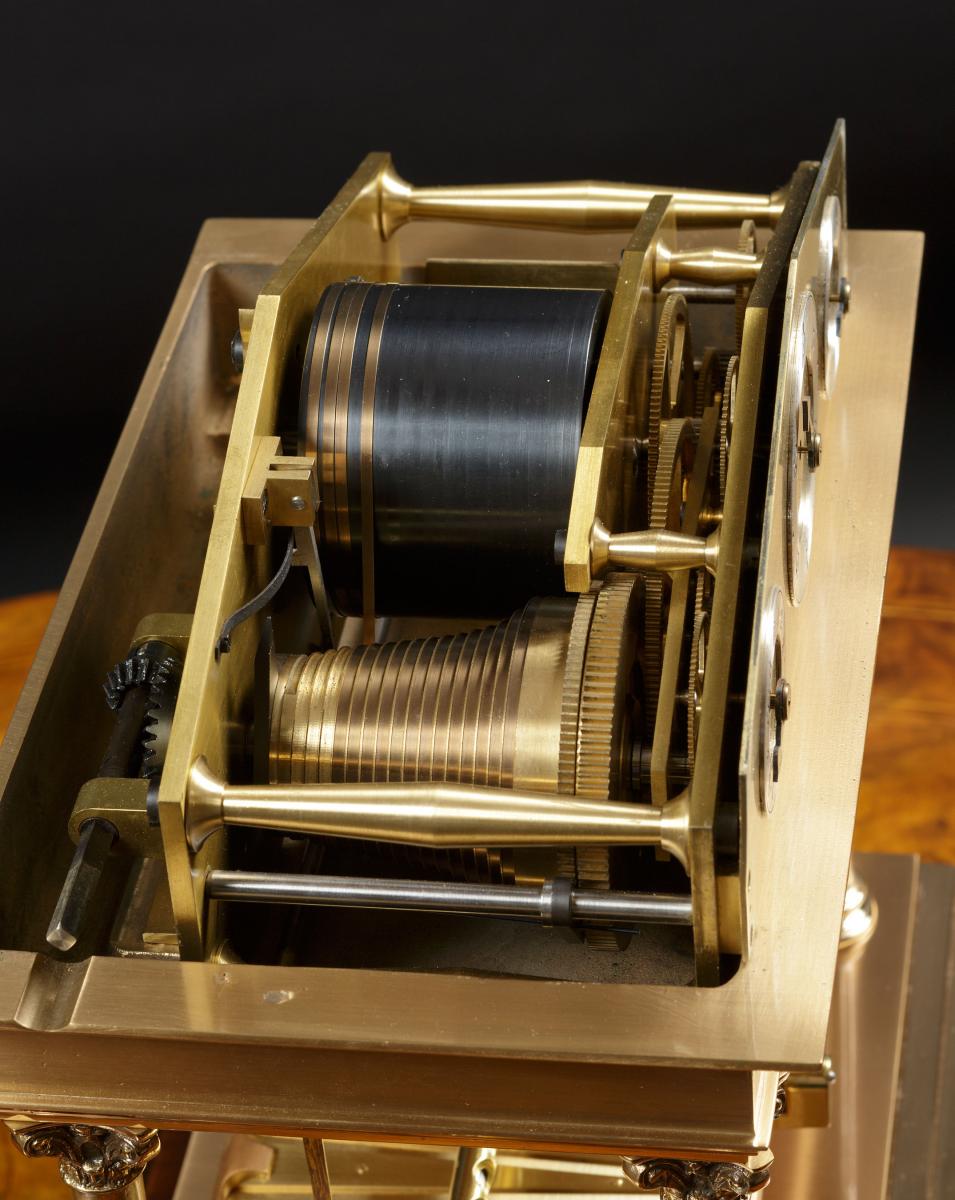 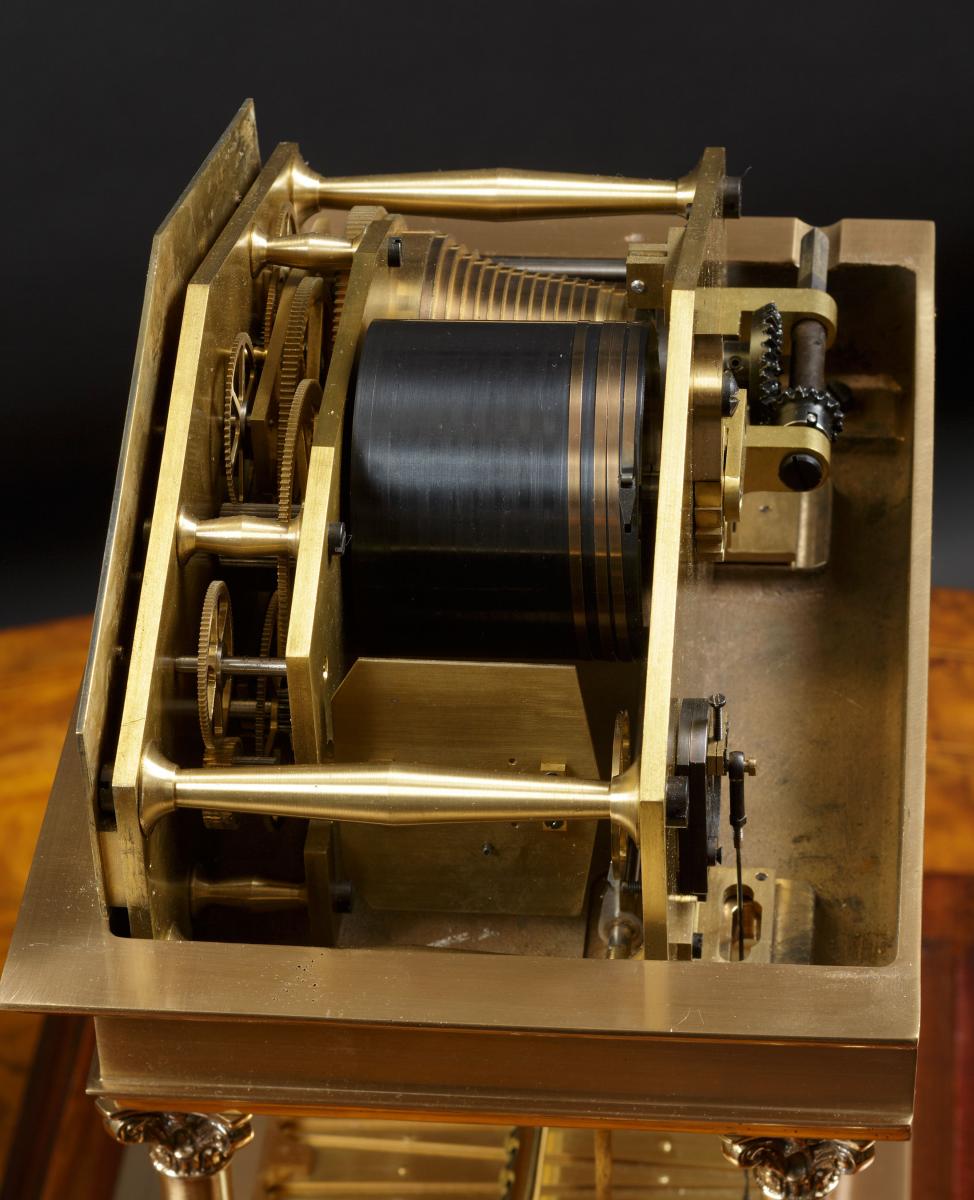 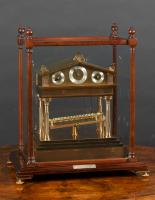 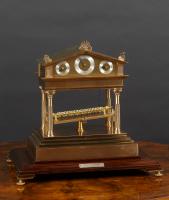 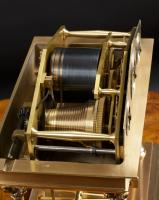 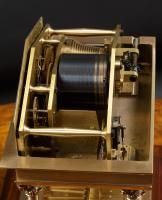 Sir William was born in 1772 and died in 1828, son of General Sir William Congreve, 1st Baronet. He was a Tory member of parliament who immersed himself in inventing at the Royal Arsenal. Pioneering the development and deployment of Congreve rockets. He was a fellow of the Royal Society and enjoyed the friendship of the Prince Regent.

Congreve Rolling Ball Clock was invented by Sir William Congreve in 1808. Sir William was not a clockmaker but an inventor. He hired the well known firm of clockmakers Gravel and Tolkien to produce the first working version which was weight (rather than spring) driven. He presented this to the Prince of Wales in 1808. The second version which was spring driven was constructed by John Moxon and is now in the collection at Buckingham Palace.

The clock uses a steel ball rolling along a horizontal zig-zag track rather than a pendulum to regulate the time.  The ball takes fifteen seconds to run from one end of the track to the other, where it trips the escapement which in turn reverses the tilt of the tray and causes the hands of the clock to move forward. Therefore, the second hand jumps forward at every fifteen second interval.

Congreve Rolling Ball clocks are unreliable timekeepers, the time taken for the ball to traverse the track can vary greatly depending on the circumstances of the ball and of the track.

This very fine example was made in 1973 by the famous London clockmaking firm of Twaites and Reed as a limited edition of 100. This one is numbered 49.  The clock stands on a lacquered brass stepped base with rectangular ‘Zig-Zag’ table for the rolling ball and revolving seconds above. Gilded, reeded Corinthian columns support the architectural pediment with three silvered dials for seconds, minutes and hours. This magnificent timepiece rests on a mahogany stepped base with adjustable gilded feet. The silvered plaque to the base reads ‘This clock, No.49 of a limited edition of 100, made in 1973 by Thwaites and Reed Ltd’. 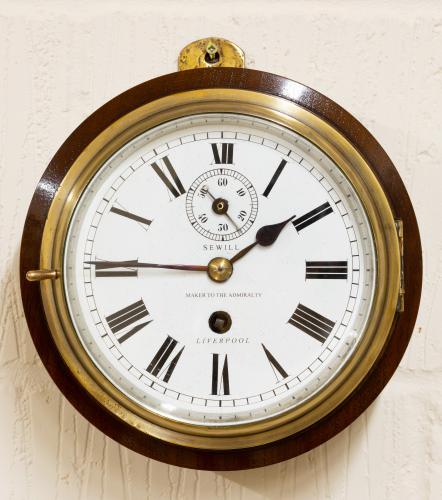 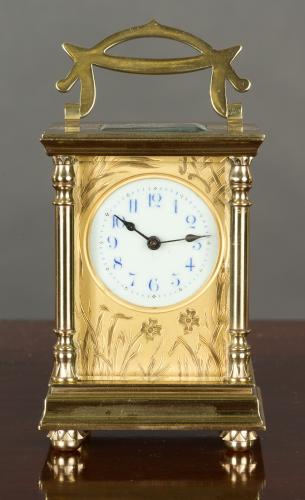