A Berlin Porcelain group of Hercules 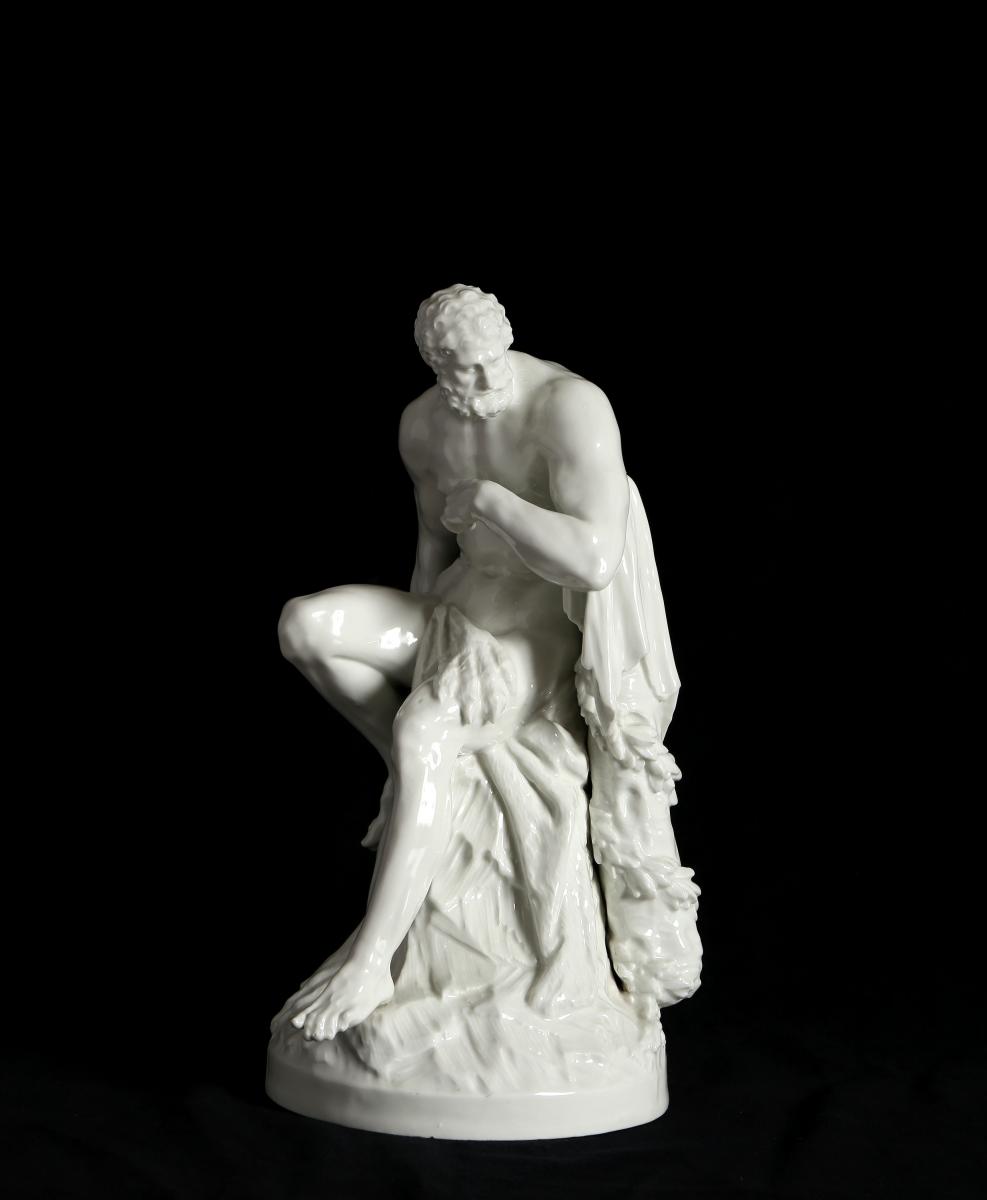 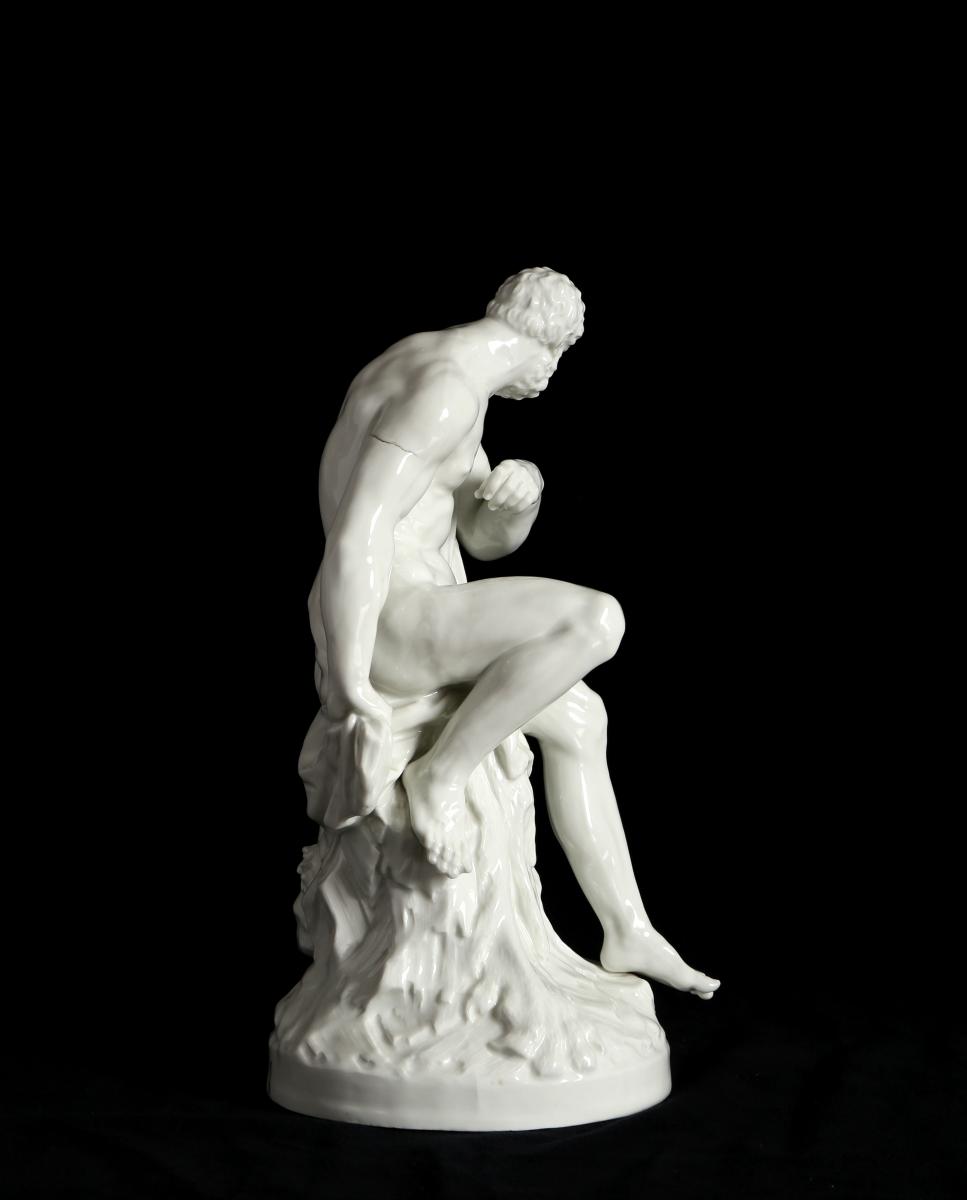 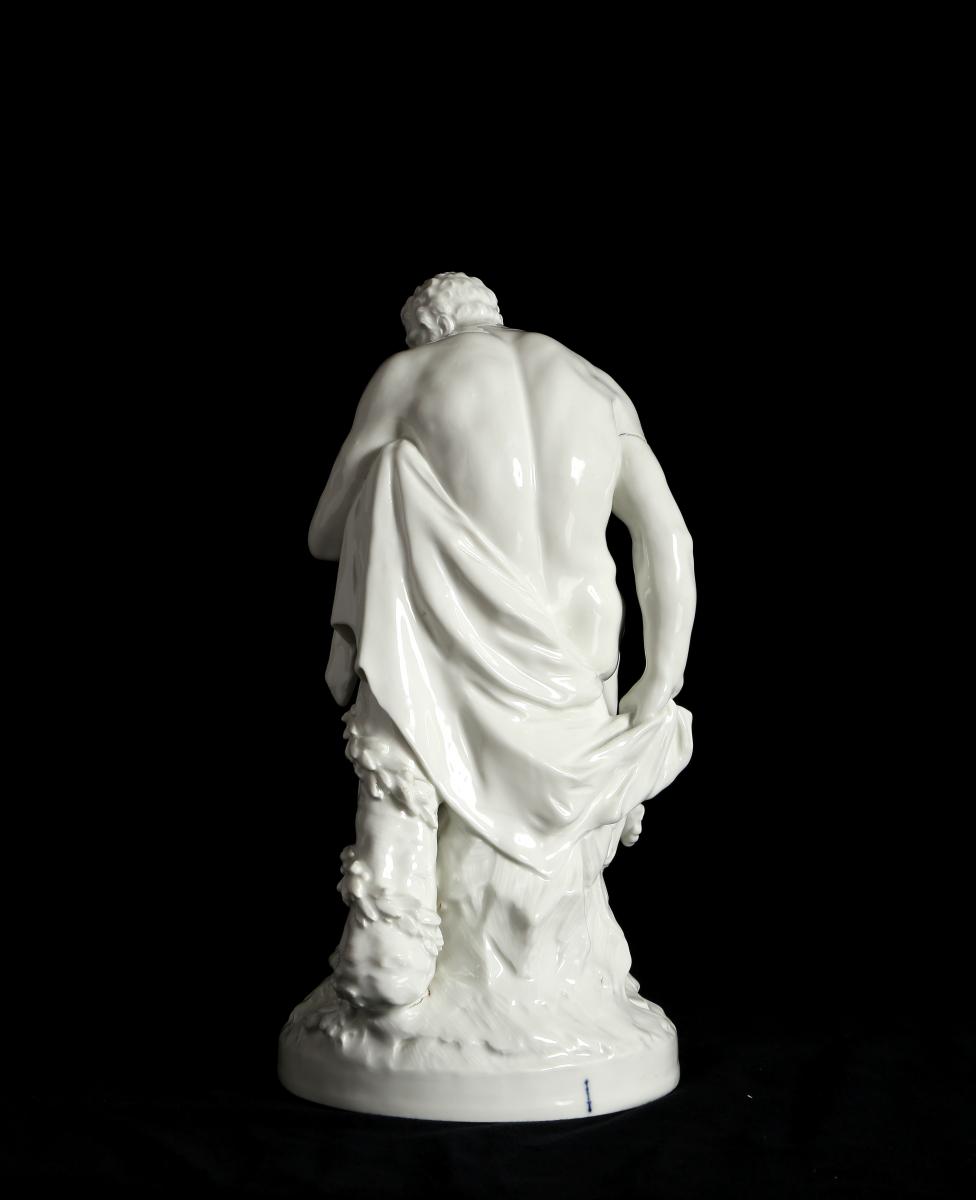 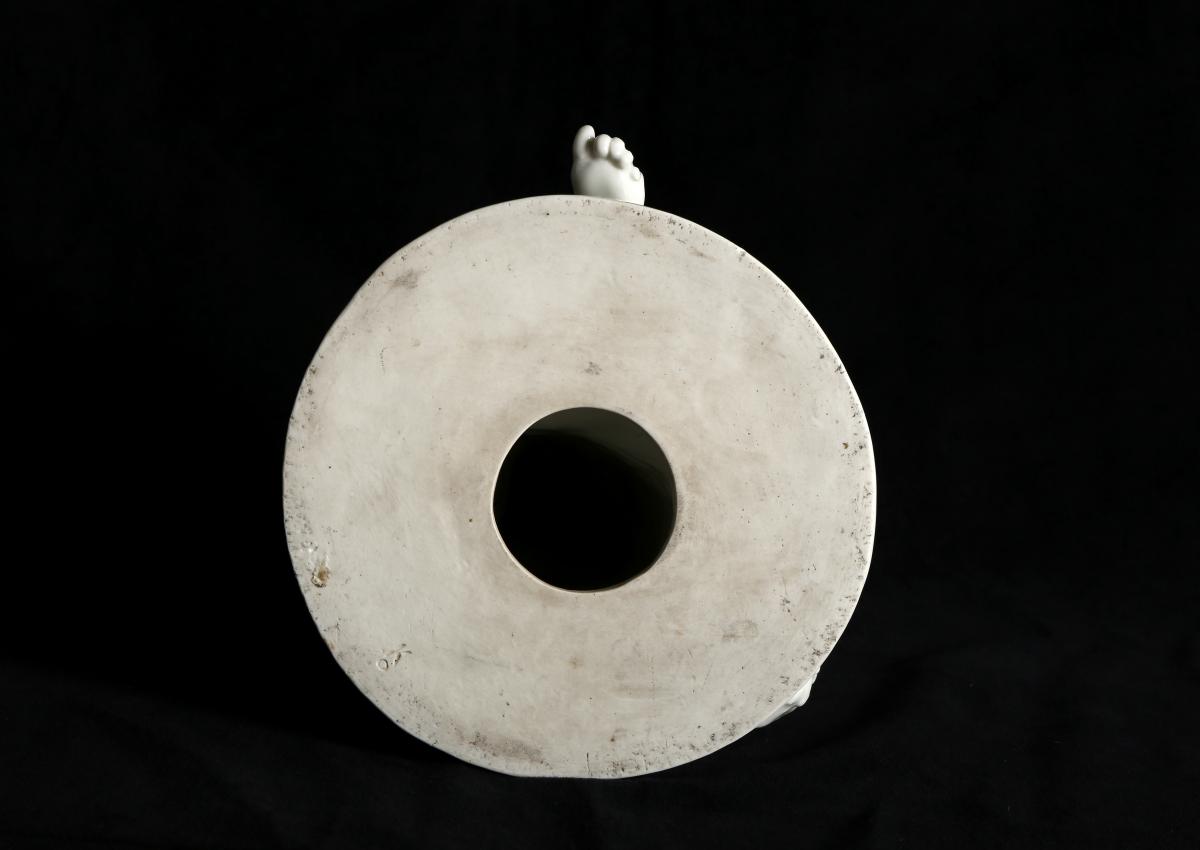 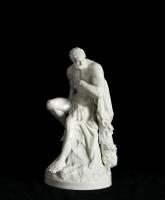 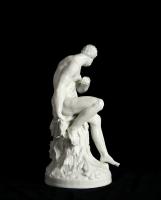 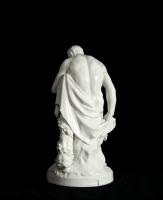 Modelled with Hercules seated on a rock draped with a cloak and the pelt of the Nemean lion, leaning on his massive club decorated with a garland of leaves.

The artist Wilhelm Christian Meyer arrived at the Berlin factory in 1766 at the instigation of his brother, the modeller Friedrich Elias Meyer who had come from Meissen during the Seven Years War. He was straight away employed by the factory.

Although his early models are not itemised in the bills, the models of Hercules and Venus are recorded in factory bills of February and March of 1769.

Minute chip to base, no restoration