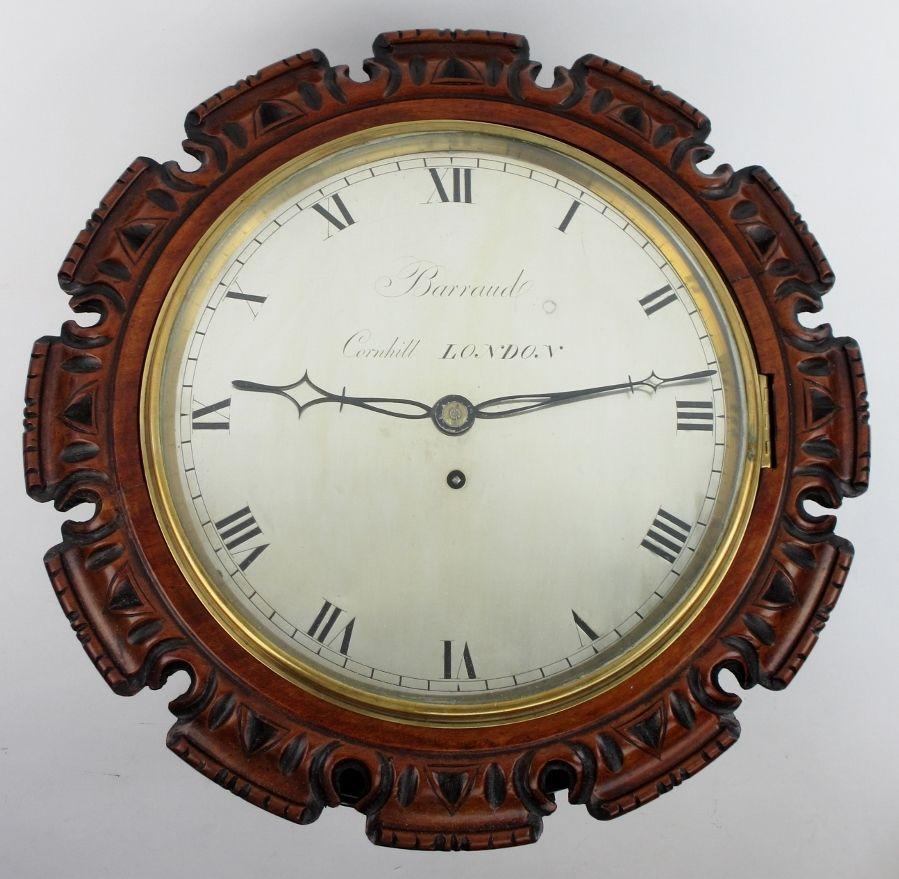 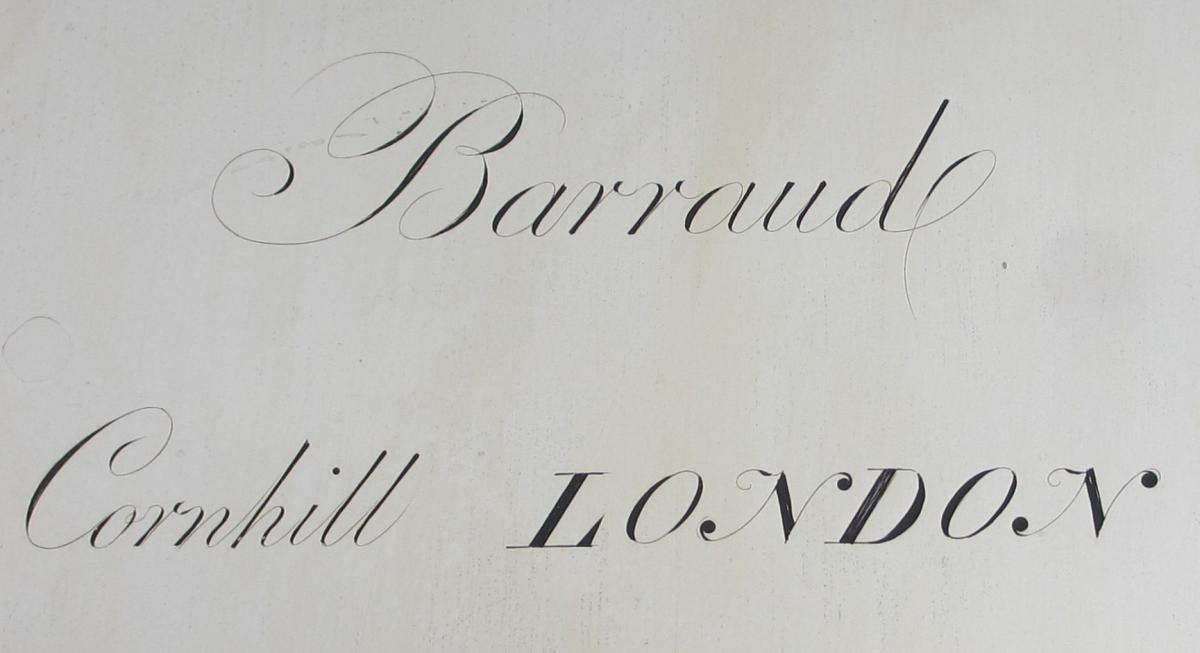 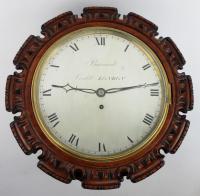 A small walnut wall clock, the round silvered ten-inch dial is engraved with black Roman numerals and the name Barraud, Cornhill, London and has blued steel hands in a style typical of Barraud at this period.

The eight-day duration, single fusee movement has shaped plates and an anchor escapement. It is signed & numbered on the frontplate by the movement maker Robson, 1026 being William Robson, a fine clockmaker who was Master of the Worshipful Company of Clockmakers in 1809, 1816 and 1818. A bracket clock made for Barraud by Robson, numbered 1020, is illustrated in the reference book Paul Philip Barraud by Cedric Jagger, where it is dated to circa 1800.

The round walnut case has carved decorative moulding to the surround and cast brass bezel.

Paul Philip Barraud (born 1752) was to become a fine chronometer maker, although whether he was more a designer with others completing the work at the bench or a practical man is a matter of discussion. A fair number of members of his family joined him in the business including his sons Frederick Joseph Barraud, born 1785 and a Freeman of the Clockmakers Company in 1806 and John Barraud, born 1790 and a Freeman in 1813, both of whom were quite probably running the Cornhill business from circa 1816, alongside Paul Philip until his death in 1820. The Barraud story is far to long and complex to relate here and reference should be made to Cedric Jagger's publication on this horological family.