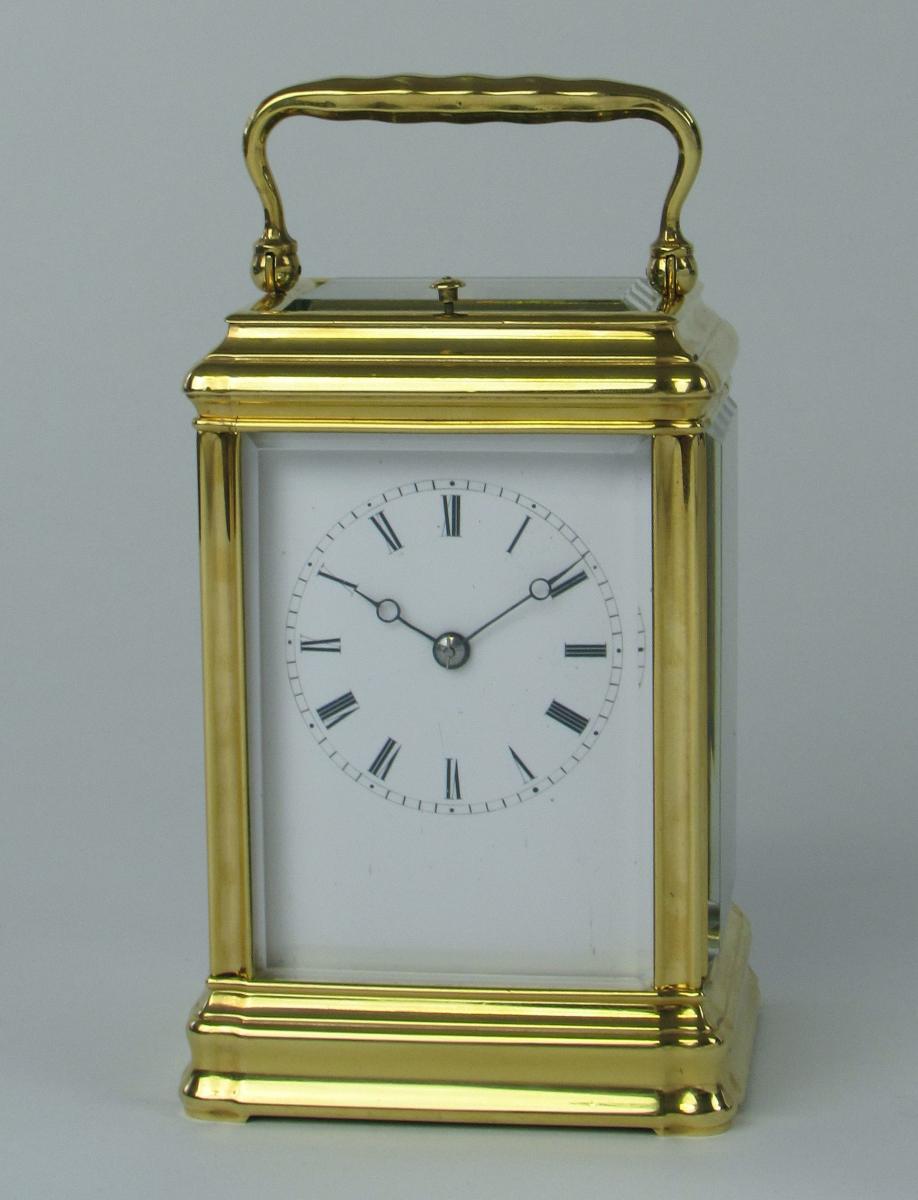 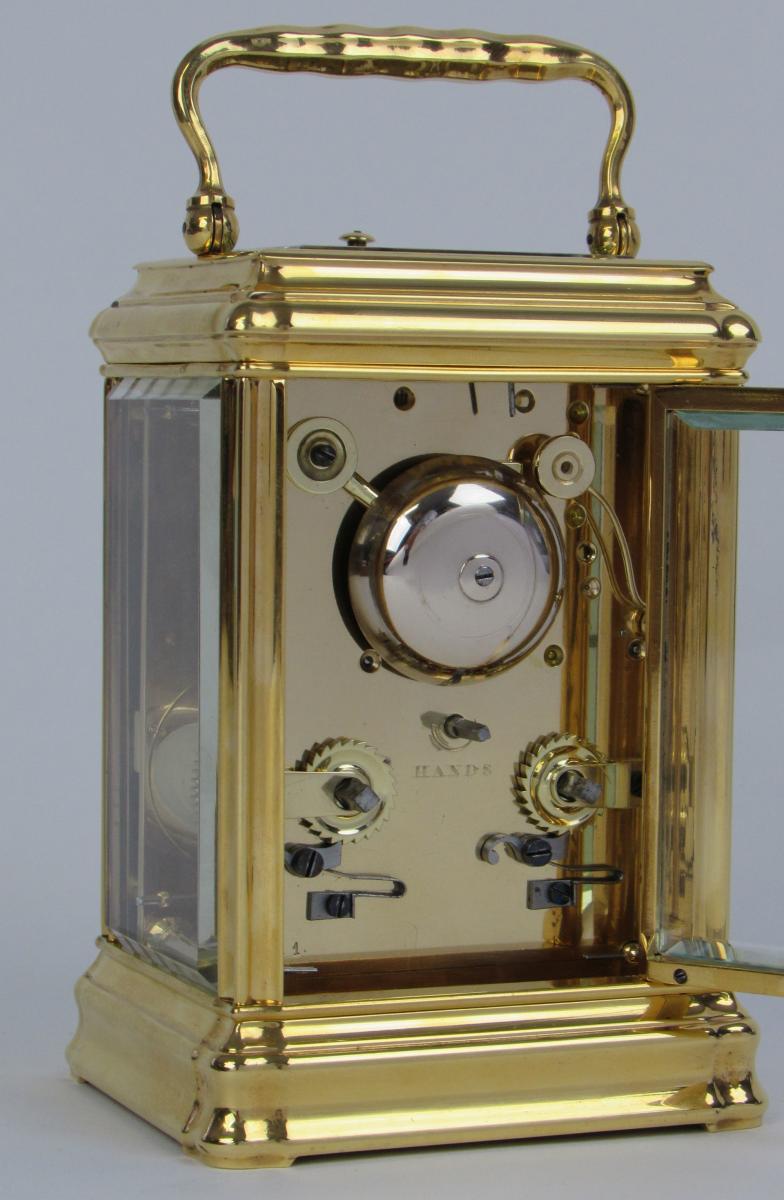 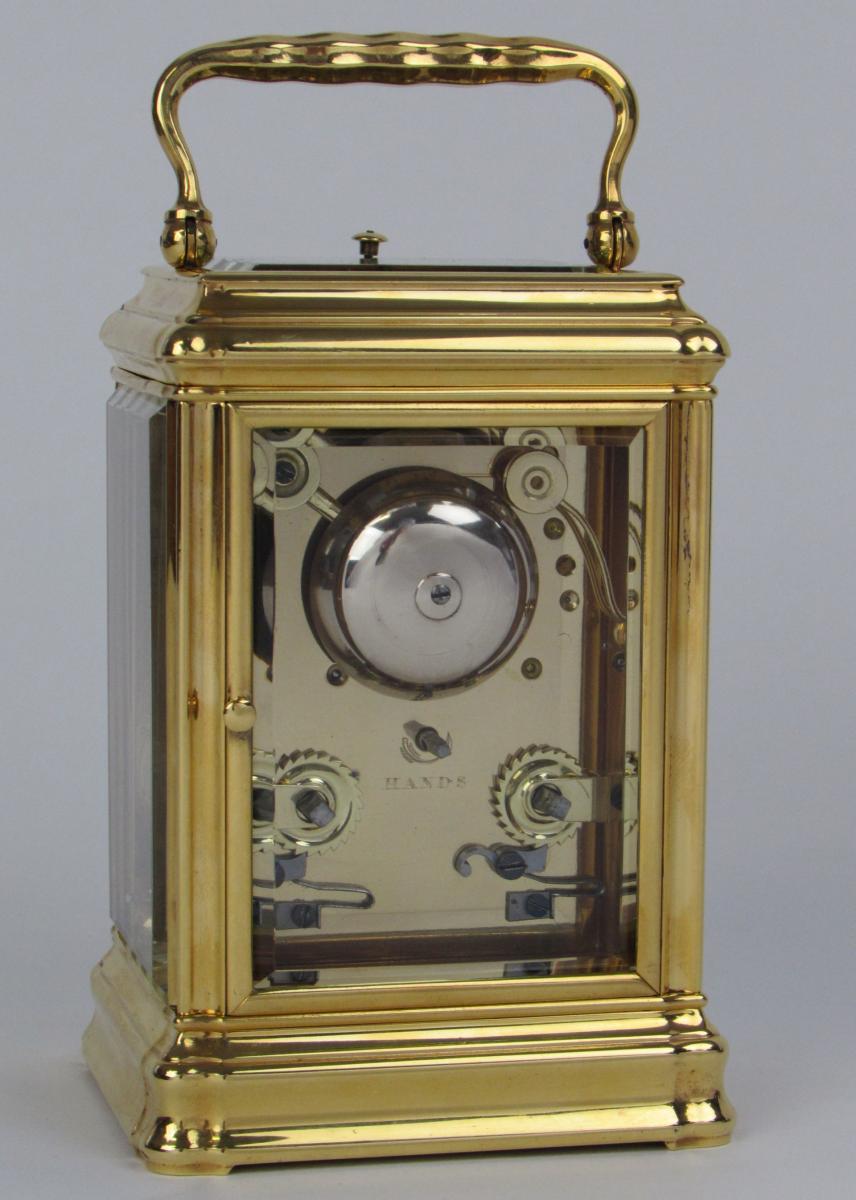 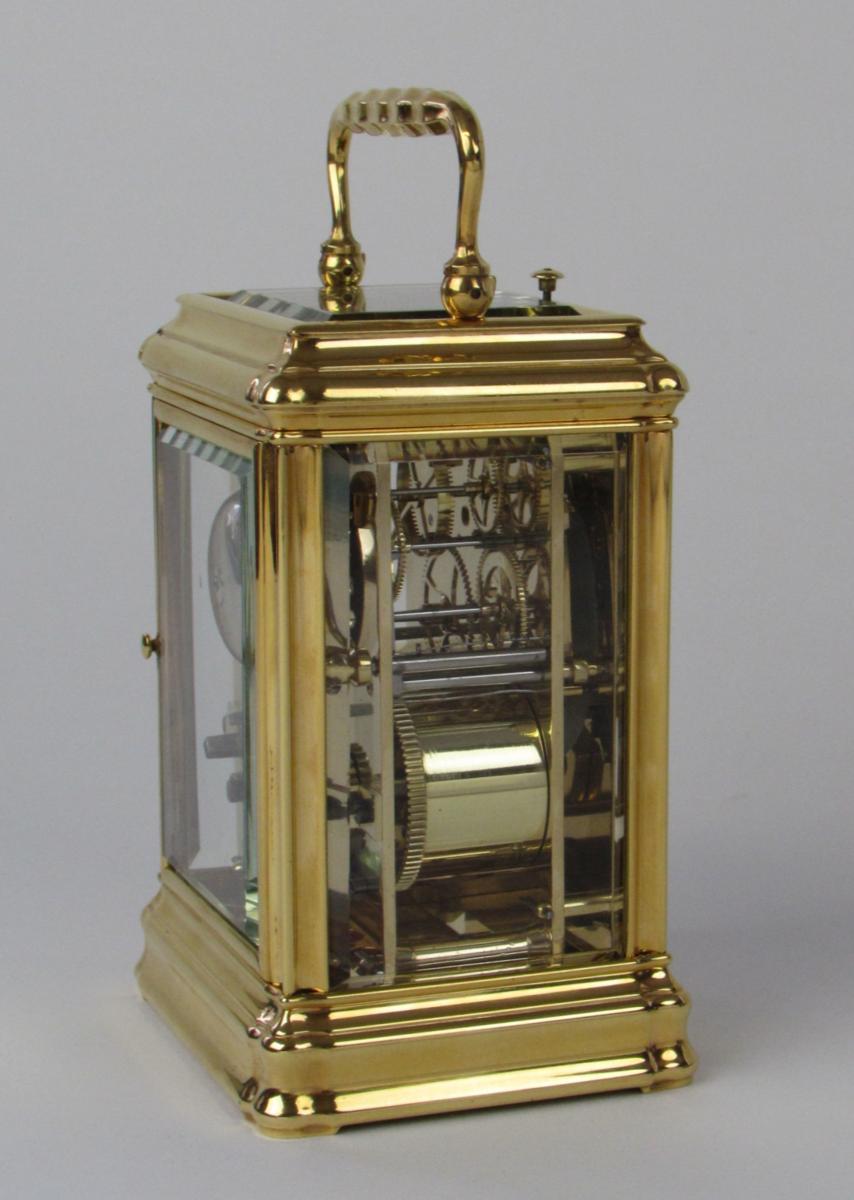 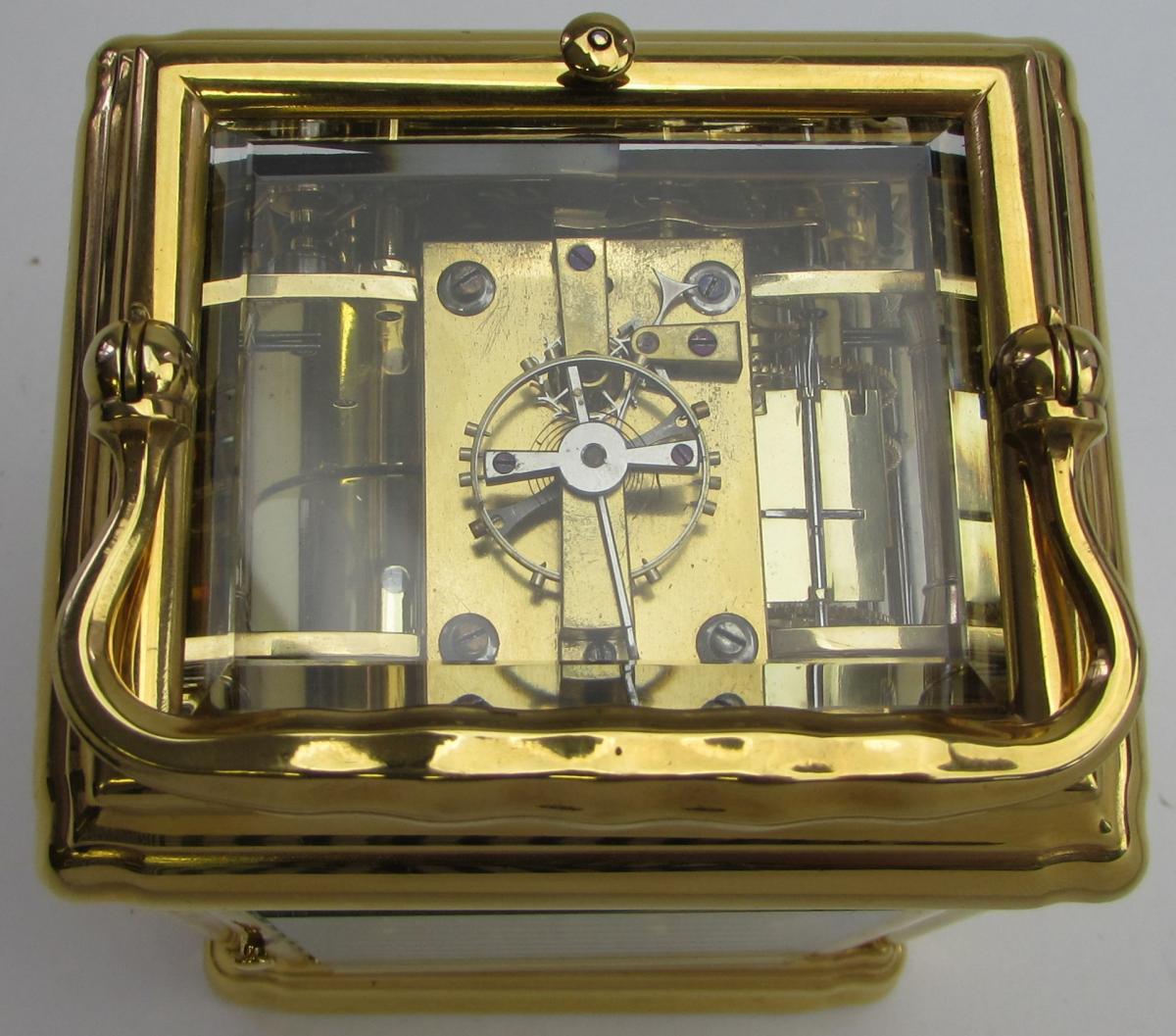 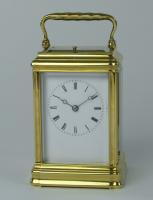 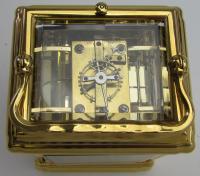 A gilded brass gorge cased carriage clock by Holingue frères. The eight-day duration movement strikes the hours and half-hours on a bell with a push repeat button to the top of the case and has a matt gilt-brass platform lever escapement in a layout typical of this maker, with a club-tooth 'scape wheel and numbered to the underside with the escapement maker's serial, number 3984. The backplate is stamped with typical Holingue/Drocourt markings along with the serial number 2311, whilst the inside of the movement plates is stamped with the roulant blanc (rough movement) number 8642; both numbers corresponding to the correct Holingue/Drocourt sequence, with the front of the frontplate stamped H.L. for Holingue.
The white enamel dial has black Roman hour numerals, dots on the outer aspect for each five-minute interval and blued steel moon hands. The rear of the dial is signed for the dialmaker Adolphe Mojon, more details of whom can be found in the Drocourt Exhibition catalogue of 2014 accessible through my website.
The gorge case is typical in style of those used by this maker with the more squat five-bail handle as opposed to that used by Jacot. 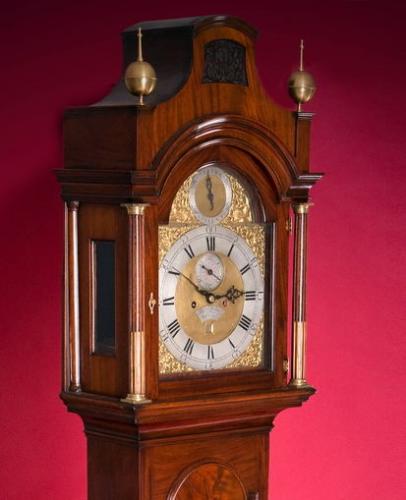 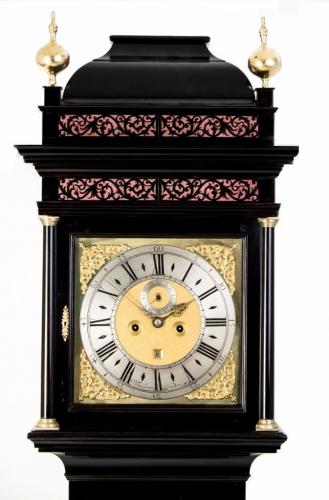 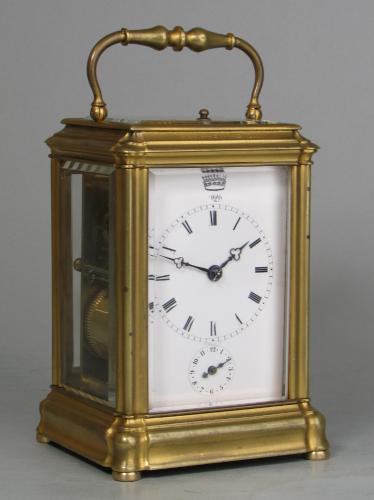 Moser: A Rare Carriage Clock made for the London Exhibition of 1855
Leigh Extence
View all from this dealer