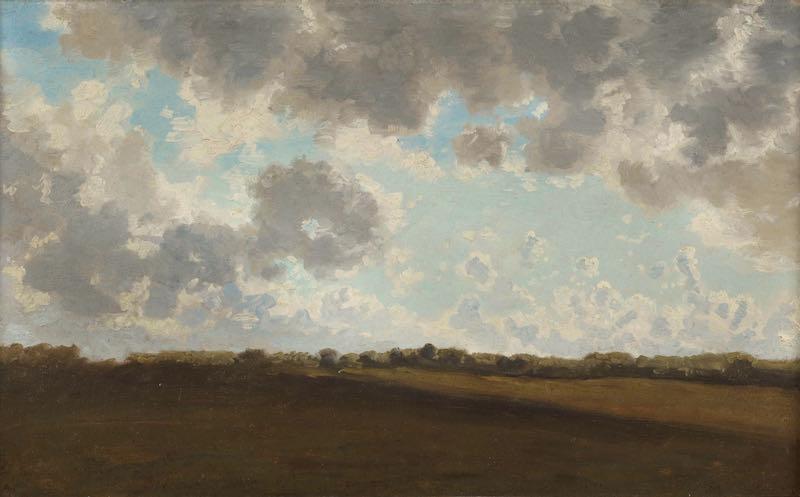 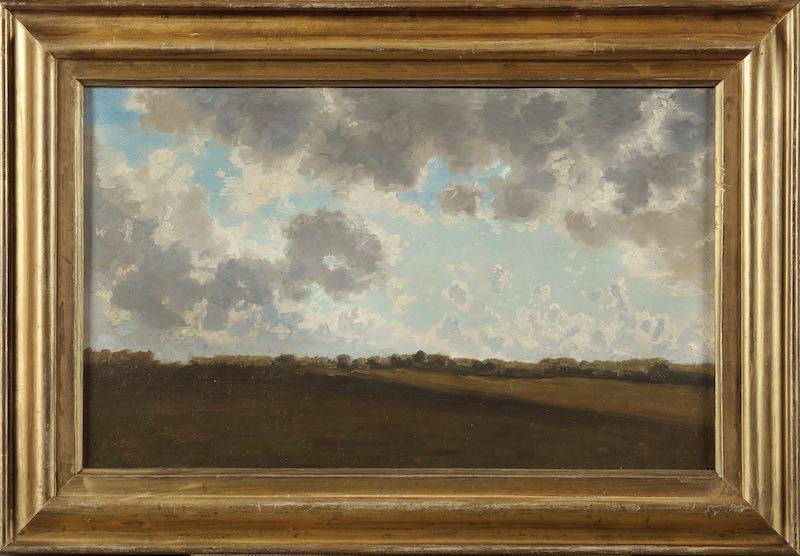 Oil on paper laid down on canvas, inscribed with title on studio sale label attached to stretcher: Etude de ciel/Berry, further inscribed on a second later label: ARTUS/99/Étude De Ciel, stamped with the artist’s seal on the stretcher.

This sky study was done in the Berry region in the Loire Valley. Pin marks can be seen in the lower corners of the paper on which it is painted.

The son of a painter of Greek origin, Auguste Paul Charles Anastasi was a pupil of Paul Delaroche and Camille Corot in Paris in the1840s. He began his career painting landscapes in the forest of Fontainebleau, joining the Barbizon school group.

Anastasi regularly exhibited at the Paris Salons in 1850s and 1860s, showing landscapes of the countryside around Paris, Normandy, the Roman Campagna and Naples. He also worked as an engraver. In 1870 Anastasi became blind.

His work can be found in many museums including the Musée d’Orsay, Paris and numerous French regional collections. 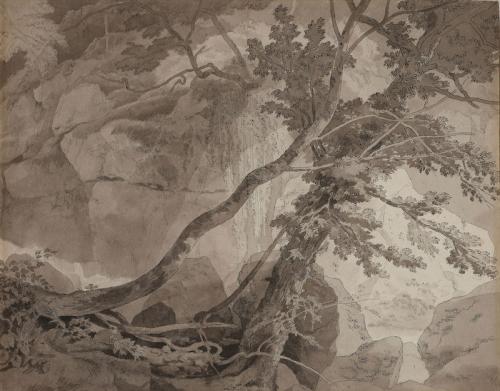 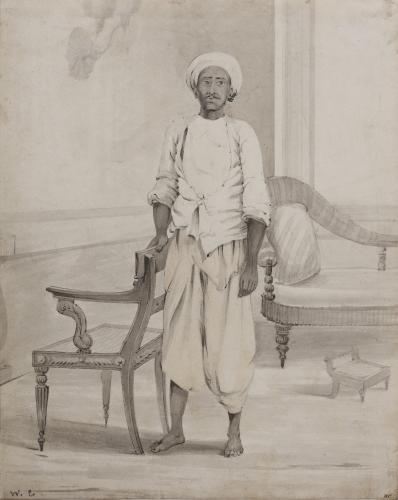