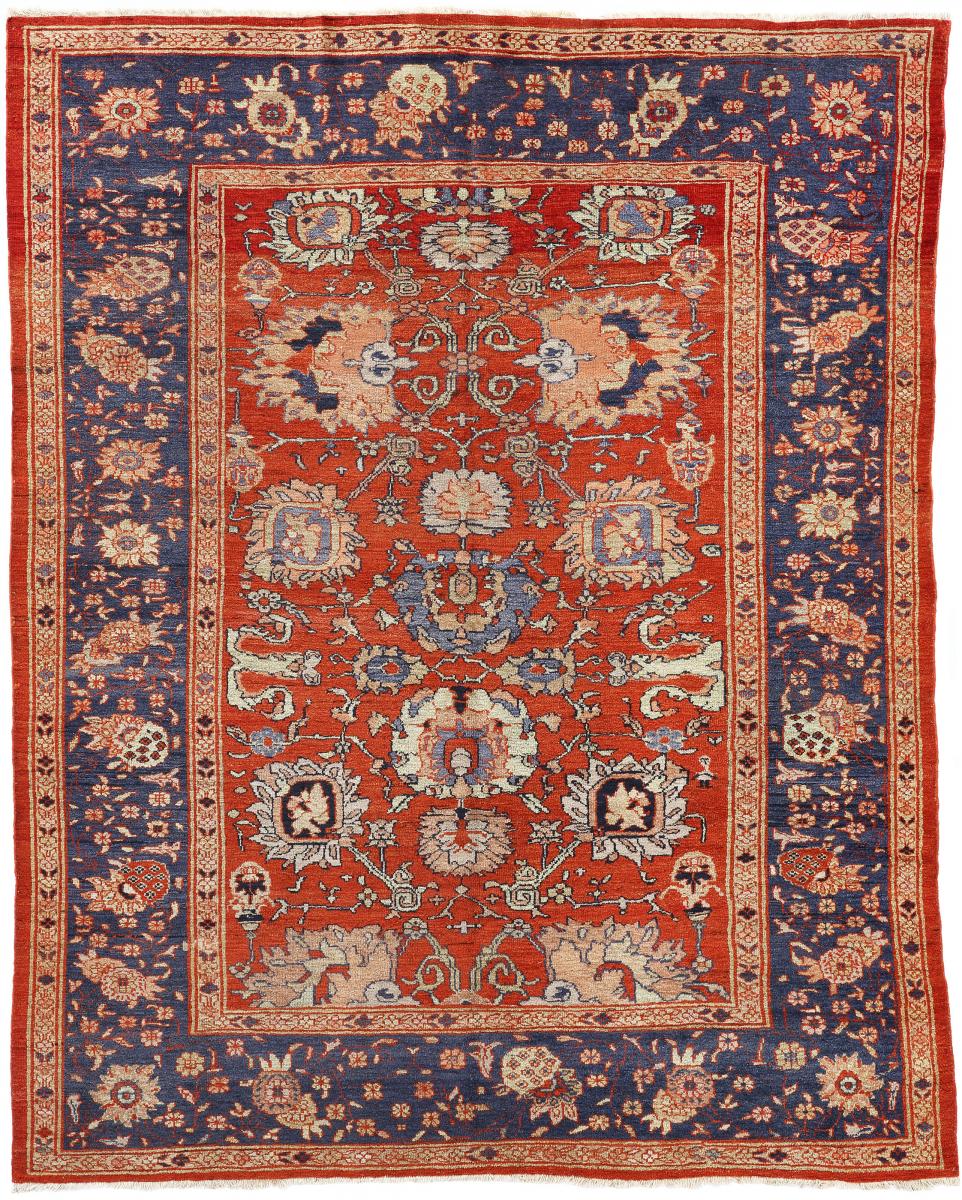 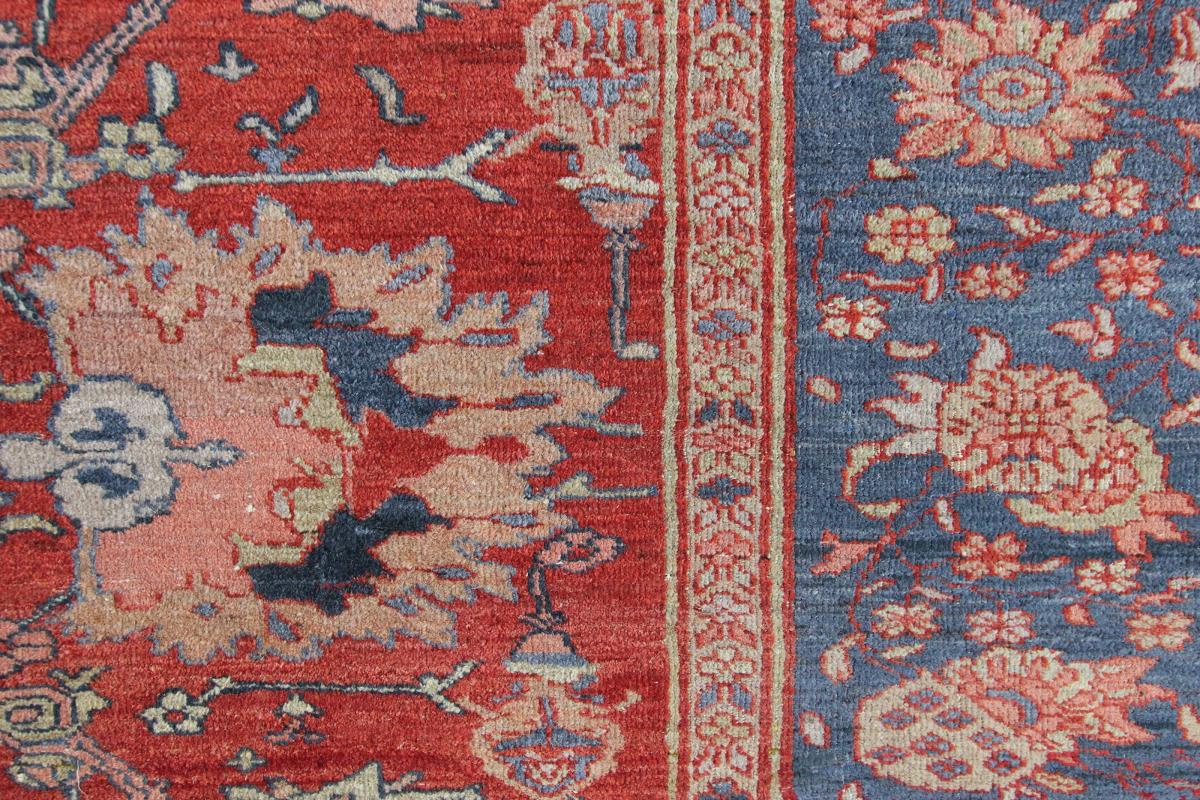 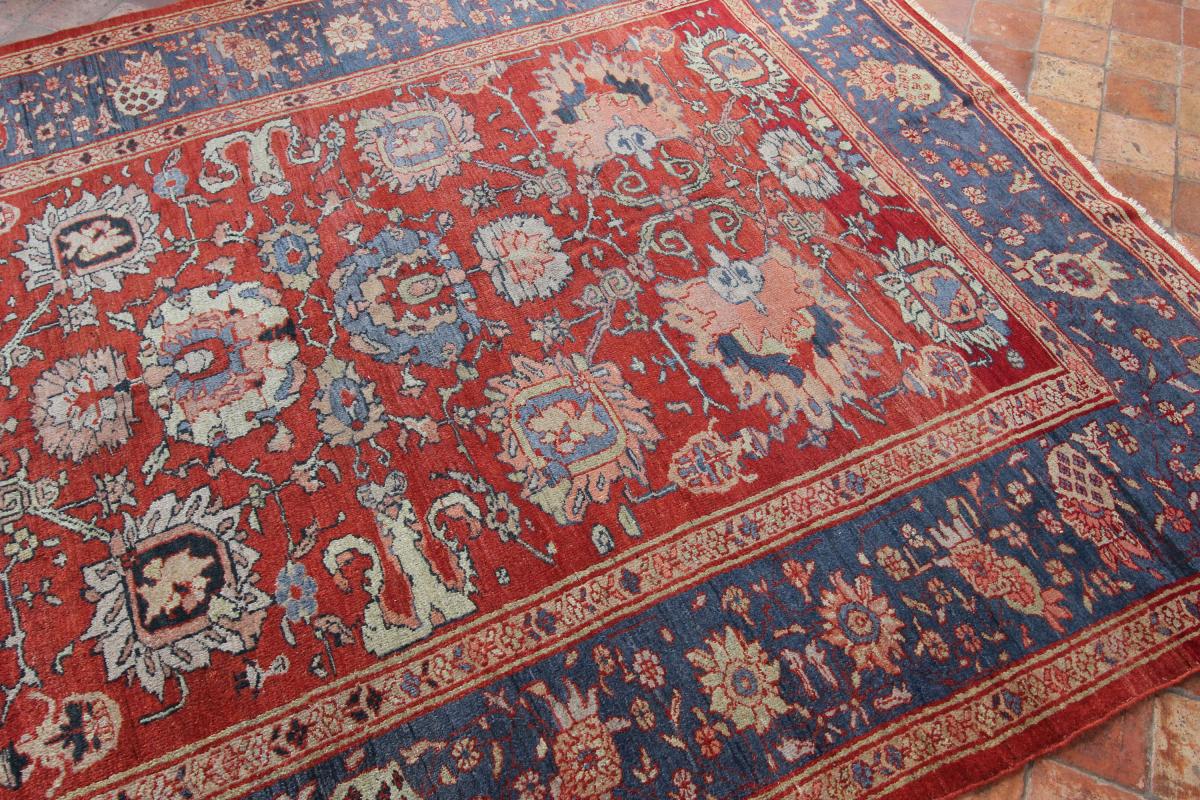 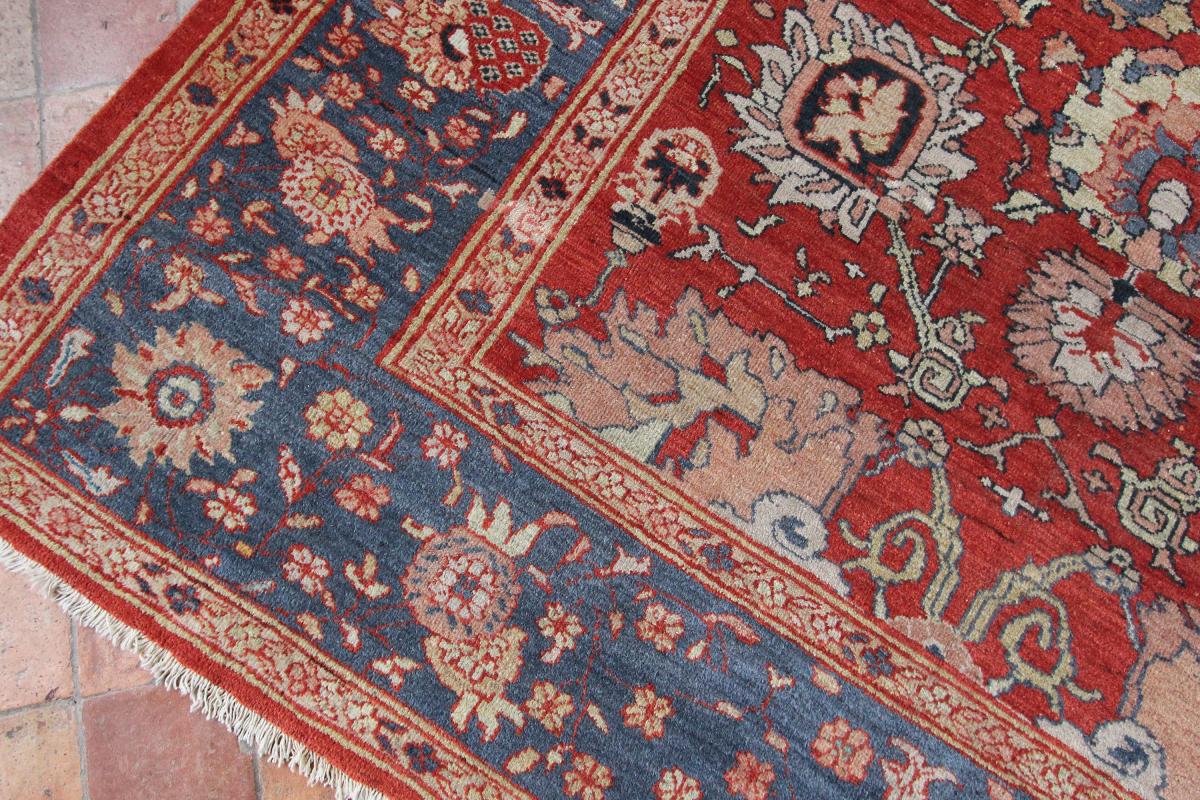 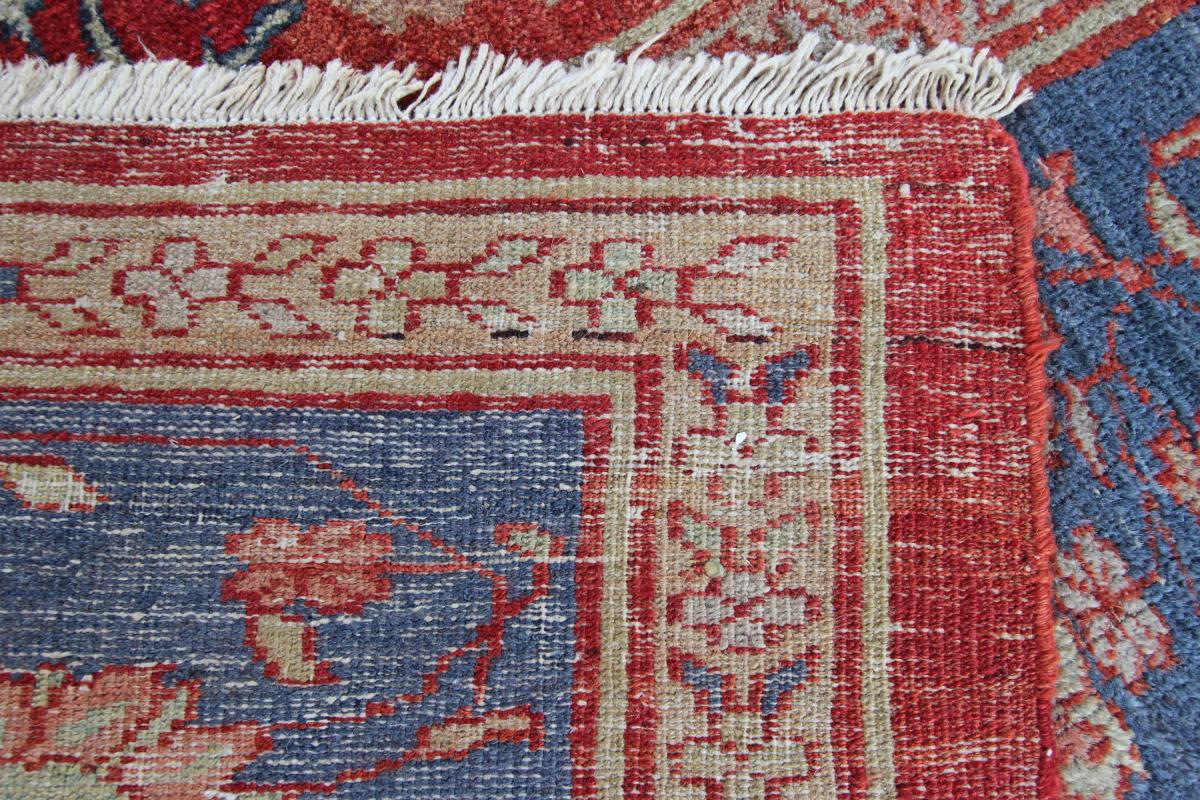 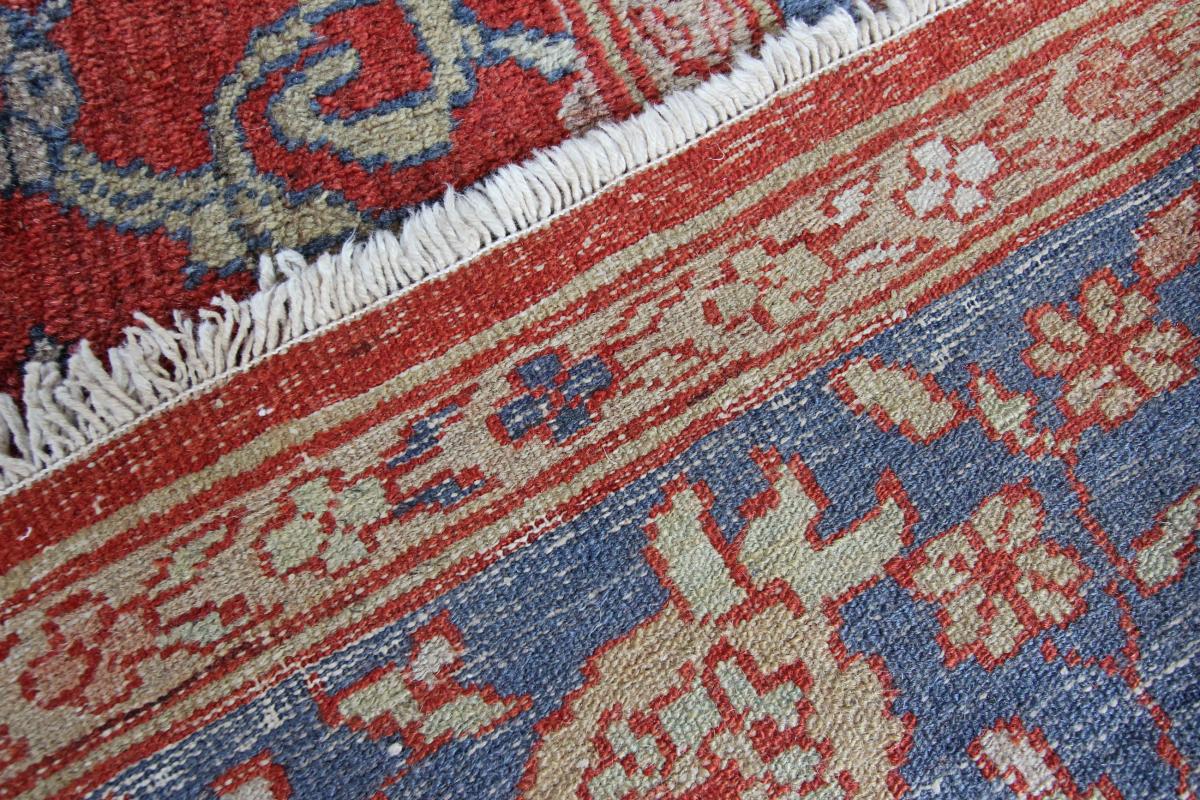 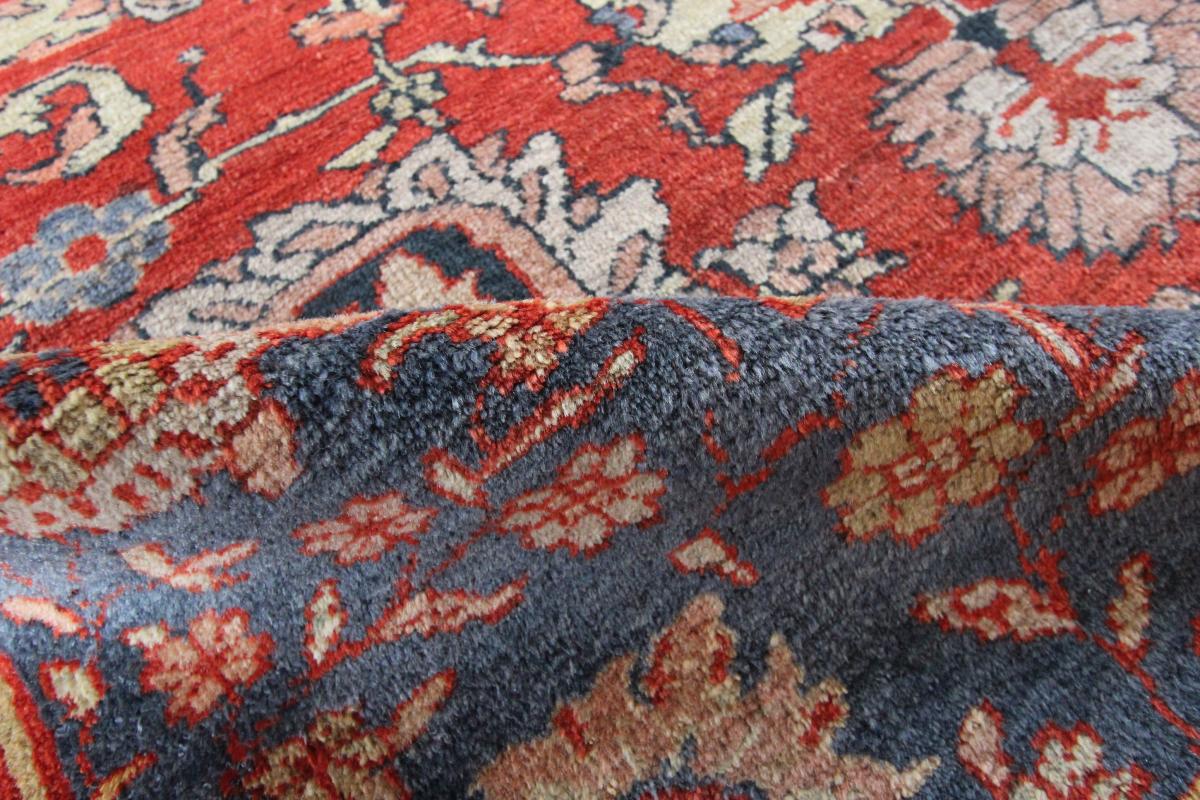 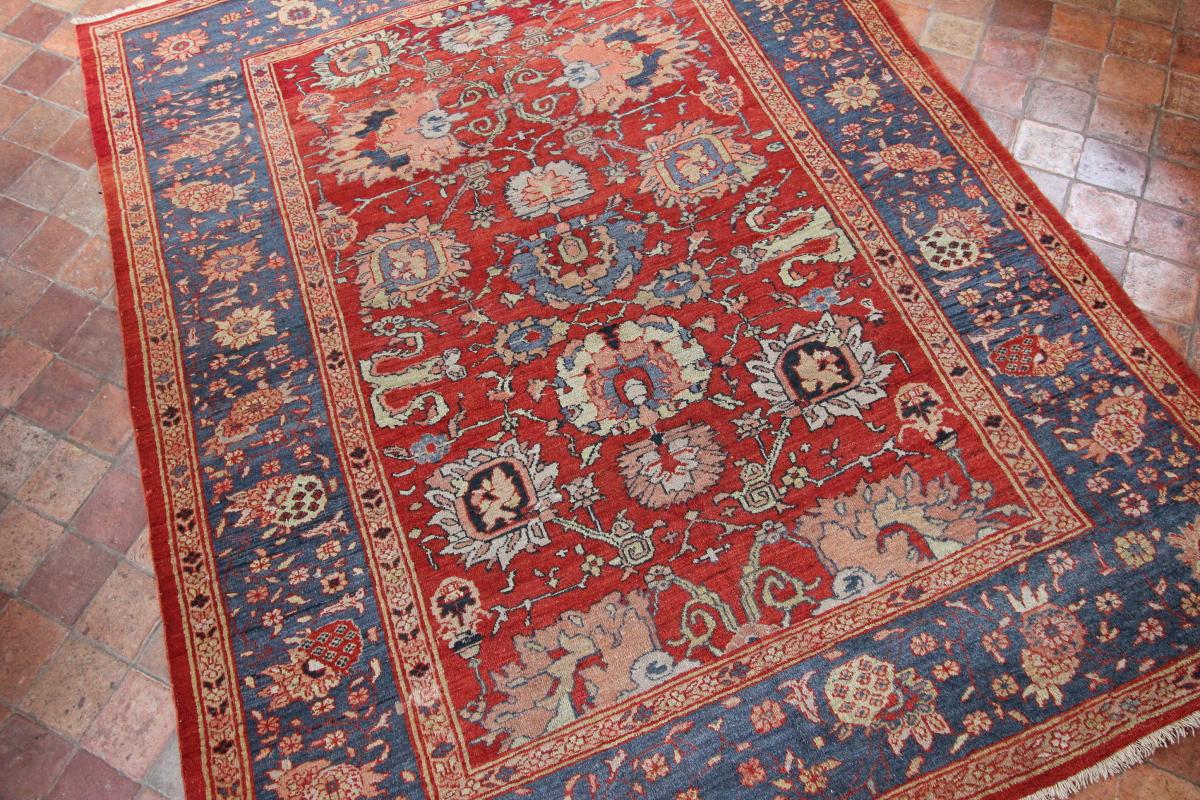 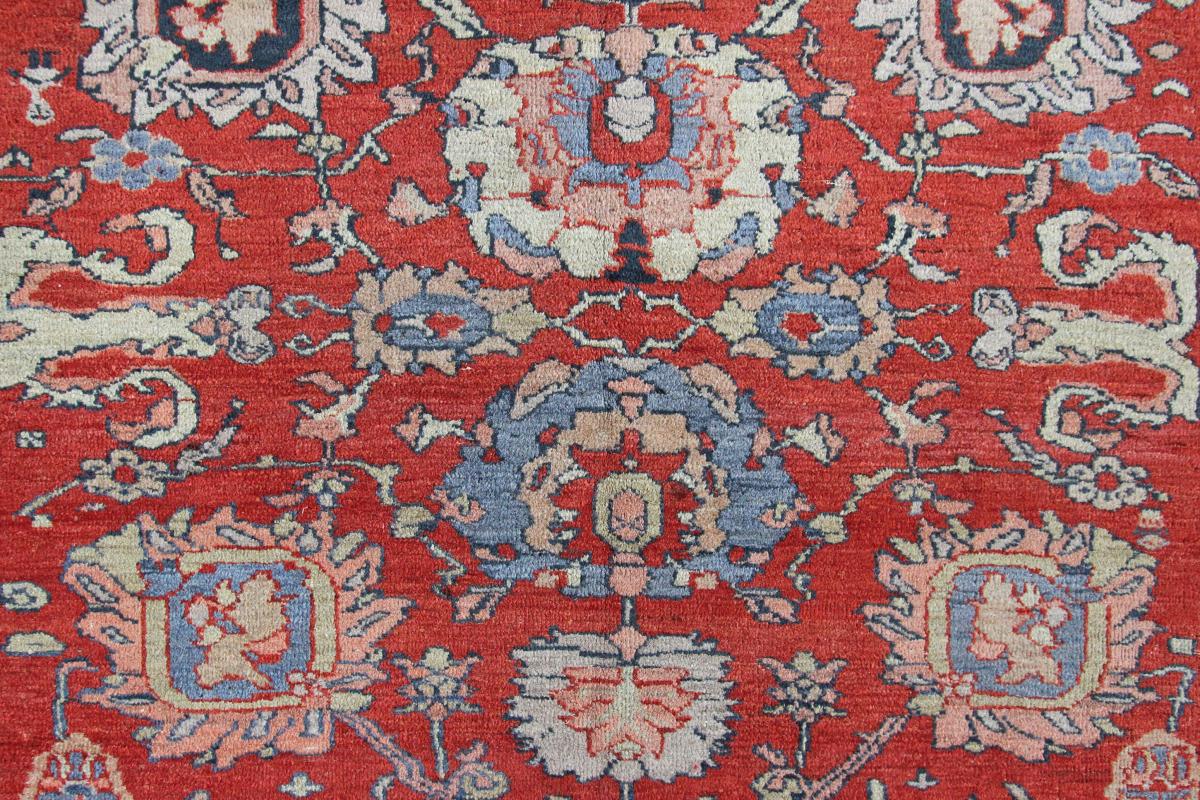 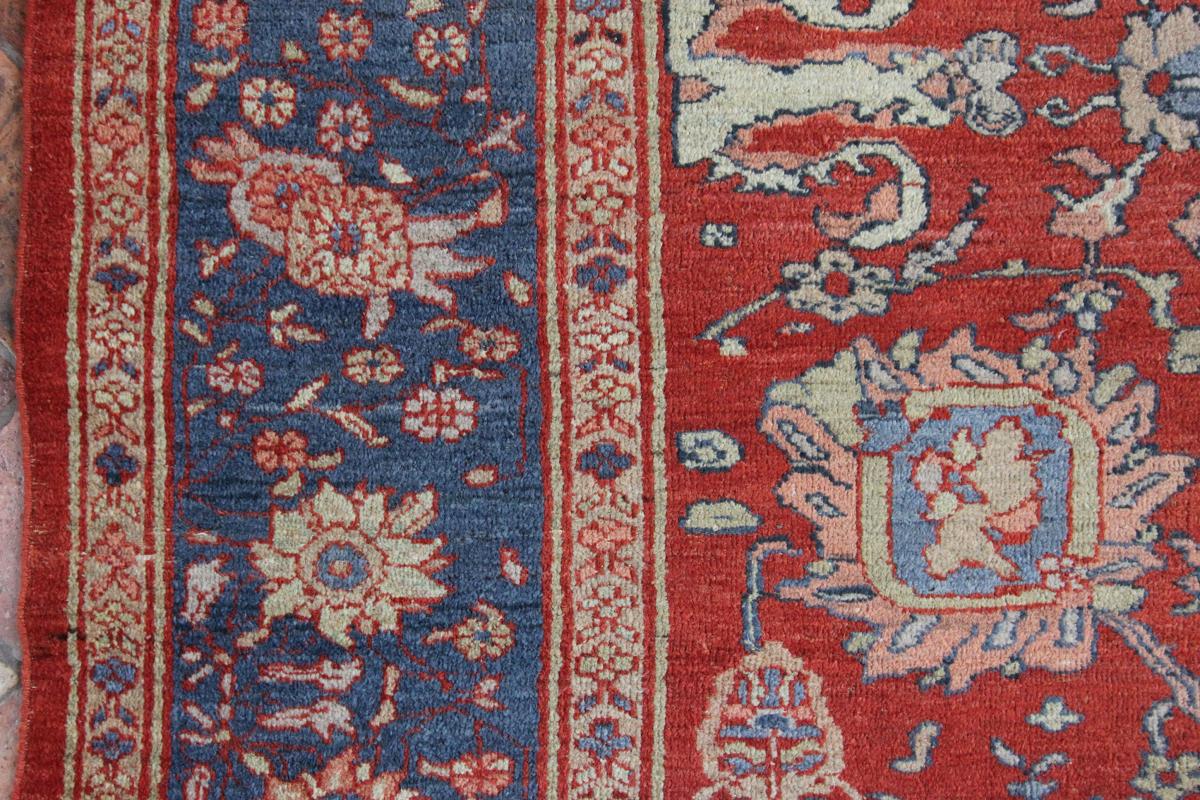 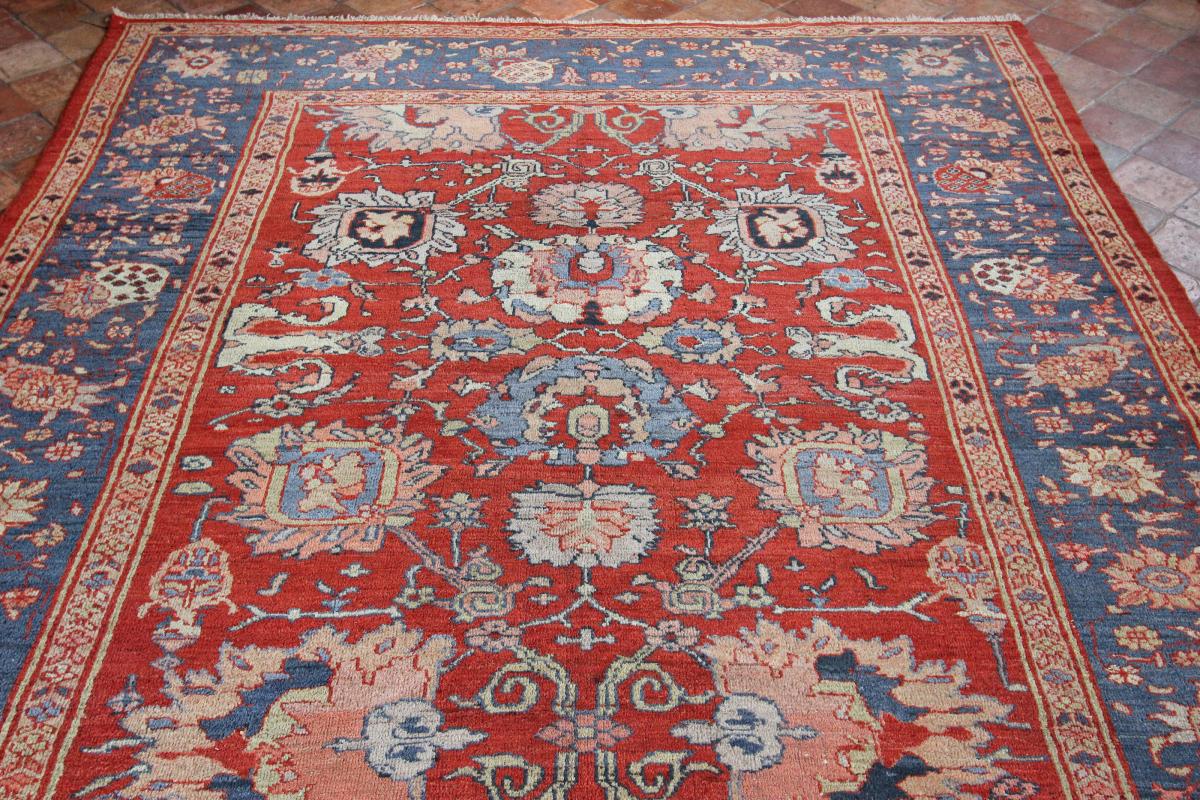 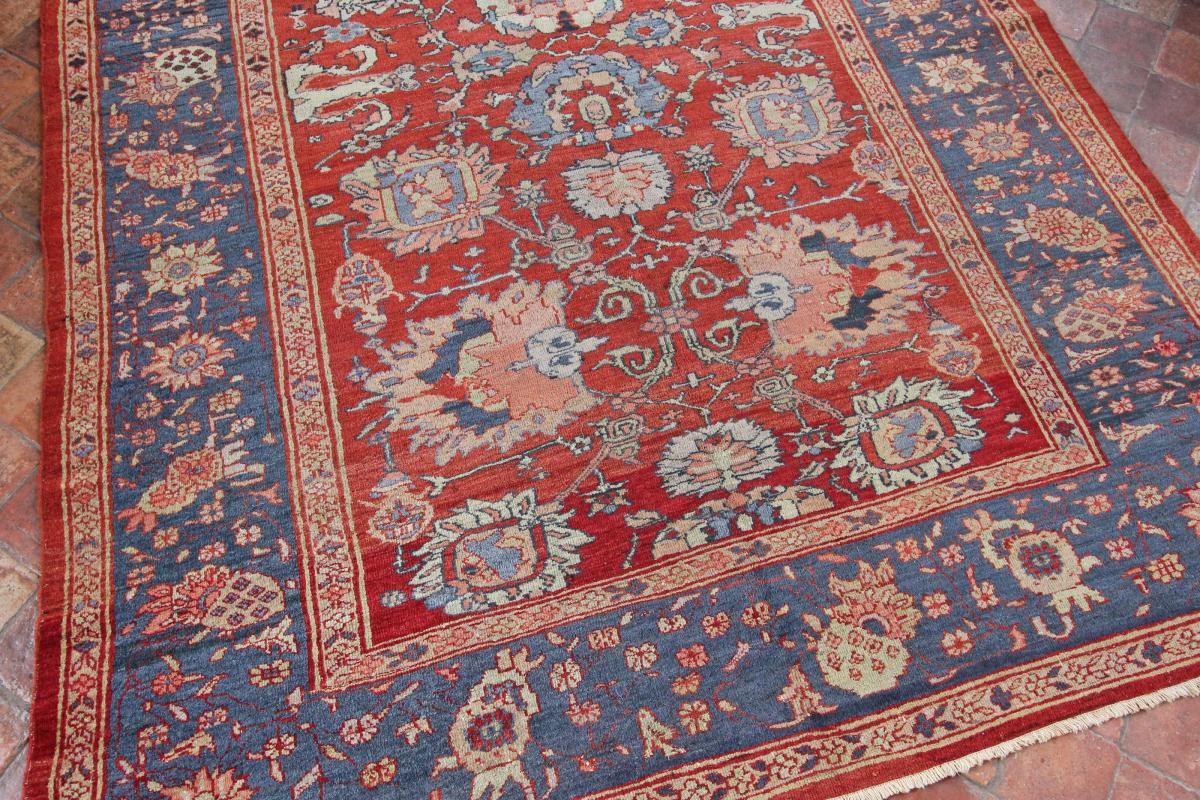 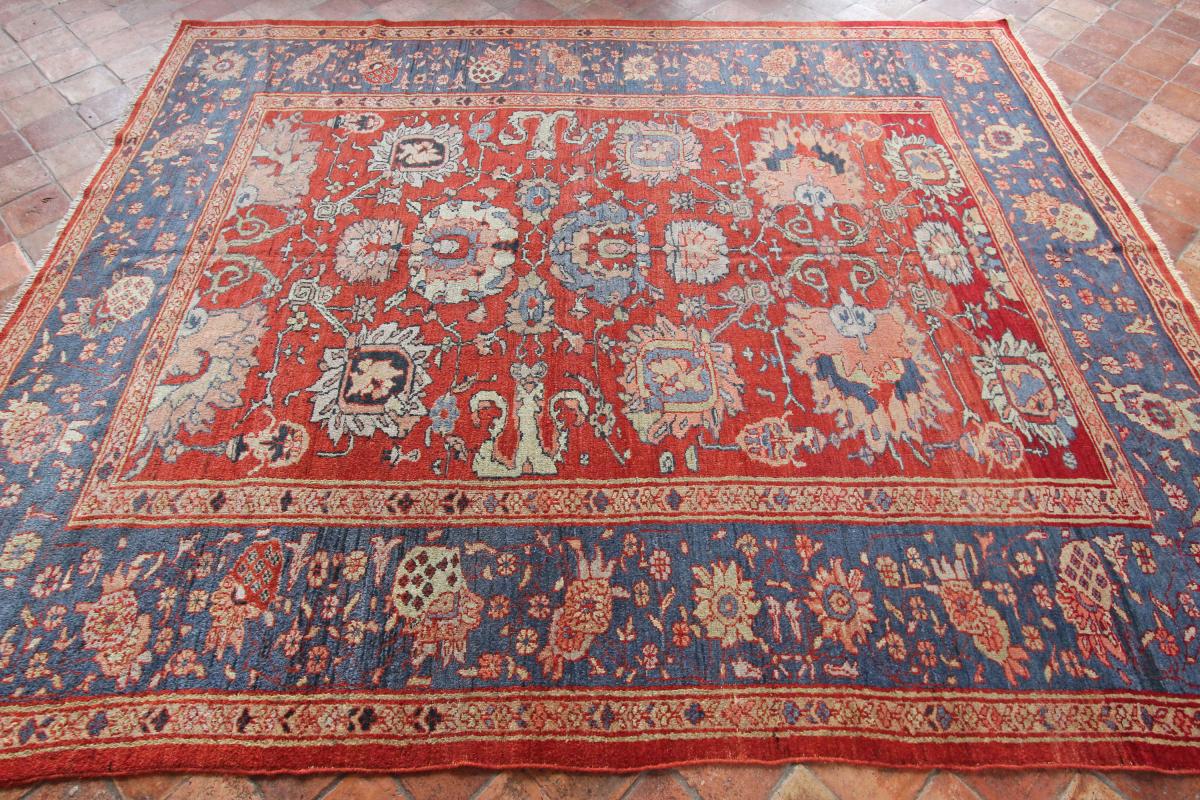 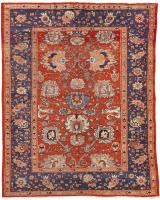 A very rare small size and near perfect condition carpet from the famed and world renown Ziegler & Co workshop in Sultanabad, Persia dating from the late 19th century.  The wool pile is in remarkable original condition retaining its saturated natural colour and is prominent all over this beautiful example of important Persian weaving.

The classical all over design is beautifully drawn using an elegant combination of colours and floral palmettes surrounded by leaves which made Ziegler & co workshop carpets so revered and desirable by collectors and designers alike.  The abrash, which is the term for dye change in the border is delightful with the variety in pale indigo blues changing from light to dark throughout and amplifies the character of this late 19th Century piece. The main field colour is a muted soft red tone which balances the soft pinks and hints of yellow creating a calm and exquisite decorative carpet.

Ziegler rugs developed an almost immediate following in the late 19th Century, especially among early collectors which included the Guinness family, who laid them in Elveden Hall, their Suffolk estate. Ziegler carpets are one of the only types of Persian carpet which were influenced by western designs and have become one of the most sought after carpets in the world today.

Request a home visit to view this stunning antique Ziegler carpet in situ at a convenient time.