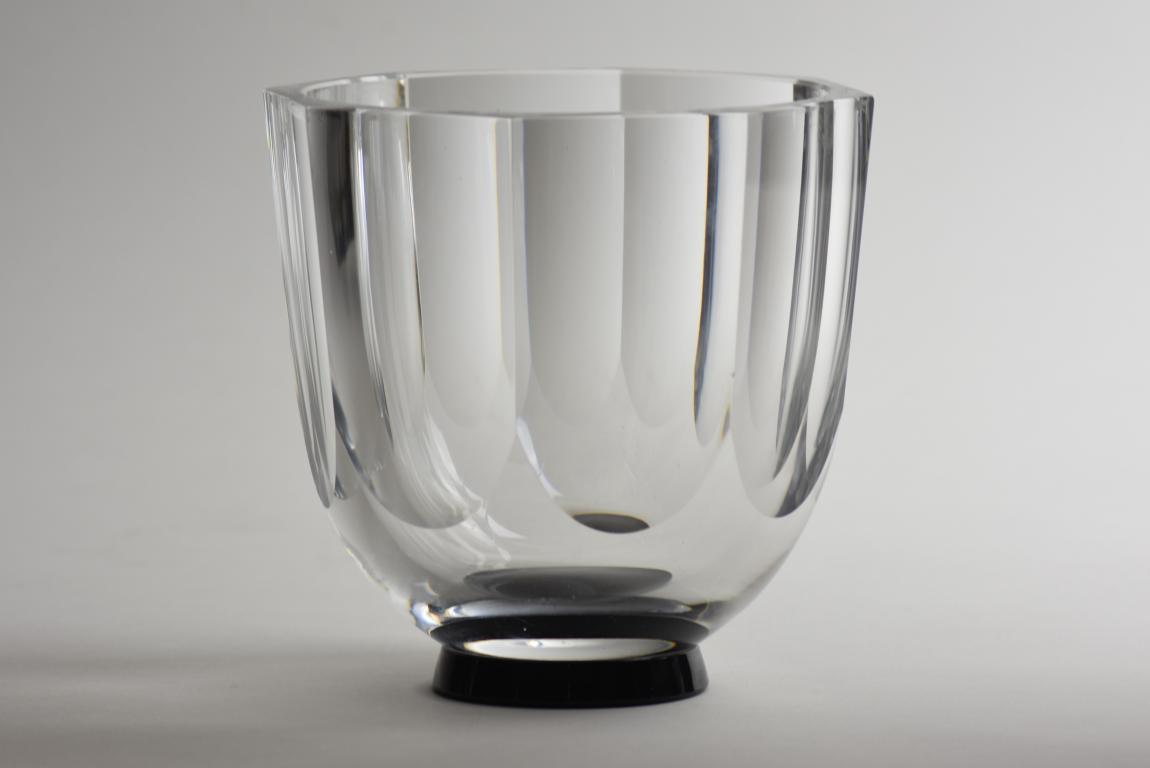 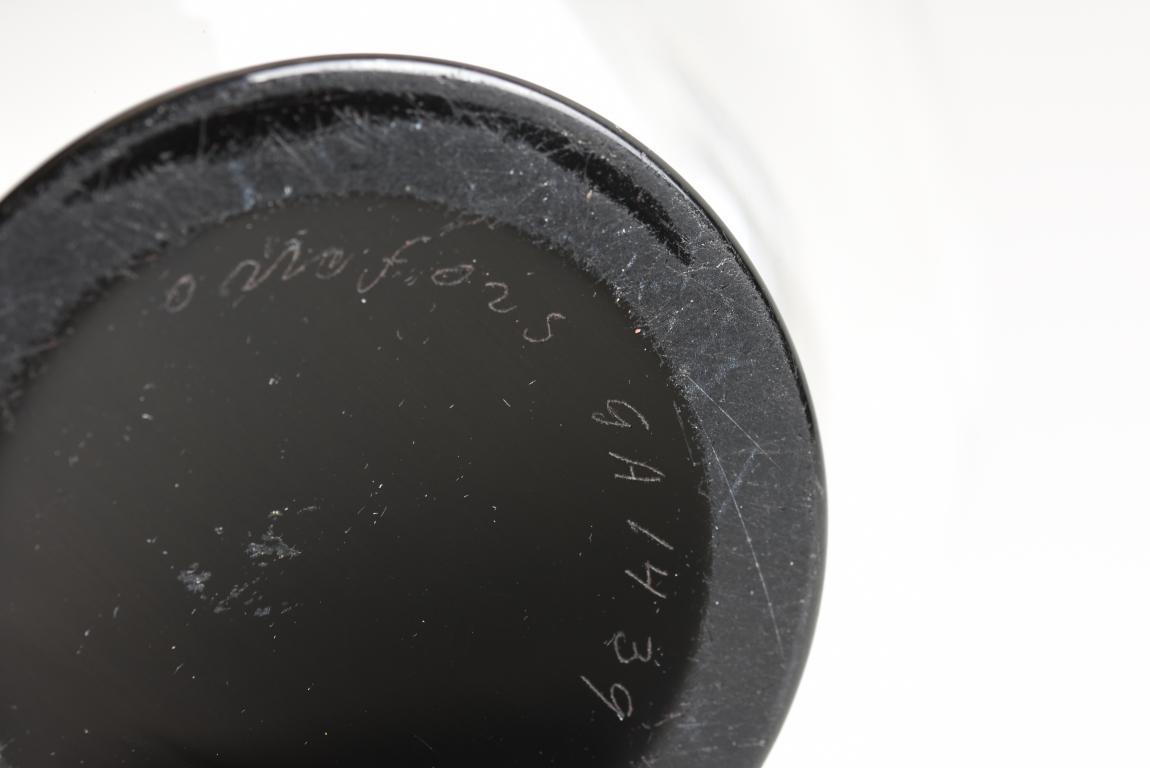 Art Deco Swedish Art Glass vase designed and made by Simon Gate for Orrefors. This striking art deco vase 8 sided vase is beautifully shaped and comes down to a black foot.

It stands at 15 cm tall and is a beautiful example of the talent and skill of Simon Gate who was one of the iconic Swedish glass designers. Engraved mark to the base Orrefors LG 1439 which dates the piece to c 1935.

Excellent original condition this piece would enhance any home or design scheme. A useful and beautiful piece

Gate studied 1902-1905 at the Higher School of Art and subsequently 1905-1909 at the Academy of Fine Arts. He first worked as a portrait painter before turning to glass art.

Simon Gate came to Orrefors glassworks in 1916. Before that, he was a book illustrator and portrait painter. Together with Edward Hald, who was employed in 1917 at Orrefors, he contributed to the company’s first heyday.

Simon Gate, the managing director Albert Ahlin and the master blower Knut Bergqvist experimented with over glass. Based on this technique, Knut Bergqvist created the summer of 1916 so-called Grail glass.

From 1917, these were designed by Simon Gate in collaboration with Knut Bergqvist. Today, the Graal glass from Orrefors belongs to the most sought-after art glass pieces in Sweden and the world.

Together with Knut Bergqvist he also created the so-called the slate glass in dark green or brown colors, which were also not produced in series and which in recent years received a lot of attention in collectors / antique / art circles.

Gate was also known for its magnificent engraving compositions from Orrefors. He decorated his urns, vases and trophies with feasts, dancing women and other life-giving motives.

At the World Exhibition in Paris in 1925, his and Edward Hald’s works got their international breakthrough and Orrefors’s world reputation. The term “Swedish grace” was coined in England as the Swedish variant of art deco.

The artists Gate and Hald, as well as the two Kosta-educated master brothers Knut and Gustav Bergqvist, became a creative melting pot in Orrefors, which strongly contributed to the Swedish glass kingdom’s world fame.