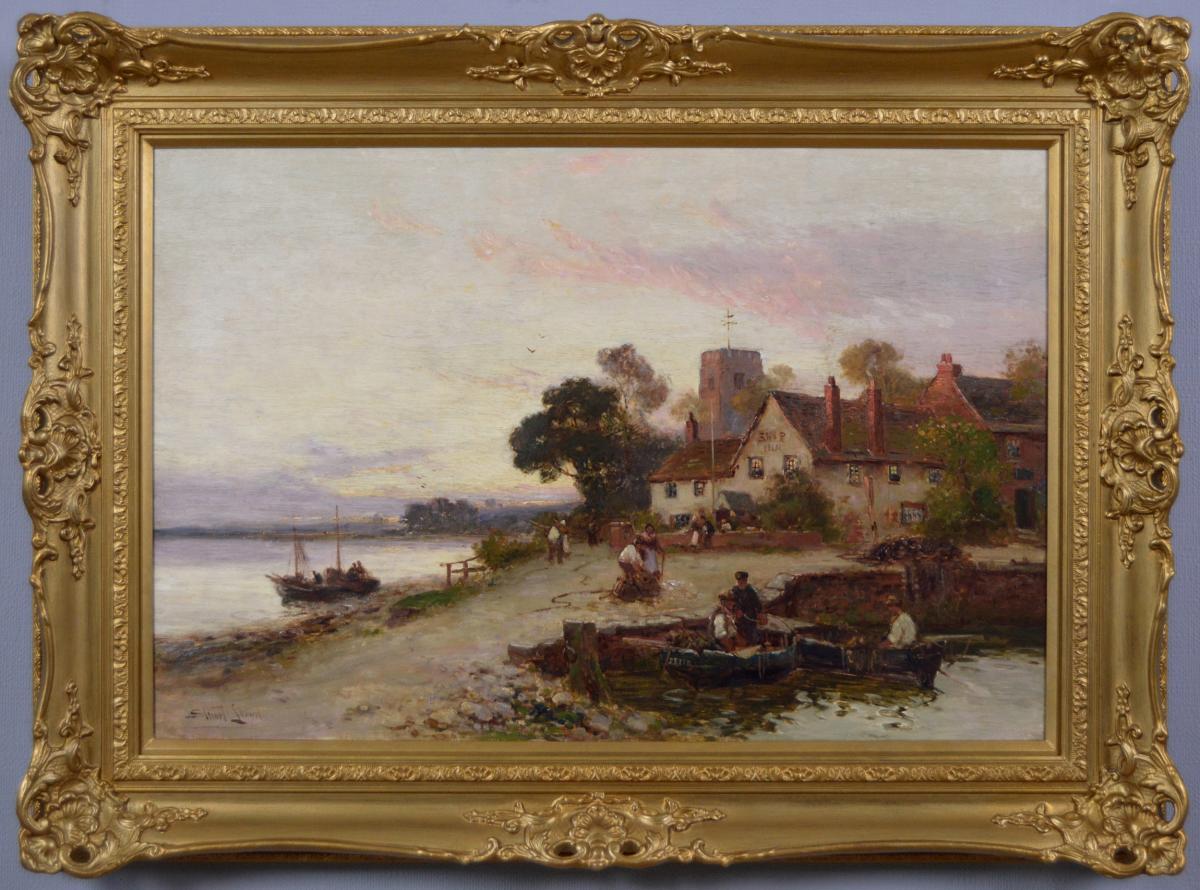 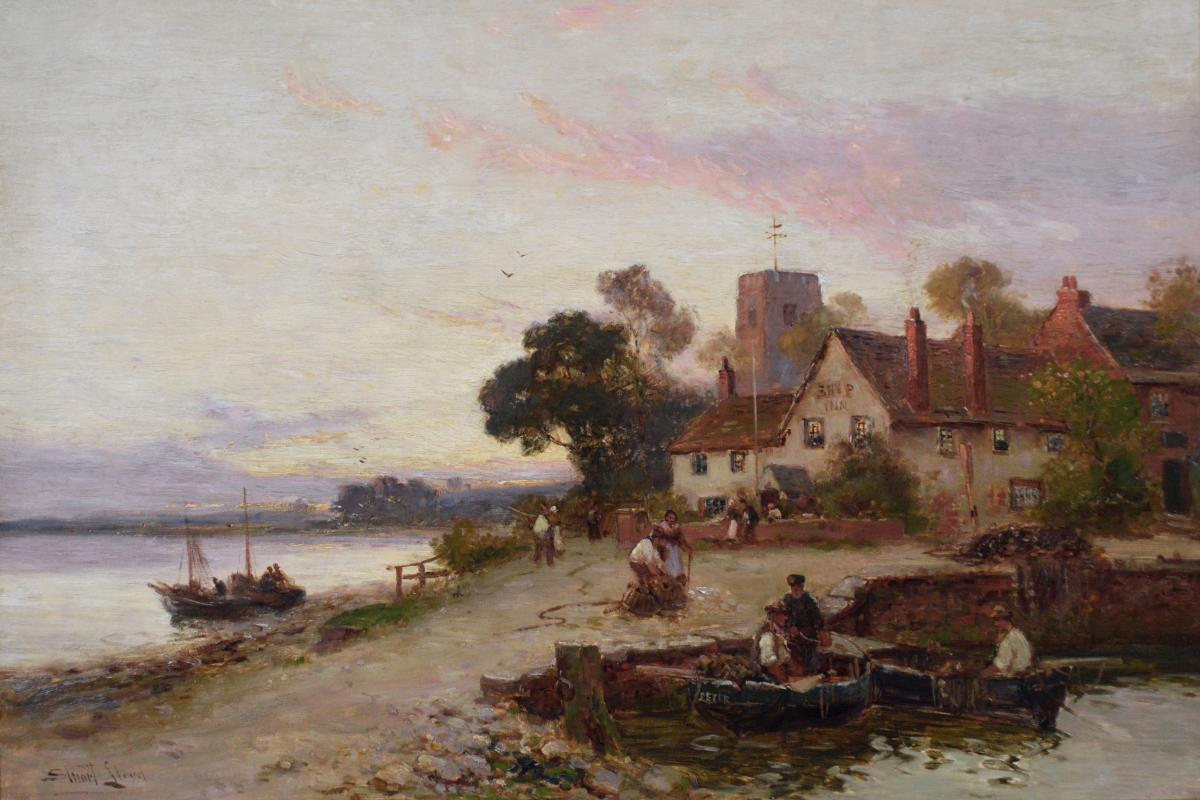 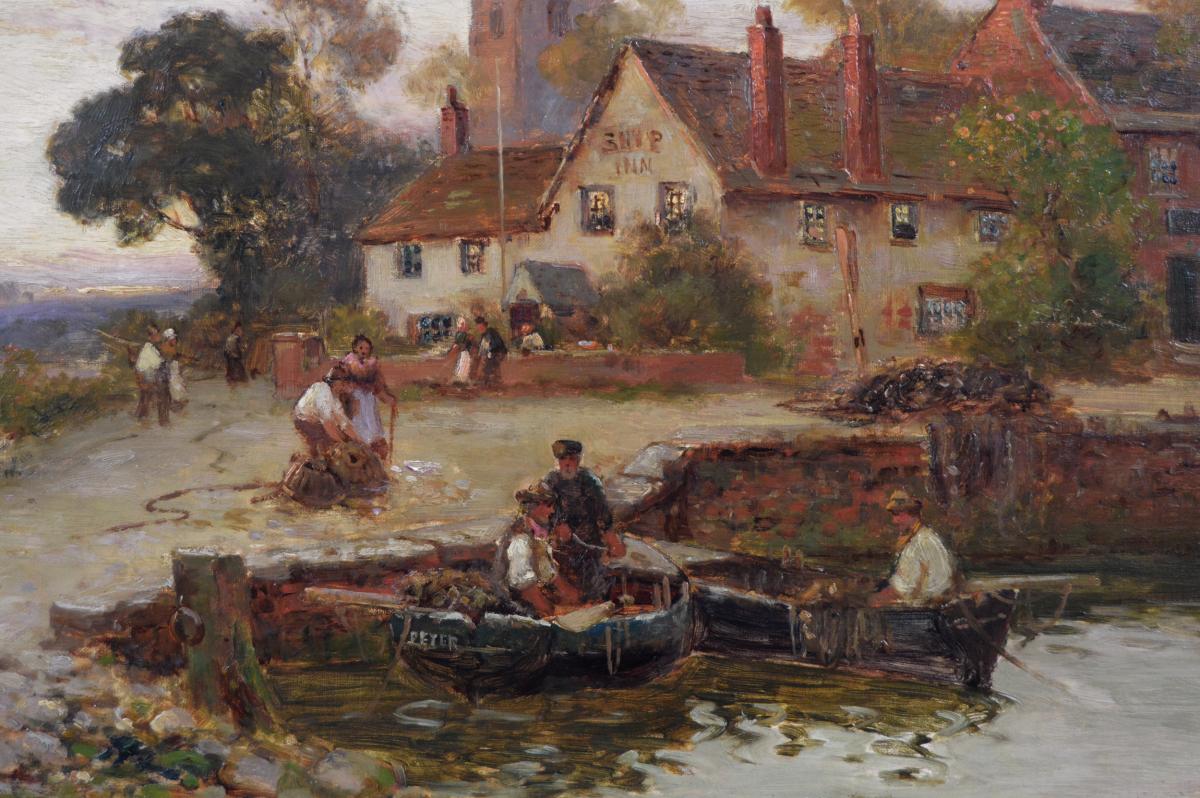 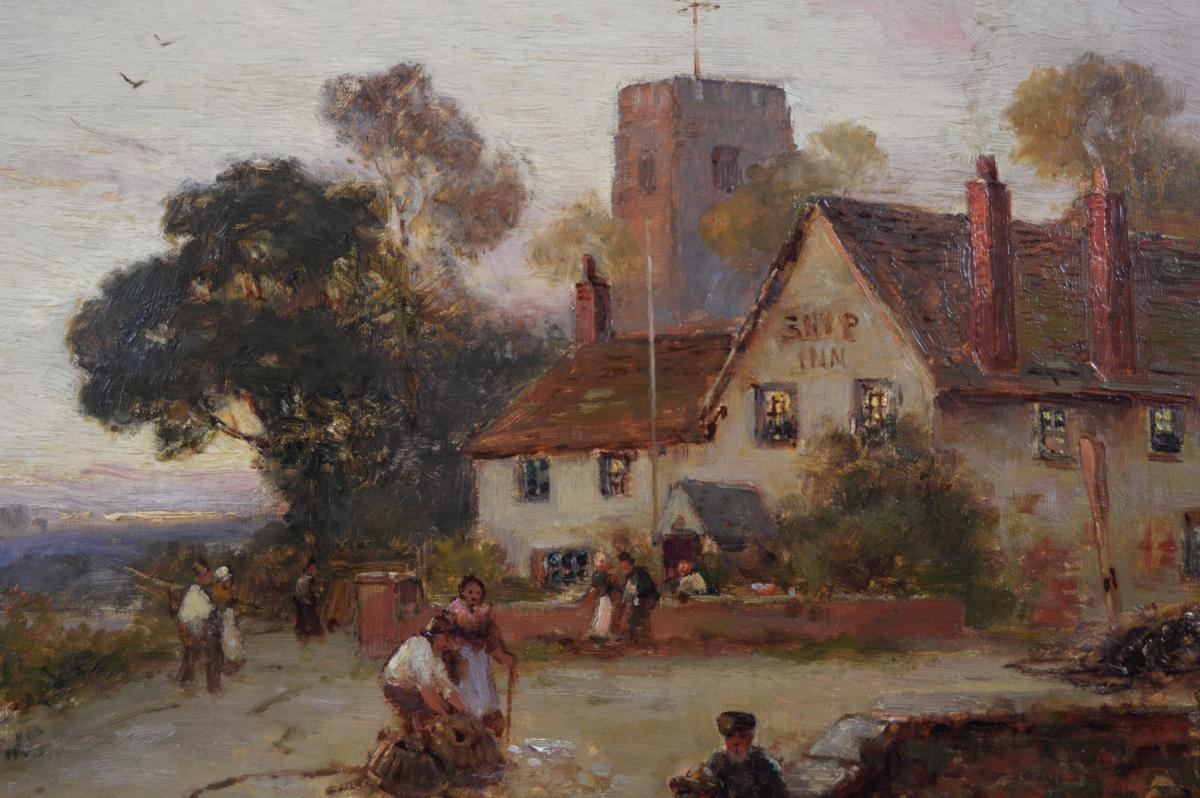 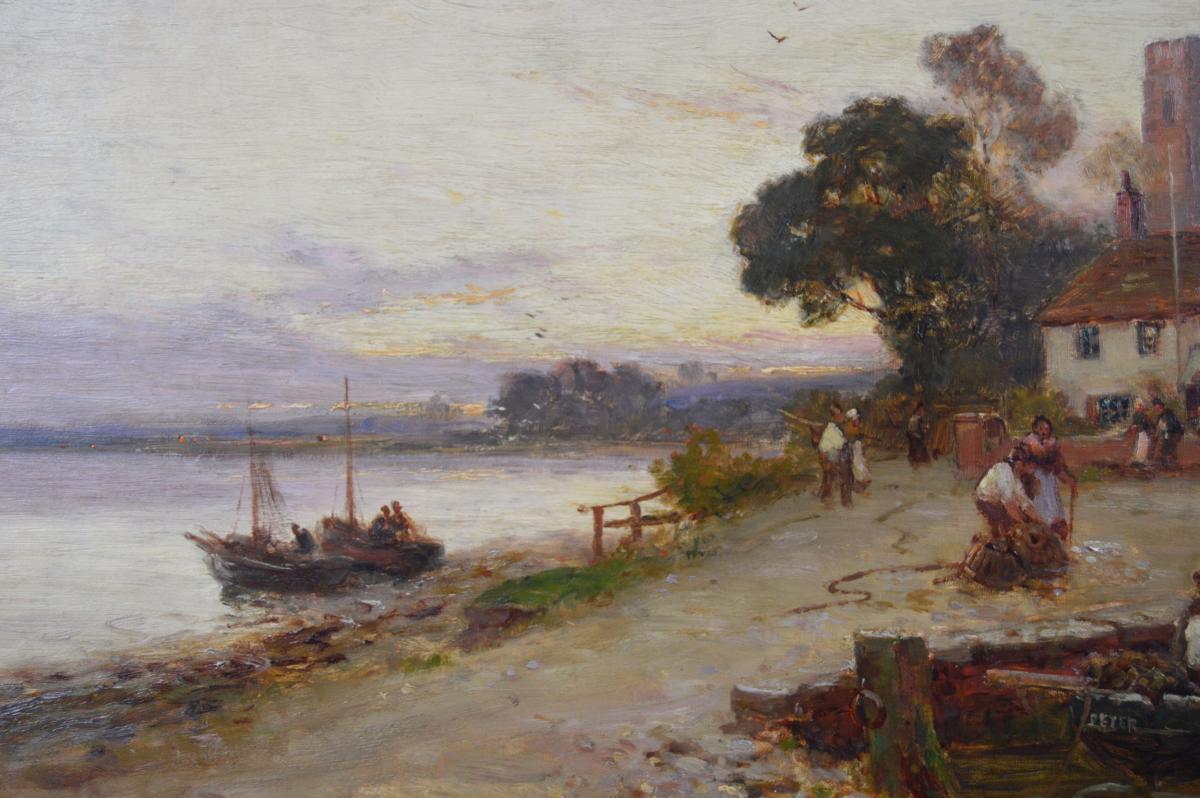 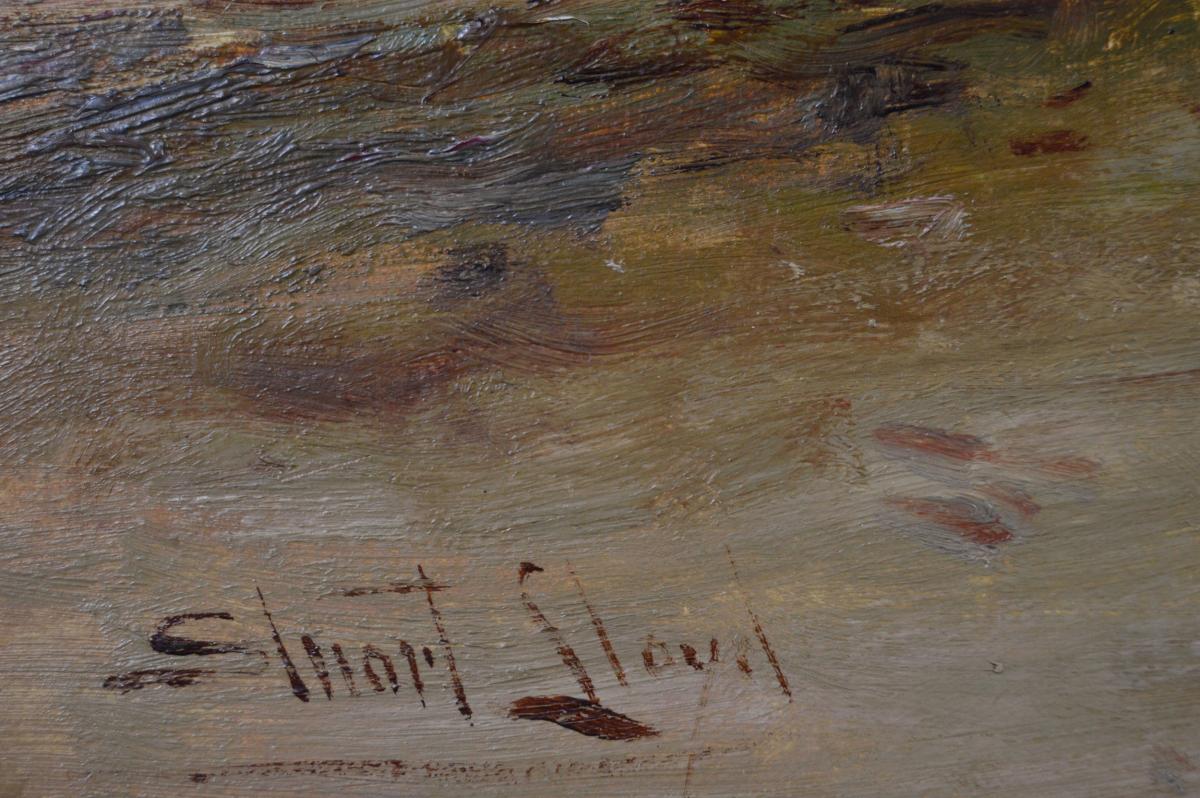 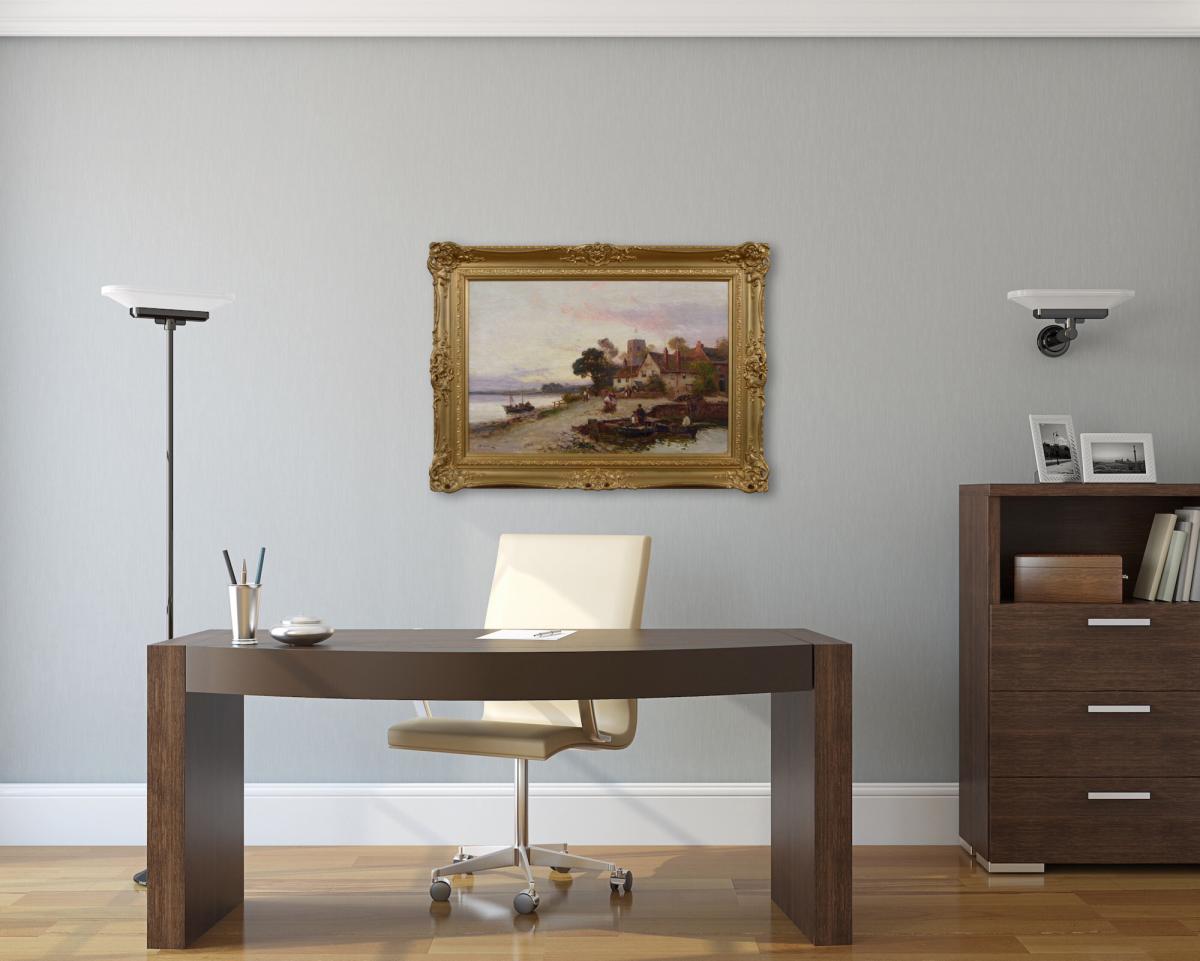 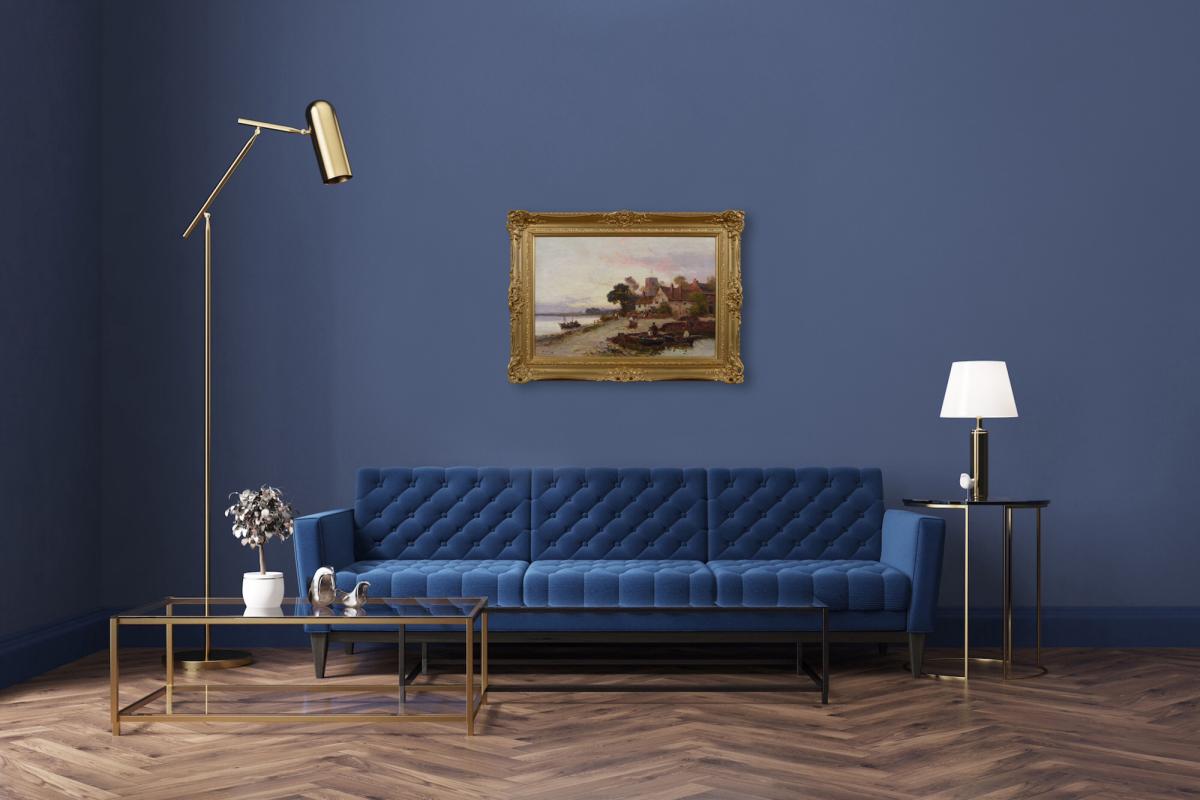 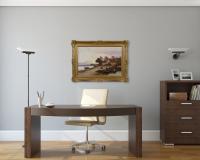 Stuart Lloyd or Walter Stuart Lloyd was a painter of river and landscape scenes who was born in Upper Clapton, near Hackney, London on 17 March, 1858. He was baptised Stuart Lloyd and was the son of James Lloyd, a publisher and Hannah Helen Durham whose income allowed them to live comfortably and give their children a good education. His older brother Thomas James Lloyd (1849-1910) was also an artist. During the late 1860’s the family moved to Walmer in Kent and at some point in the 1870’s he went to Paris to study at the studio of Bonnat.

Upon his return, he settled in Worcester living at Waverley House, Cromer Garderns in Henwick. He began exhibiting at the Royal Academy from 1875 as well as at the Royal Society of British Artists where he was elected a member at the age of just 20; the youngest person ever elected. He also exhibited at Suffolk Street, Royal Institute of Oil Painters, Royal Institute of Painters in Watercolours, Royal Society of Artists, Birmingham, Walker Art Gallery, Liverpool and elsewhere.

From 1878 he was living in London where he married Bessie Rose Kite in 1887 and they lived at 8 Clydesdale Mansions, Kensington. In May 1891, he won a gold medal at the annual Crystal Palace show for his painting ‘The Harvest Moon’. By 1901, he had moved to Sussex where he lived at Lake Lane in Yapton before moving to the Hove area of Brighton. He died at Hove on 18 July, 1926 and is buried at Hove Cemetery.

He spent his time travelling around painting the rural landscapes, riverscapes and coastal views of Britain, often featuring people working on boats and barges. His ability to capture the light and atmosphere of a scene gained him considerable success as artist during his lifetime and have made his works enduringly popular. Some confusion has arisen as to his first name as he began exhibiting from 1875 as W. Stuart Lloyd and at some point the name of Walter was attributed to him, which was possibly his middle name. However, from 1879 he returned to his original name of Stuart Lloyd, which is listed on his birth record and other official documents. For the remainder of his life he signed his paintings ‘Stuart Lloyd’.

Examples of his paintings can be found at the Newport Museum, Salford Museum & Art Gallery, Sheffield Museum, Touchstones Rochdale, Towner Eastbourne and the Worcester City Museum.