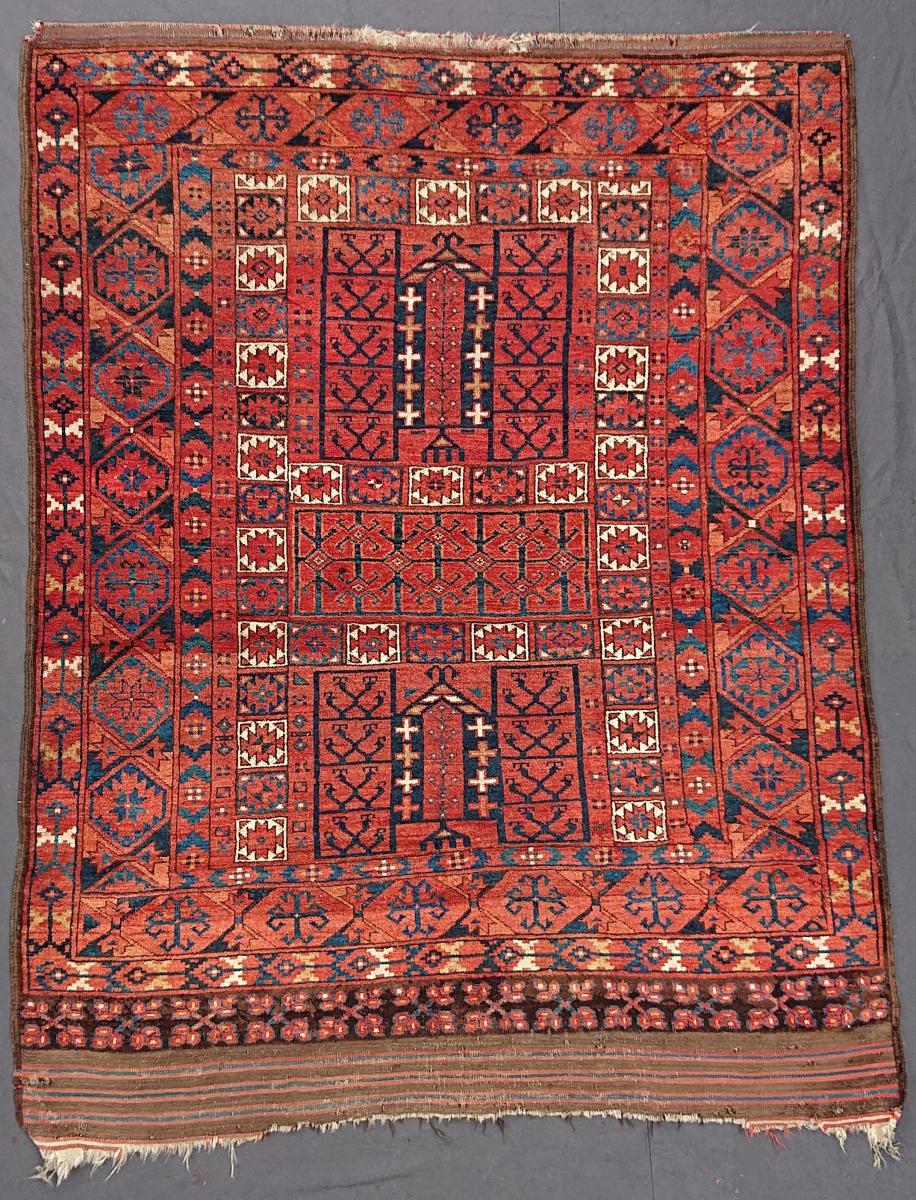 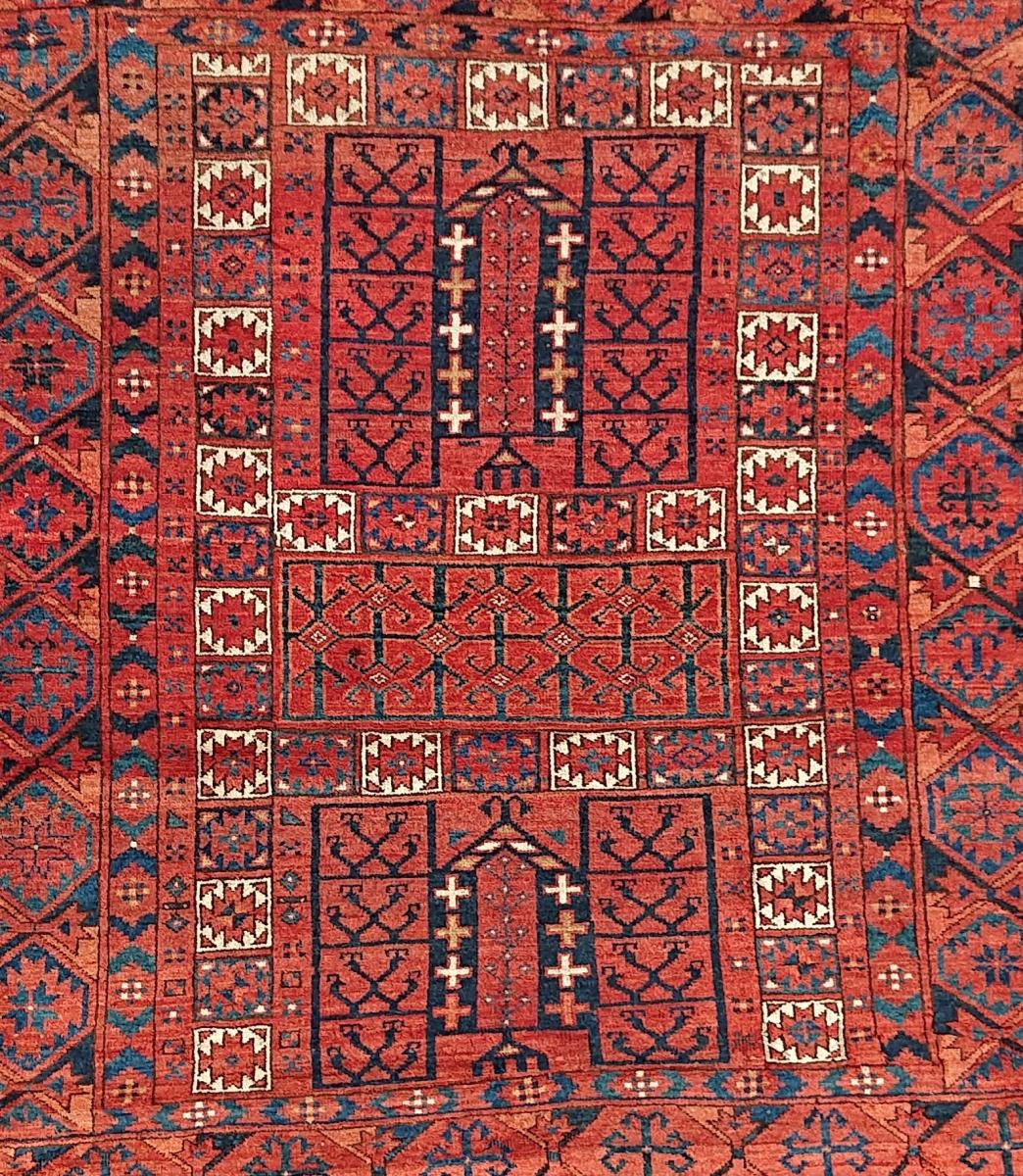 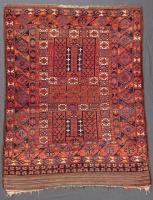 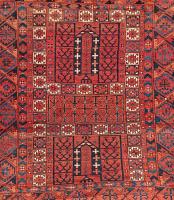 This early Ersari engsi, or tent door rug, dates to the early 19th century and was almost certainly made in the middle Amu Darya region. It is a rare and excellent example of tribal weaving

The four central panels with four and five rows of field ornaments in the bottom and top half respectively are separated by a large horizontal bar and two vertical bars with a tree in the centre and a column of crosses flanking the tree. A hook finishes off the pointed tops of these dividing panels, with a comb design (possibly an amulet?) forming their bottom ends.

Surrounding the central panels at the sides and the top is a chain of squares which are filled with one star each in an alternating sequence of red/white and red/blue. The dominance of the white marks these out as particularly striking structural elements. This motif is also found around the bar in the centre.

Two borders with smaller geometric designs, notably triangles and squares, flank the star borders along the sides. A sequence of three further borders completes the design on the sides. They, too, are filled with geometric motifs inside hexagonal structures, the main border containing stars which echo those in the borders around the central panels.

The elem, or bottom border, is a classic pattern of trefoils arranged in a cruciform fashion along two crossing diagonals. The striped kelim end at the bottom is still there, albeit with slight damage to the weave.

The colour scheme is calssic Ersari: a very warm madder red, an orangey secondary red, two shades of blue, a blue/ green, yellow and off-white, plus an undyed dark brown in the elem. The selvedges are overcast in dark brown goat hair.

The engsi is in very good condition, with very minor moth damage and repairs. 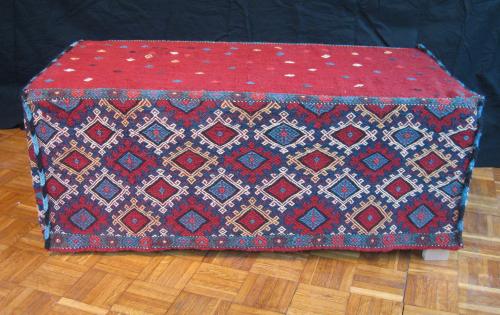 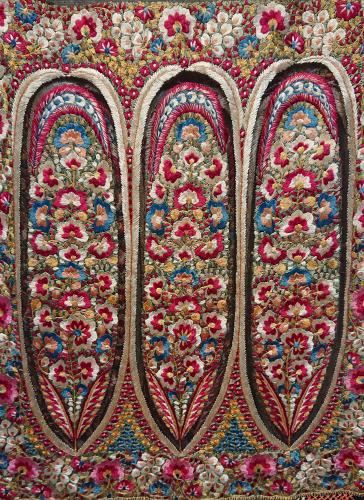