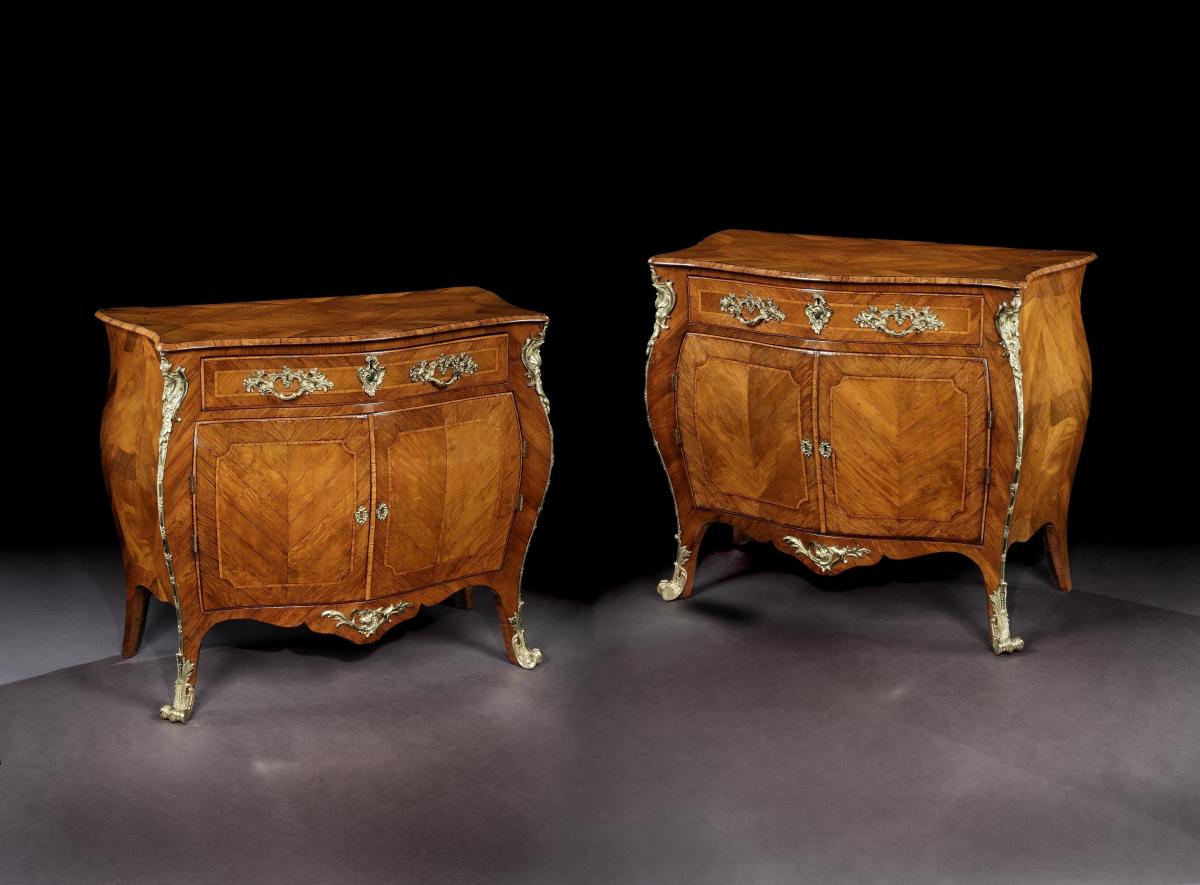 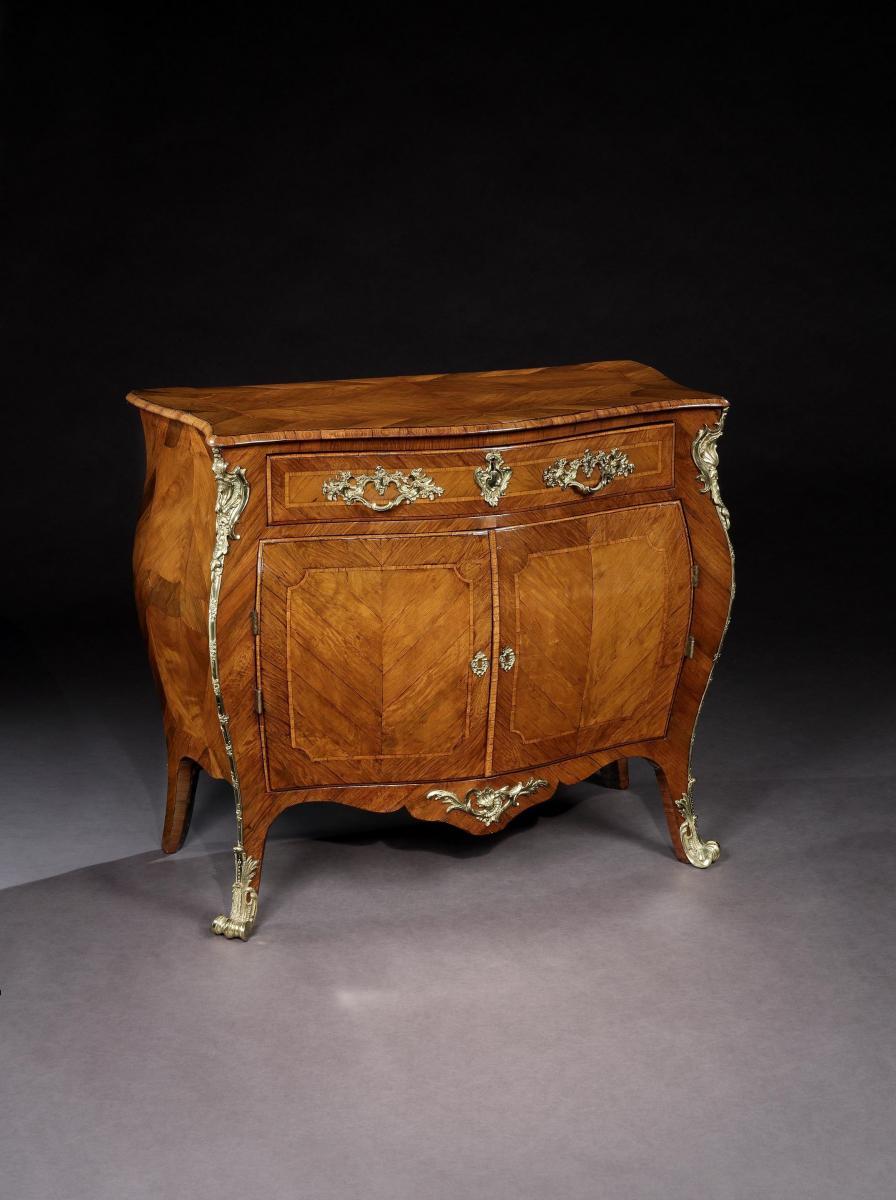 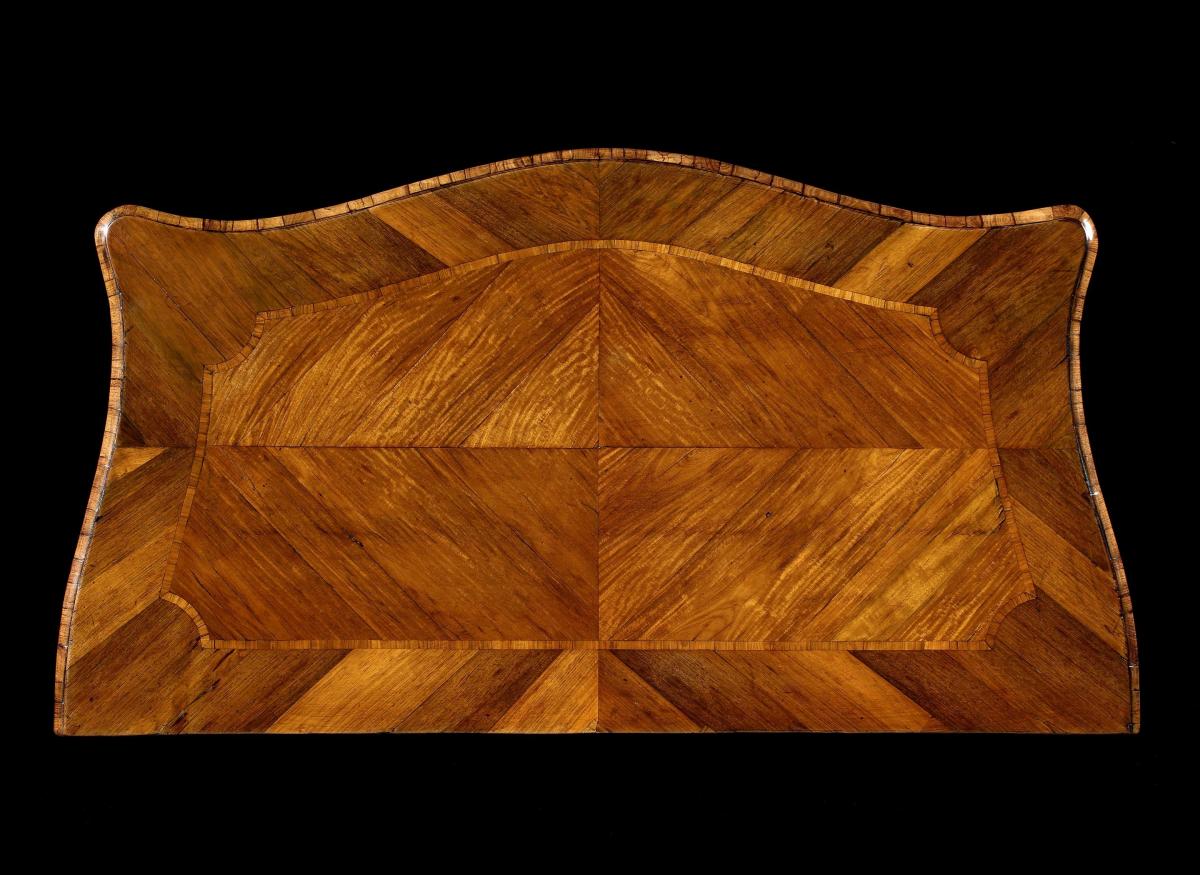 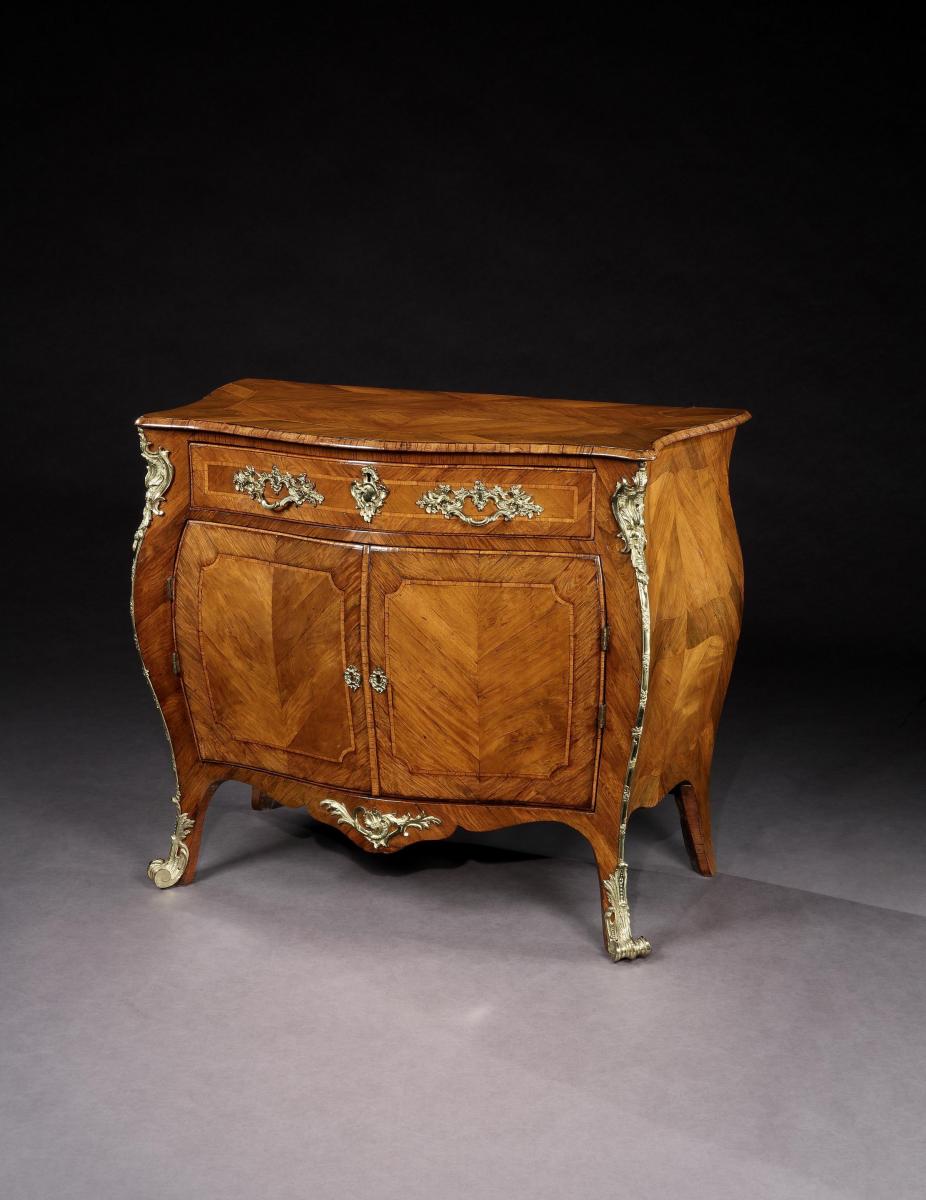 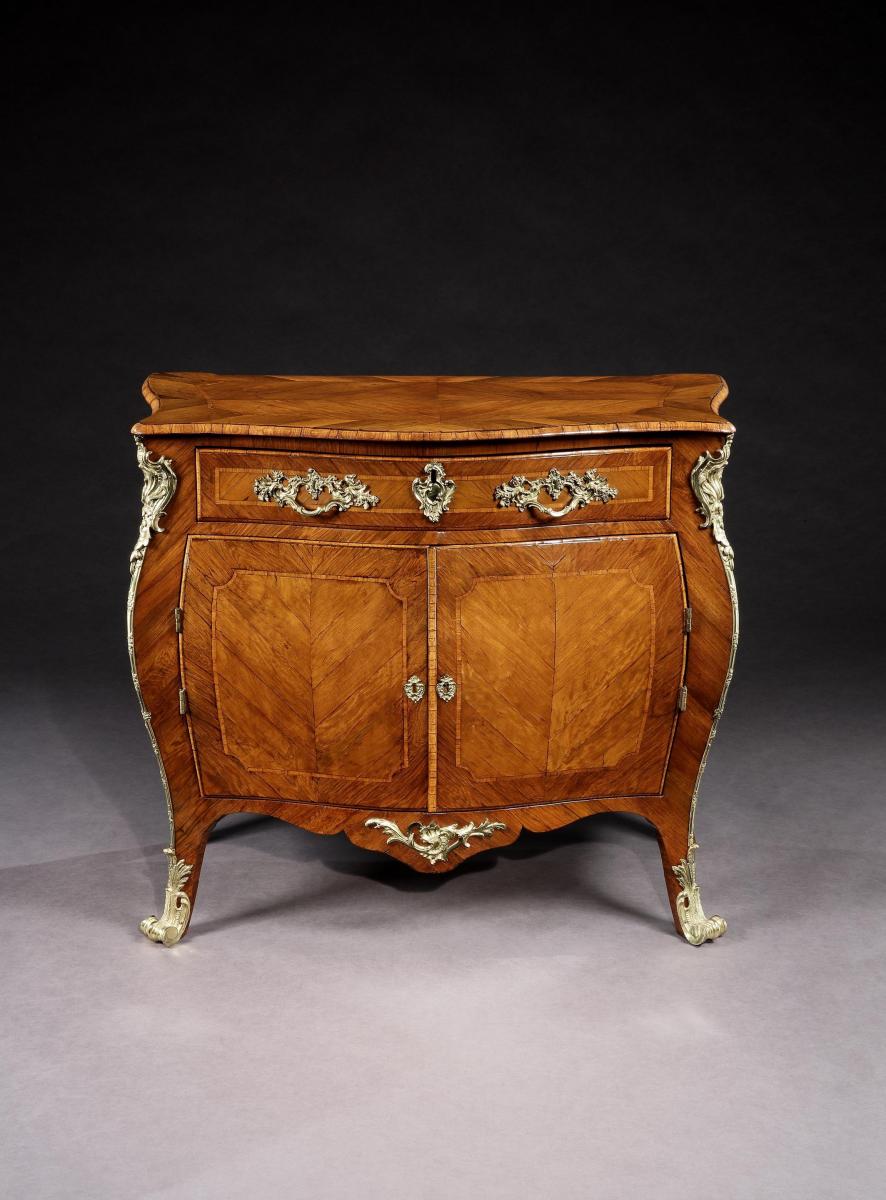 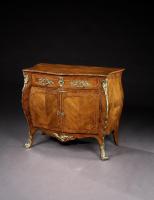 A highly important and very rare pair of George III ormolu-mounted padouk and rosewood bombé serpentine commodes attributed to Pierre Langlois. Each with a quarter veneered serpentine top above a shaped drawer fitted with a leather writing slide, above a pair of doors, standing on splayed feet.

The doors opening to reveal a shelved interior, previously fitted with drawers. Retaining their original rococo ormolu handles and mounts. Of exceptional colour and quality throughout.

These superlative commodes can be confidently attributed to Pierre Langlois as they relate closely to known documented pieces which exhibit the same overall design, similar accomplished veneer work and also the same ormolu mounts. The metalwork is attributed to Dominique Jean, Langlois’s son-in-law.

Pierre Langlois was a cabinetmaker of Huguenot origin who found favour in both the Royal Court and within the aristocracy. His name is now synonymous with some of the greatest English furniture, made in the French taste, during the second half of the 18th century.

His work can be seen in the Royal Collection at Buckingham Palace and Windsor Castle today, and he is also known to have supplied furniture to, amongst others, the Duke of Bedford, now at Woburn Abbey. A magnificent commode supplied to the Earl of Coventry for Croome Court by Pierre Langlois is now in the collections of the Metropolitan Museum of Art in New York.