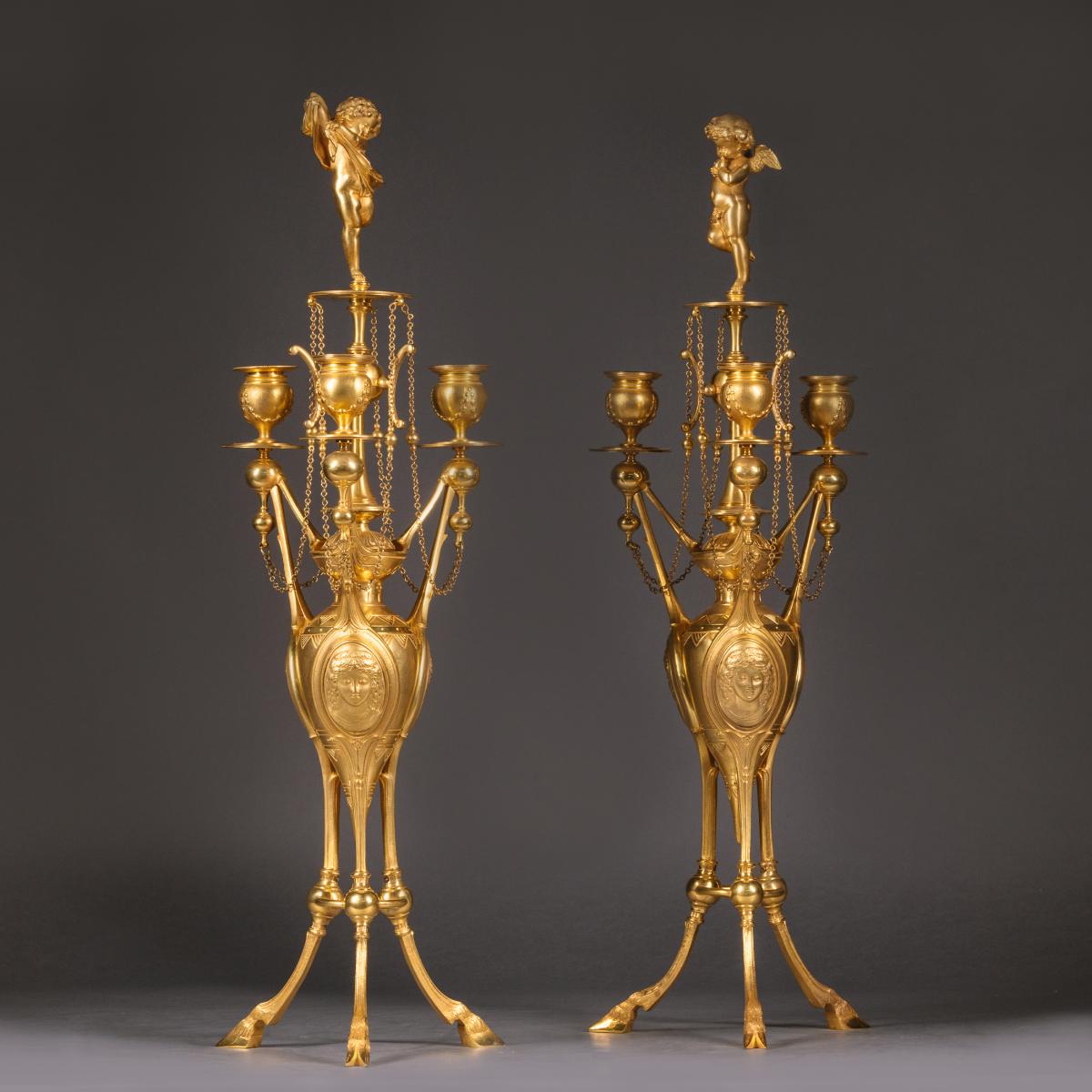 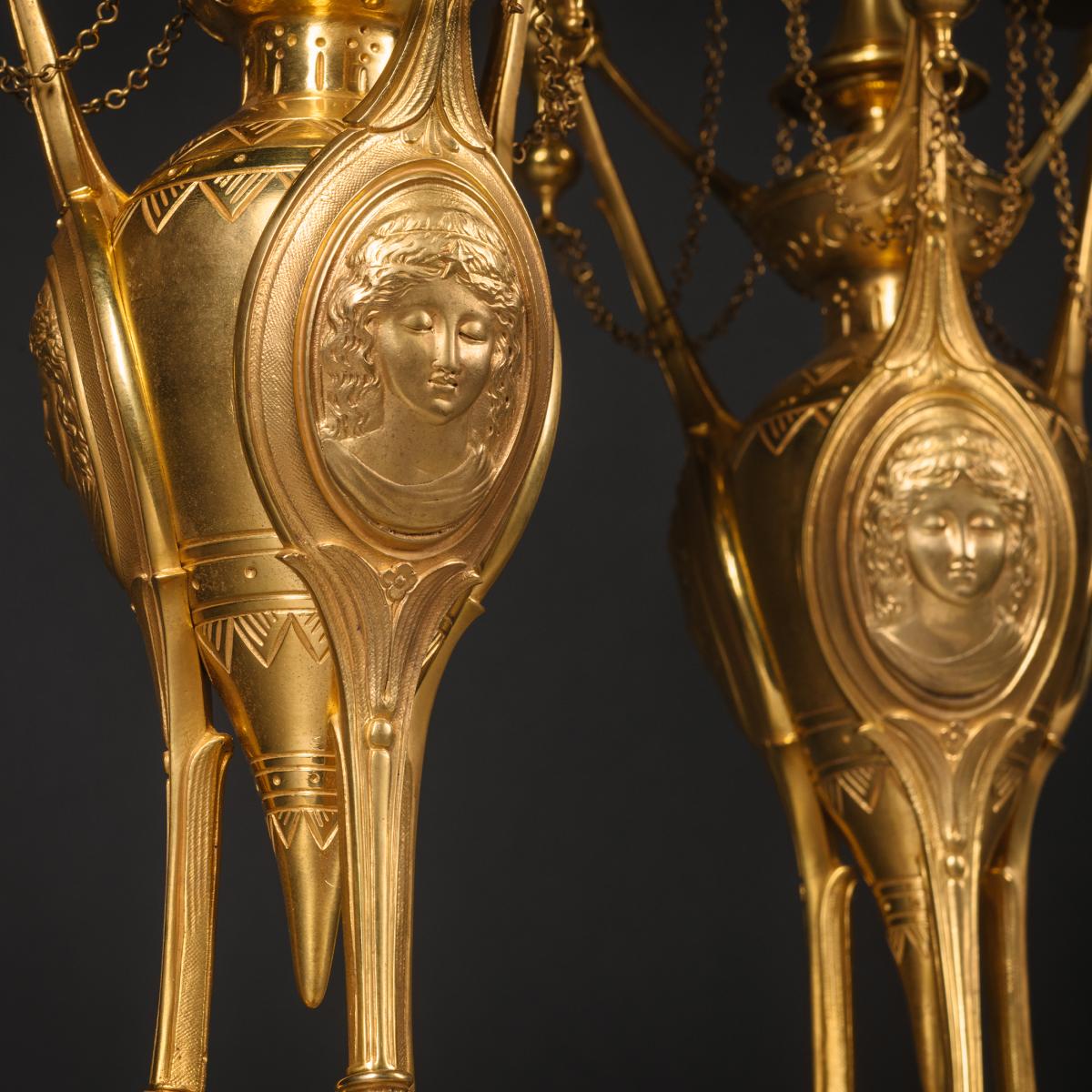 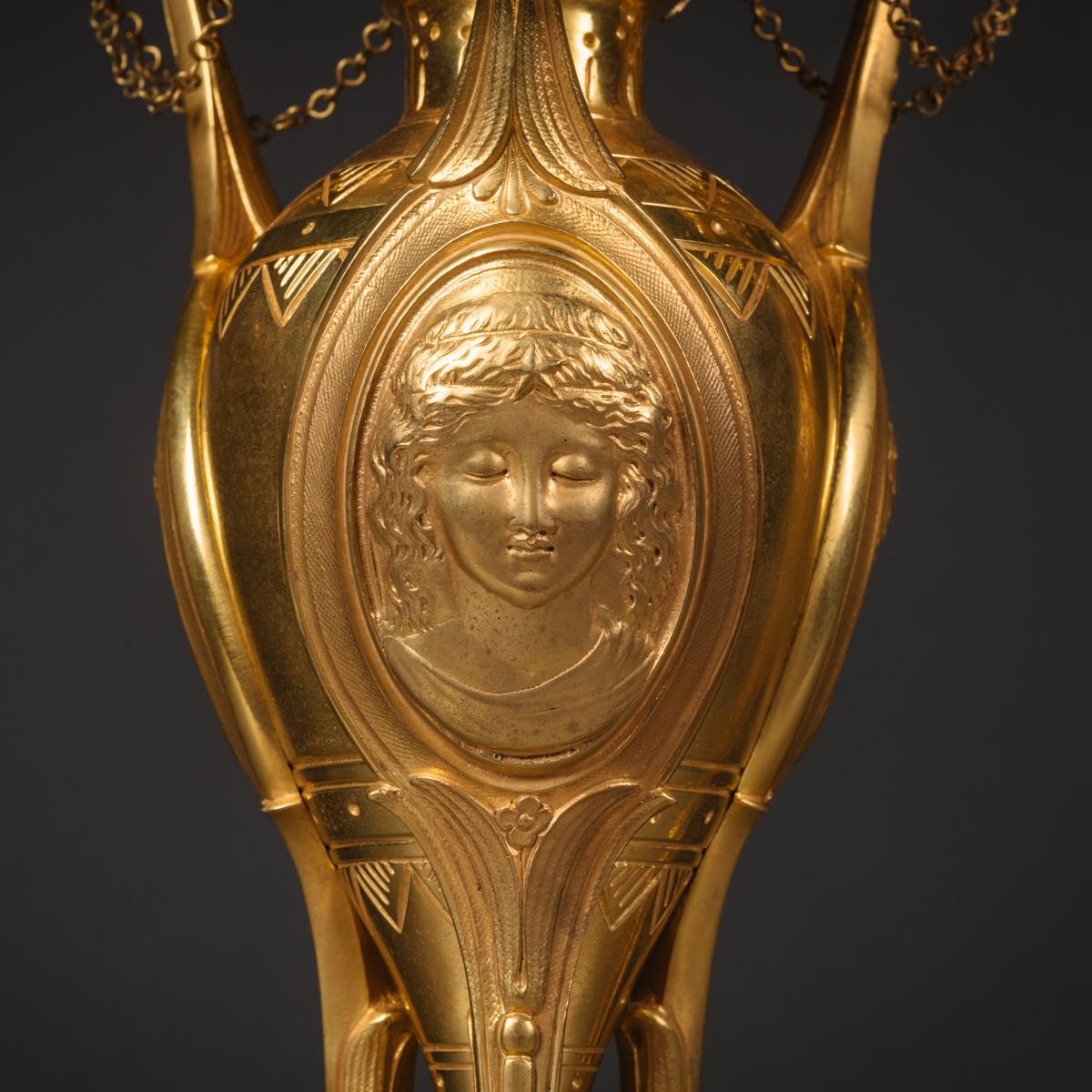 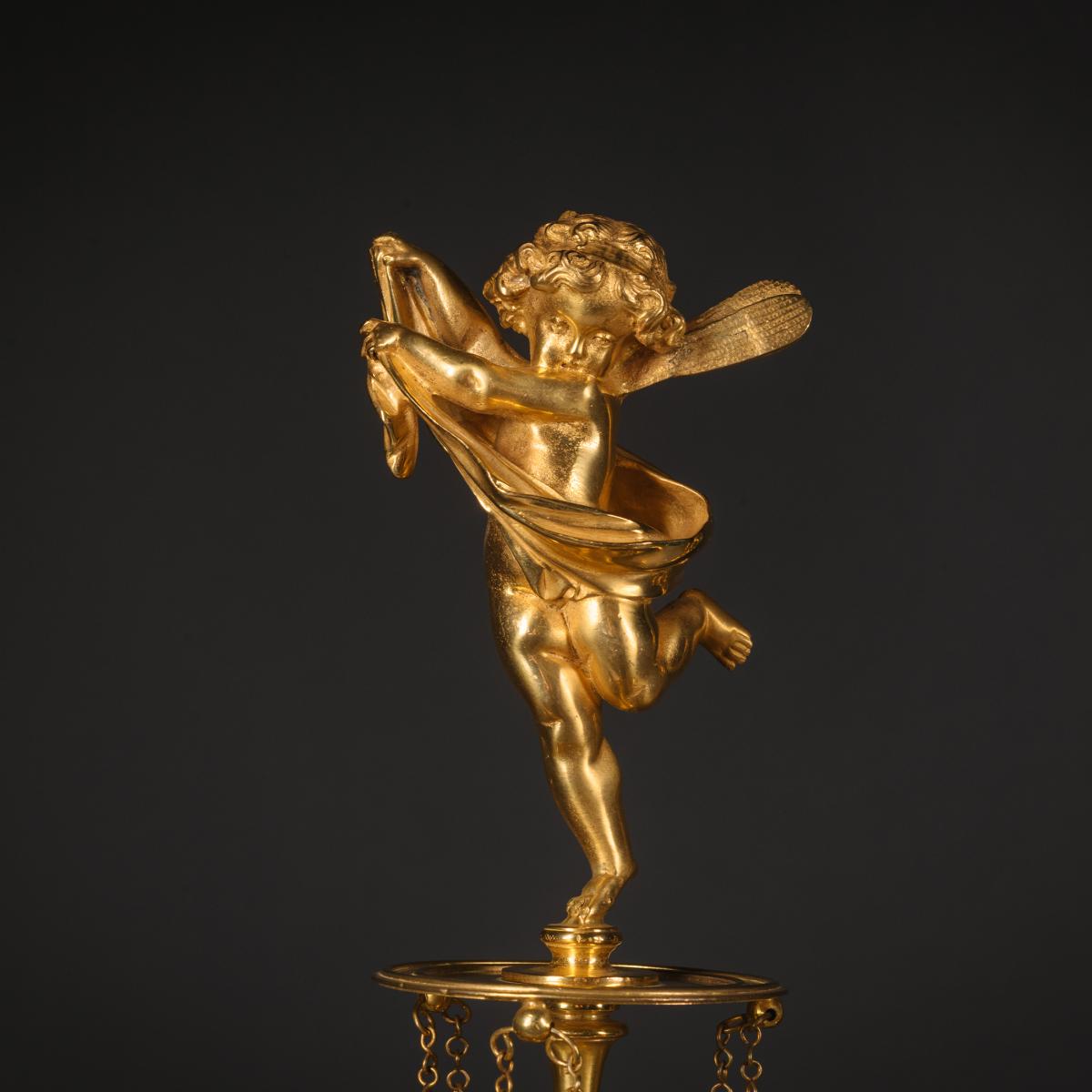 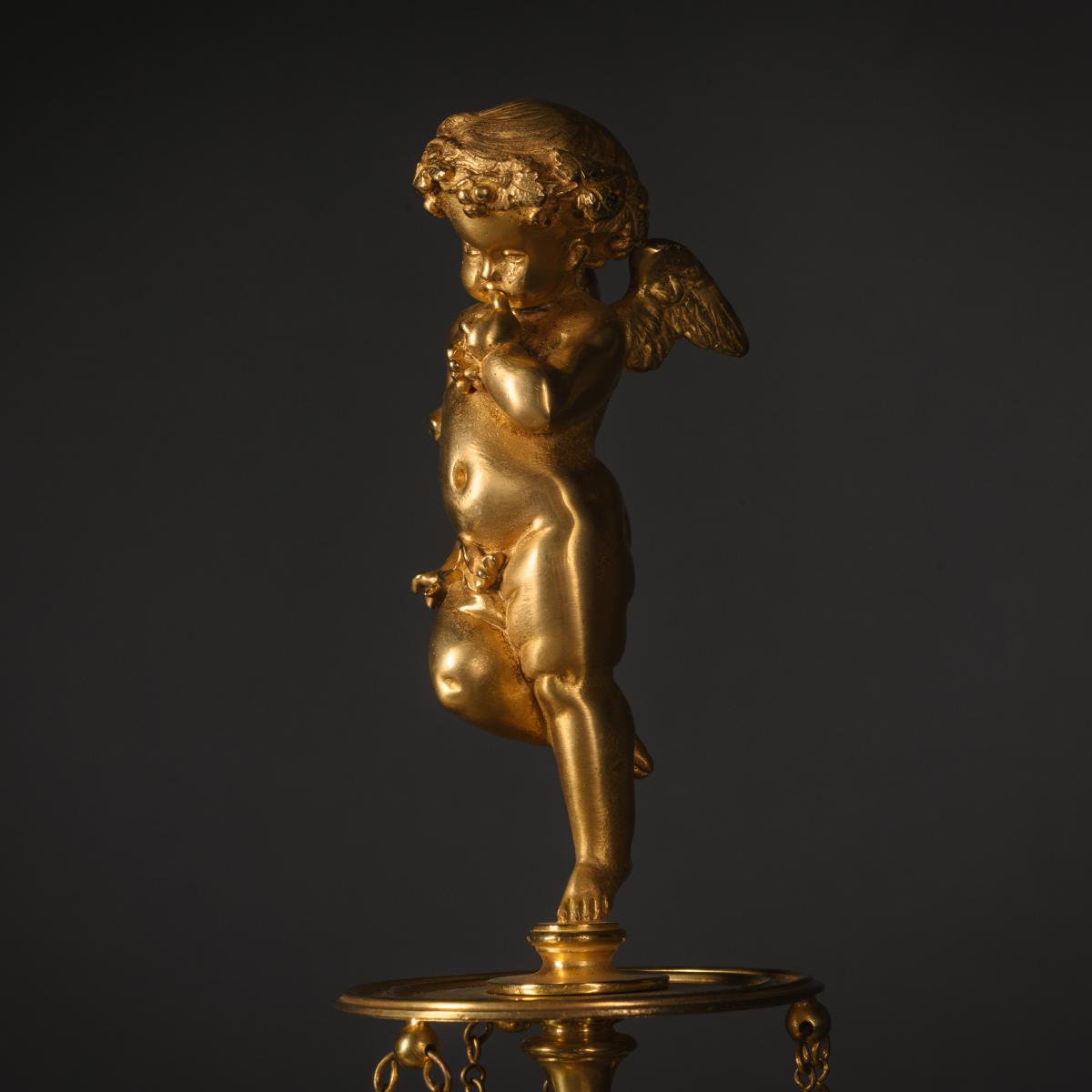 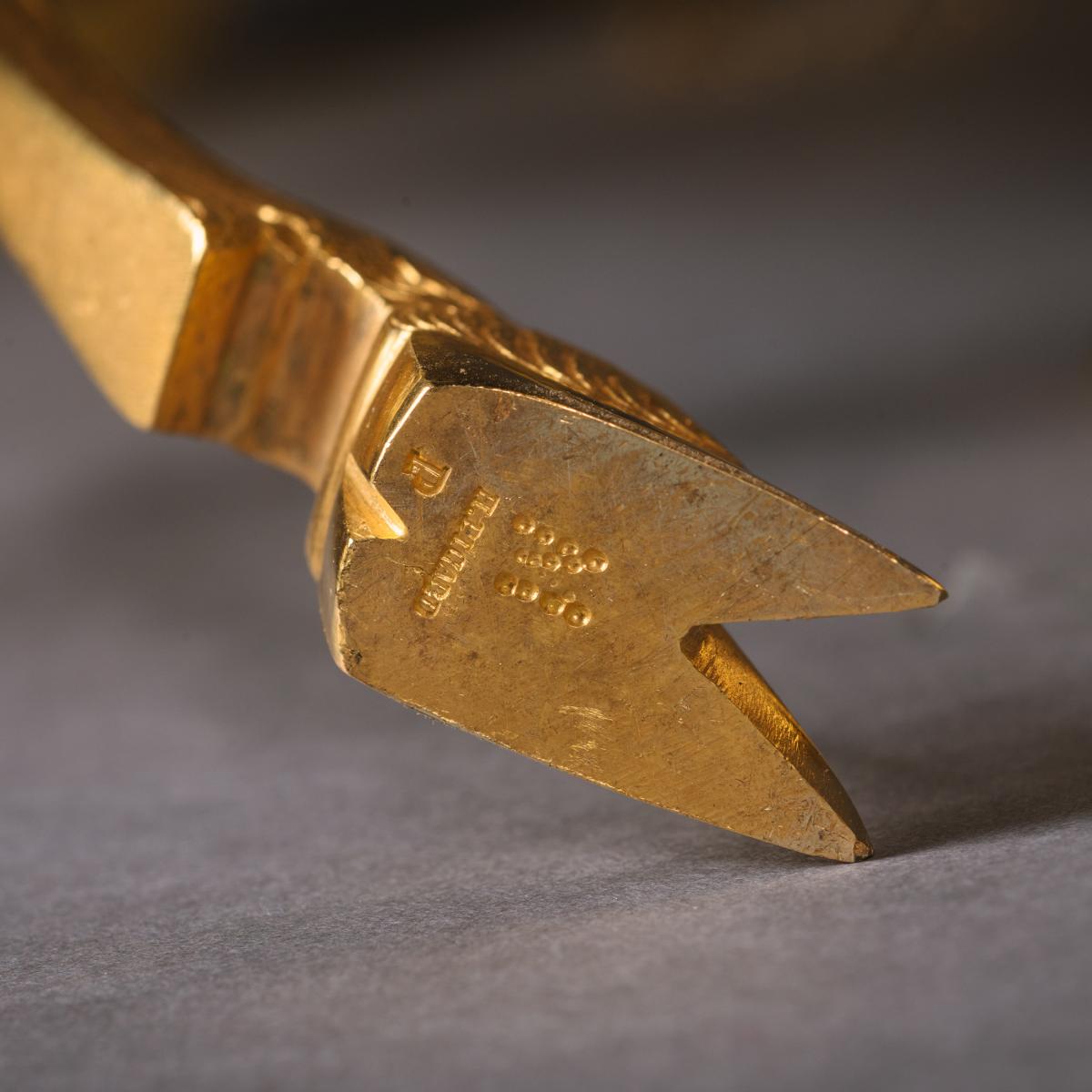 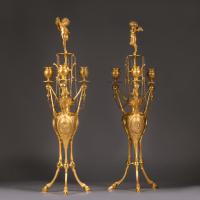 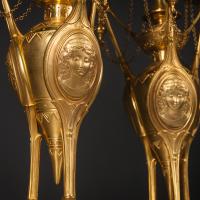 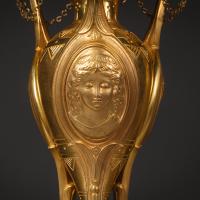 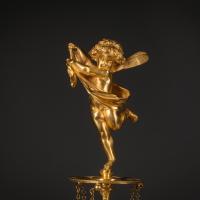 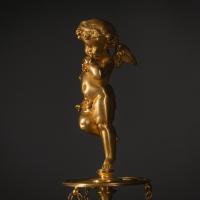 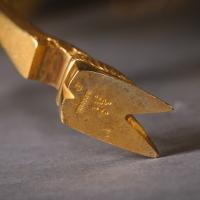 Stamped to the underside of one foot 'H. PICARD'.

Each candelabrum having a finely cast amphora-shaped body with angular supports,oval portrait masks of a maiden, and a baluster stem issuing three candle arms with circular drip trays and sconces embellished with suspended chains, surmounted by playful amorini and raised on tripod bases terminating in hoof feet.

The important fondeur and doreur Henri Picard worked in Paris from 1831 to 1884, most notably for the Emperor Napoléon III.  He was based in Paris at 6 rue Jarente from 1831 to 1839, before moving to 10 rue de la Perle. The firm was active until around 1890.

Celebrated for the high quality of his production, Henri Picard supplied many important patrons, including garnitures and table pieces for the petits appartements of Emperor Napoléon III at the Louvre.  An important pair of twelve-light candelabra by Picard remain in the Musée du Louvre today. 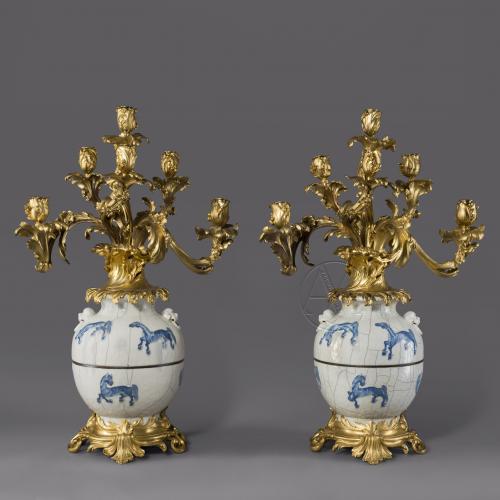 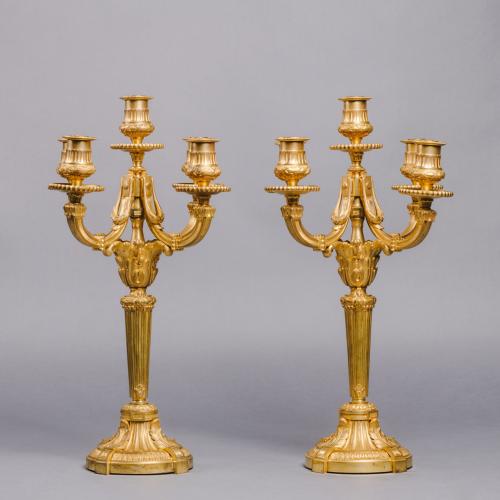