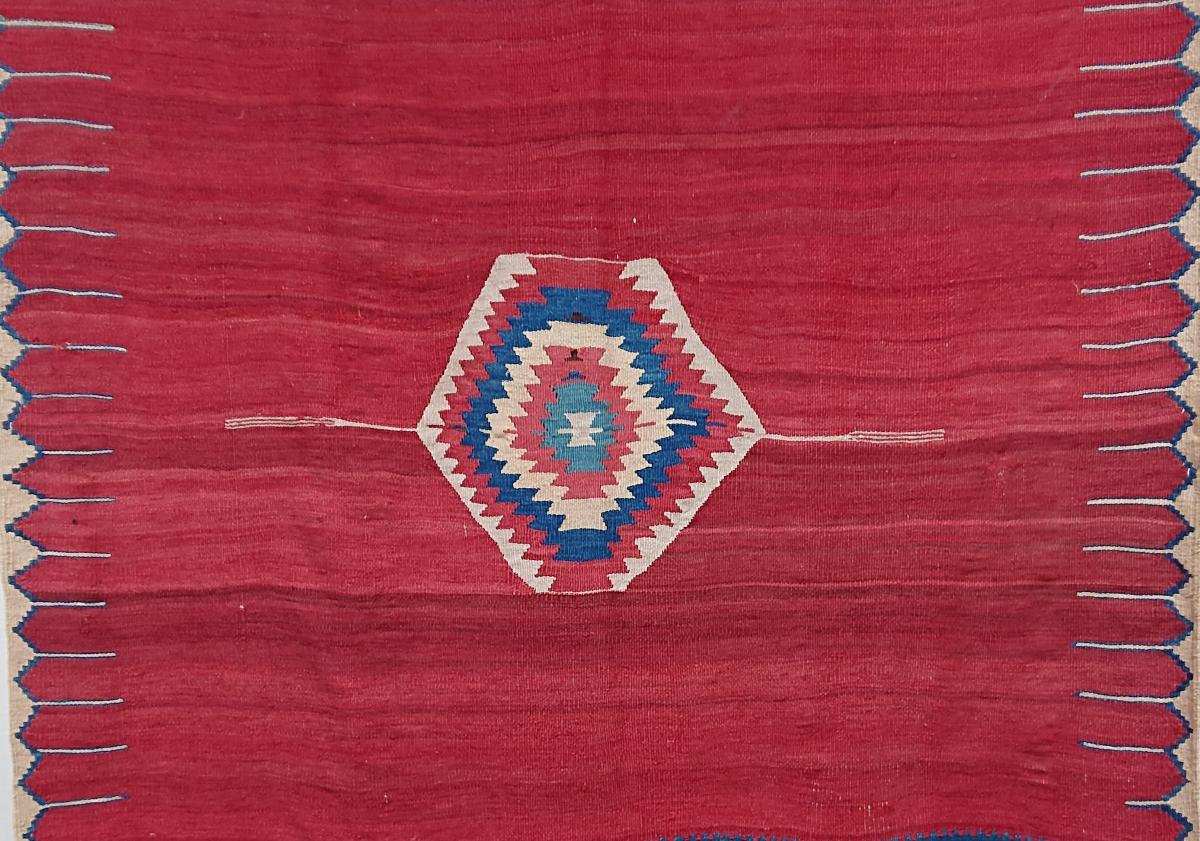 Dating to the late 19th century, this dramatic kelim was probably made in western Turkey, most likely by people who moved back to Anatolia from the Balkans, particularly Bulgaria, as a result of the decline of the Ottoman empire.

The almost completely plain, but beautifully abrashed madder red field is only sparsely decorated with one central hexagonal medallion. It is flanked by wide skirts densely decorated with concentric stepped hexagons, three at each end. Two black lines filled with white crosses separate the three bands of the skirts, which, according to Petsopoulos, is a typical feature of this type of kelim (for further discussion and literature, see https://www.christopherleggeorientalcarpets.com/products/view/manastir-kelim/ ). Not many examples of this type are known.

The kelim in a slit tapestry weave is highly decorative and in very good, original condition.