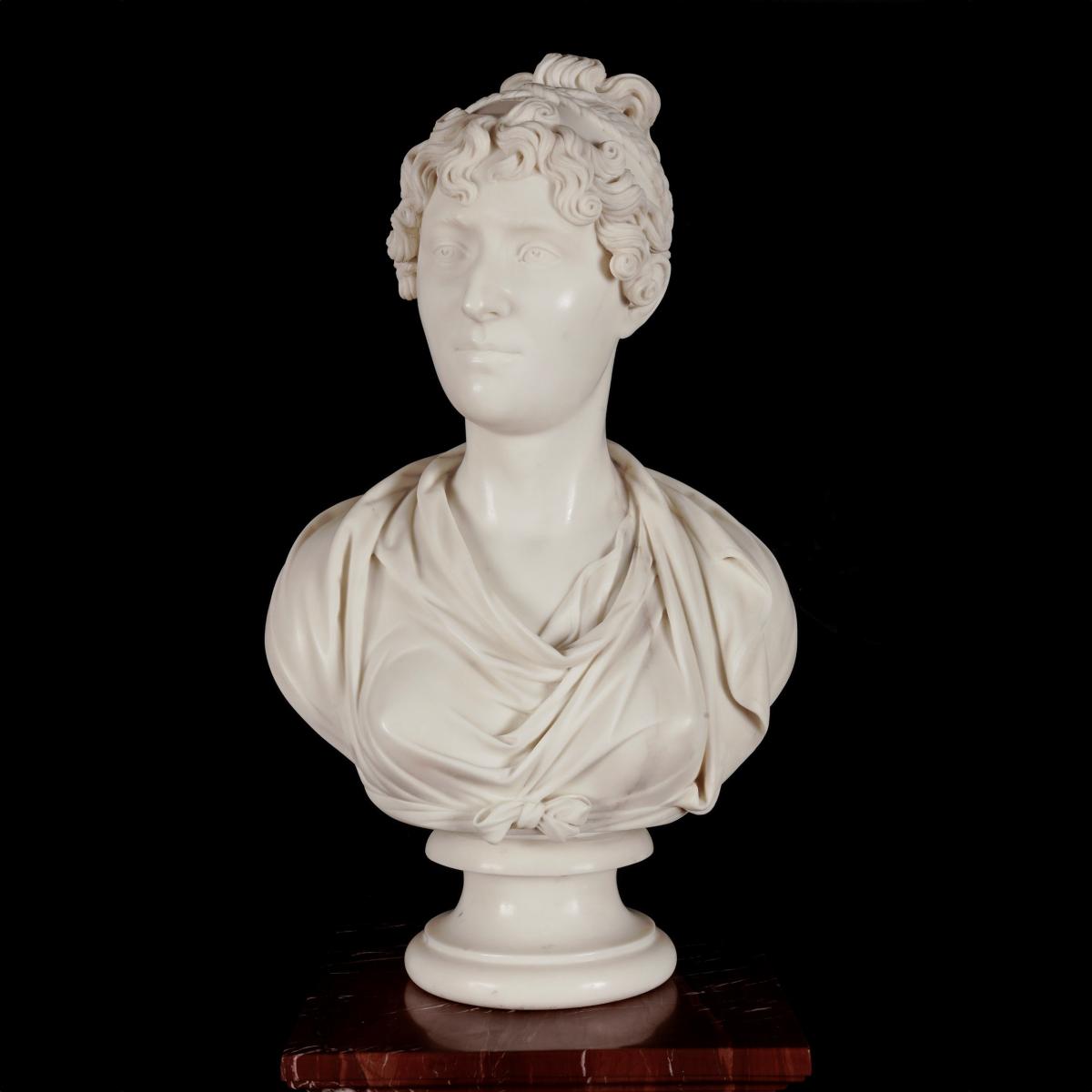 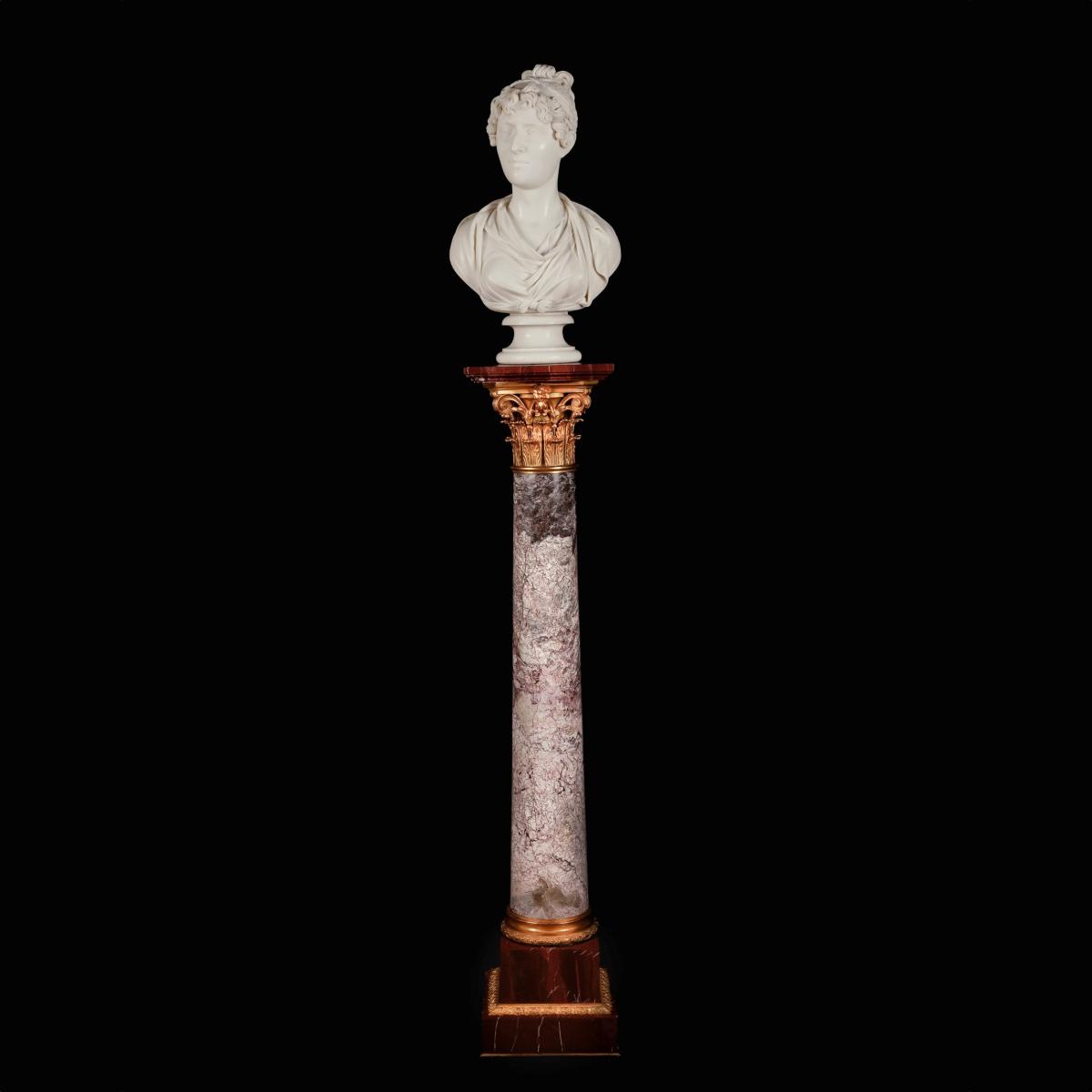 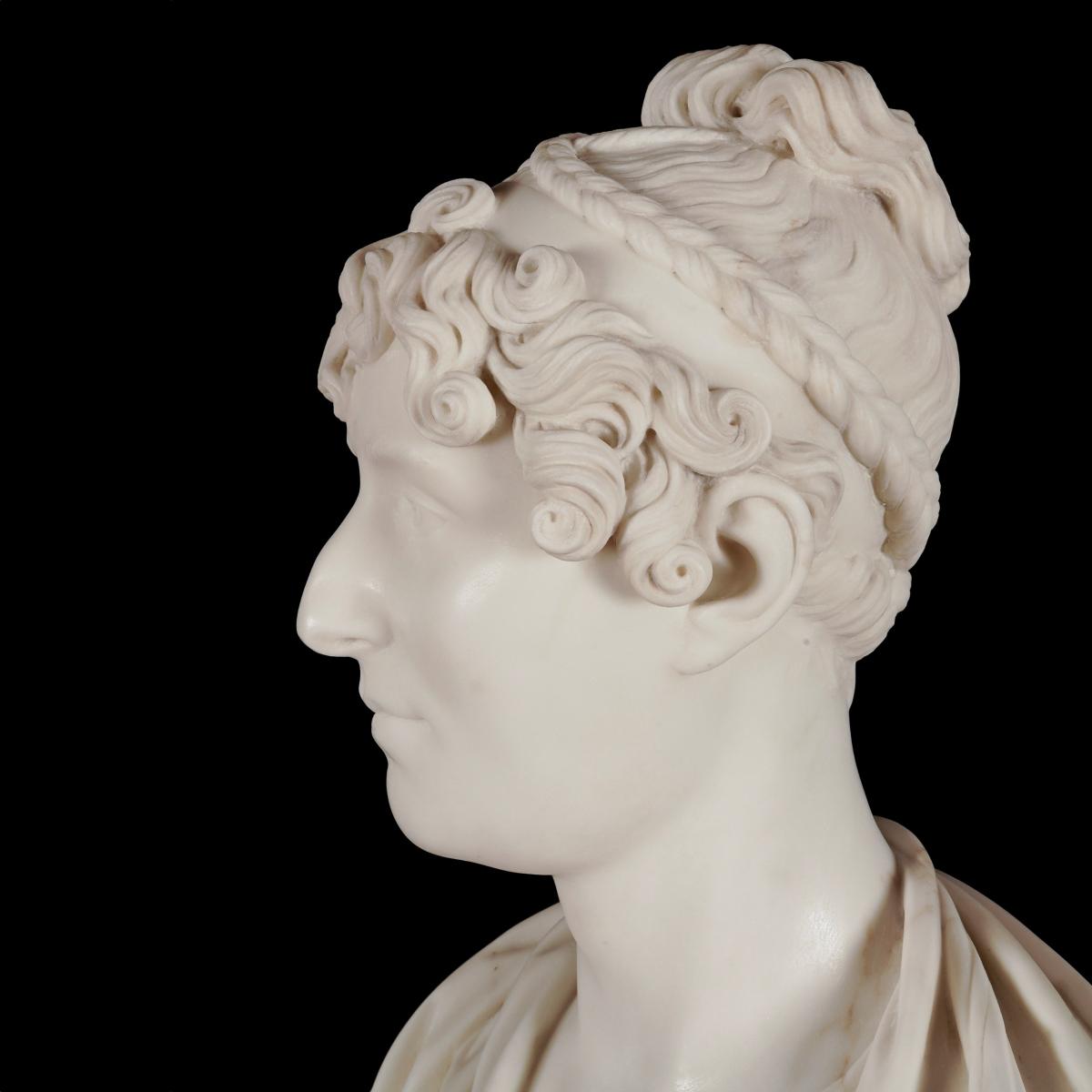 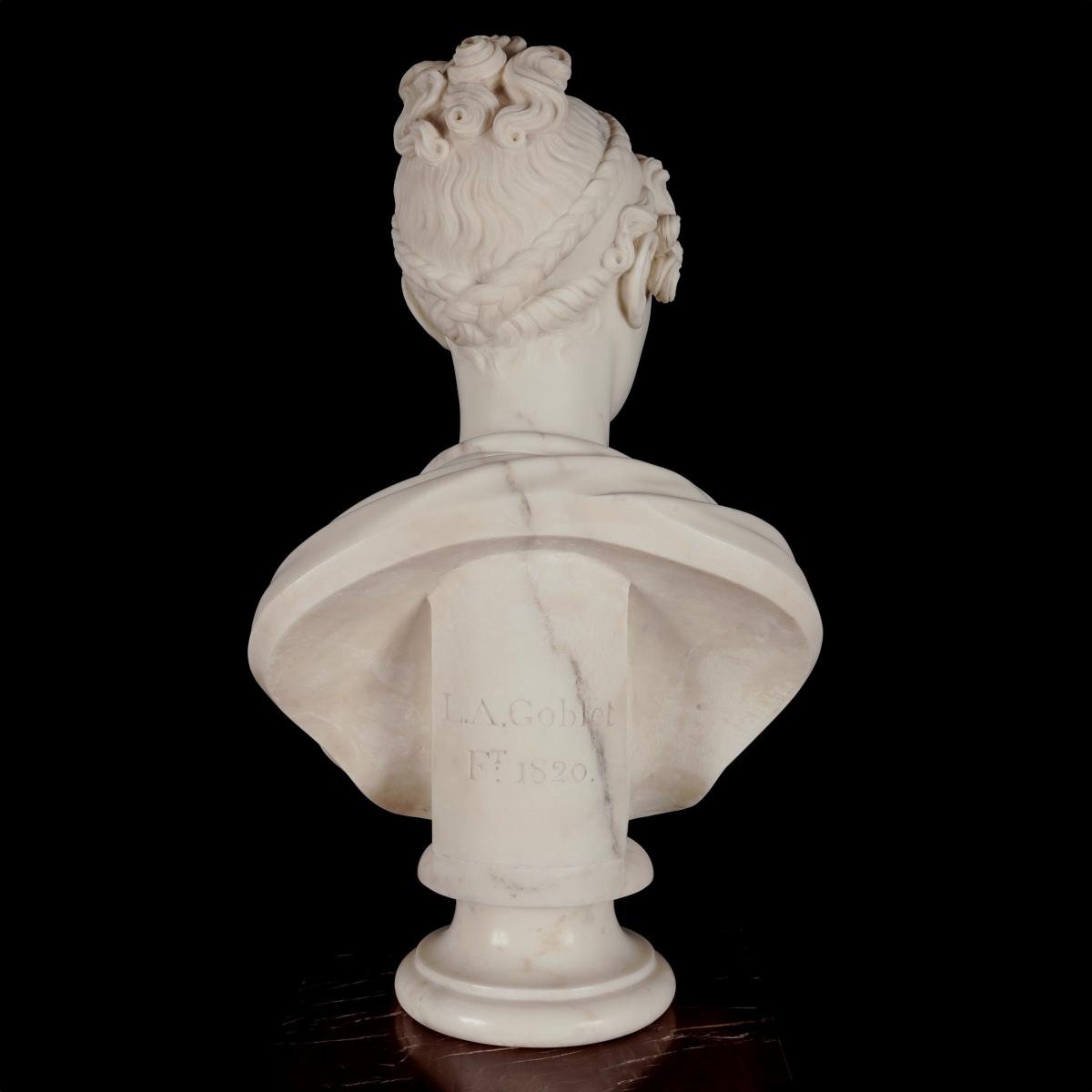 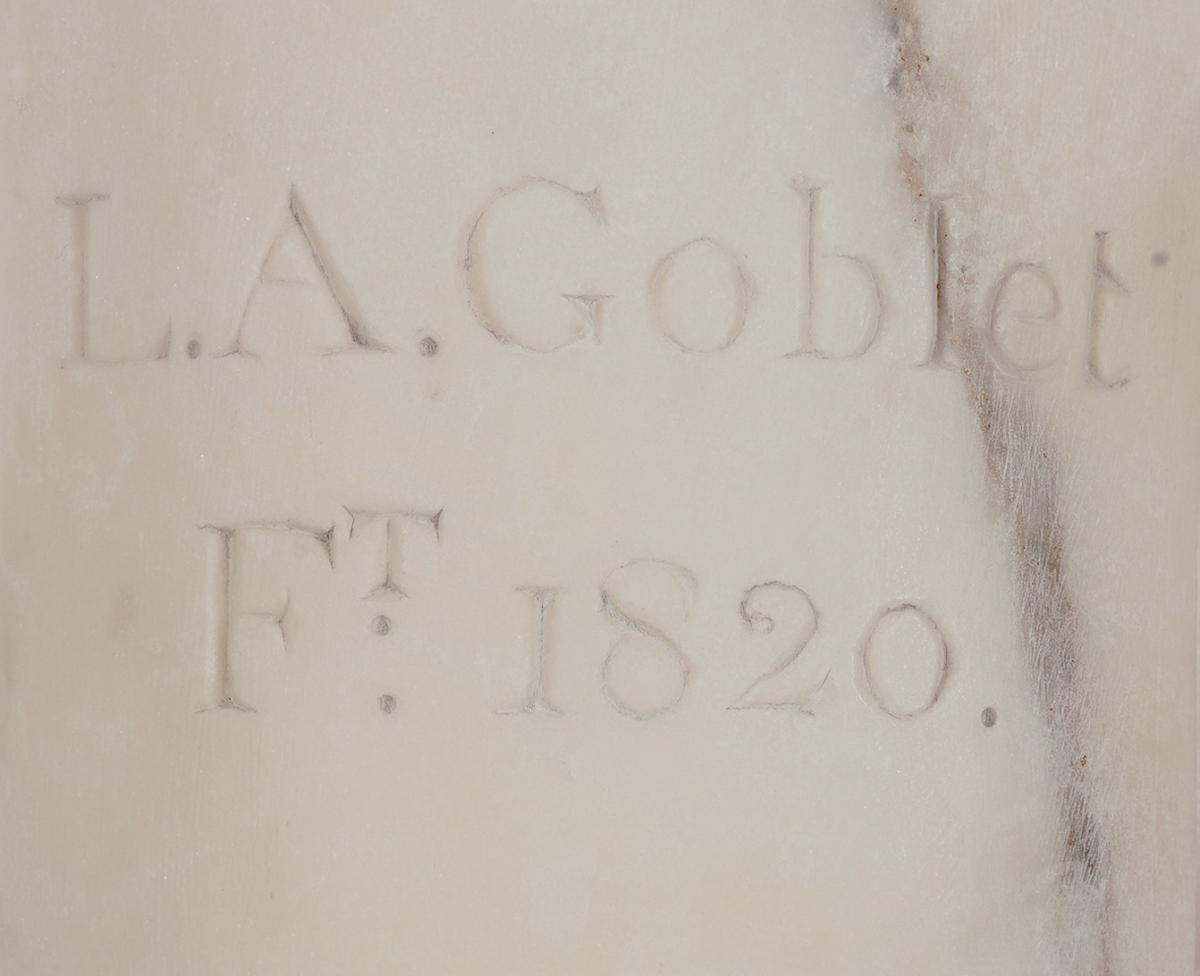 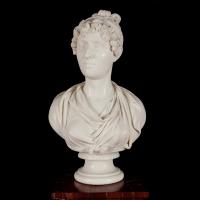 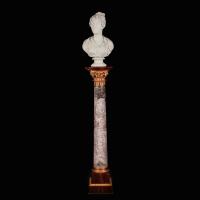 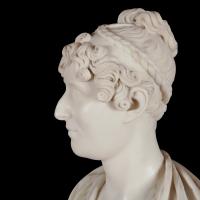 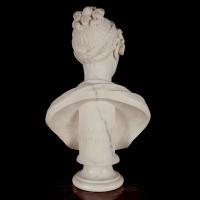 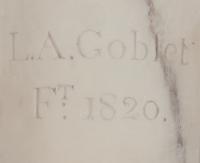 Possibly exhibited at the Royal Academy in 1821

Carved from Carrara marble, the bust supported on a waisted circular socle; representing a lady, dressed in the antique manner with flowing garbs, her hair likewise in a Neoclassical style, tied up with cropped curls framing the face, carefully modelled and facing right, following her gaze. Signed by the artist and dated.
English, dated 1820

In the final years of his life, Goblet exhibited repeatedly at the Royal Academy, as he had done since 1799. The present bust was possibly exhibited in 1821 (no. 1161), the first female bust he presented since showing a portrait of his daughter in 1811.

A smaller bust also carved in 1820 by Goblet, of the famous Italian soprano Angelica Catalani, is in the permanent collection of the National Portrait Gallery in London (NPG 5039).

Lewis Alexander Goblet was a London-based sculptor who had a close relationship to the celebrated sculptor Joseph Nollekens, as his primary assistant in the studio and eventual inheritor of the atelier. Together they completed several major commissions for clients such as King George III and William Pitt the Younger. Goblet accepted private commissions in his own right while working for Nollekens, and exhibited consistently at the Royal Academy for most of his career. 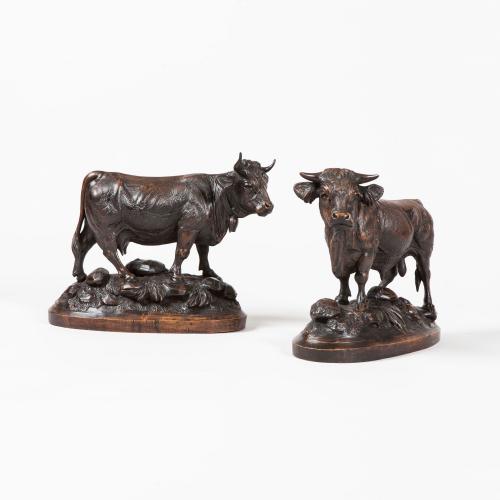 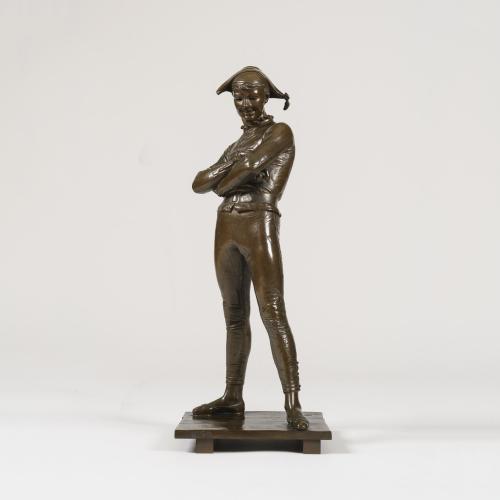 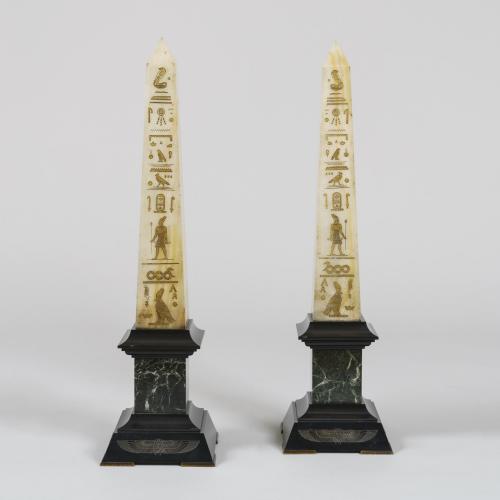