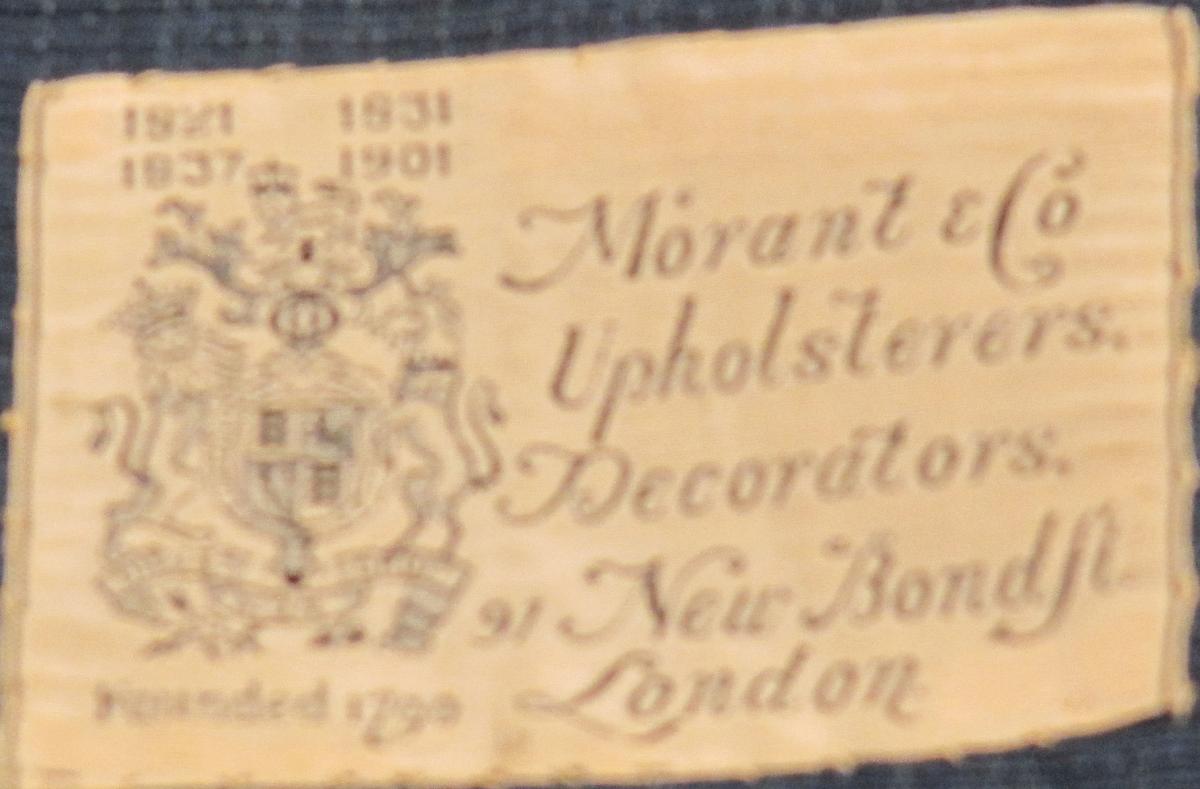 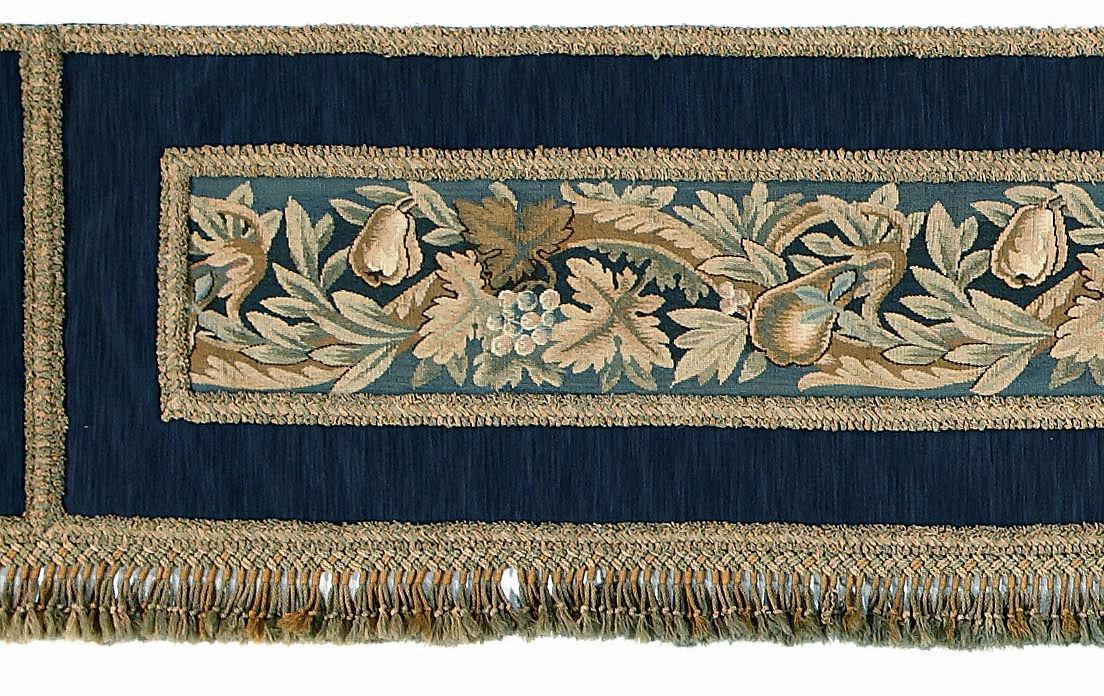 This pelmet is exceptionally long. The Brussels tapestry is finely woven with fruits and trailing stems and the colours are not faded. It works as a hanging in its own right, but could also be adapted as a curtain or bed pelmet.

The front with an exceptionally long, 19th century, tapestry panel finely woven with five repeats of a design depicting fruit and flowers. (451 cm., or 177 ½ in. long). The sides with two small tapestry panels. Faced with gold coloured braid throughout and the bottom with fringe.

Born in England in 1877, Lenygon was trained as a cabinetmaker and studied at the South Kensington Museum in London. By 1900, he found work with Art Workshops, Ltd., and soon after with Charles Duveen, son of Sir Joseph Duveen. Employed by C.J. Charles for several years, Lenygon became well-known as cabinetmaker to England's aristocracy.

He opened his own firm, Lenygon & Co., in 1904, and in 1912 merged with Morant & Co., to become Lenygon & Morant, holding royal warrants under four successive British kings.

In 1910, Lenygon made his first visit to the United States to supervise the interior decoration of Whitlaw Reid, and soon opened a New York branch of his firm. As in England, Lenygon's American clients were wealthy and sophisticated and relied on Lenygon to furnish authentic and reproduction interiors in period styles.

In the 1930s, Lenygon was hired by Nelson Rockfeller to serve as a major consultant to the reconstruction of Colonial Williamsburg in Virginia, and selected all the furnishings for the Governor's Palace there.

Lenygon was widely known for his expertise in 17th- and 18th-century British furniture and interiors and lectured widely on the subjects. He served as president of the American Institute of Decorators and the Art and Antiques Dealers League of America.

He was also a Fellow of the Royal Society of Arts and the North British Academy. Lenygon died in New York City in 1943. He was survived by his second wife, Jeanette Becker Lennygon, whom he married in 1926.

Jeannette was also a well-respected interior designer, best known for her redecoration of several rooms in the White House during John F. Kennedy's presidency and for the interior redesign of Gracie Mansion for New York mayor John Lindsay.

She was also a founding member of the American Institute of Interior Designers. Jeannette died in Evanston, Illinois, in 1977.