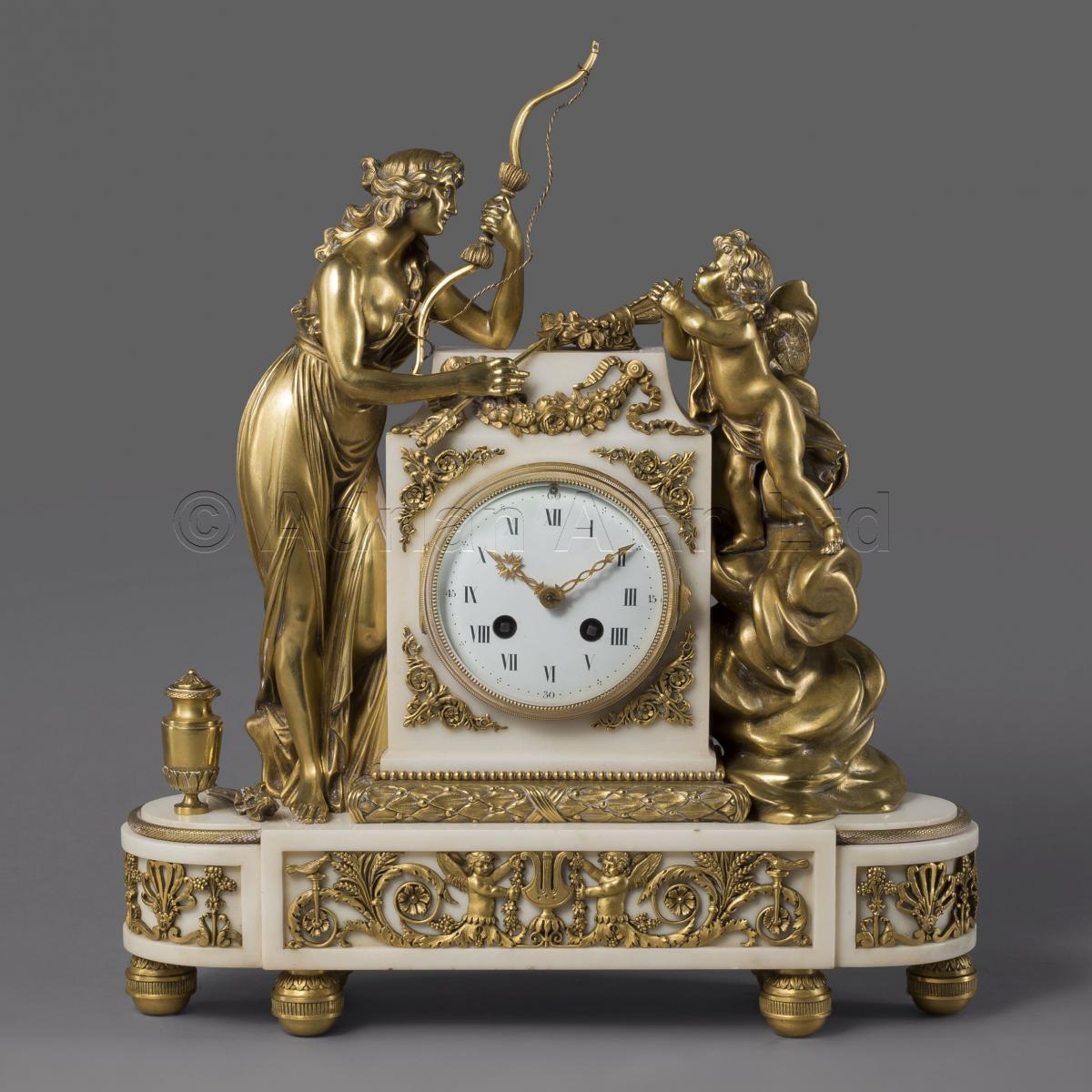 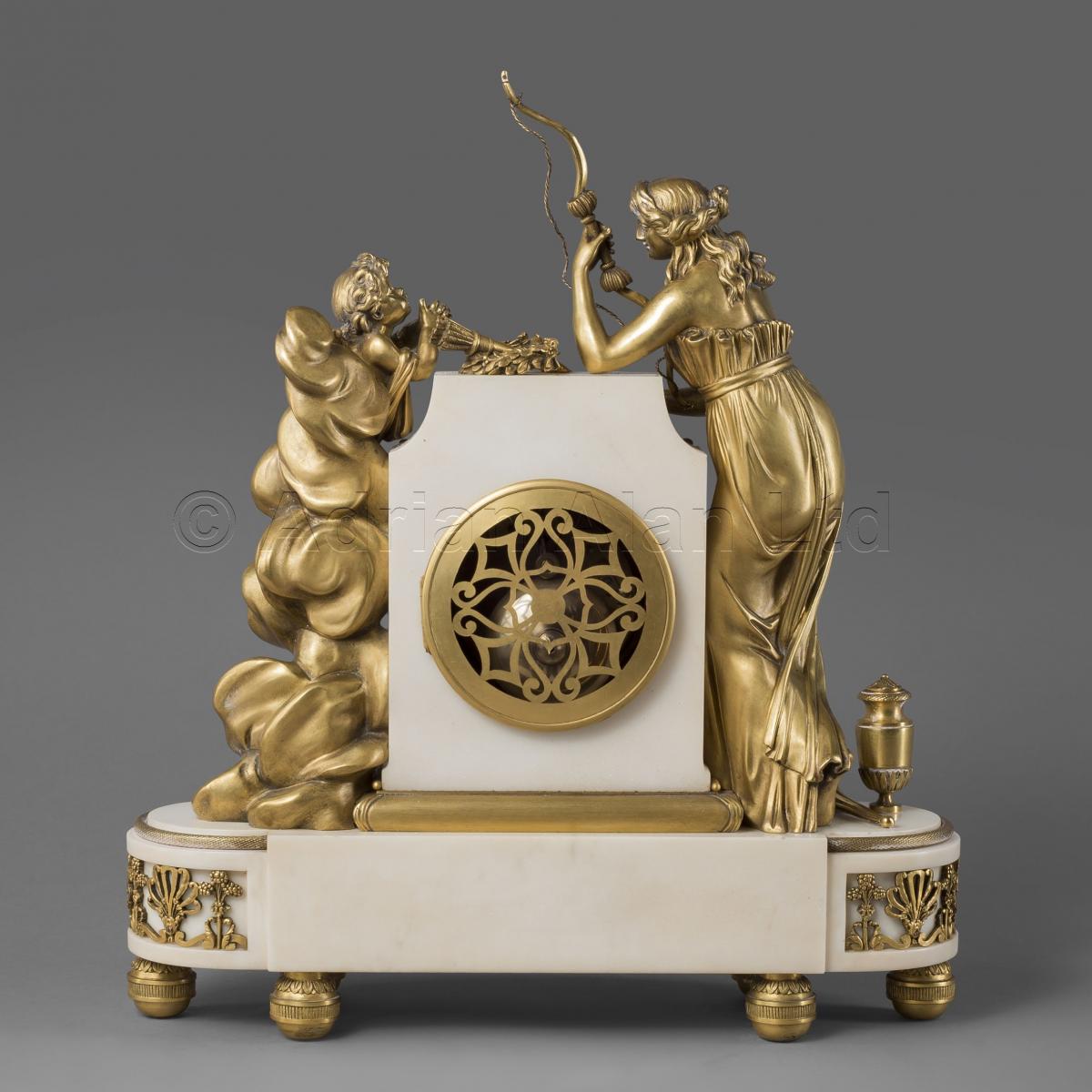 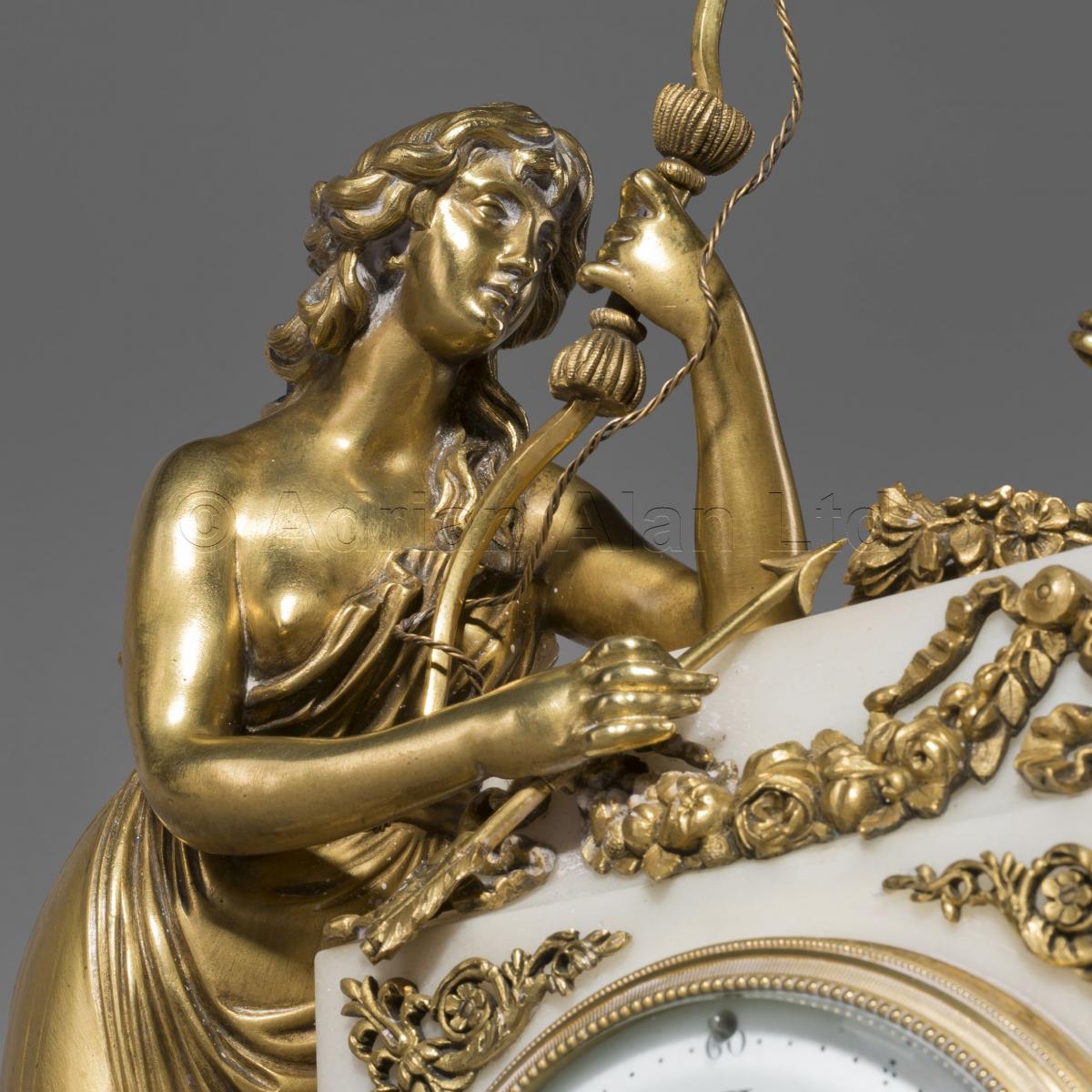 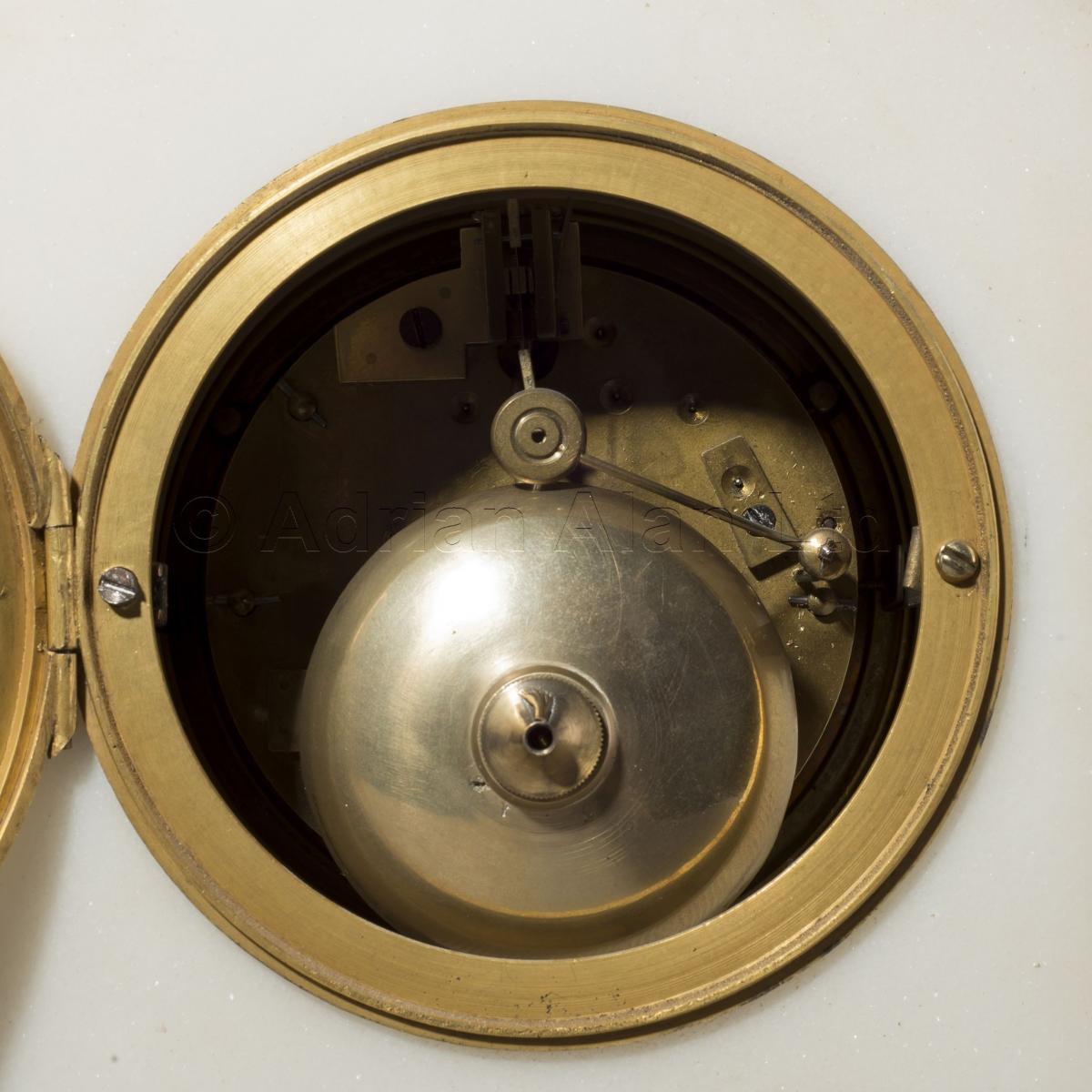 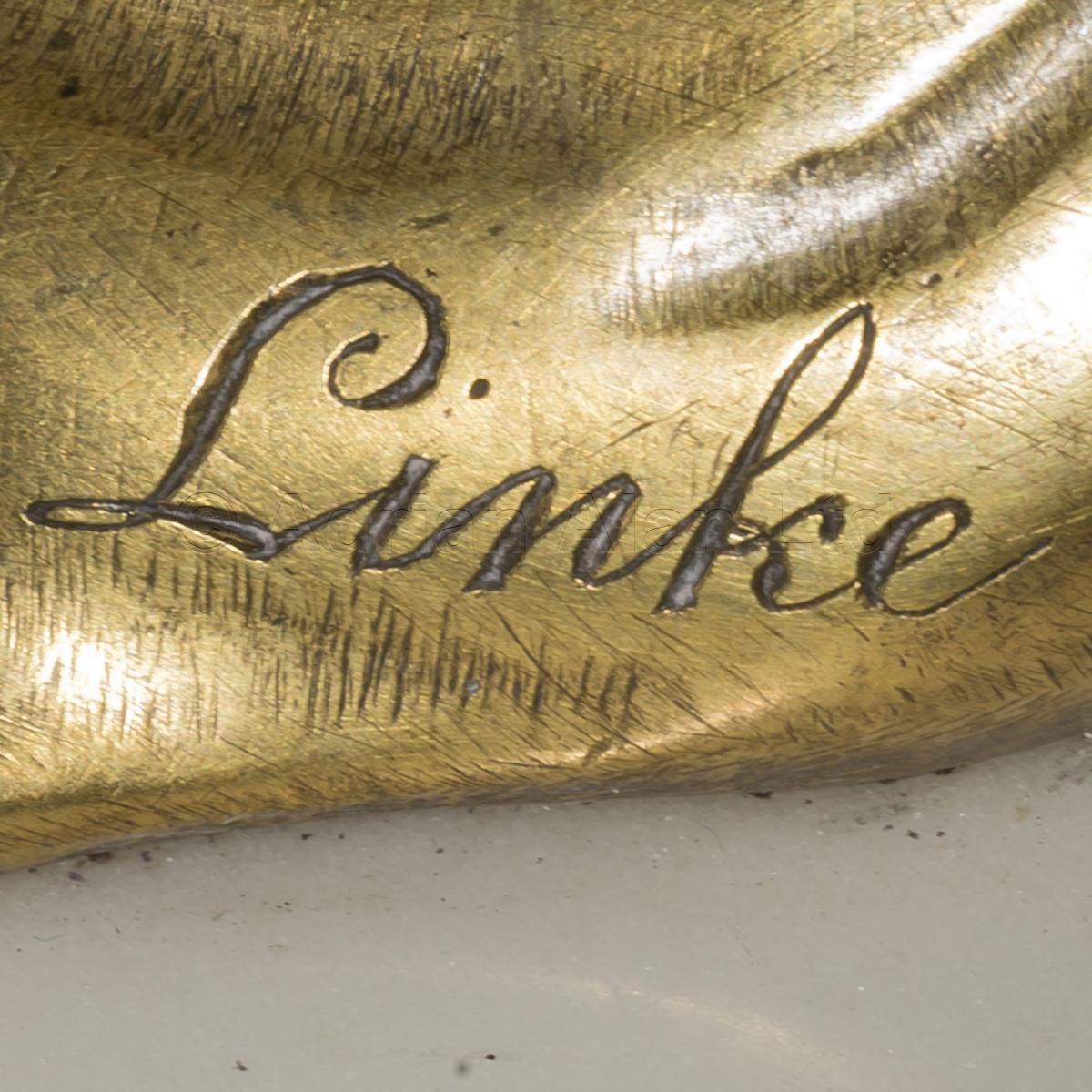 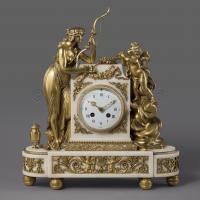 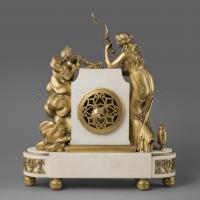 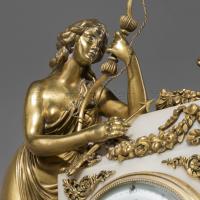 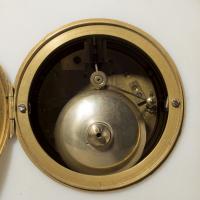 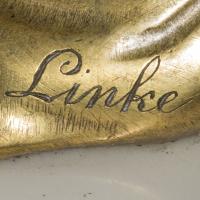 Signed to the bronze 'Linke'.

This rare example of a clock by François Linke has a twin train eight-day movement striking on a bell.

The Louis XVI style case features a very finely cast figure of the Goddess Diana and a exuberant Cupid rising on a pillar of clouds, the Goddess having confiscated his bow.

The formation of Linke's distinctive style was made possible by his collaboration with the sculptor Léon Messagé.
Together Linke and Messagé designed furniture for Linke's 1900 exhibition stand, with  exuberant allegorical figures cast in high relief, that exemplified Linke's ability to seamlessly merge the different mediums of wood carving, bronze and marquetry into a dynamic unified whole. 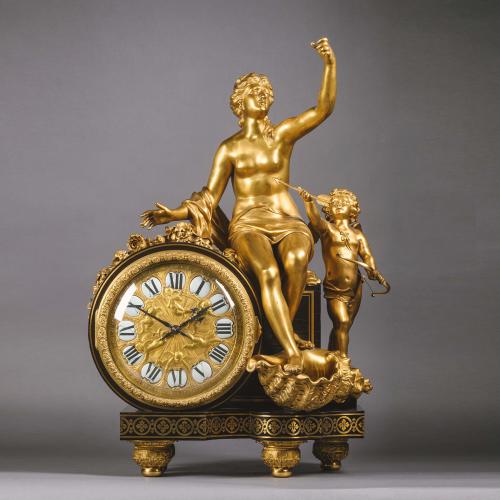 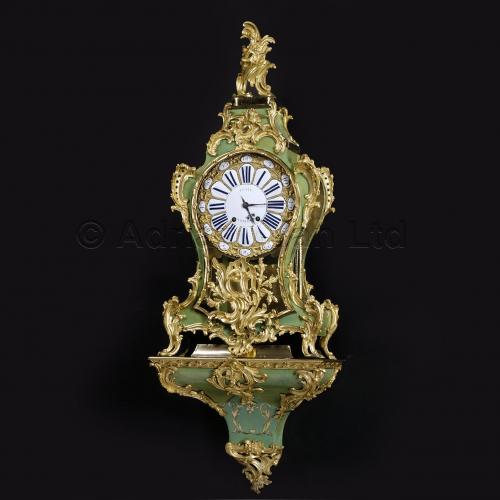 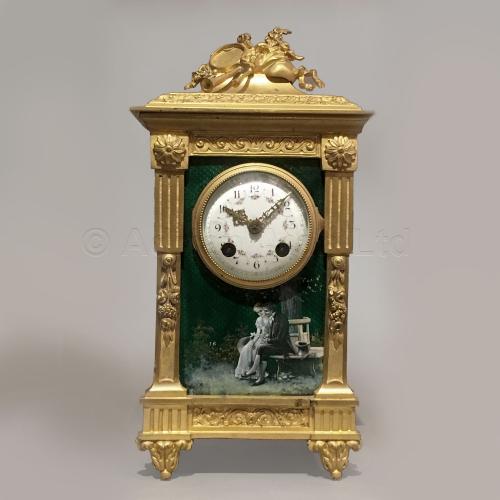