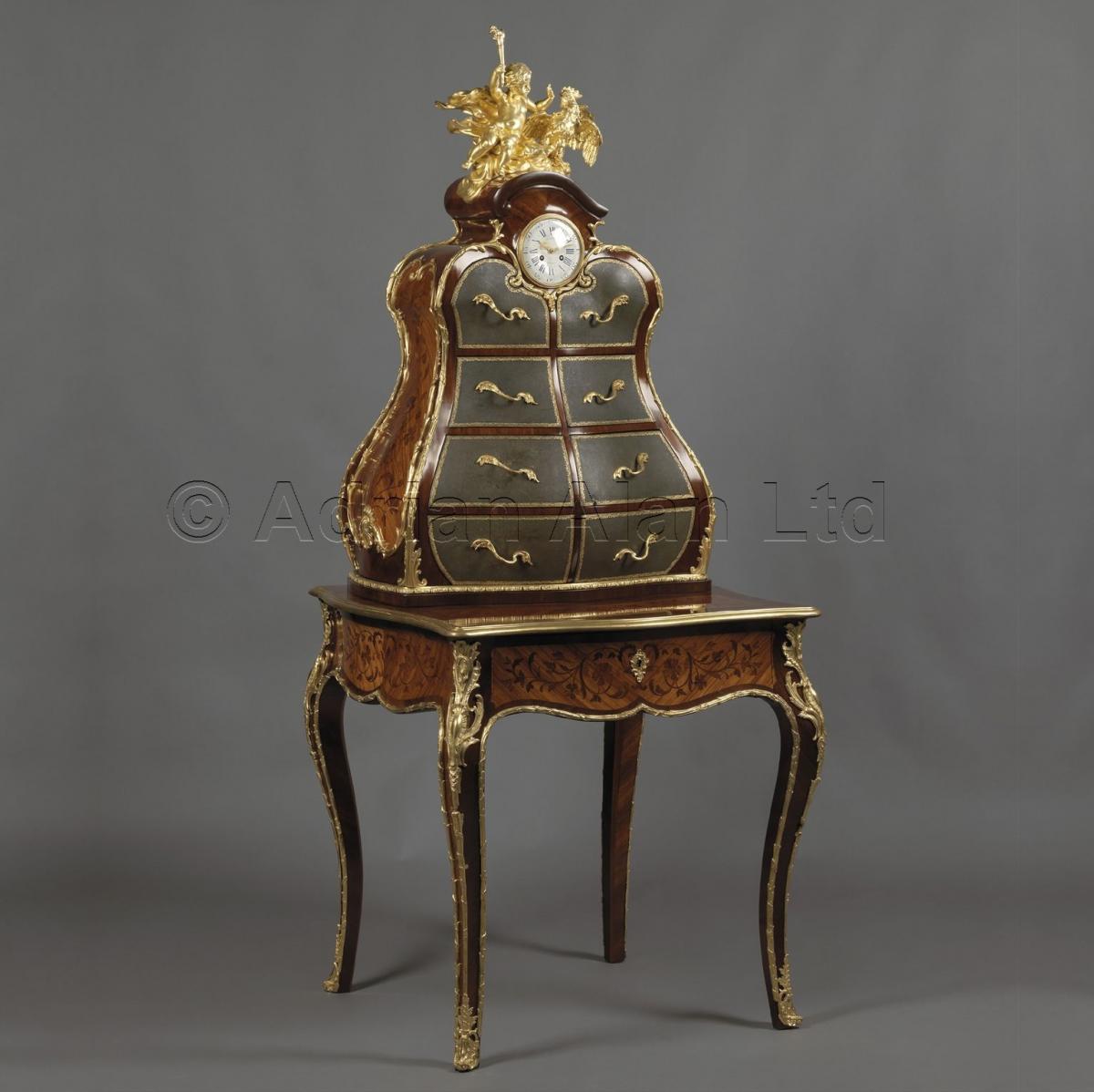 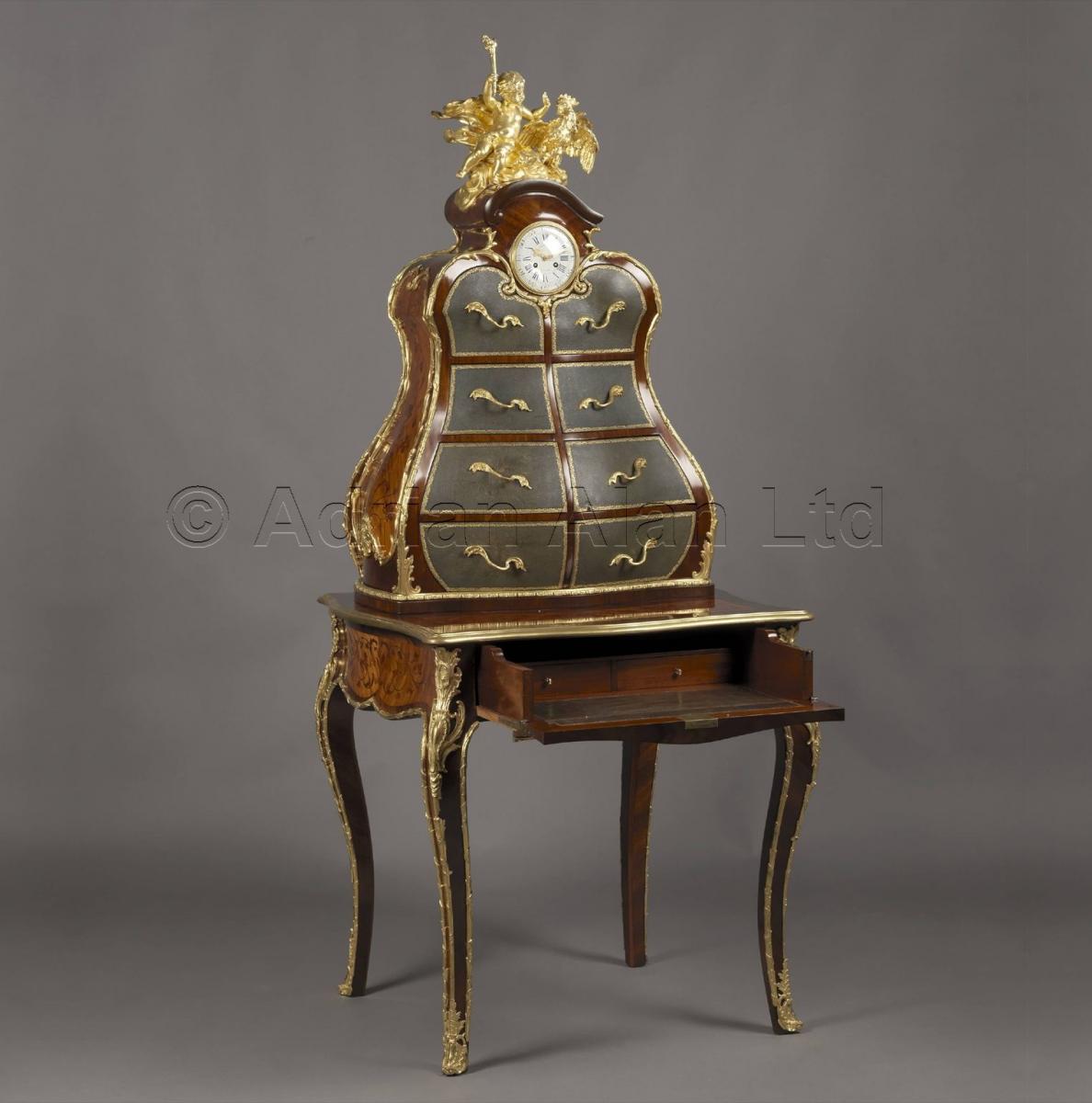 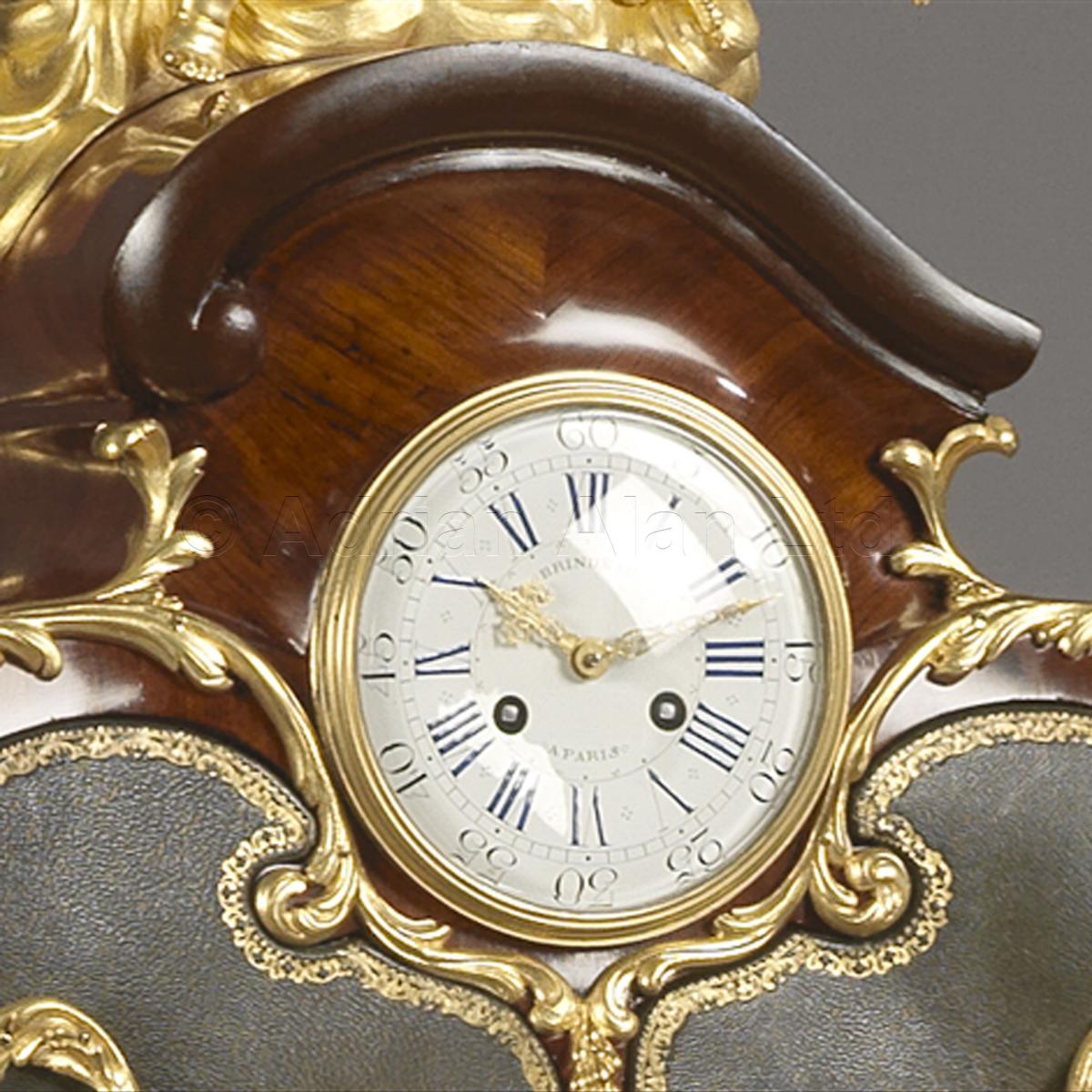 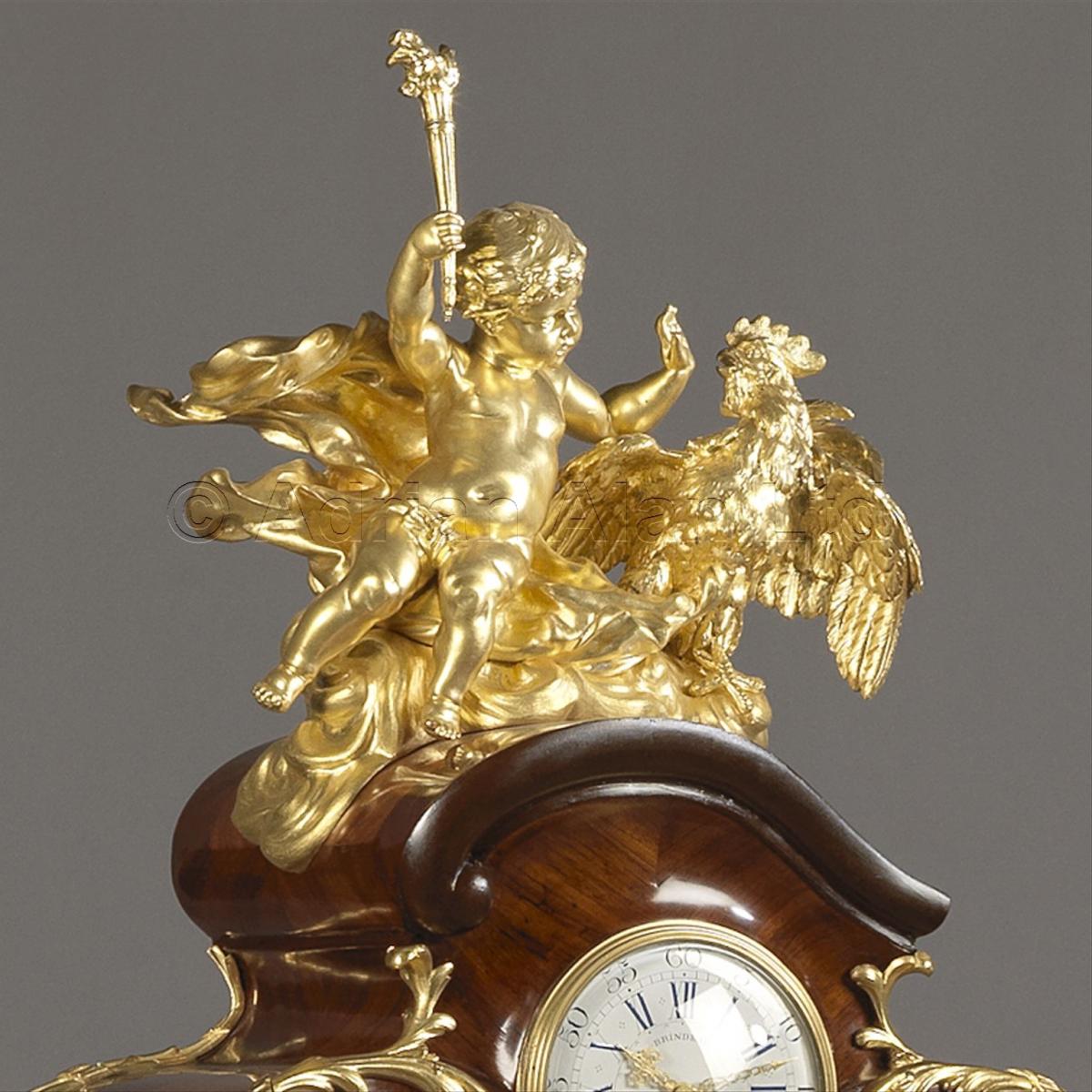 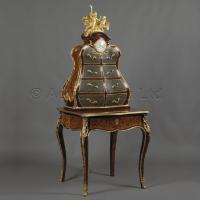 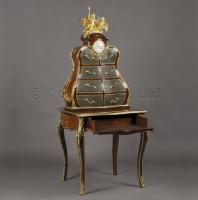 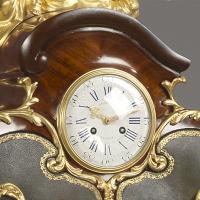 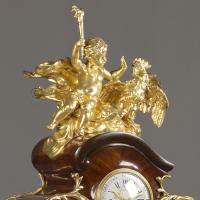 This unusual writing desk has a bombé shaped cartonnier (an ornamental box for papers usually for placing on a desk), surmounted by a gilt-bronze putto and a cockerel.  The top section is inset with a clock above eight tooled green leather fronted drawers with scroll handles, the shaped sides and back finely inlaid with marquetry panels. The lower section has a fall-front frieze drawer with leather writing surface, opening to two small interior drawers.  It is supported by four cabriole legs with fine gilt-bronze acanthus mounts.

The distinctive shape and form of the cartonnier bears close comparison to a Louis XV style bureau by Joseph-Emanuel Zwiener which also incorporates eight leather fronted drawers but is surmounted by a pair of gilt bronze putti and a hound.  A further related bureau and cartonnier by Boudet is illustrated by D. Ledoux-Lebard in her book 'Le Mobilier Francais du XIXe Siecle', p. 95.

Founded in 1864 in Troyes as Bresson-Vachette, named after its founders, the company became Vachette Frères in 1865 and rapidly became one of the leading French locksmiths of the second half of the 19th century.   With a commercial office in Paris and workshops in Troyes, and from 1870 in Sailly-Flibeaucourt; Vachette supplied locks to many of the most important Parisian ébénistes of the period. Their locks from this time are marked with their famous stamp of 'V.F' and 'Paris' above crossed keys and  can be found on some of the most important furniture created at the end of the 19th century.

Today, the mark ‘Vachette’ still exists as a subsidiary of STREMLER/JPM and LAPERCHE, under the holding of the Swedish group ASSA ABLOY.