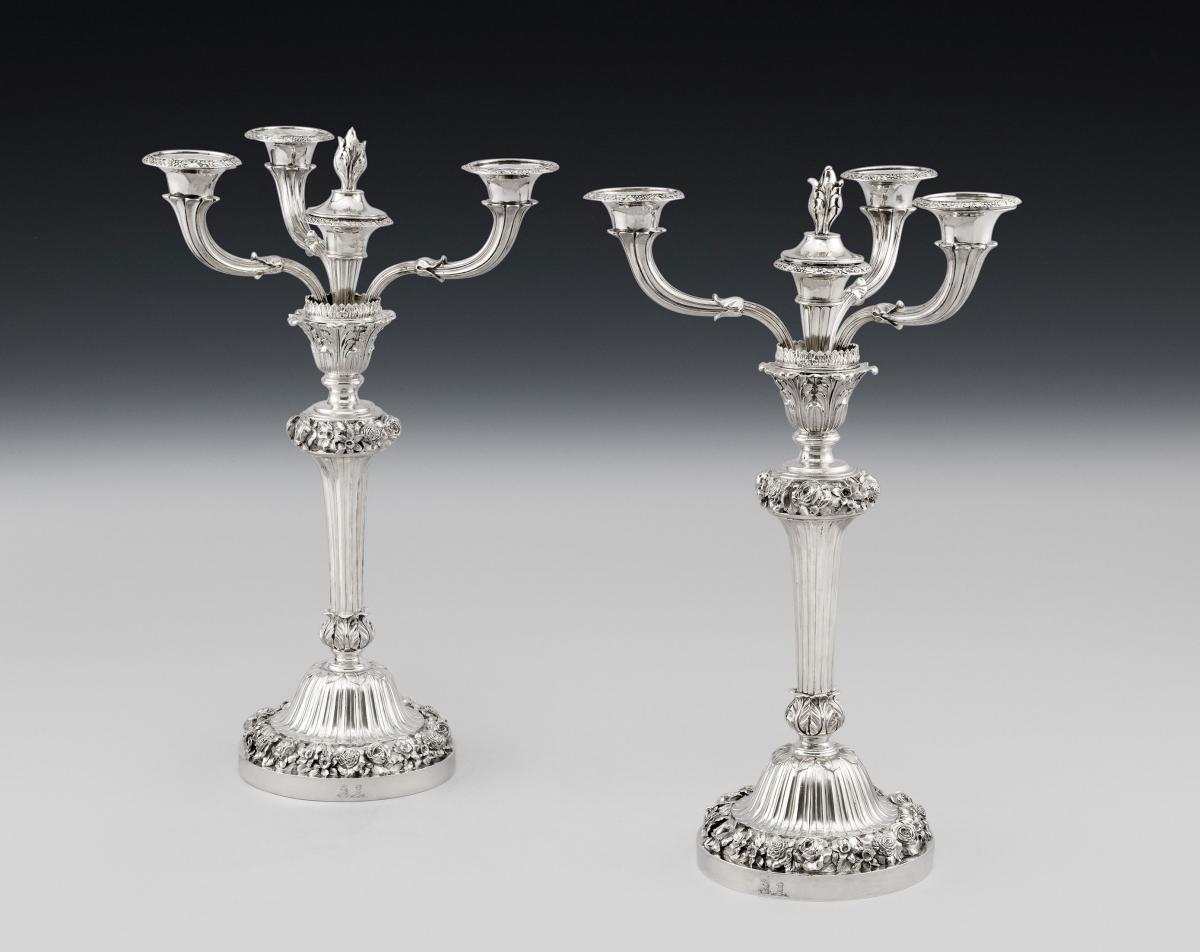 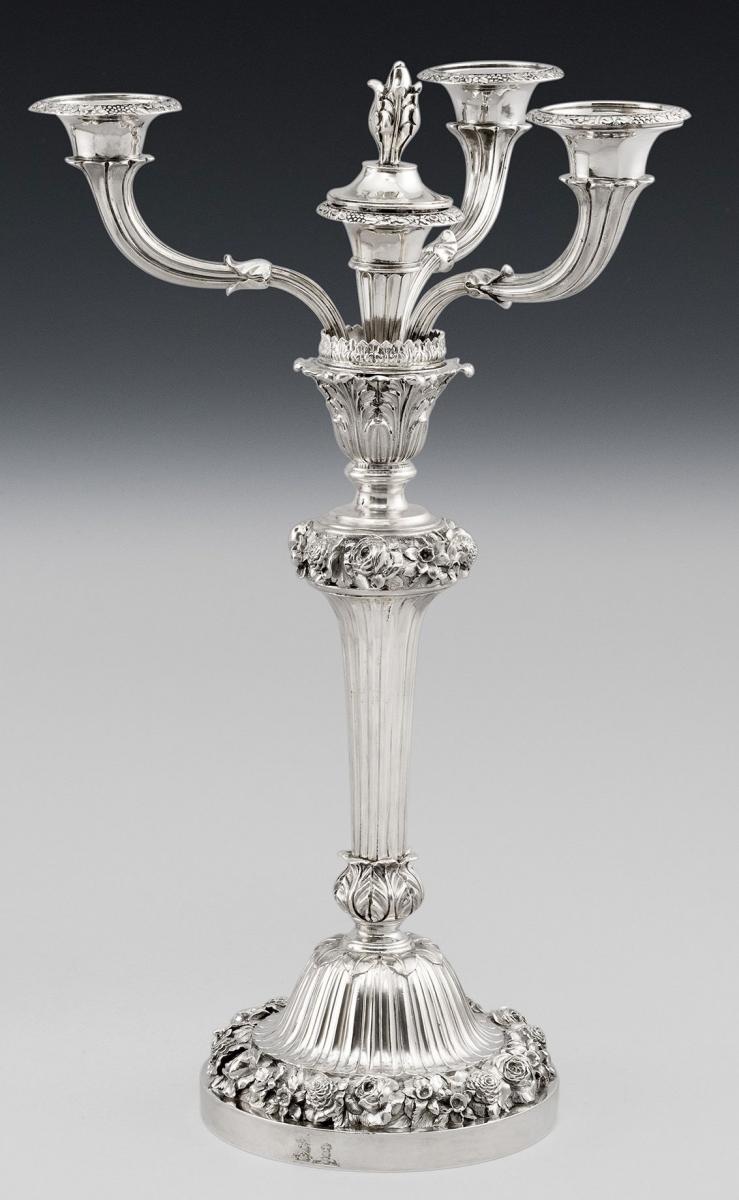 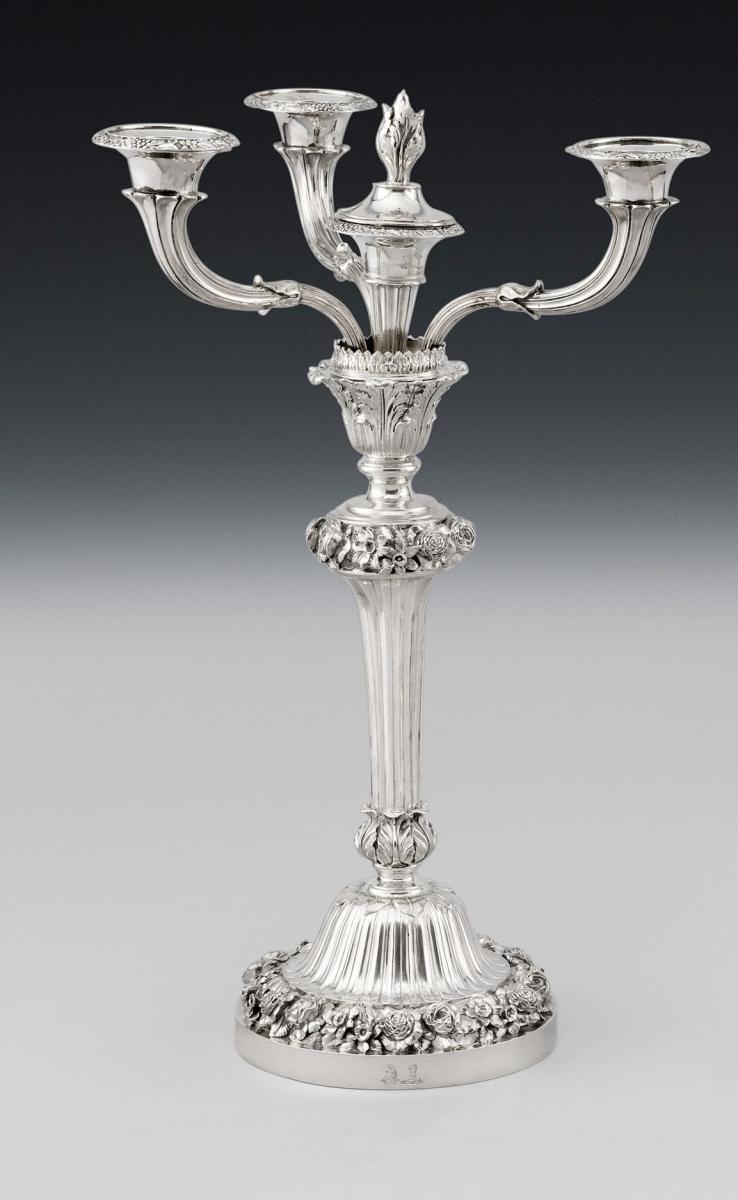 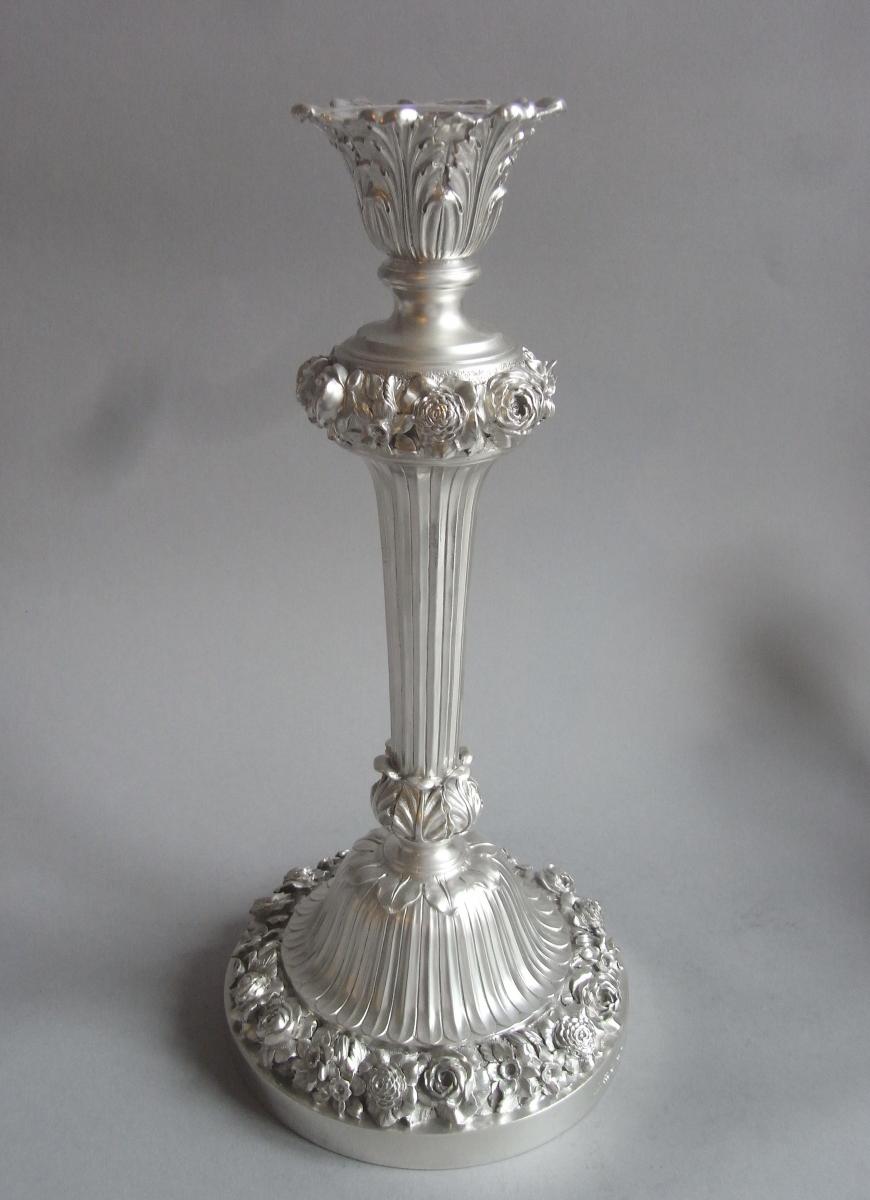 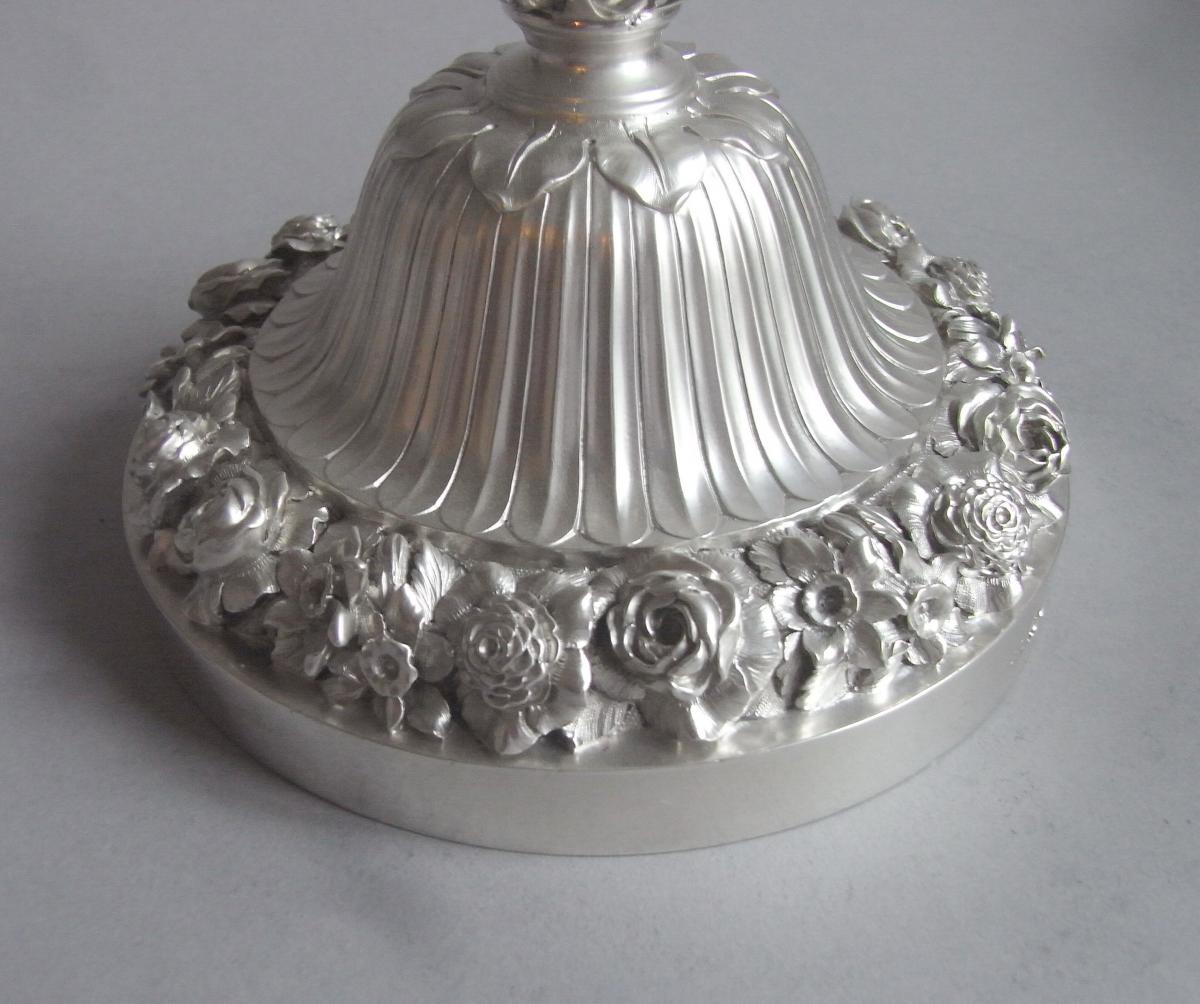 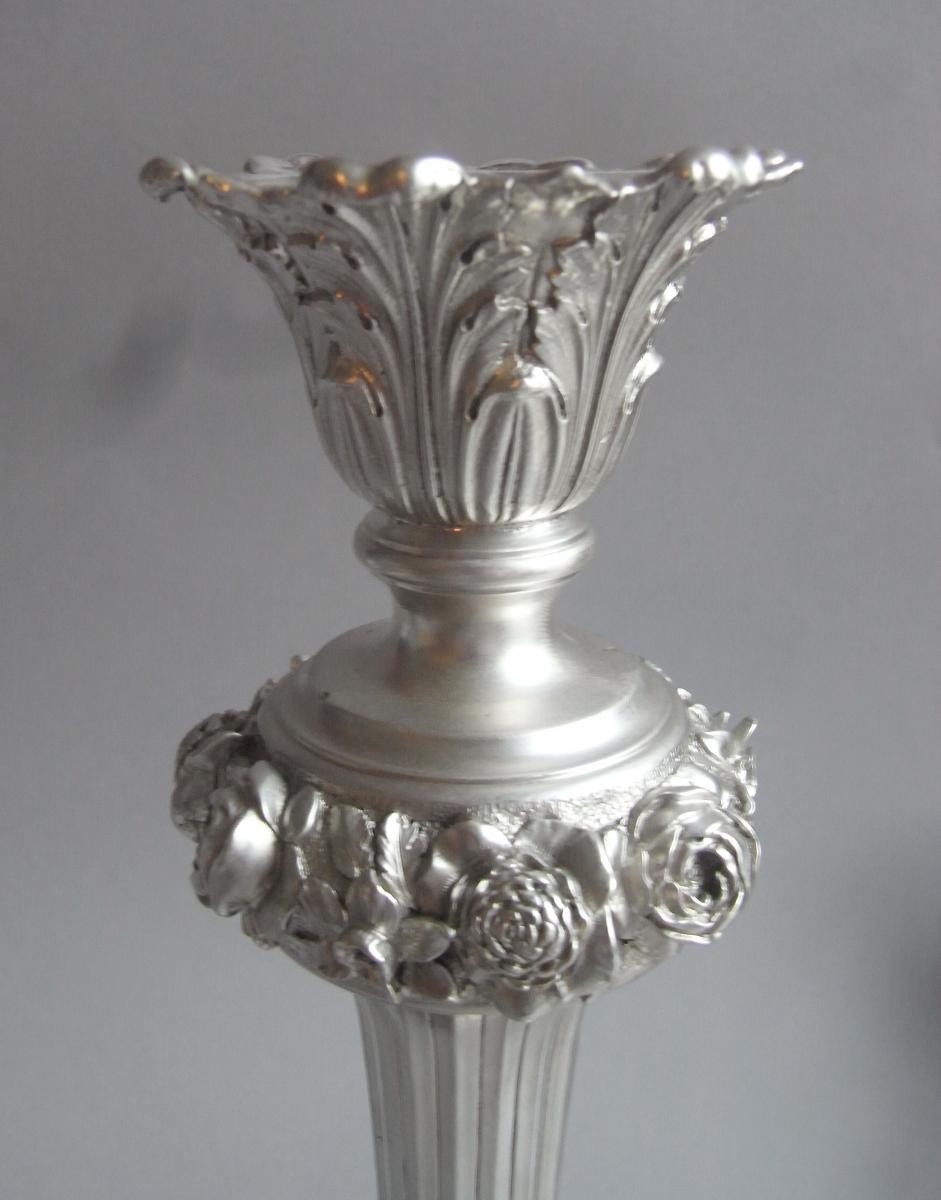 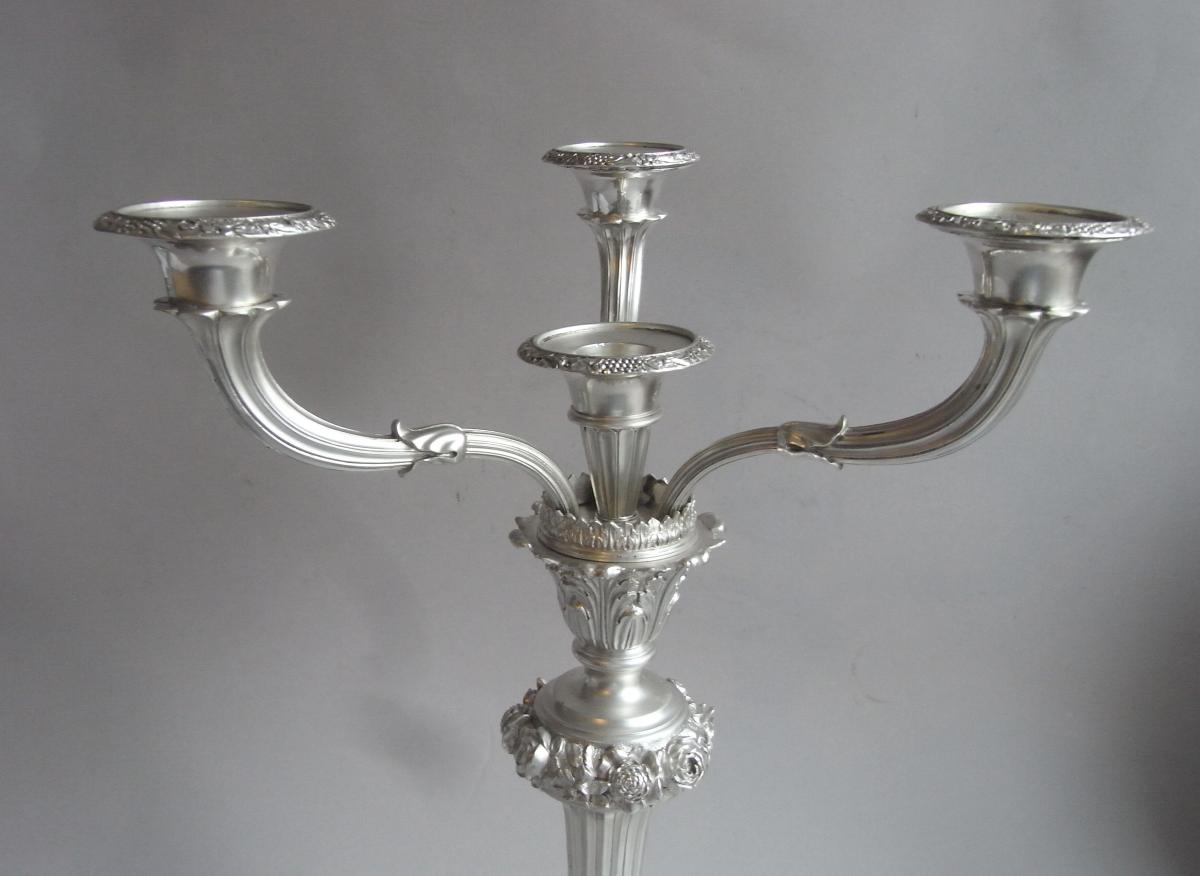 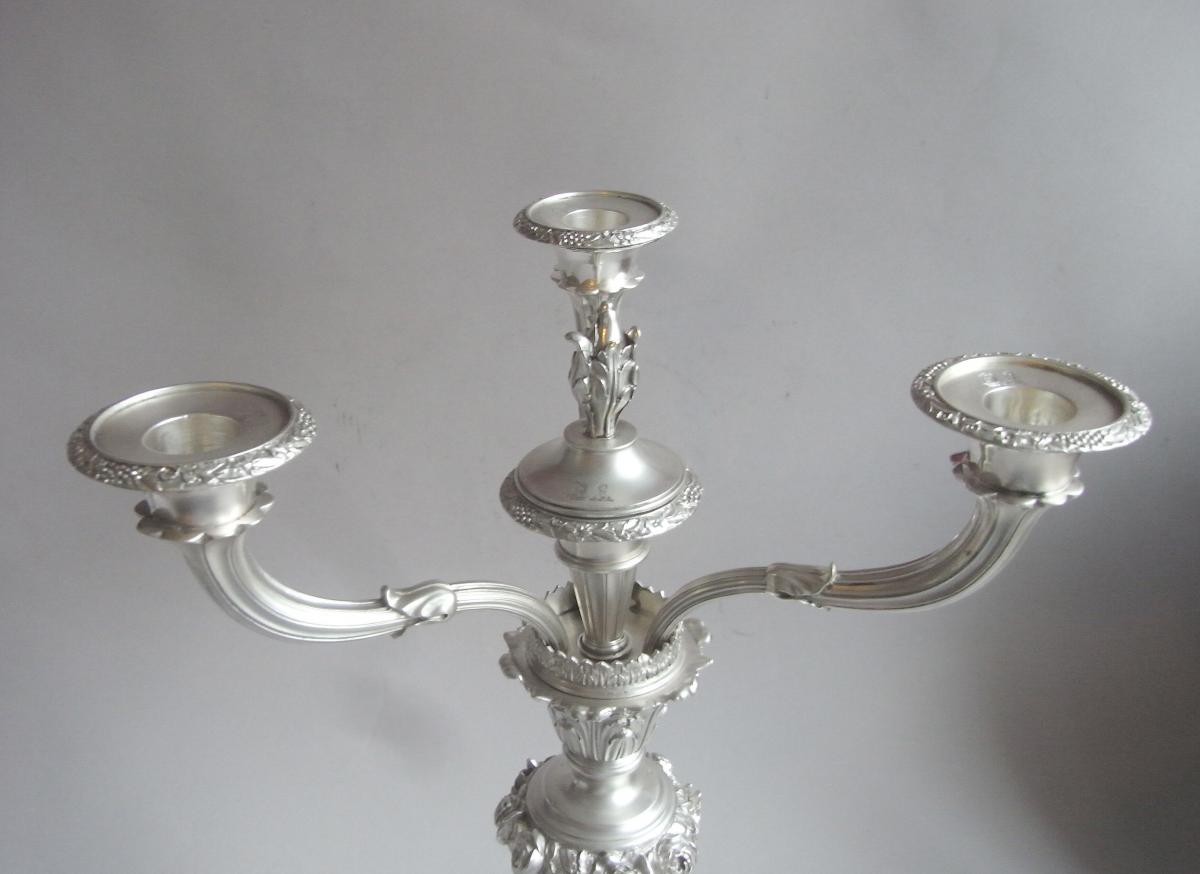 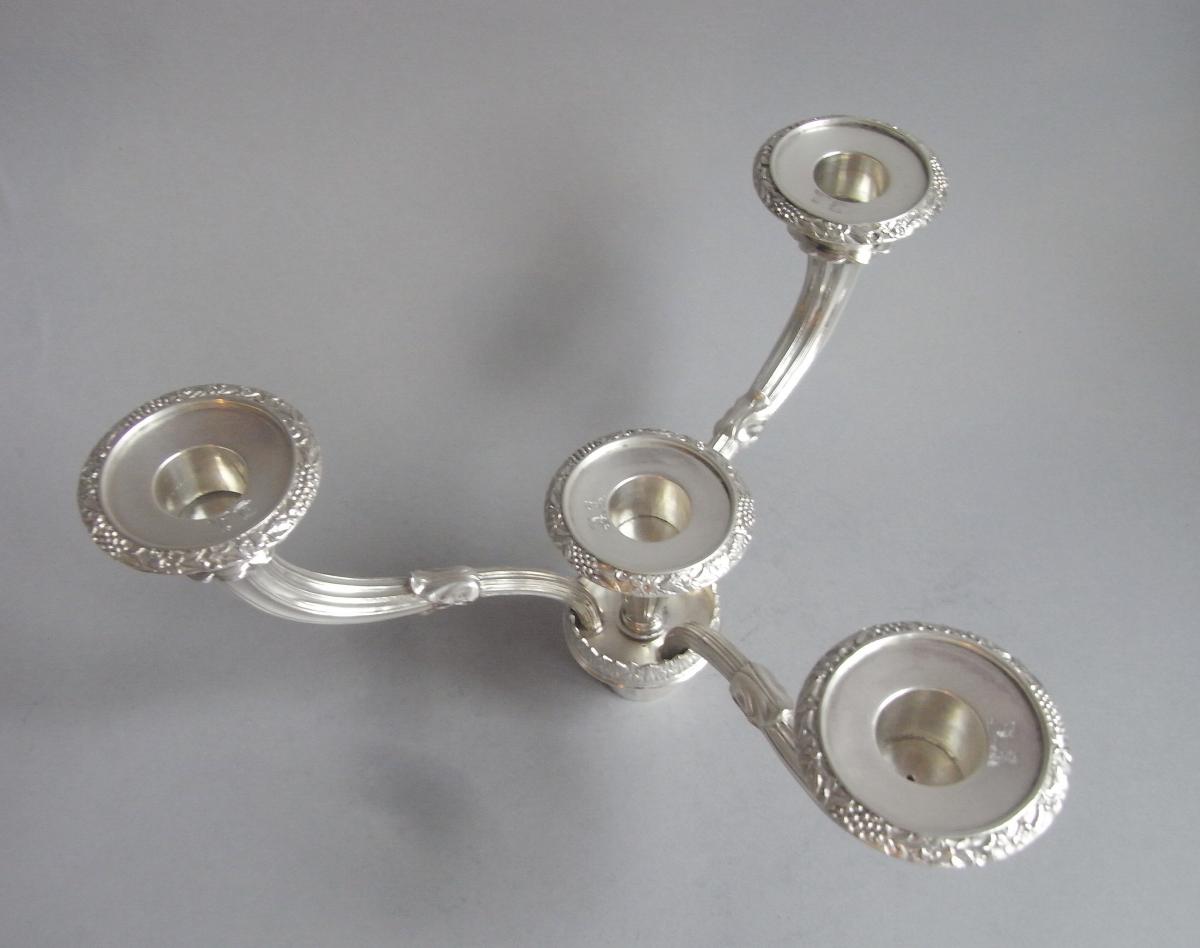 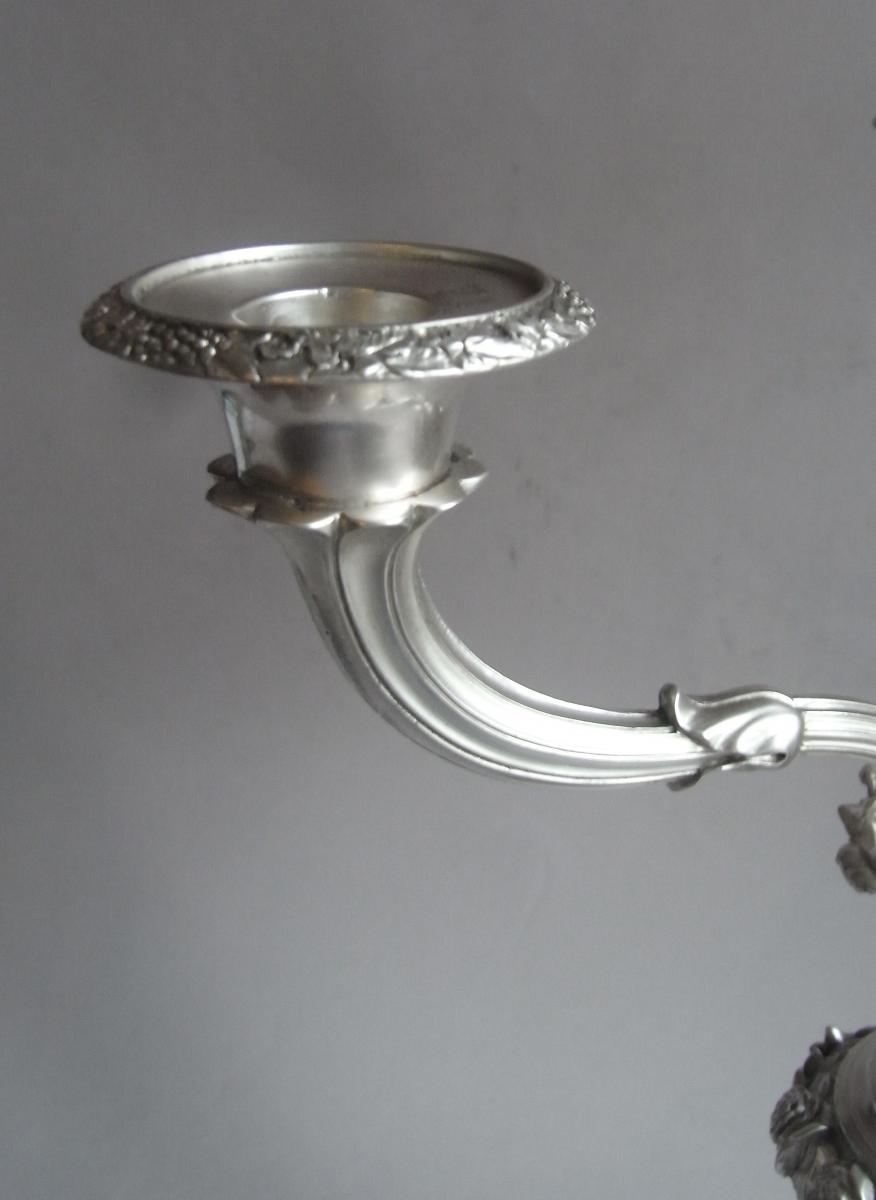 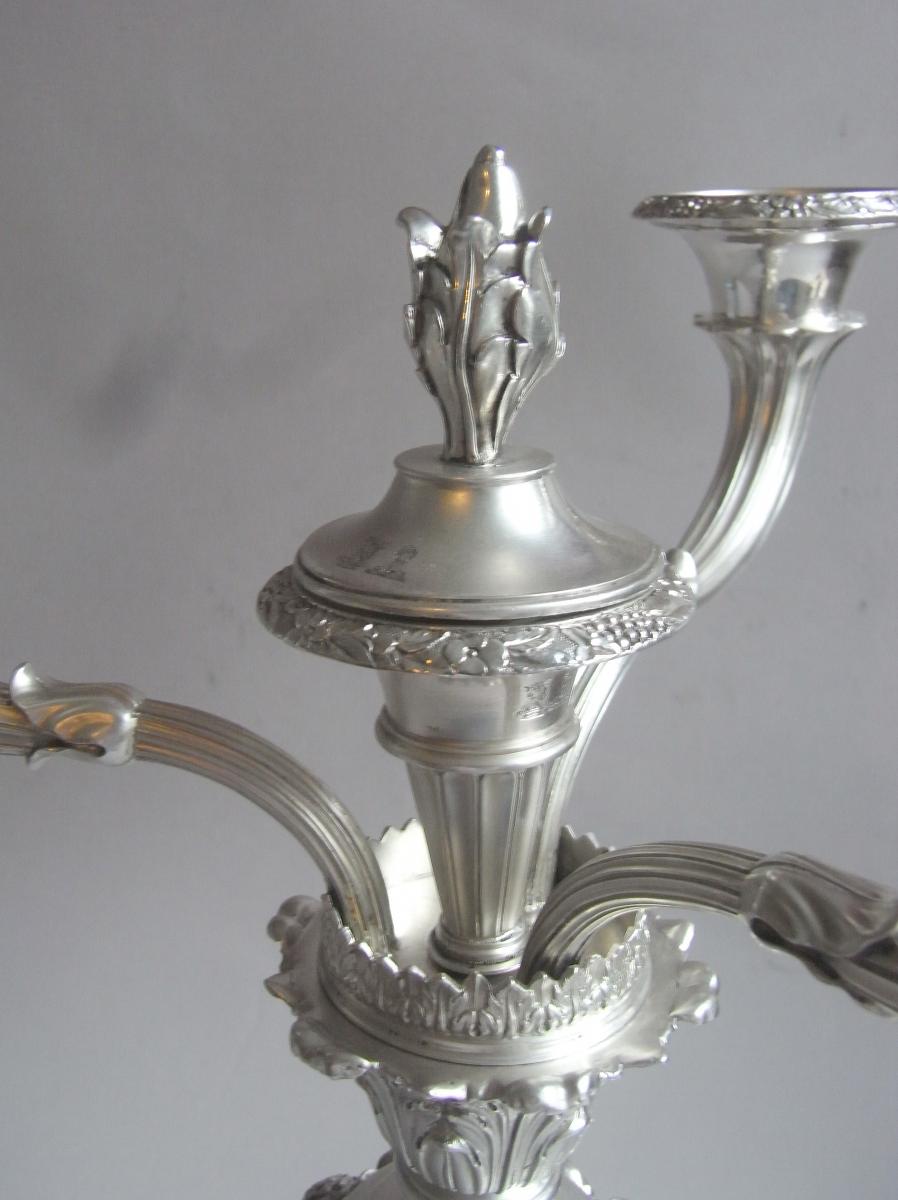 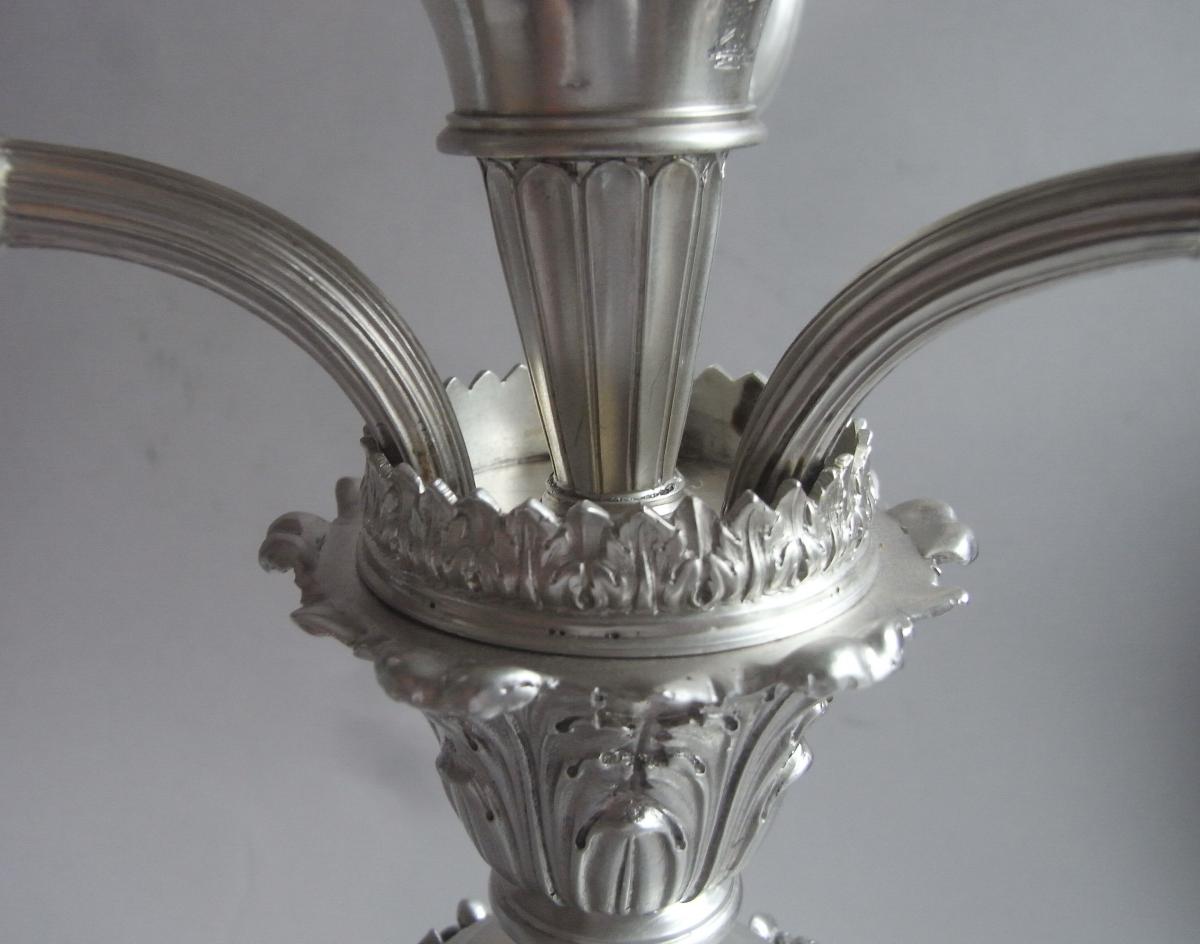 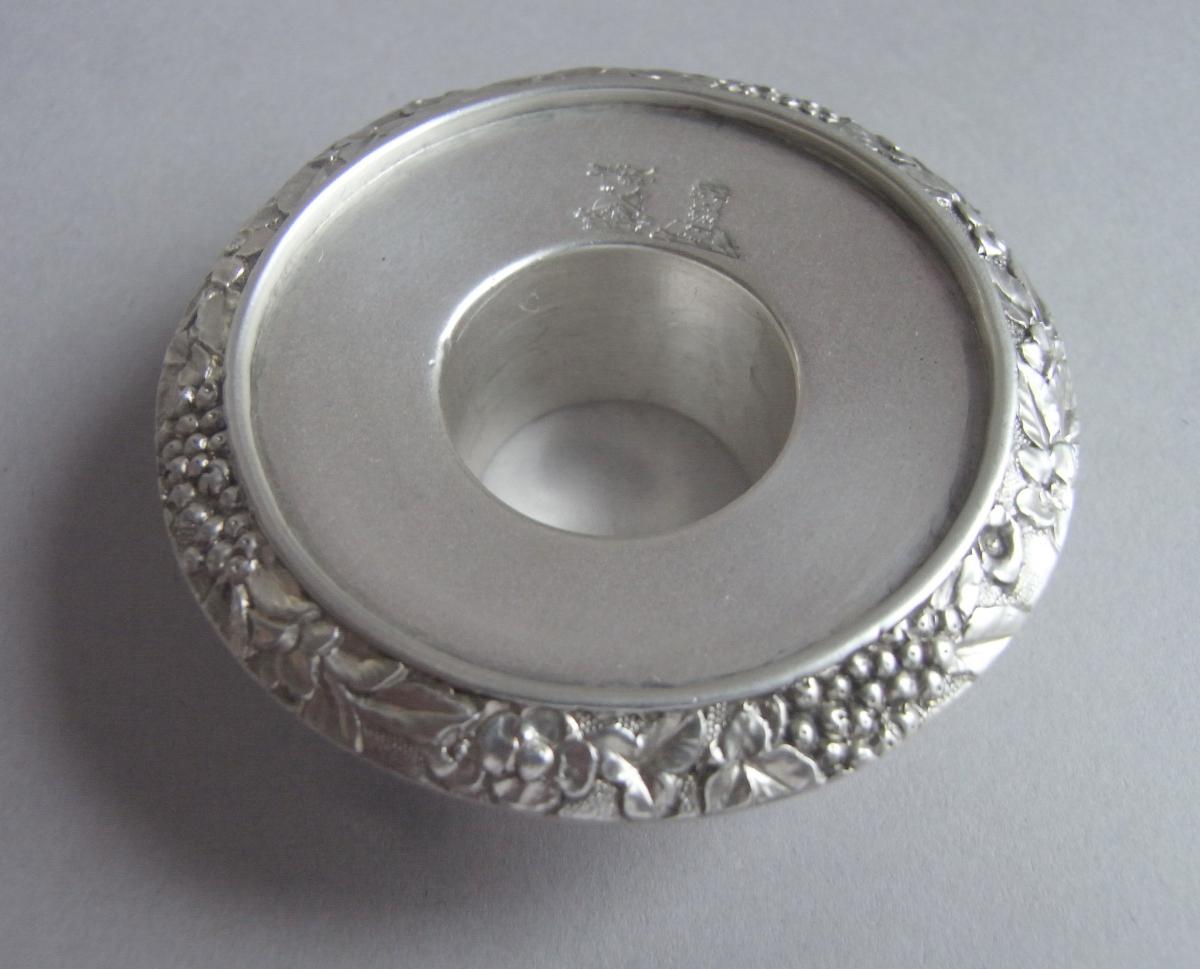 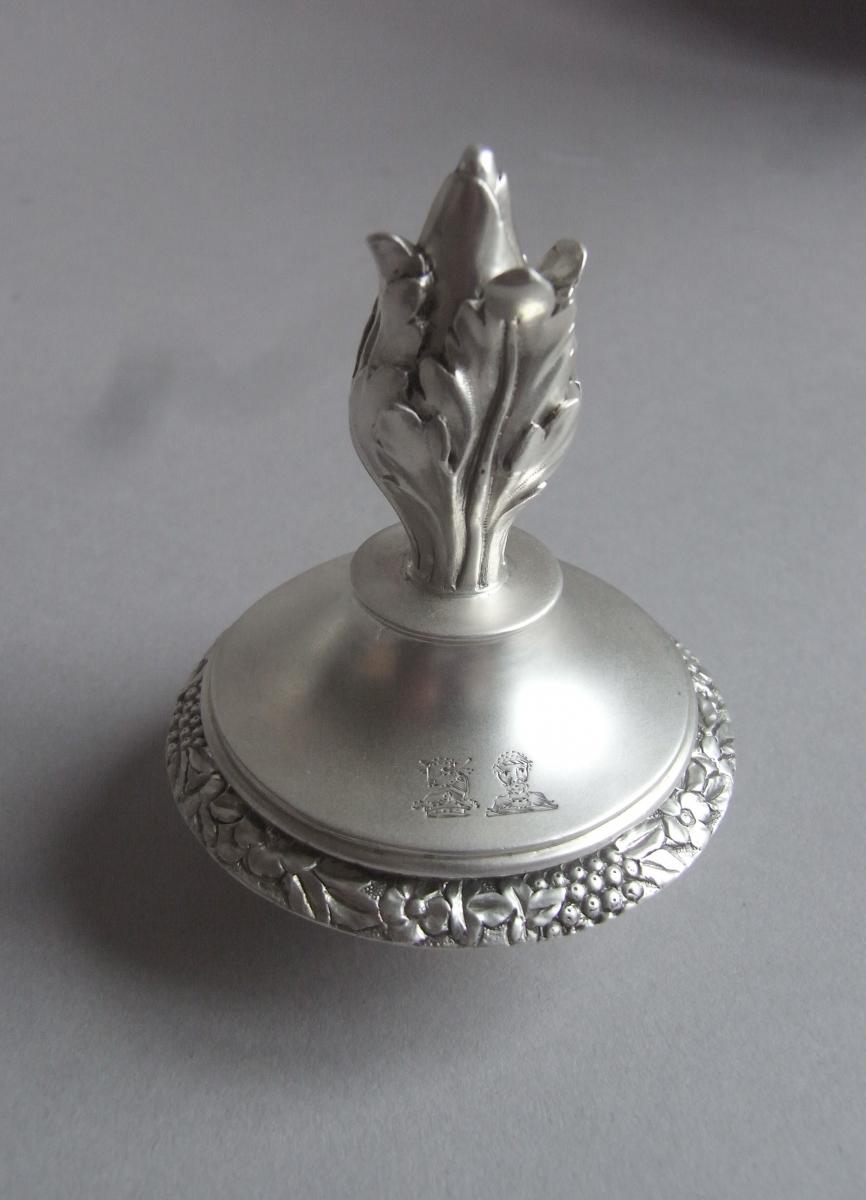 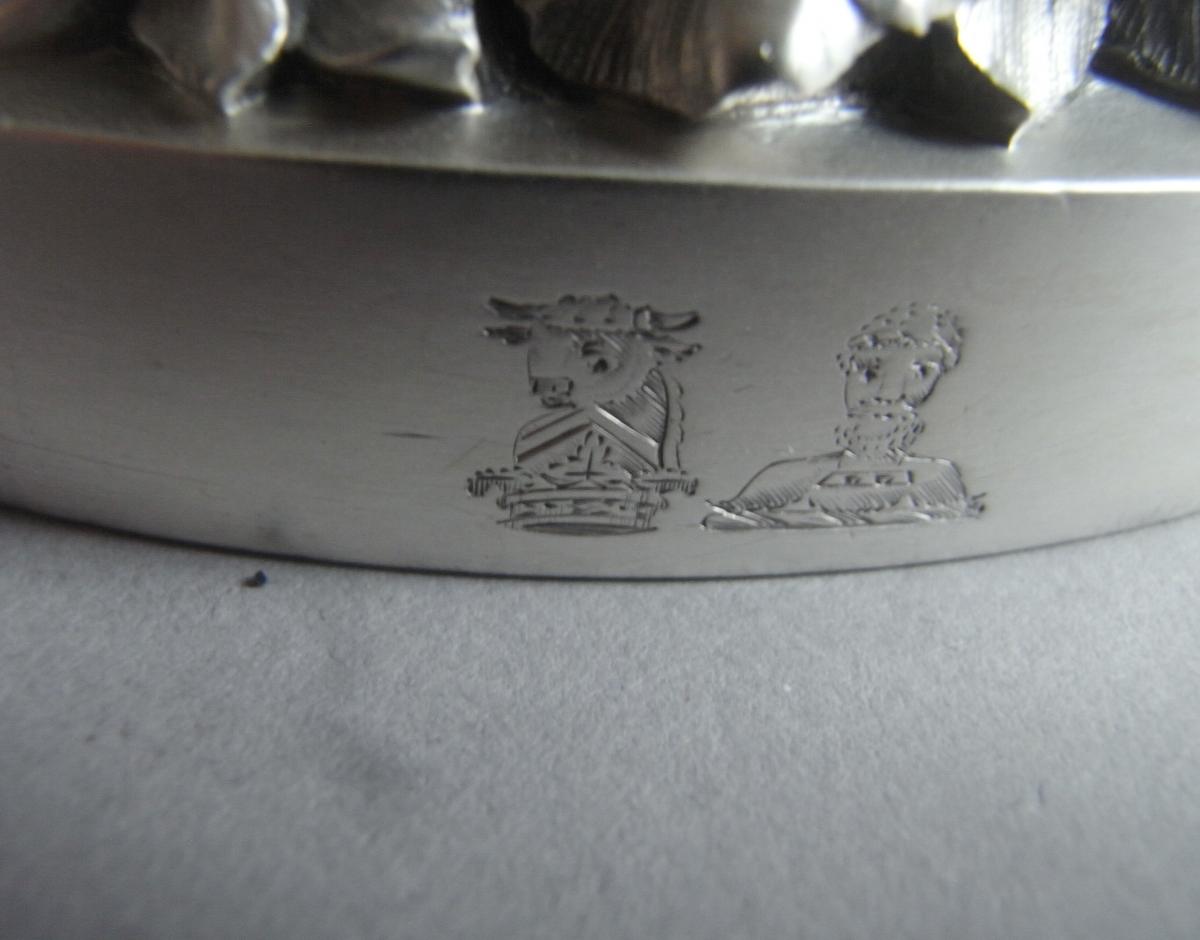 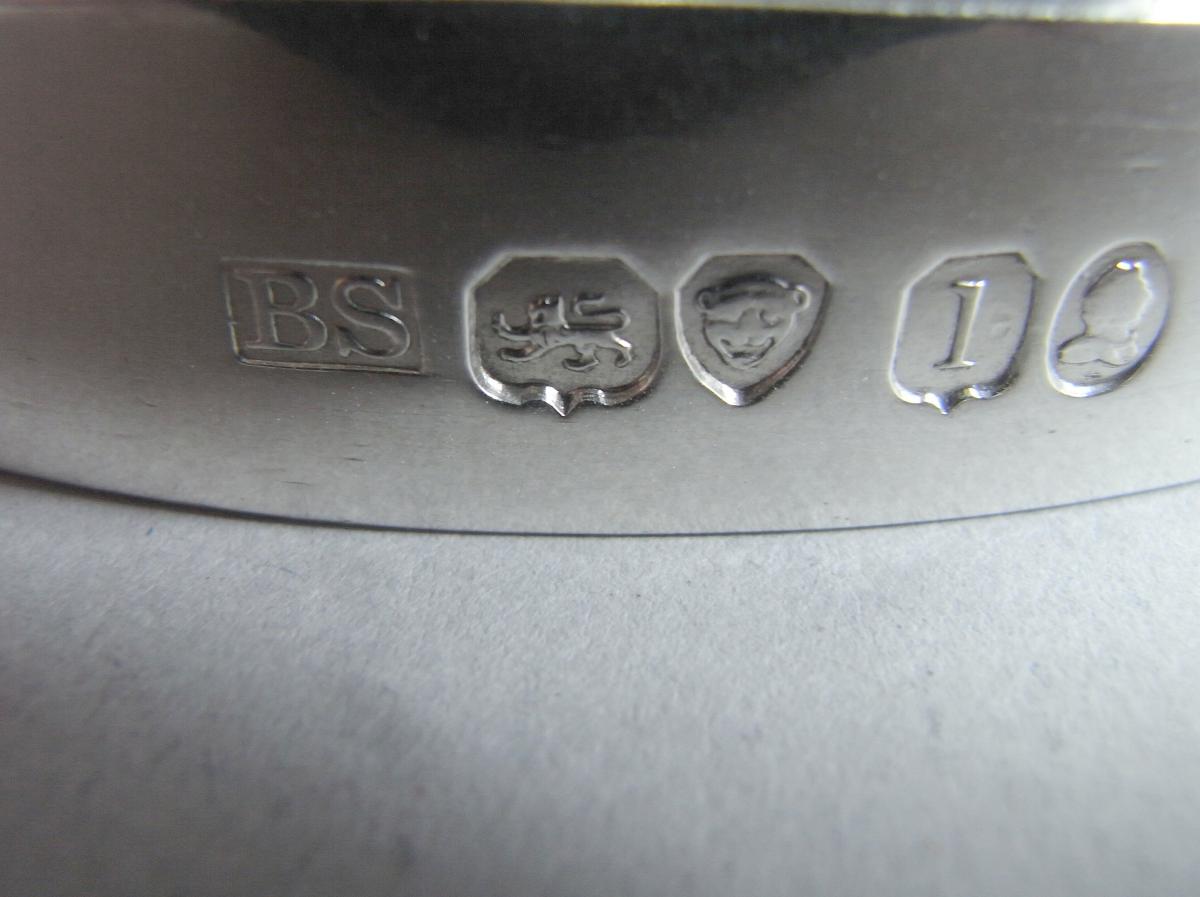 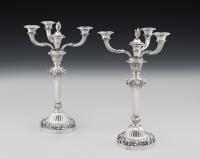 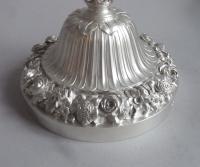 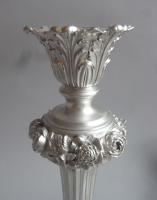 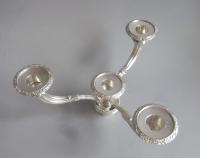 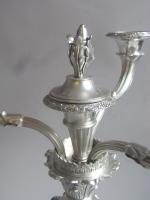 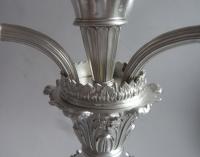 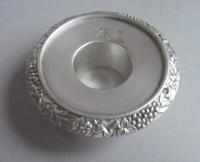 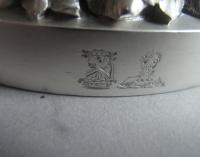 The Candelabra are cast and stand on a very unusual circular base decorated with a very crisp band of flower heads, including roses, in high relief. The domed section of the base is decorated with flat fluting and rises to a band of foliate motifs.

The flat fluted shaft rises to another band of raised flower heads, as seen on the base, and a flared socket displaying acanthus foliage, which is where the branches are attached. The branches fit into the main shaft and are held in place with pins.

The central section, of the branches, displays an unusual coronet band of leaves. The three "trumpet" shaped outer branches are decorated with fluting and leaf capping and the removable nozzles display a leaf and berry border.

The central light, is also fitted with a removable decorative frame, which can also be used to snuff out the candles. The nozzles, flame and socket are all engraved with a contemporary double Crest, one of them issuing from a Ducal Coronet.

The Candelabra are both in excellent condition and are fully marked in no less than fourteen places, on the base, branch sockets, all of the sconces and the two flames.

This is the first time we have seen this size, form and design of candelabra. They may well have been a special commission from these important workshops.

Benjamin Smith worked in the circle of Paul Storr and enjoyed Royal patronage, especially from George IV. His most important work is probably the famous Jamaica service of 1803 in the Royal Collection of Her Majesty Queen Elizabeth II.

The branches have the date letter for 1826 and the main shaft for 1825. This is simply where the hallmarking year changes in May and one section was marked on the last day of the year and the other section on the first day of the New Year.

This is seen often with items which have a number of different components. These are almost certainly the finest and most unusual candelabra we have offered over all of the years. 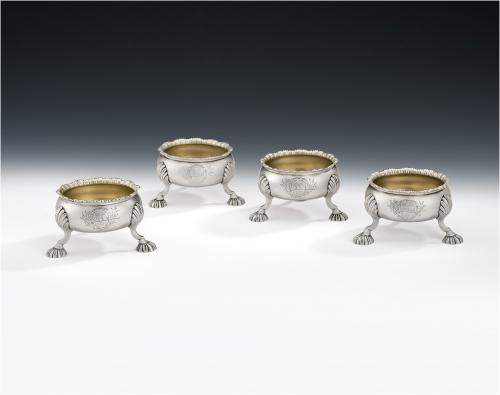 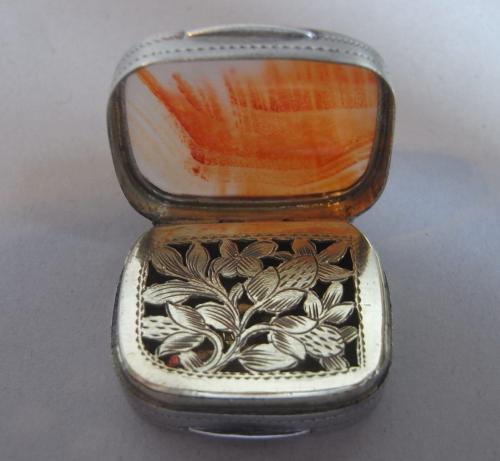 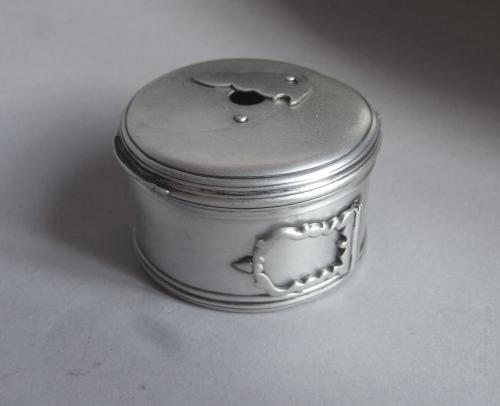