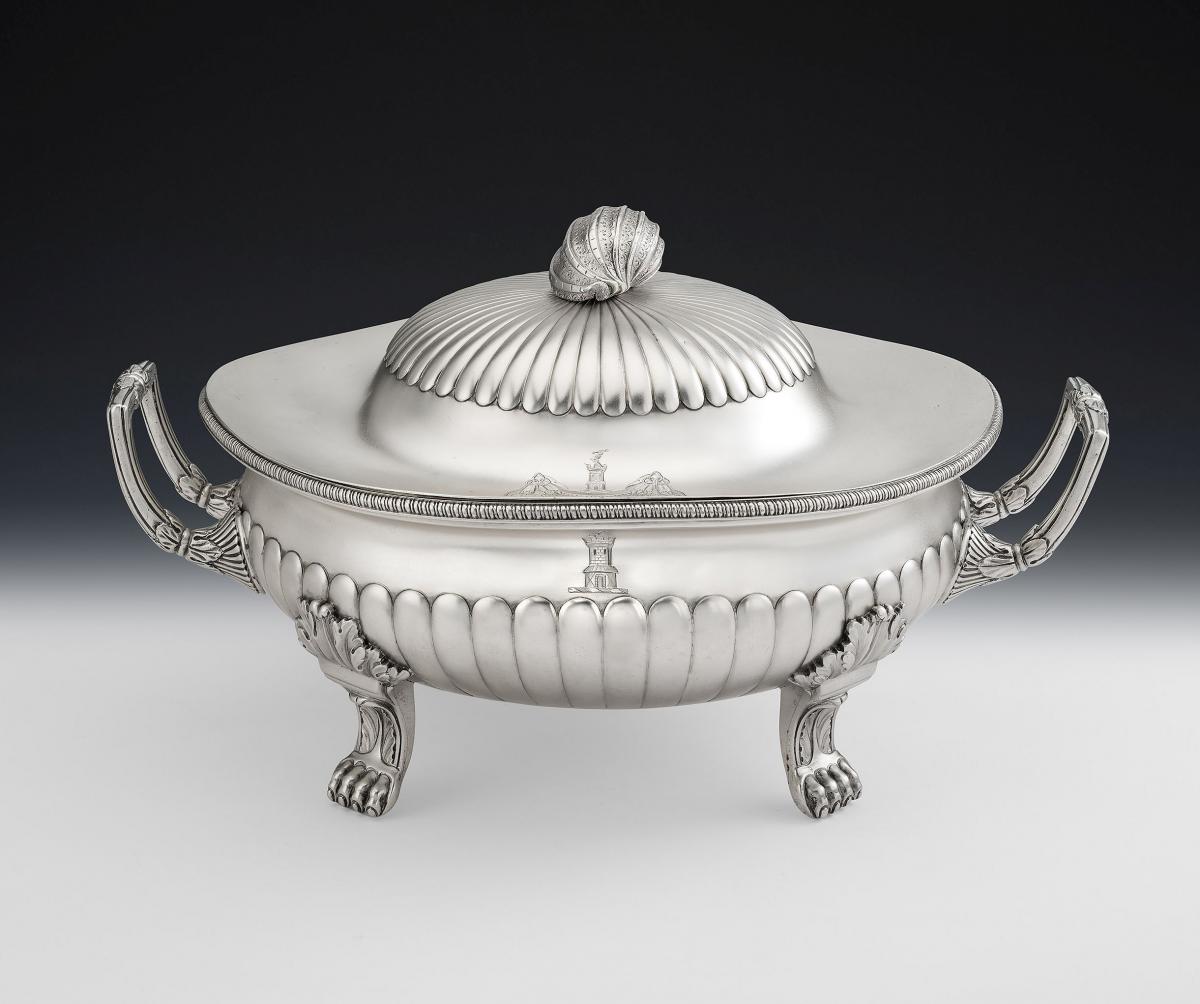 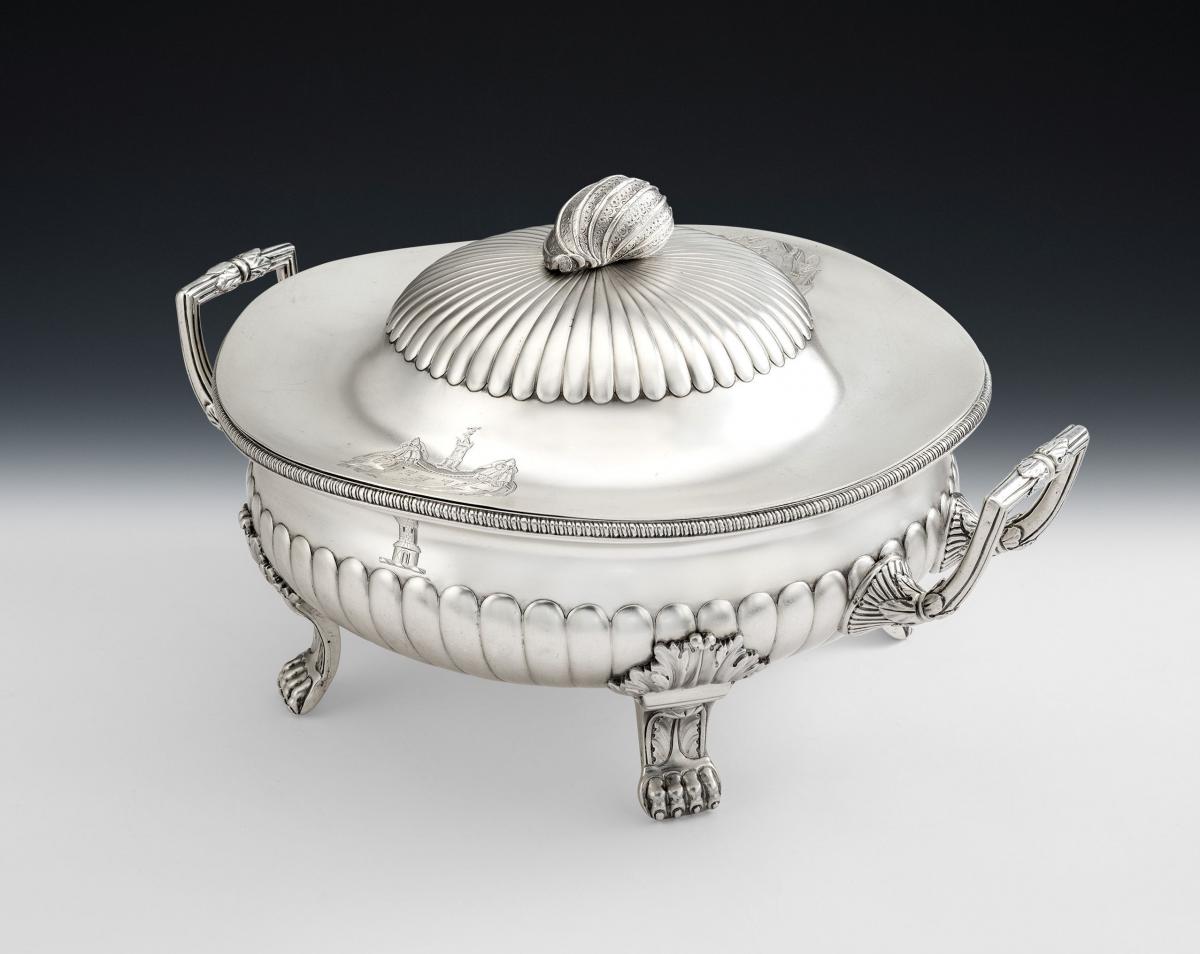 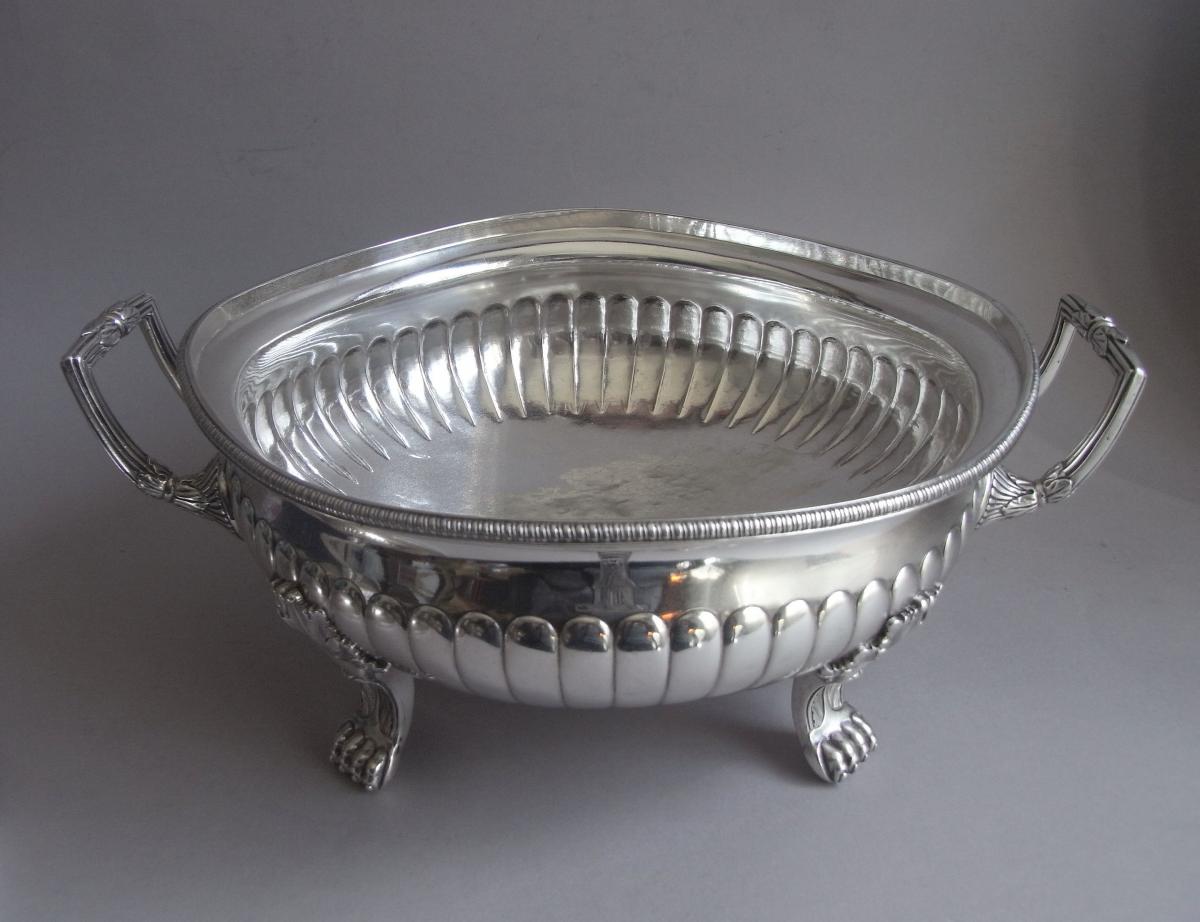 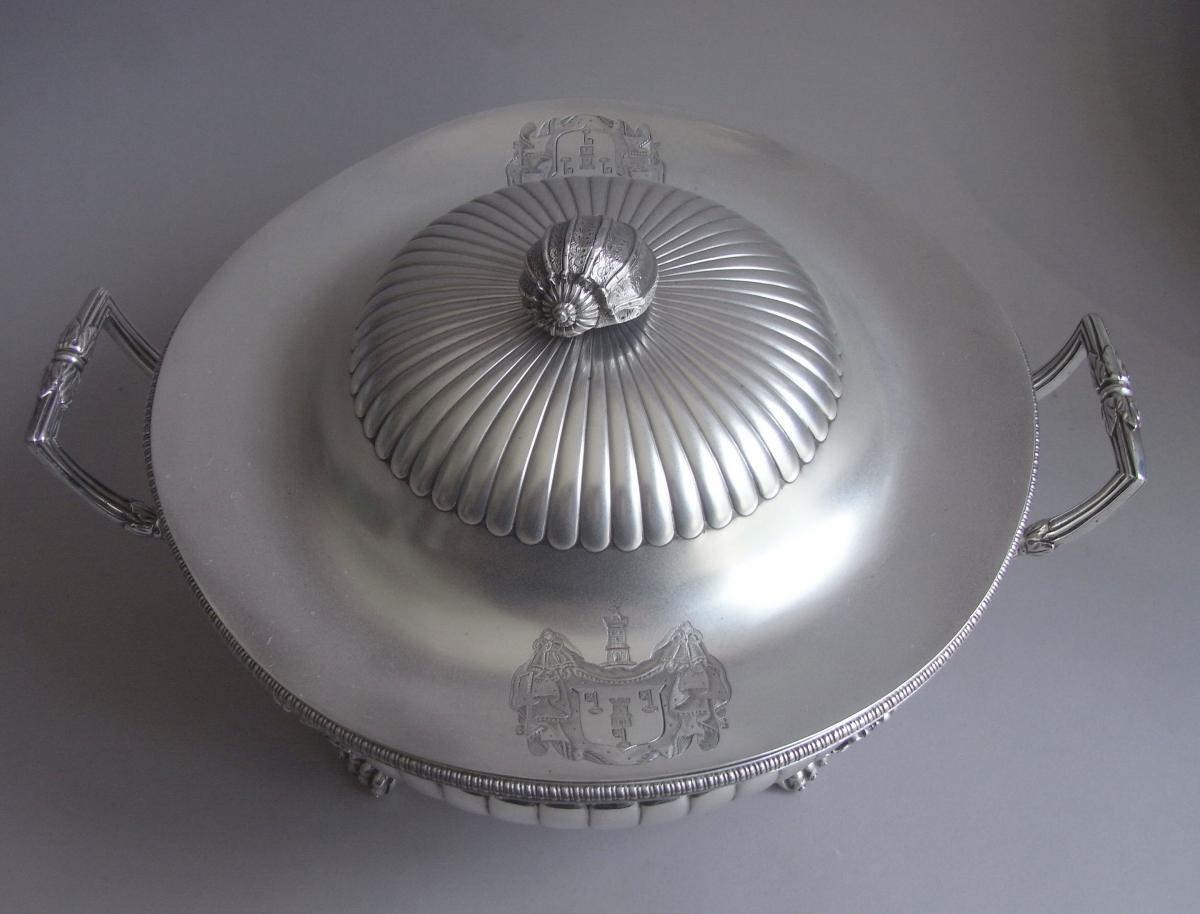 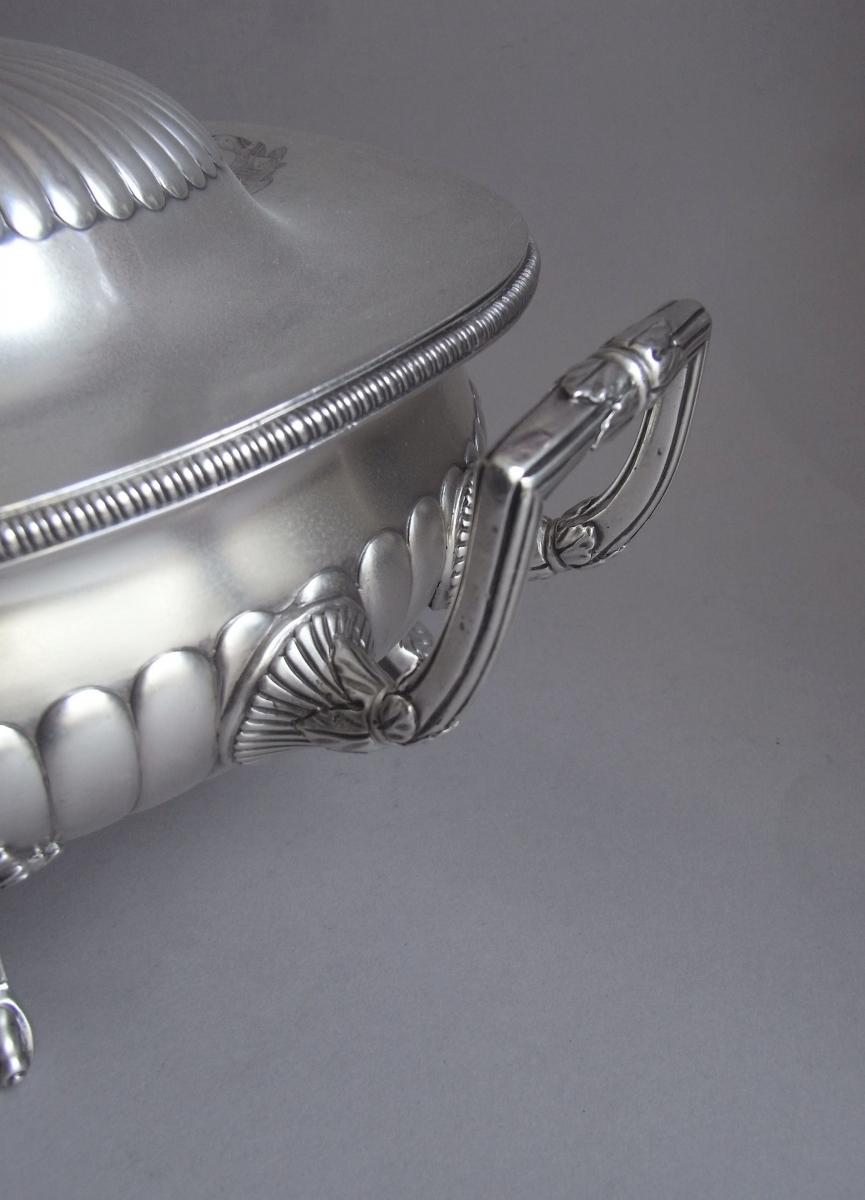 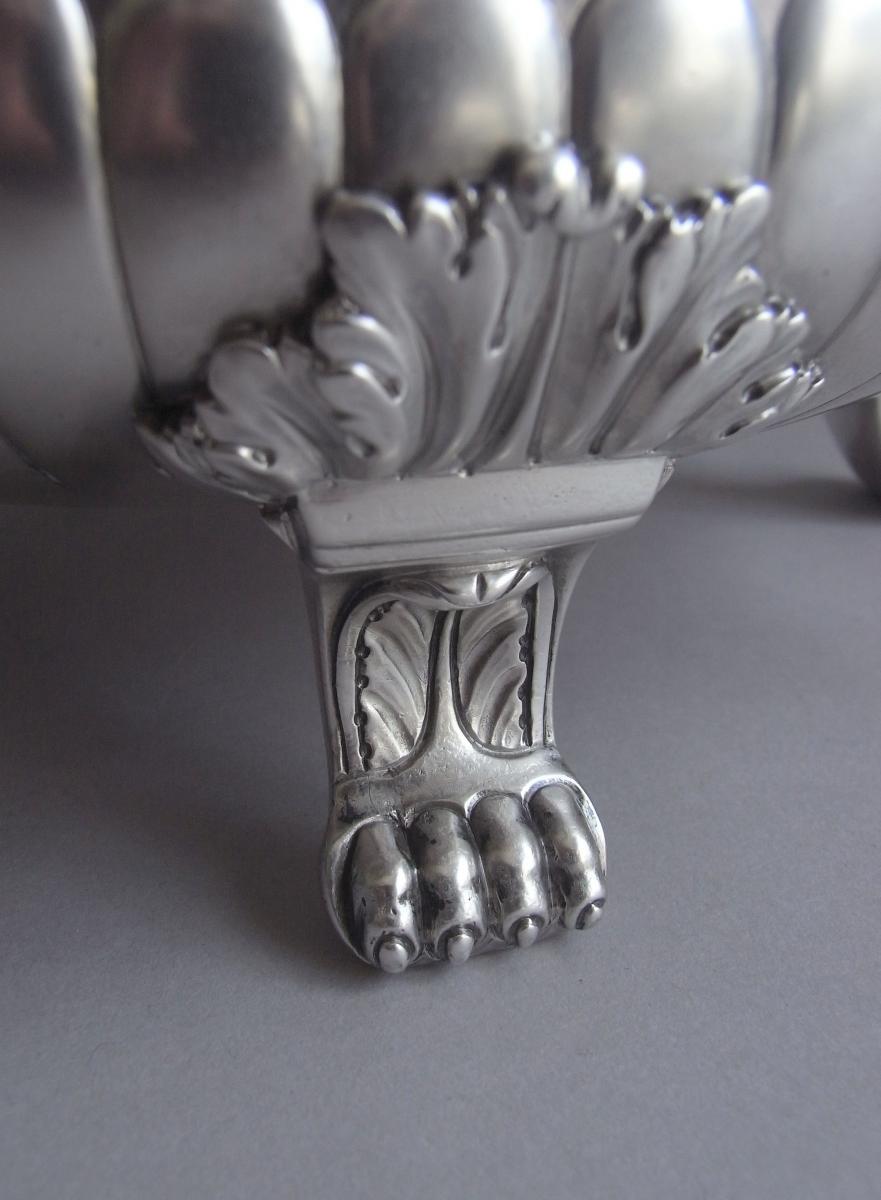 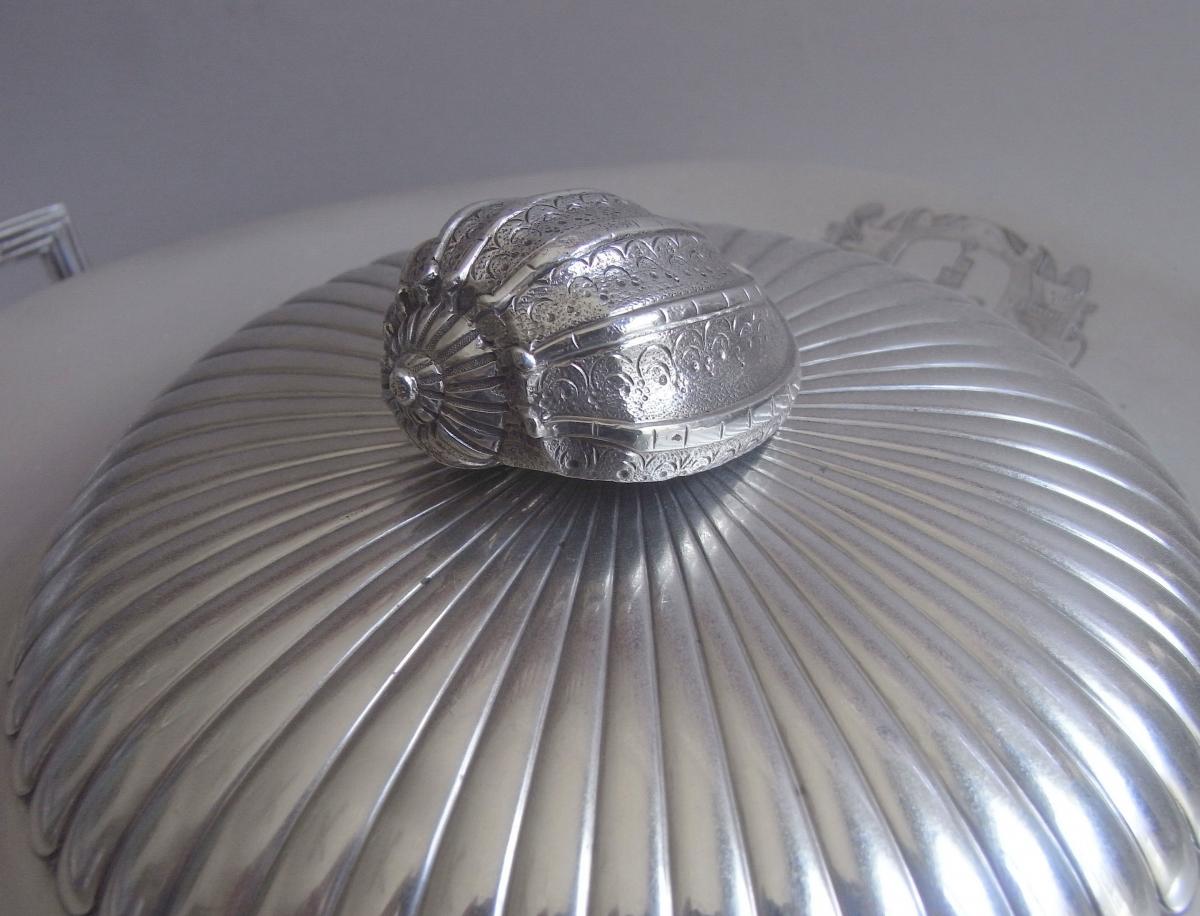 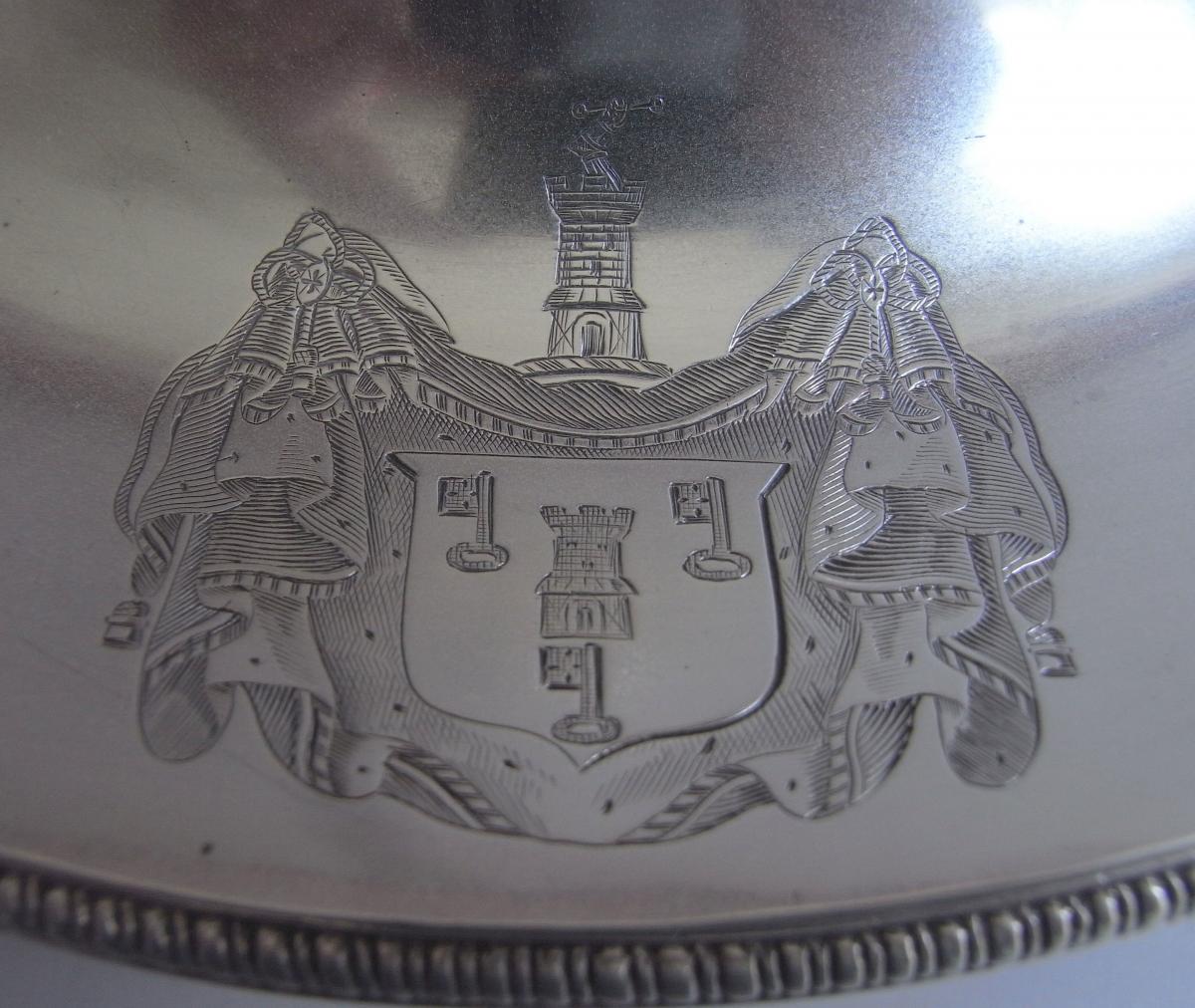 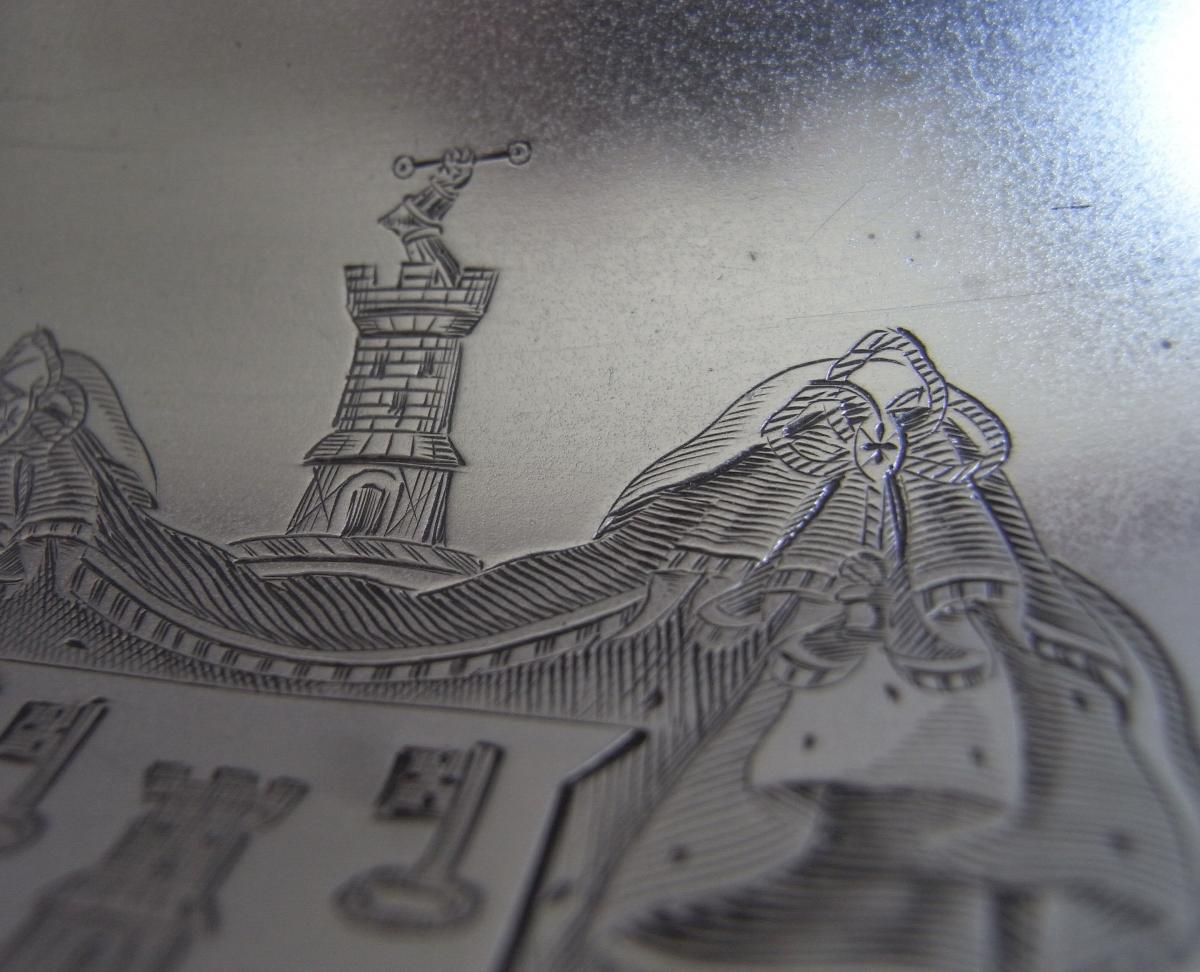 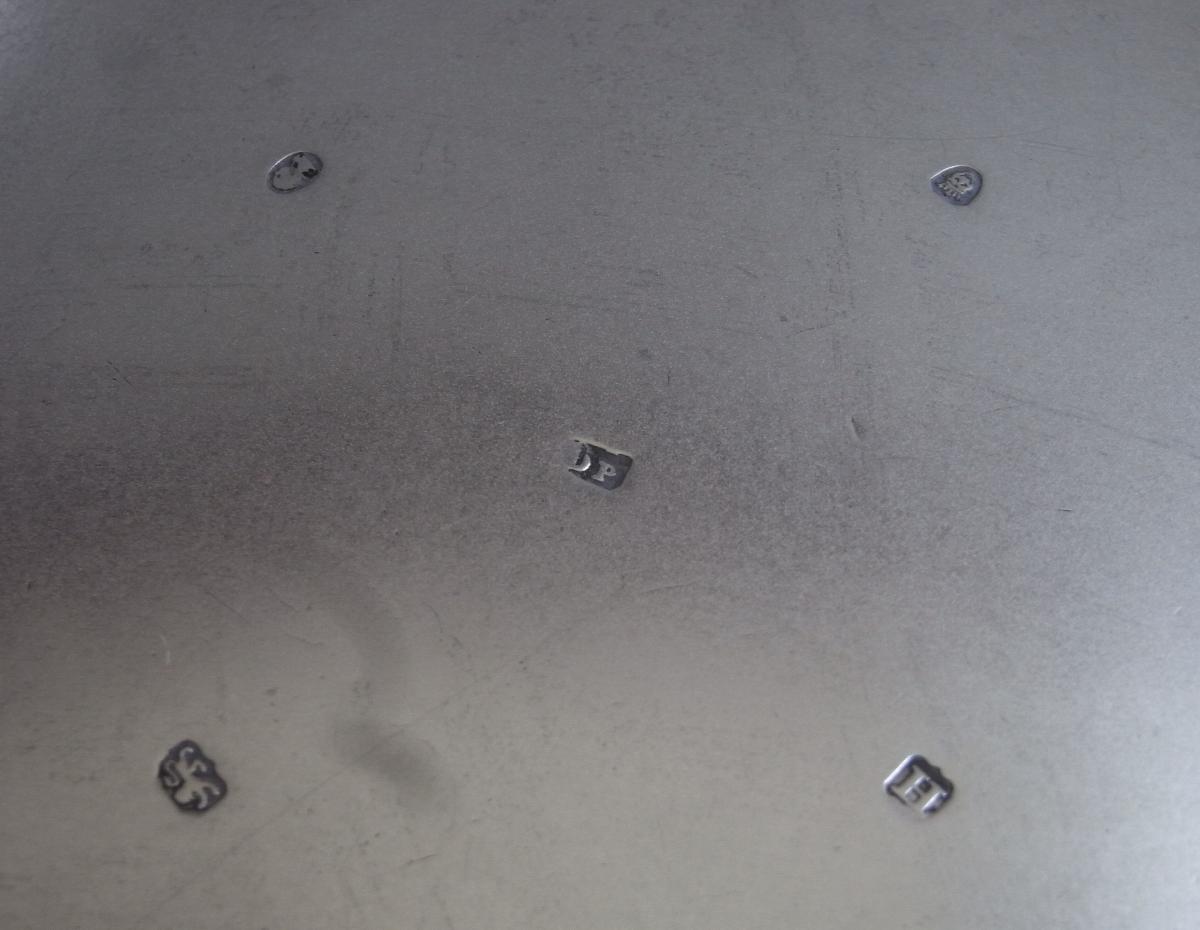 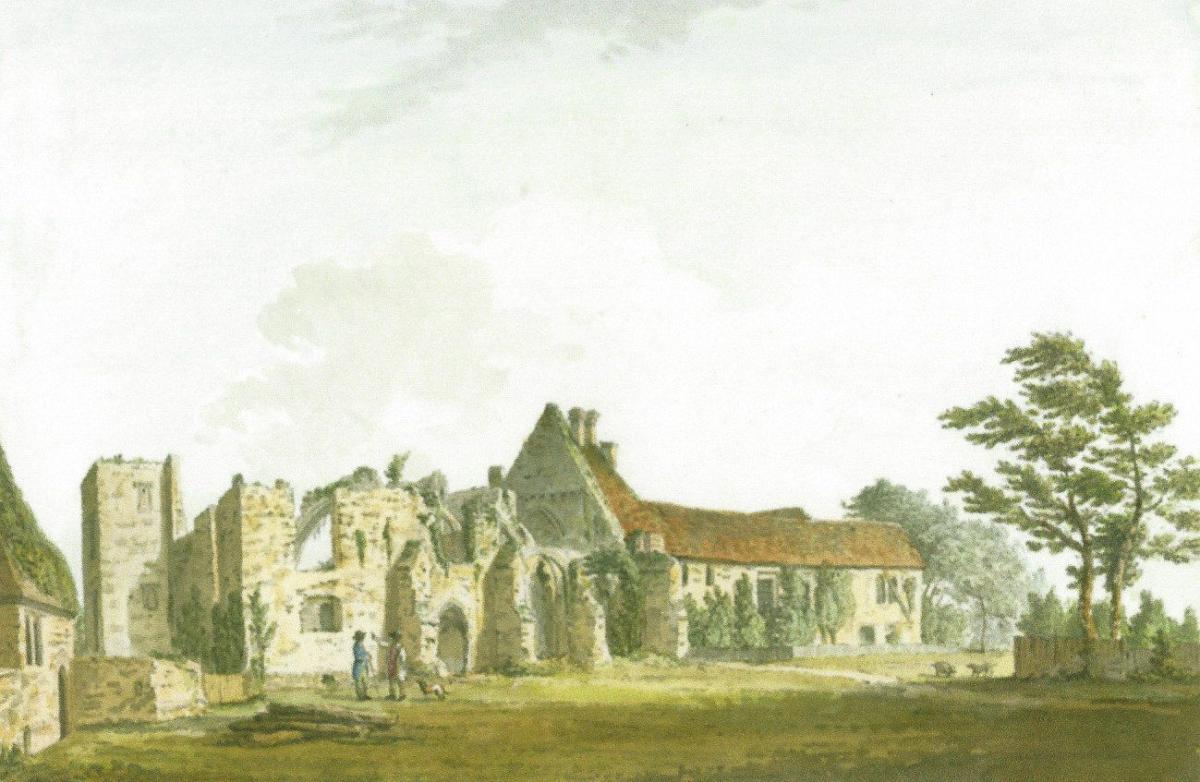 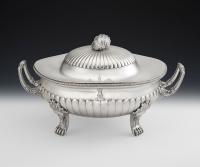 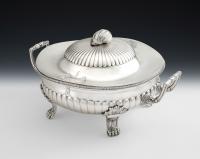 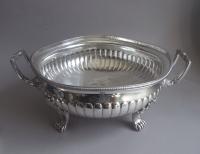 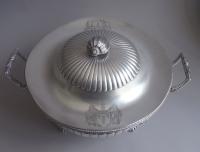 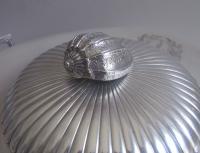 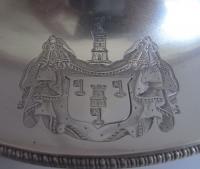 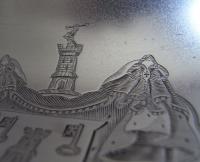 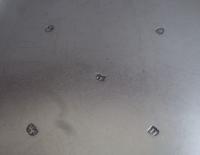 The cover is engraved, on one side, with a contemporary Armorial, with Crest above, surrounded by a finely detailed cartouche of drapery mantling. Each side of the main body is also engraved with a contemporary Crest. The Tureen is in quite outstanding condition and is fully marked on both the cover and the base. This is an extremely unusual design, which has been executed to the higest standard. With the shell on the cover, it may have been used to serve some fish based dish.

The Arms and Crest are those of the Baker family of Battle, County Sussex and later Mayfield in the same county. In the 16th and 17th centuries, they were substantial landowners and ironmasters, with significant wealth. There is an impressive marble monument to one member of the family, dated 1688, in Mayfield Church. He had lived in the finest house in the district, this being Mayfield Palace, a watercolour of which is shown.

Dunstan, Archbishop of Canterbury 960-988 is credited with founding Mayfield Palace. It was one of the greatest residences of the medieval Archbishops of Canterbury in England. It ceased to be an ecclesiatical residence and was sold off in 1567. It was then purchased by Sir Thomas Gresham, founder of the Royal Exchange, where he entertained Queen Elizabeth I. Gresham sold the Palace to the Baker family, whose arms are shown on this Tureen.

With reference to the maker, Daniel Pontifex, his work is scarce and A.G. Grimwade in his work, "London Goldsmith's 1697-1837", states that it shows a high standard of execution and delicacy of design. An unusual silver gilt Teapot, by Pontifex, is contained within the Royal Collection. The design of the Tureen would lend itself to serving a variety of foods, as well as being a very beautiful decorative item.