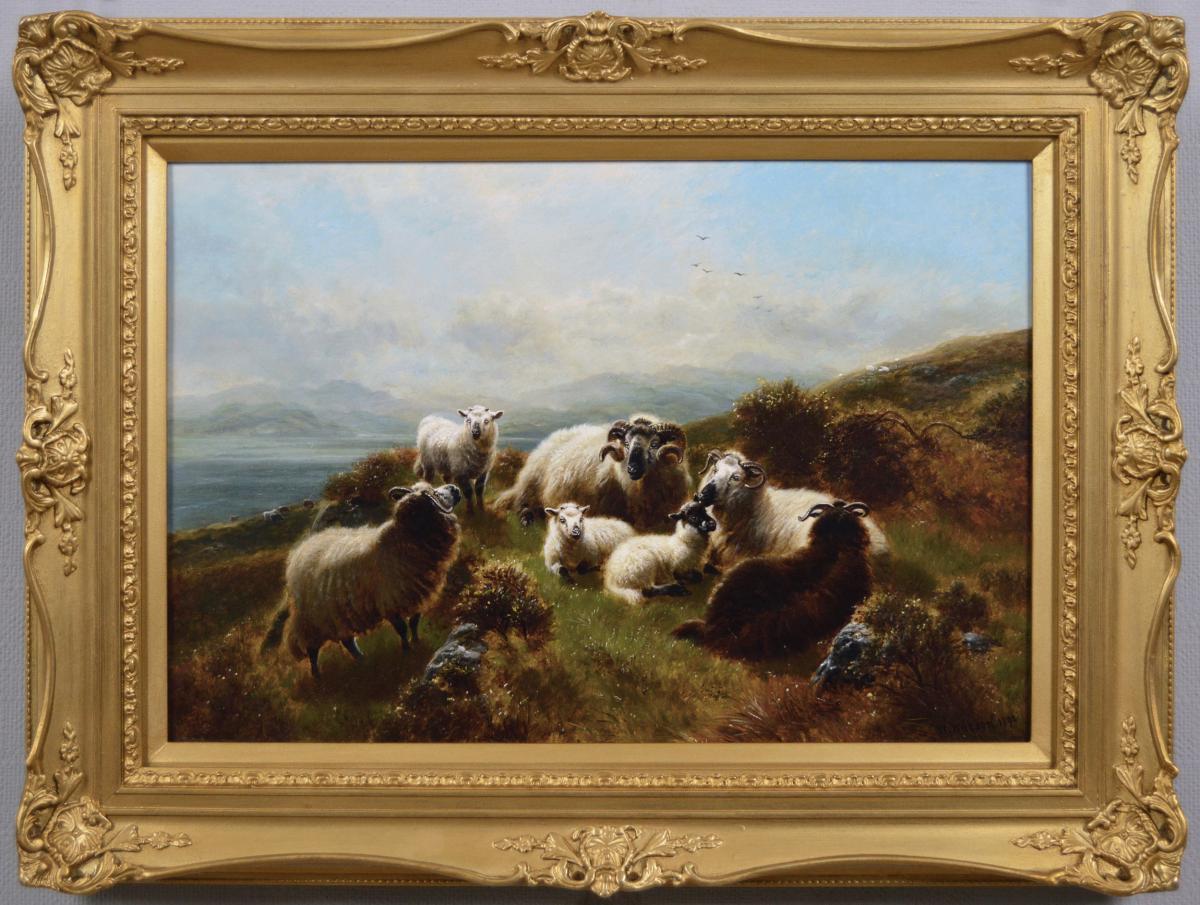 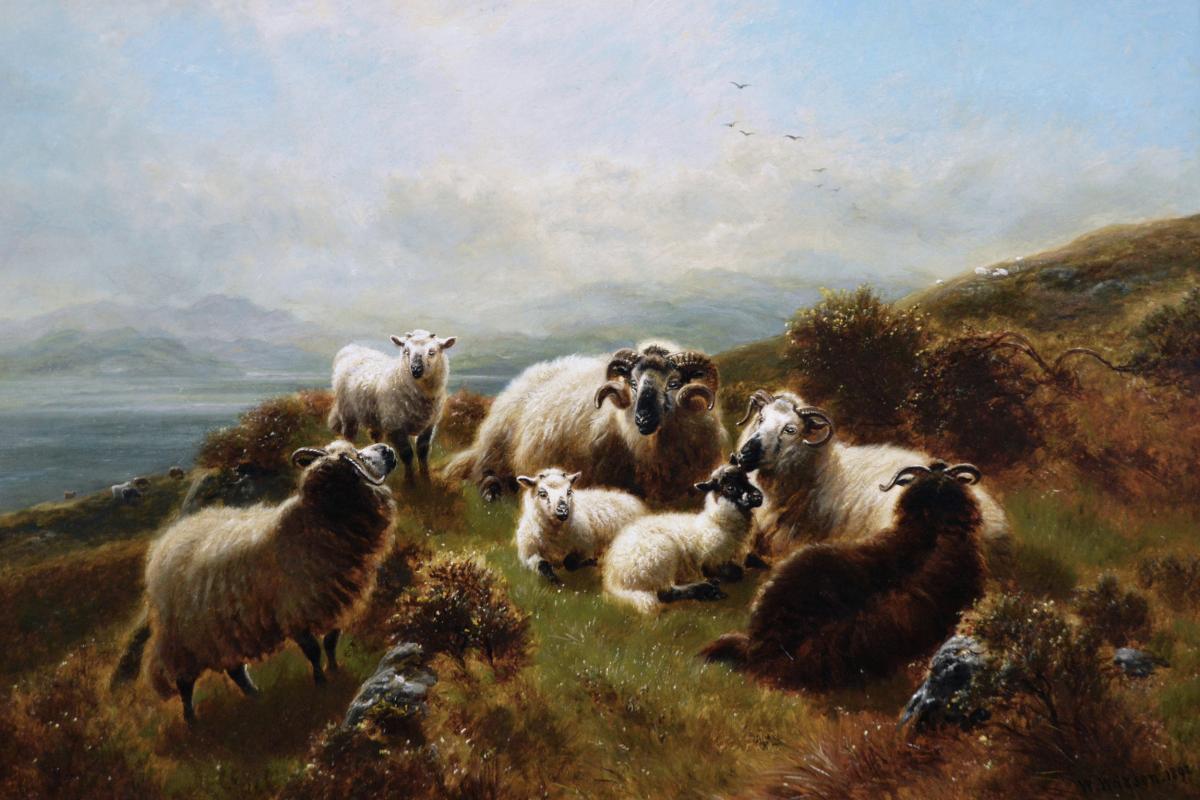 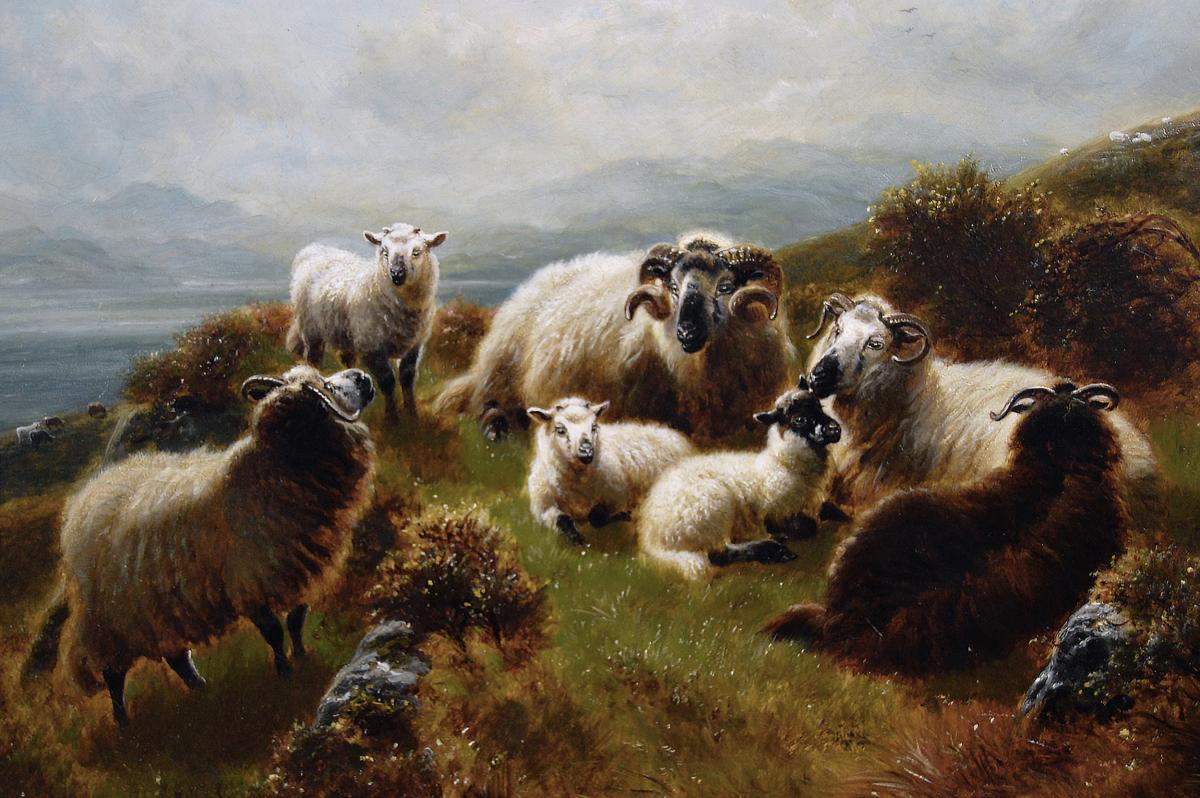 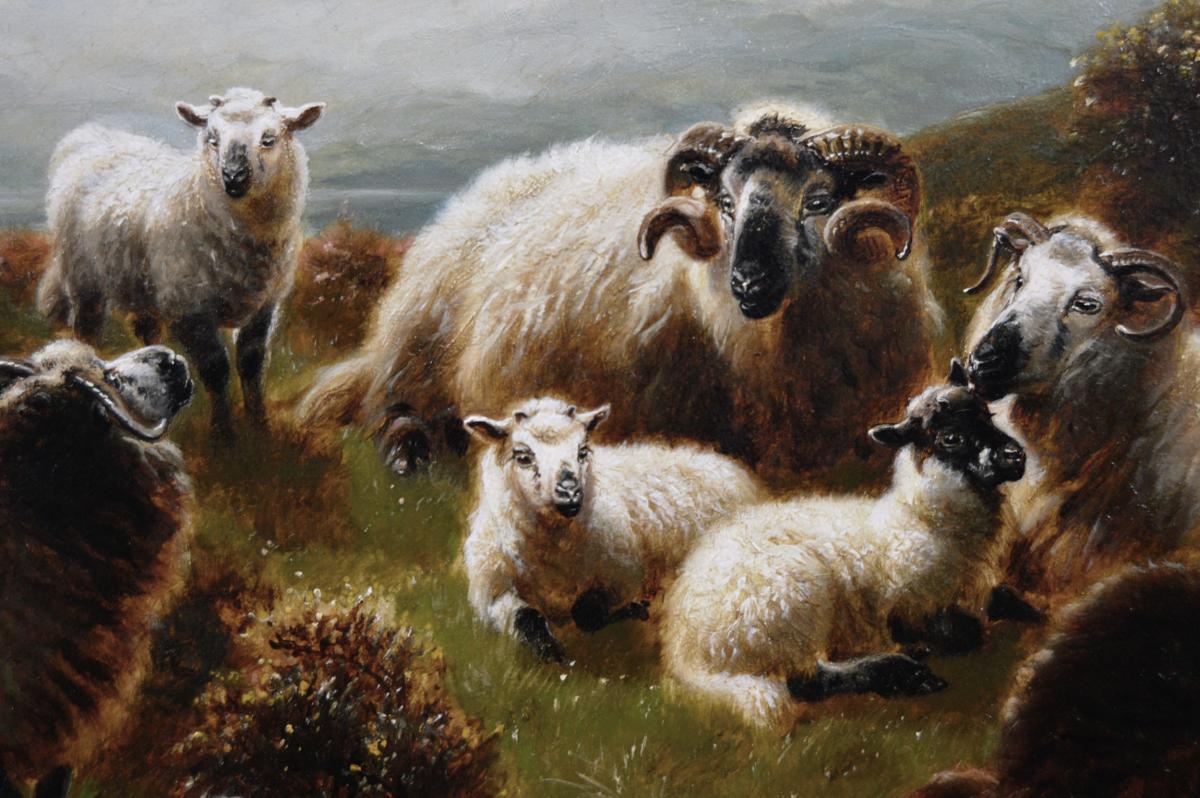 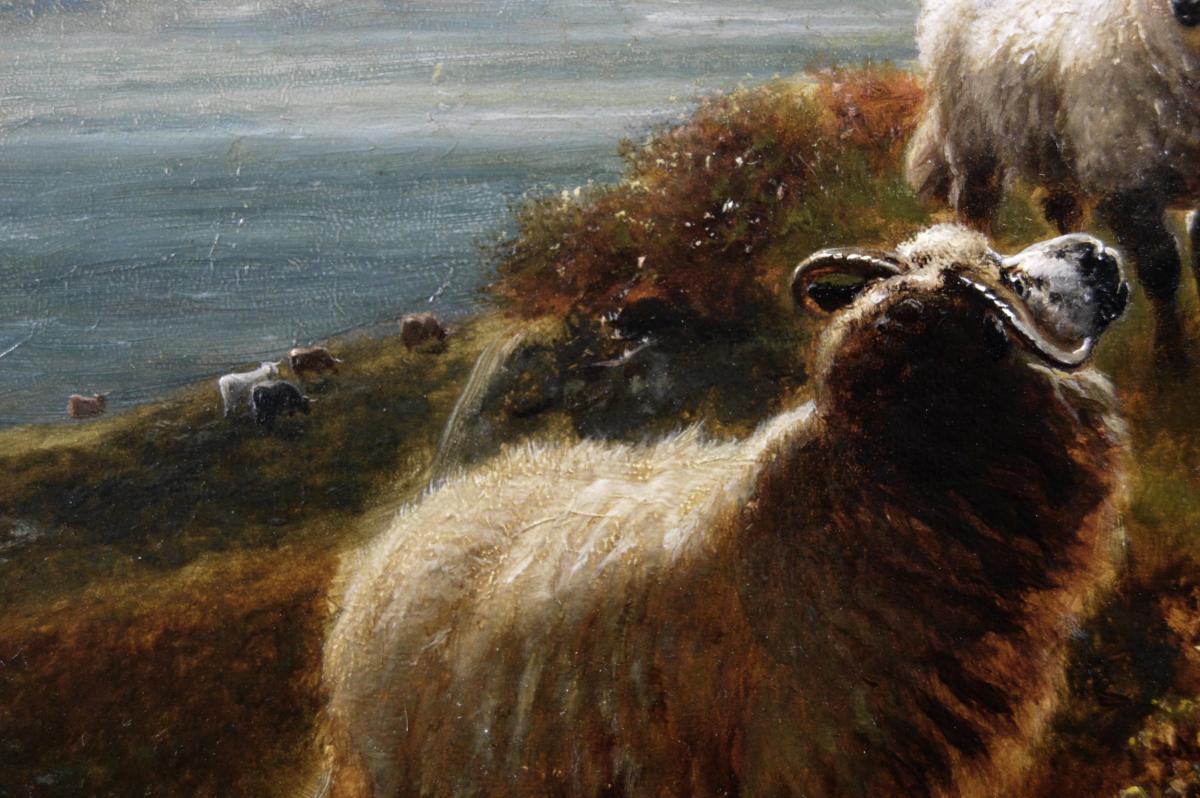 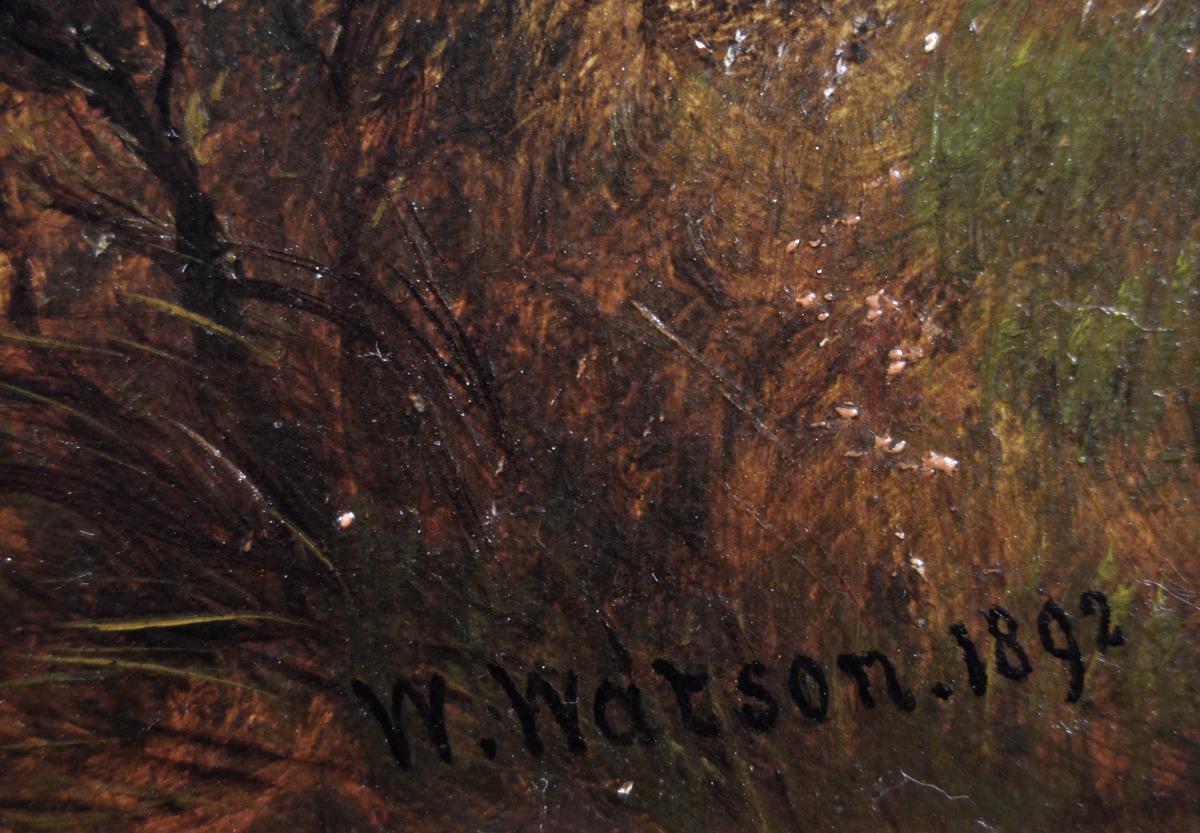 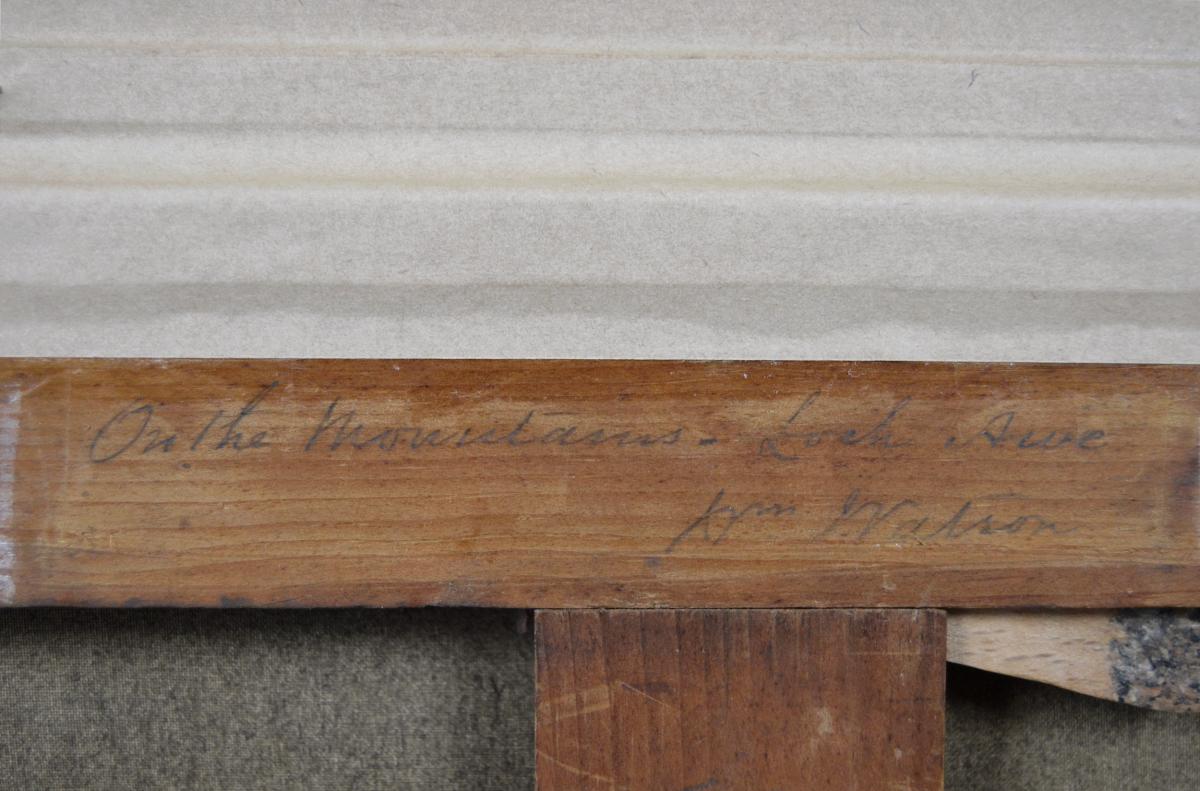 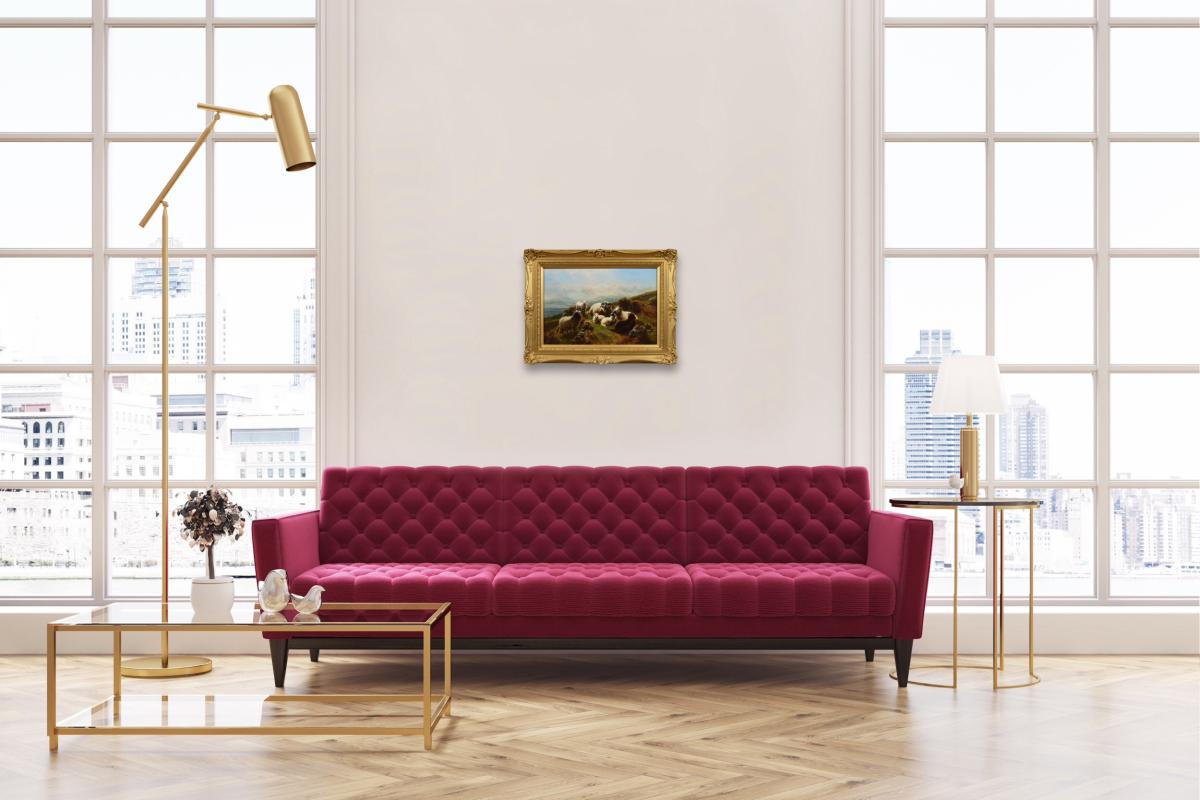 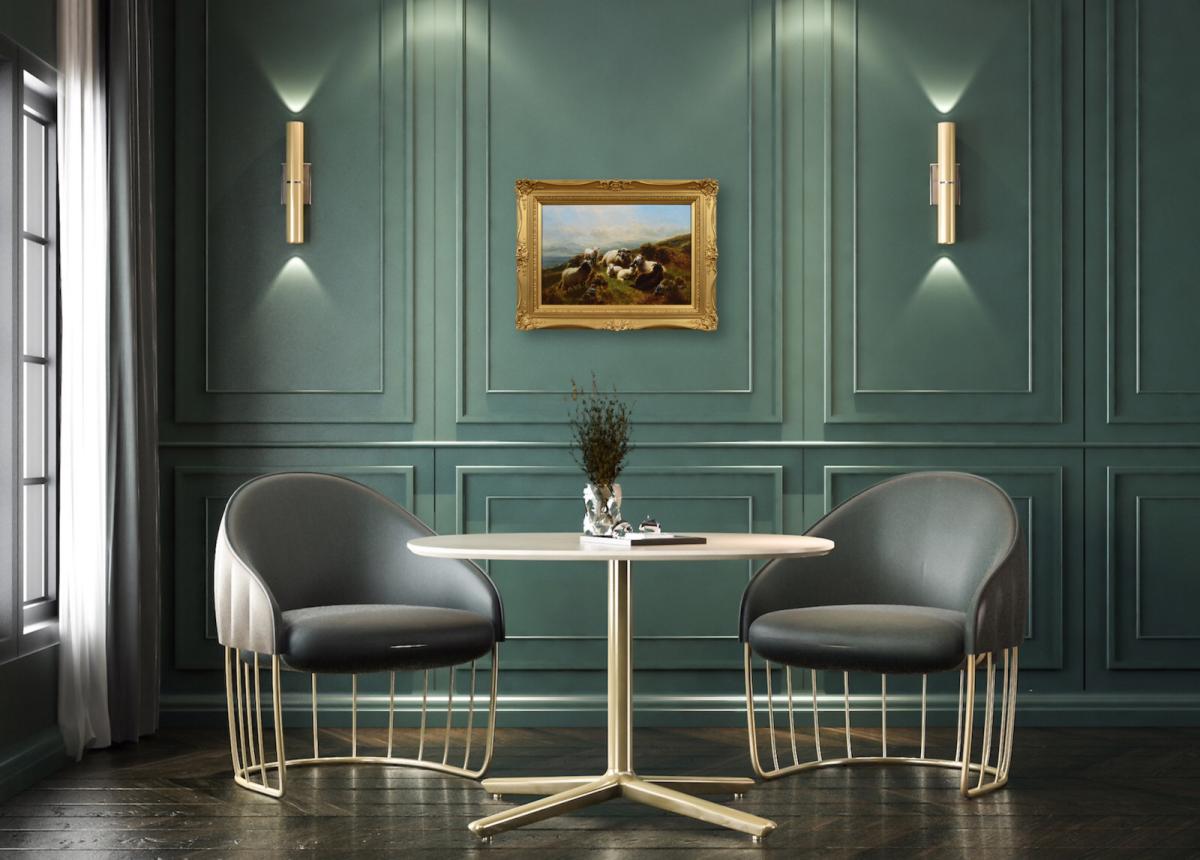 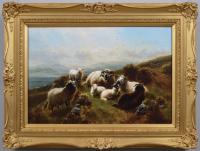 William Watson was born in Islington in 1847, the son of the London miniature painter William John Watson (1810-1871) and Caroline Butcher. His brothers Charles and Robert were also artists. His father seems to have travelled around and after spending time in Brighton, the family moved to Bransford Road in Worcester during the early part of the 1860’s.

As well as being taught by his father, Watson was also a pupil of Sir Edwin Henry Landseer RA (1802-1873) and Rosa Bonheur (1822-1899). Both had a great influence on his work and he began specialising in scenes of cattle and sheep. Perhaps to take advantage of the inspiring scenery, Watson moved to Birkenhead, Cheshire where in 1871 he met and married Eleanor Davies who was from Caernarvonshire.  Four of their children Arthur Sidney, Caroline Ellen, William and Walter also became artists.

The family initially lived in Seacombe, Birkenhead where most of their children were born but by 1879 they had moved to Maghull in Merseyside. He later lived at 9 Lorne Road, Tranmere and then at Slatey Road, Birkenhead. Watson seems to have enjoyed a close relationship with his family as they all lived and worked together up until 1901. His scenes were mainly in the north of England, Wales and the Highlands and often featured cattle or sheep perched along stepped hillsides. He painted with consummate skill and his works are highly collectible.

He died on 26 March 1921 in Capel Garmon, Llanrwst in Denbighshire, Wales. Examples of his works can be found in the Atkinson Gallery, Sheffield Museum, Walker Art Gallery, Liverpool and the Williamson Art Gallery.