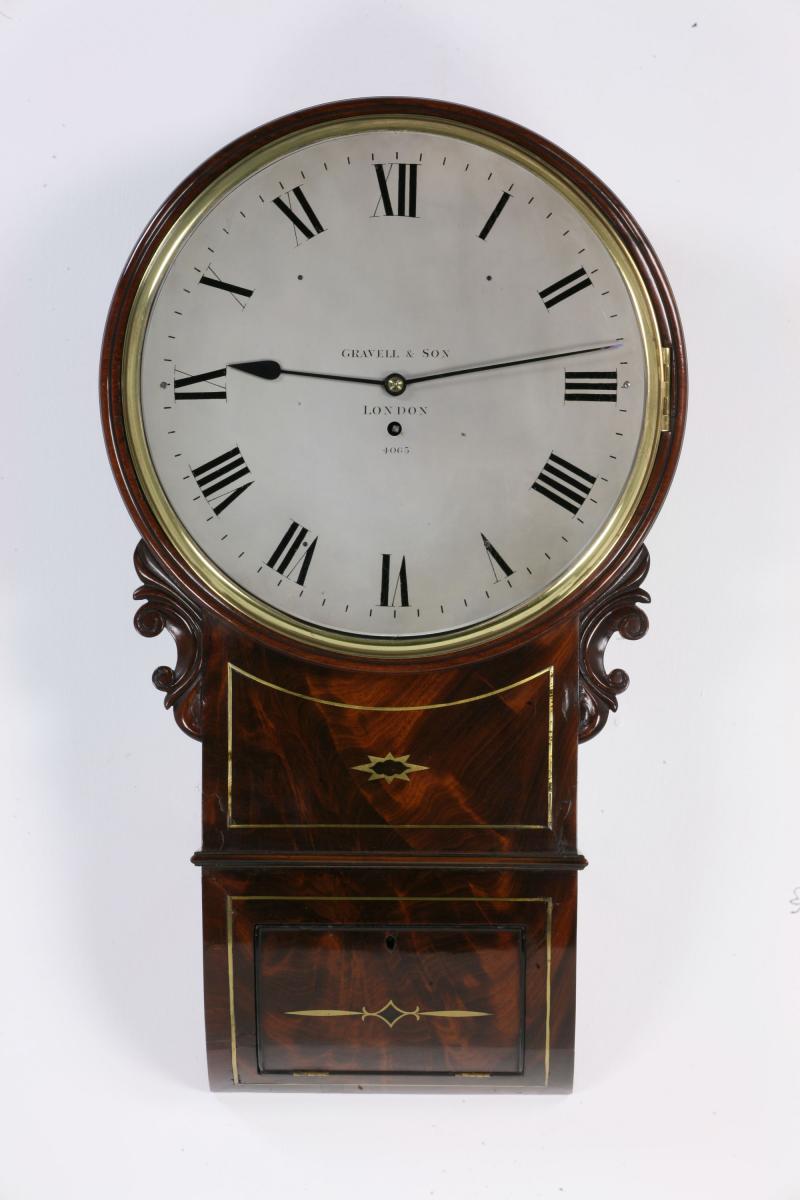 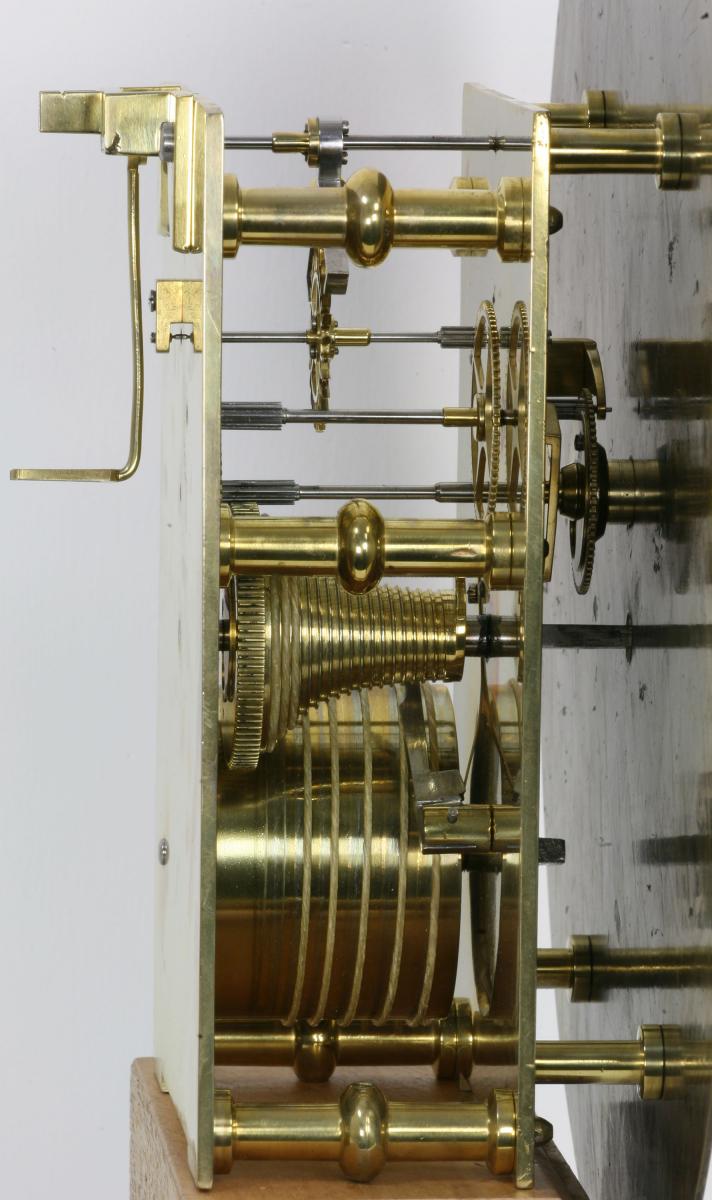 The well figured mahogany case has a brass strung and inlaid drop with a convex curve to the bottom part which has a large opening door to gain access to the pendulum.  There are well carved ears to the side.

The clock has a nicely cast brass bezel and a convex glass.  The bezel has a lock at the side and there are doors on both sides of the back box to gain access to the top of the pendulum.

The 30 cm silvered brass dial, which is signed for the maker ‘Gravell & Son, London’ and numbered 4063, has Roman numerals with outer minute markers and is screwed to the dial feet with four blued steel screws.

The eight day fusee movement is stamped 4063 on the top edge of the backplate and is of the highest quality with five nicely knopped pillars, a Graham type deadbeat escapement and fine quality wheel work.  The escape wheel has fully adjustable end stops on both front and backplate.

The long pendulum has a heavy brass bob and a nicely shaped steel rod and is suspended from the anchor back cock on the backplate of the movement.

The firm of Gravell & Son was working from Charterhouse Square from 1783 to 1825 and continued as William Gravell & Son, London until 1863.  It was formed by William, the Father, and William, the Son, who went on to become the more famous clockmaker.