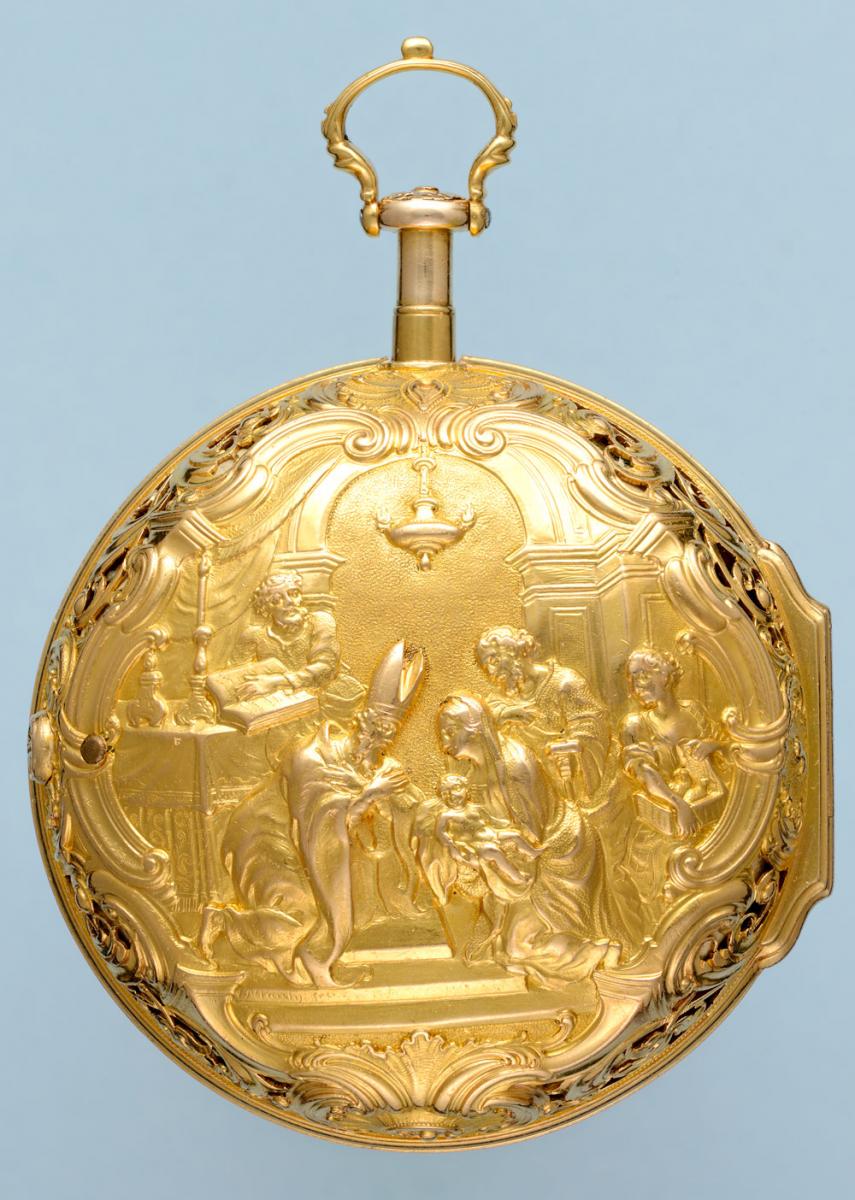 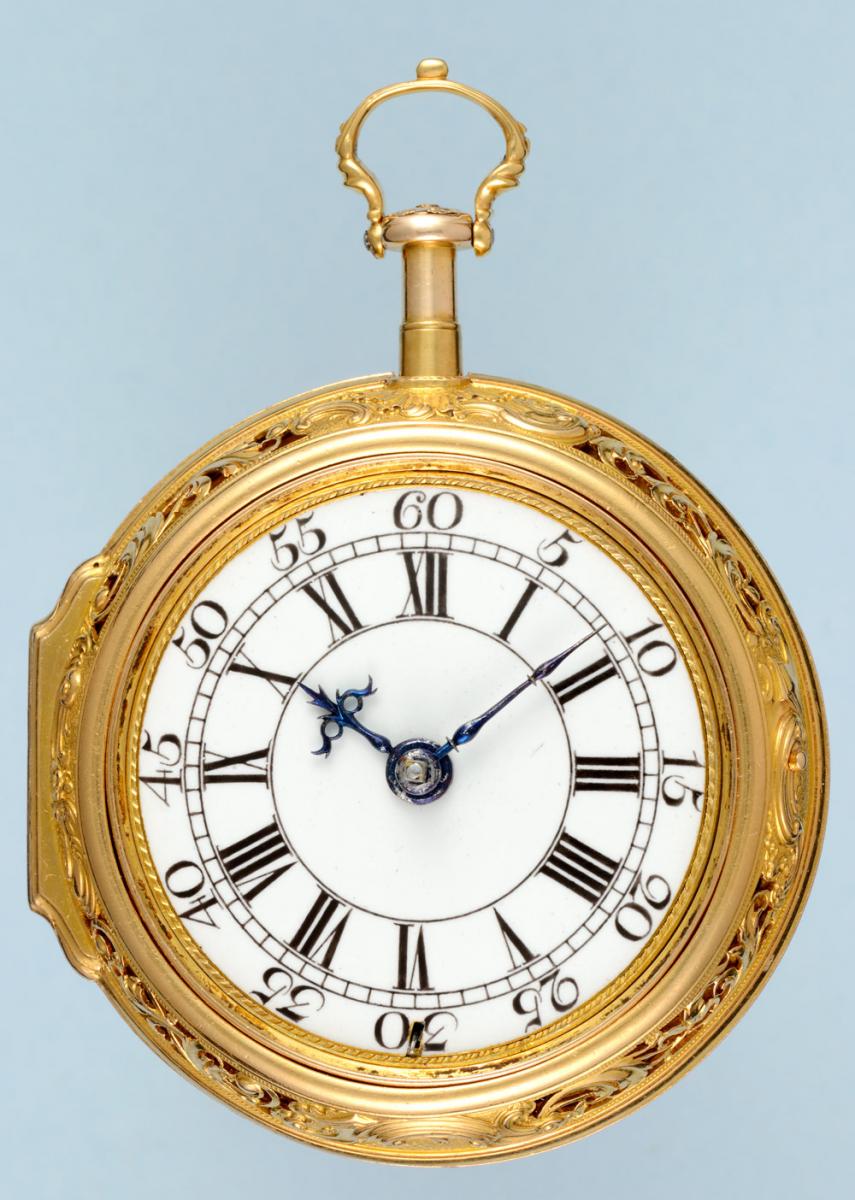 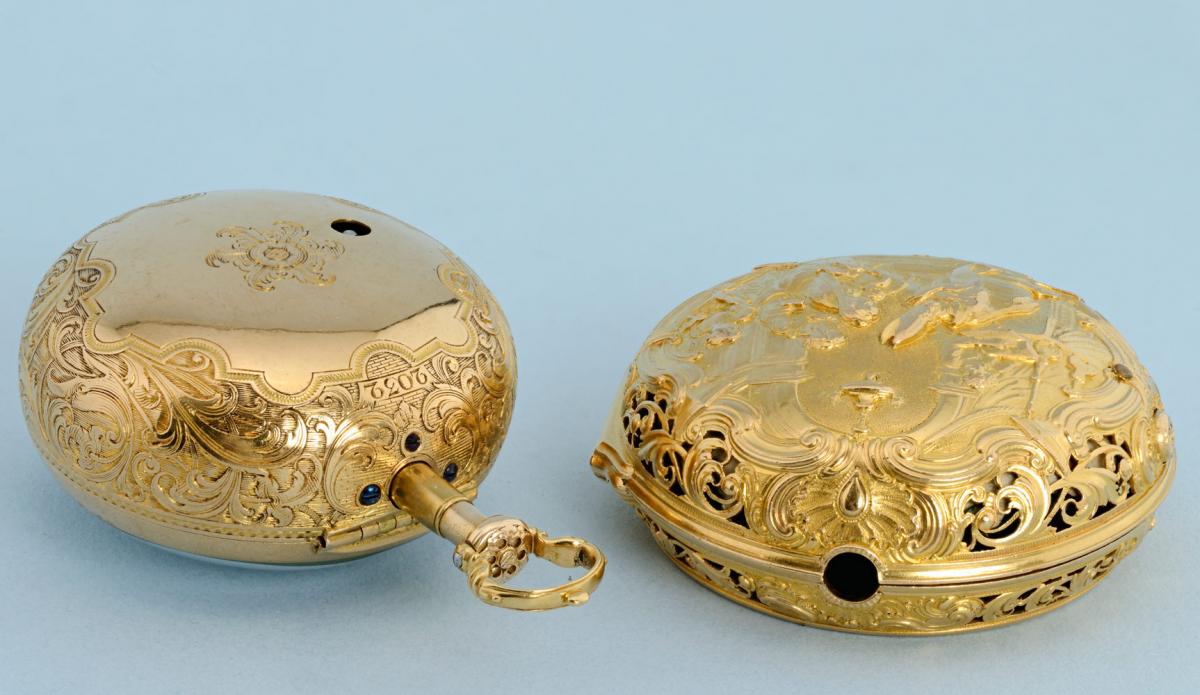 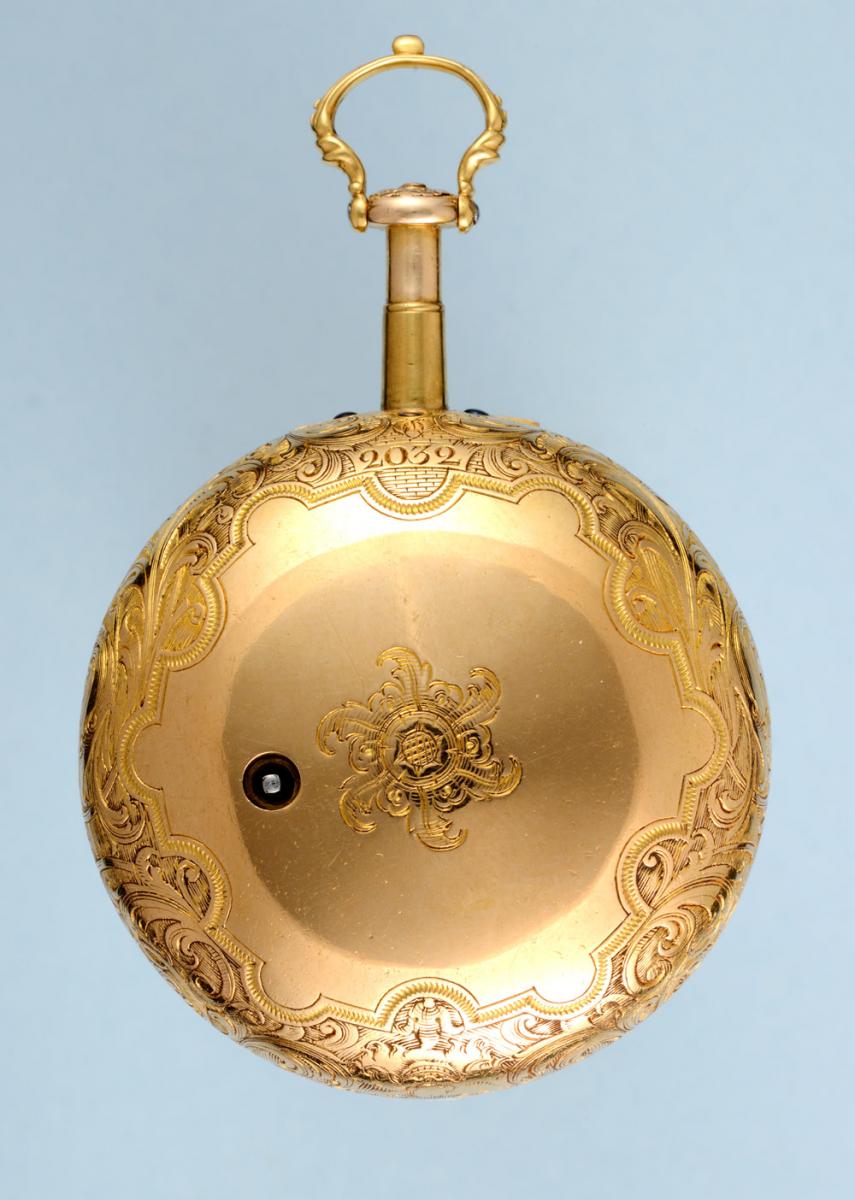 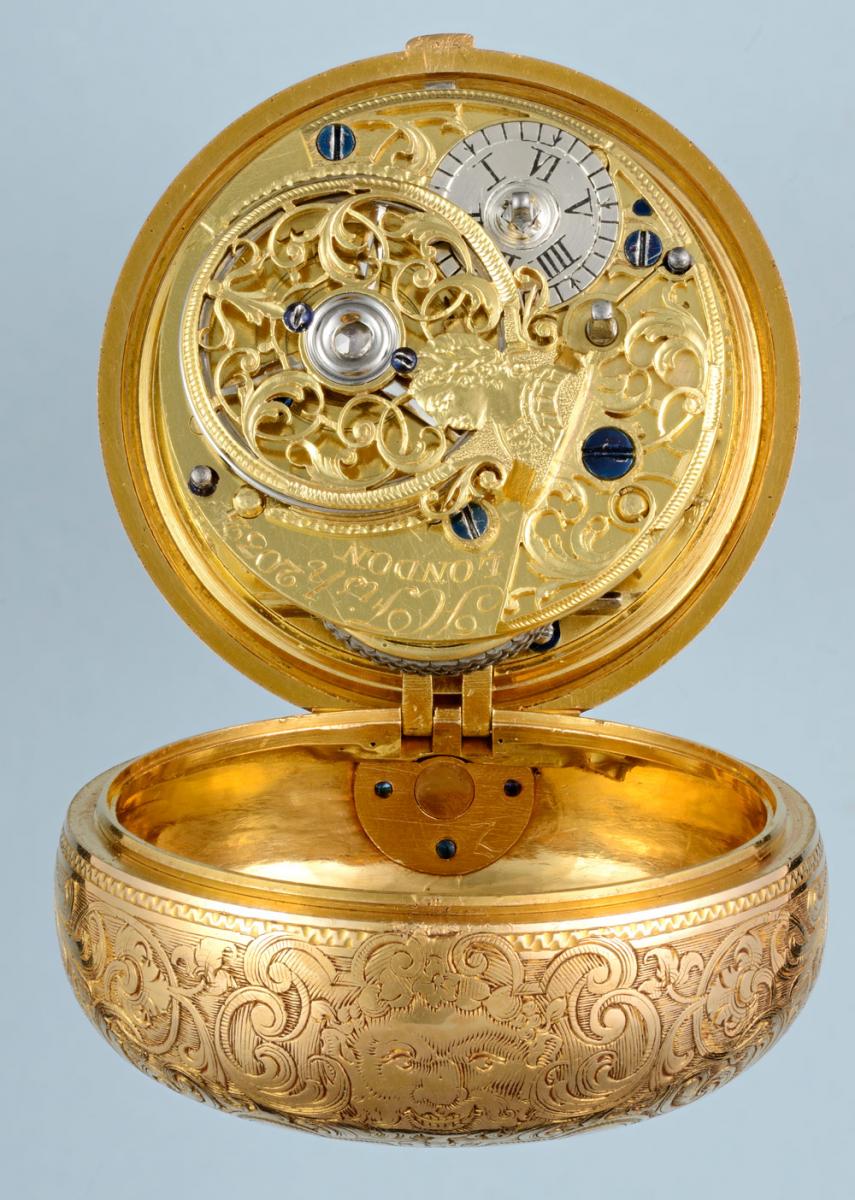 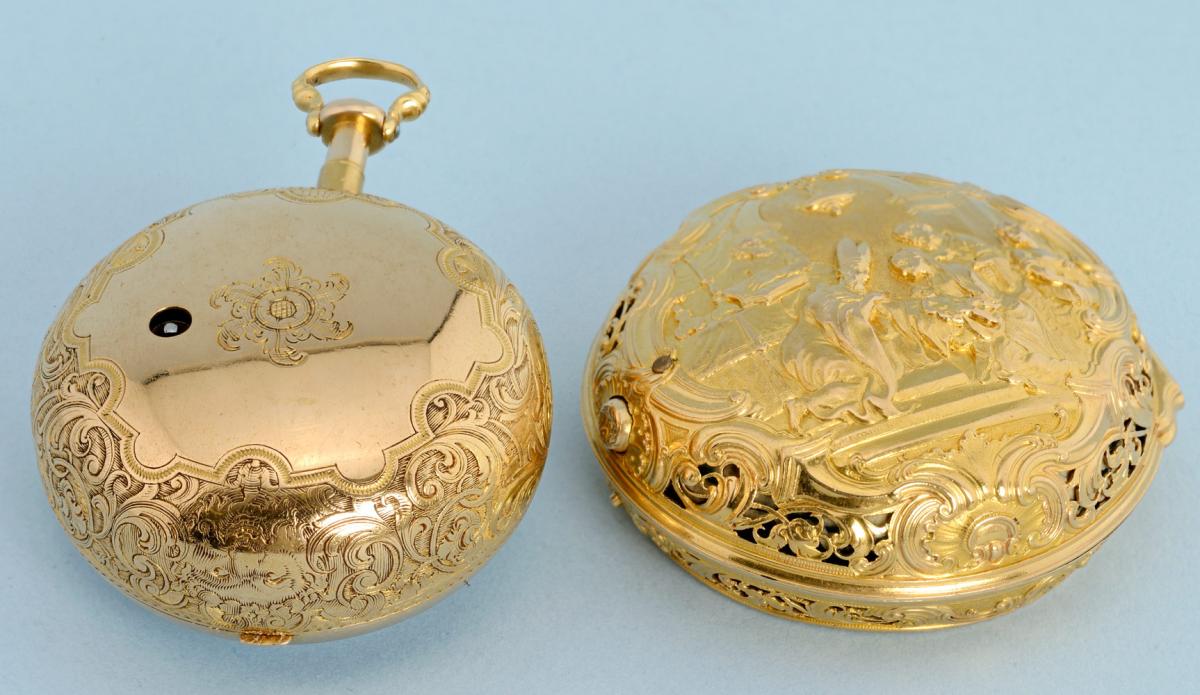 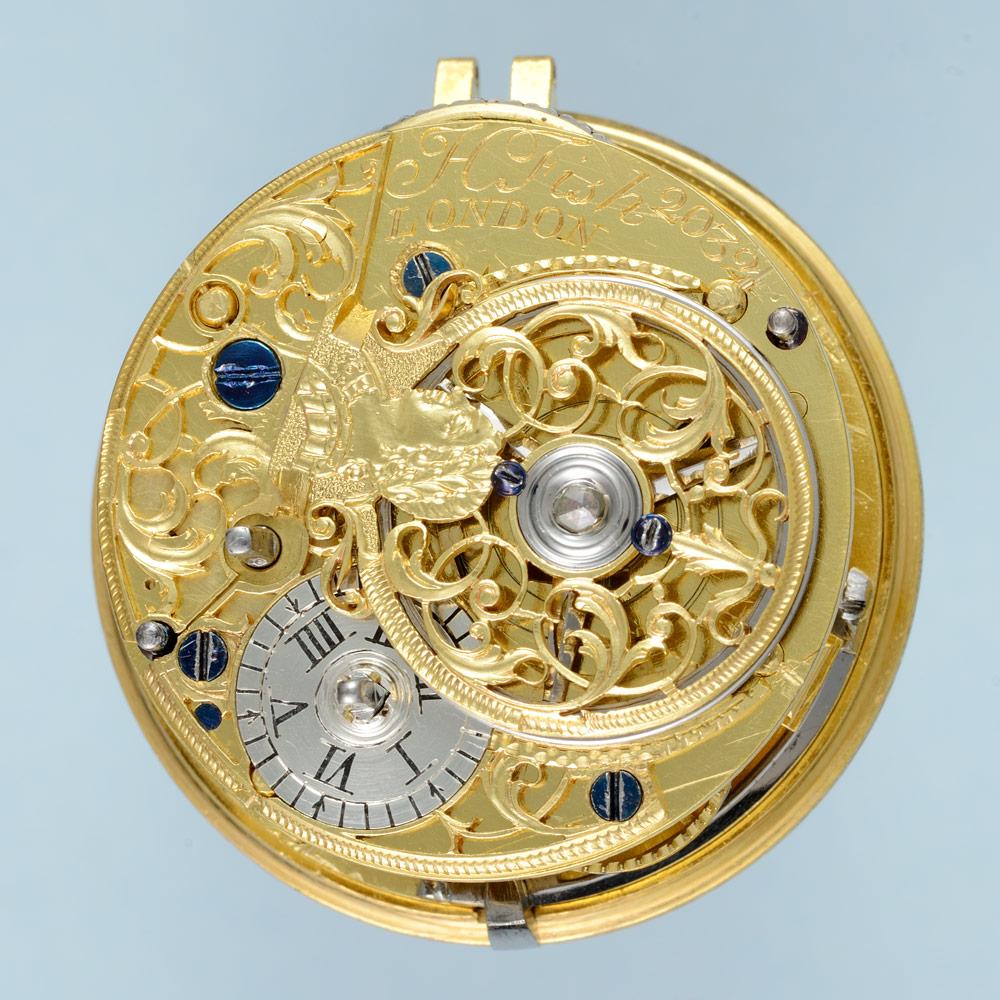 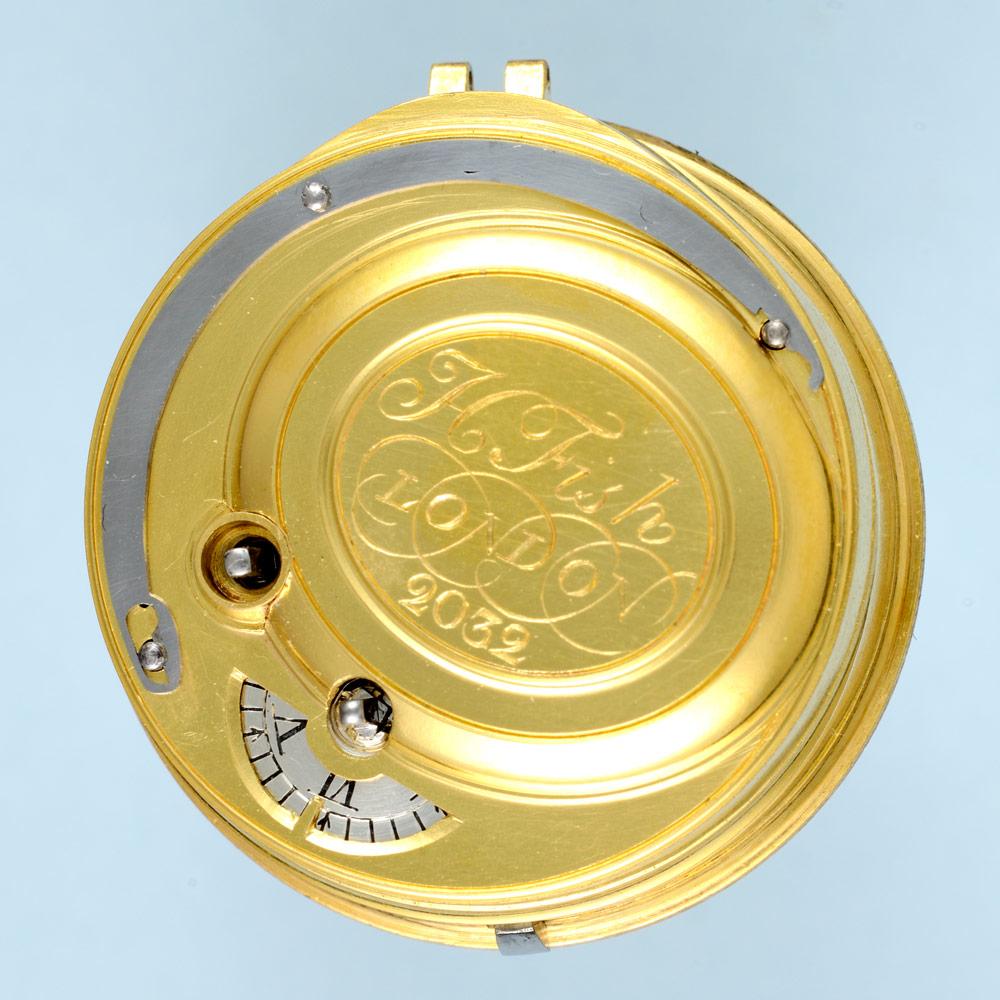 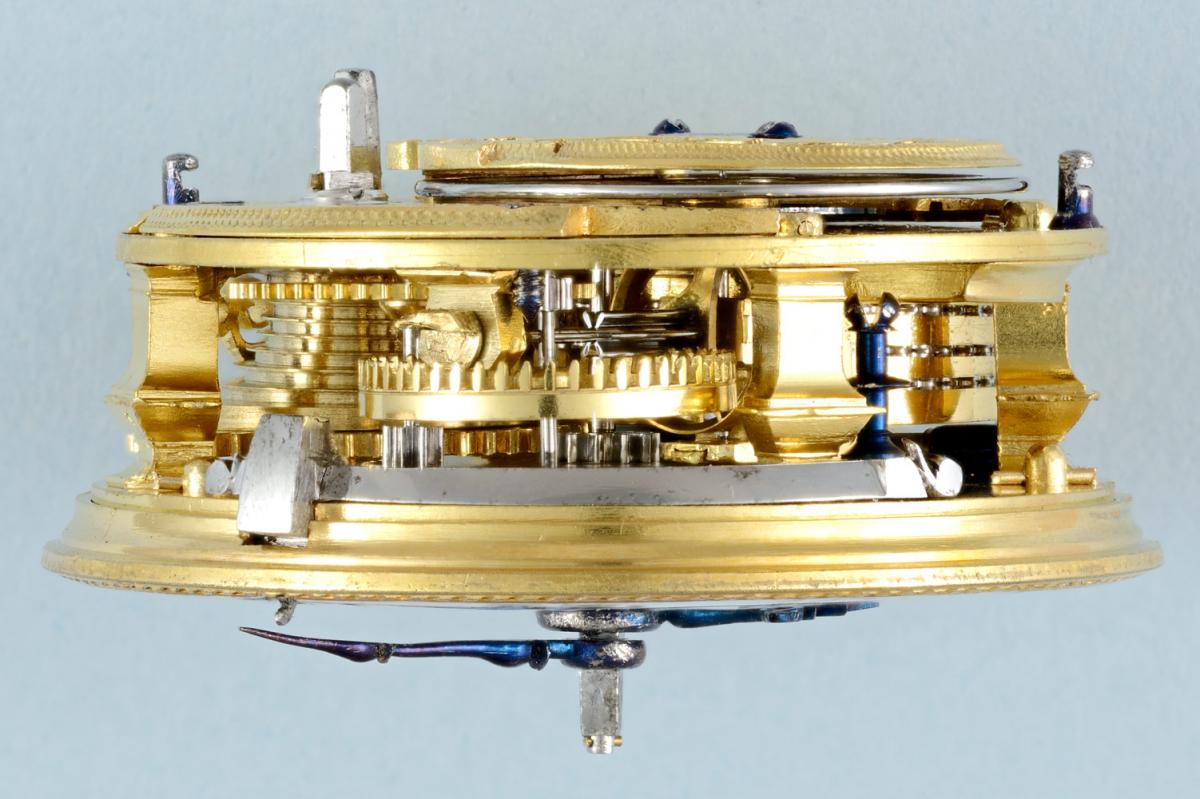 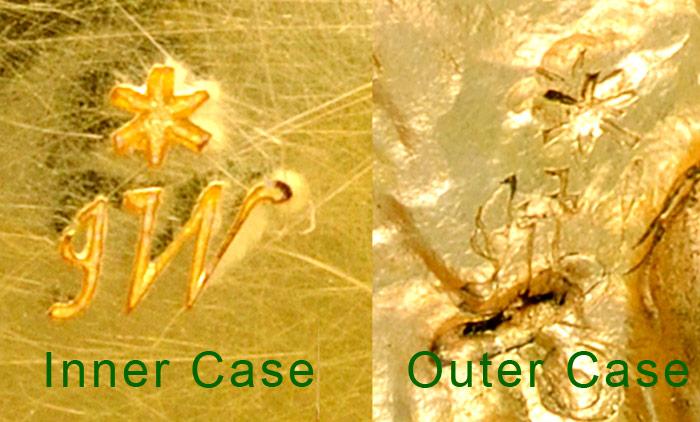 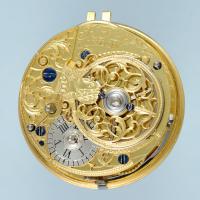 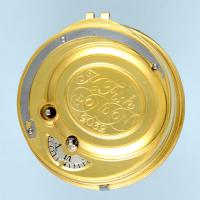 22 carat gold pair cases with matching maker's marks "IW" below a star.  The inner case engraved to imitate a pierced repeating case, numbered below the long gold pendant fitted in the manner of a push repeating pendant.

Fine 22 carat gold outer case signed "H Manly fec".  Central chased and engraved repousse scene depicting the Presentation in the Temple within a repousse border.  The edge of the back and bezel decoratively pierced.

A fine watch in excellent overall condition, the fine dial unusually enamelled on gold.   Henry Manly, baptised in Augsburg in 1698 as Heinrich Mannlich was working in Westminster before 1733.

It was reported he had been "in great favour with King George of England and was commissioned to make for him many beautiful works, which brought exceptional acclaim".  See The Art of the Gold Chaser by Richard Edgcumbe for a detailed account of his life and work.

The same book also shows an almost identical outer case in the Taft Museum, Ohio, figures 48 a-d.  The scene is based on an engraving by Francois de Poilly (1622-1693), after a painting by Charles Lebrun.

It is still possible to discern the maker's mark in the pierced repeating outer, which matches the inner, indicating they were made together.  The inner case has been made and engraved in a similar fashion to a repeating inner case but is "shaded" where it would normally be pierced, as is the circle where the screw securing the bell would be.

The pendant not only looks like a repeating pendant but is made in the same fashion, in two parts and secured by three screws.  It only lacks the steel shaft and is fixed in position.  The reason for the unusual combination of a timepiece in a pierced repeating case can now only be guessed at.

One explanation might be the owner had a second inner which was a repeater.  Another that he wished to be seen to own a repeating watch (which would have cost double that of a timepiece).  Yet another explanation might be he found he no longer required, or perhaps could not afford a repeater once the outer had been finished.