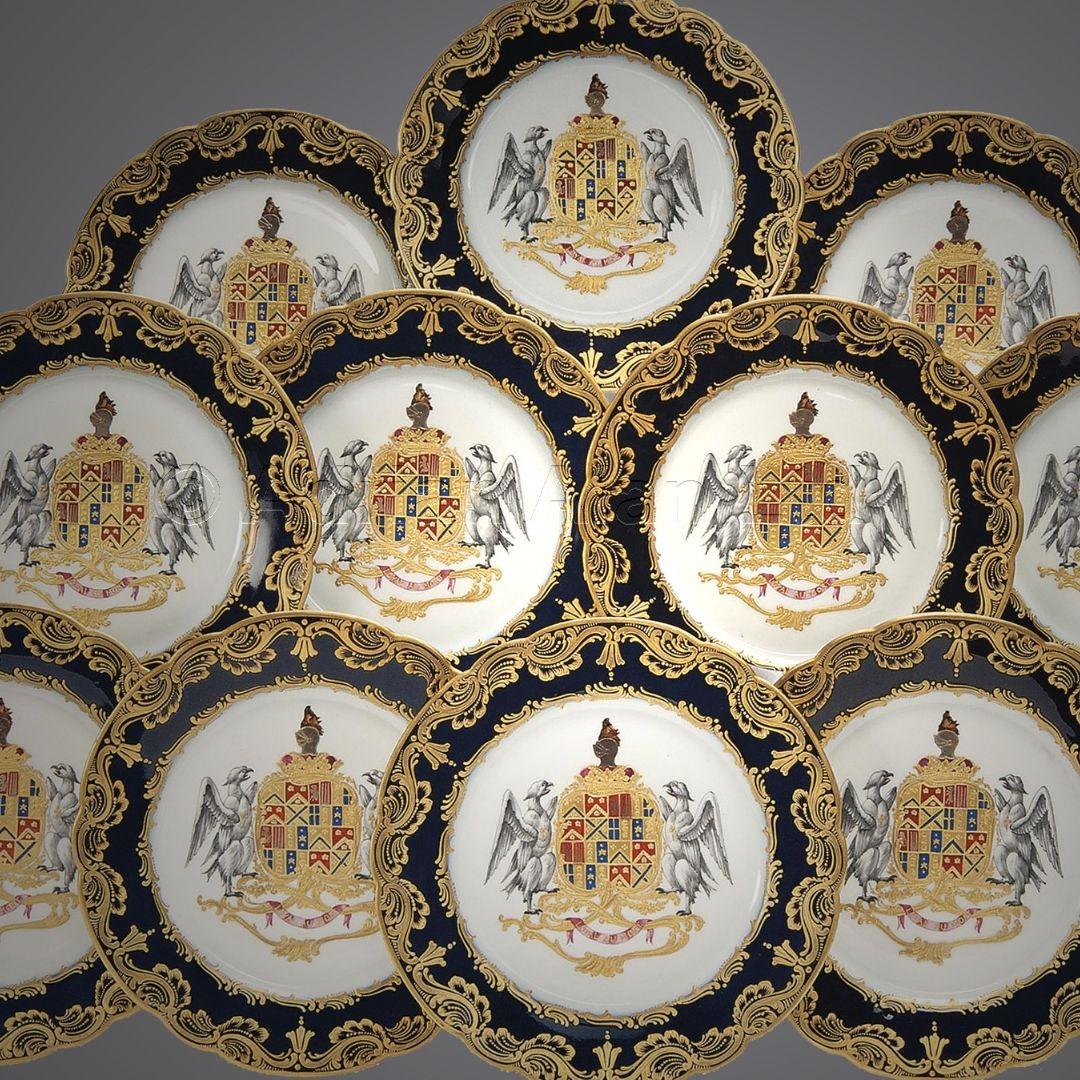 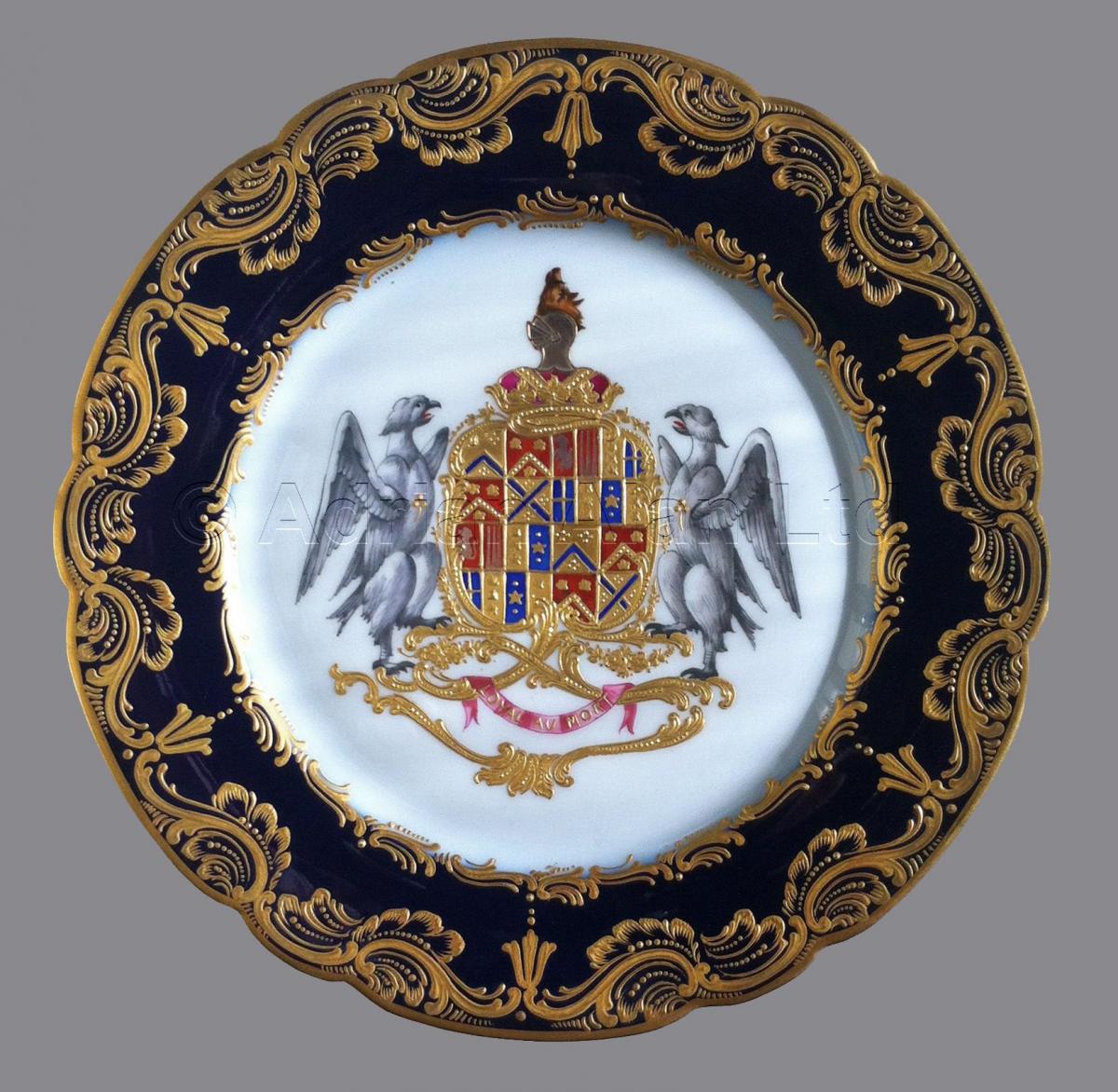 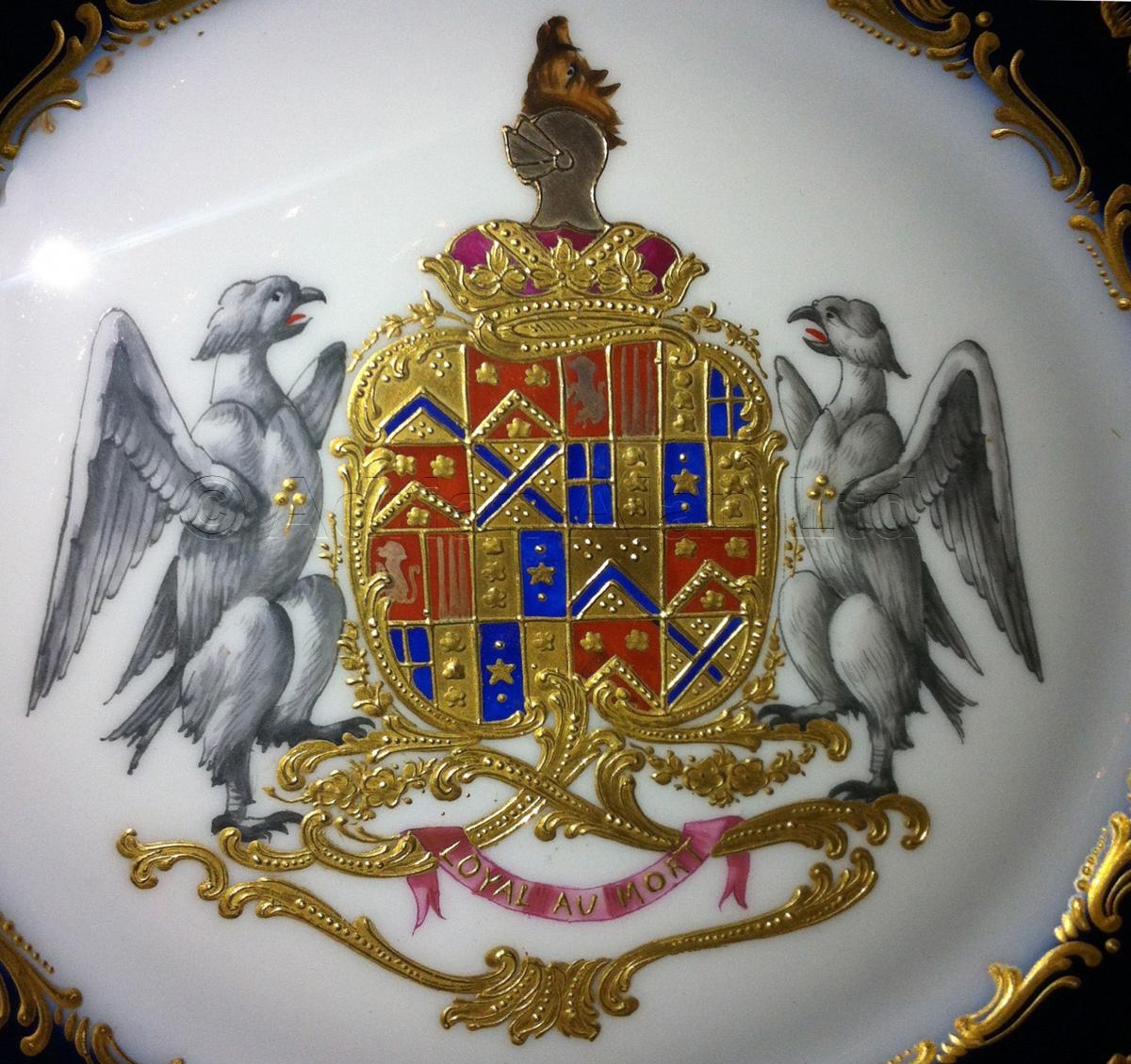 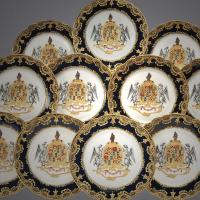 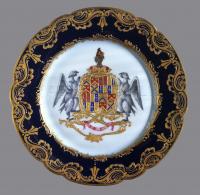 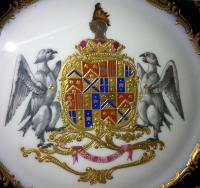 Marked to the reverse with blue underglaze interlaced ‘L’s’.

Each plate is finely painted and gilt with a dark powder-blue scalloped border and pendant husks, centred by  the arms of  the Loftus family, Earl’s of Ely.

The arms consist of a shield with supporters of two eagles, wings inverted, argent, each charged on the breast with a trefoil slipped azure, and motto 'LOYAL AU MORT'.  The Earl’s coronet is surmounted by a helmet bearing the crest of a boar's head erased and erect.

A comparative  Royal Worcester bowl with dark blue and gilt border and centred by the arms of  Nicholas Loftus dating from 1766 is in the collection of the Victoria & Albert Museum, London [VAM 414:523-1885].

The Sèvres Porcelain manufactory was founded to the east of Paris in the disused royal château of Vincennes, late in 1739-40.

It was not until 1756 that it moved to the village of Sèvres, west of Paris, strategically placed en route to King Louis XV's palace of Versailles. Here it was also adjacent to Louis's mistress Madame de Pompadour's own château at Bellevue.

A great lover of Sèvres porcelain, she was delighted with the factory's new location - as she knew she could entice Louis to take a greater interest in it when it was so near to their own residences.  Indeed, the King became such a keen patron of the factory that when in 1759 it ran into financial difficulties, he bought out the shareholders and became the sole proprietor. The factory remained a royal enterprise until the French Revolution, when it was nationalised.